in the latest short film from their ‘living with sky-frame’ series, the swiss frameless sliding door specialist evokes a seasonal dreamscape to showcase the intangible qualities of its glazing solutions.

it’s a cold winter’s night in a suburb of moscow. a family gathers in a stylish villa to celebrate a young girl’s birthday. as she gazes through the full-height sliding glass doors, the girl imagines a figure skater pirouetting gracefully on an ice rink as the snow falls softly around her. is she daydreaming about her future self? all we know is that she sees more than the simple reality beyond the glass.

this poetic vision of childhood imagination is captured in a new film produced by swiss frameless sliding door specialist sky-frame. the film, which is titled ‘living with sky-frame: moscow’, invokes feelings of familial comfort and long evenings spent indoors sheltered from the elements, as well as reminding us of the wonder of youth. its core message is that it is not what is visible through a window that matters, rather it is about what we see. 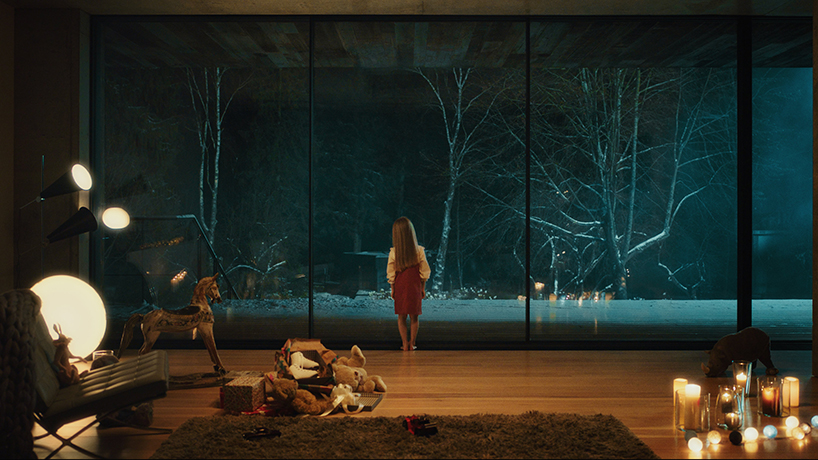 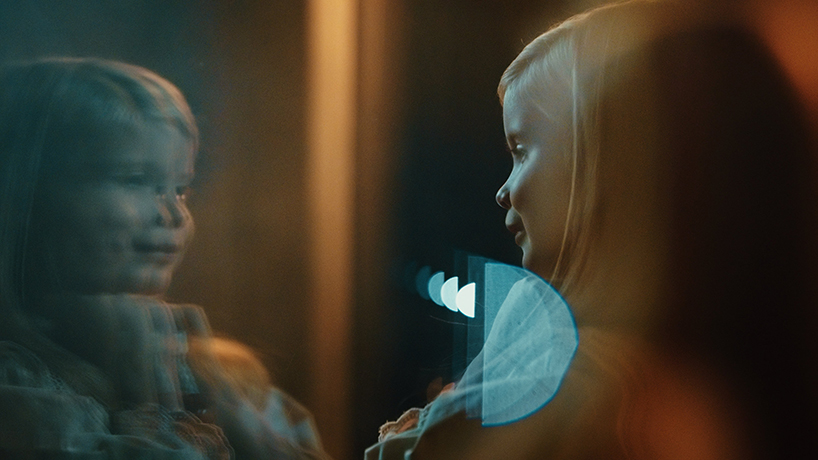 ‘living with sky-frame: moscow’ tells the story of a young girl who imagines her future self as she gazes through a window at a wintry scene

‘moscow’ is the latest in a series called ‘living with sky-frame’, in which the brand showcases the intangible qualities of its high-end glazing solutions. according to the company’s head of marketing and communications, andrea zürcher, the film’s sumptuous cinematic production and heart-warming story set it apart from typical promotional materials that simply detail the key features of new products. ‘we wanted to create an inspirational story that captures the emotions of living with sky-frame,’ she explains. ‘text and images are not enough to communicate the feeling of being immersed in your surroundings and seeing the world without any boundaries.’

sky-frame asked stuttgart-based russian film producer boris noir to direct the seasonal film, which took several months to plan and produce, and was shot on location in moscow in february 2020. noir has an artistic directorial style that suited the unusual brief for this project. the director and his creative team worked alongside sky-frame to develop a concept and story that manages to evoke the sense of excitement and possibility felt by children everywhere at this special time of year. 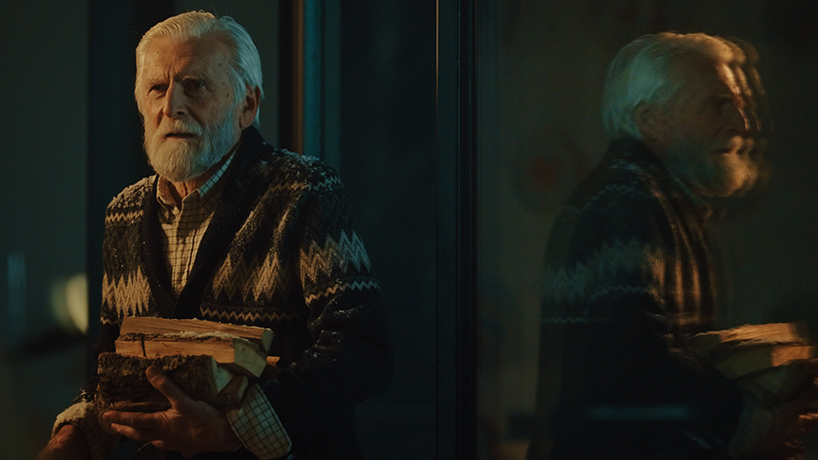 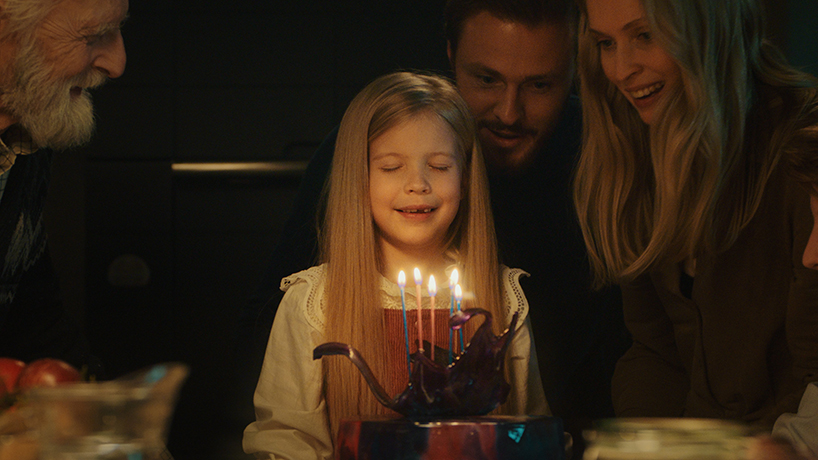 ‘the winter season is always charged with a lot of emotions,’ suggests noir, who was given plenty of autonomy by sky-frame to deliver his dreamlike vision of a winter wonderland. ‘it’s the holidays, and people celebrate by coming together. we had the chance to dive deeper into the magic of storytelling and create a spark that allows the audience to escape into a movie-like landscape.’

the film’s mood is intensely warm and homely, with soft lighting, candles and reflections all contributing to the wondrous spectacle. it feels as if we have been invited to participate in an intimate family event and we wish we were really there, experiencing the conversation, the food, and the general sense of conviviality. it’s hard not to feel moved by the smile on the little girl’s face as her spectacular birthday cake is presented to her, or to reminisce about our own childhood dreams as she imagines the graceful figure skater gliding across the ice. 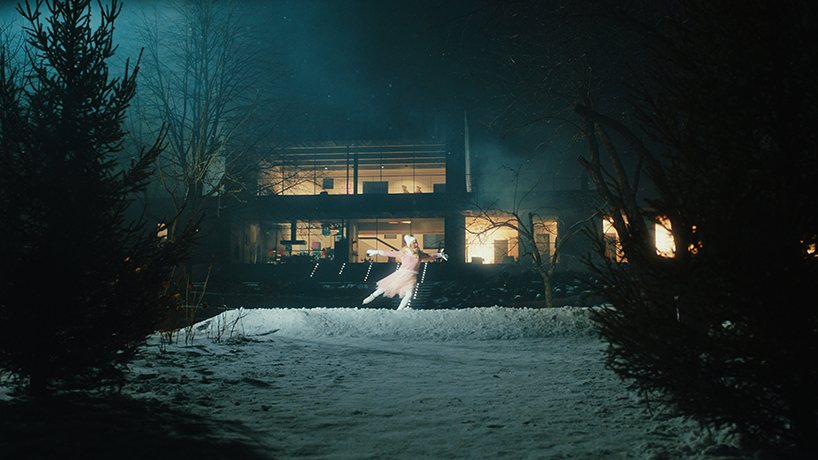 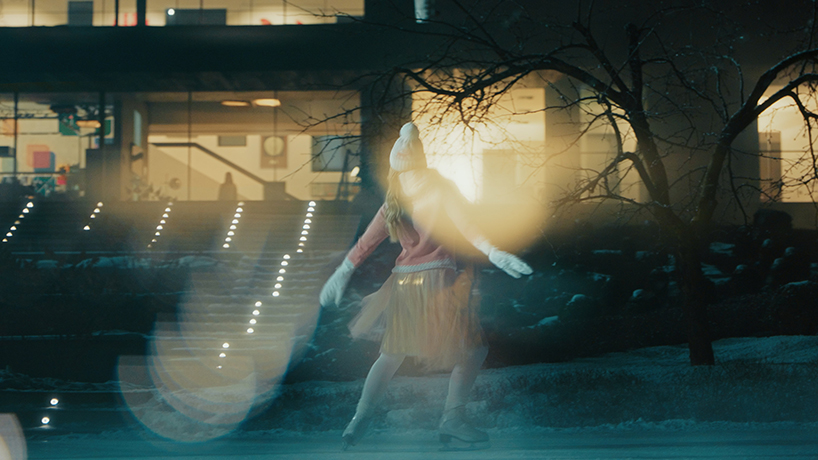 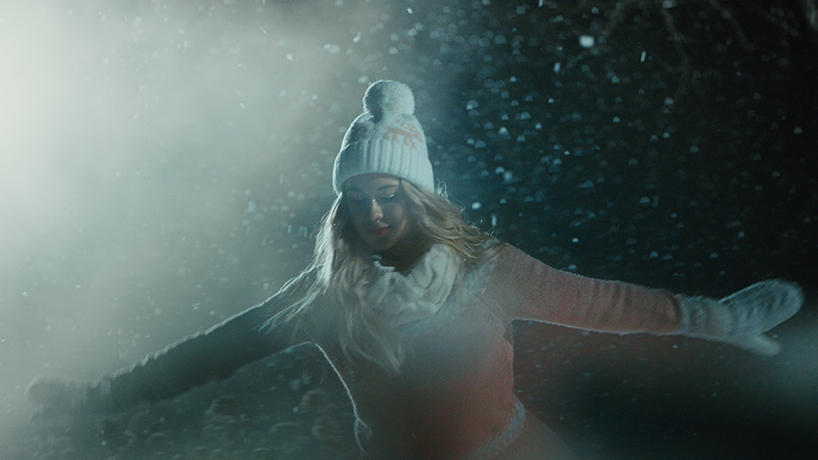 a luxurious villa with full-height glazed walls provides the setting for the film, in which a figure skater glides gracefully across an ice rink

‘moscow’ also achieves its objective of communicating the unique qualities of sky-frame’s products in a creative and emotive way, with the clever use of light and reflections emphasising the magical properties of glass. close-ups of the girl skating in the snow, as animals including an owl and a reindeer watch on, immerse us in a scene that provides an abstract and fantastical interpretation of sky-frame’s motto, ‘a view, not a window’.

‘the film is about a little girl who uses her imagination to see her adult self as an amazing figure skater, but really it’s all about your own perspective,’ the director points out. ‘how you see the world is unique, and the same view can mean a thousand different things to the people enjoying it.’ 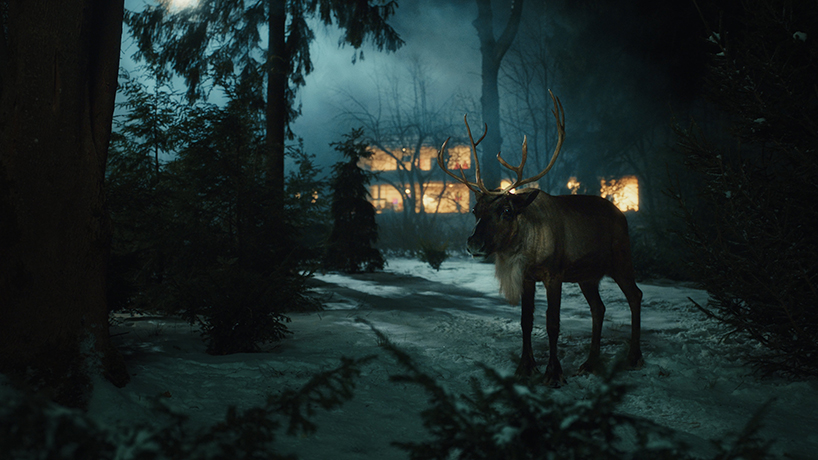 as the nights grow longer and the temperature drops, it is comforting to be reminded that winter brings with it opportunities to come together and celebrate with friends and family. sky-frame’s film helps us to picture what we can hopefully all look forward to over the coming months – quality time spent indoors, out of the cold, surrounded by warmth and love and our dreams of a brighter future. 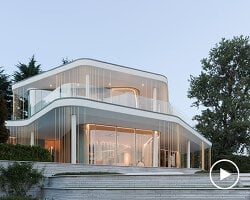 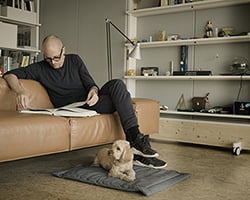 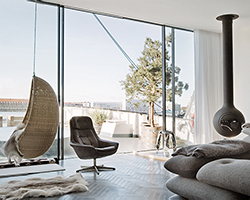 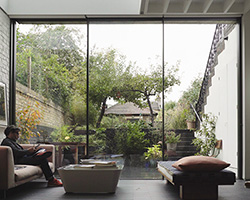