the LM project is a new building project on the waterfront in copehagen. 6 architects were selected to present proposals for the design earlier this year with steven holl architects coming out on top. however, holl’s proposal was met with some criticism, including on world architecture news. in response the danish firm 3XN revealed their own scheme. unlike holl’s design, 3XN unified the bridge and tower complex into one fluid movement. their arched structure also frames the entrance to the city like a traditional town gate, spanning the two docks. 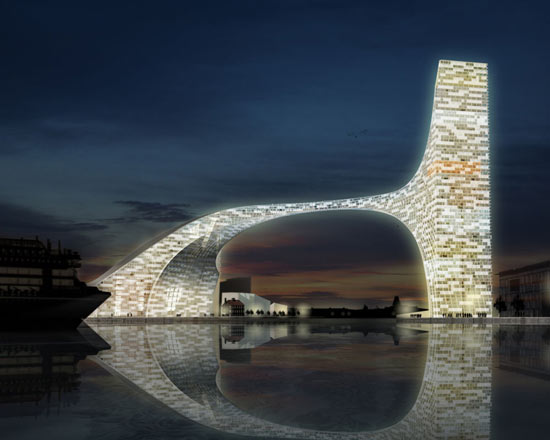 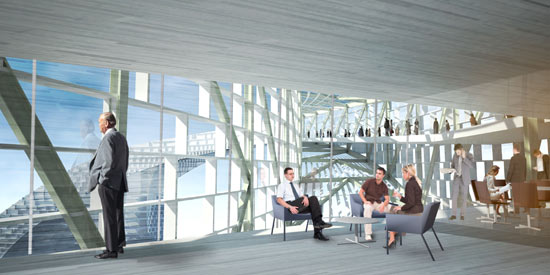 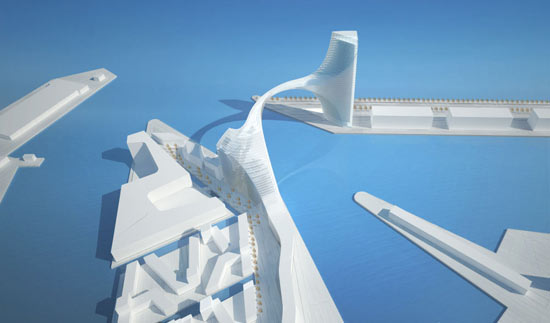