’24-hour scope’ – from central park into the guggenheim museum

the mechanized vehicular transportation system moves visitors indeterminate distances, while keeping them relative to the interior environment. within the scope, you find yourself suspended within the column of air at the centre of the guggenheim space. you realize you are unable to go any further. there is no connection to the museum, you do not land on the museum’s ramp that you see, you cannot view the art, but you’re still in the city. you’re back where you began. 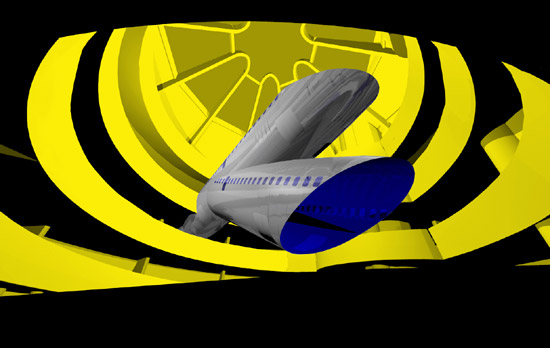 the scope would be suspended over the rotunda, but does not extend right into the museum exhibition space 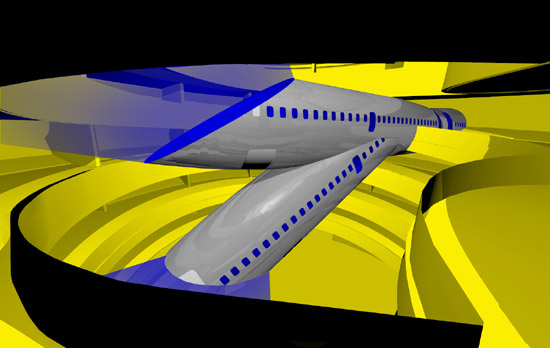 two apertures are available for entry and observation 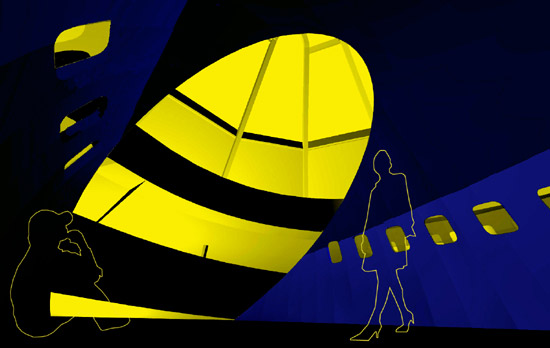 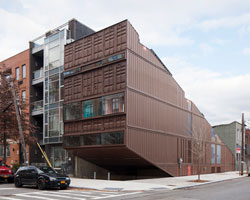 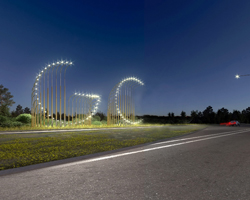 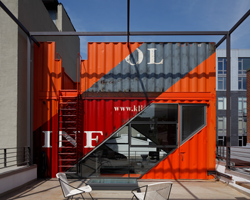 Sep 26, 2016
LOT-EK remodels a brooklyn residence with a penthouse made from shipping containers