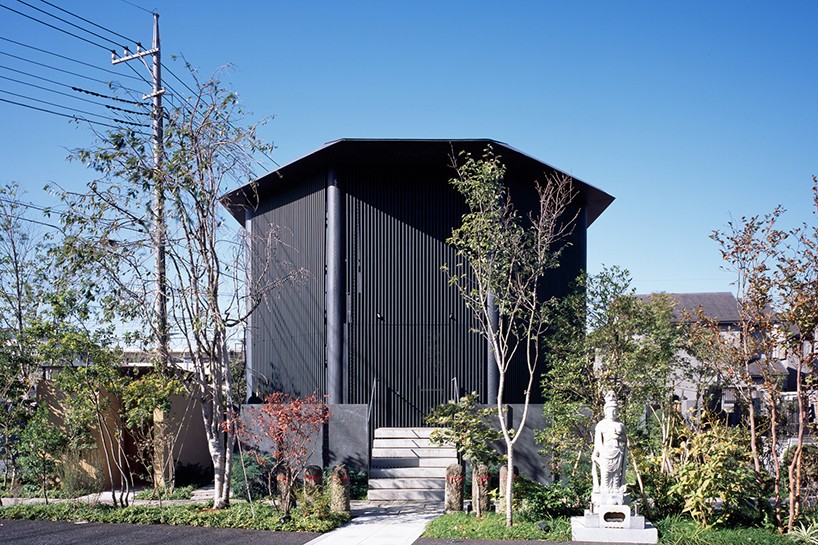 love architecture has renovated a building within the grounds of the historic ryusenji temple in hopes for it to stimulate activity among locals and evolve as a place for gathering for the community. built in the city of kawaguchi, japan, the site over time had changed into a funeral hall and parking lot, oppressing the appearance of the main temple building. tall fences run around the premises and closed off the buildings making it an uninviting place. 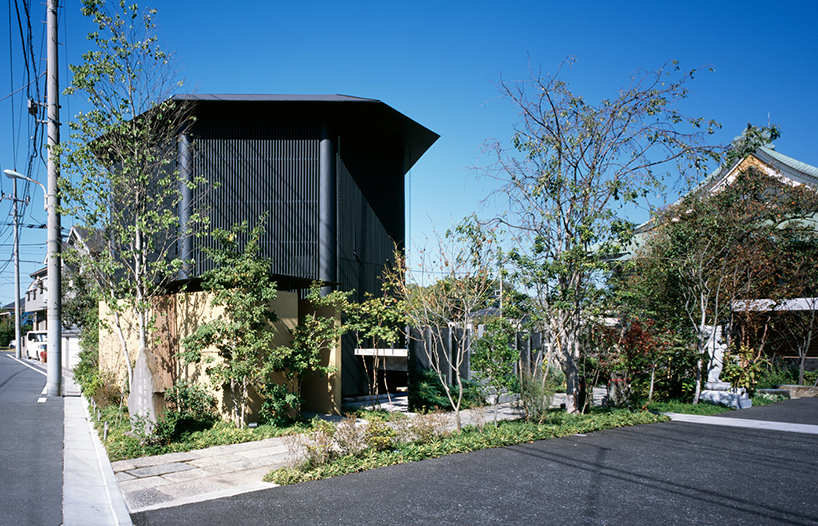 the over 40-year-old ‘charnel house’, which was rarely in use, stood in a quiet way and now has been renovated
all images © masao nishikawa

the designers at love architecture approached the project with several techniques. the originally curvy front has been made straight, and the existing granite stone has been used to focus the perspective on the main temple. the octagonal form represents hades; essentially the form of the universe. the dim lit entrance makes one aware of the change in place through the difference in light. the spiral staircase in the center is made of rammed earth.meanwhile, the space where it was originally the front approach has been planted with trees to visually divide the area into funeral and worship areas. jizo and buddha stone statues that were gathered in one place have been appropriately distributed along the front approach. 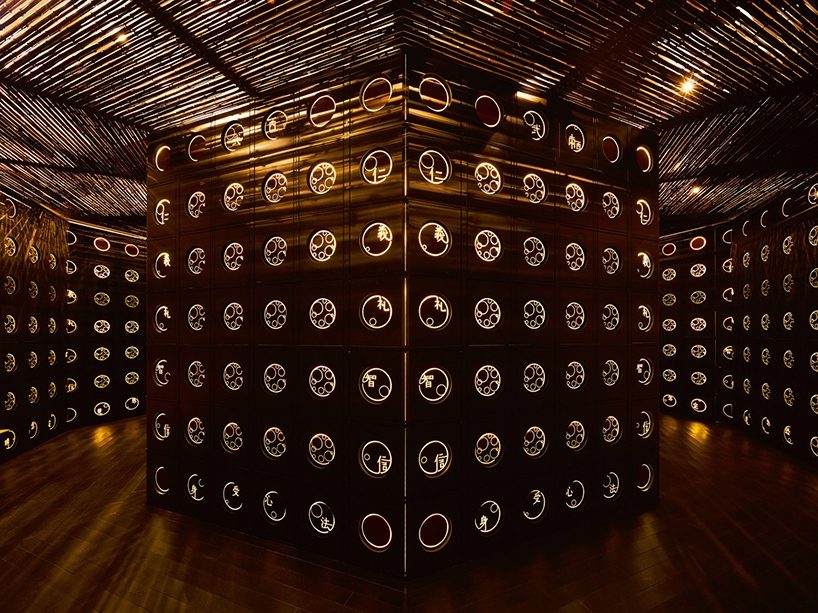 blending nature and architecture was a focus during the construction. the trees along both sides of the front approach and the flowers display the sunlight through trees, and wind through rustling of leaves, and reflect change of seasons through the different fruiting and blooming of flowers. the path leading to charnel house was set as a representative of ‘life’ and the path back from charnel house and towards the graves representing ‘death’. 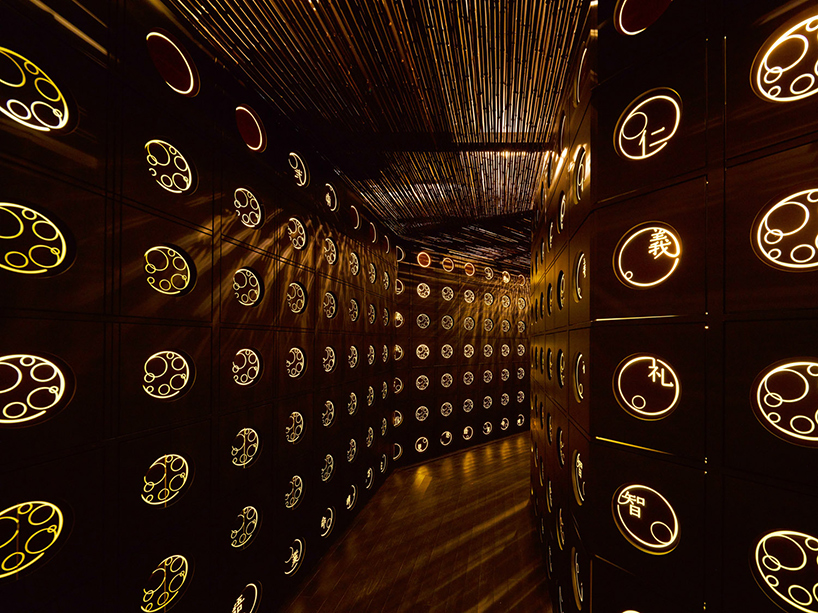 the luminous doors have been made to represent planets 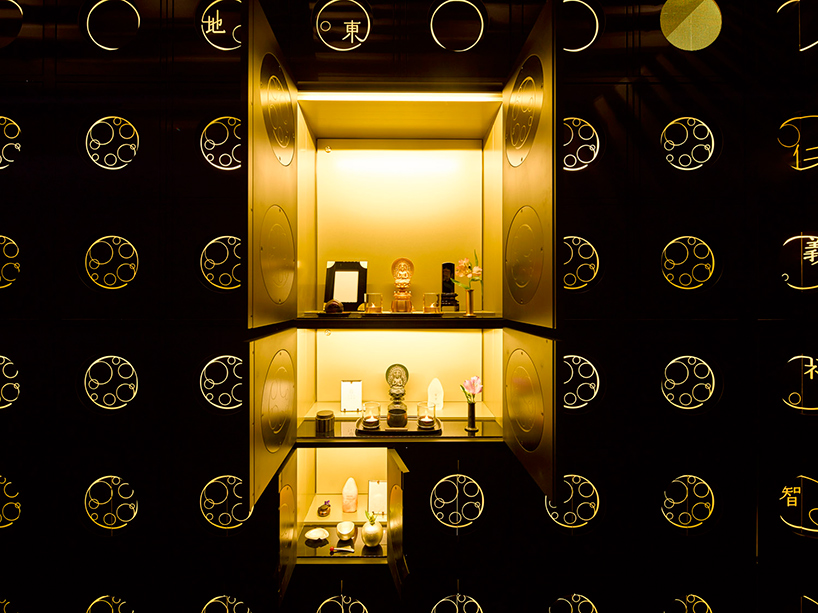 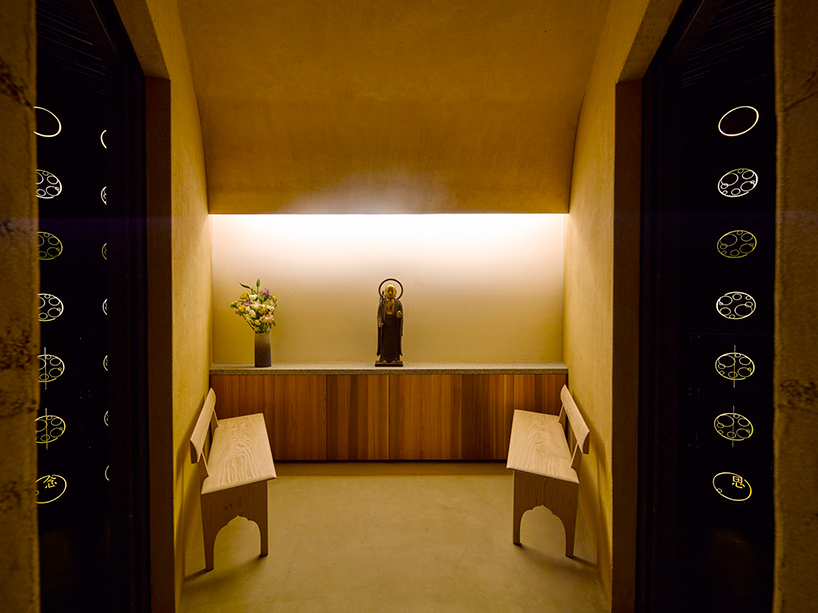 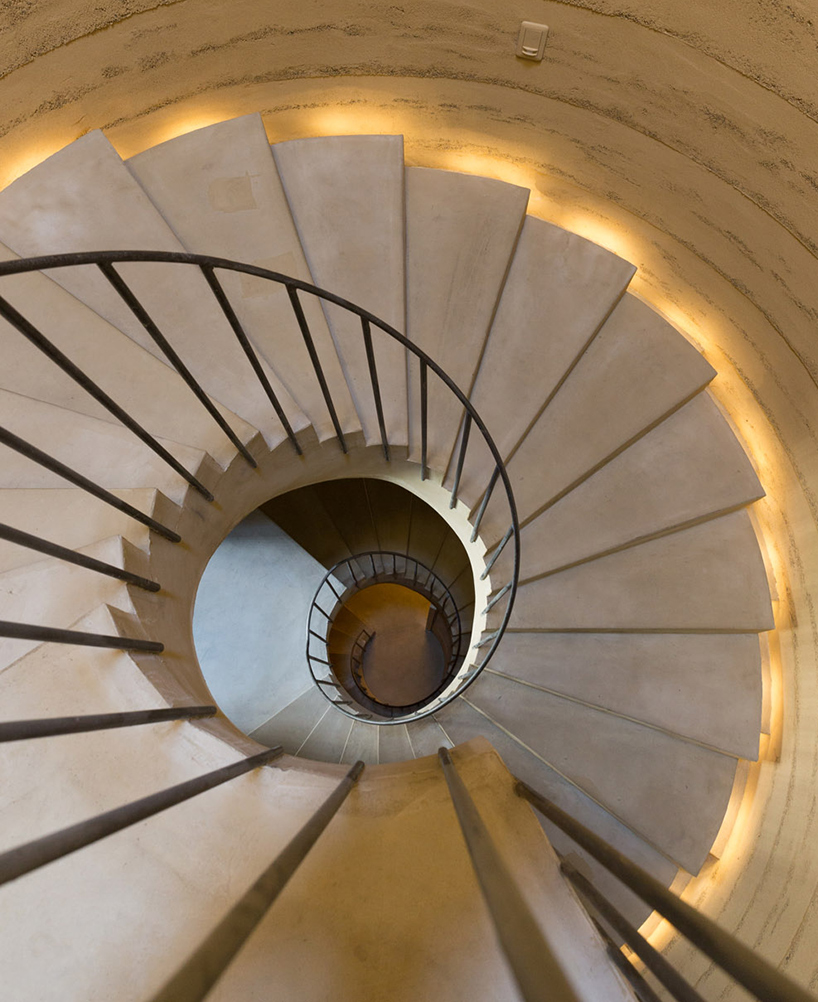 the central spiral staircase has been made of rammed earth 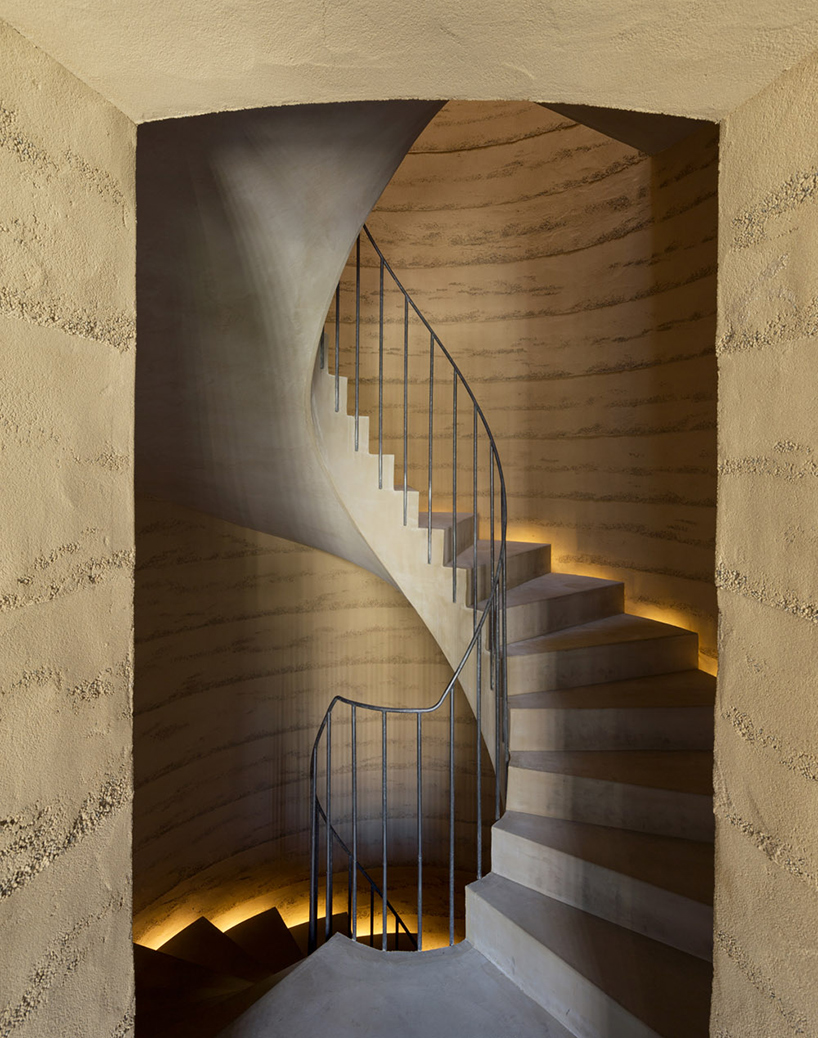 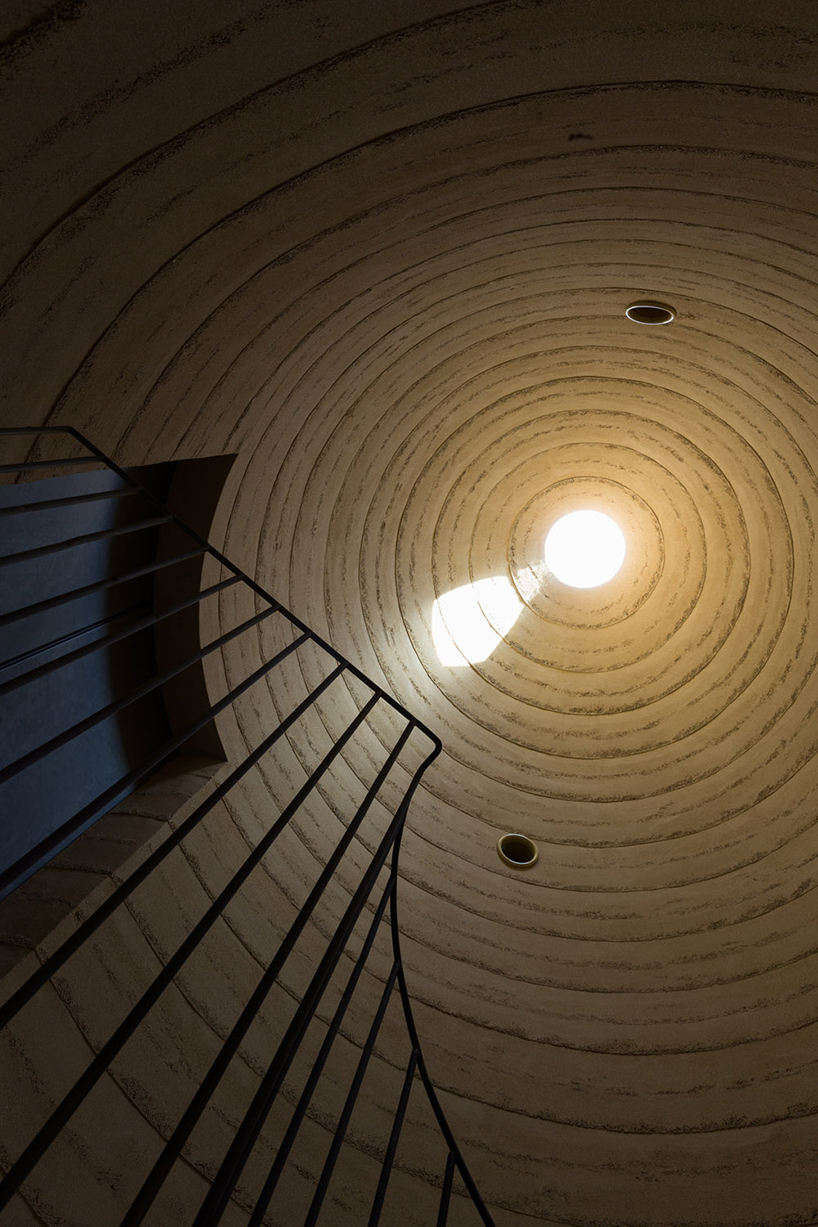 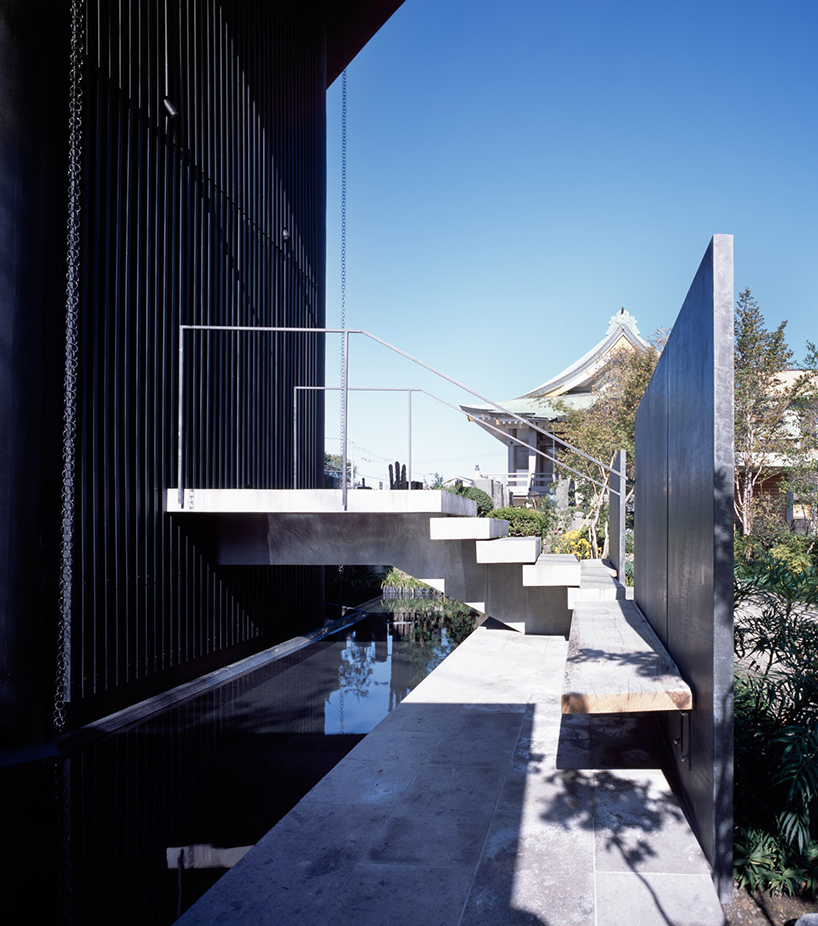 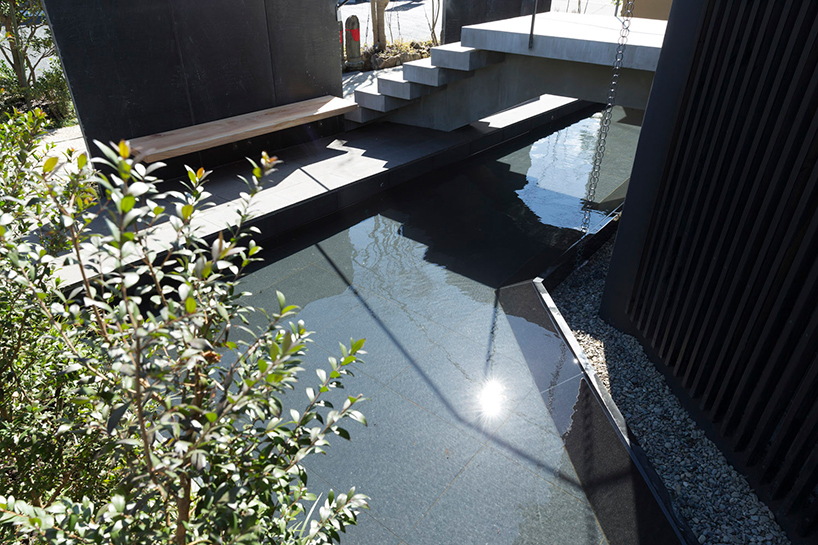 water has been installed around the charnel house 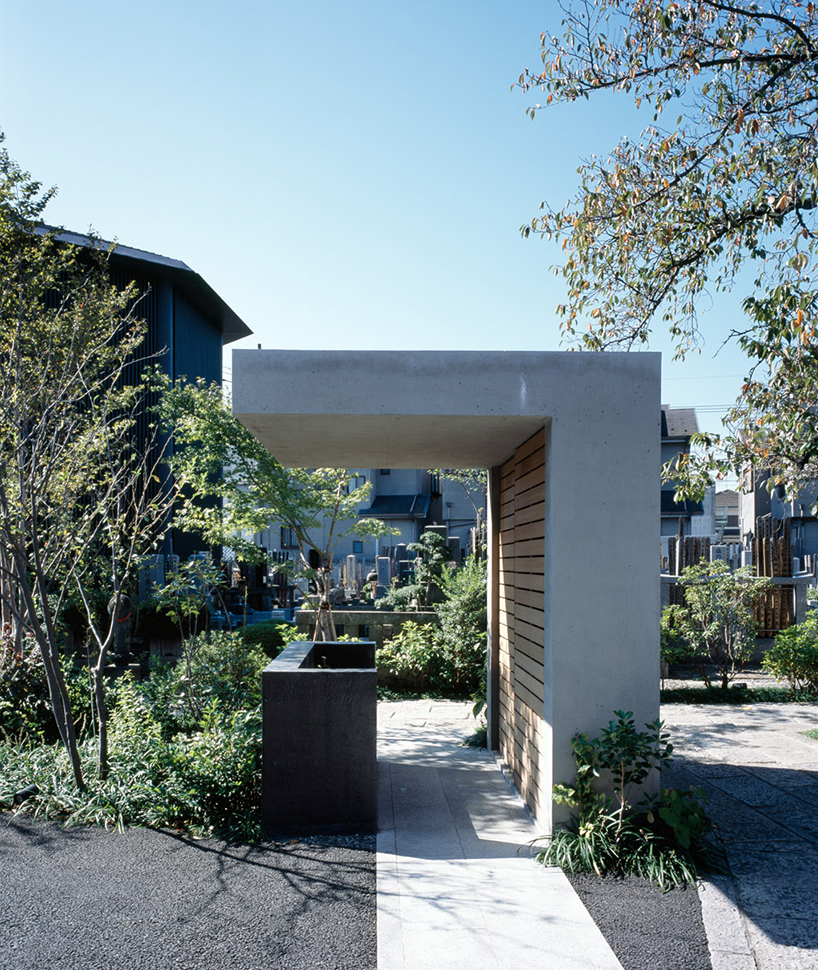 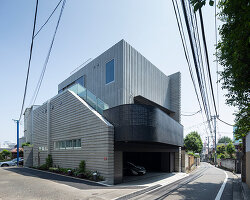 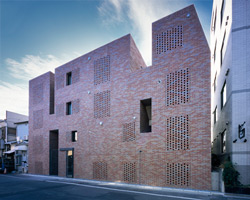