the modern skyscraper is often a compact, vertical element that’s hyper-smooth and completely unharmonious with its surroundings. all issues of which, except that last bit, are addressed and solved in the ‘vertical city’ concept by luca curci architects. the project adapts sustainable technologies to a population-dense, zero-energy tower block. instead of a self-contained unit shut off from the natural environment, the structure is opened with massive hexagonal voids that bring in sunlight, rain, and whatever mother nature has up her sleeve. the interpretation is meant to help residents get outside, into a healthier lifestyle, and also to rethink the relationship between society and nature. 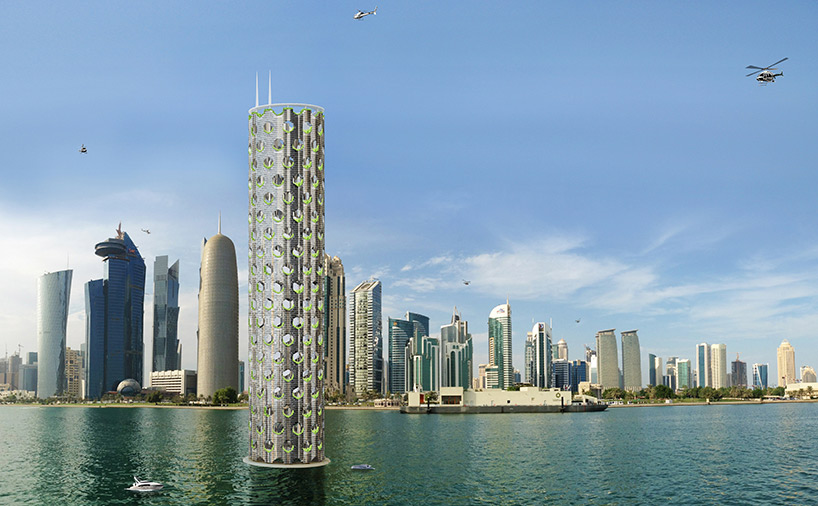 ‘vertical city’ is based on a modular prefabricated structural element that is repeated horizontally as well as vertically. surrounding the form, is a continuous membrane of photovoltaic glass capable — conceptually — of generating enough power to not only run the entire building, but to neutralize mainland buildings as well. the tower is a total of 750 meters tall, some of which is under water. it has a total volume of 3,750,000m3 and is able to host 25,000 people at any given time. spread over the 18 floors is 200,000m2 of green space, 58,000m2 for offices, shops, and 2,500 residences. 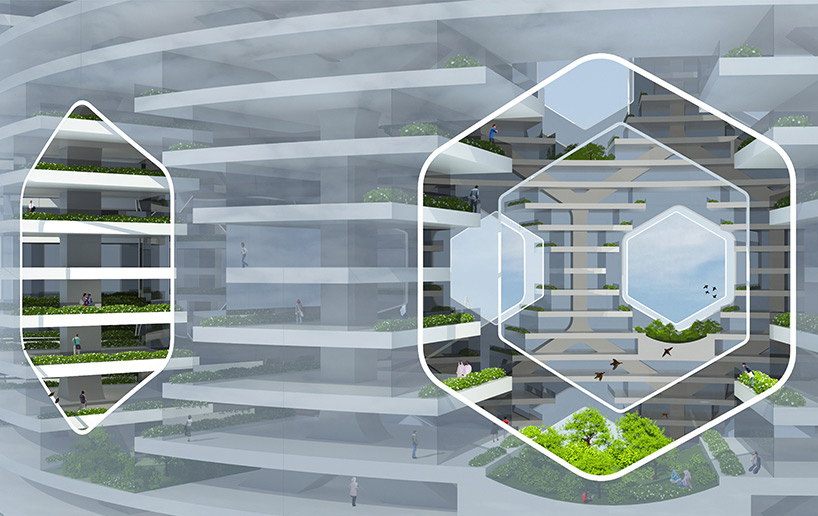 the monolith can be reached by water, air, or land via a semi-submerged tunnel. beneath the sea are a series of levels that host parking — submarine not included — building infrastructure, spas and mediation centers, a gym, and super-lux hotel rooms. also below the surface, is a tunnel that connects the city to the mainland. ‘vertical city’ has a total diameter of 155m, though 120 of those meters are dedicated to the central atrium that runs the vertical length of the structure. 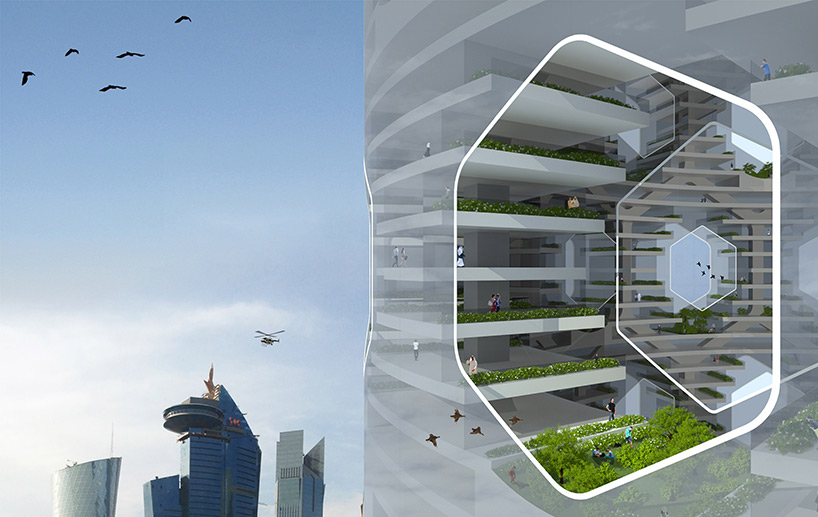 copious green areas are located in each void 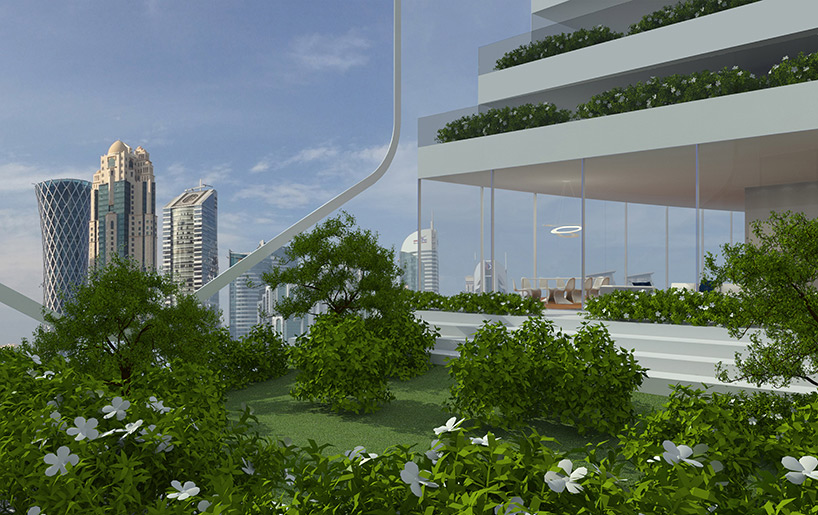 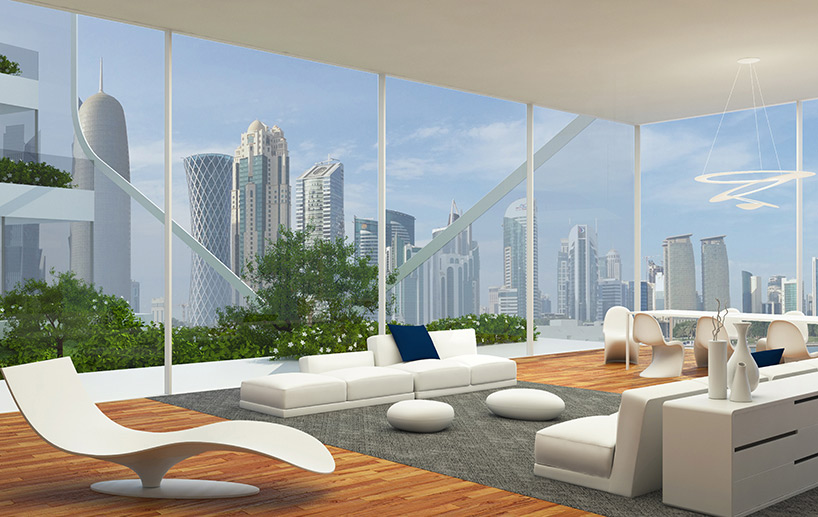 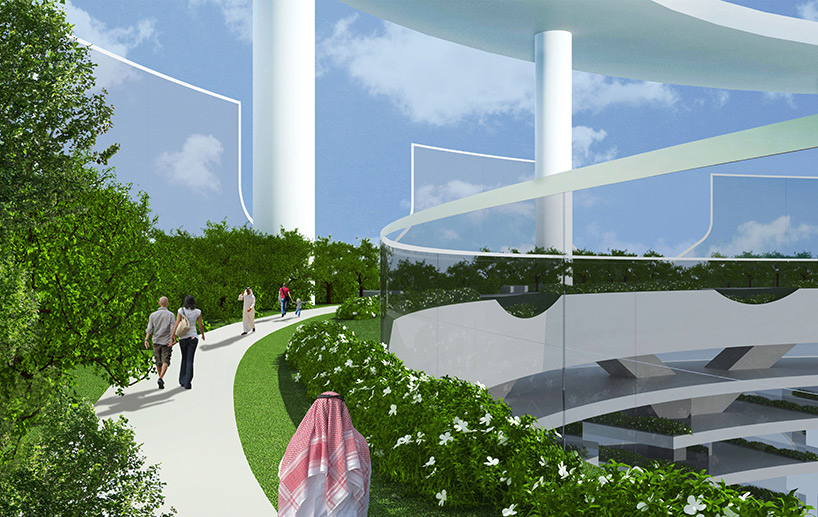 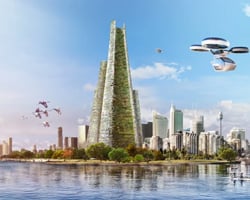 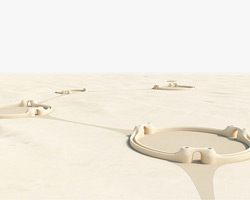 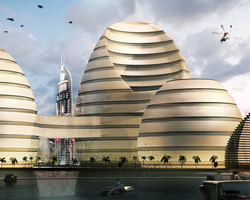