luca poian forms is an italian architecture firm and entrant of UNESCO‘s 2015 cultural center international design competition. the proposal, which would perch over the bamiyan valley and buddha cliff of Afghanistan, provides a portal to the surrounding landscape connecting visitors to the lower valley and beyond. 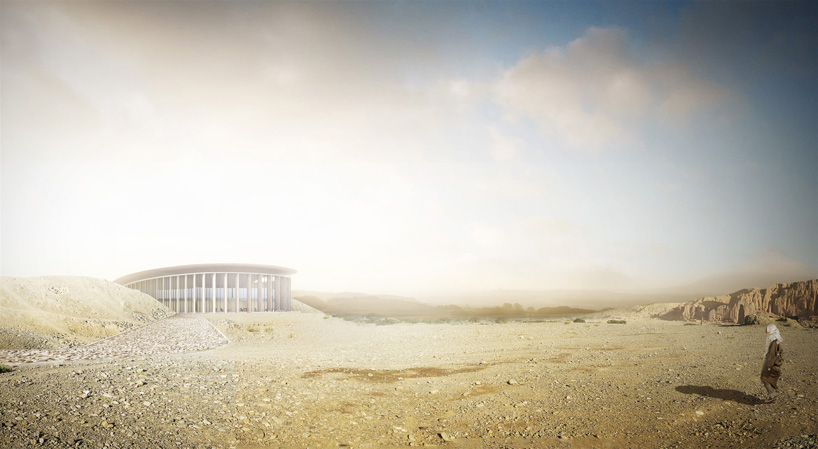 exterior view of the center

the overriding concept is meant to provide a unique experience to the approaching visitor. as one arrives, the geometric folded form of the vaulted-brick roof channels you inside, gently leading into a transcendent environment. light from the perforated brick walls, and a glazed façade–which makes use of the structure’s orientation–floods the interior space with diffused soft light.

view from the lower valley

the building is north-south oriented and features an external enveloping walkway, which serves as a device to focus views toward the buddha cliff. the form defines the main entrance, which leads visitors inside via a four meter descent to a sunken patio where the entrance door is located.

all circulation is organized around the central space and the two levels are linked with easily-accessible ramps. the site provides several classrooms and workshops, which are located on the upper floor. other features including: exhibition spaces, tea house, performance hall and research center, are located on the lower floor to ensure a close relationship to the outdoor areas. 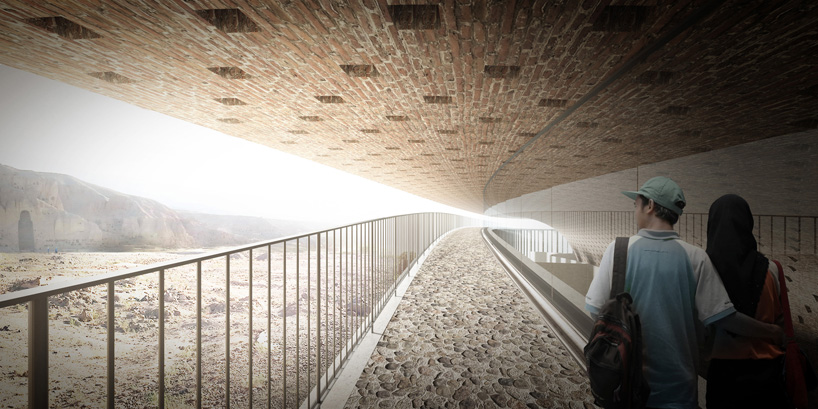 the performance hall is located beneath the entrance patio, enclosed within the base walls of the vaulted room. the walkway along the perimeter is protected by the roof and provides a perfect platform to allow the visitor to experience the landscape. luca poian believes this is the most important aspect of the center, which provides a physical connection to the valley below. 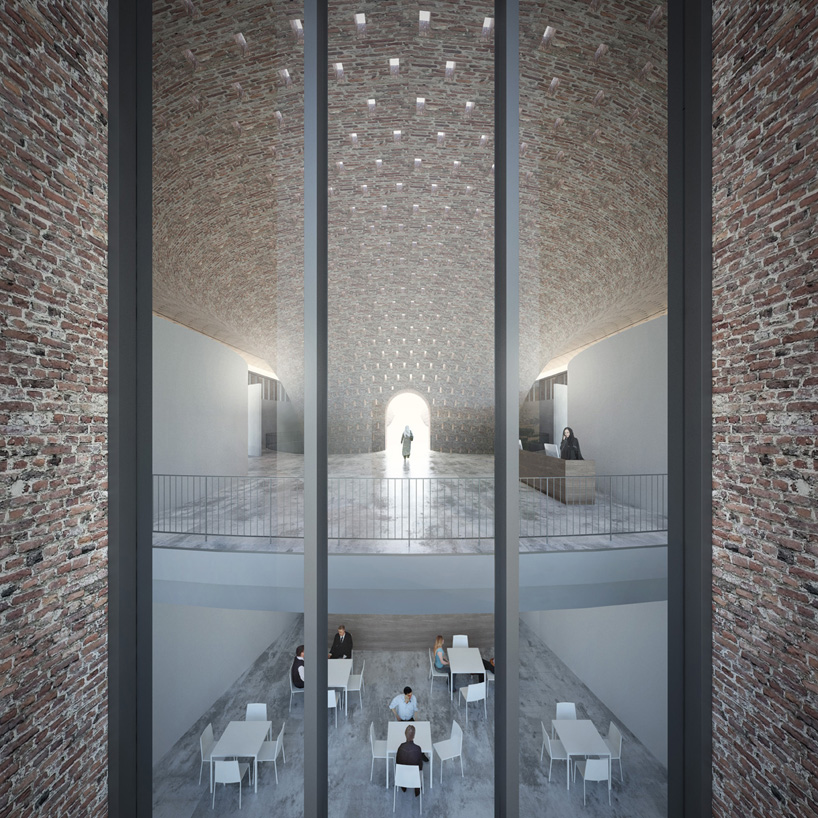 luca poian has ensured that the building is constructed with locally sourced materials. the main material is brick, sourced directly from the land itself. the perforated brick roof-vault is oriented towards the south, where it filters light. because of its inherent large thermal mass, the building absorbs and stores heat energy, releasing the cool accumulated during the night in summer and vice versa in winter. external shed walls support the scenic walkway and are designed to protect the internal space from direct sunlight, whilst always allowing views to the buddha cliff. 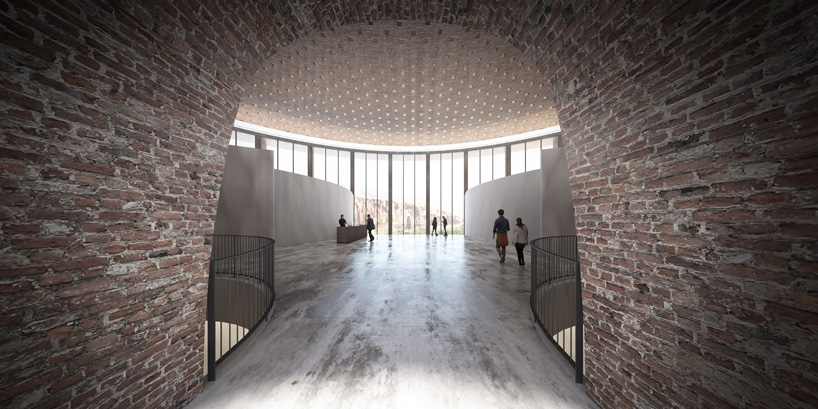 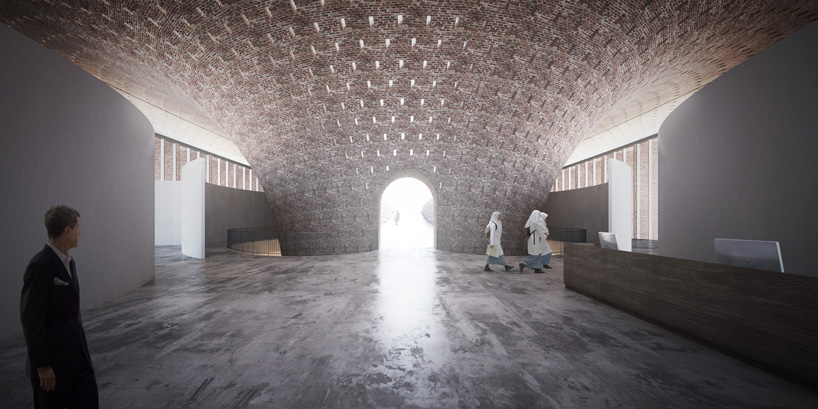 view of central core and doorway to access ramps 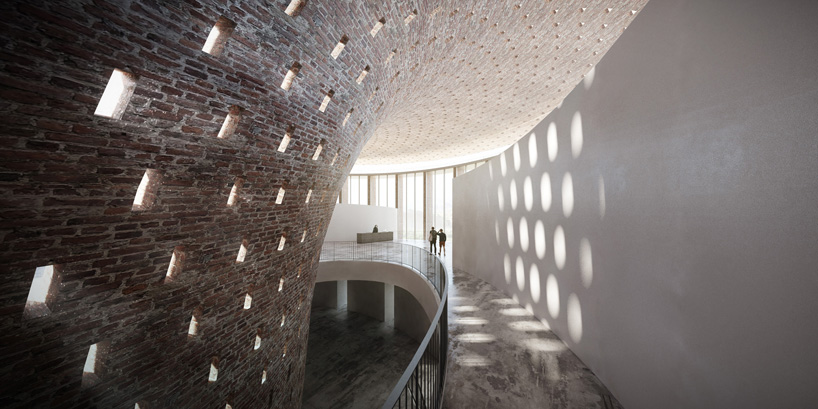 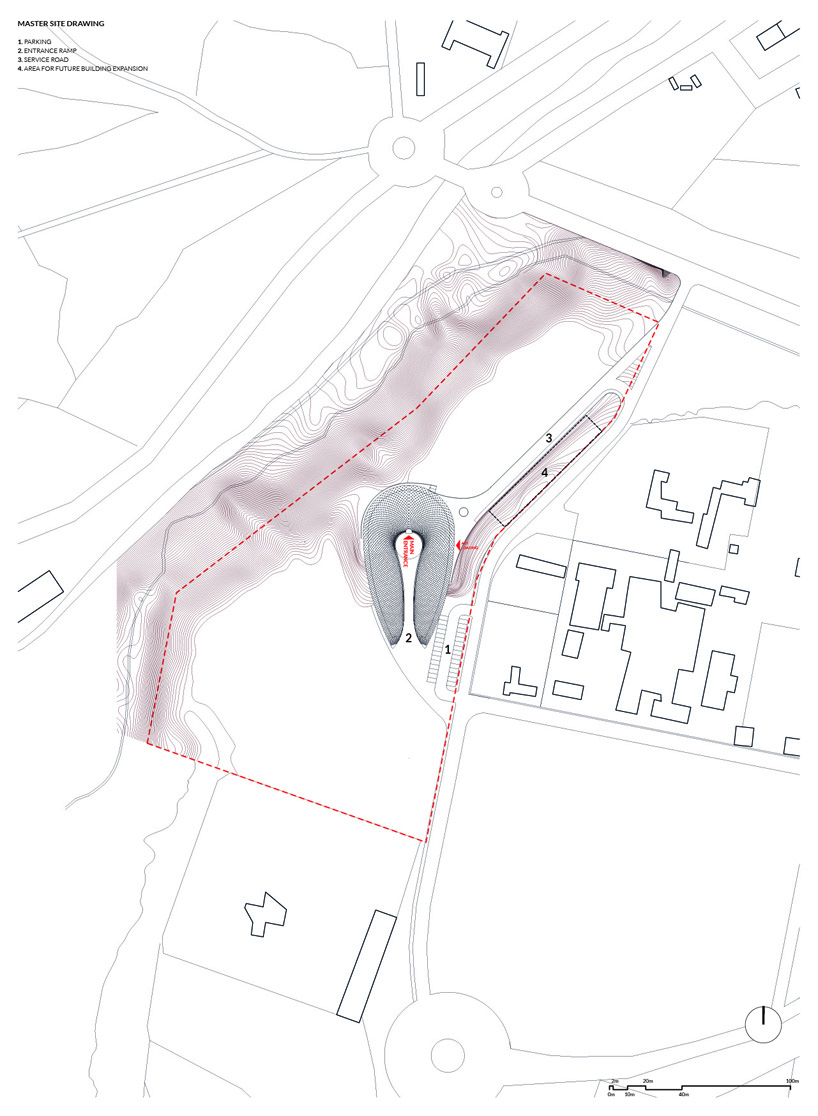 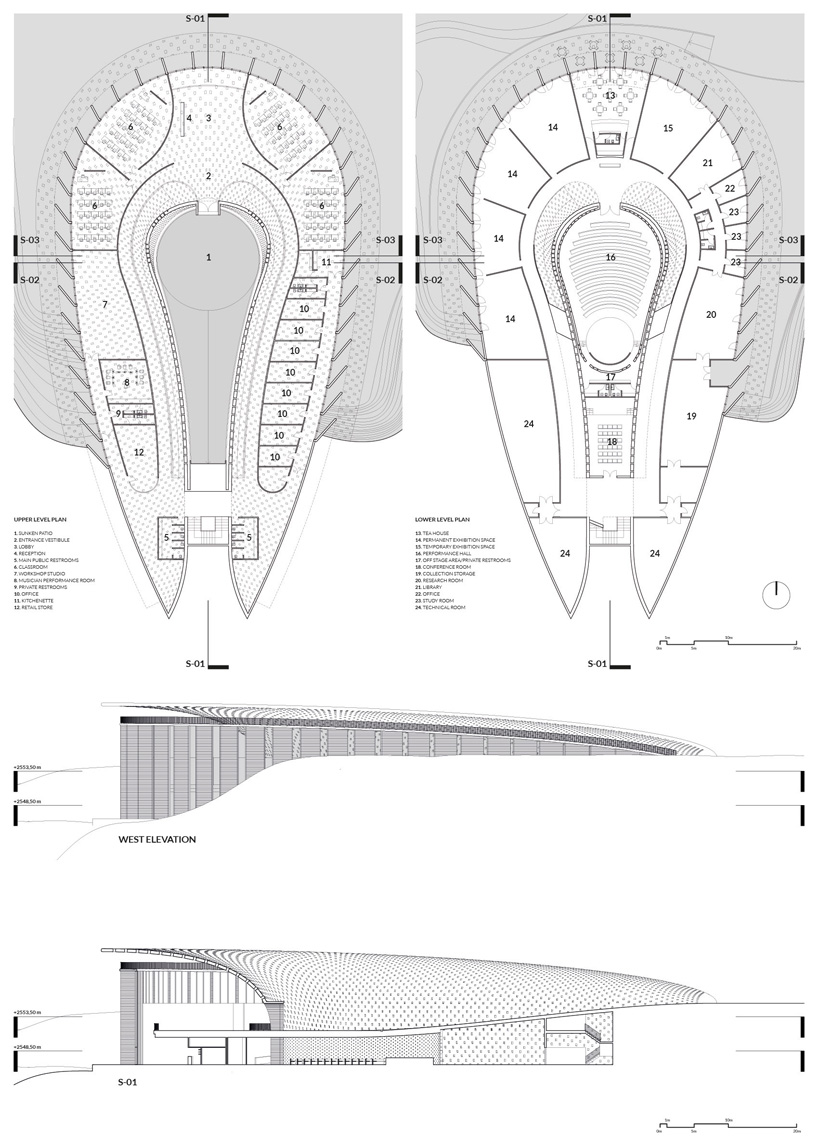 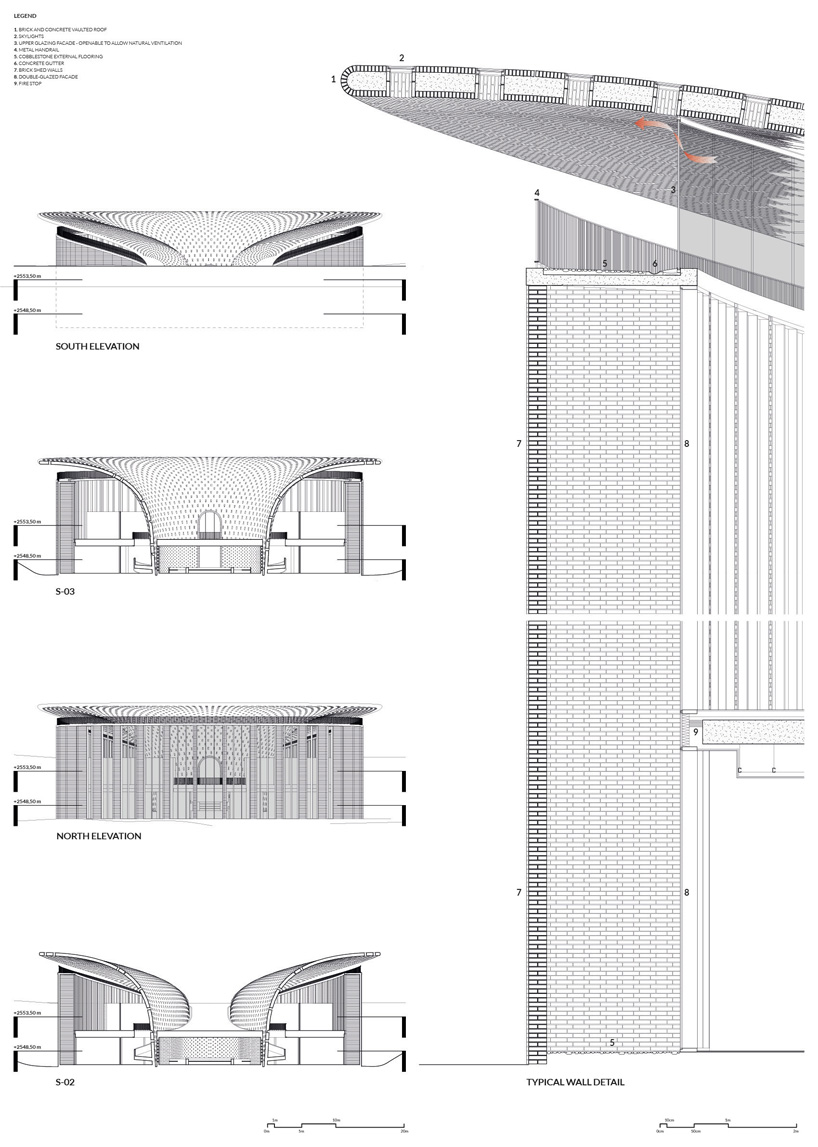 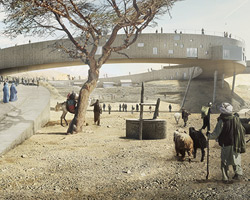 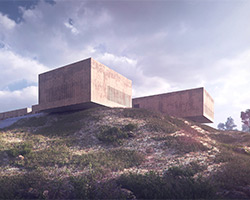 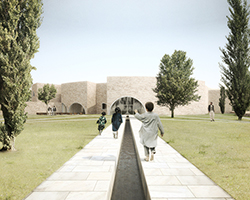 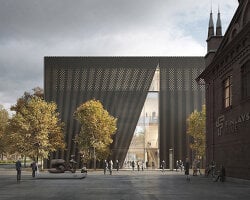 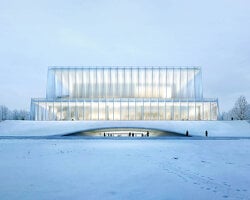 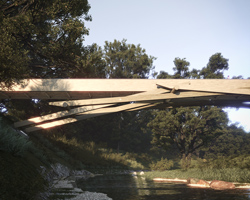