located in coyoacán, inside santa catarina neighborhood, mexican architecture firm ludens has completed a project proposed to be an introverted and intimate house. the facade was made with local material called red ‘recinto’, which is a volcanic type of stone. 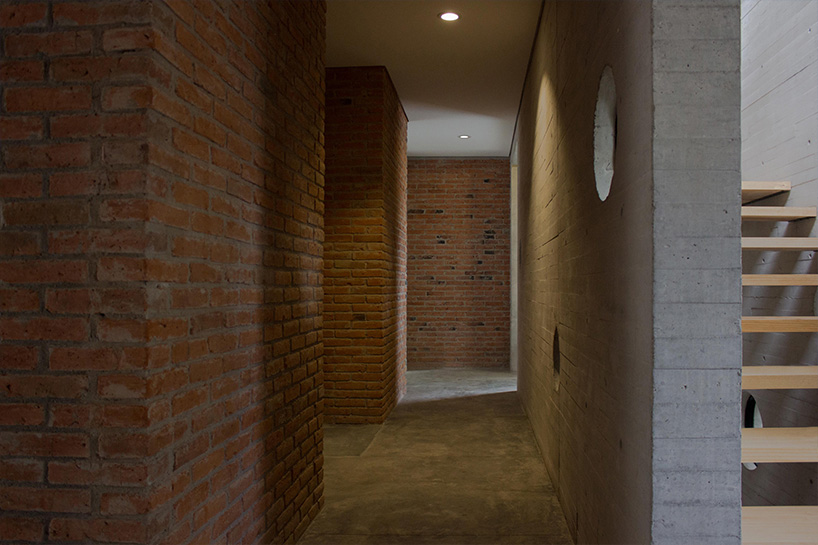 the residence remains closed to the exterior, allowing the interior to define the overall aesthetic through its architectural qualities. the volumes and the organization of the space are planned around two huge ash trees. in response, the principal intention is that every area is be able to make its own association with each plant. 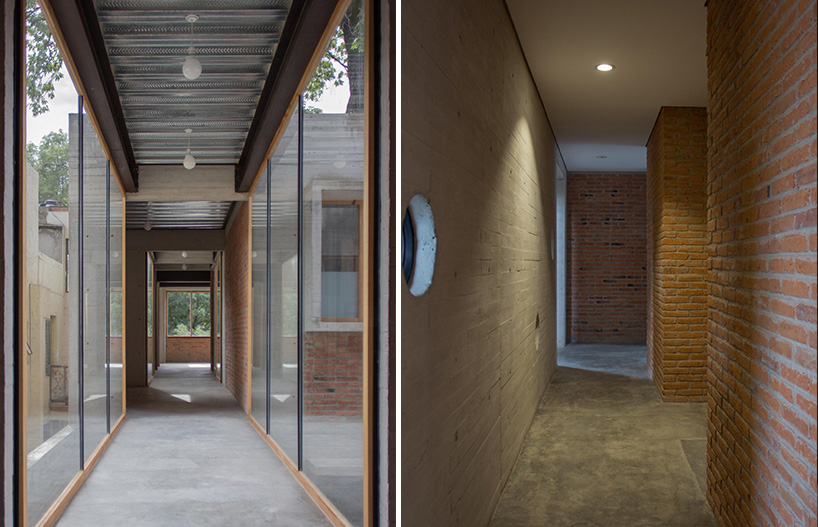 the first tree is situated on the edge of the terrain along a cobbled street. here, the studio includes an illuminated patio that tops off the space and a concrete cube corresponding to the shower cabin in the bathroom. the second tree is close to the core of the ground and it creates a central courtyard that brightens the rest of the programs. on one side, the concrete stairwell is perforated by window circles in a random way, framing the rigid angles of the trunk. on the other side, the kitchen is completely open in order to take advantage of the enclosed greenery using the vegetation as a place to eat outdoors. above, the second level houses the master bedroom, where fenestration orients scenes towards the verticality of the plant with a squared vein that abstracts its texture. taking advantage of the grandiose wooden cortex inside the main suite, the tub extends slightly on the courtyard, creating a direct window to the leaves and the sky. 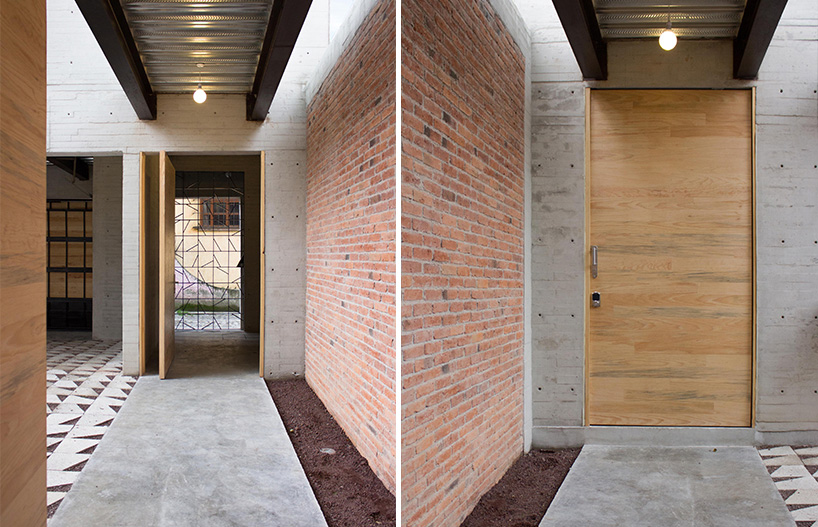 the floor pattern has been designed by briefcase.cc
photo © angélica ibarra

this is how the dwelling is arranged, in slices that separate one zone from another to allow the existence of the vegetation that obtains light and natural ventilation. this same constructive system emphasizes interstitial spaces, generating a series of concrete partitions where every interior façade produces a courtyard made of brick and timber, giving the house a character where the final result is set by the textures, the smells, the acoustics, and the temperature. 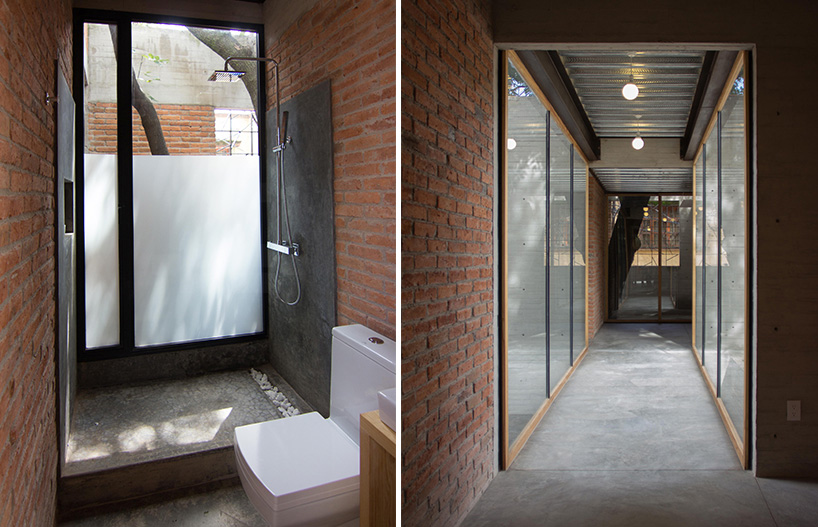 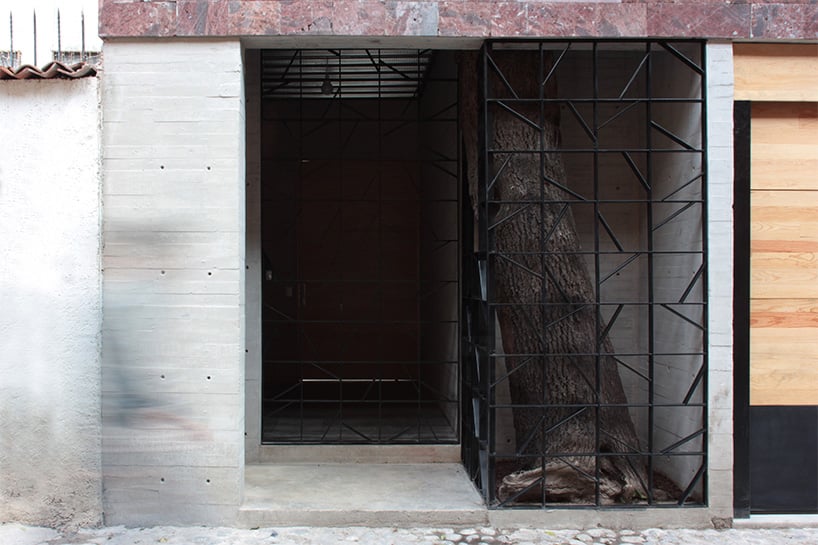 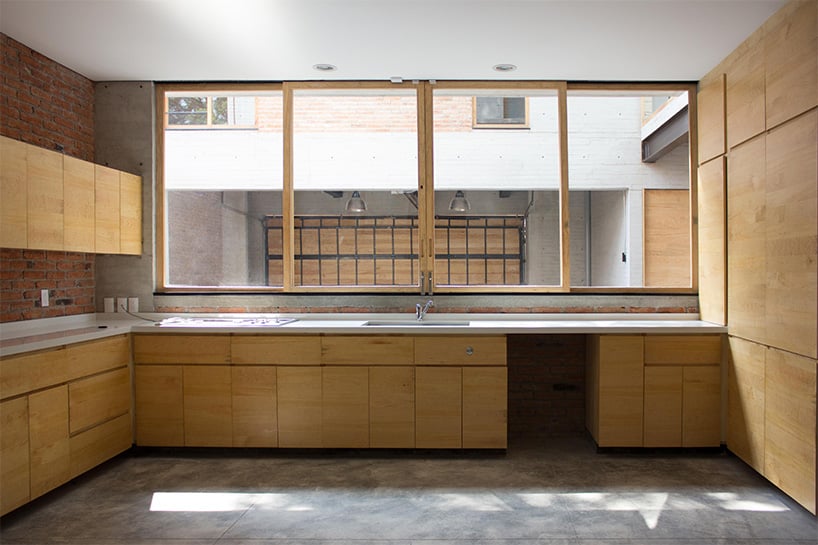 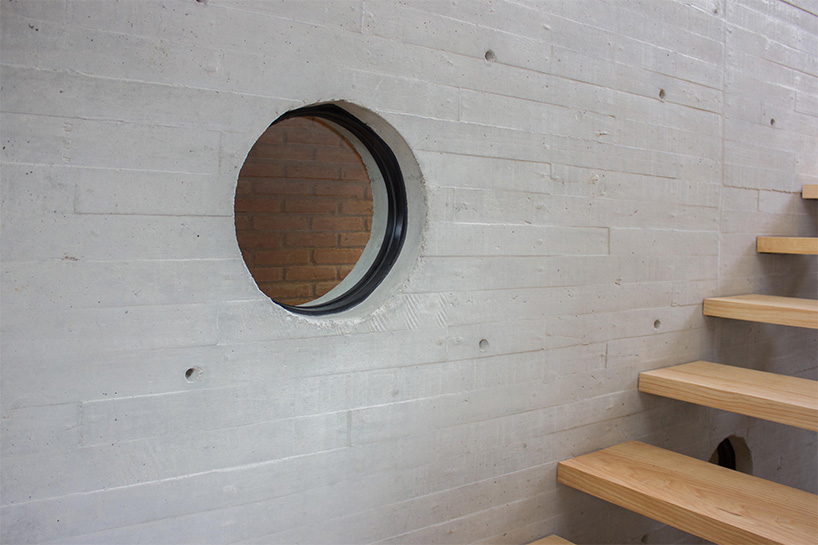 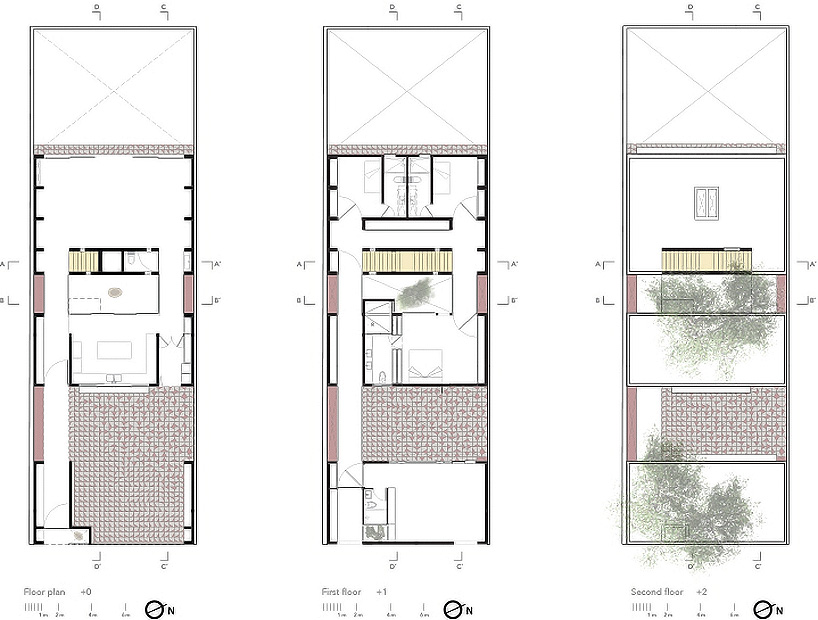 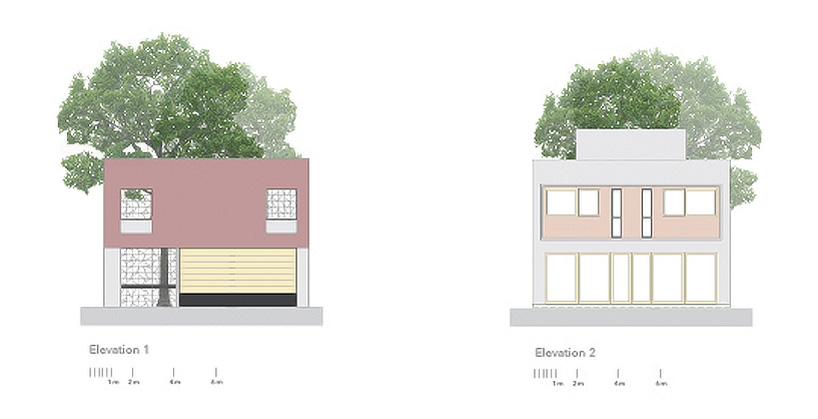 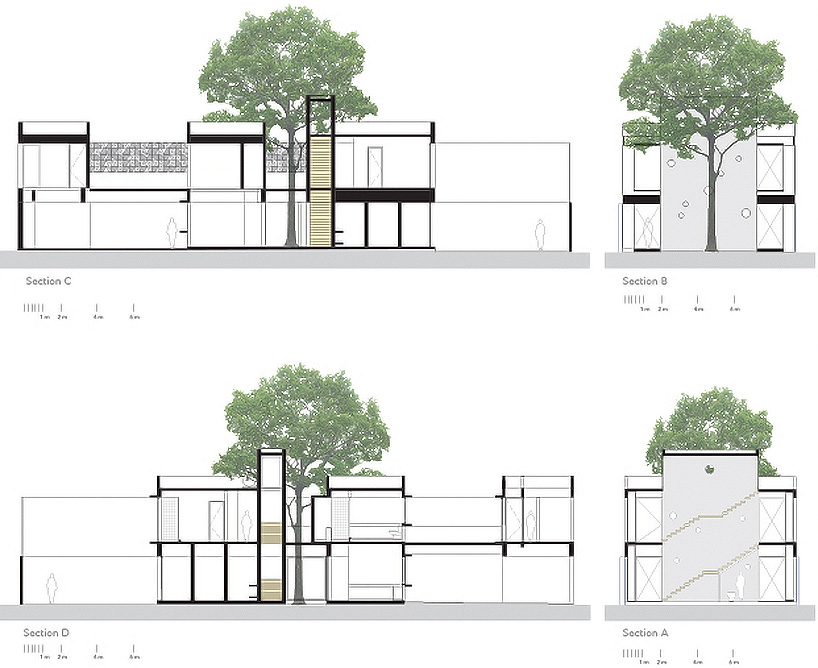