created as a restful retreat adjacent to the beach, this home on stilts has been designed by australian firm luigi rosselli architects. secure from the possibility of rising sea levels, the existing bungalow was extended with an added study, bedroom and a captain’s deck orientated at coast. adopting a discrete cottage character, the property features a veranda with a terrace- wrapping the front of the home and linked directly into the central kitchen and dining. 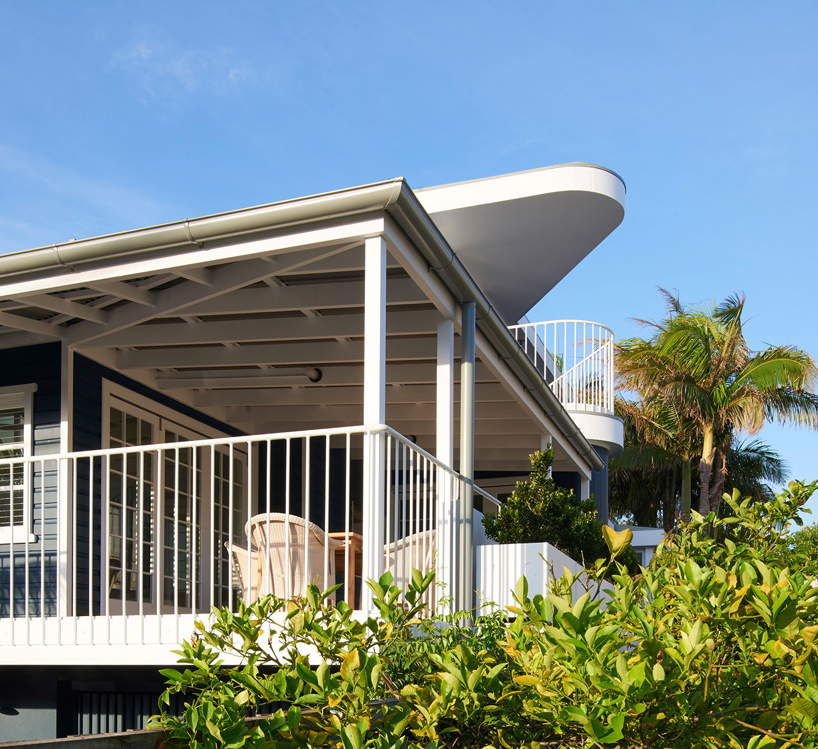 the veranda was extended to the side of the ground floor, shading the occupants from the heat internally and externally
image © edward birch

the interiors display a similar calm and comfortable essence, with rooms filled with light, and a constant flow of sea breeze. the staircase takes center stage of the house, supported by a solid stud wall filled with bookshelves. along with a tropical backyard filled with palm trees and ferns, the exterior is finished with ultramarine weatherboards and white timber framed windows, making for a breezy, summer house. 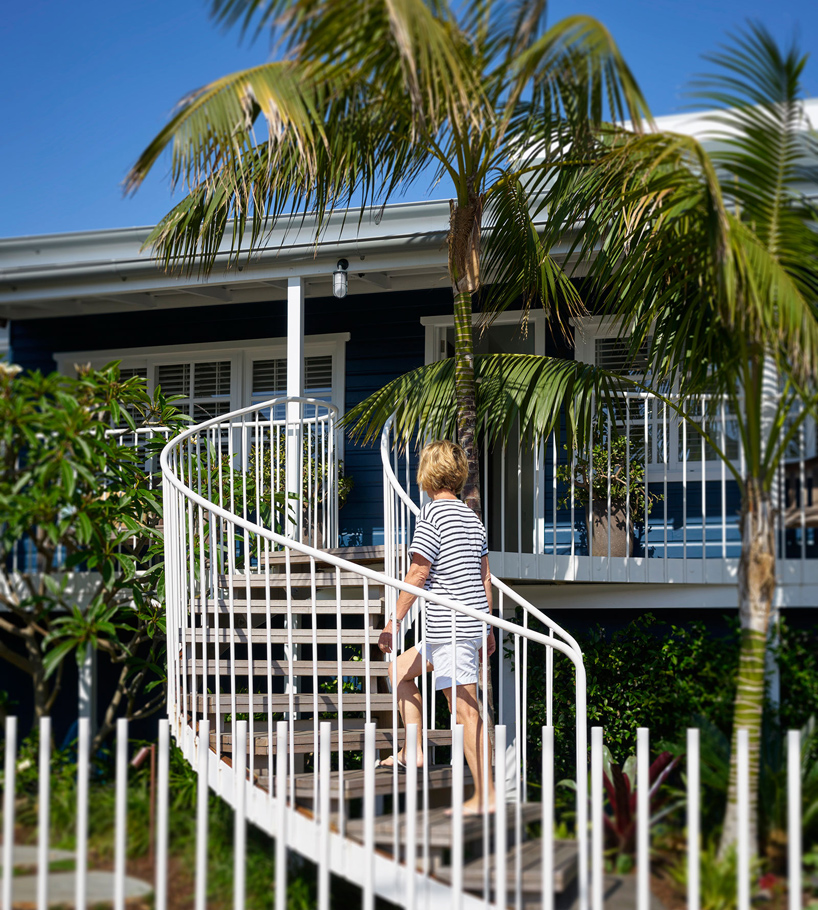 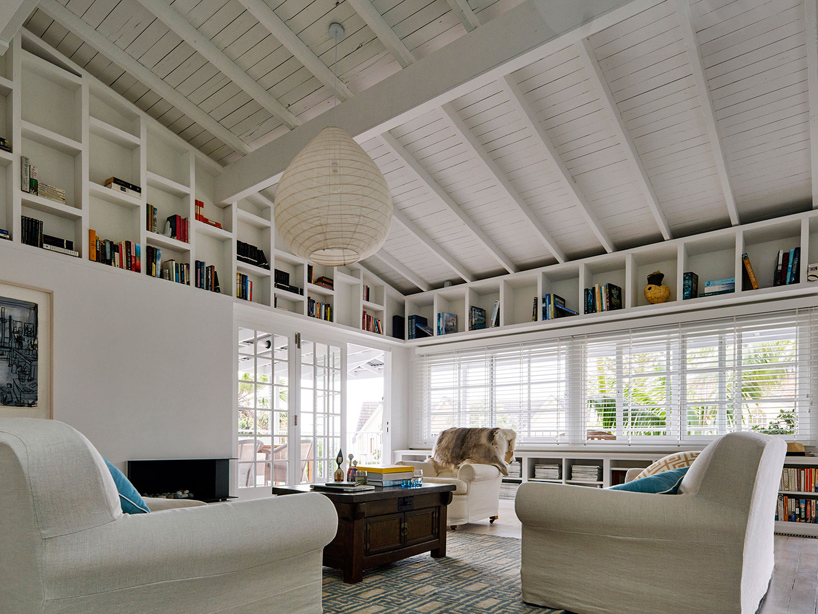 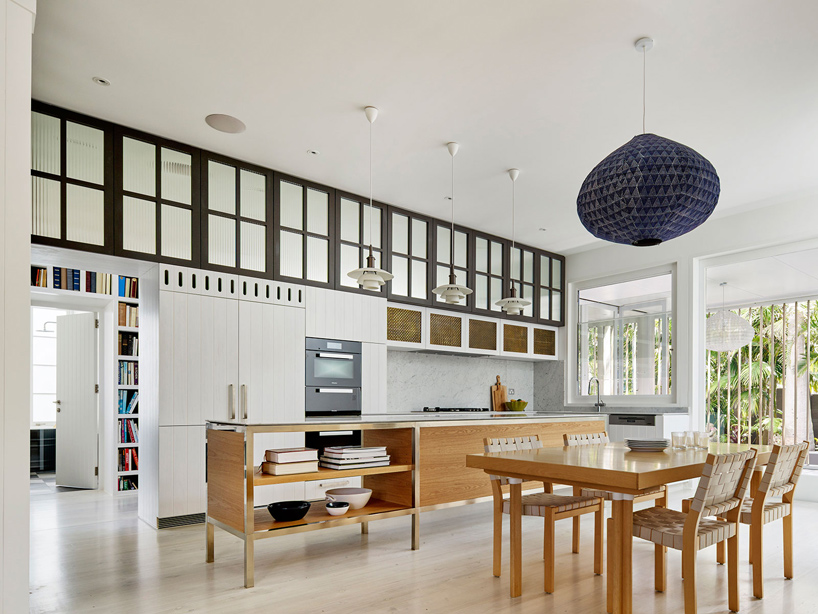 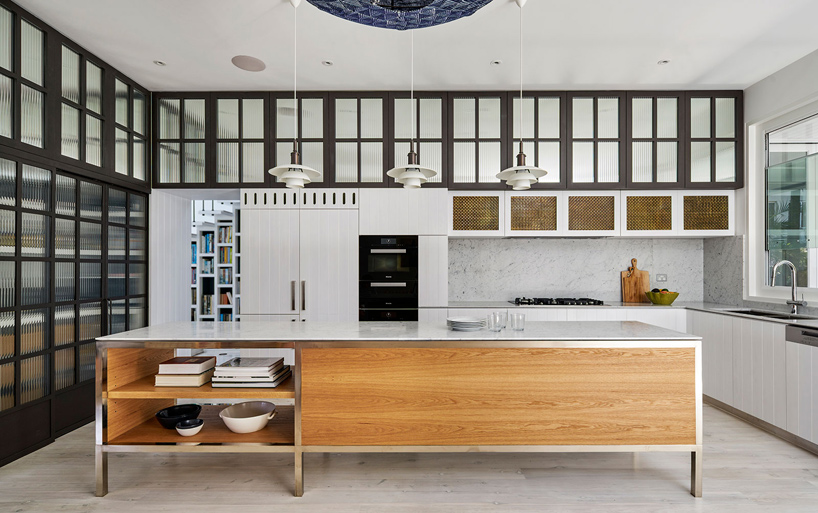 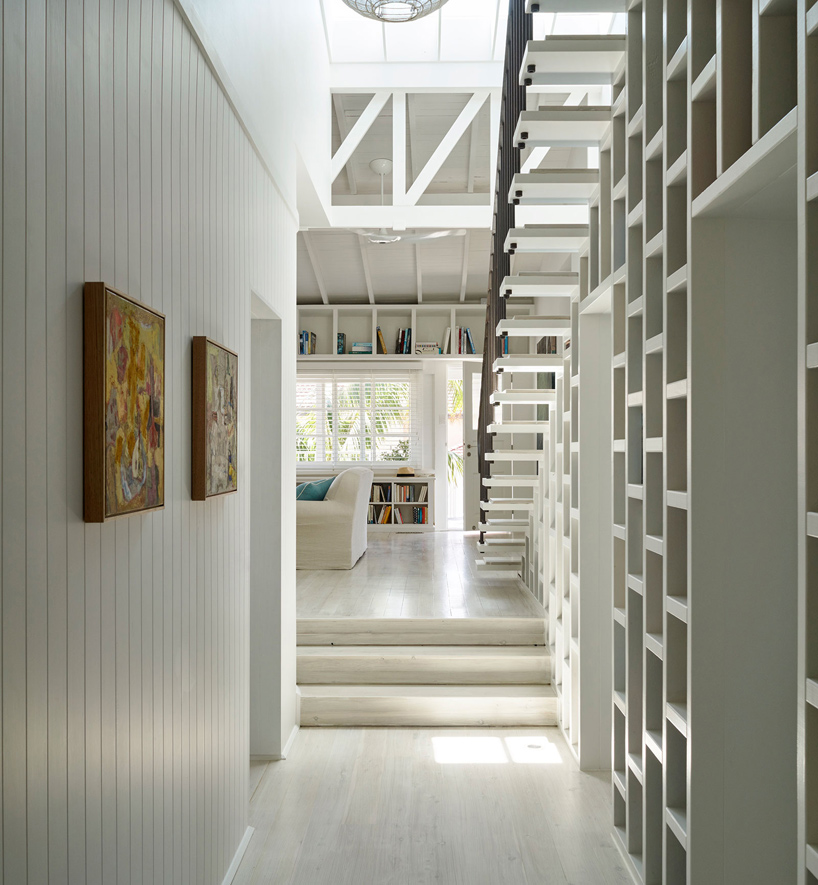 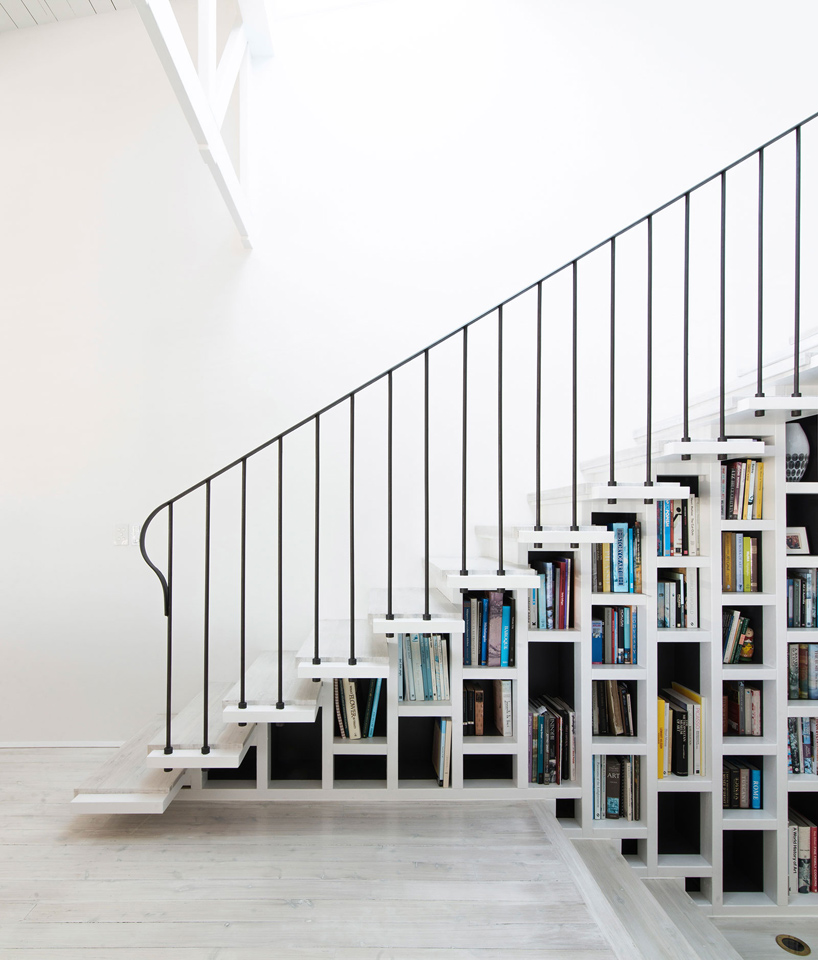 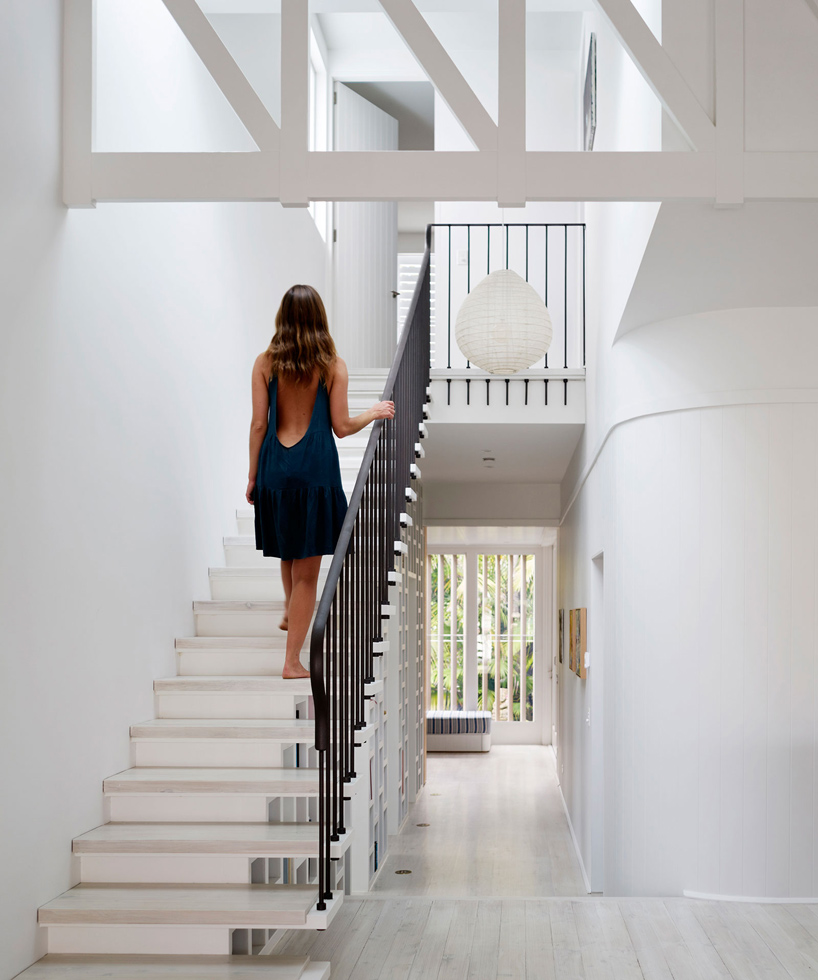 a large timber truss, the main support for the first floor additions and roof, span the edge of the stair void
image © justin alexander 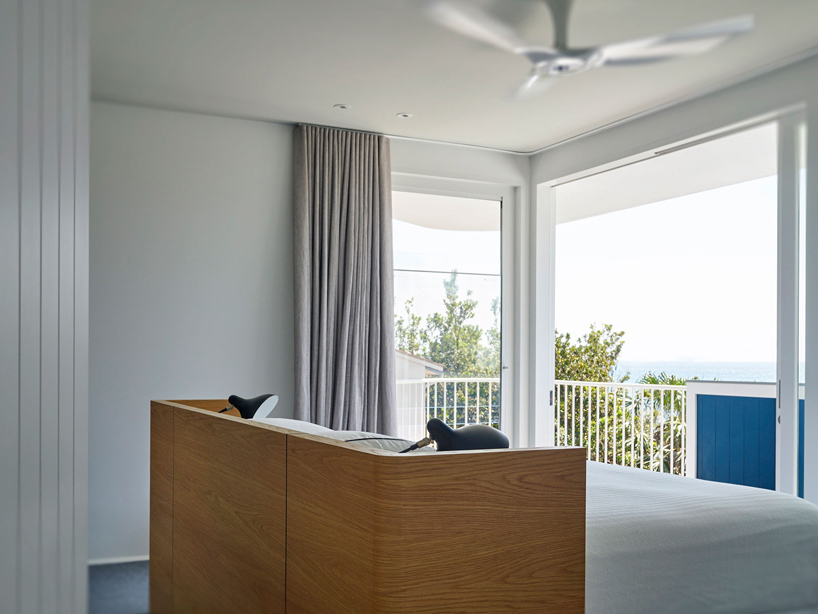 the master bedroom looks out towards the sea
image © justin alexander 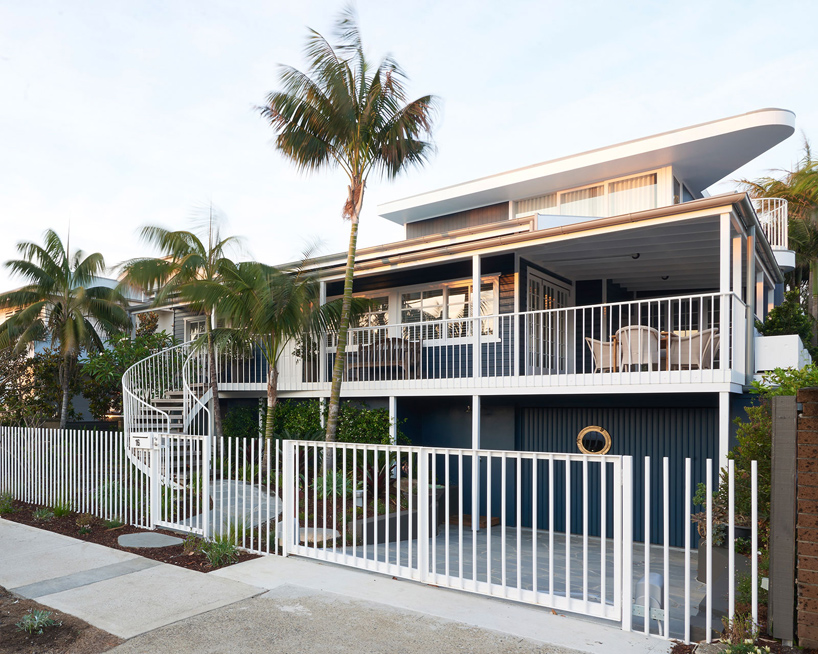 beneath the stilts that elevate the the building, a brass porthole window is installed in the garage door, an ode to the
ships sailing the ocean nearby
image © edward birch 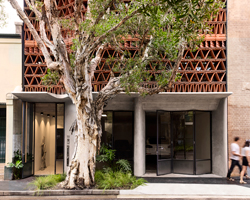 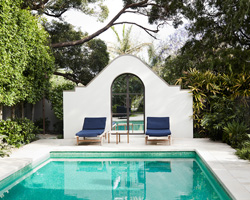 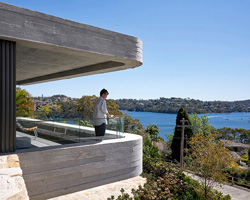 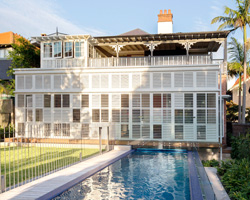 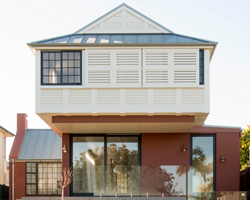