edilpiù, leading italian brand in the sector of doors and windows, works with illustrator federico babina to present the lunette pavilion at ‘openings.’ with attention to high quality and the integration of new technologies, the company presents ‘openings’ as a cultural and artistic project aimed at discovering one of the themes dear to the company — the concept of threshold, of openness, and of the relationship between inside and outside. the lunette pavilion takes shape as a playground made up of a collage of timber door and window frames. edilpiù works together with illustrator in the design of the lunette pavilion, which is presented together with the documentary film, openings. sguardi oltre il limite (openings. looks beyond the limit). the film is directed by francesca molteni and mattia colombo and produced by edilpiù. 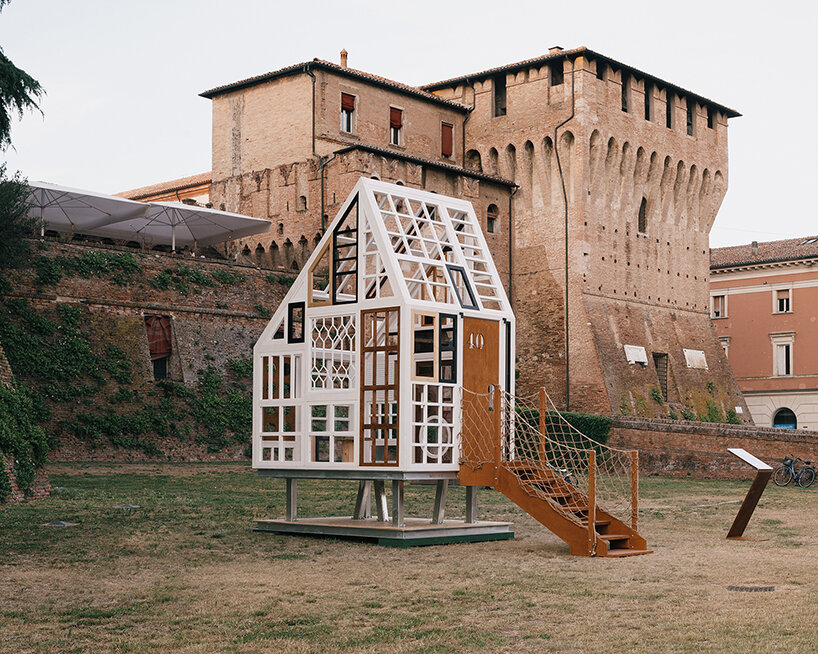 edilpiù unveils its artistic project ‘openings’ and the federico babina-designed lunette pavilion as both a celebration of the past and a tracing of the path of the future. at a time when the unexpected pandemic has changed living environments, redefined the boundaries of living and sharing, edilpiù’s ‘opening’ is conceived to signal breath and interactions through the expressive language of architecture. located in the historic northern italian city of lugo, the lunette pavilion stands as an exploration of the concept of the window, starting from a broader reflection on architecture and the elements that compose it. babina notes that ‘windows are the eyes of architecture’ as he explores the role of the window as a glimpse into domestic life, and to rethink the window as a frame capable of emphasizing the stories and landscapes that surround it. 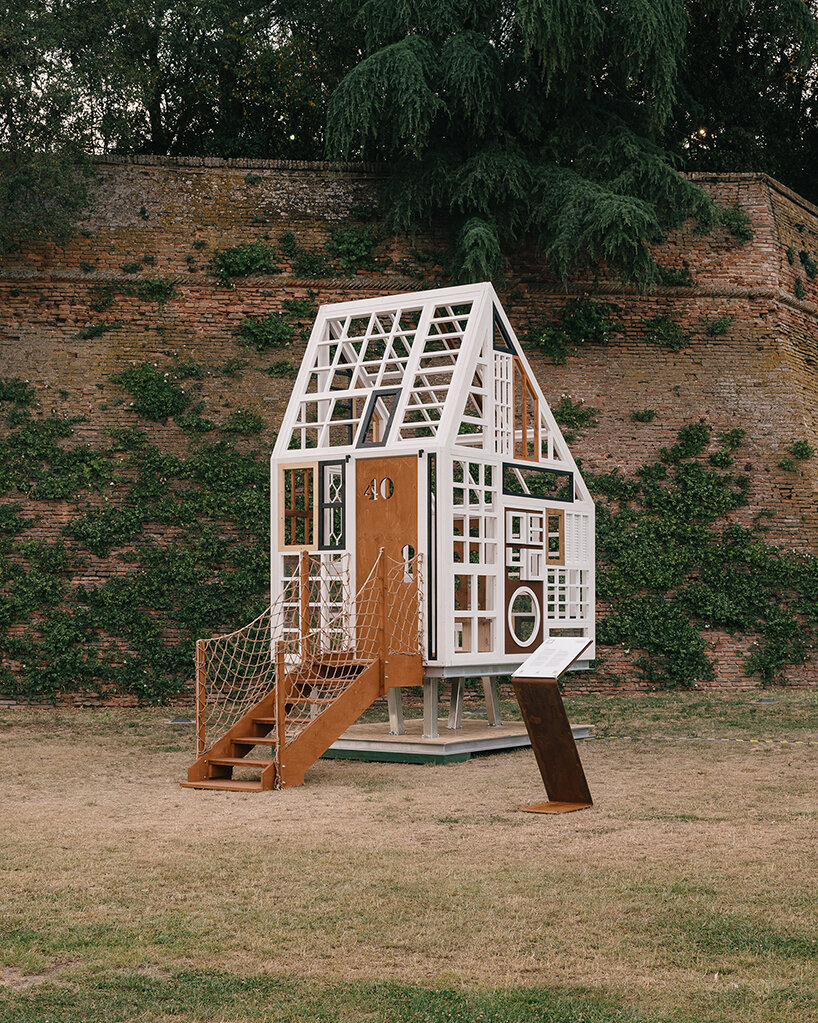 together with edilpiù’s presentation of the lunette pavilion, the team debuts the short film, ‘openings. sguardi oltre il limite’ (‘openings. looks beyond the limit). the documentary film depicts a journey along the via emilia, one of the most beautiful roads in the world and a very long threshold between two shores of the same region. made up of reflections and contemplations, the film is capable of offering the viewer the ideas to recognize — futures on the threshold — the infinite possibilities hidden behind such a small portion of space. protagonists of the docu-film, italian and international architects from alvaro siza to cino zucchi and alfonso femia, the photographer guido guidi, the sportsmen andrea stella and davide cassani, the president of emergency rossella miccio and a reference figure for the romagna region, raoul casadei. 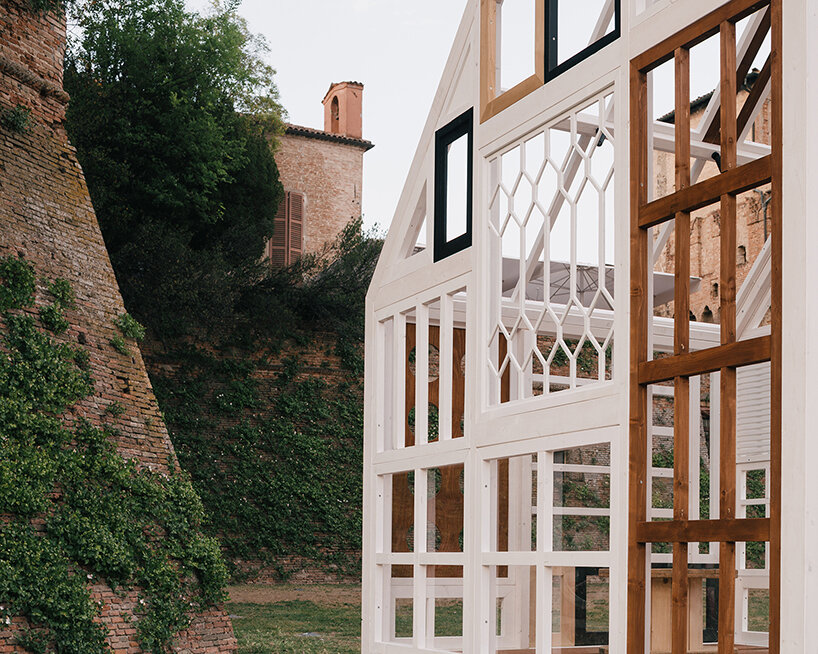 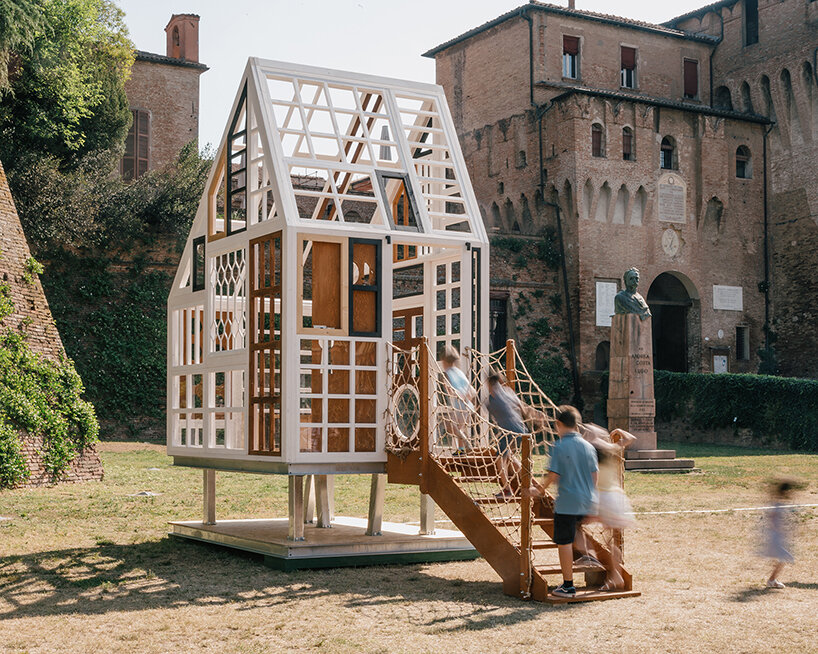 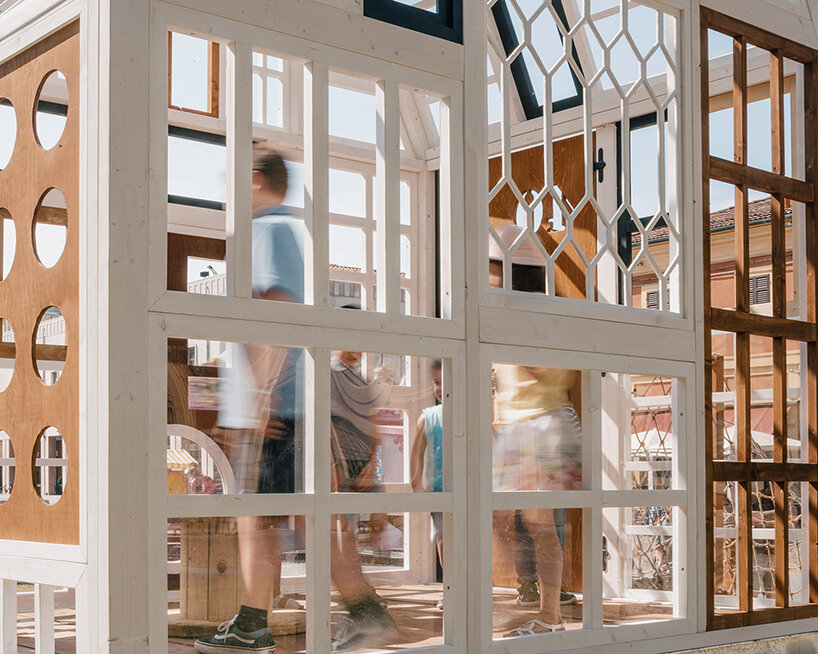 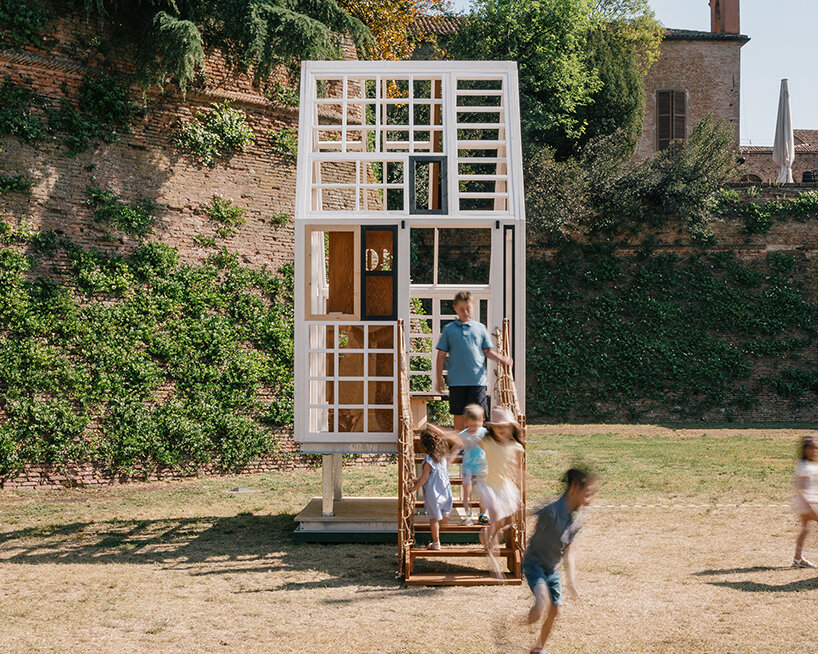 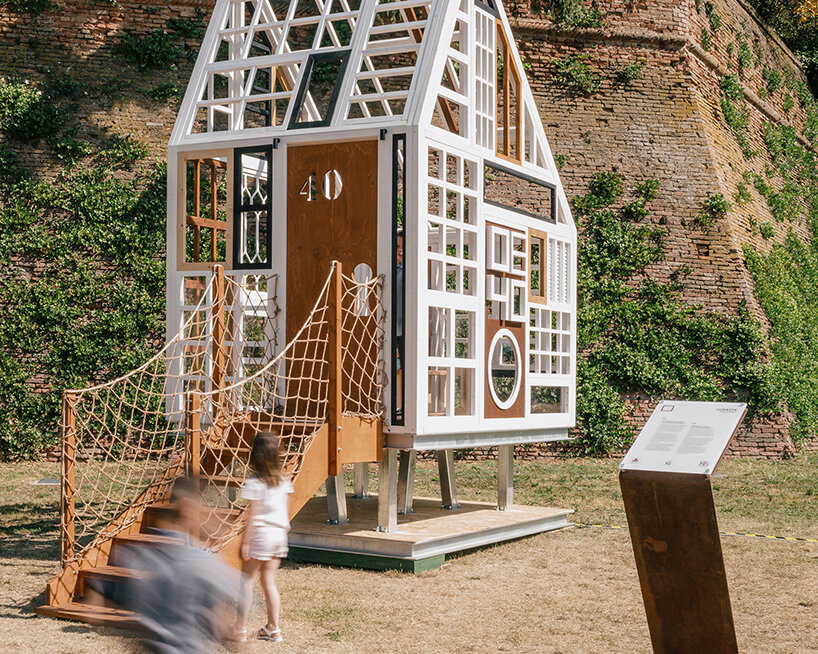 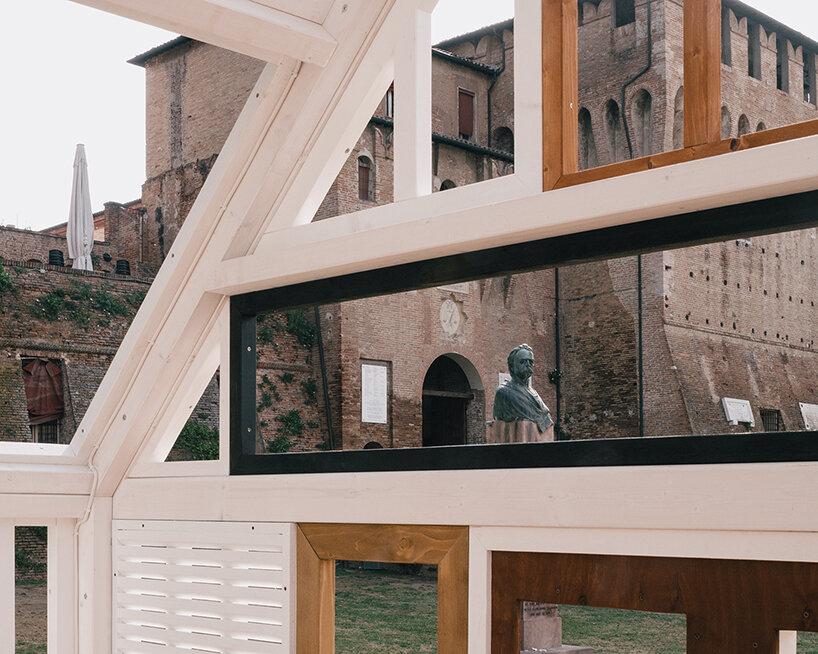 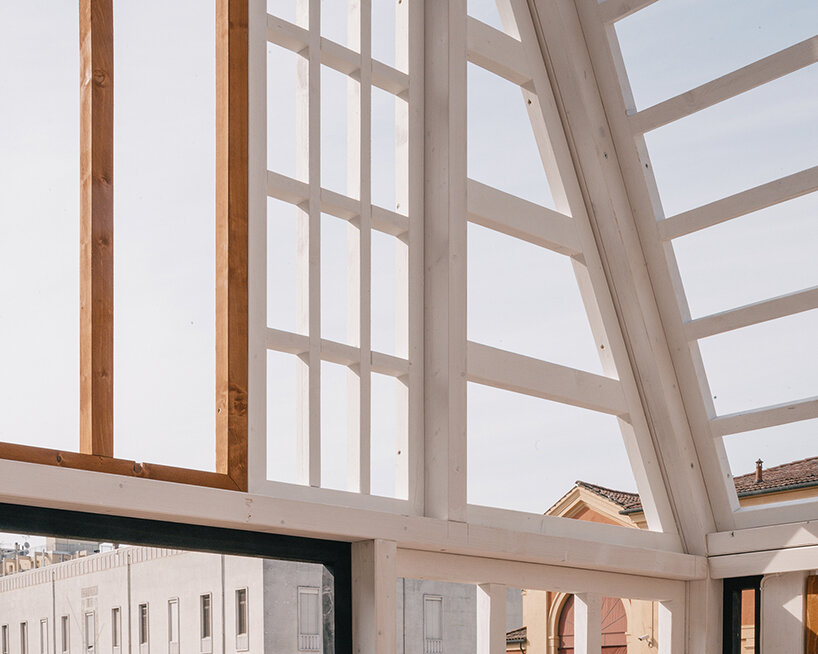 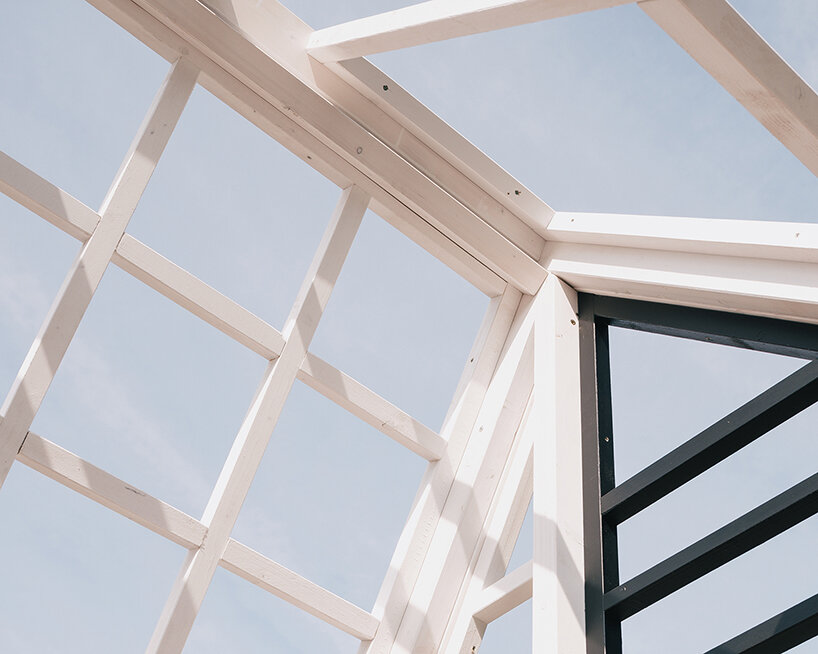 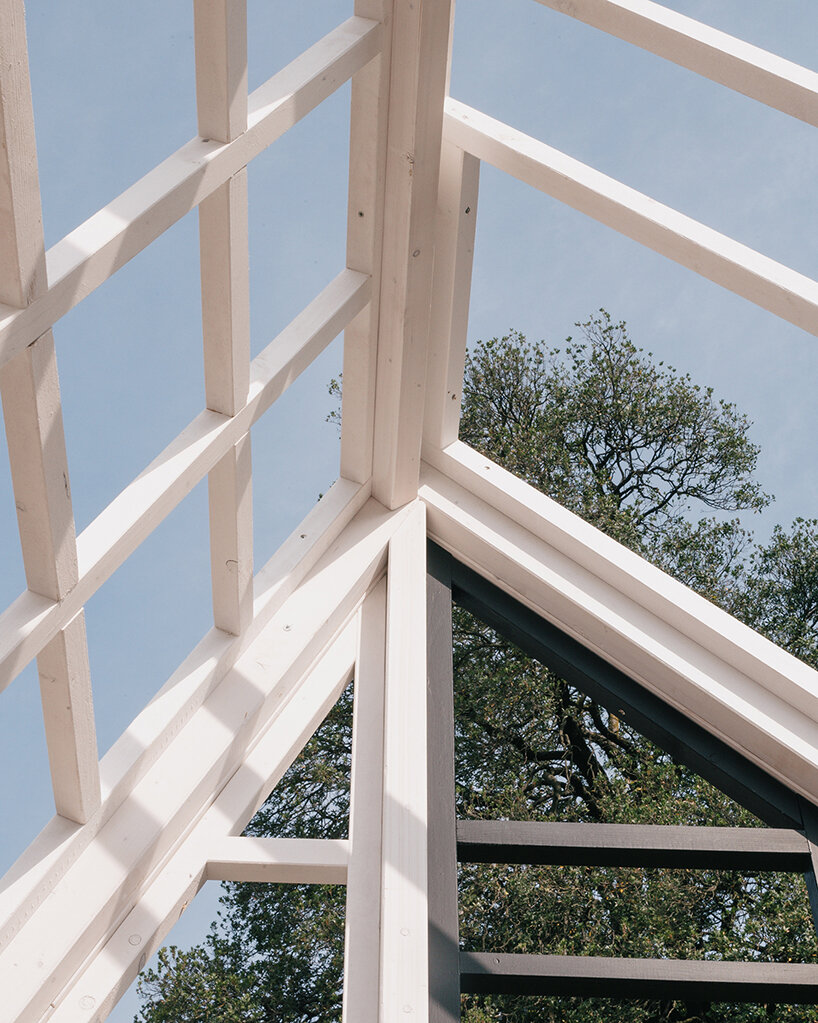 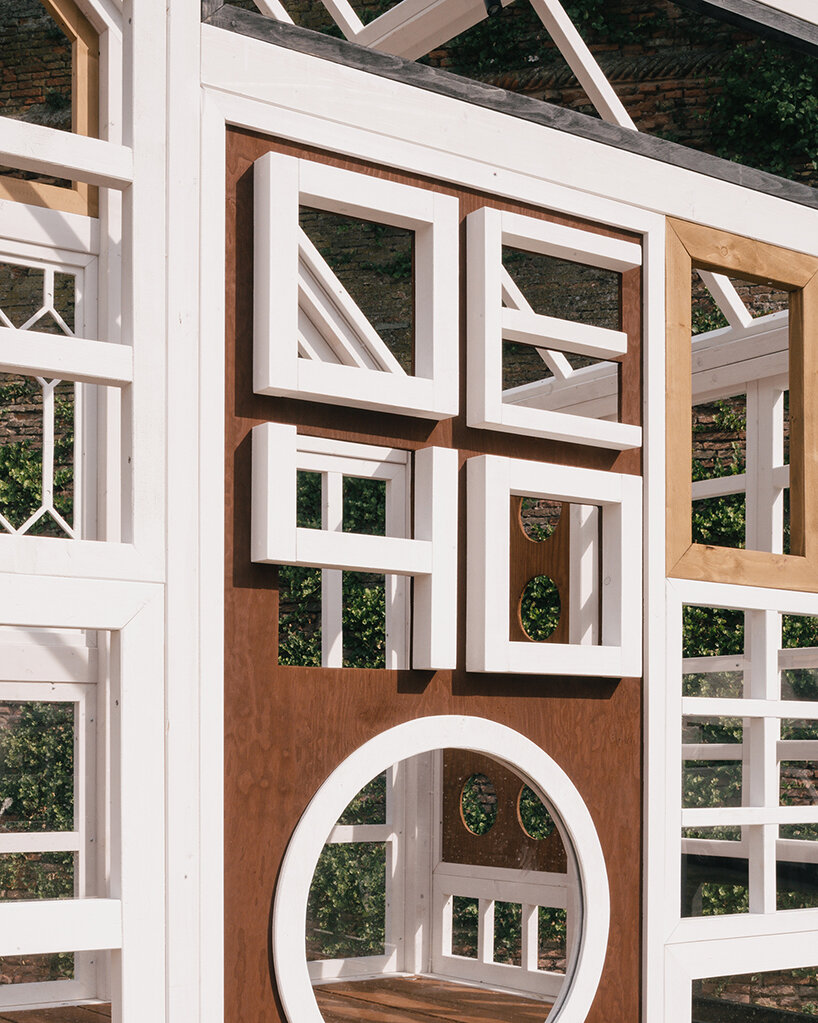 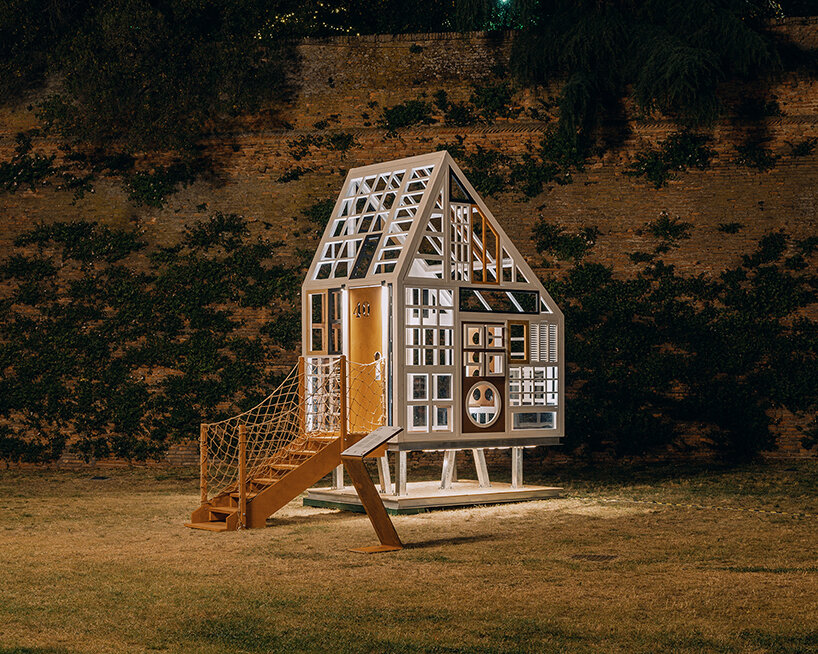 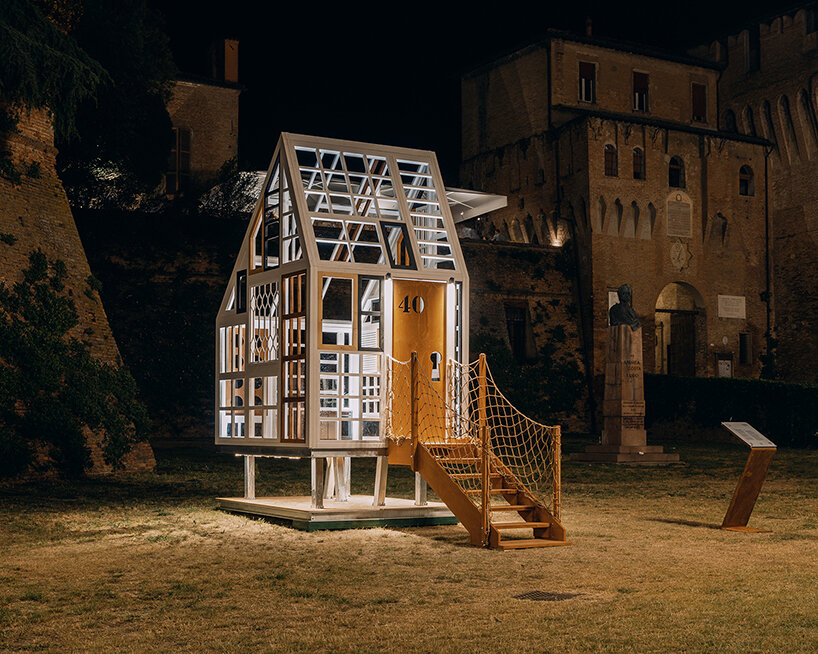 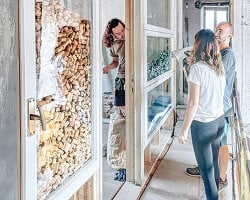 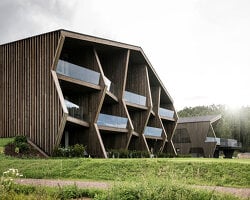 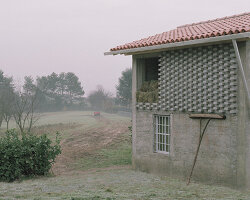