canadian firm mackay-lyons sweetapple architects has shared with us images of their ‘cliff house’ on the atlantic coast of nova scotia. a modest timber box projects off from a bedrock cliff, giving the illusion of floating over the ocean – the first of several projects to be constructed on the 455 acre property meant to illustrate the concept of ‘dwelling in a landscape’. the 960 ft2 affordable cabin provides its owners with a simple, peaceful retreat on the seaside. a galvanized steel frame skeleton provides the unimposing structural support, clad in natural wooden planks. the main level contains an open plan social area, kitchen and service core while a second story loft provides unobstructed views from the bed over the sea-scape. the timber secondary structure is entirely expressed on the interior of the project. carefully placed joists support diagonal planks with such craft that interior cladding is not necessary. 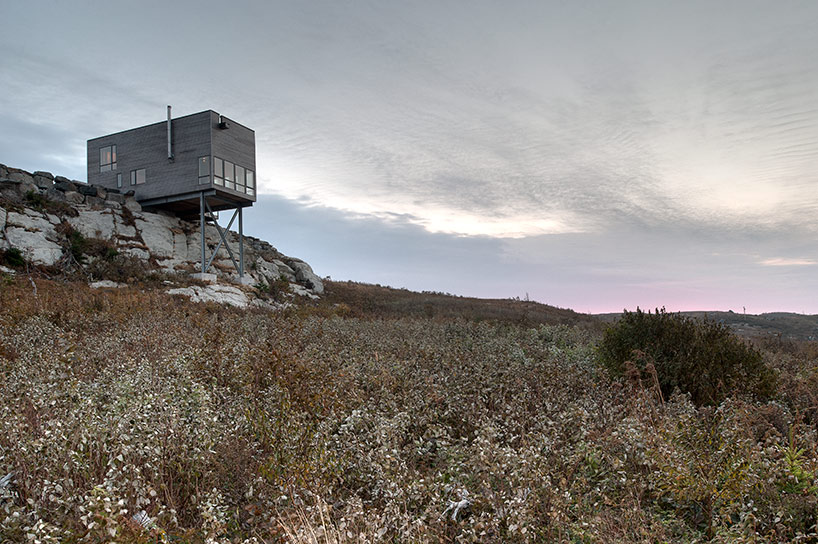 the cabin is cantilevered over the rocky terrain 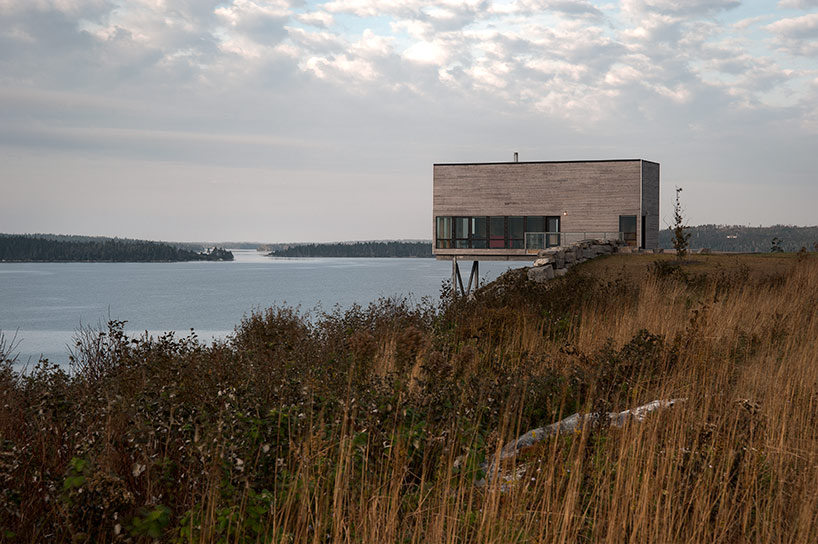 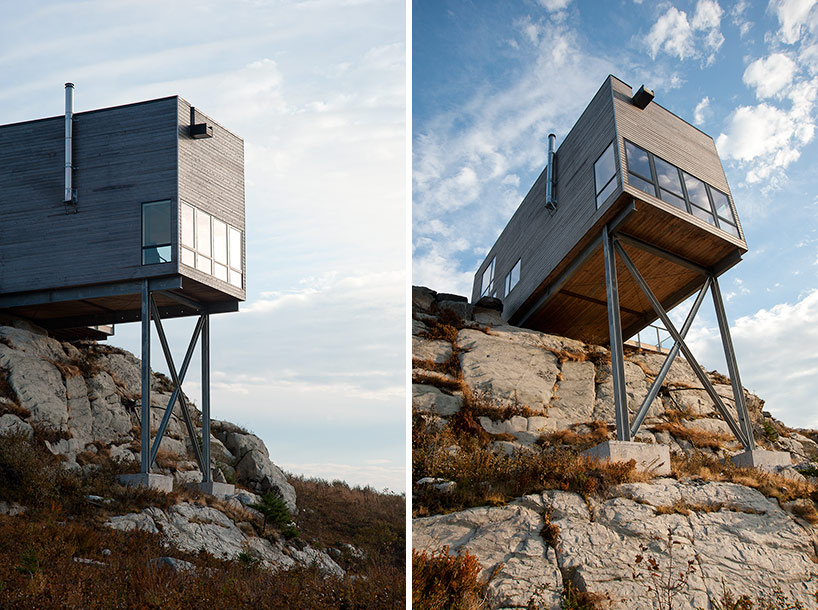 up close of the supporting steel skeleton frame 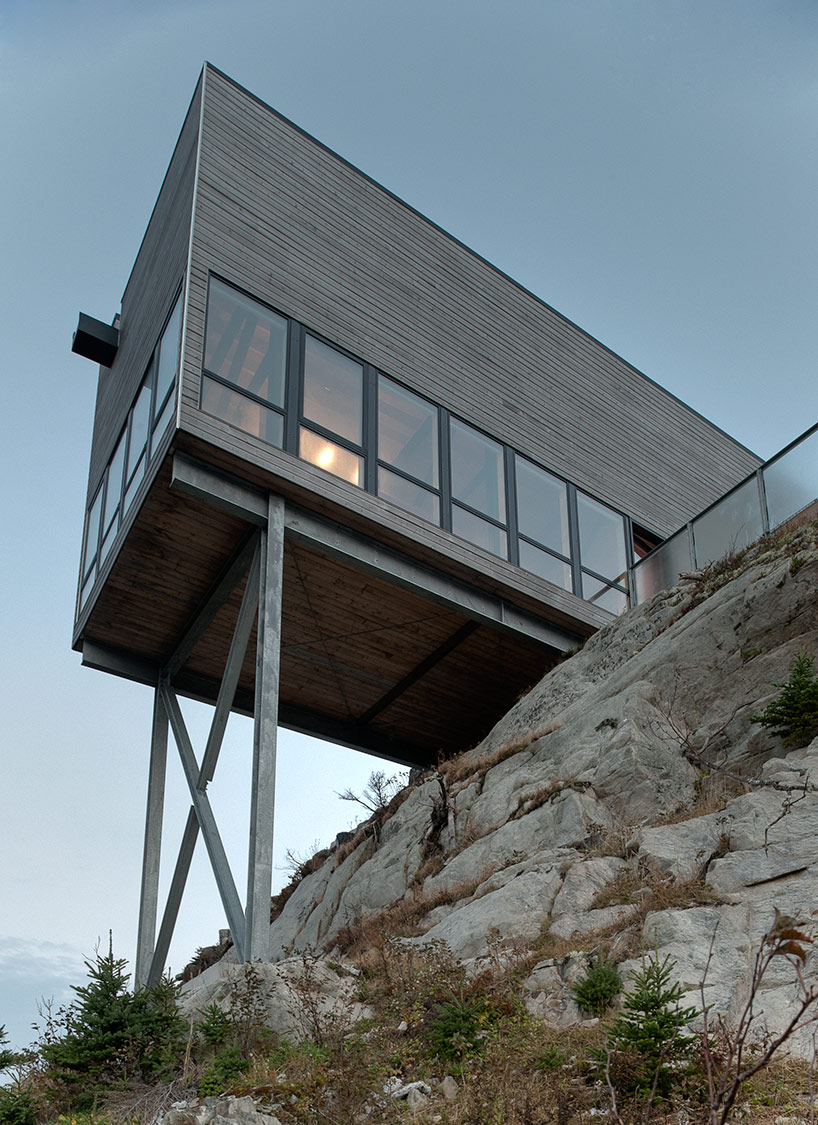 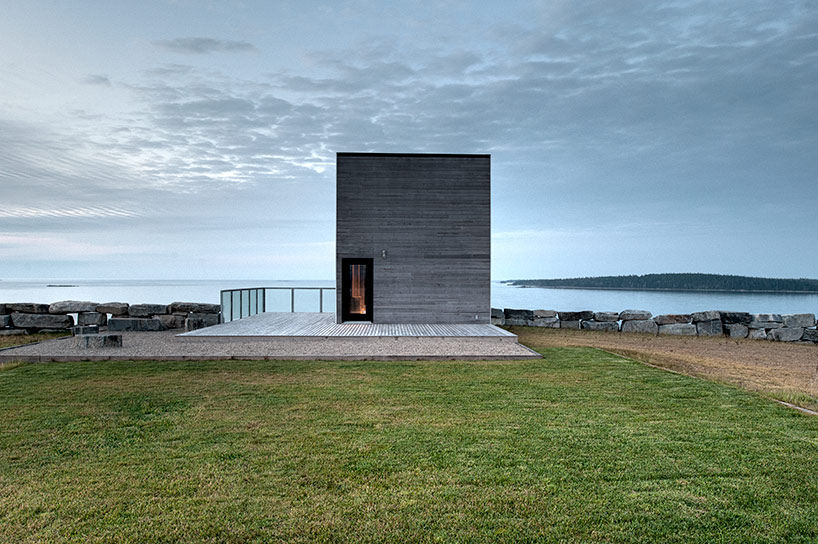 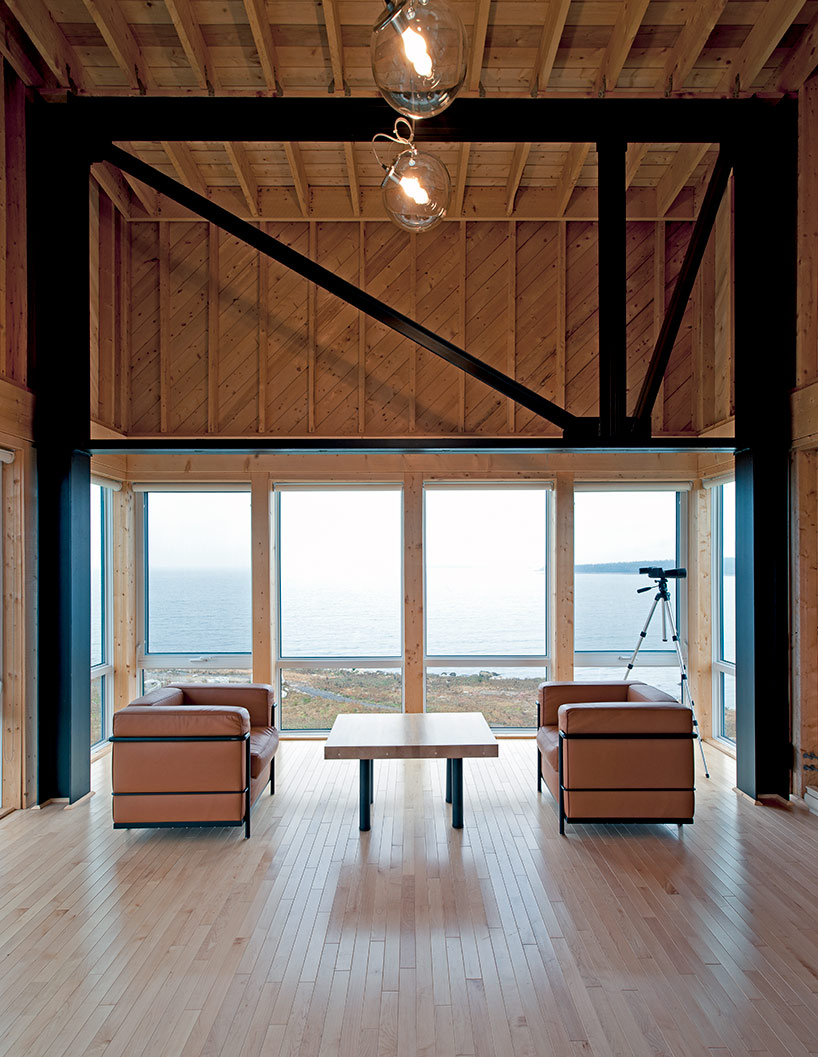 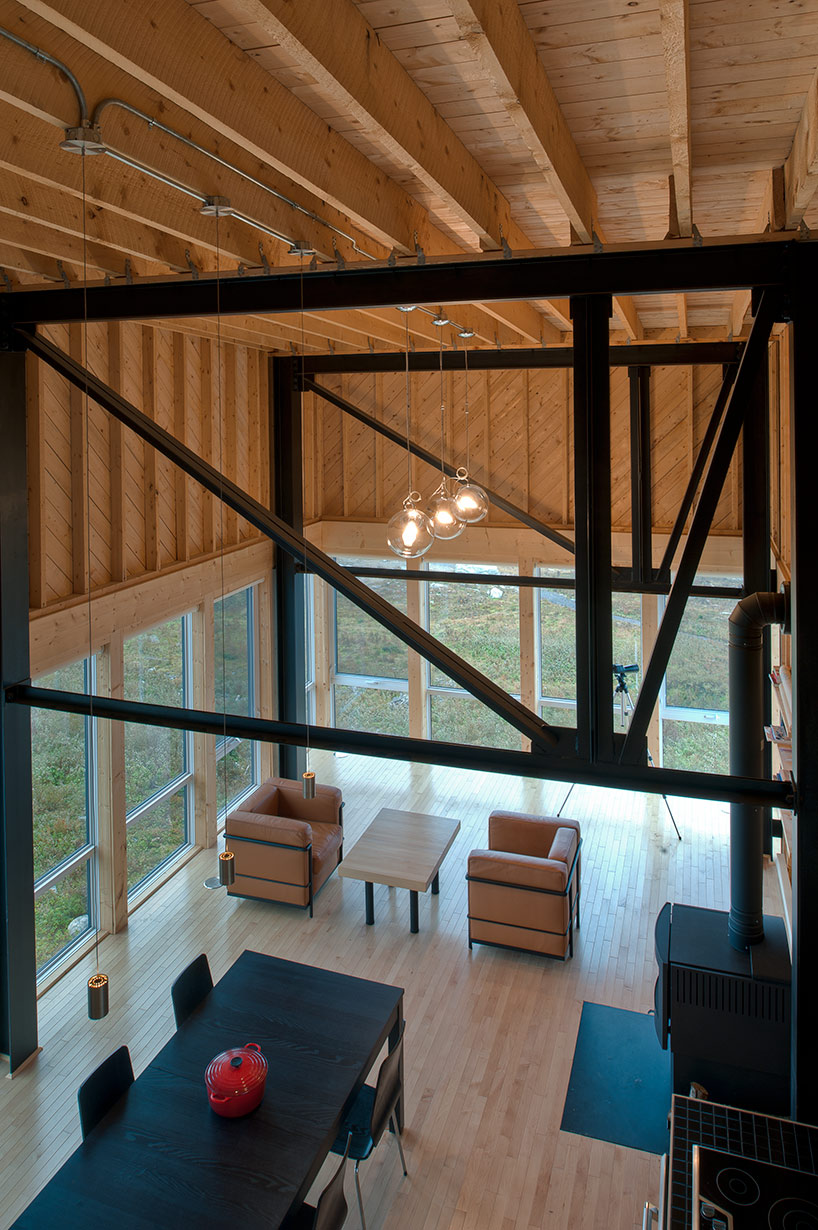 view from the loft 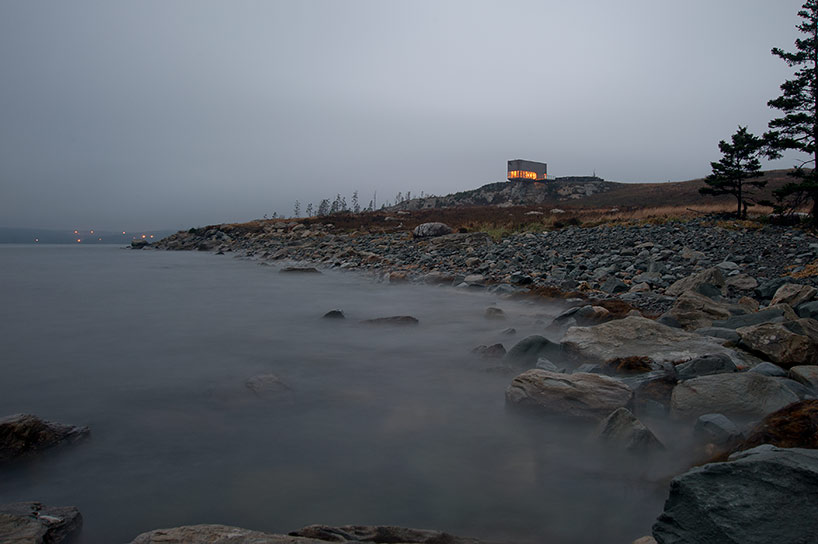 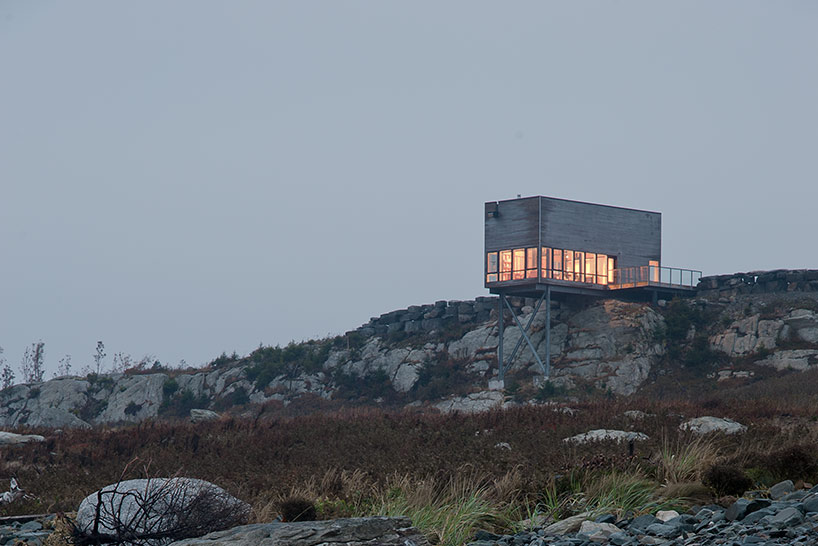 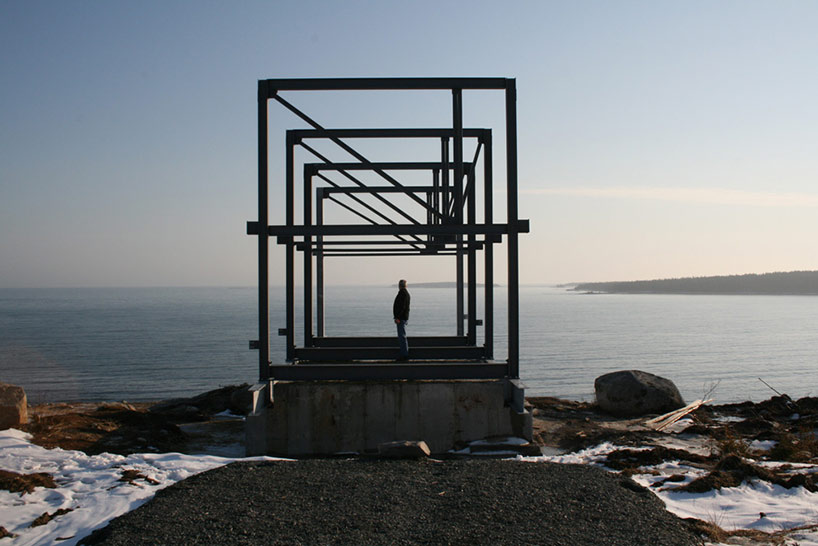 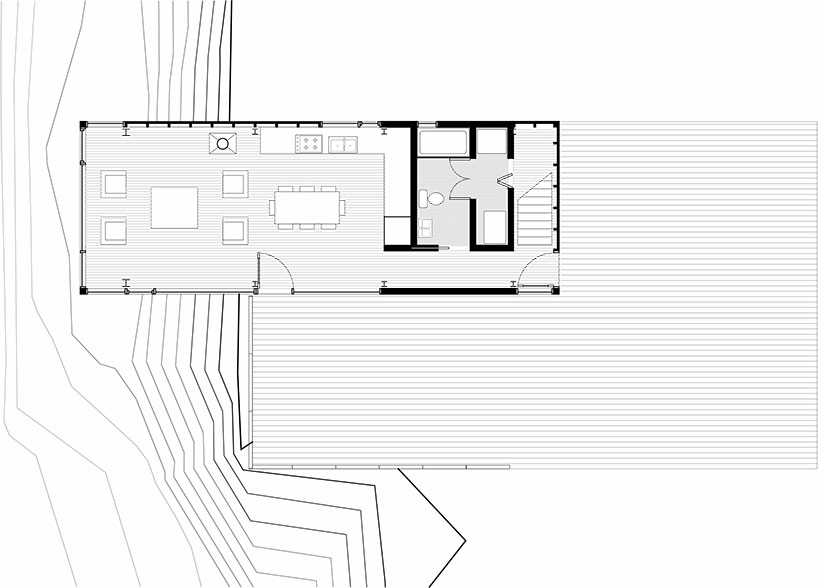 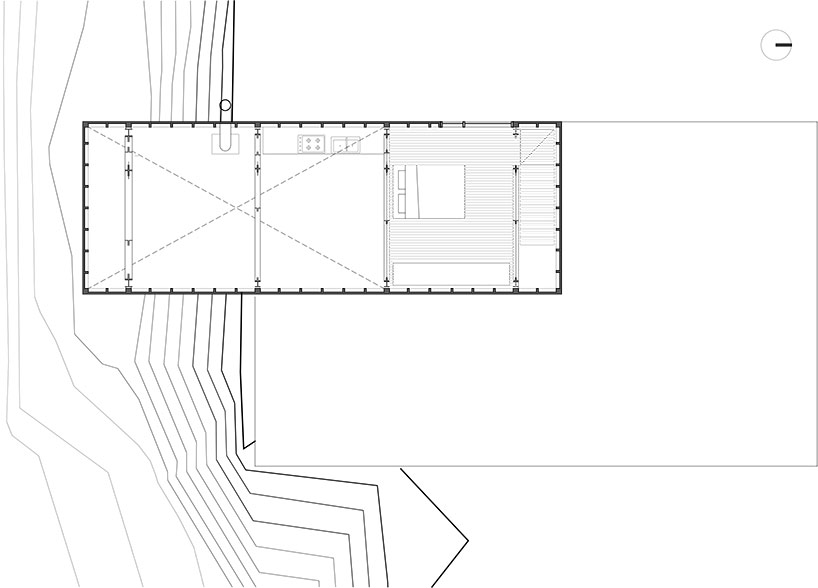 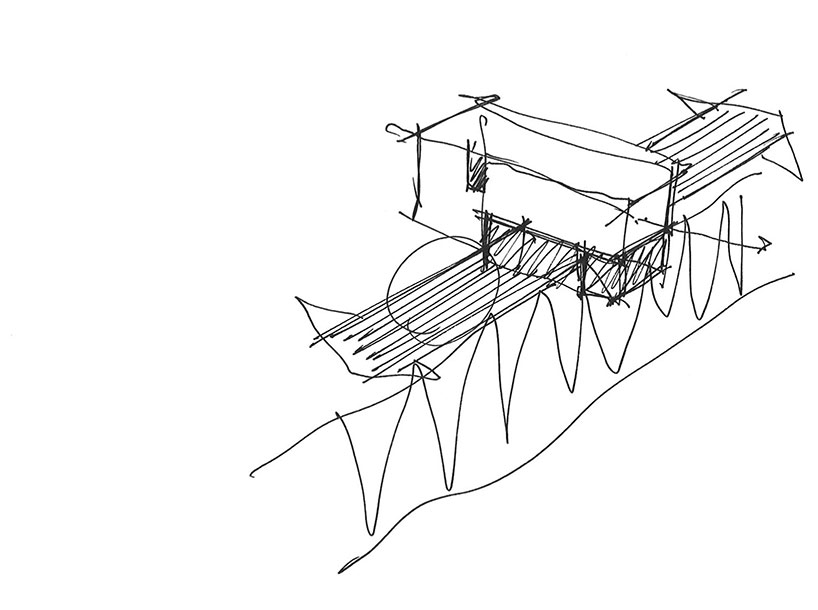 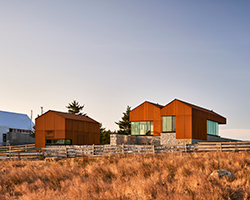 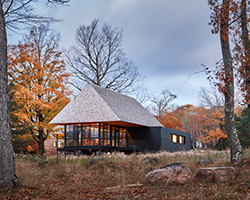 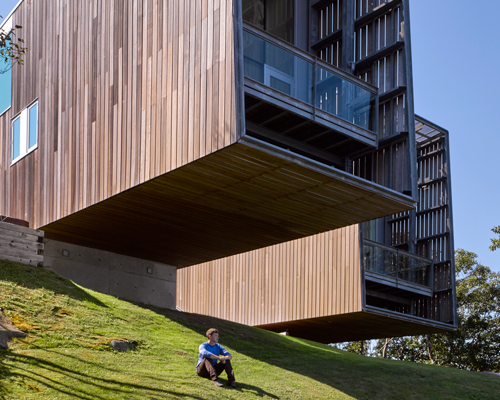