MAD architects‘ (yansong ma) submission for the upcoming ‘contemplating the void: interventions in the guggenheim museum’ is ‘state fair guggenheim’. a large balloon pushes through the ceiling of the institute, floating above the central rotunda of the museum. the balloon itself has a large sculptural form within, and becomes an alternative space of interaction which patrons can enter, providing views downwards into the museum and of the surrounding city. 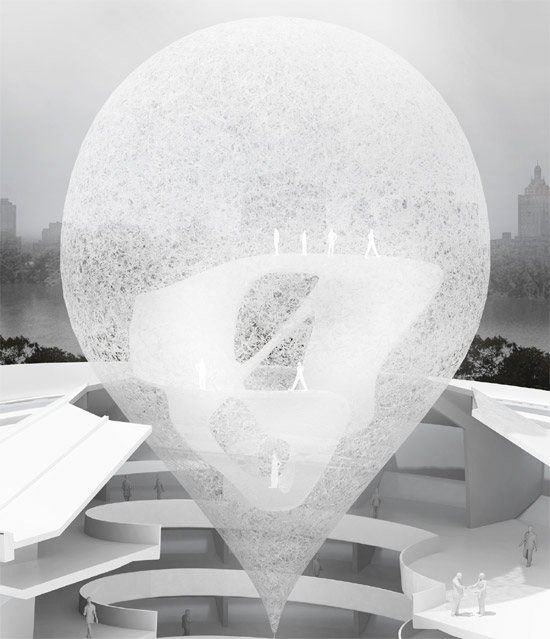 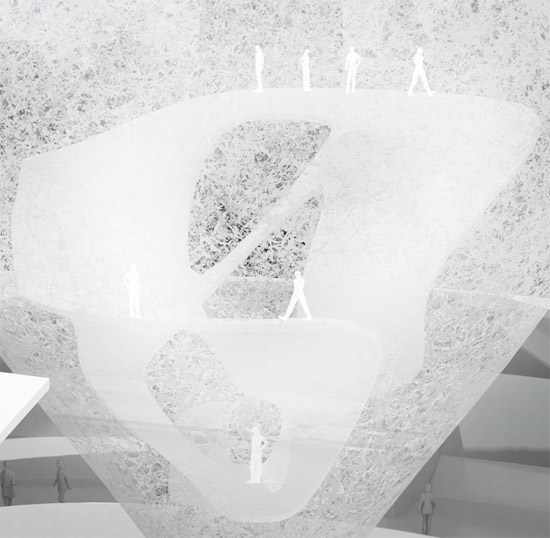 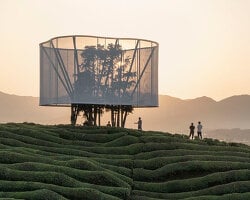 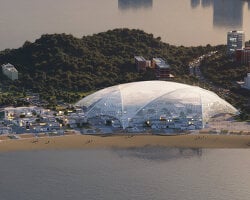