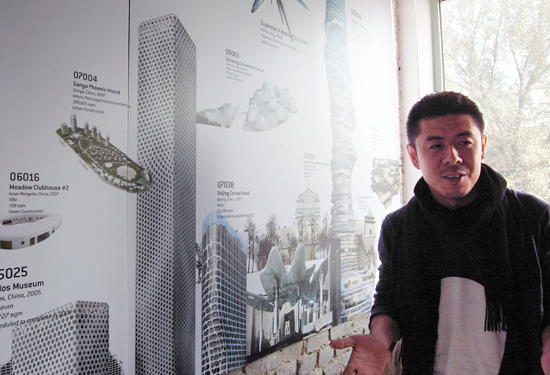 tianjin will be the third special economic zone in china, after the city of shenzhen in the 1980’s, and pudong district in shanghai in the 1990’s. 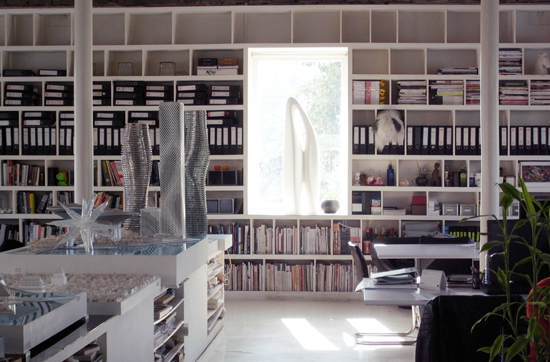 a view into the architecture studio of MAD image © designboom 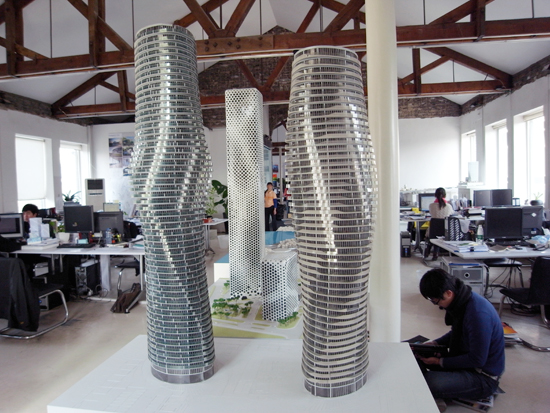 the model of the sinosteel towers is in the center, between the two models of absolute towersimage © designboom 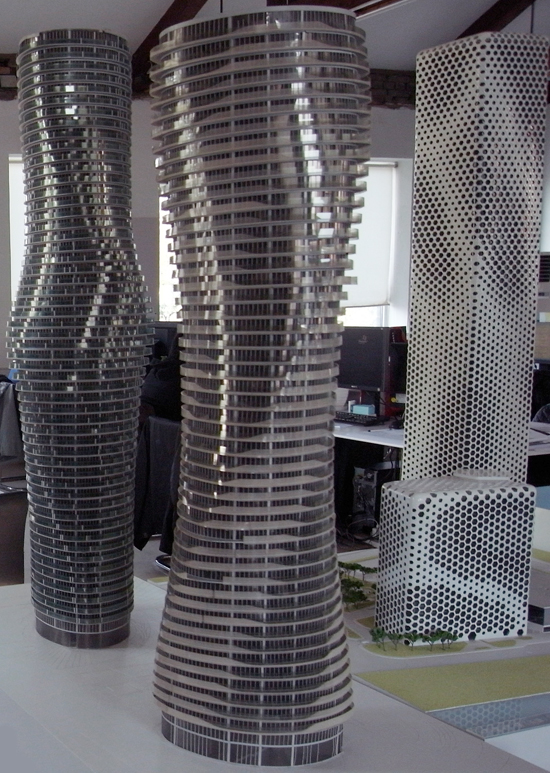 close-up of the modelimage © designboom

a hexagonal pattern on the façade, multiplying and growing across, creating an ever-changing image of the building from each different perspective 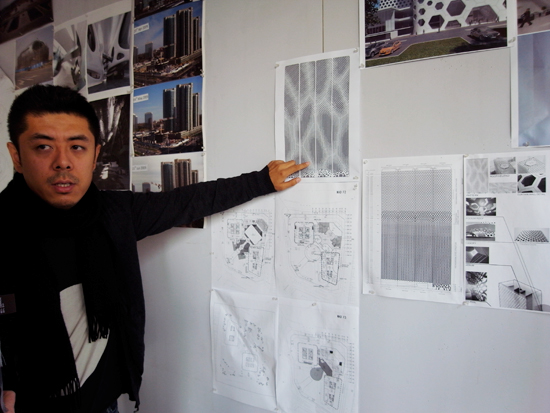 ma explaining to us the facade structure developmentimage © designboom 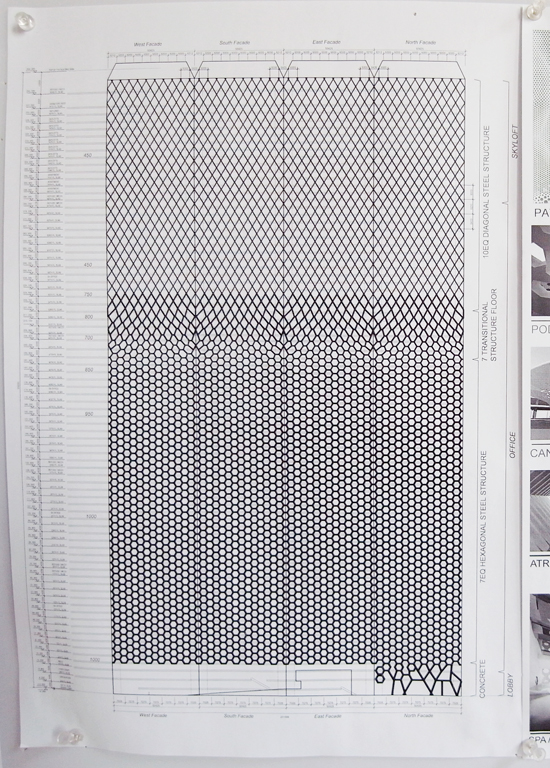 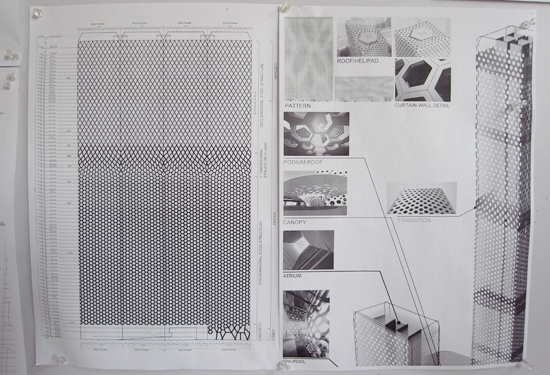 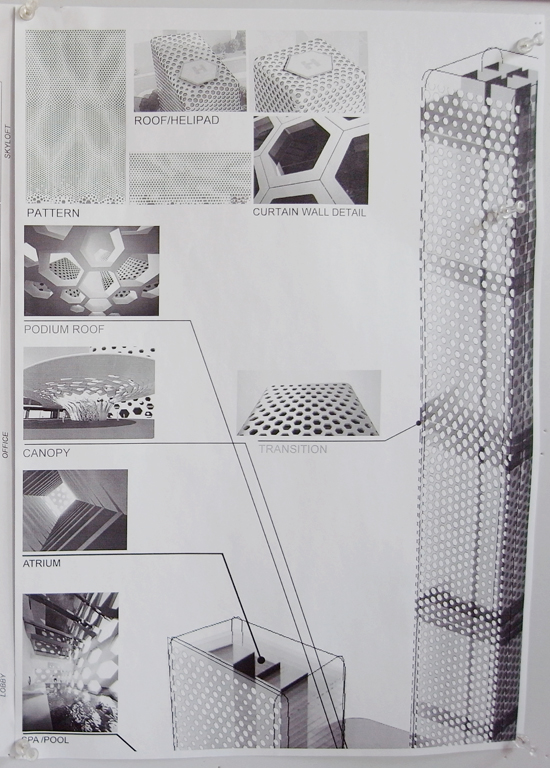 although the façade pattern at first appears random, it actually responds to the climatic conditions of the site. by mapping the different air-flows and solar direction across the site, and positioning the windows accordingly, it is possible to minimize heat loss in the winter and heat gain in the summer. 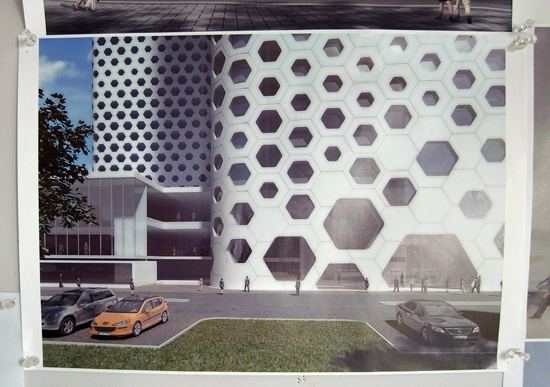 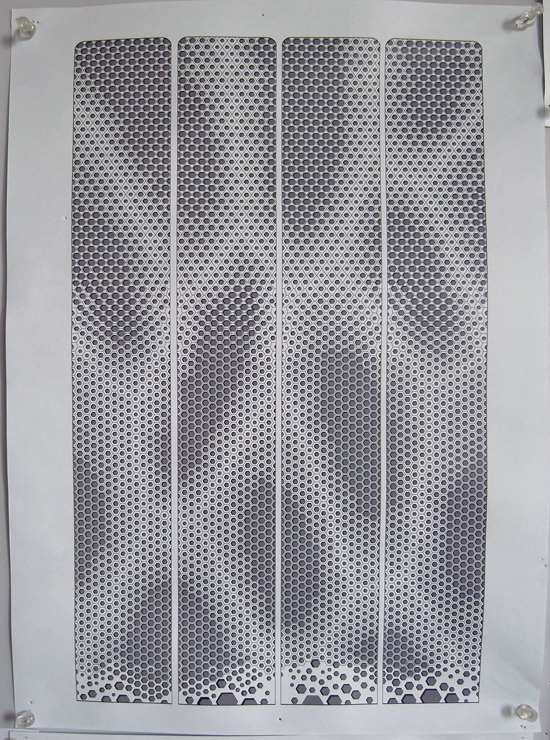 the windows flow across the building in an irregular, naturally occurring pattern, like cells multiplyingimage © designboom 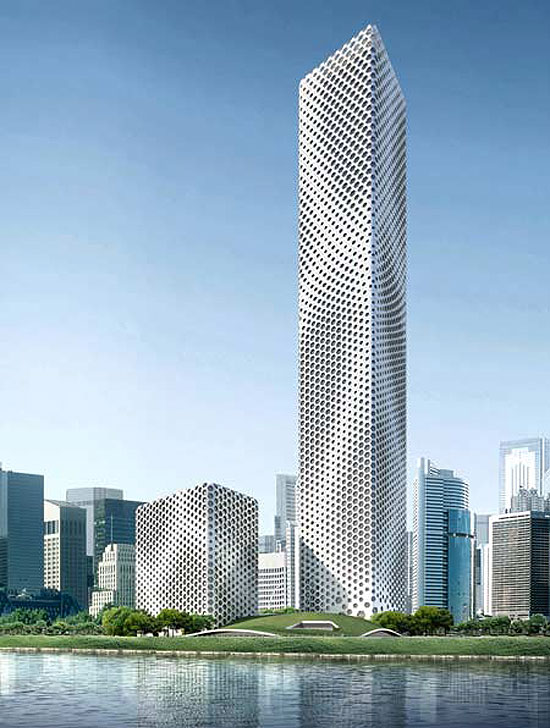 image courtesy MAD architectsthe honeycomb also allows the building to be energy efficient. the pattern responds to patterns of sun and wind on the building. by mapping the different air flows and solar direction across the site, MAD were able to position different sized windows accordingly, minimizing heat loss in the winter and heat gain in the summer. 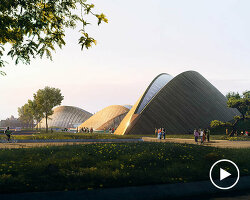 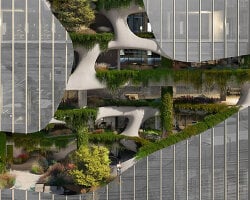