at this year’s venice architecture biennale, maria jose marcos of MAGICARCH will be exhibiting a project called ‘arquitecturas portátiles’ inside the spanish pavilion. meaning ‘portable architecture’, the work is composed of 12 wearable devices, or what the architect describes as 12 ‘common ecologies’. each one is modeled after a famous building, either built or conceptual, but offers a new interpretation of it. 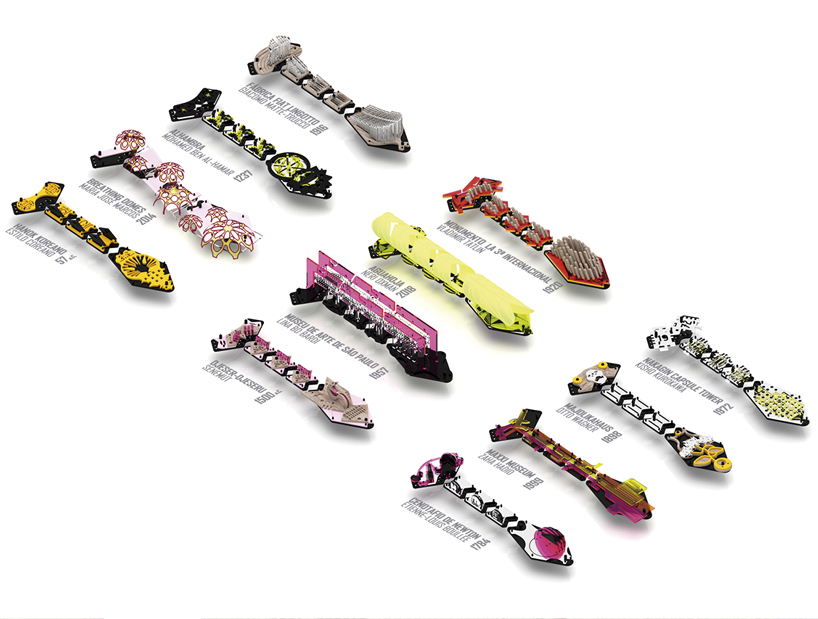 selection of 12 common ecologies built from each ‘portable architecture’

maria jose marcos‘s idea is that by re-reading past architecture, from the são paulo museum of art (MASP) by lina bo bardi to the unrealized tatlin’s tower, we can articulate new interests from common ecologies. ‘new readings emerge of lina bo bardi’s MASP that reconstructs its anti-colonial cultural landscape, giacomo matte trucco’s fiat factory in lingotto that evidences the thicknesses of the anthropocene, the breathing domes project of MAGICARCH that articulates contradictions of bio-design or neri oxman’s aguahoja that recounts new connectors of interspecies architecture,’  says the architect. 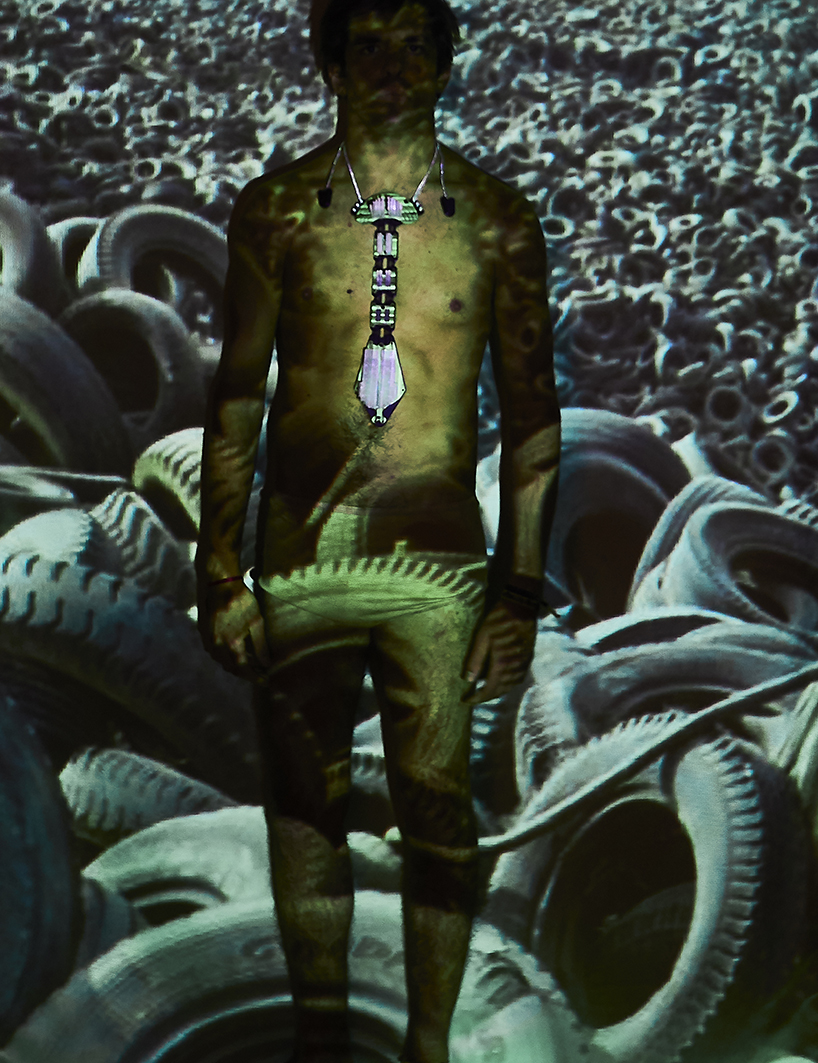 after reinterpreting these 12 cultural icons into small objects, maria jose marcos decided to make them portable and wearable. the intention is for people to continue to learn about the cultural value of each one, with the wearer’s body becoming a new stage for them. ‘each device is re-enacted in the body that stages them, telling new versions that make transparent questions of political ecology, becoming a new material interface of cultural transfer, a physical device, a pedagogical sculpture, a tangible sculpture that you can wear, wear and touch.’ 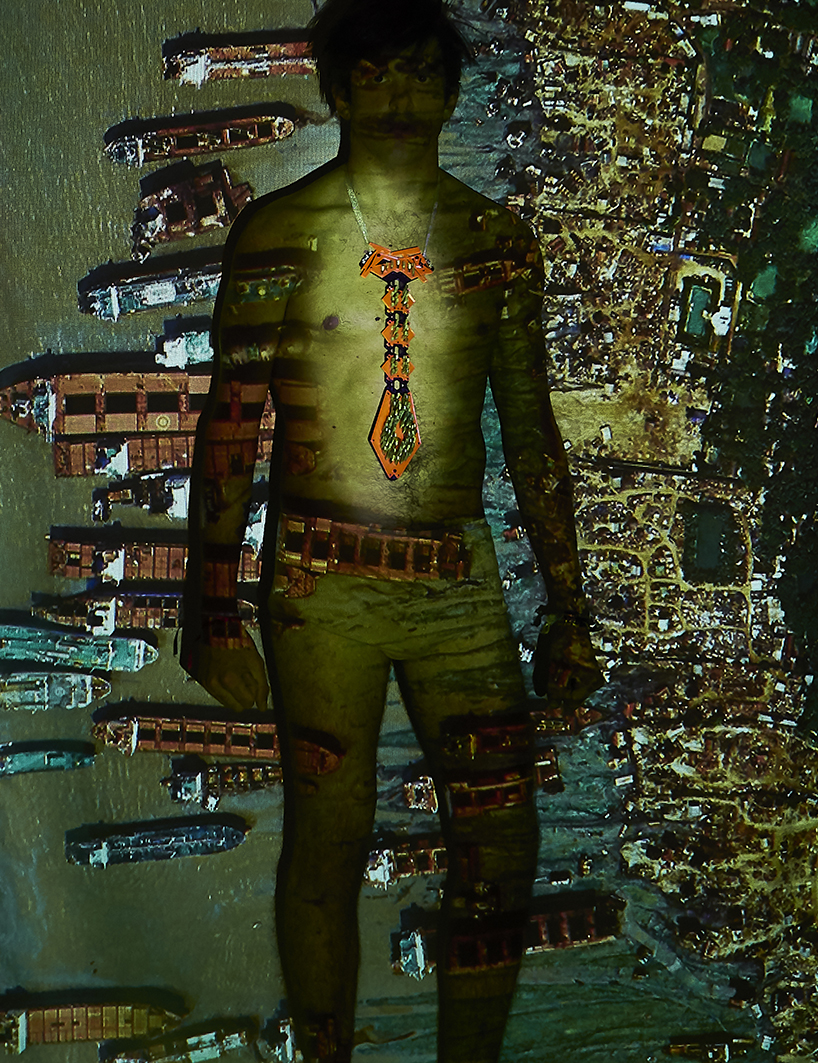 about evolving geometries and multinatures 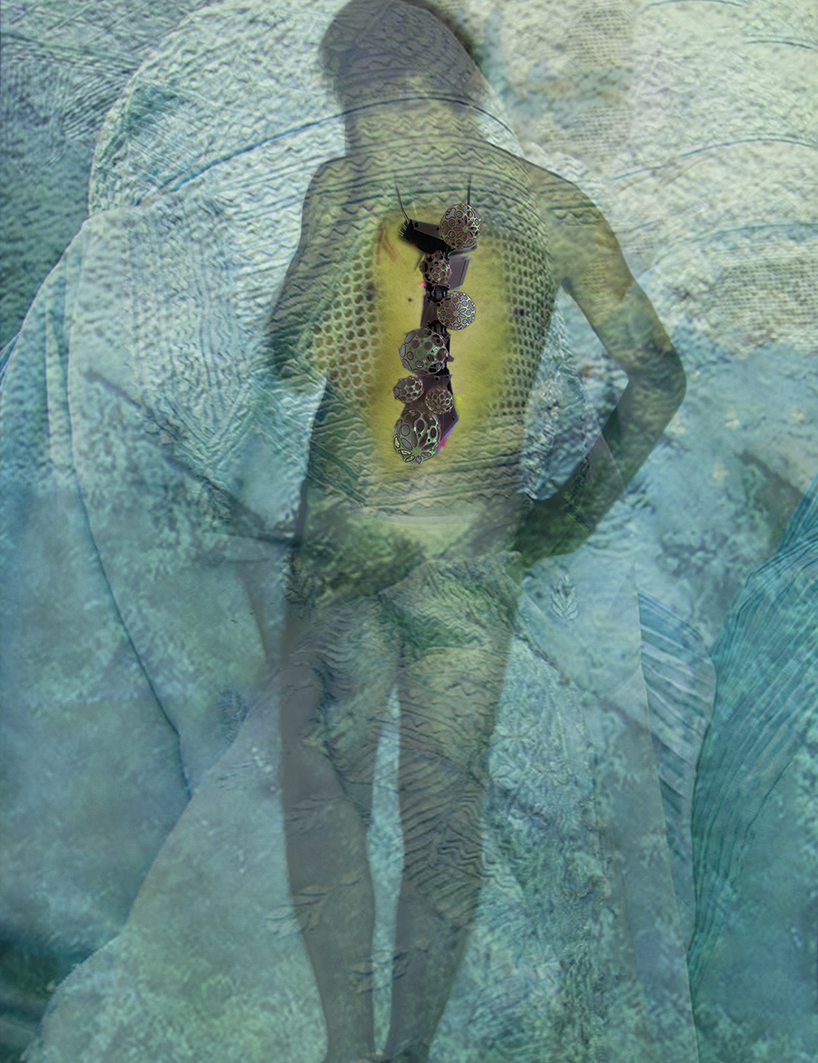 about breathing with biodesign 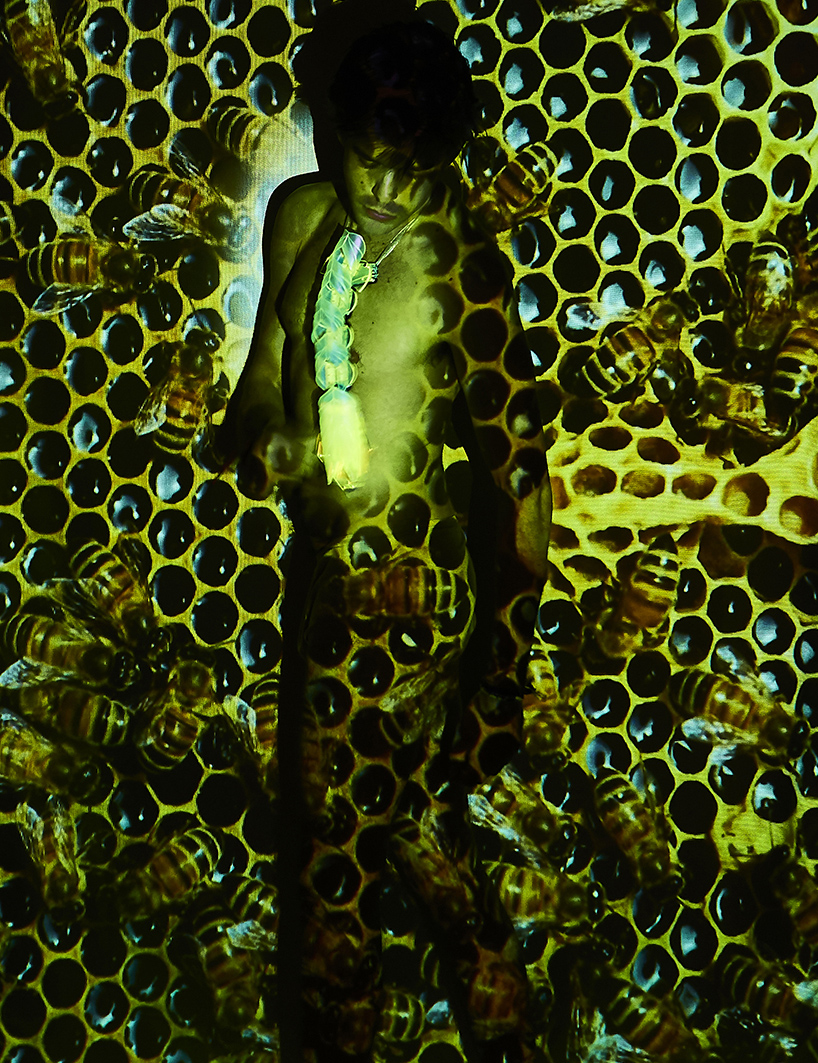 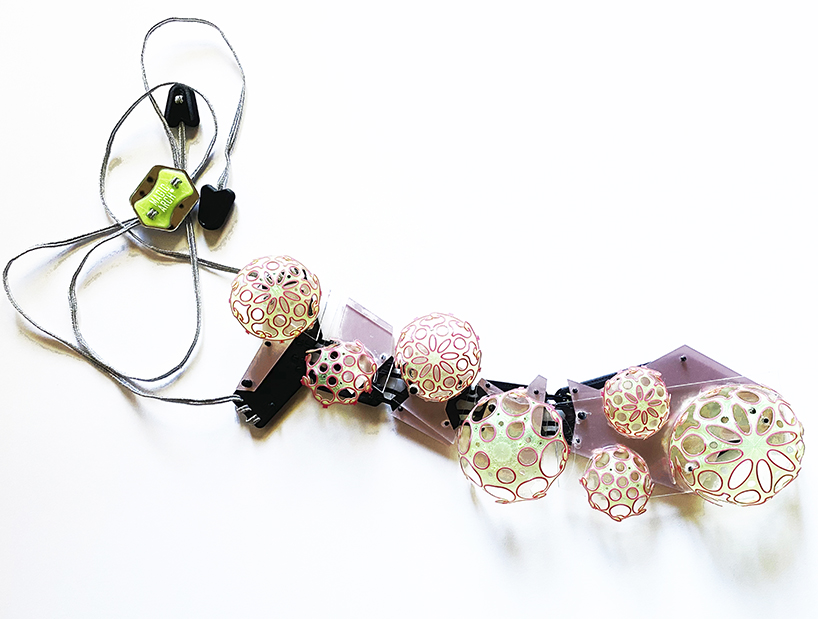 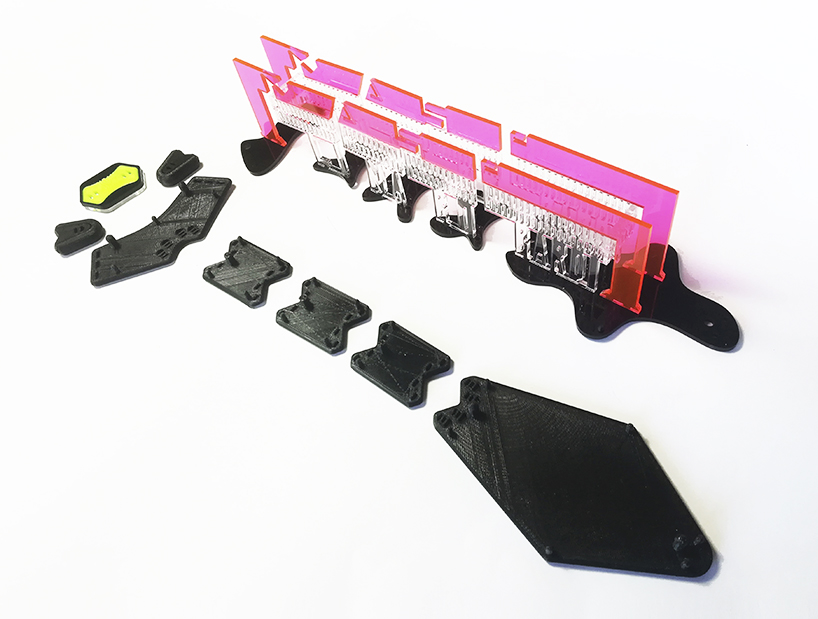 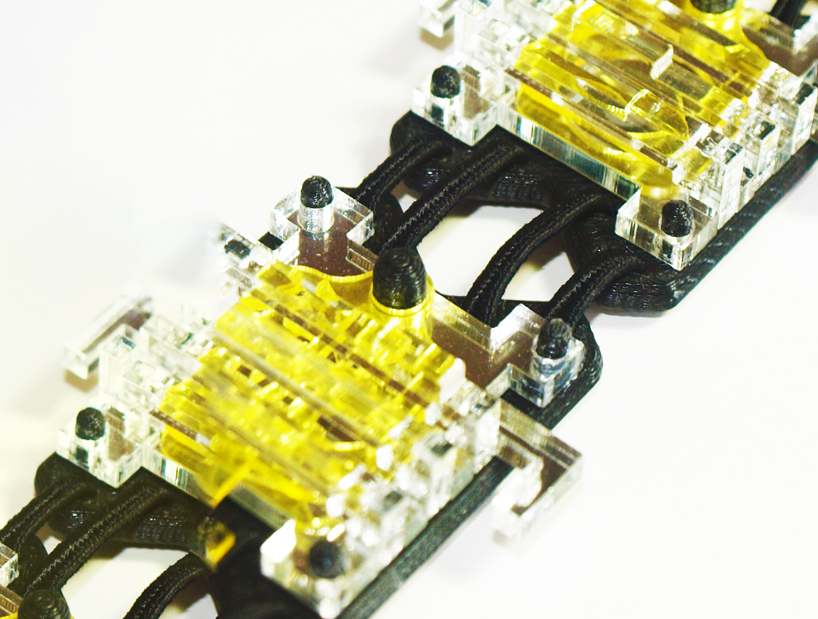 about dancing among cyborgs and other metabolisms 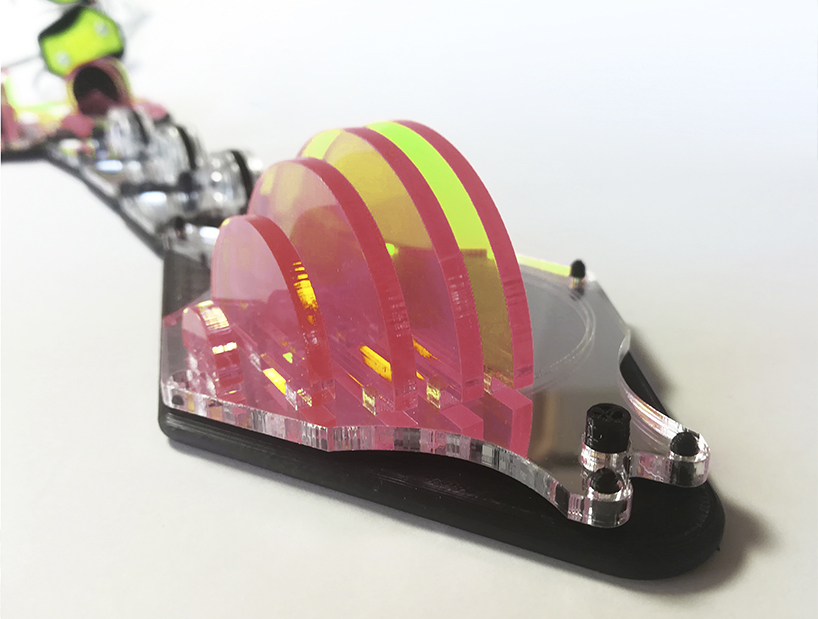 about the acceleration of technoscience 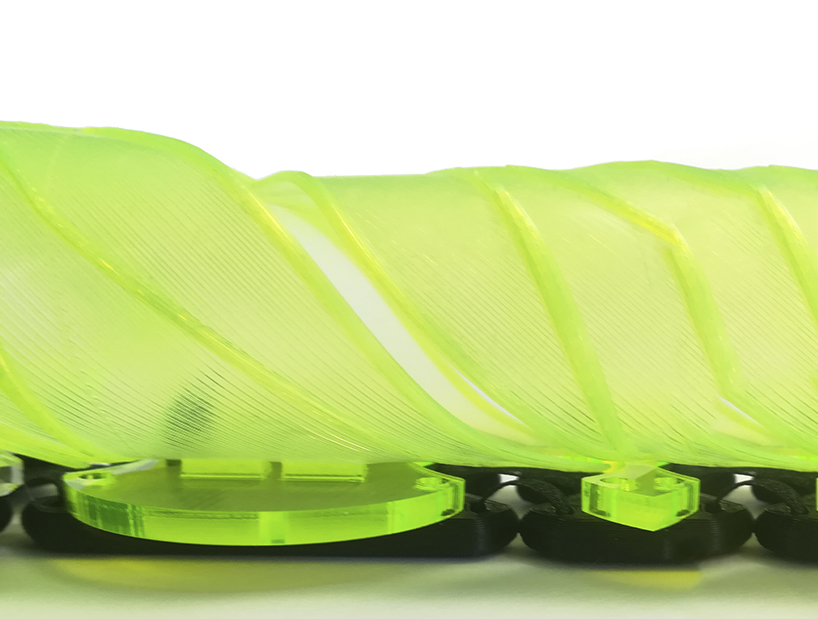 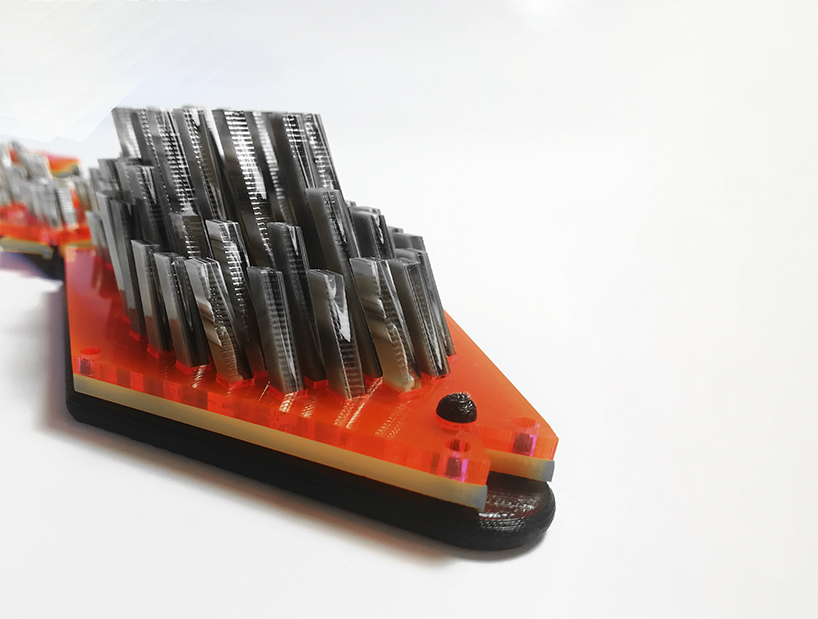 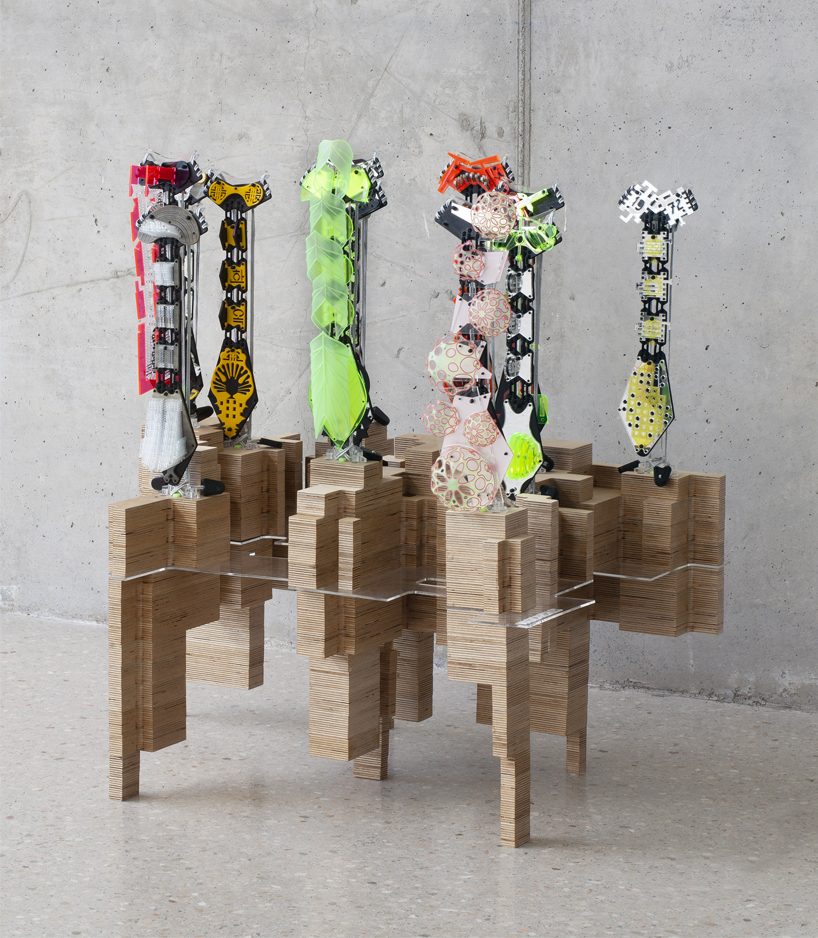 view of the 12 portable devices on the world map, they will be exhibited in the spanish pavilion together with the performance