two young architects have joined forces to create ‘the maidan tent’, an innovative shelter and possible solution to provide a public space for refugees —specifically in the camp in ritsona, greece. the initiative aims to improve the living conditions of refugees which in recent years have fled their disaster-hit home countries. 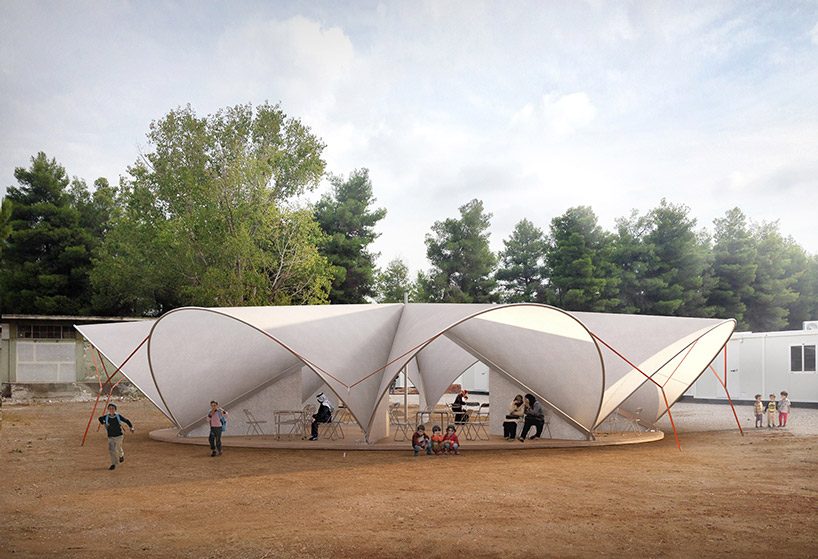 working with the patronage of IOM (international organization for migration) and the UN migration agency, architects bonaventura visconti di modrone and leo bettini oberkalmsteiner has proposed the maidan tent as a space to serve as a public, organized common area- reminiscent of a covered piazza. underneath the distinctively shaped fabric canopy, the covered circular space is divided into eight sectors of which, in turn has two concentric areas. as a result, this common area can be used at the same time to host different functions including a place to read, social, play and more. 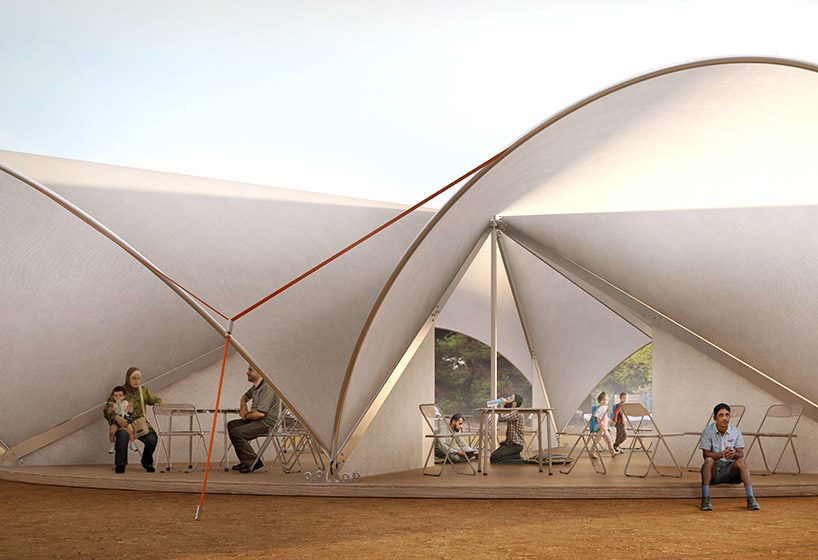 during the visit to the camp in greece, the designers understood that the distress amongst the refugees was mainly psychological: ‘what striked us the most in the camp was the total lack of daily activities and blatant inaction of the people. disorientation, uncertainty on their future and fear is read in their eyes.’ 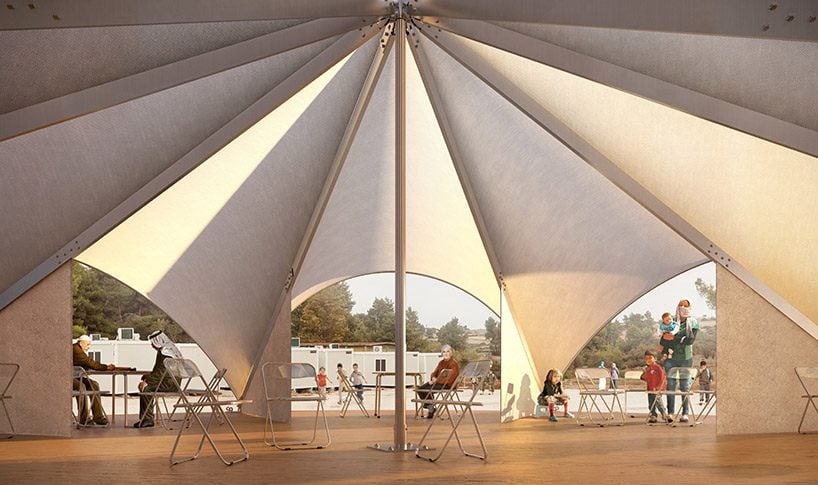 the open-nature of the structure was devised to foster an inviting gesture from all directions. additionally, the zoning enables relationships to be created and the multifunctional nature can be adapted and changed as needed. at the heart of the structure lies the meeting area that is bounded by a ring of additional semi‐private areas where people can carry out their activities in a more cosy private atmosphere.

‘we chose this shape especially because it’s different from a conventional tent.’ comments the designers ‘our goal is to create a public common space, not a big house, the shape has to be appropriate to respond to psychological needs, as well as procedural ones.’

donate and find out more about the maidan tent here. 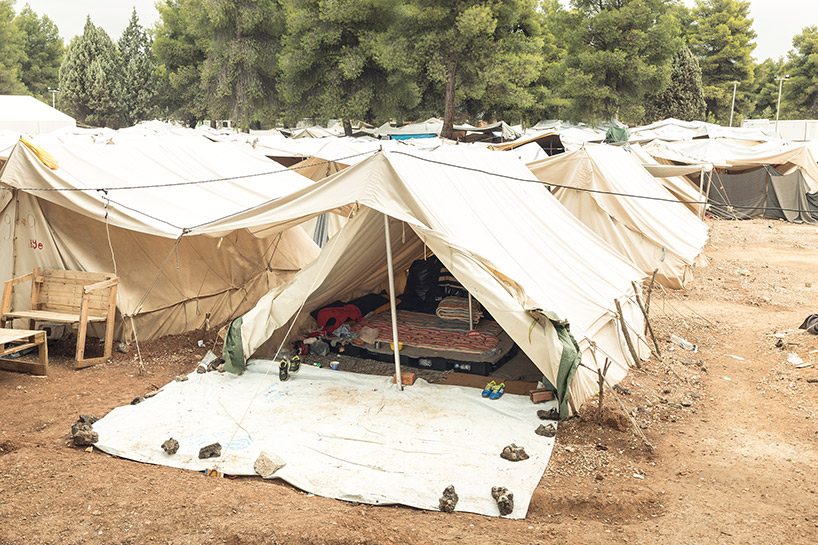 the architects travelled to the refugee camp of ritsona, greece to get a better understanding of the situation 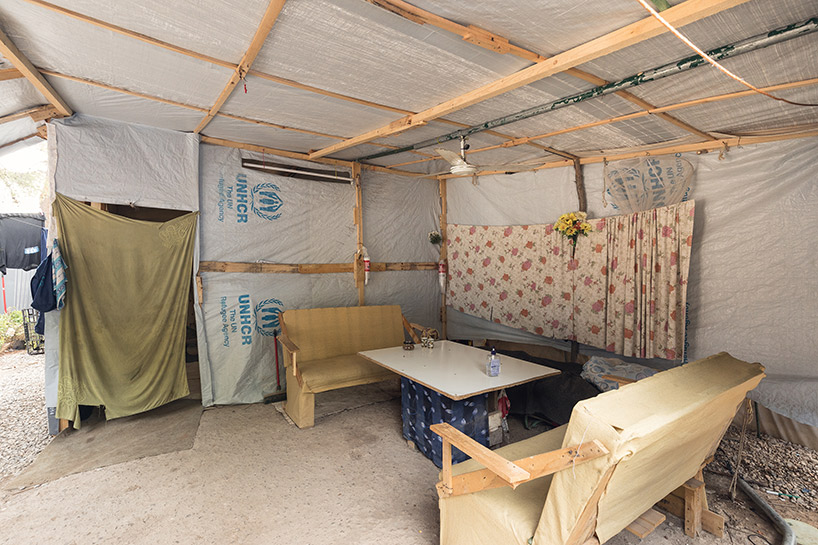 during the visit, the designers believes that the distress amongst the refugees is mainly psychological 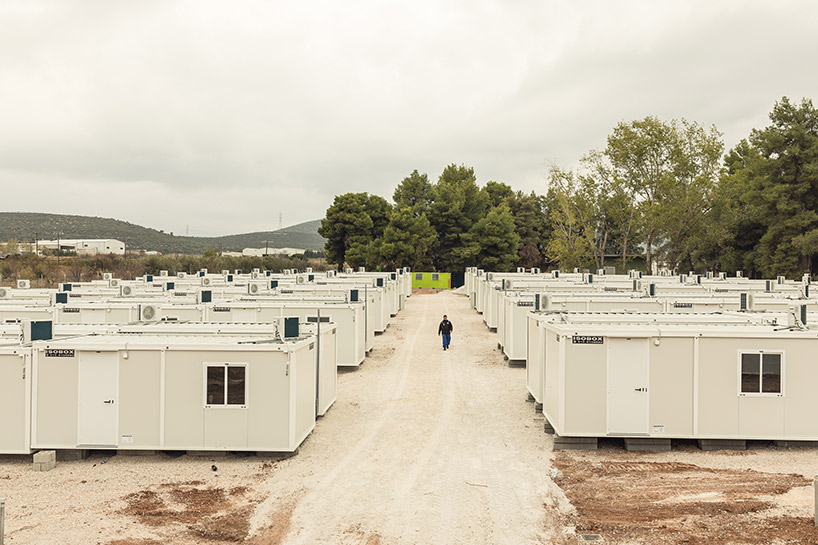