born in 1920, hungarian architect antti lovag believed that a private house should be a place of freedom. this notion manifested itself in his projects, with right angles abandoned in favor of bulbous curves that, according to the architect, are a more natural extension of man’s movements and gestures. lovag’s most recognizable work is arguably his very first house design for adventurer and philanthropist pierre bernard, located in the southern french town of théoule sur mer.

lovag, who lived on-site during the building’s construction, first studied the characteristics of the terrain and decided to shape the structure using a flexible iron framework finished with a cast layer of concrete. completed at the end of the 1970s, the family home includes a set of shared living areas and private spaces dedicated to each of the four family members. 40 years after its birth, the maison bernard endowment fund commissioned french architect odile decq to renovate the building, a process which lasted five years. the restoration focused primarily on a bold use of vibrant color which enabled each of the dwelling’s spaces to have veritable identities. each year ‘maison bernard’ welcomes an artist in residence for a maximum six-month stay. the selected creative must complete an original work in relation to the house’s architecture and its natural environment. the artists receive a scholarship and are housed in the independent living quarters and adjacent workshop created in the 1970s by antti lovag for his own use. the building is now open for public visits every tuesday from october to april and every other tuesday during may, june, and september. 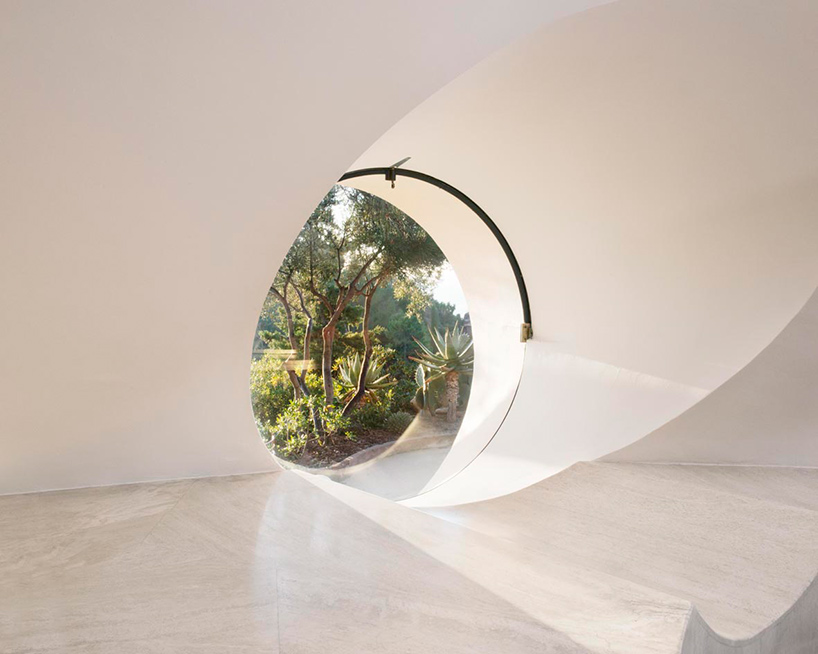 on the occasion of the home’s reopening, photographer yves gellie has created a series of original images that focus on the building’s form and color. this photo essay questions the relationship between art and architecture through considering the nature and shape of space as well as its representation. 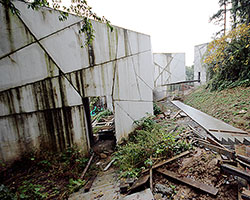