positioned between two conventional suburban homes, makiko tsukada architects has completed a residential property that integrates accessible areas of greenery in order to utilize the site’s individual characteristics. envisioned as an ‘urban cave’, the design serves as a retreat, allowing its occupants to establish new relationships with both the natural and urban environment. 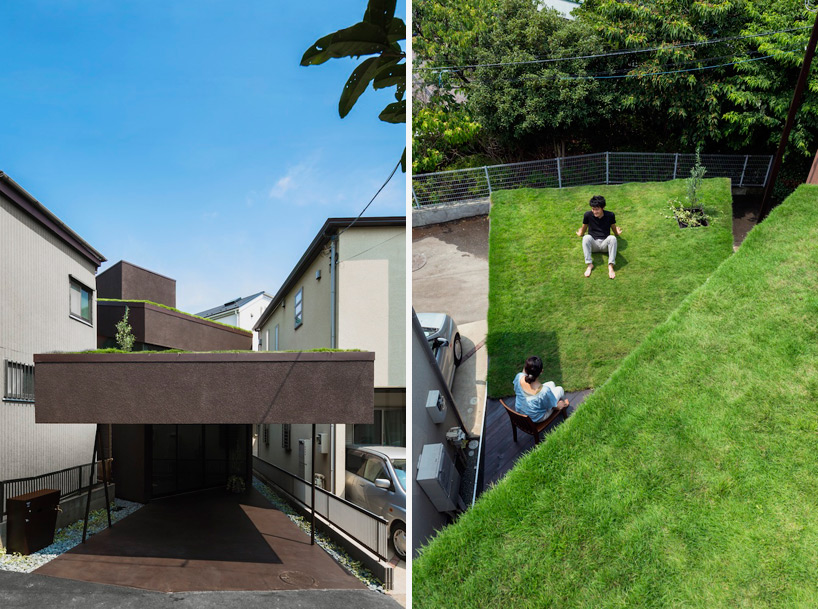 entitled ‘grass cave house’, the structure’s perimeter is determined by the awkwardly shaped plot, with two green roofs topping the building. the first lawn, situated above the garage, slopes down towards the living room, directing sightlines towards an adjacent park. the second larger green roof is angled towards the street, providing a stark visual contrast with neighboring homes. from an environmental perspective, both lawns absorb solar radiation during the summer months, while throughout the colder seasons they provide important insulation. 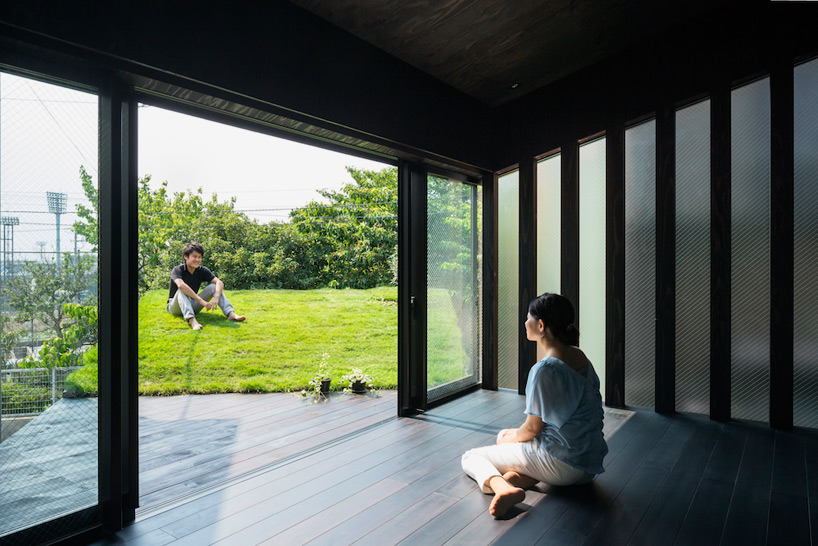 internally, a large cavernous volume is clad with dark timber, becoming more private towards the rear of the property. a central core not only provides access to the roof, but carefully redirects natural light to the bathroom at ground floor level. 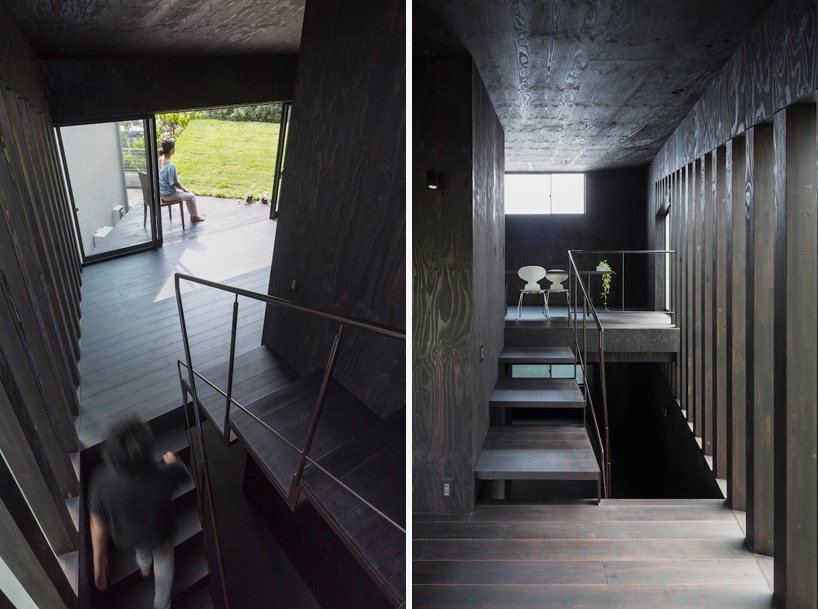 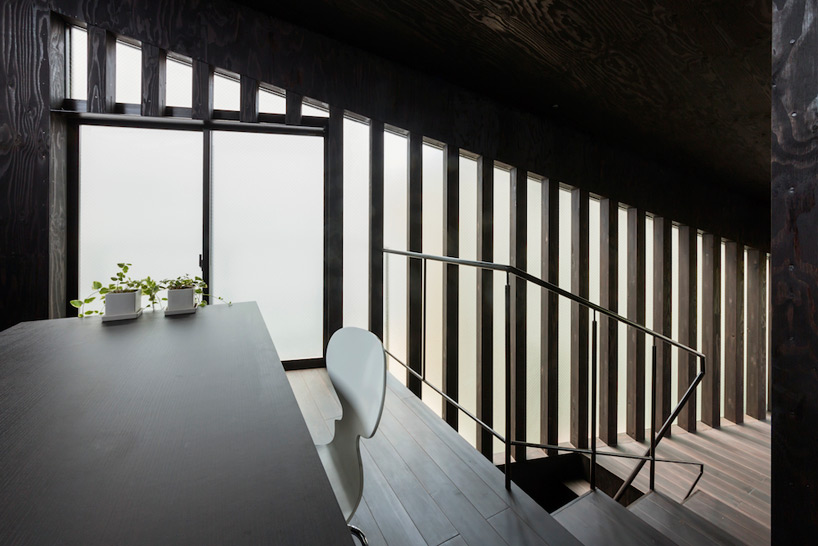 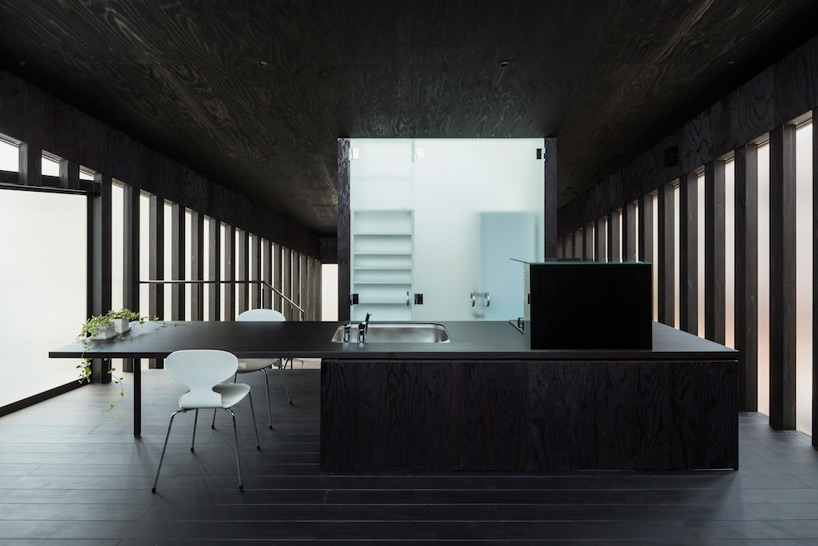 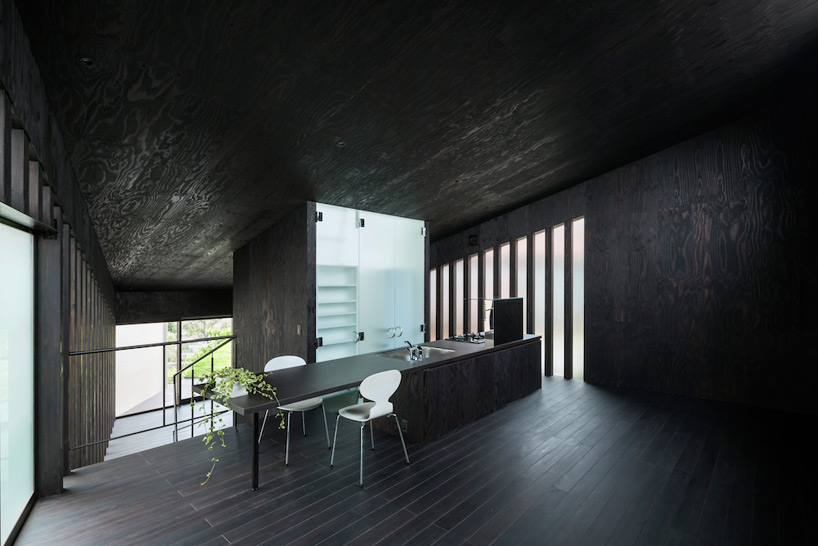 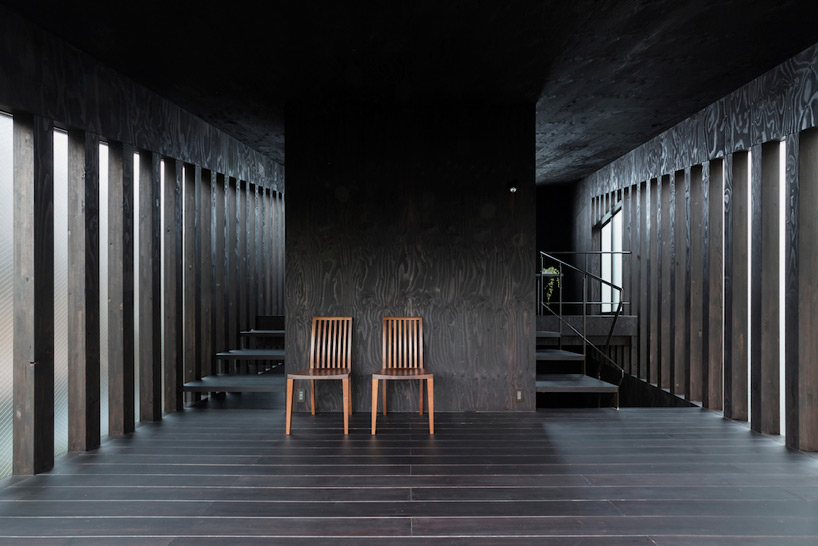 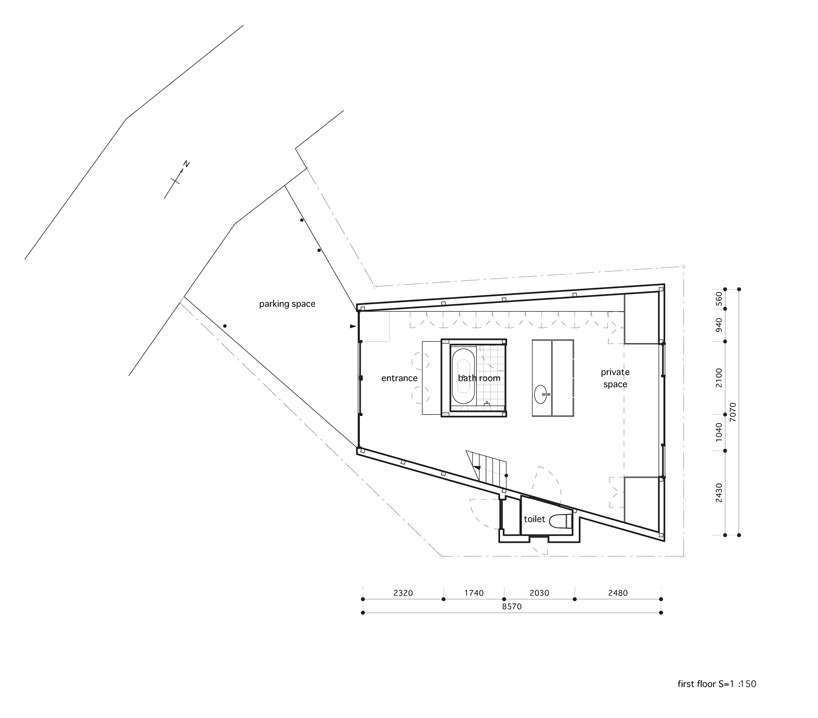 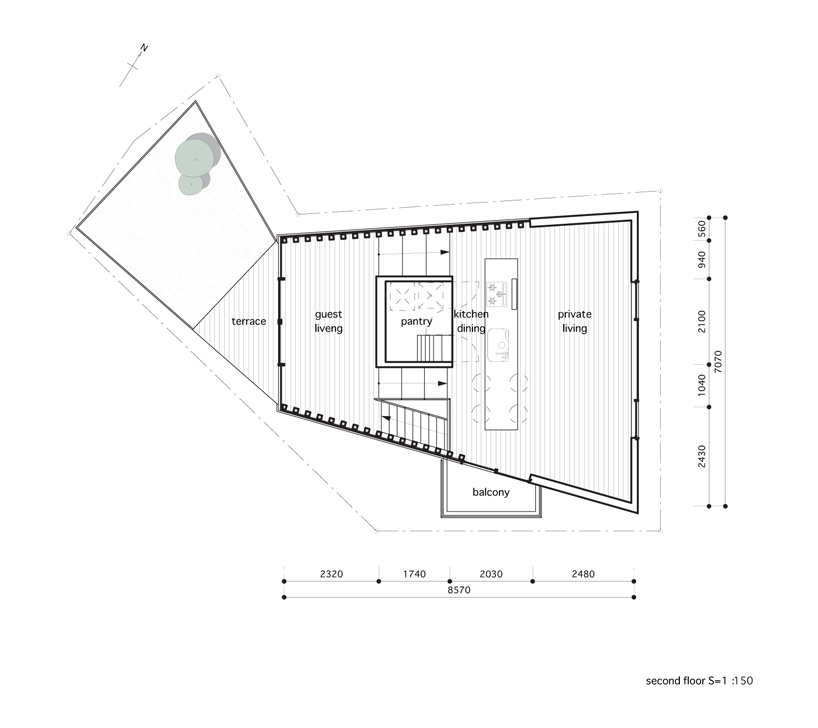 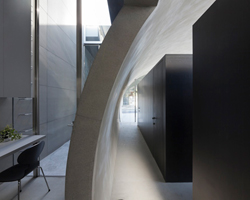