in a residential neighborhood of tokyo, makoto yamaguchi design has constructed an apartment complex made of reinforced concrete. entitled ‘oggi’, the project has been built on historic land where previous residences boasted red brick boundary walls and intimate japanese gardens. reinterpreting these themes, the design team created two approaches to the site with narrow strips of plantation surrounding the three-storey building. the structure itself is envisioned as a large singular property, rather than a typical set of individual apartments. 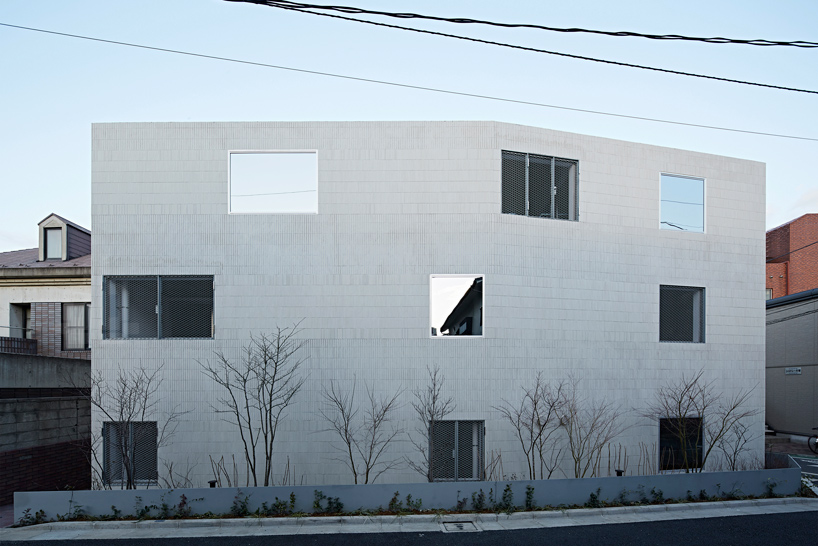 internally, a series of bright volumes are imagined as ‘open rooms’ providing an abundance of daylight and ventilation. these versatile spaces come in various shapes and sizes, and can be utilized freely by their occupants. consequently, adjacent living accommodation does not require artificial lighting, but instead draws light from neighboring ‘open rooms’, which function as lightboxes. spatial continuity is achieved throughout the plan with the application of similar finishes to the floors, walls and ceilings. 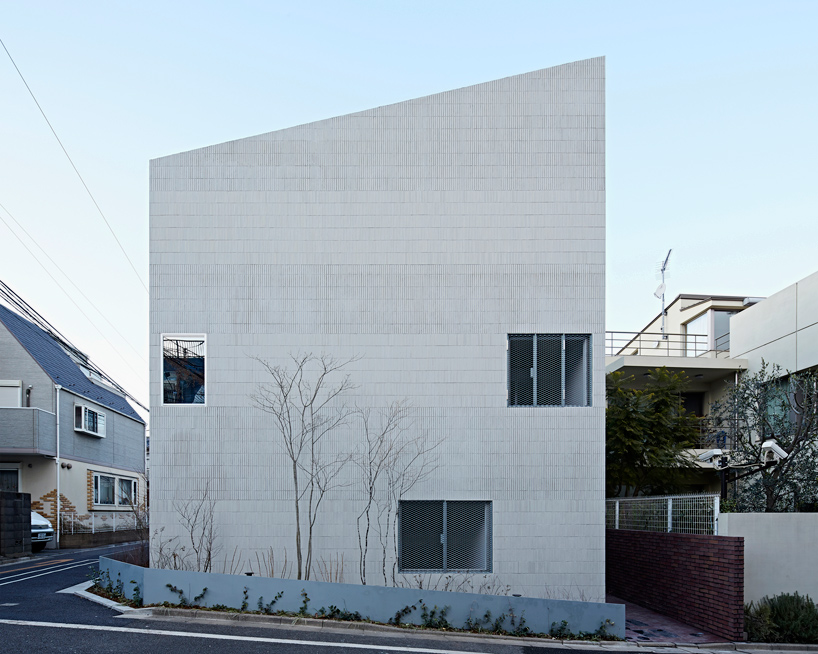 rather than a typical apartment building, the three-storey structure is envisioned as a large singular residence
photo by koichi torimura 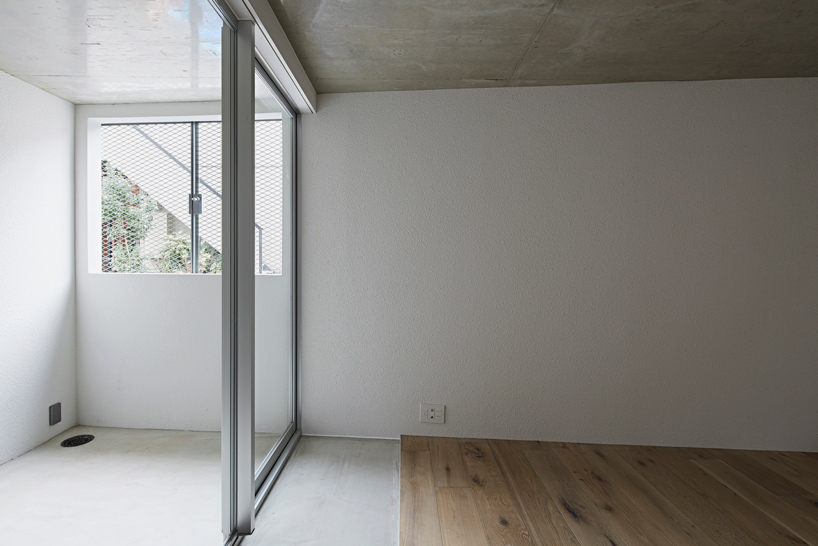 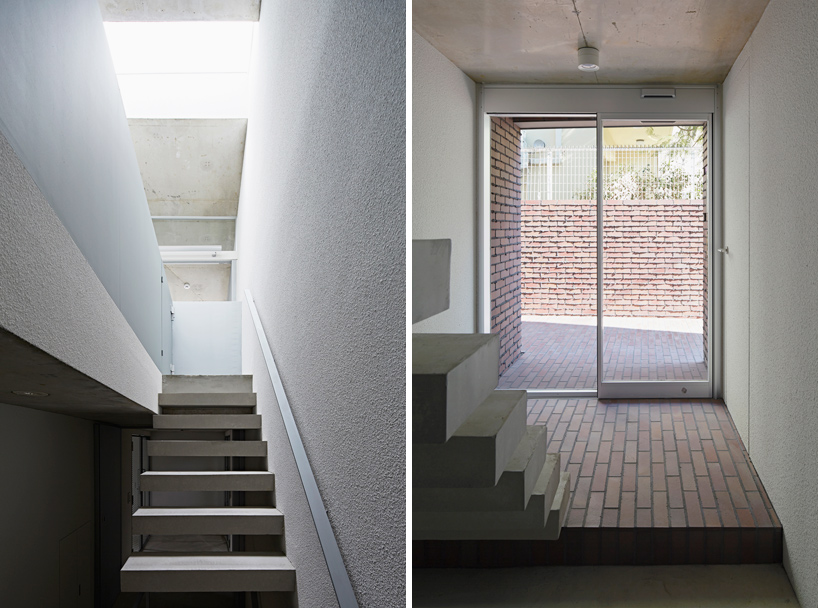 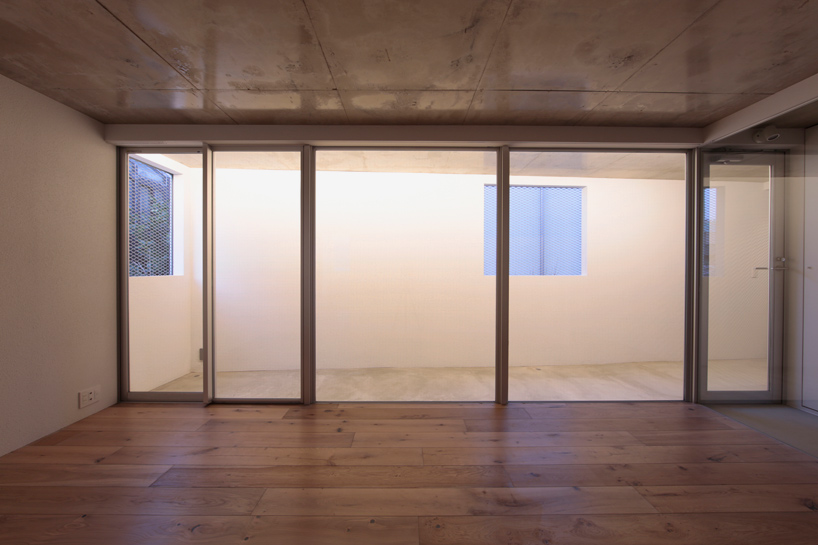 living accommodation does not require artificial lighting, but instead draws light from neighboring ‘open rooms’
photo by koichi torimura 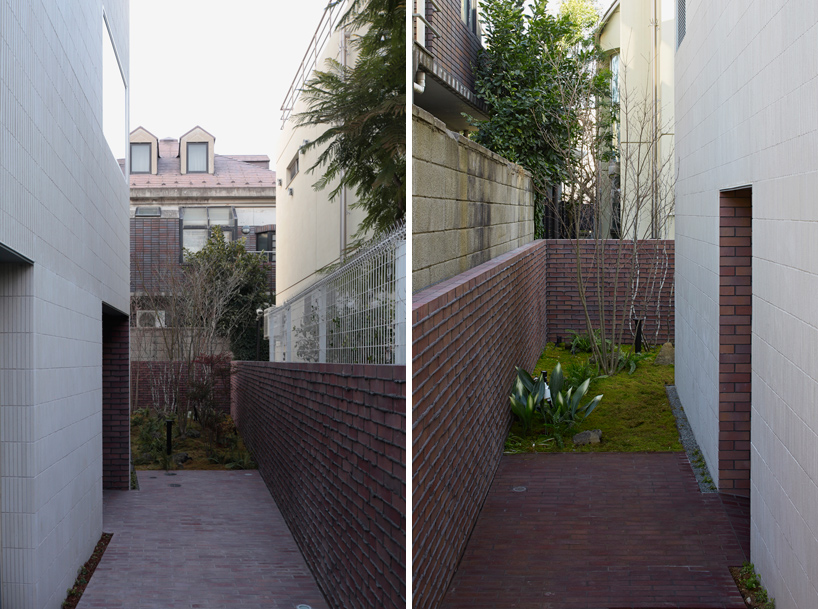 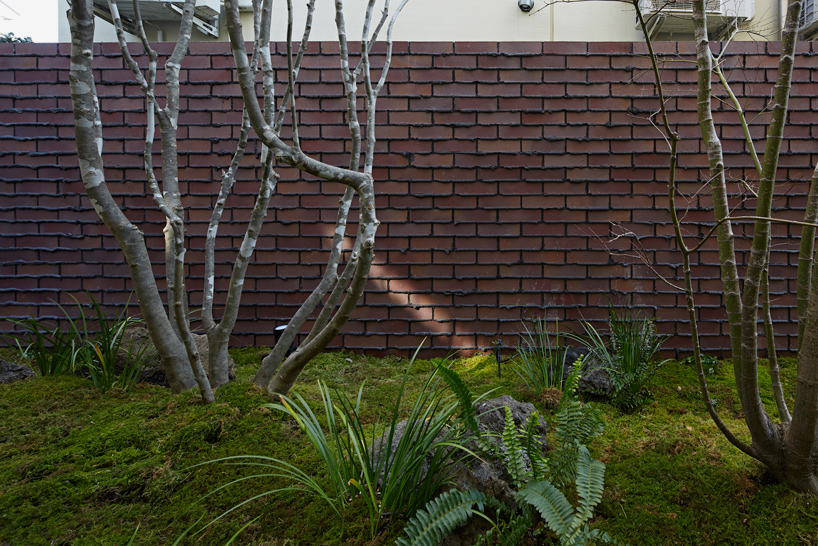 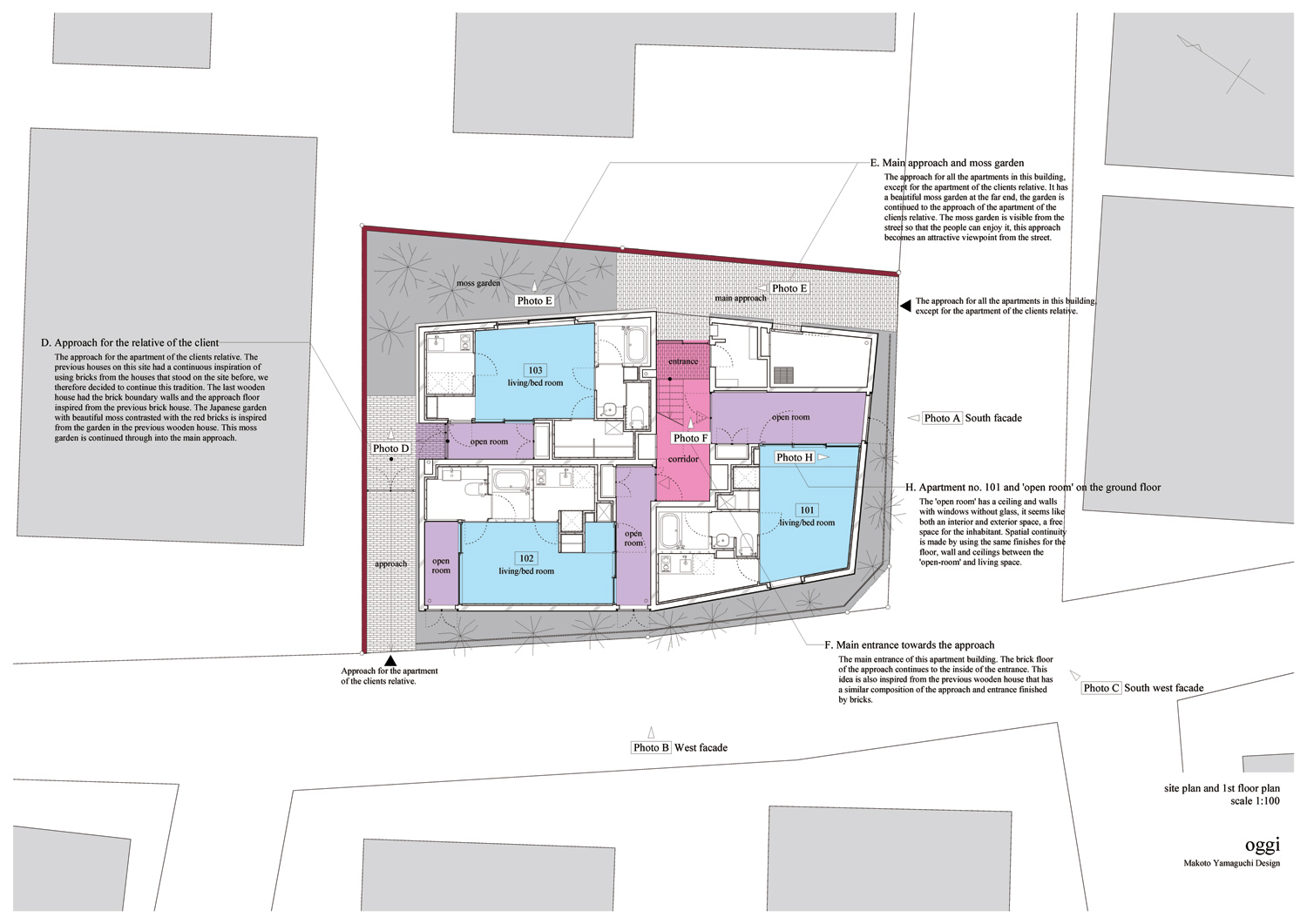 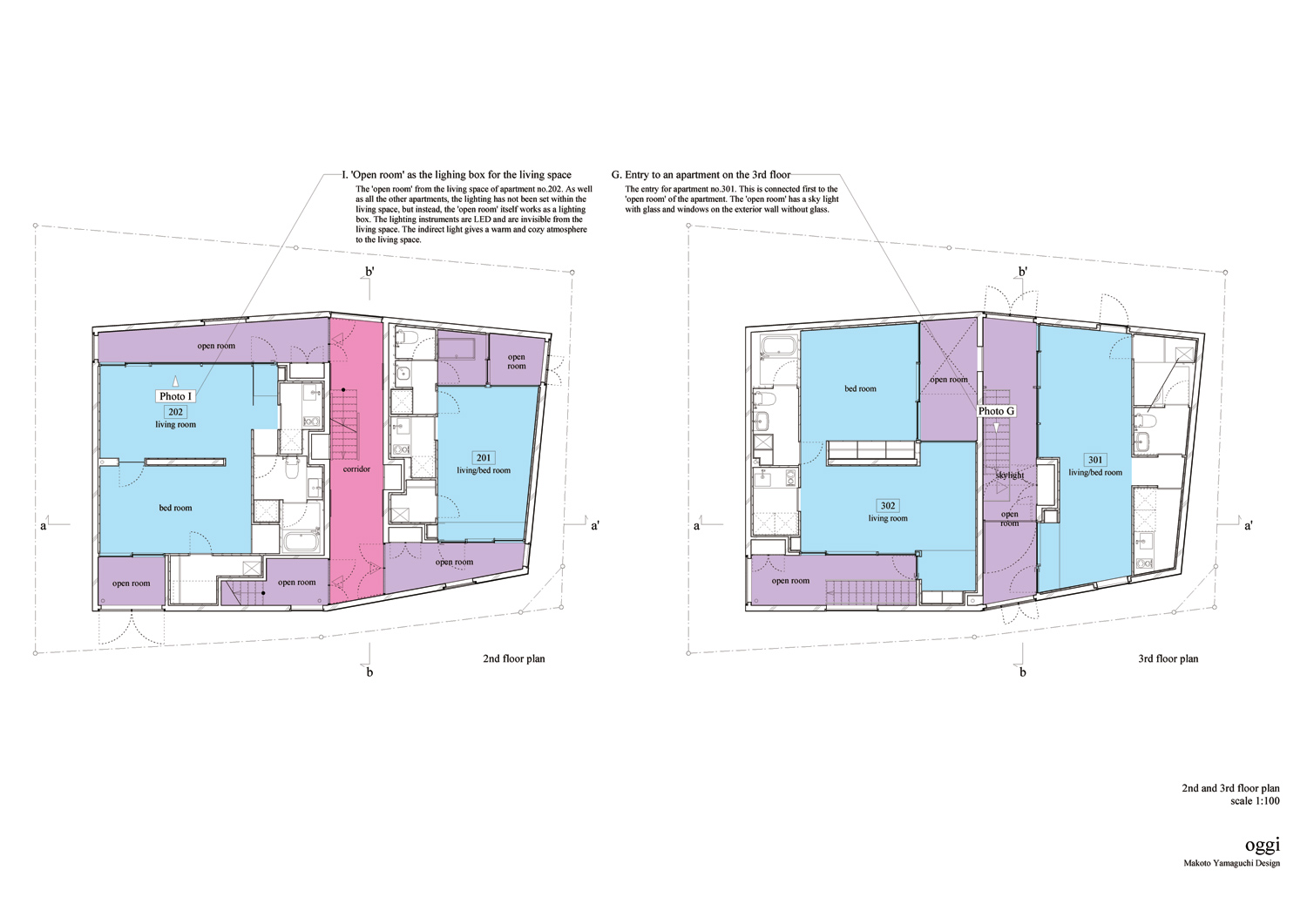 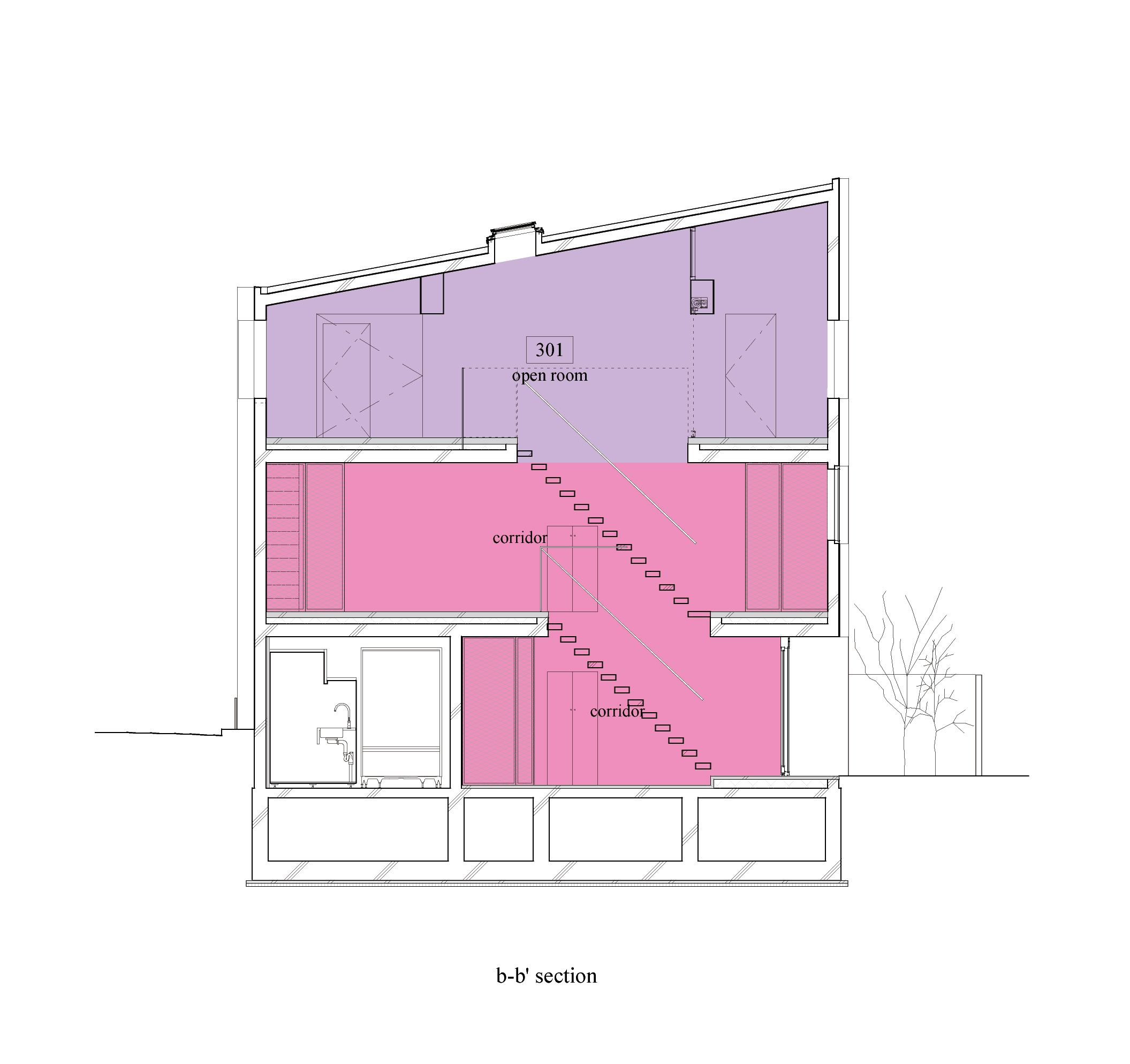 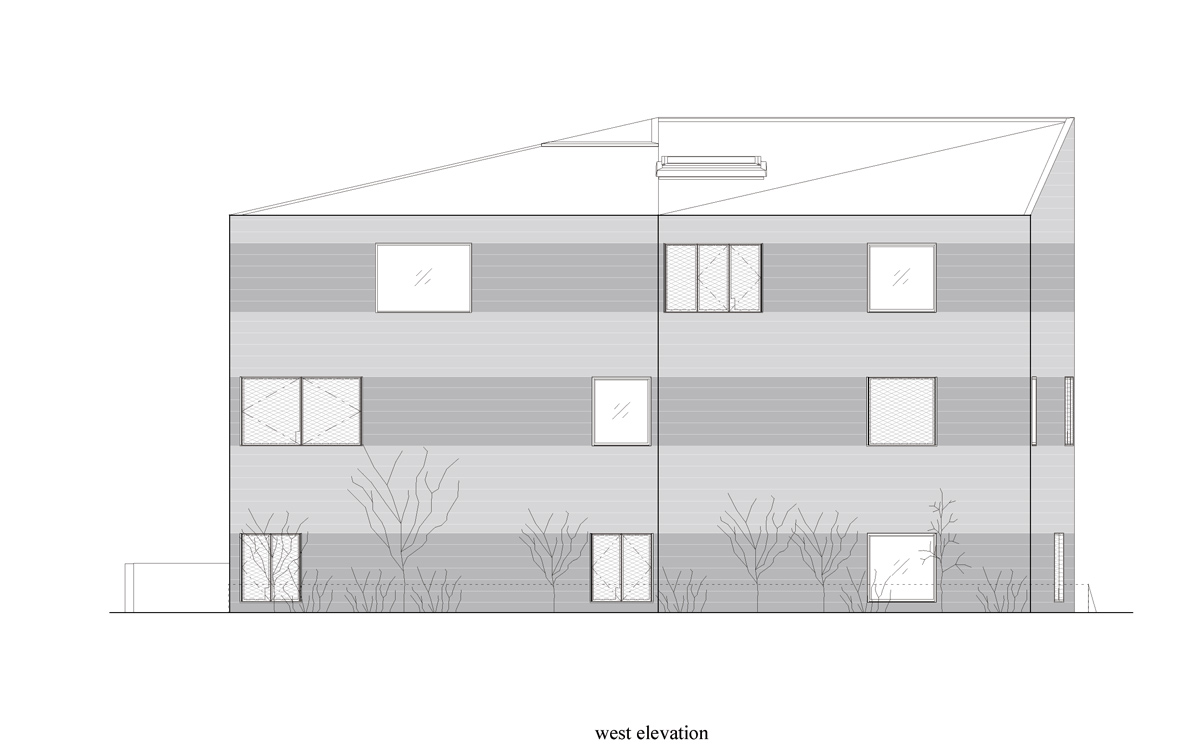 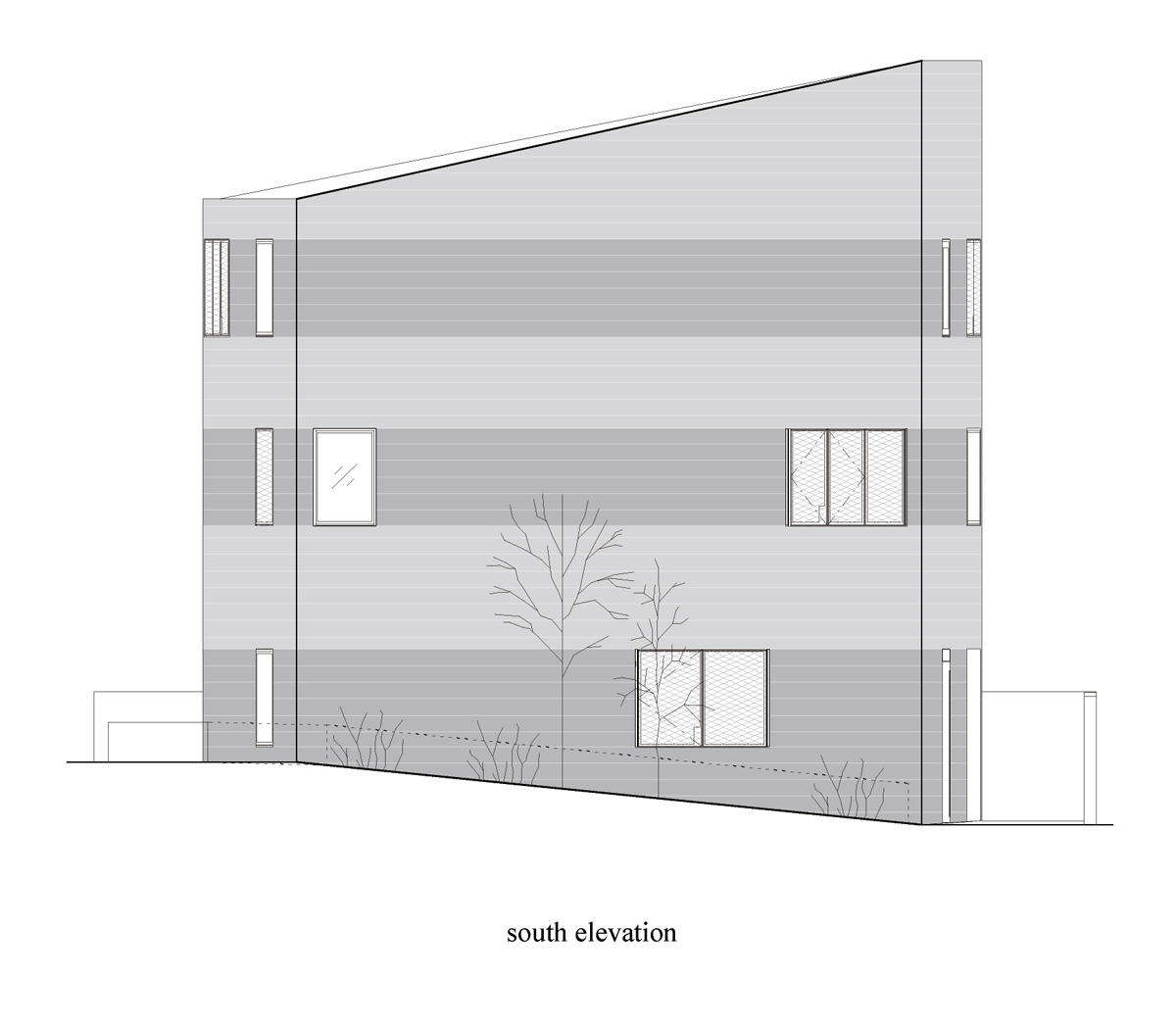 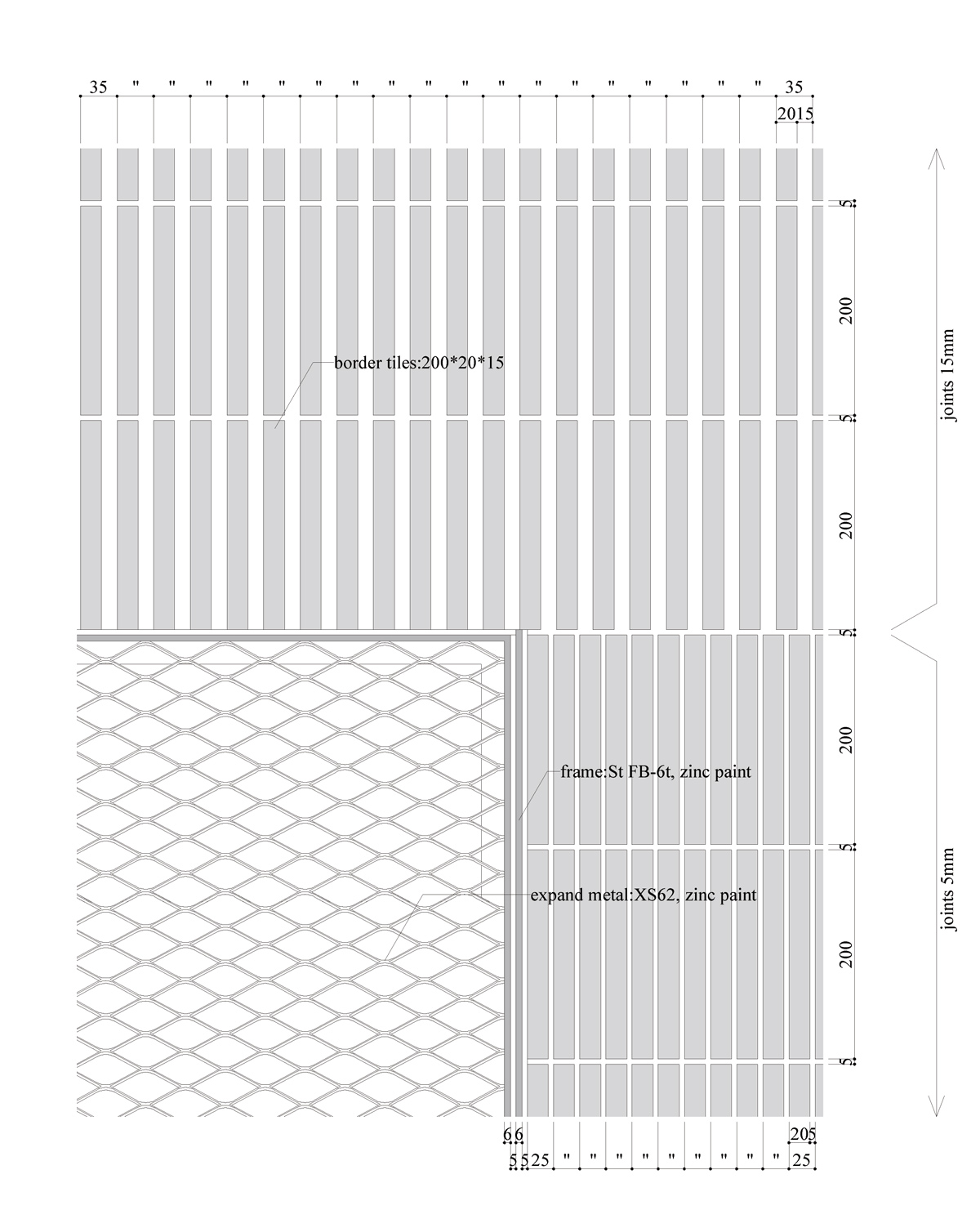 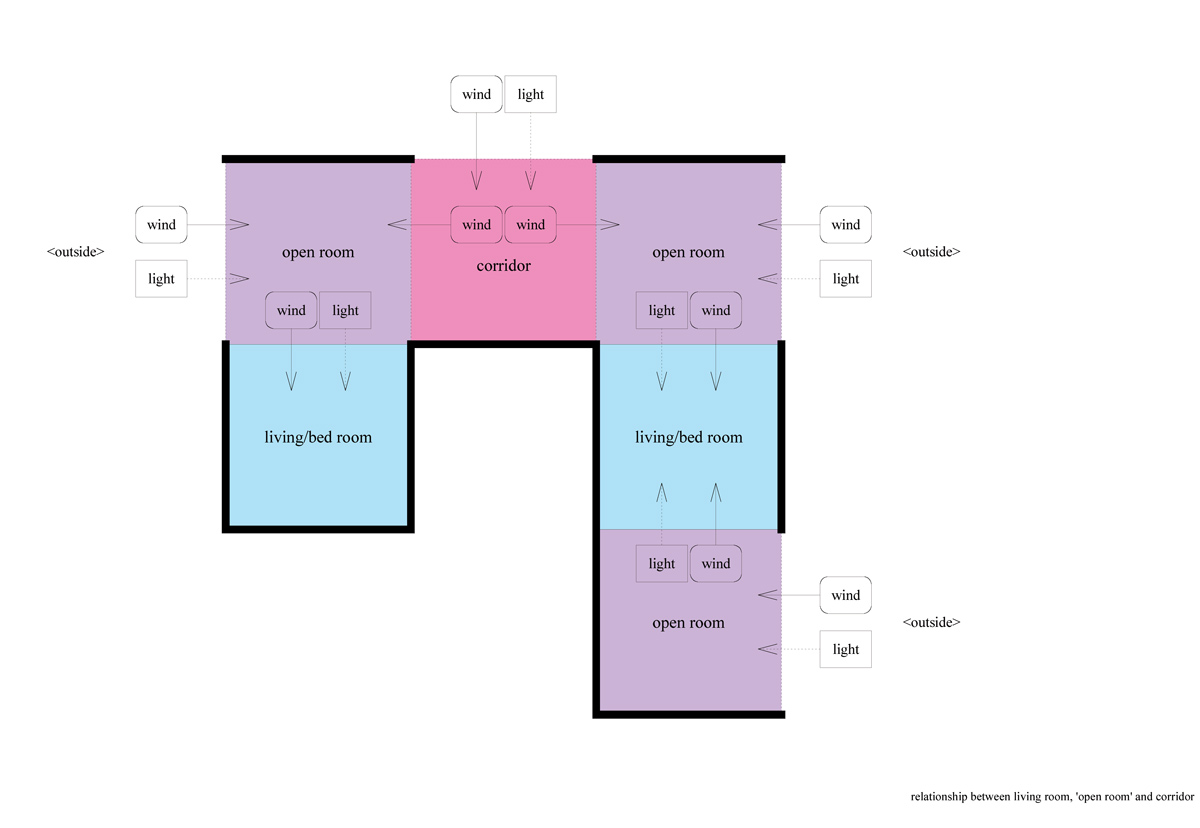 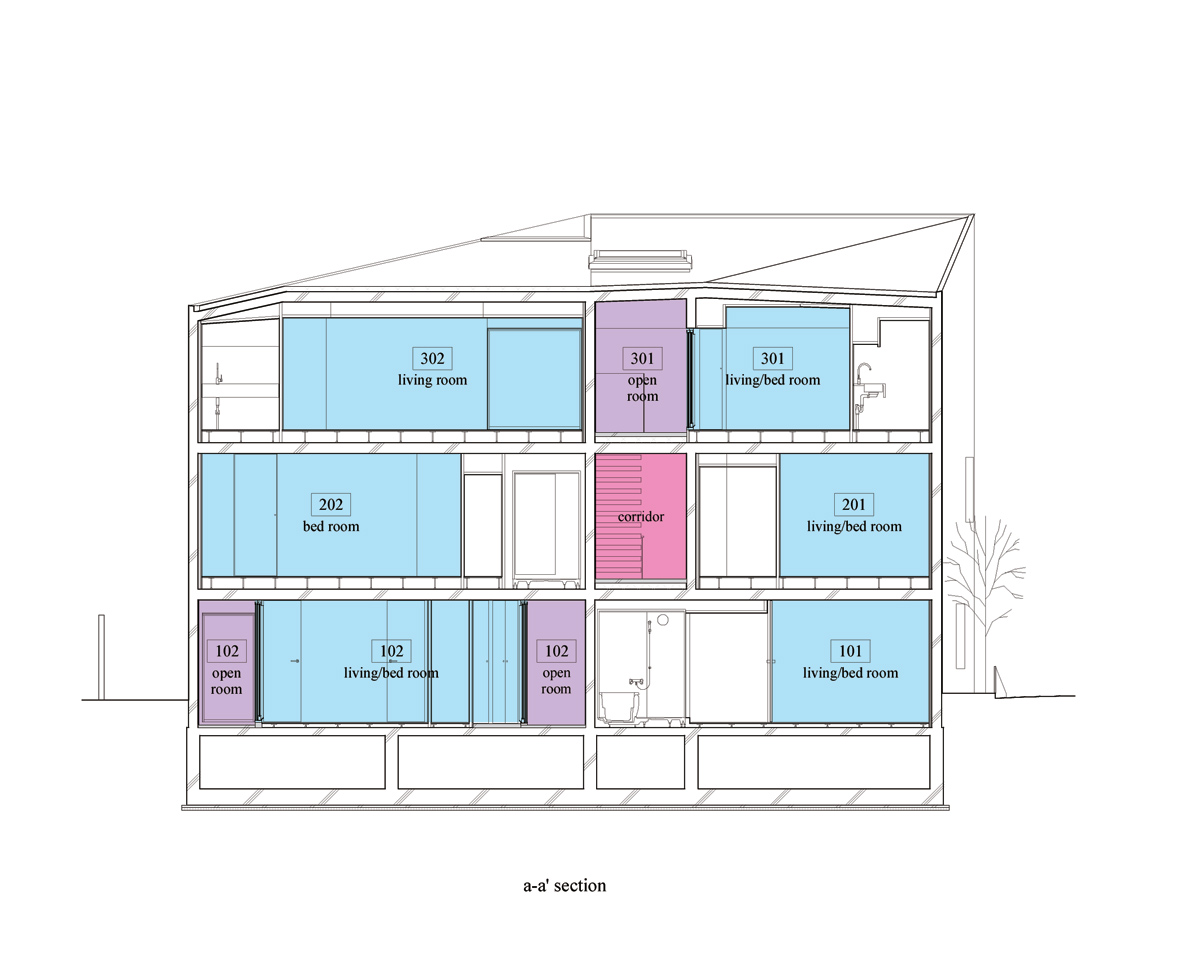 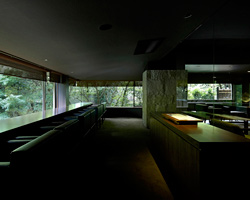 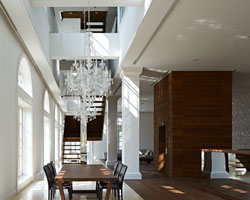 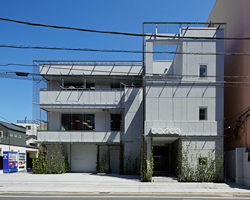 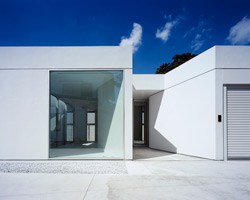 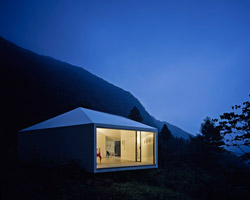