malcolm wells was a bit of a local architectural hero. he was considered to be the the pioneer of underground architecture which does not literally mean building below the ground. rather, he had beliefs that the roofs of all buildings should be made habitable for both animals and plants. he had ideas about covering buildings with up to 4-feet of earth, topped by gardens, wild grasses and trees to transform the habitats into passively heated, earth covered buildings. he worked on the philosophy that architecture should be something that is environmentally efficient and self-sustainable. ideally, a unit that creates pure water, stores rainwater, uses solar energy, produces its own food, creates rich soil and serenity.

wells was particularly influenced by the partially buried design of frank lloyd wright’s taliesin west, along with the works of french architect jacque couelle, who looked at architecture almost as if it was sculpture, focusing on organic forms and materials.

wells devoted most of his life to finding ways of building without destroying the land, making it his credo to ‘leave the land no worse than you found it.‘ having never been formally trained or holding any sort of degree, at the age of 60 he was asked to teach an environmental design course at harvard. wells tried through writing, illustrations, lectures and personal examples, devoting his life to convincing his fellow humans that ‘a building should consume its own waste, maintain itself, match nature’s pace, provide wildlife habitat, moderate climate and weather and be beautiful.‘

malcolm wells recently passed away at the age of 83 in cape cod, massachusettes. 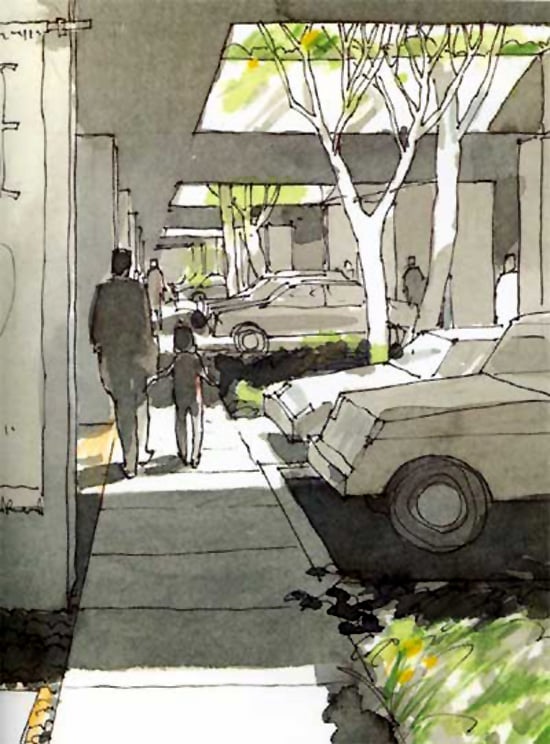 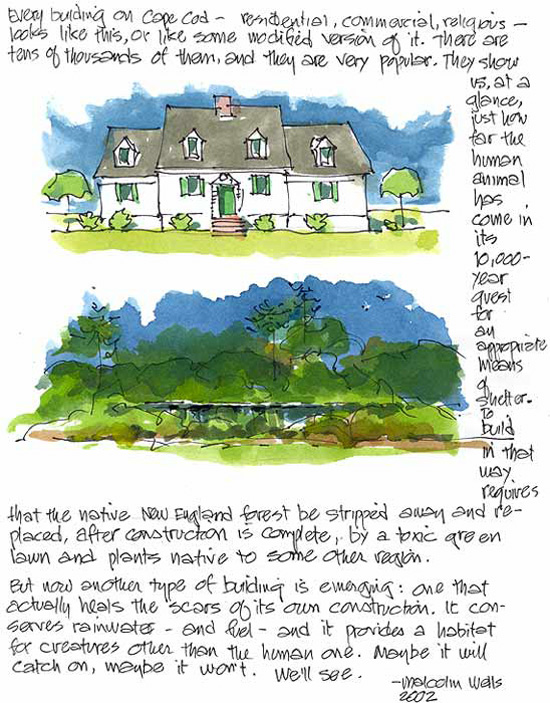 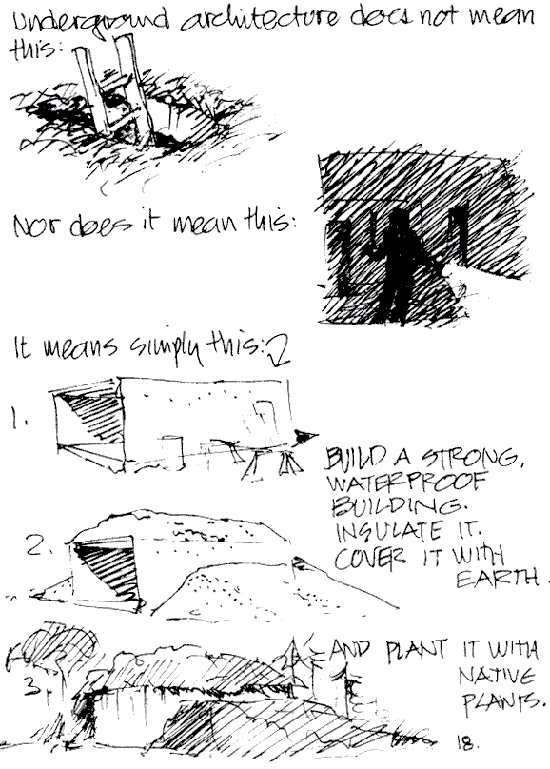