based in suburban nagoya, japan, mamiya shinichi design studio took on the challenge to construct their own workspace. named ‘pillar grove’ the dynamic and distinctive work space of the creative studio focused of creating a fresh environment to drive the company’s development, while encouraging a rich communication between the employees. 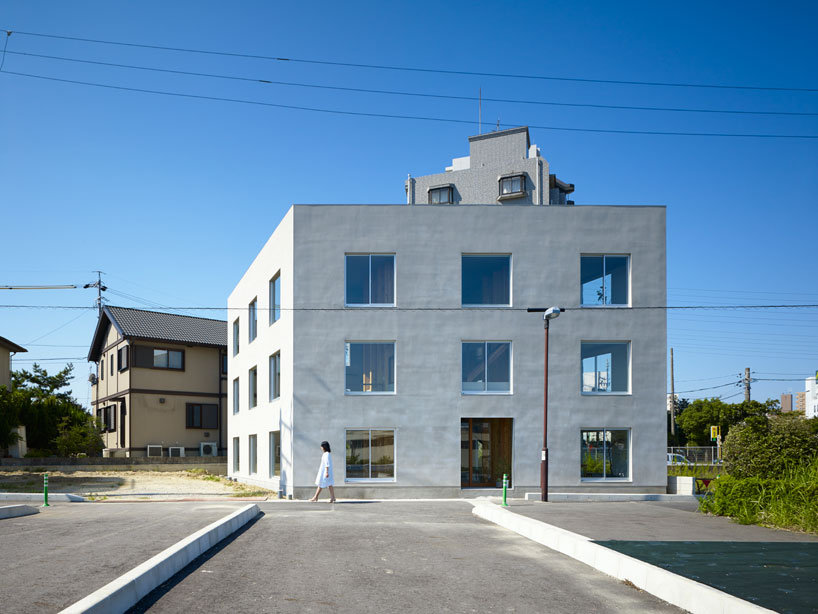 located in the suburbs of nagoya, the exterior is a simple three-storey structure

externally, the façade is a simple three-storey building with the same sized windows organized around all four walls. meanwhile, the interior evokes a less systematic program, and explores the possibilities of timber construction. illustrated by the use of 30 ‘pillars’, these timber panels seemingly pierce through the different levels and are arranged in a hash-tag layout. 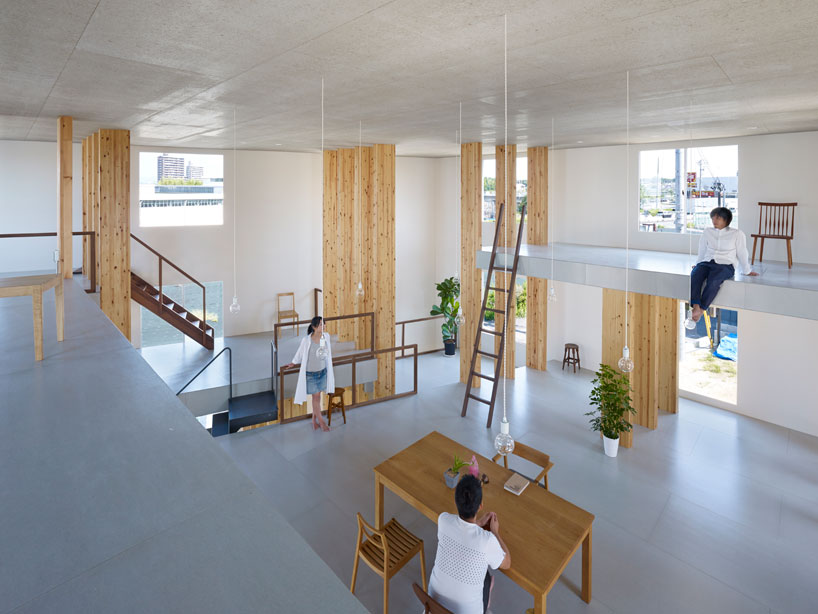 the timber columns meant no load bearing walls were needed

the creation of the columns, shelving and partition system has encouraged the free-arrangement of floor slabs– which have been placed at different heights and allowing the staff to settle in their own custom space within the office. in addition to the brightly lit environment, all the elements come together to create an intentionally designed office that bears surprising forms of functionality – contributing to the feeling of being surrounded by a grove – and promoting a thriving and comfortable studio. 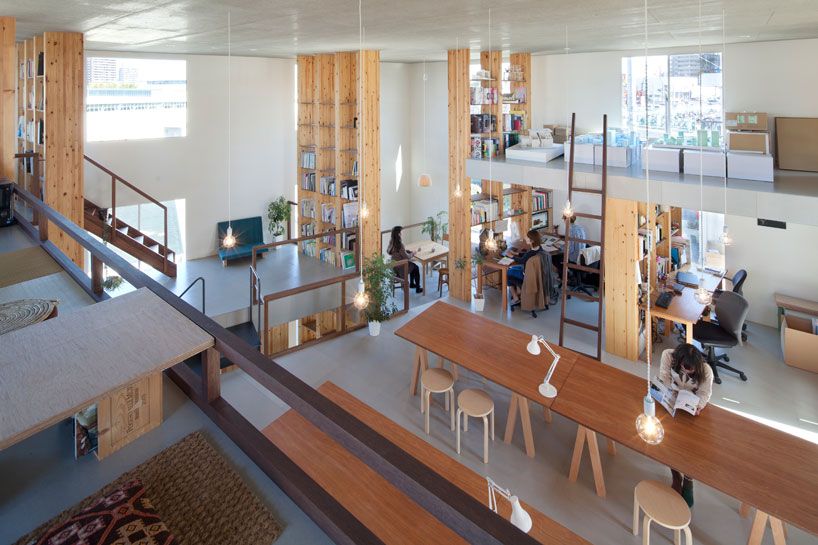 the japanese design studio had designed their own office space 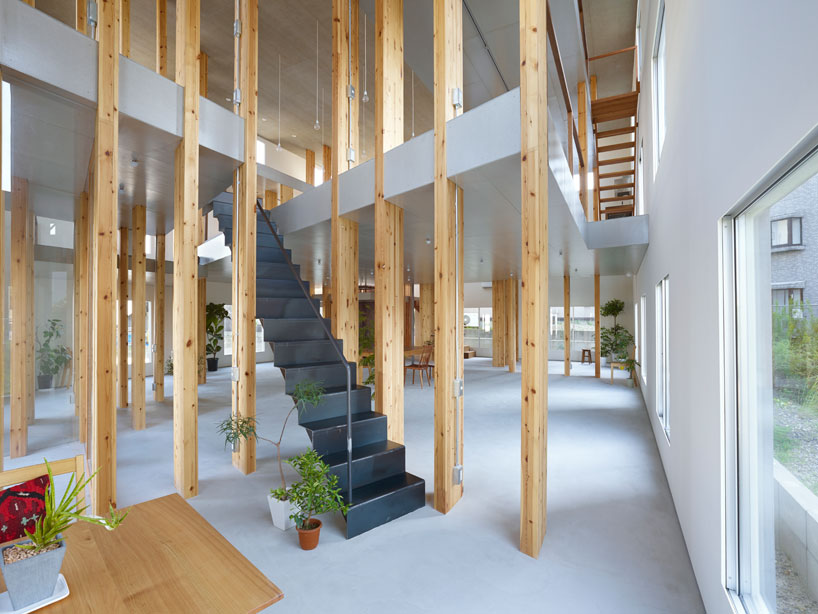 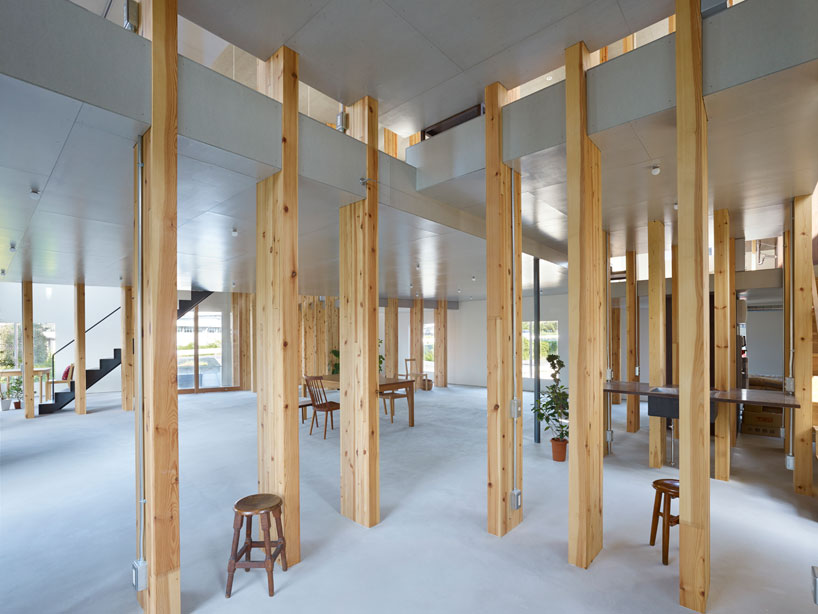 30 timber panels were used throughout- acting as columns, partitions and book shelves 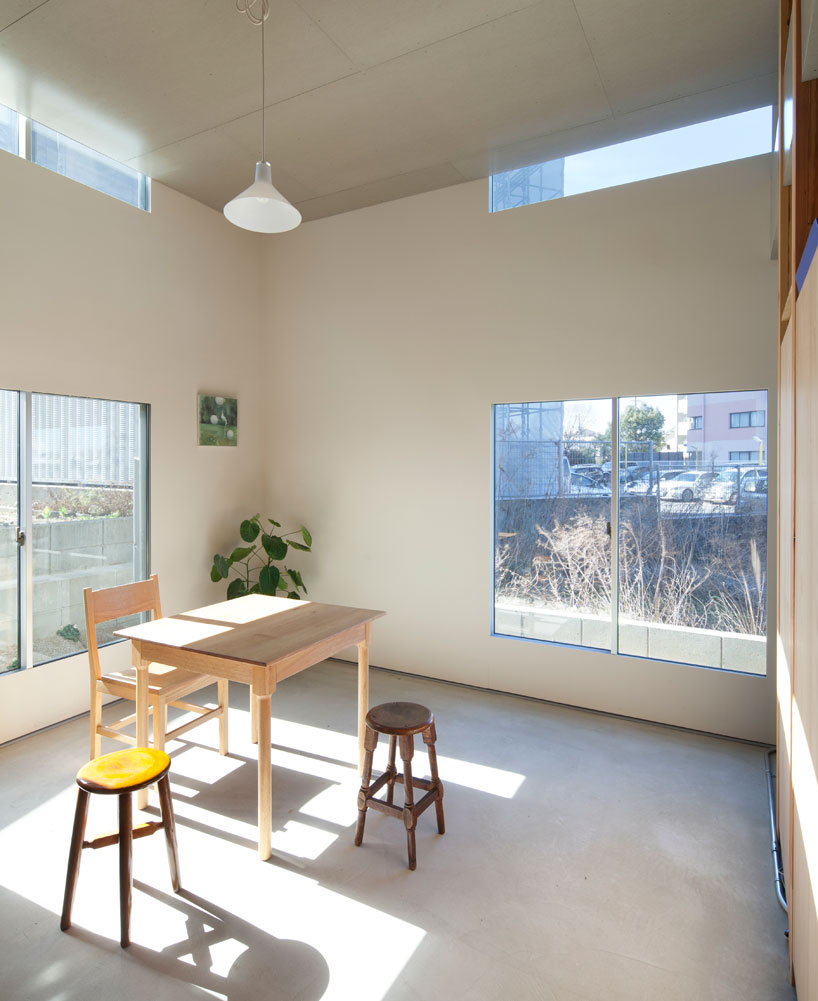 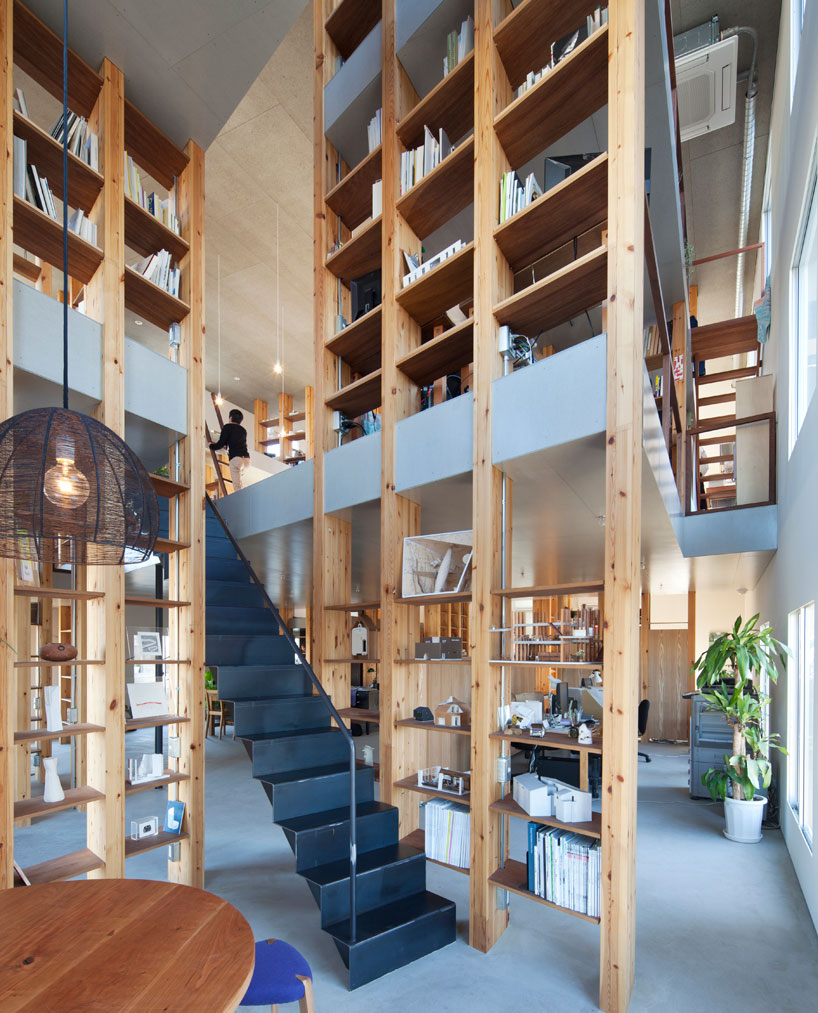 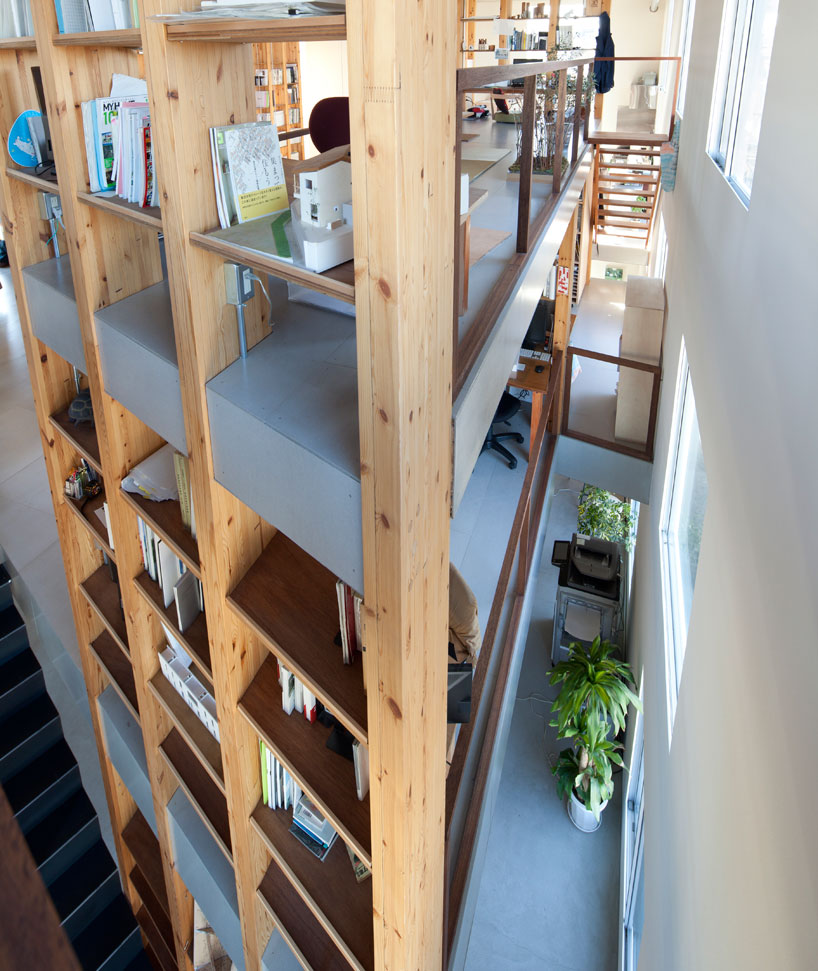 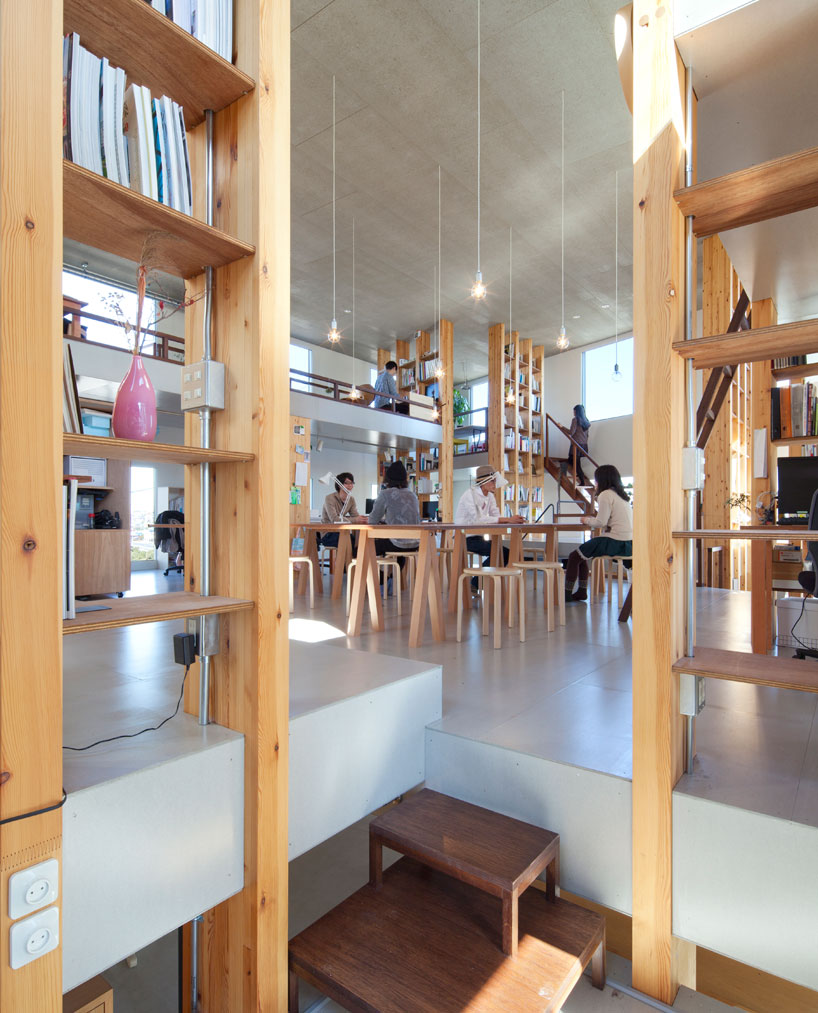 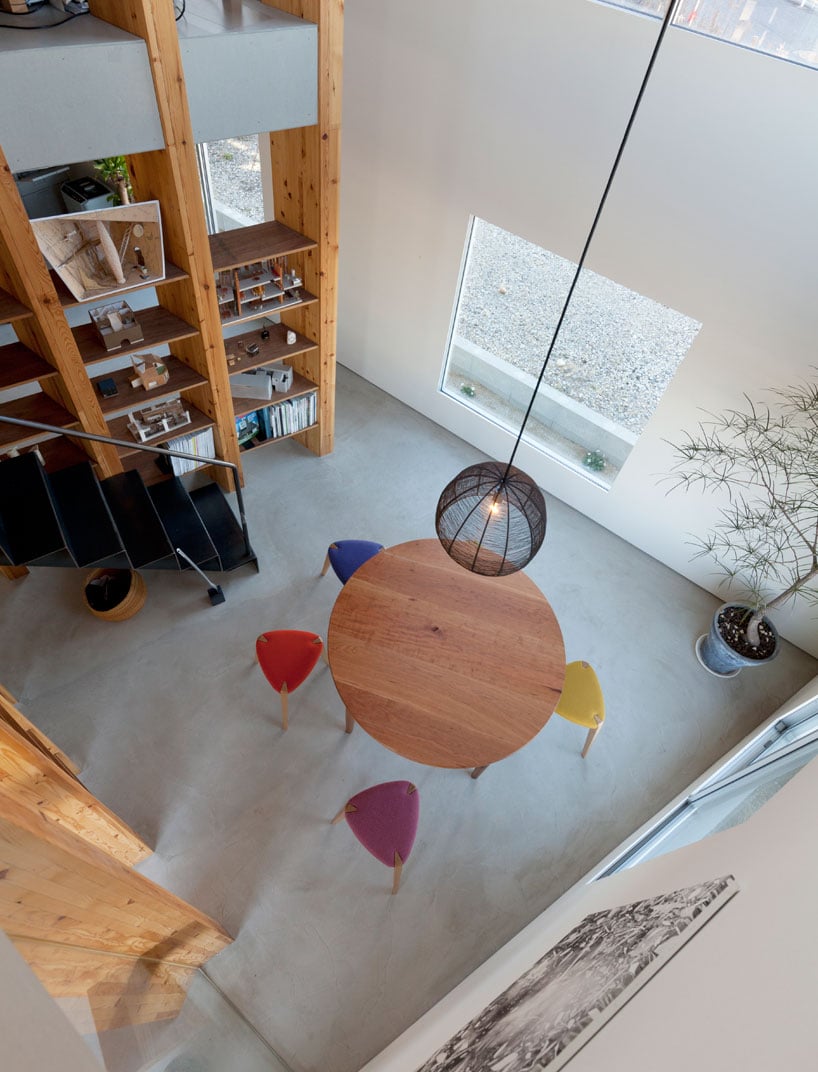 looking down towards the group space below 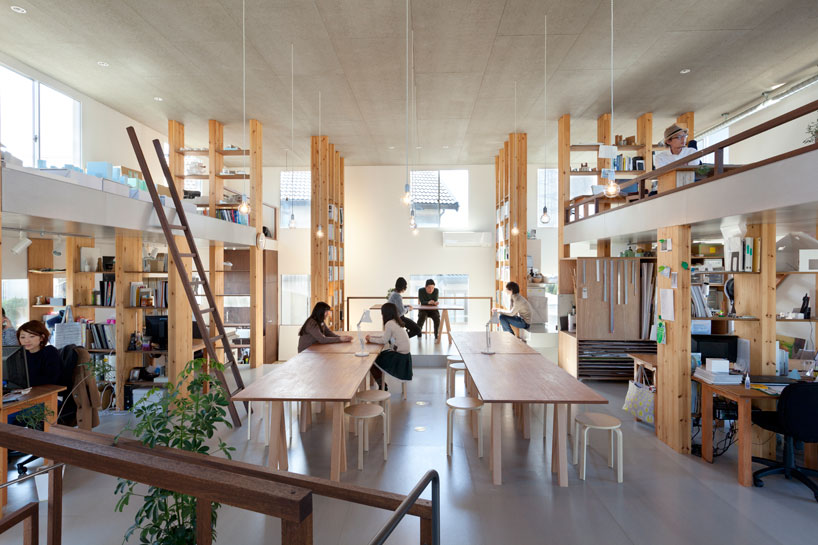 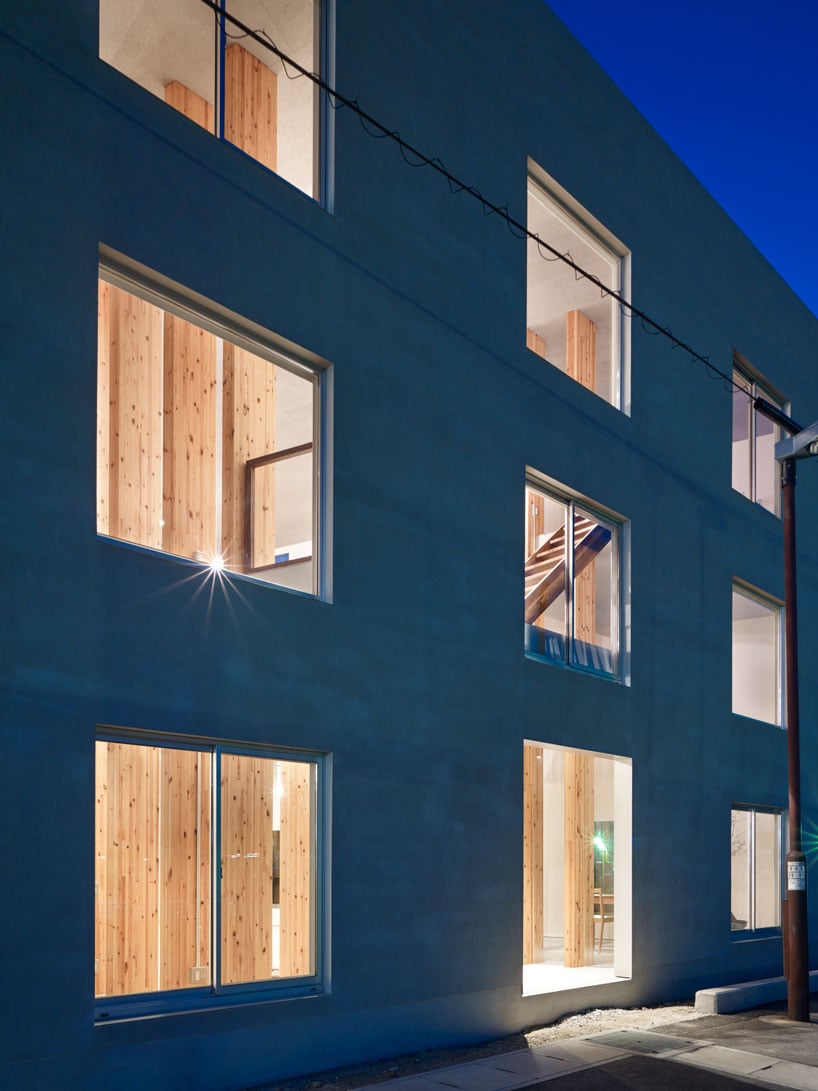 at night the timber pillars can be seen from the exterior 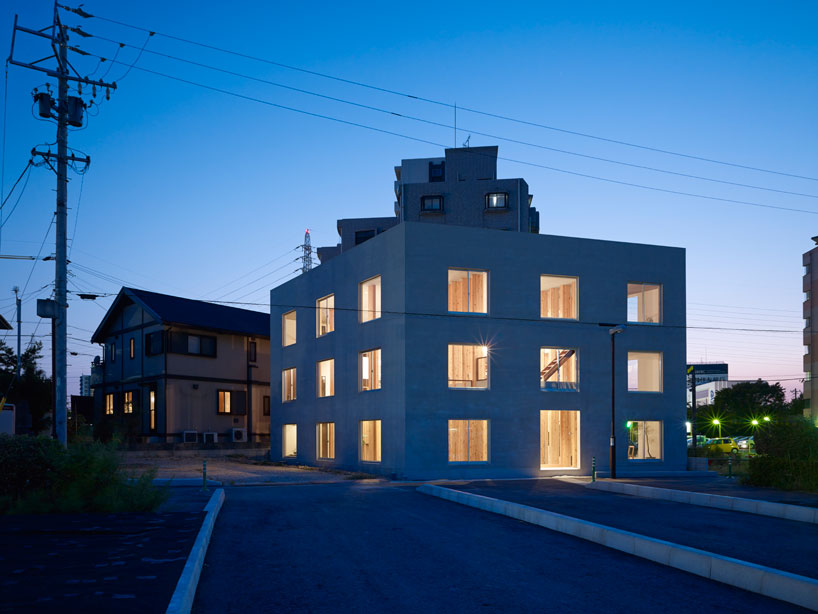 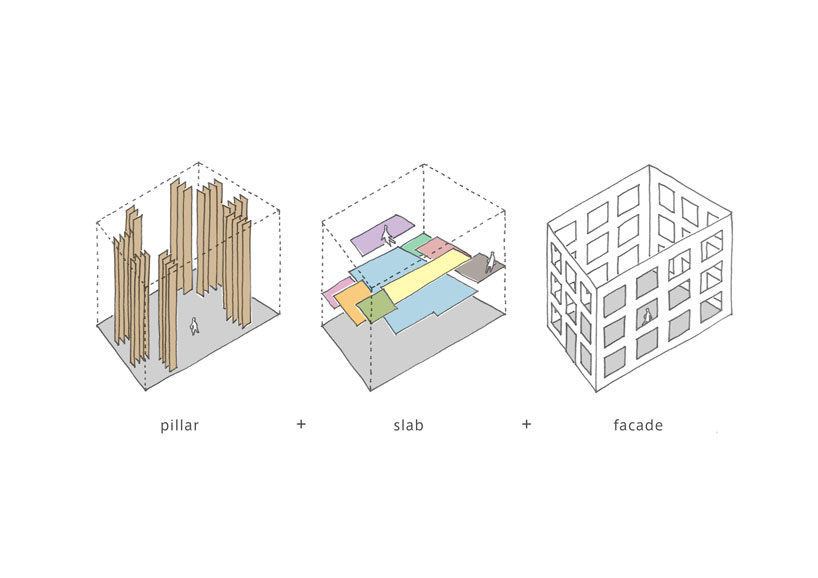 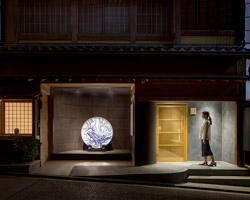 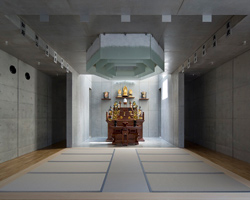 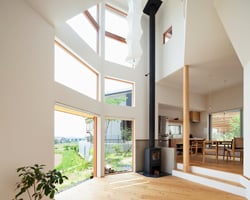 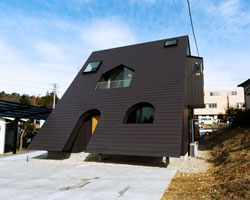