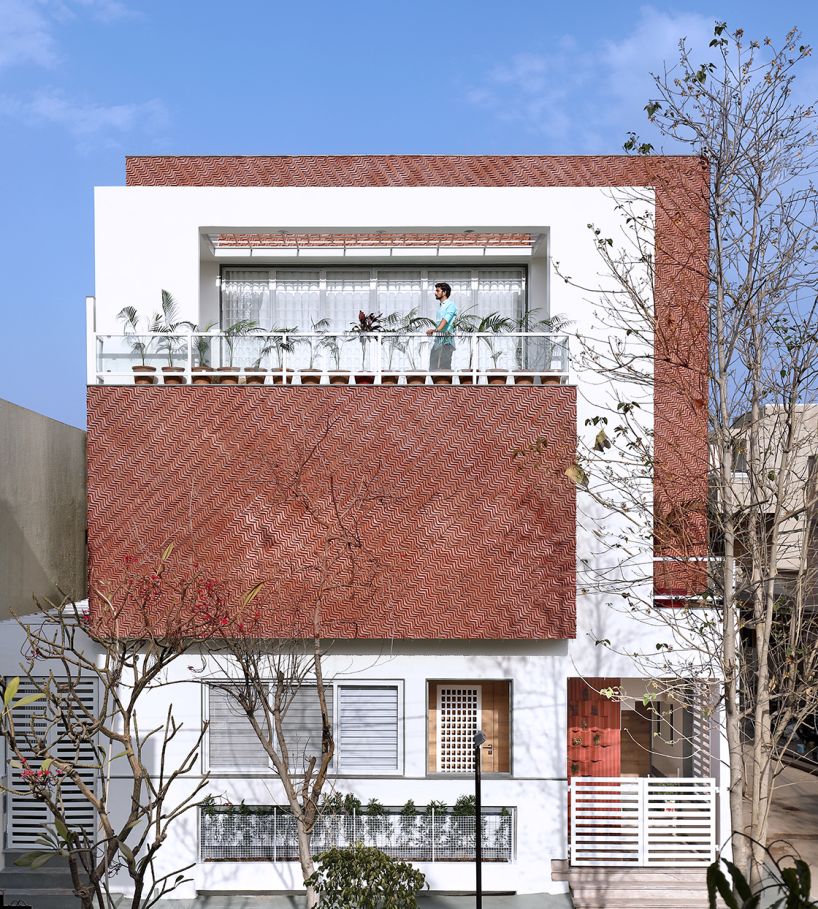 the architects‘ massing strategy aims to stand out amidst the city fabric. the volumetric play provides ample floor space suitable for different functions. multiple layers split the volumes into various levels as well as in a series of terraces at each of these levels to enhance the building’s masses. 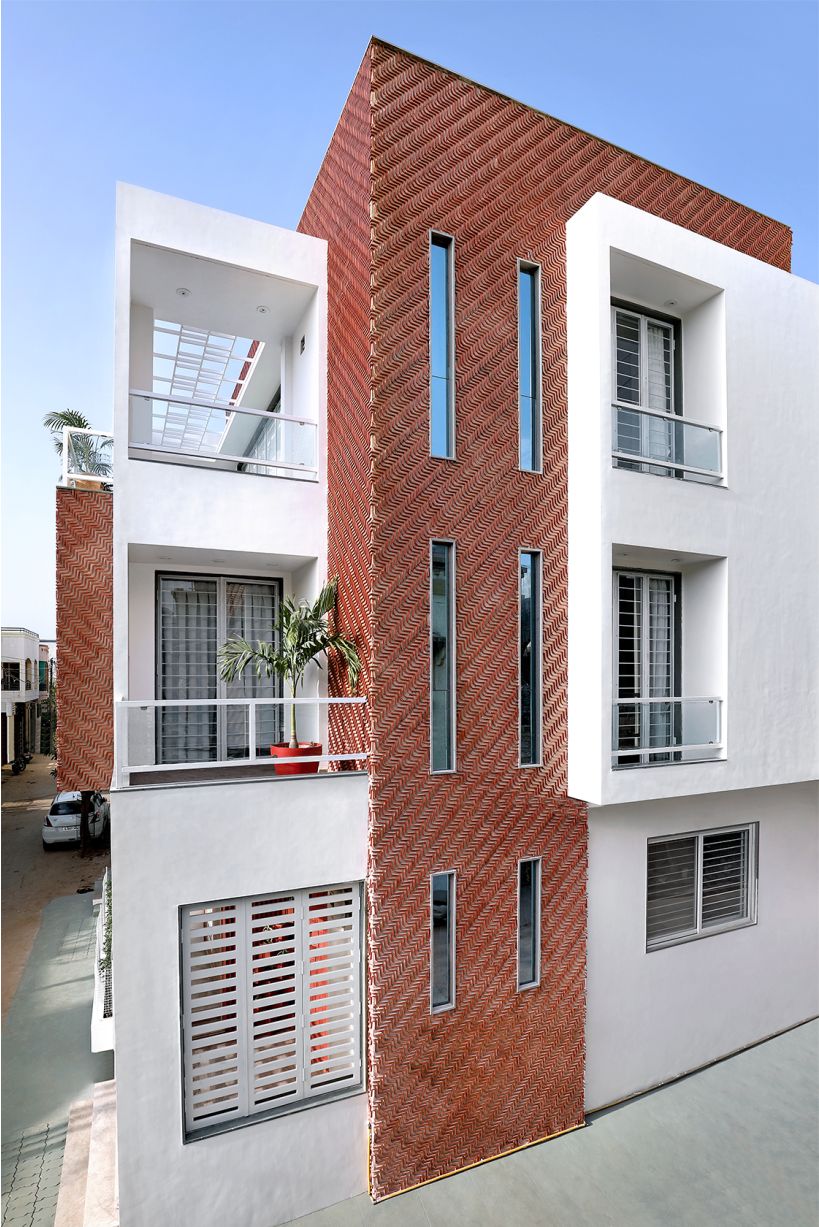 voids between the volumes create air corridors in the residence’s interiors and connects them to the outside. each interior space has two opposing, large openings that allow for cross-ventilation, keeping the areas naturally aired. 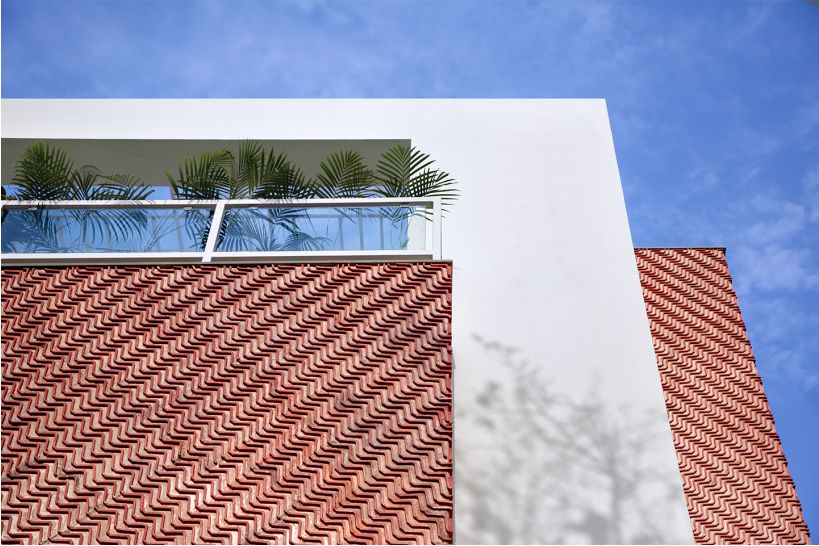 the openings are covered with canopies bringing shade and a visual connectivity across all levels. the lack of openings on the west facade provided a large surface to clad with the clay tiles, adding a rich textural quality to the facade. the second floor’s balcony glazing is covered with a canopy that imitates roofing patterns. 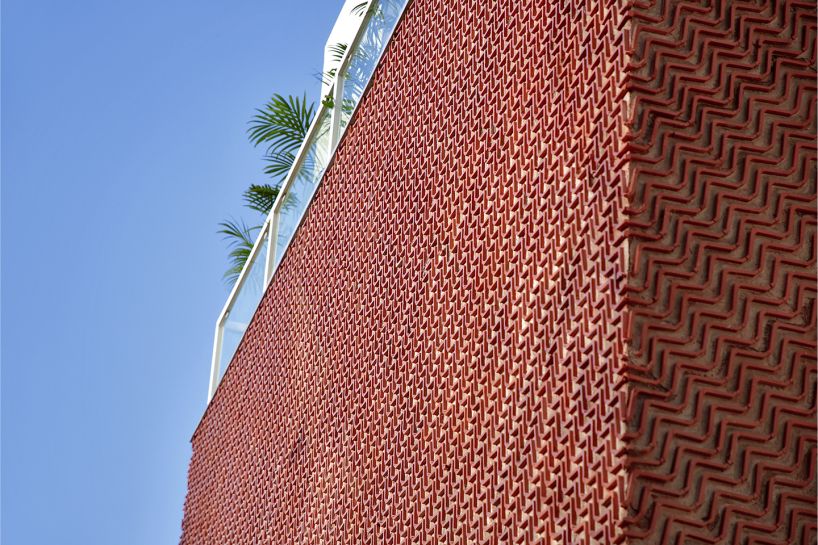 the ridge shaped clay tiles, used as a vernacular material, were transformed into a compelling element for the facade. 40% of the clay tiles are reused and 60% are new, cutting all of them into five sections that are 1 inch wide and configured in the zig-zagging pattern. 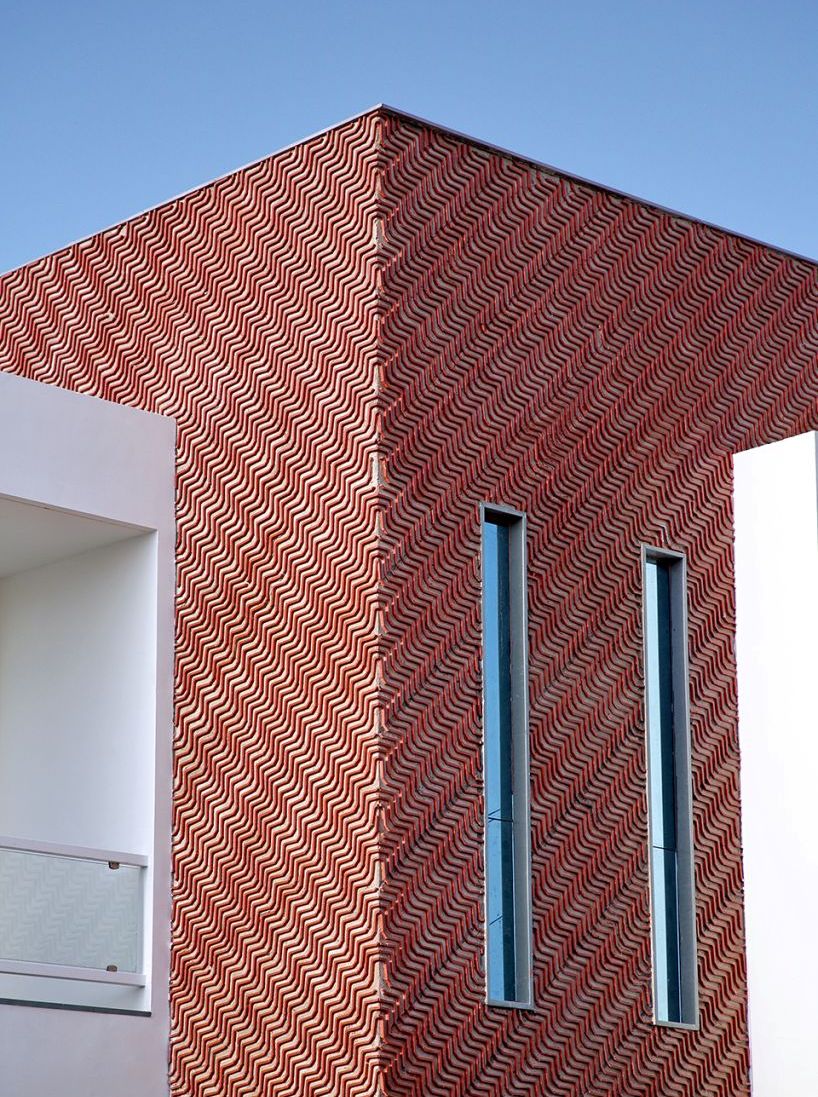 the pattern is created by arranging the clay tiles at 45 degrees, displaying an undulating aesthetic. the layering of the horizontal and vertical clay tiles is designed based on the sun’s movement throughout the day in india, keeping the areas shaded by reducing the temperature. the angular patterns exhibit an illusionist display that transforms the wall’s sharp edges into more organic corners.

the architect turns the clay roof tiles into an economical and attractive new feature, employing indian craftsmen for their production. the dwelling develops its own character through the contrasting textures and clashing volumes, becoming a signature building within its street. 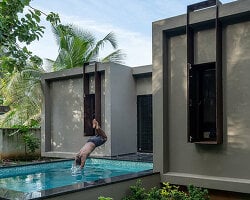 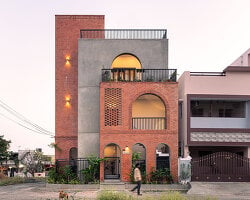 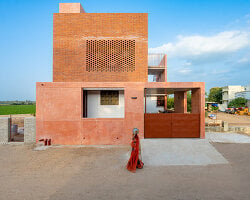 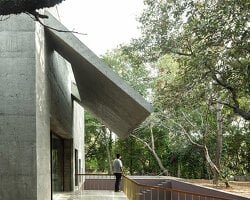 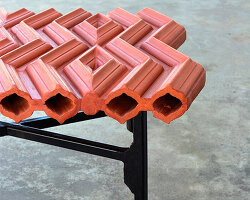