the ‘brent knoll house’ by march studio is situated on the hills of melbourne, australia, and shares its site with a 19th century dwelling. the architects were asked to create an addition the the existing structure, but rather extending a new interpretation, the design for a complete freestanding building was executed. the defining component of the ‘brent knoll house’ is its cantilevered roof. the canopy is folded on top of the ‘L-shaped’ plan of the project, creating a variety of internal and external spaces. additionally, the slanted covering drains rainwater to be collected and reused. the 230 square meter home consists of four bedrooms, two living spaces, three bathrooms, and kitchen. the clients desire to have a fairly transparent home was accomplished with expansive window panels. the glass form billows outward to the valley, creating panoramic views. pressed metal and concrete are used to detail the interior and a sustainable approach from the contractor was considered as the materials were chosen by their vicinity to the set location. a sheltered courtyard joins the two buildings as the continue in their farm typology in the greater victoria region. 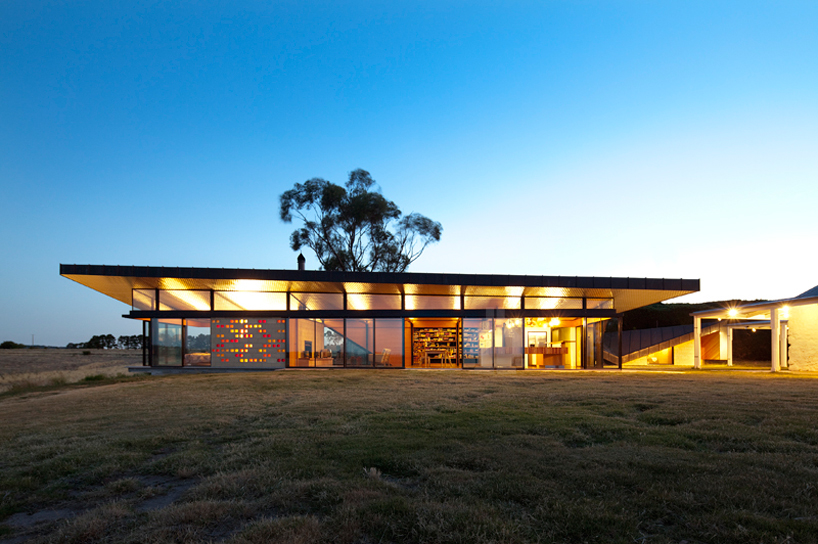 despite the limited materials used in the construction of the home, the rawness is perceived as particularly warming 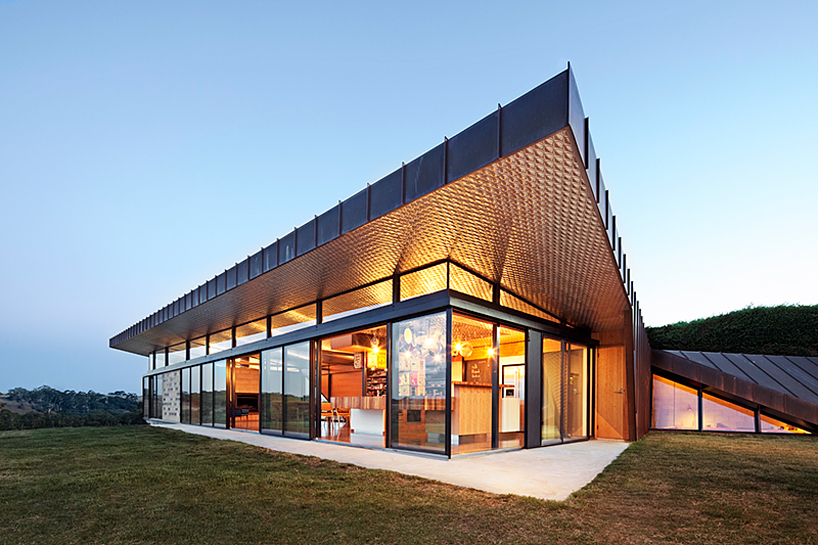 the ‘brent knoll’ home undulating in all directions 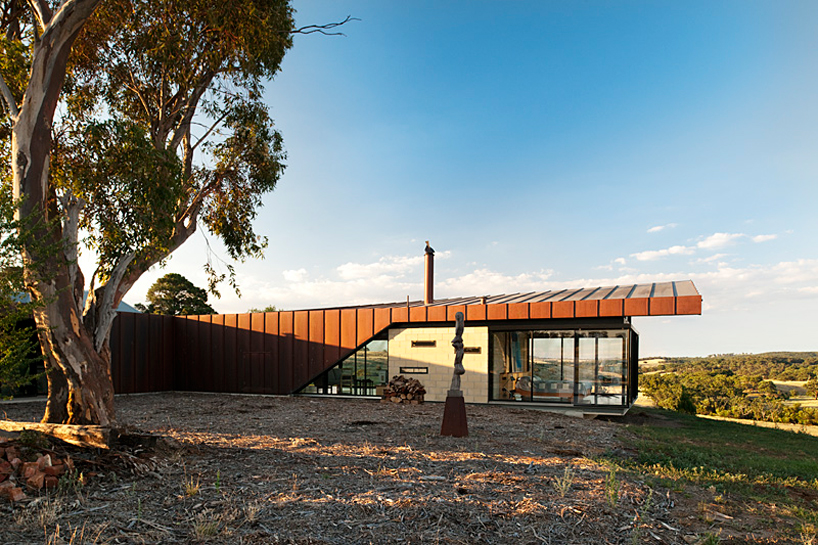 resting on high ground the dwelling looks over the valley 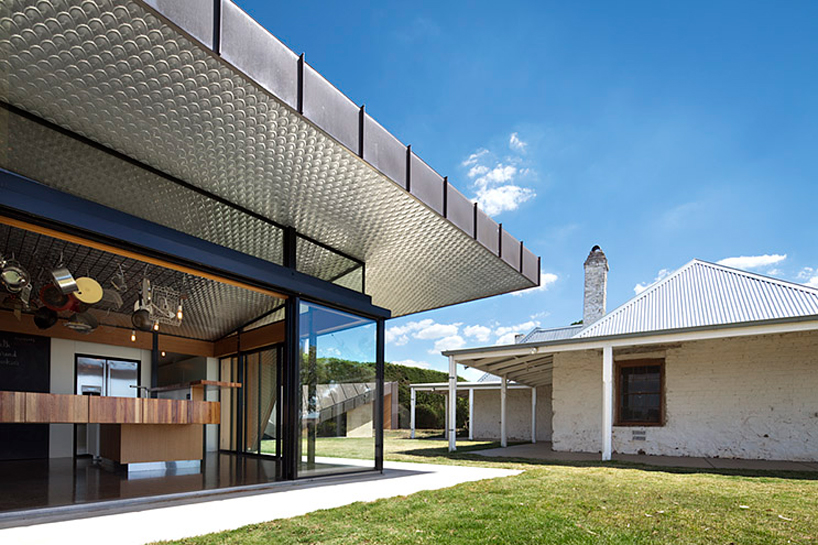 the ‘brent knoll house’ seen with the older brick structure 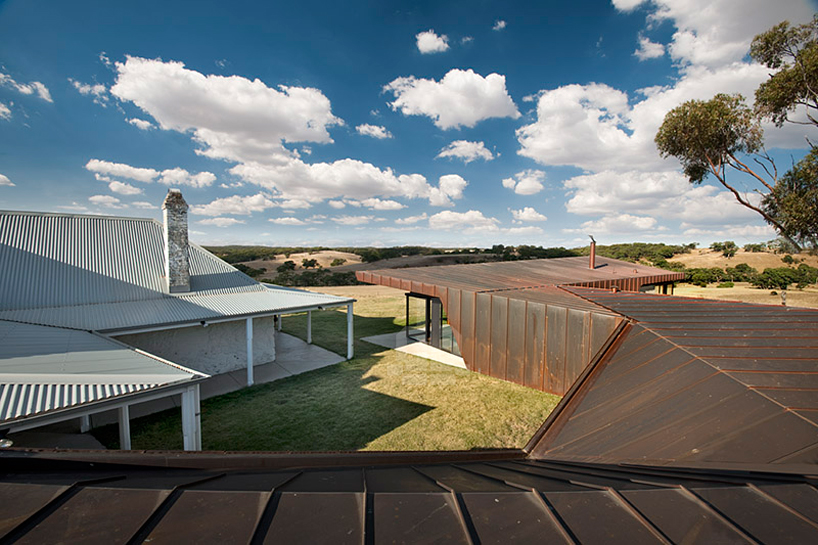 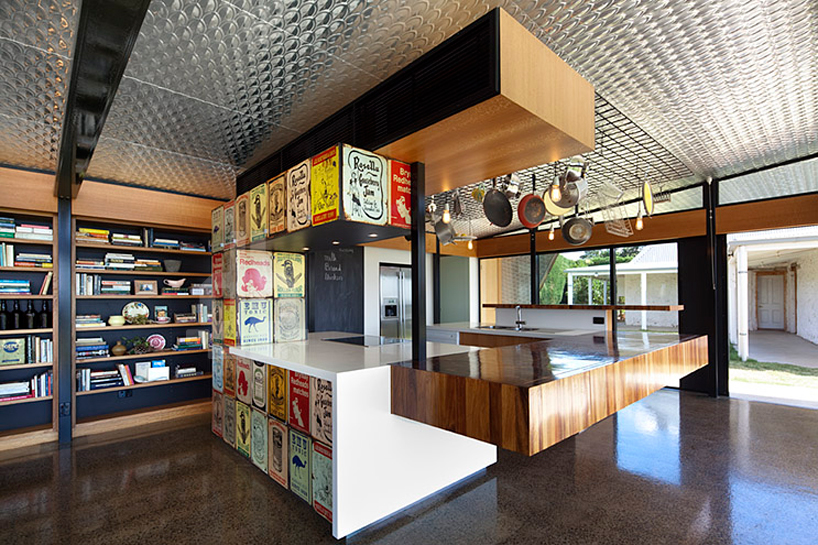 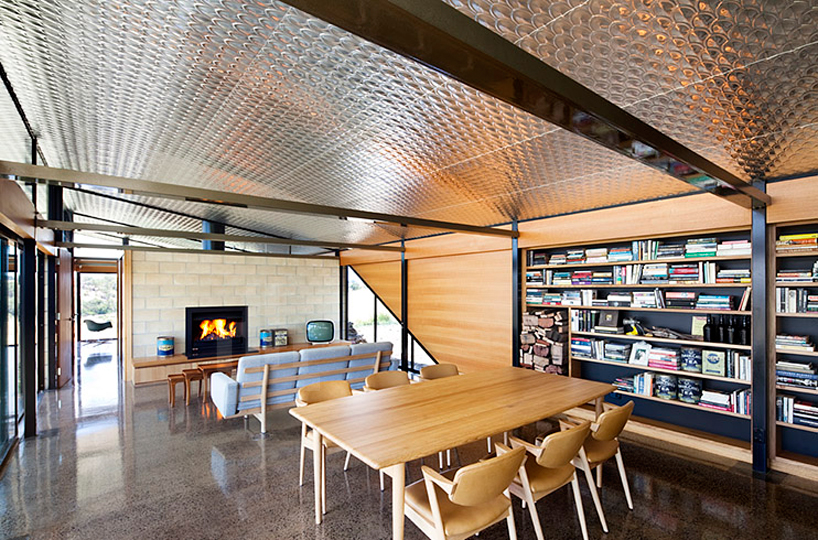 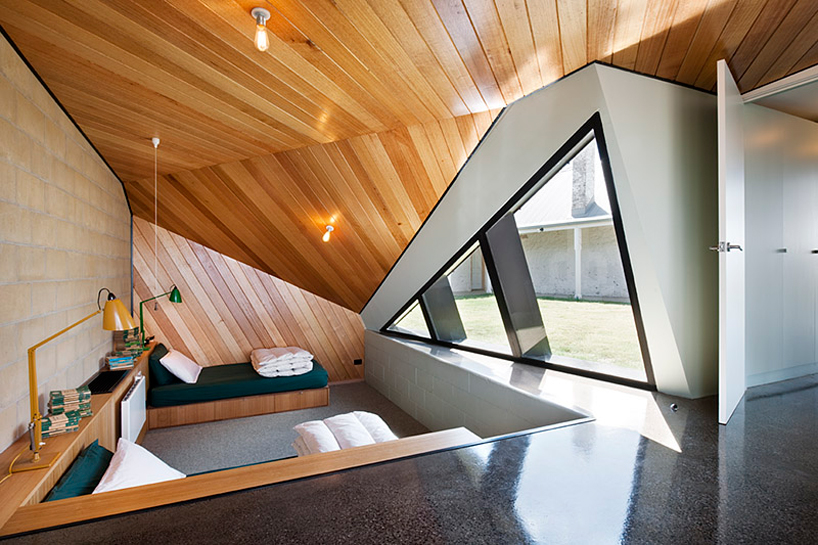 as the roof twists and bends, dynamic rooms are formed 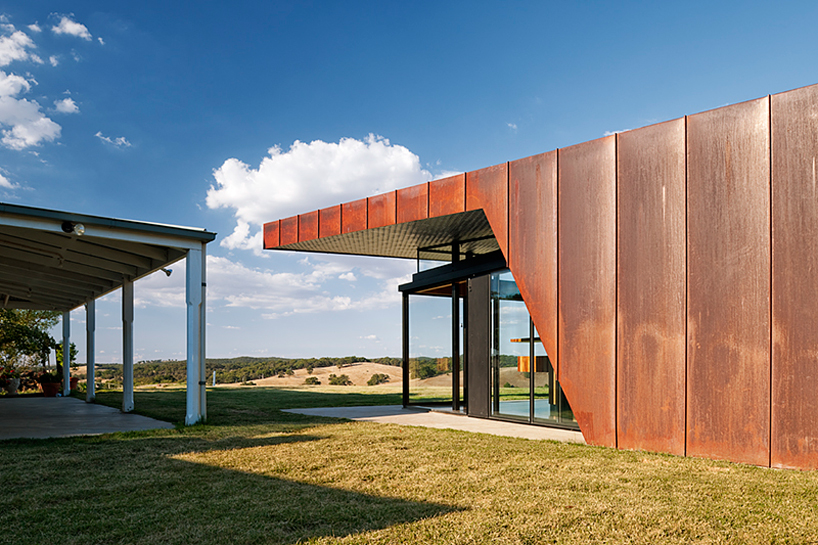 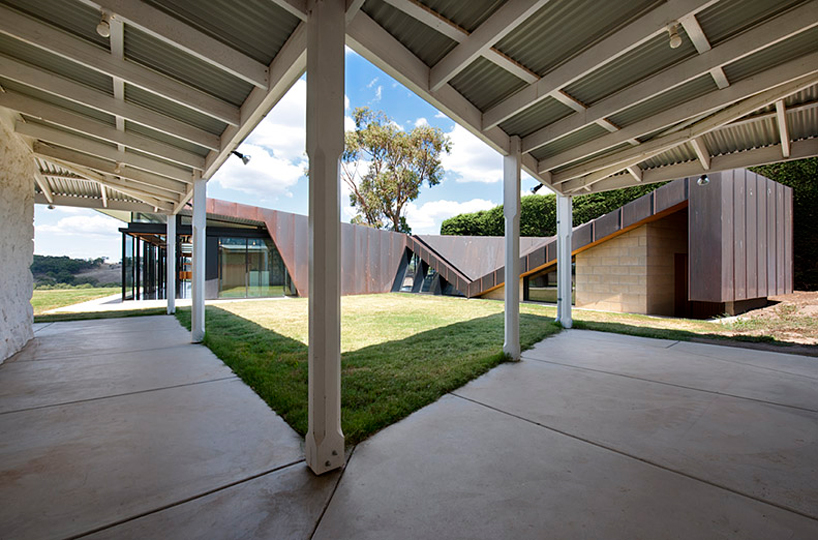 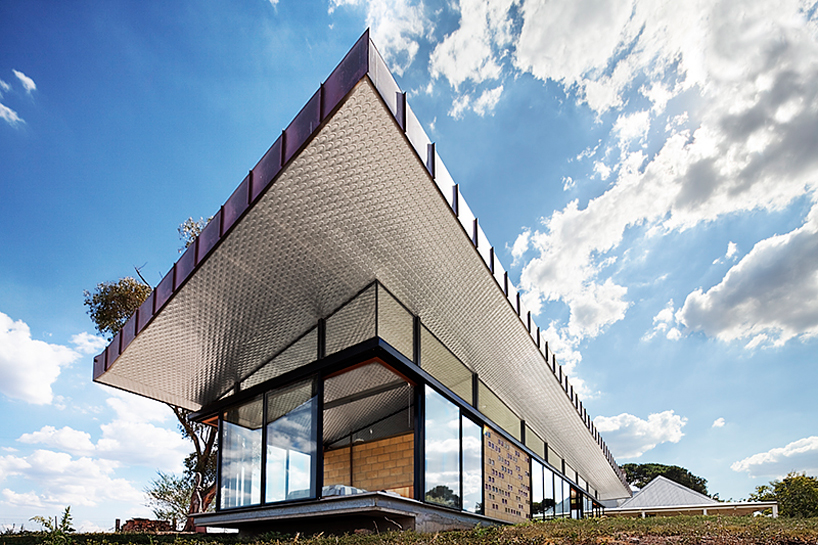 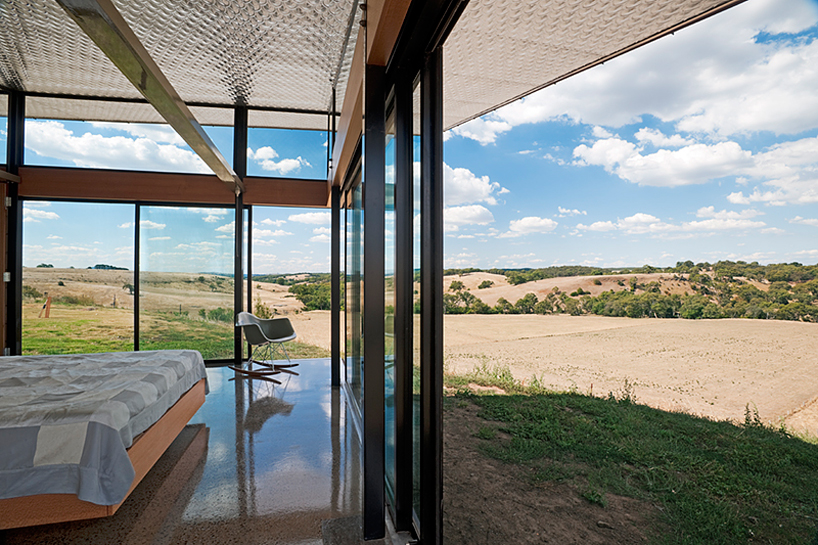 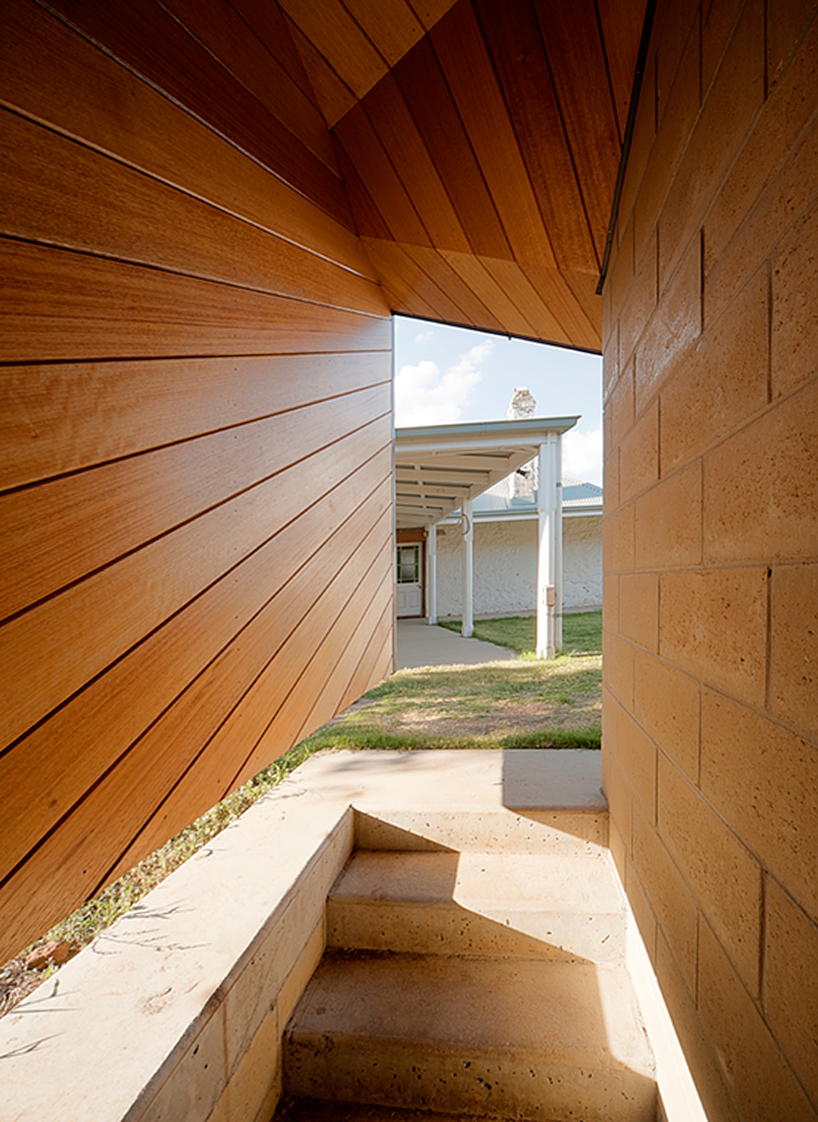 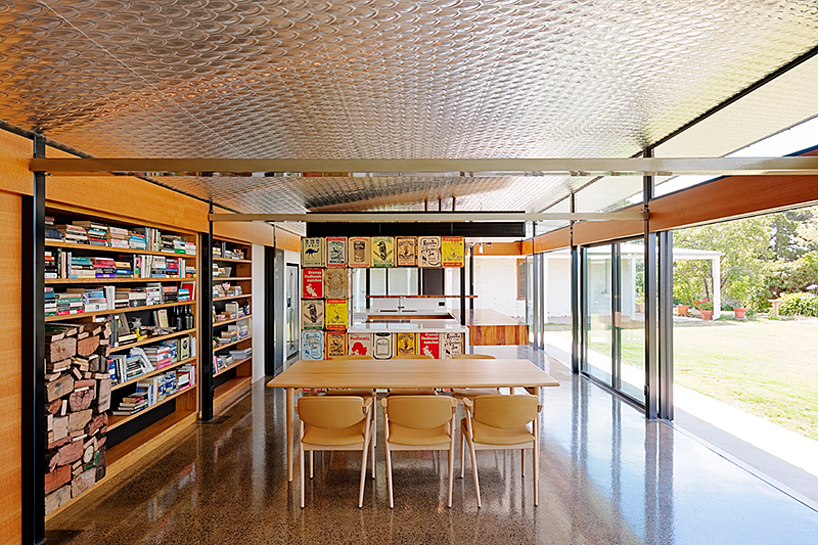 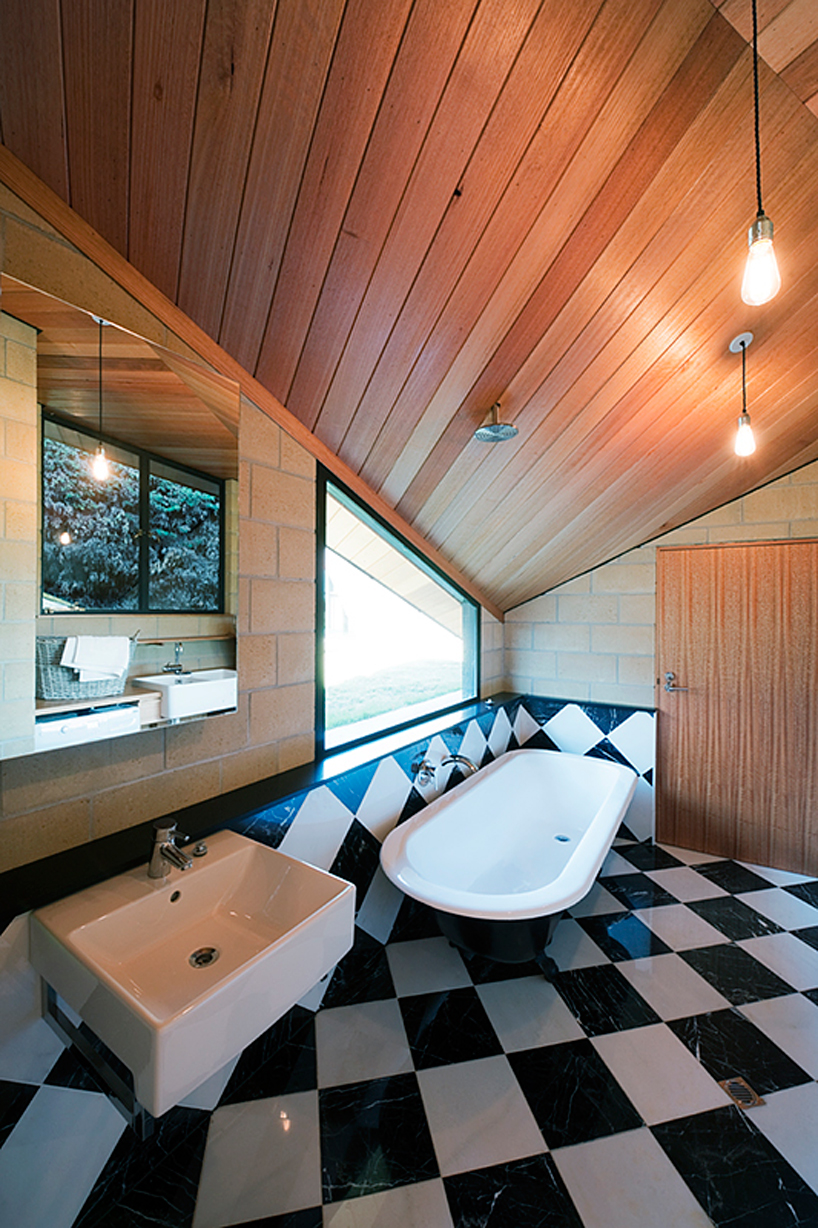 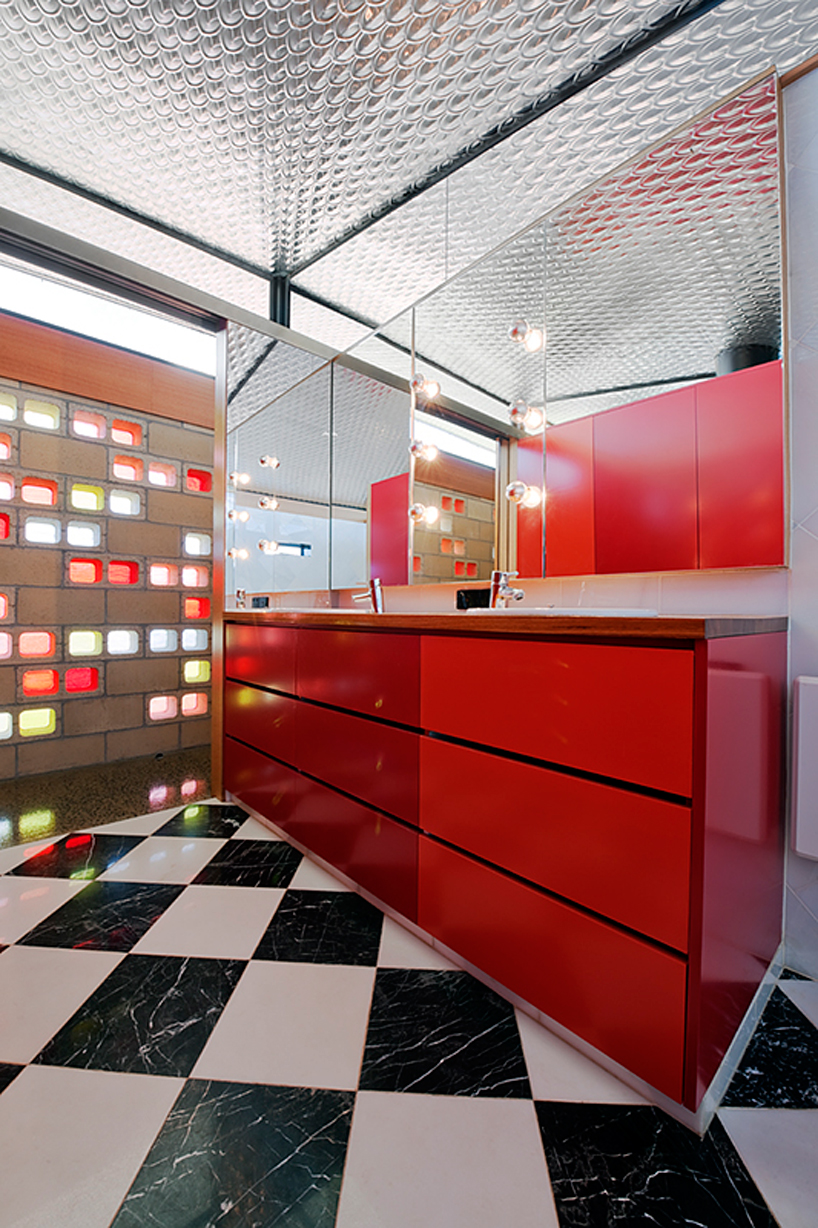 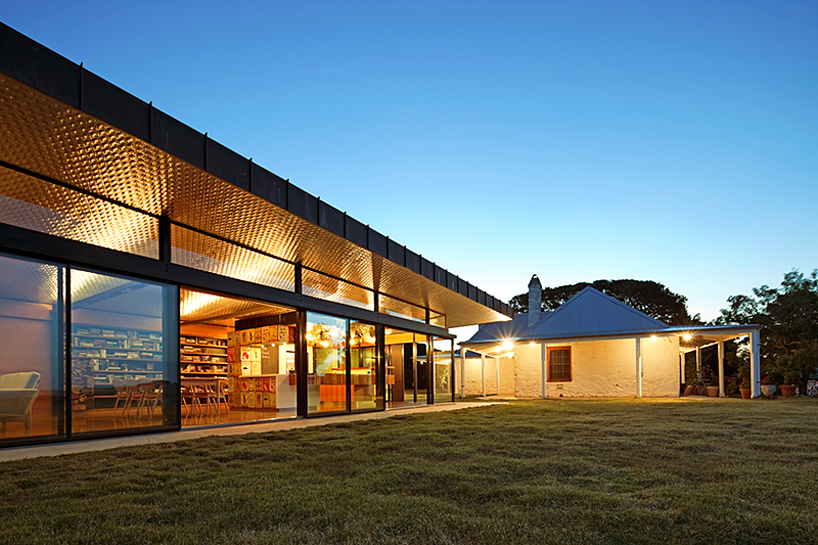 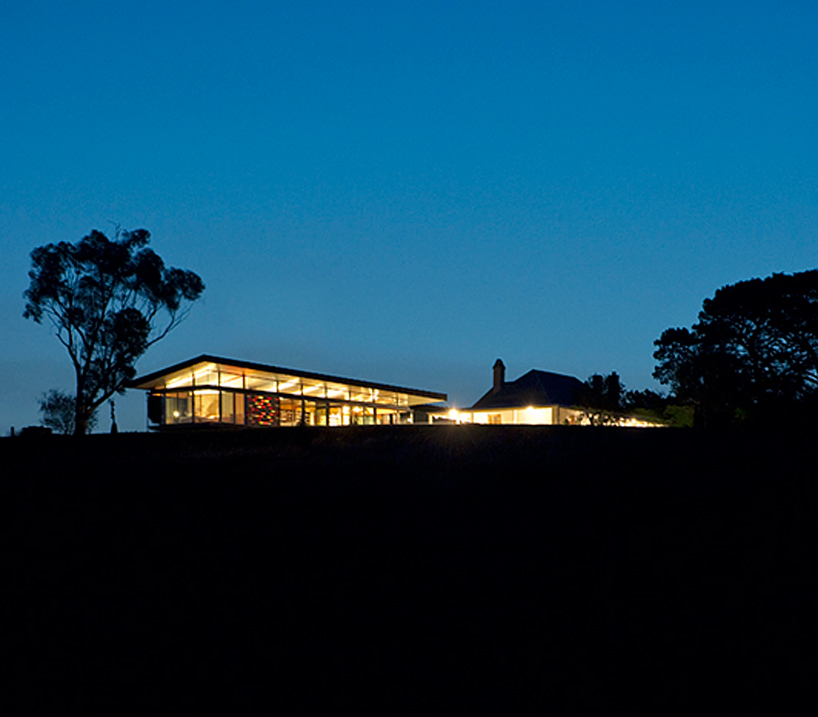 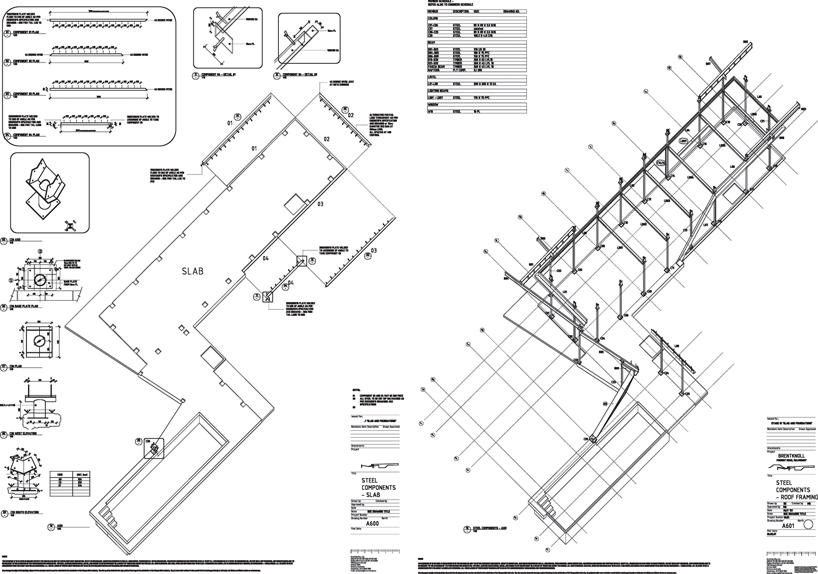 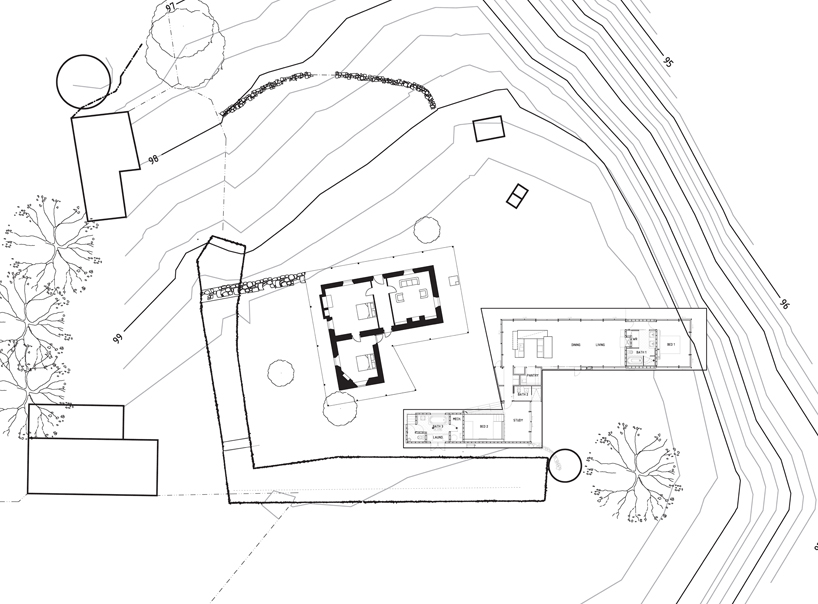 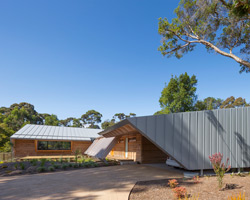