marchi architectes realizes a commission by french automaker renault for the H33 ‘lifestyle container’ for the symbioz, a self-driving, electric automobile for the future. sited and completed near the french village of parigny, the project is conceptually driven by a concern for the space and function occupied by cars in urban spaces. with its ‘renault symbioz house 33,’ or H33, the design team at marchi architectes imagines a new meaning for cars. this new role sees the car as an element which is fully integrated into the house, both spatially and functionally — and with an interior designed by aleksandra gaca as an extension of home. designboom explored the development of the renault symbioz following its introduction in 2017. 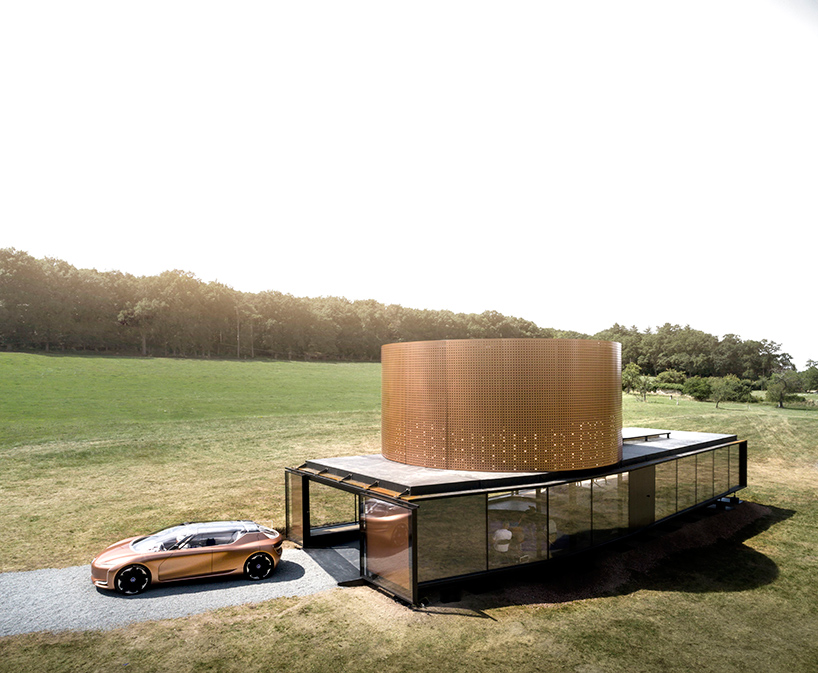 marchi architectes designs its house 33 as a performative integration of the living space and the renault symbioz electric car. the dwelling covers a long, narrow footprint, and expresses a metallic structure, wooden interior cladding, large glass surfaces and an open-plan layout. the element which most defines the project is the house’s ‘car-elevator’ which transforms the house and its relationship with the electric car. when occupying the dwelling’s interior, the renault serves a new function as a mobile secondary living space. the design team comments that the car might introduce ‘an extra room outside, the living-room’s expansion, a quiet room isolated from the noise or as a mobile living-room placed in the rooftop.’ 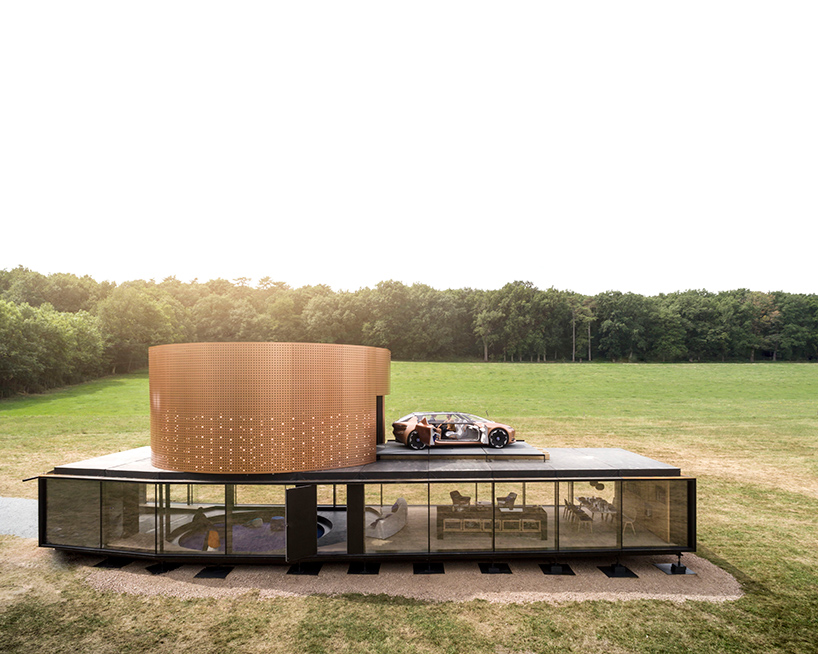 the design team at marchi architectes works closely with renault, seeking to expand the role of the car in everyday life. the team proposes that by integrating the car into the house, an unprecedented spatial quality is introduced which changes the character of each. going forward, the designers imagine a vertical repetition of the H33 living unit, serving a denser context and releasing the occupation of parked cars along the level of the ground. the architects comment: ‘the use of cars would go from 25% — the present percentage — to 100%.’ 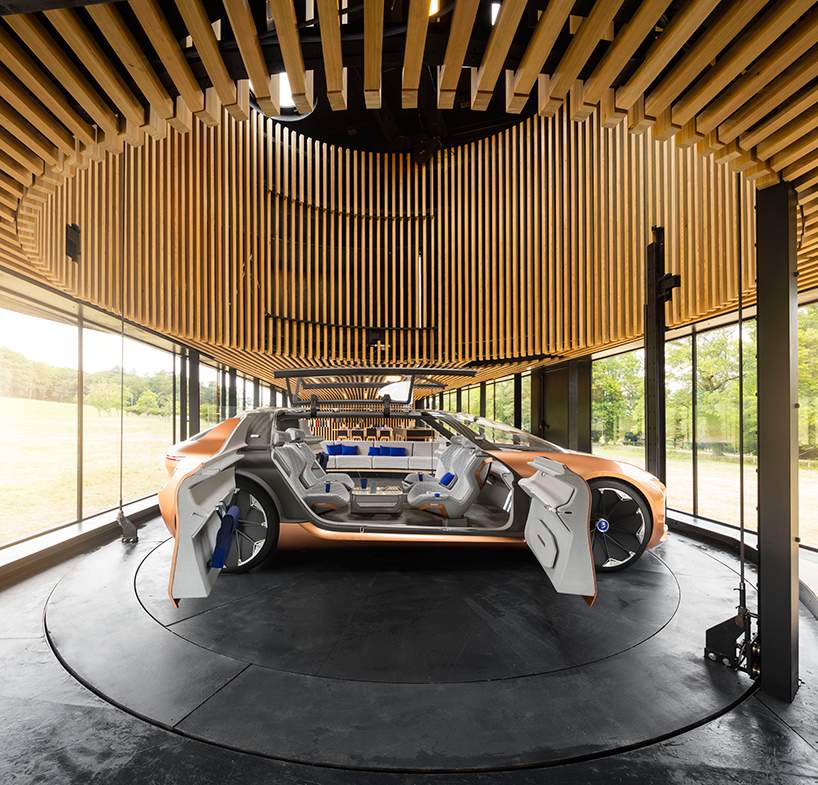 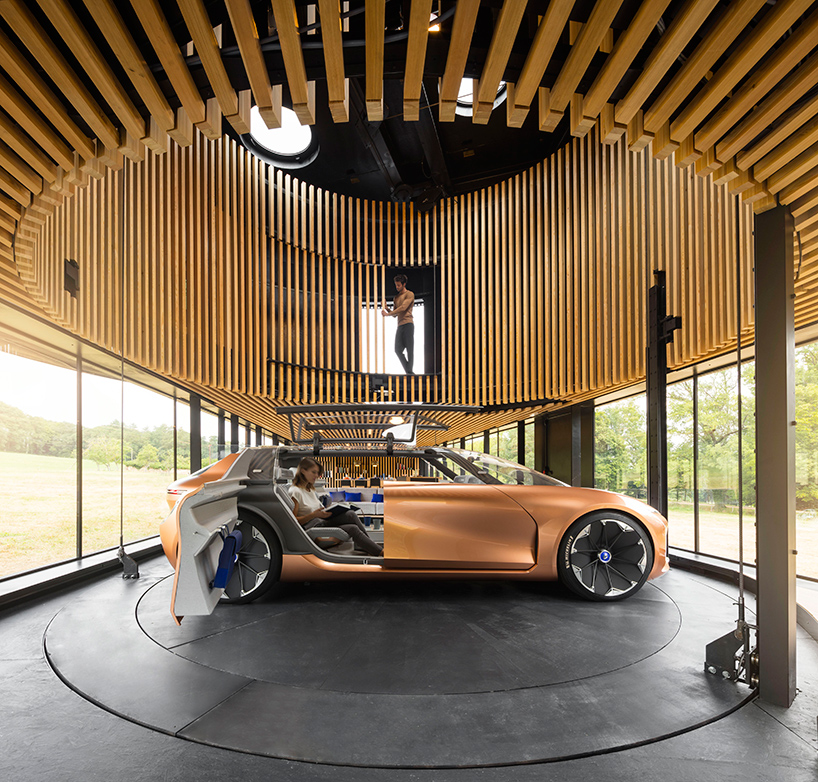 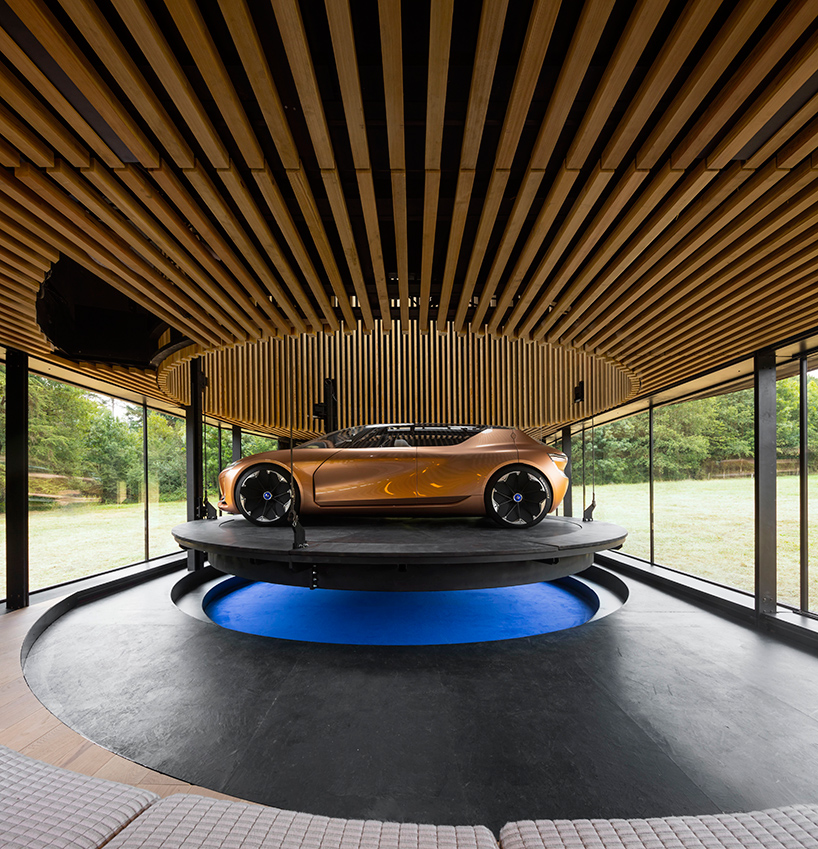 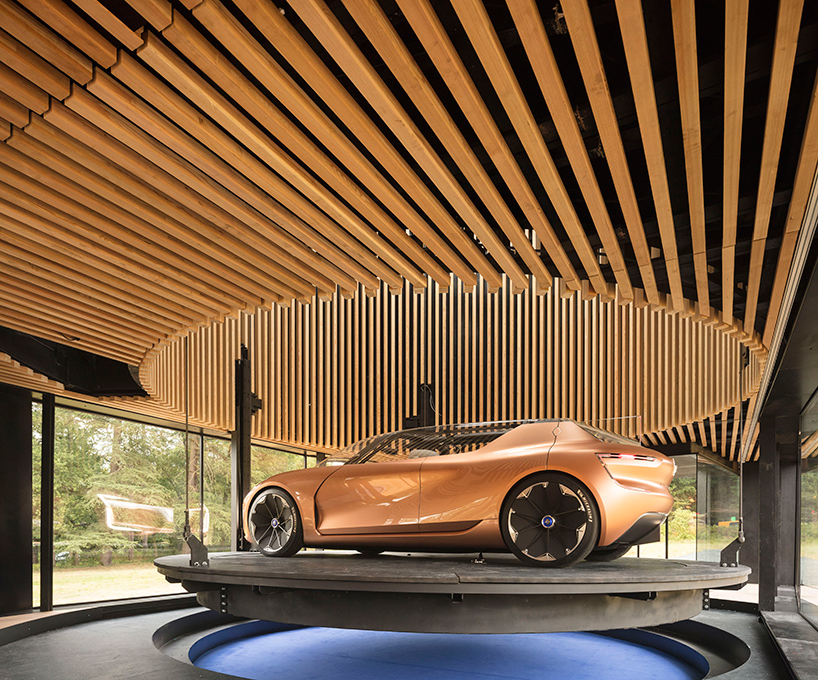 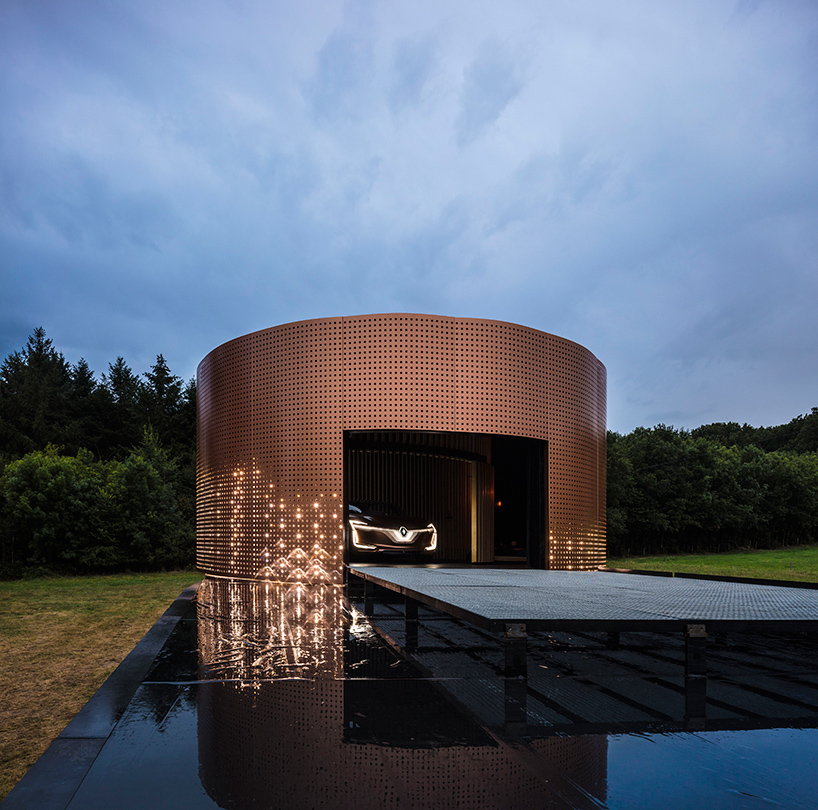 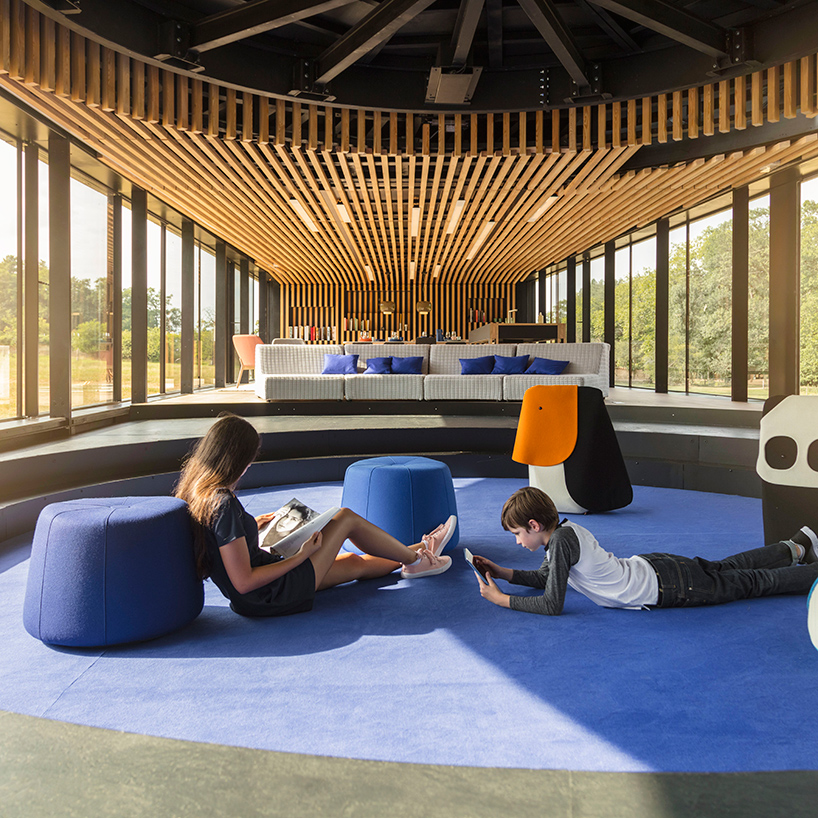 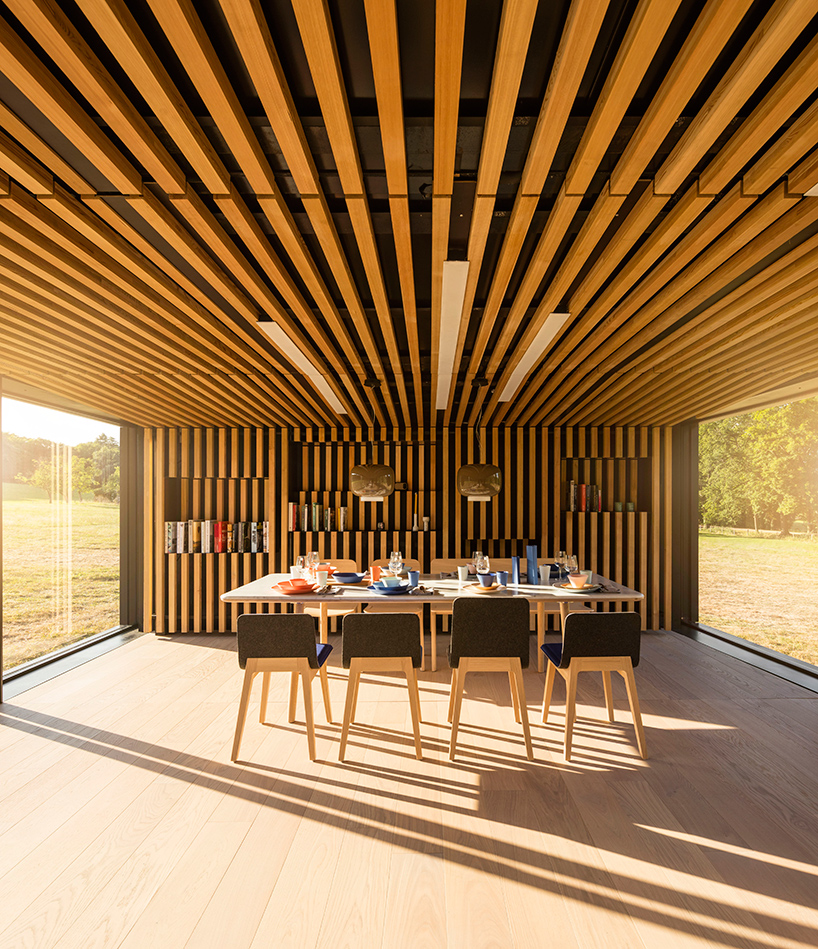 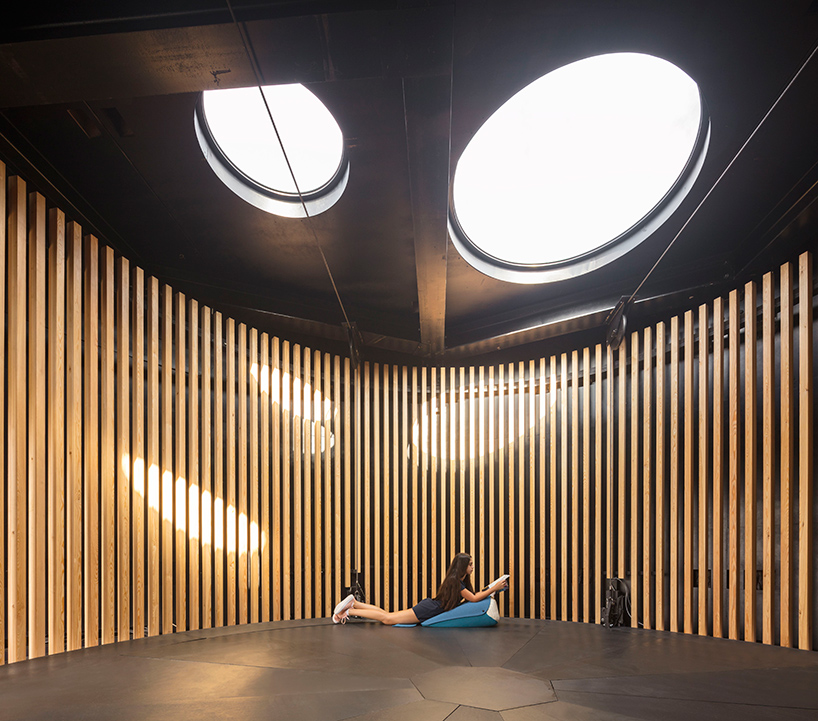 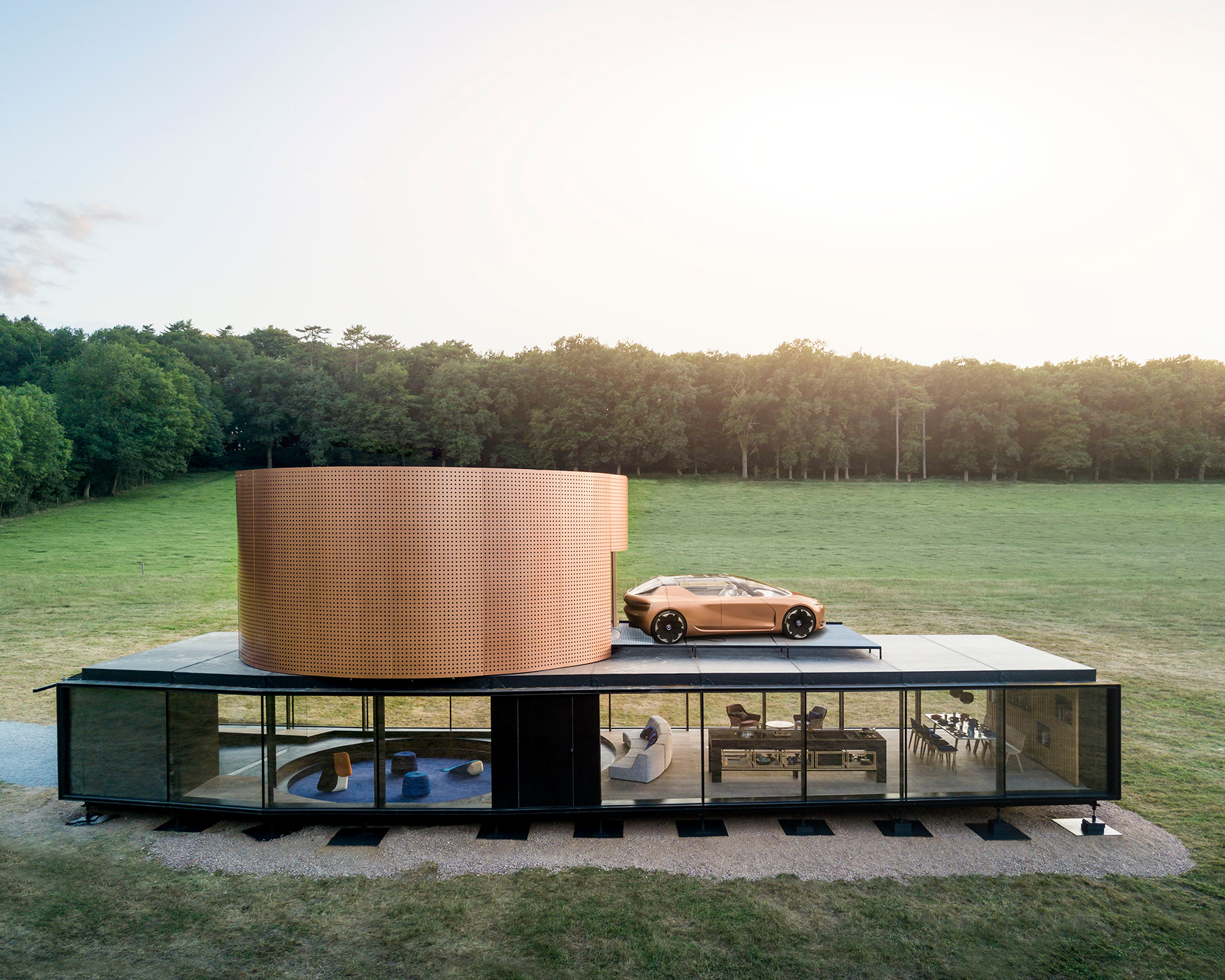 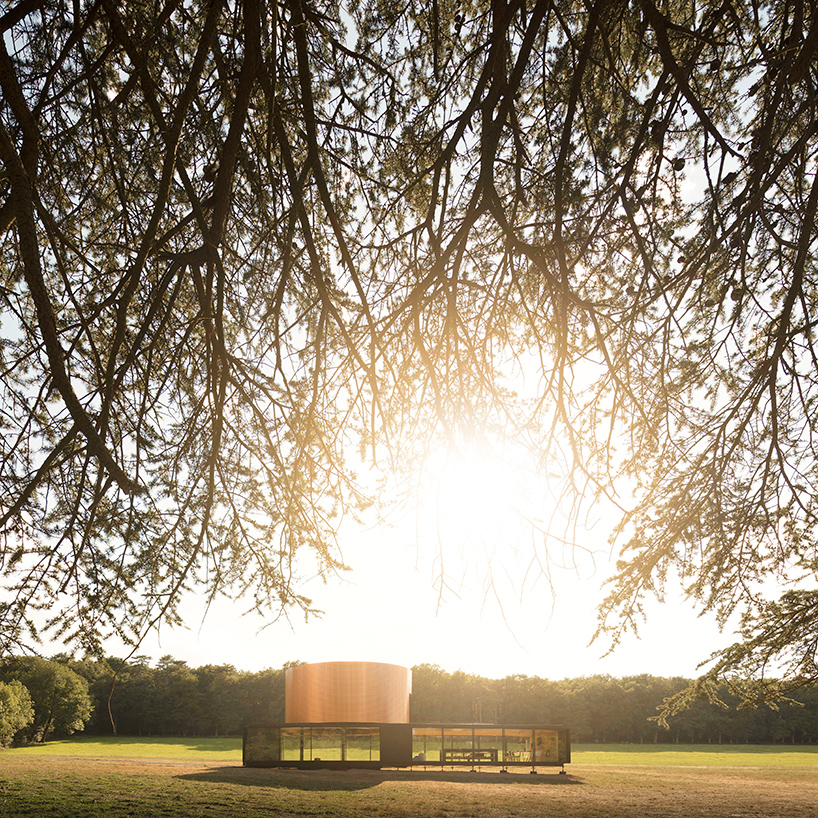 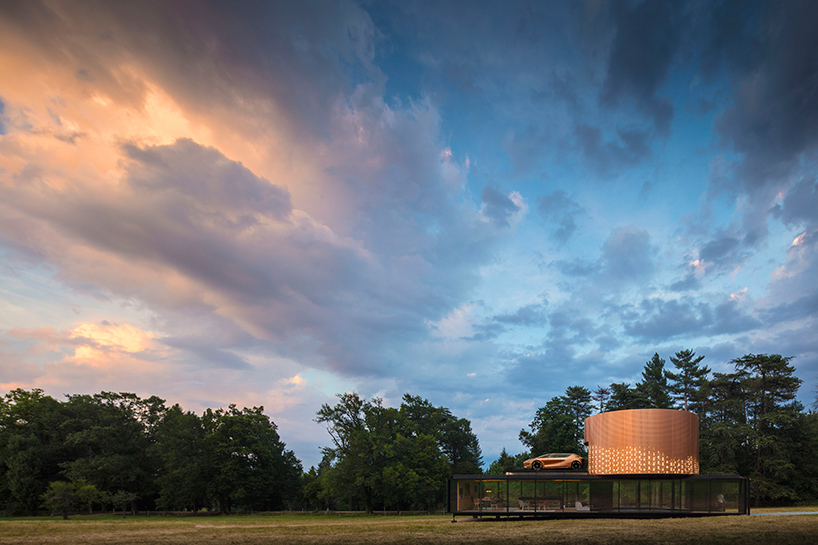 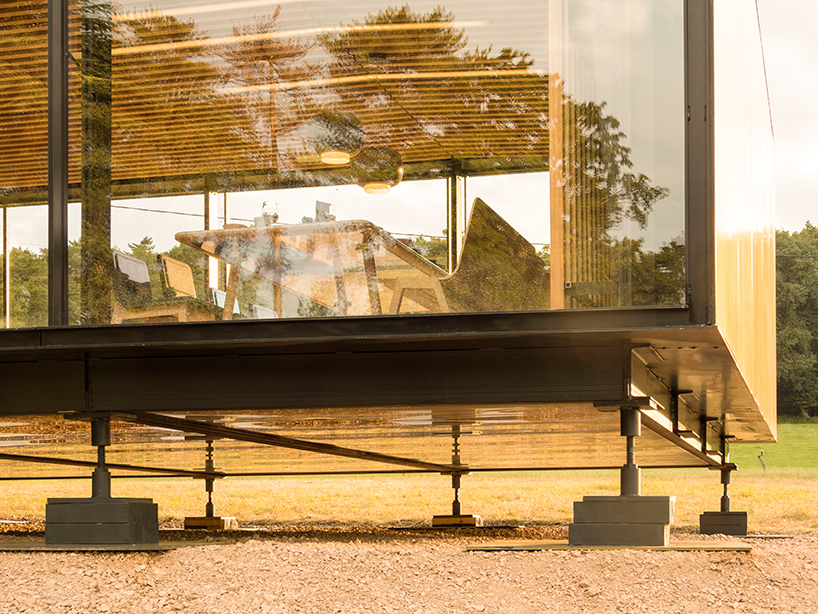