marco casagrande is a finnish architect operating at the intersection of the built environment, art and science, a combination that has resulted in ecologically conscious installations realized across the globe. currently the principal of the eponymous casagrande laboratory (C-LAB), he has also had a number of works exhibited at venice architecture biennales, and has taught at prestigious universities and colleges worldwide.

designboom spoke with casagrande to discuss how his finnish upbringing has influenced his work, his opinion on contemporary architects, and the role that the field has to play in the development of our future societies. 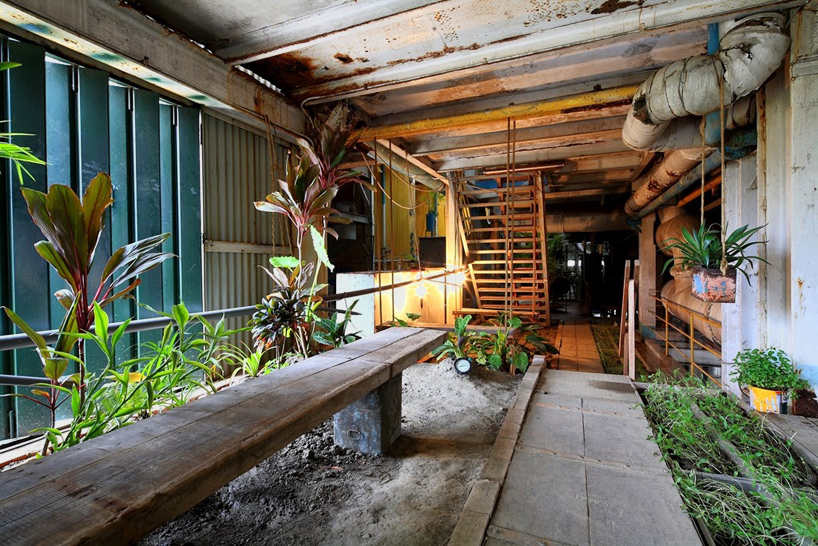 MC: I grew up in ylitornio, a village in lapland in the north of finland. I didn’t spend much time home, but mostly playing outside in the forest. nature and creativity are linked. nature is creativity. as a child I thought that city is horror.

my memories of my parents and of my grandparents are always linked with nature, creativity and freedom. this picture is also the picture of love. ‘child me’ is kind of my father or caretaker. I respect him and I try to be honest with him. he is my connection to reality – to nature, creativity. I am just a vessel for him. 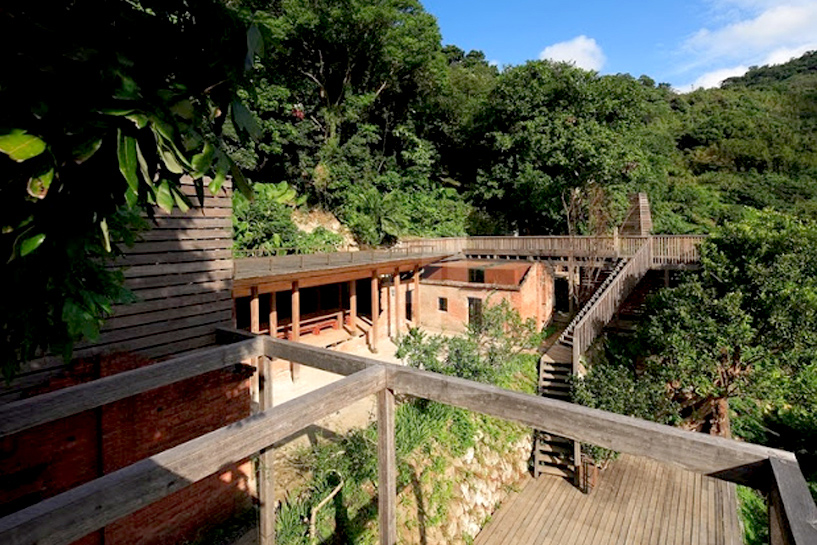 DB: who, or what has been the biggest influence on your work to date? 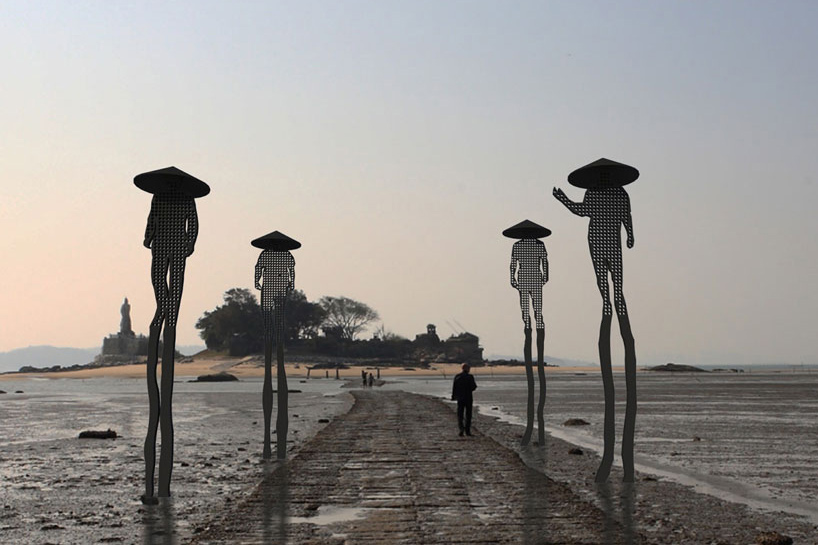 MC: no style, no discipline, just architecture – flesh is more. architecture as part of nature, reality – real architecture. this is not a skill, it has always been, and we just forget it. one must forget the forgetting to become architect. our way of working is totally multidisciplinary – there is no clear border between architecture, landscape architecture, environmental art, biourbanism or social sciences. 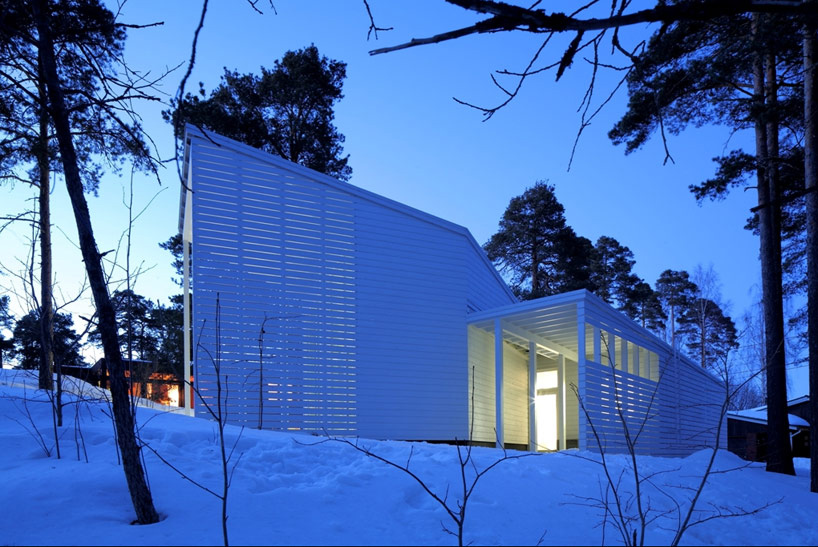 MC: nature is nature. different character in different locations, but still nature. local knowledge is the site-specific human adaption to nature. this is normal. I am looking for local knowledge as a key to reality. design cannot replace reality. reality is super normal. biotectonics are interesting. biourbanism is interesting. human nature as part of nature is very interesting – everywhere. other things are corrupted. 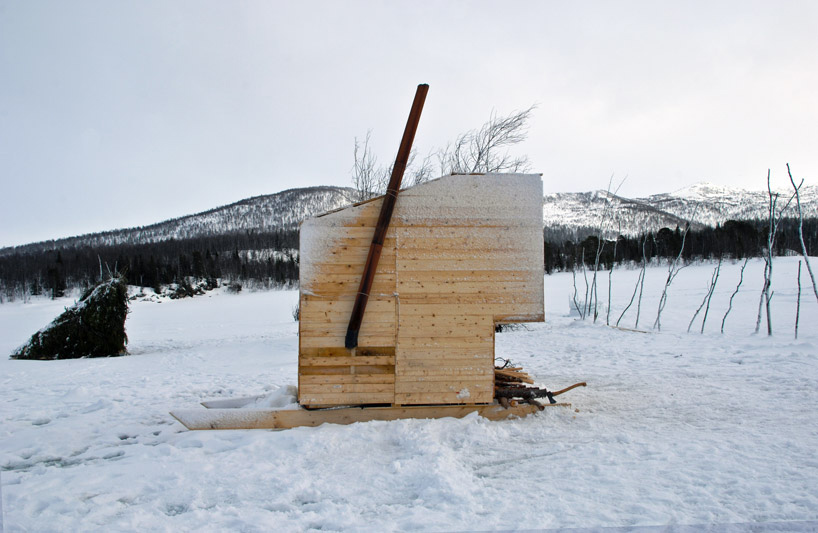 MC: architects are holy people. we must make models and draw lines. 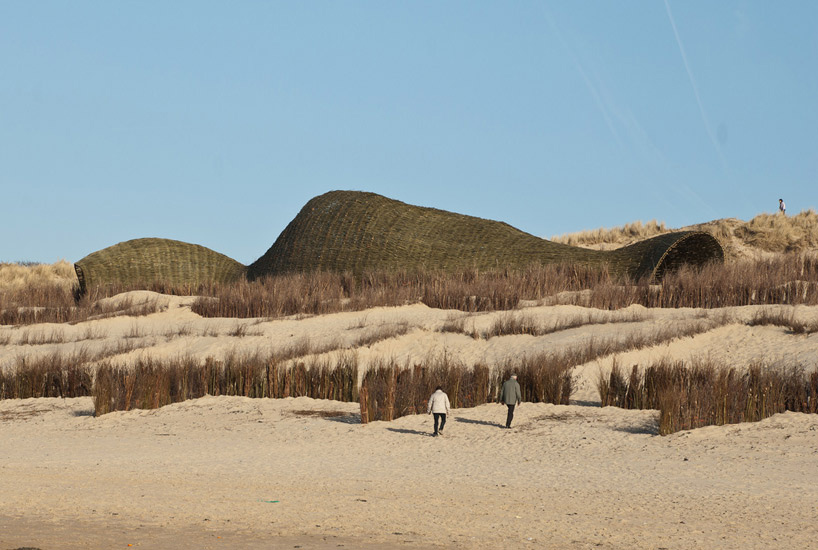 DB: is it the job of an architect to satisfy the general public?

MC: superficial seriousness in architecture is not needed. entertaining the fictional mechanics of building industry make architects seriously boring. all the work and no fun makes jack a dull boy. design follows drama. we are some sort of design-shamans and mediators connecting modern man with nature. nature is dramatic. entertaining the general public is slightly better than entertaining the other architects. 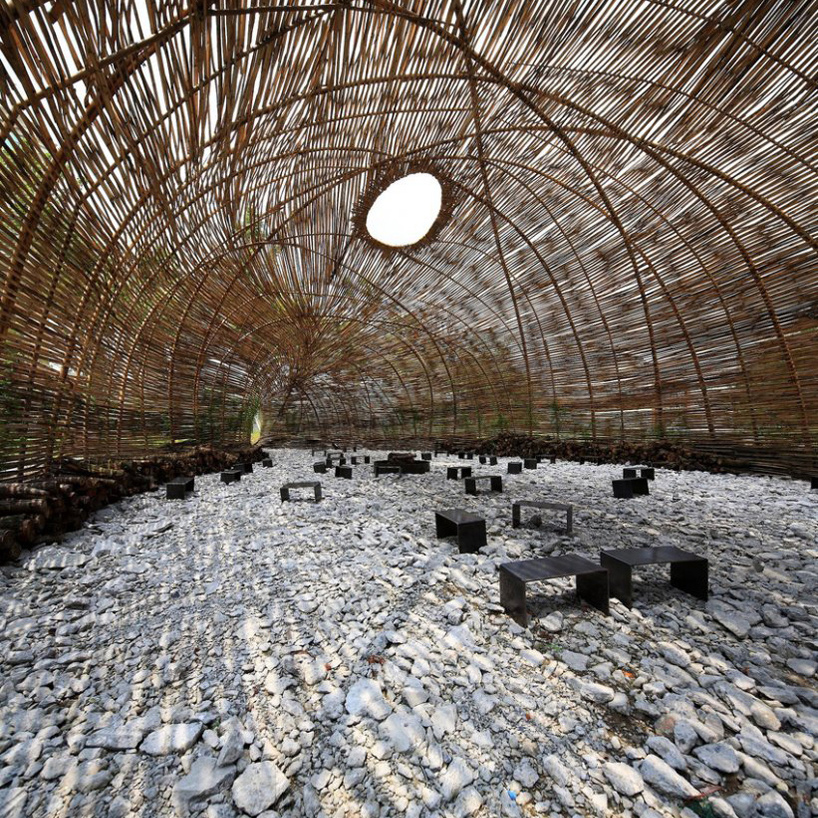 DB: how – and to what extent – do other creative fields influence your architectural work?

MC: greatly. more than other architect’s work. circus, books, theater, movies and watching normal people. architects are sad, corrupted and arrogant – dangerous – destroying the world. there is a fine line between construction and destruction. in most of the cases architecture is death’s companion. human control must be opened up in order for the nature to step in. reality requires some weakness. 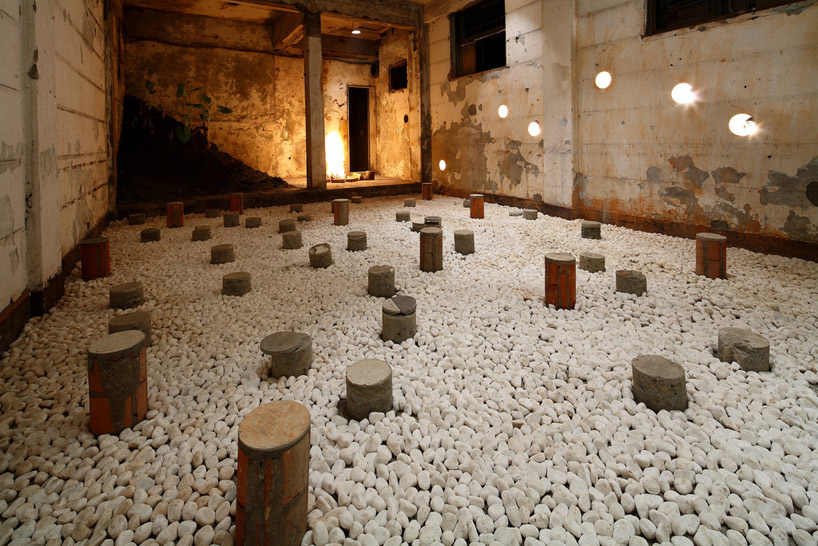 DB: what are you currently interested in and how is it feeding into your designs?

MC: I am interested in organic, modular, self-regulated communities that reflect local knowledge rather than the centrally controlled city. I want to see these communities growing into the industrial urban machine like a positive cancer and start turning mechanical tectonics towards the organic. non-official settlements and slums are having some big answers cooking inside – for example how they are living in symbiosis with the surrounding city and treating the material flows of the city.

this research of unofficial communities and dialog with local knowledge is feeding into the research and design methodology of the paracity, which is a flexible urban organism that can nourish local knowledge and which can gradually grow into places where the centrally governed city can’t go, and it can start ecologically restoring the surrounding city … something that many of the slums are actually doing already. 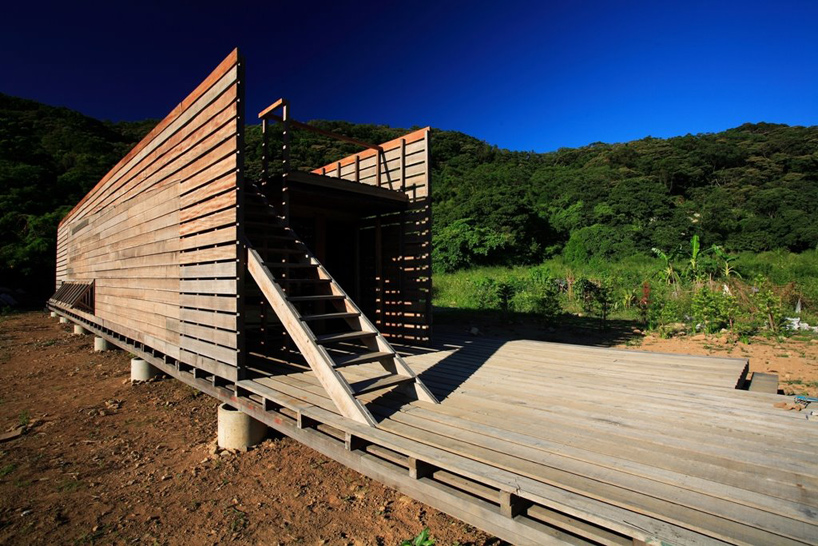 MC: normal people are doing better architectural and community reactions than most of the architects in the offices. I would rather see the local knowledge becoming more appreciated than focusing in admiring other architects of today.

DB: is there one specific project that has given you particular satisfaction?

MC: the treasure hill project in taiwan. this has been important for me – among many other projects. we managed to stop the official demolition of the un-official urban farming/urban nomad settlement of treasure hill and let taipei to celebrate it as an example of environmentally sustainable urban living and a hot-spot of local knowledge. this matriarchal settlement guided me to start thinking more deeply about the possibilities of urban acupuncture and gave a vision of the third generation city.

in treasure hill we worked together with some 200 students from various taiwanese universities. after the project I received the professorship in the tamakang university department of architecture and they encouraged me to take further my research. now the results can be seen in paracity. 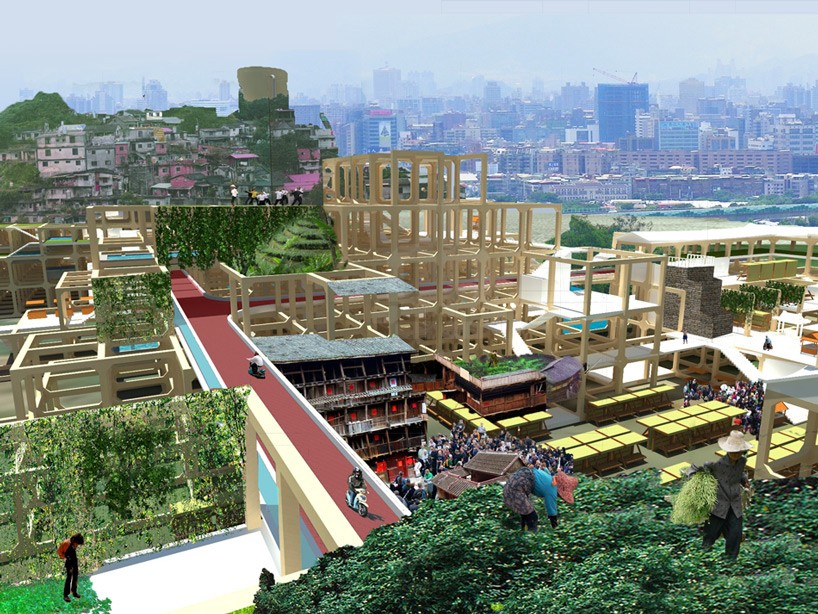 MC: I am quite excited about the possibilities of the paracity. this is a very different way of thinking about the urban development and it can be applied to many different conditions around the world including flooding or tsunami risk sites, post industrial areas and even slums. it is perfect for catastrophe reconstruction… we could even re-build gaza with this modular massive CLT –timber city structure. paracity is done out of 6 meters long sticks with wooden joints.

out of these sticks becomes the primary structure of a city.primary structure on top of which people will realize their homes, communities and farms by themselves. if they are lazy, we can help them. anyhow, paracity will always be site-specific and self-sustainable. modular environmental technology will help the settlements to treat their material flows and to recycle the urban waste that is harvested from the surrounding city as a resource. paracity is an environmentally luxurious high-tech slum, a constructive parasite that helps the host city on its transformation towards the third generation city. 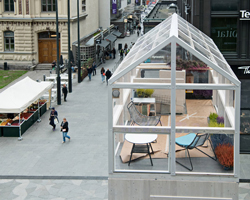 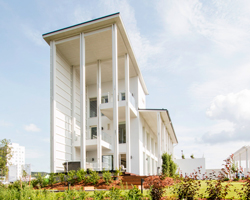 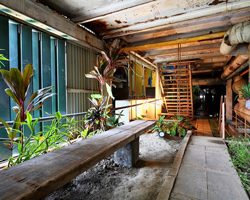 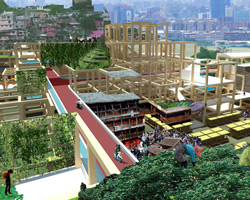 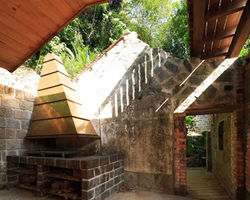