the rapid increase of population in the nile delta, especially around cairo and alexandria, is today completely unsustainable. life quality in both cities is decreasing while the infrastructures are totally overstretched, forcing hundreds of thousands of people into peripheric satellite developments. this is either happening in the desert in enclosed condominiums for the rich, or in the delta in shanty-town-like settlements for the poor. egypt is also having a fast growing demand for electricity which requires significant investment in its generation capacity.

like many other middle-eastern countries, egypt is also facing a sharp rise in food imports, which is making the country ever-more dependent on price fluctuations of the international markets. this is turning basic goods too expensive for the majority of the population.   the proposal by the UK practice marcosandmarjan (marjan colletti, marcos cruz) is that of new towns along the delta to therefore redirect the uncontrolled urban sprawl into new agro-urban settlements that grow in accordance to local farming activity. khataba (al jadida) is the first of these settlements. as a semi-urban and semi-agricultural environment – an agropolis – it is proposed to be self sufficient in what concerns the involvement of local population, new transport infrastructures, mix program, and, above all, a sustainable balance in food and energy production and consumption. 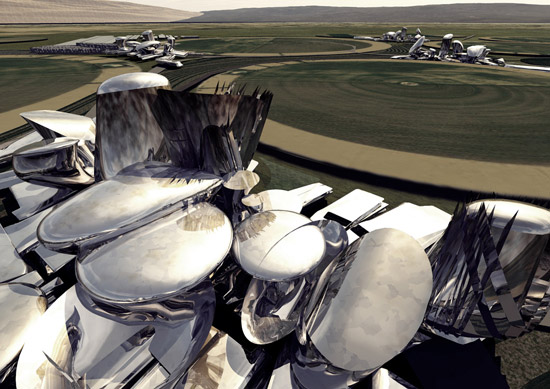 apart from an existing motorway, a new high-speed train is proposed to link cairo and alexandria. travel distance is thus massively reduced, shortening commuting time between khataba (al jadida) and cairo to 30 minutes. the trajectory of this new railway line is located outside the nile delta, on a predominantly agricultural area west of it, avoiding spreading more construction and thus pollution in the delta. on this line are proposed several new agro-urban settlements, being khatabaal-jadida the first prototype to be built. 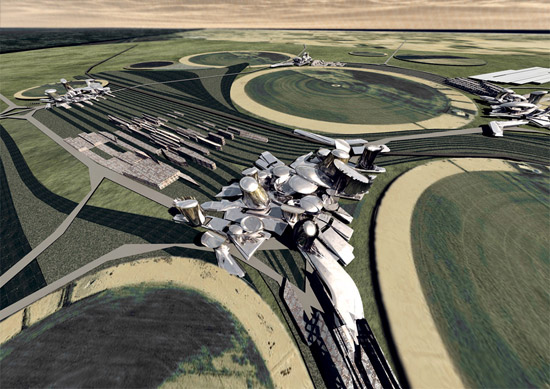 a further focus of the project is lying on the juxtaposition and coexistence of different people and activities within a varied and mixed program. it contradicts mono-cultural/zooning strategies largely used in the mid and late 20th-century urbanism. by desifying the urban settlements, land is left intact for farming activity. besides this agricultural production, it is also proposed that the ground levels of the project host facilities for agricultural manufacturing, along with housing for mid/low income people (that can sprawl between different centres), along with small and mid-scale commerce, workshops for local craftsmen, and cultural / educational / health services on a main street (souk). the upper levels host housing for mid/high income people, offices and other ancillary services. 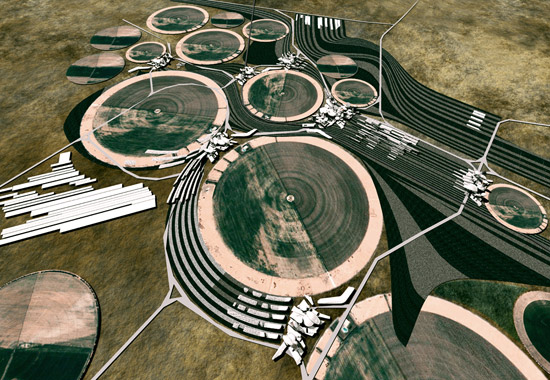 local population, mainly farmers, craftsmen and other skilled workers are thought to be attracted to the khataba (al jadida) agropolis where products can be traded. new housing can also develop along a planned grid between several new centers. simultaneously, a new middle/higher income group of people is also attracted that instead of sprawling in the periphery of cairo and alexandria chose to settle in a more healthy and sustainable environment. the density of construction of the agropolis is necessary to allow a maximum of utilisation of surroundingfarm land. 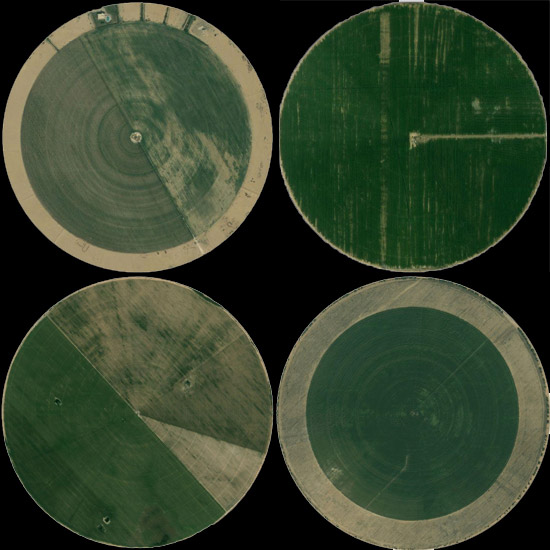 energy consumption / production khataba (al-jadida) is designed as a 0 carbon foot print agglomeration. different types of waste products, including sewage, household garbage, energy, etc. is proposed to be recycled. liquid waste in particular is thought to be re-utilized and help irrigating surrounding farm land.energy, on the other hand, is to be gained mainly from sun energy, being located on the building’s roofs, facades and some of the circular fields.

multi-layered skin with solar-pixels mit researches are developing a way to double the performance of traditional solar panels by using dyed glass and fiber optics as a layer placed on top of existing solar arrays.

example of a pioneering 354 megawall powerplant built in the mojave desert in california, USA.

left-over spaces and sustainable food production the main strategy is to use linear and circular agricultural morphological patterns common in egypt as a basic structure in which the khataba (al jadida) agropolis and other new settlements can grow. by using the left-over spaces that are usually wasted land, these new town centres are proposed to develop in the interstices between irrigation circles and gridded fields, creating an significant matrix of interconnected and complementary urban nuclei in the midst of agricultural land. being a very efficient system used in dry areas of the middle east, irrigation circles are employed as a means to irrigate large surfaces with very little water, which in turn is extracted from existing aquifers. in this part of egypt the aquifers are regularly refilled with water from the nile delta, turning this system into an ecologically balanced and economic practice. the proximity of food production and consumption is also seen as being cheaper, sustainable and more environmentally friendly. 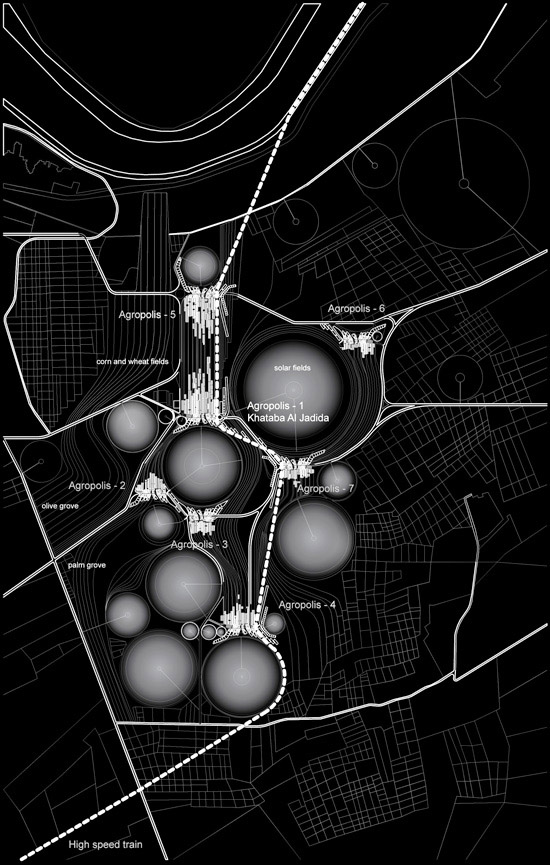 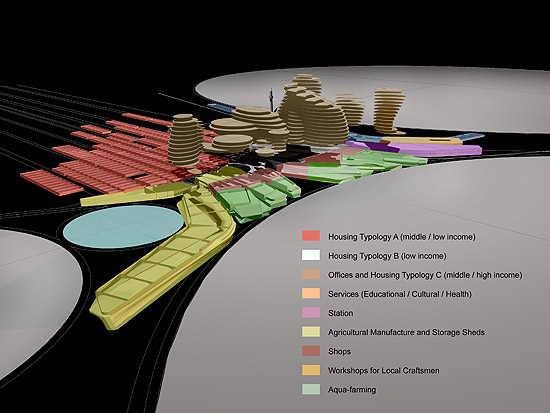 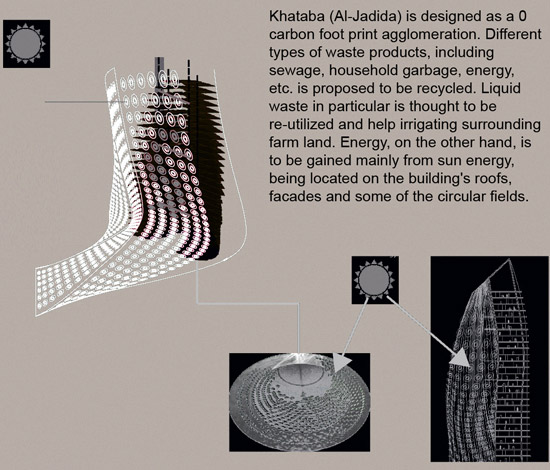 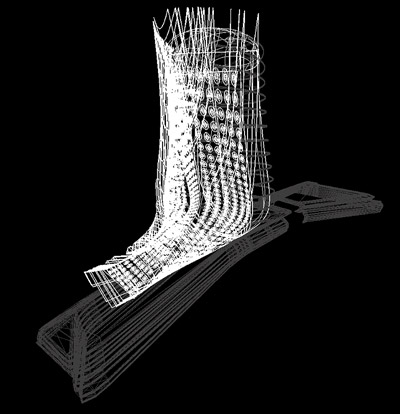 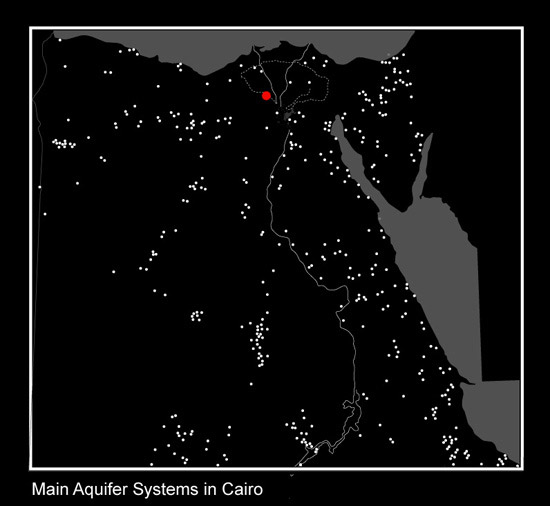 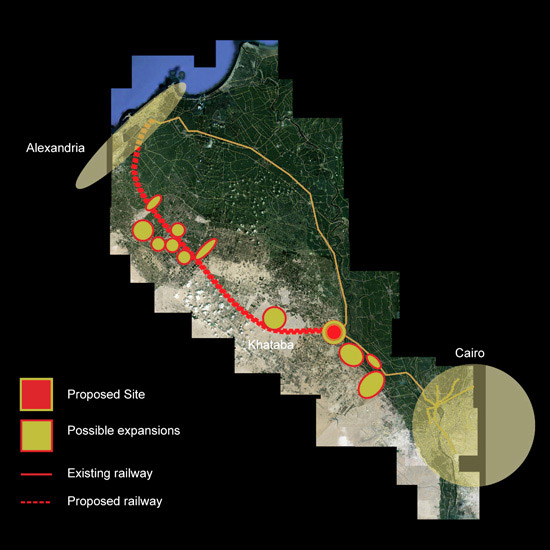 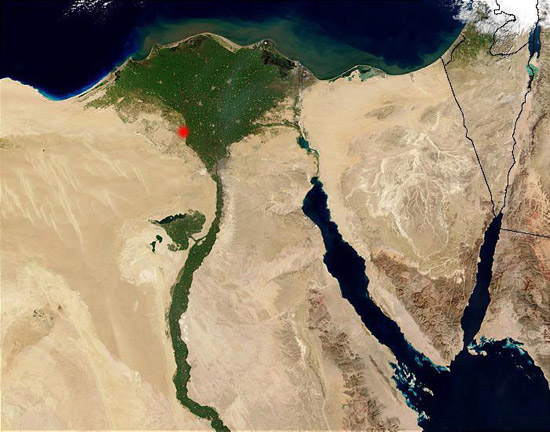