following the melbourne and olympic parks masterplan, international architecture and design firm populous–who undertook the project as a joint venture with NH architecture–was commissioned to design the latest phase of the development.

‘margaret court arena’, is a AUD$ 150 million multi-purpose venue that includes 7500 seats, a cable-driven operable roof, and concourse connectivity to the adjacent rod laver arena. construction took three years to complete and it’s the first LEED accredited sports venue in australia. the canopy is the fastest closing roof in australia with a closing time of less than five minutes. 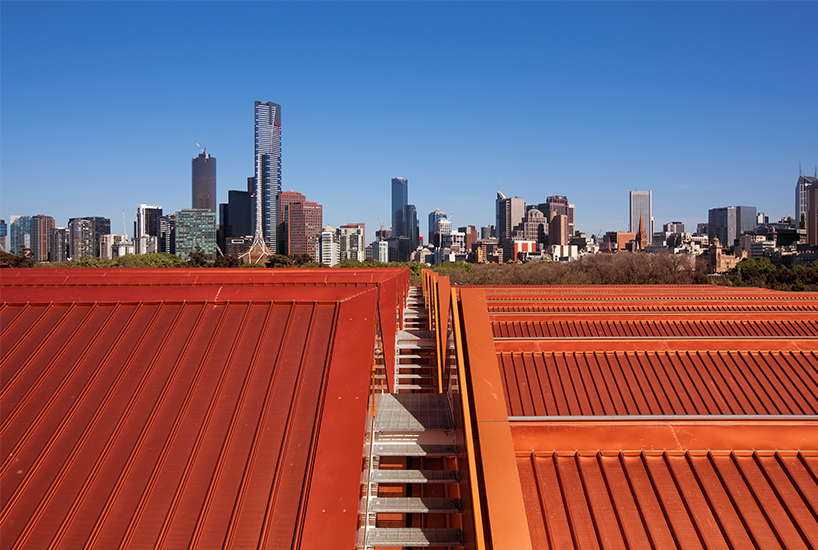 the form is derived from a key understanding of individual elements: roof, bowl, concourse, and undercroft. the result is a cohesive form conceived as a ‘container’–where the seating bowl becomes the key architectural expression allowing concourse areas to be developed independently.

a pleated roof profile reduces the structural depth and visual bulk of the building. it also provides the flexibility to fold down to pedestrian levels to provide weather protection, particularly at venue entrances. large overhangs on all sides of the building provide shade to the surrounding concourse and public realm. the recently completed ‘margaret court arena’ is now being showcased during the first australian open since construction ended. 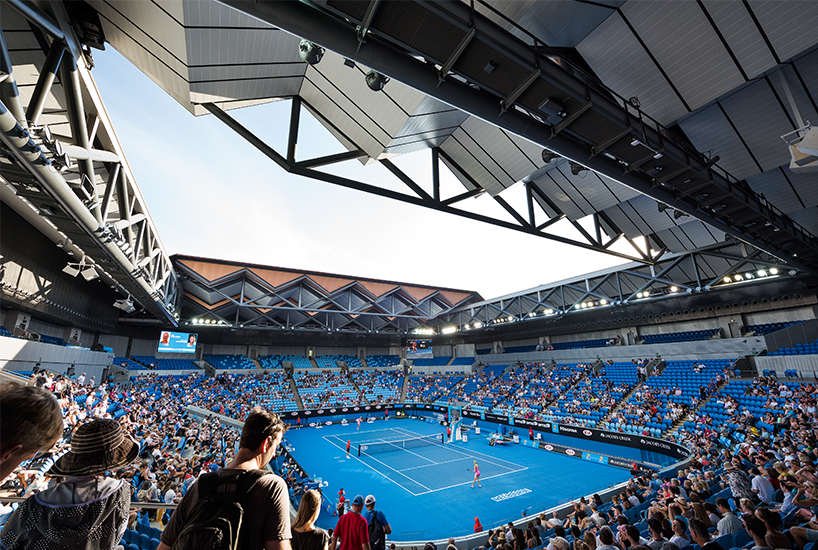 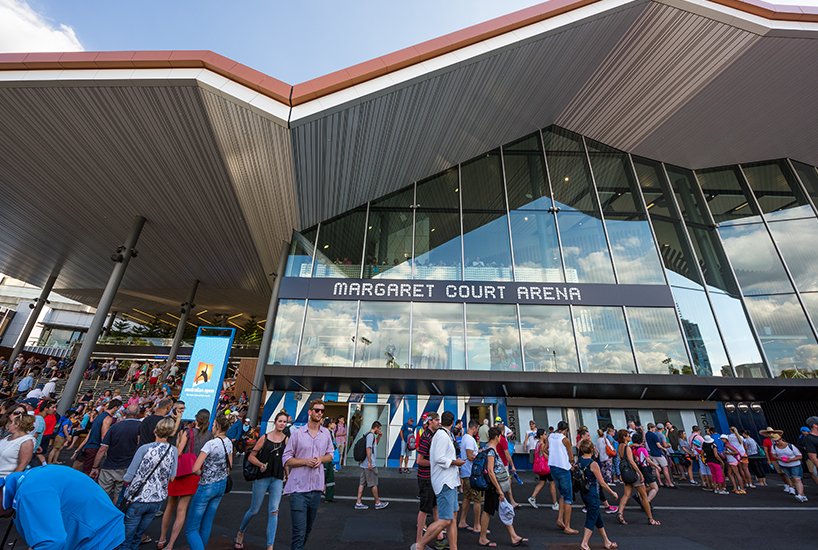 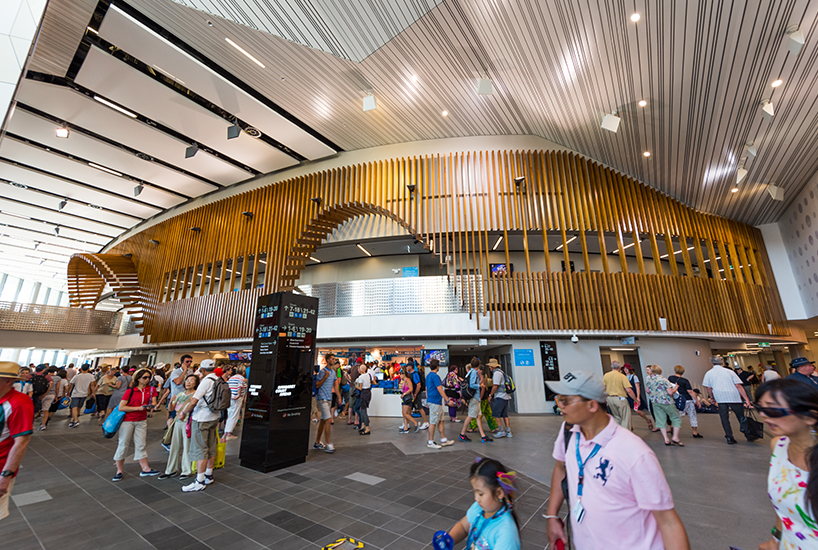 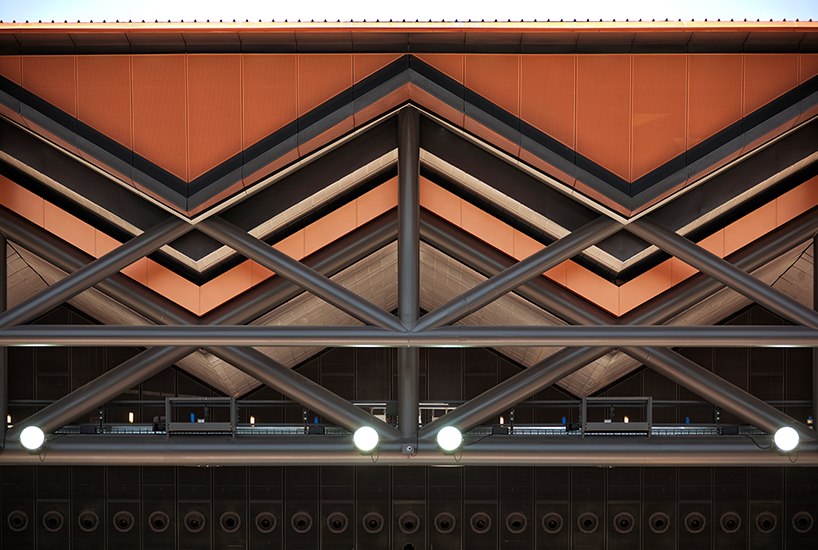