good architecture contemplates the natural landscape it inhabits, but brilliant architecture merges the two. marià castelló martínez has achieved brilliance with his project ‘bosc d’en pep ferrer’ on the mediterranean island of formentera. combining the natural and the man made worlds, castelló seamlessly conducts a beautiful duet. the project takes a cross section of the very earth which it inhabits exposing the bare rock and allowing a rare glimpse of it’s natural beauty. this leads into the architect’s use of pine and fir left in their natural color, a warm hue that matches the sand. the design is dictated by its materials. 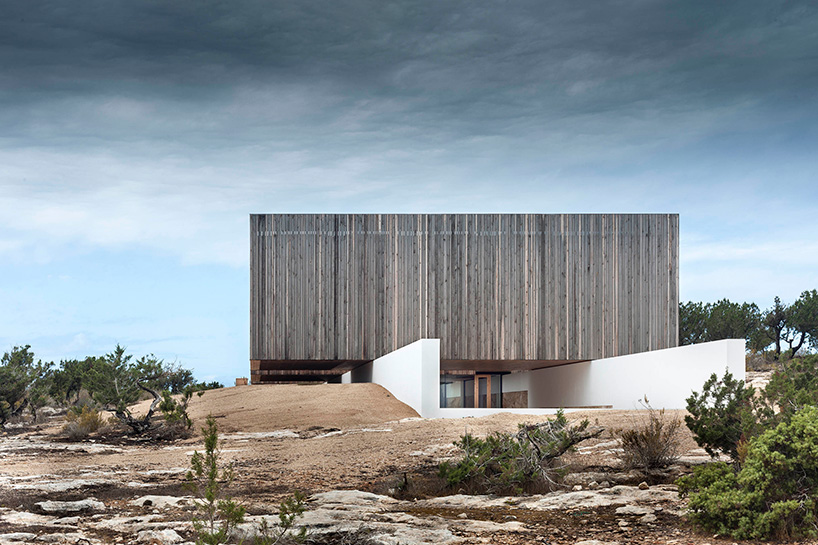 all images by marià castelló martínez

from far away the house appears a desert mirage, an effect contributed to by the inland facing side’s complete lack of windows. the three pure geometric forms simply sit on the site and instill curiosity and wonder like a temple of the ancient world. but surprisingly the house is very well lit both from the sea facing panoramic windows and the entrances of, and pathways between, the various structures. 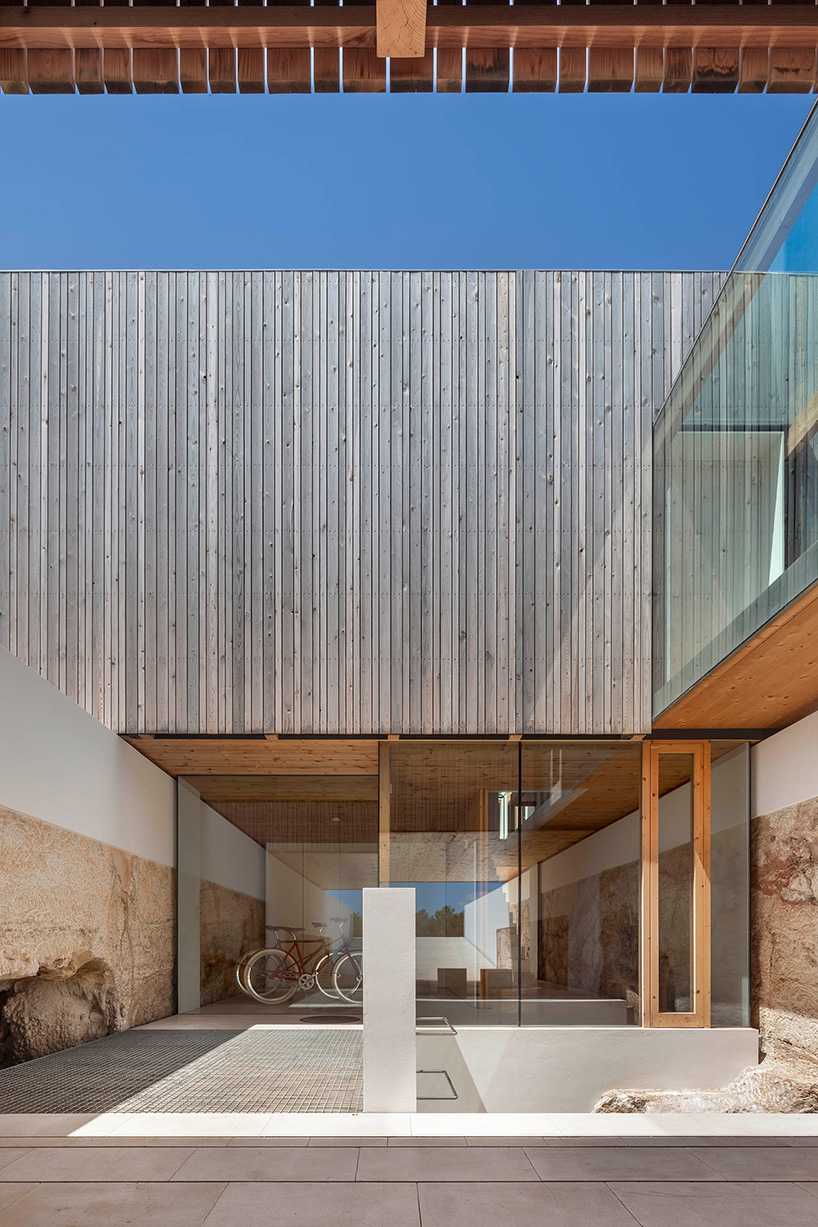 an outdoor crevice of the home

the plan is simple, too simple, and yet the experience is so novel. through the procession from one chamber to the next, or from one floor to another, you are exposed to such a variety of contrasting elements of light and darkness, all with such balance. its truly a playful space and it’s evident a great deal of thought was given to the user experience. you drive down to the underground lot and you are instantly inside the earth, the jaded rocks surround you, from there you ascend into the pools of light and a vista of the blue mediterranean. 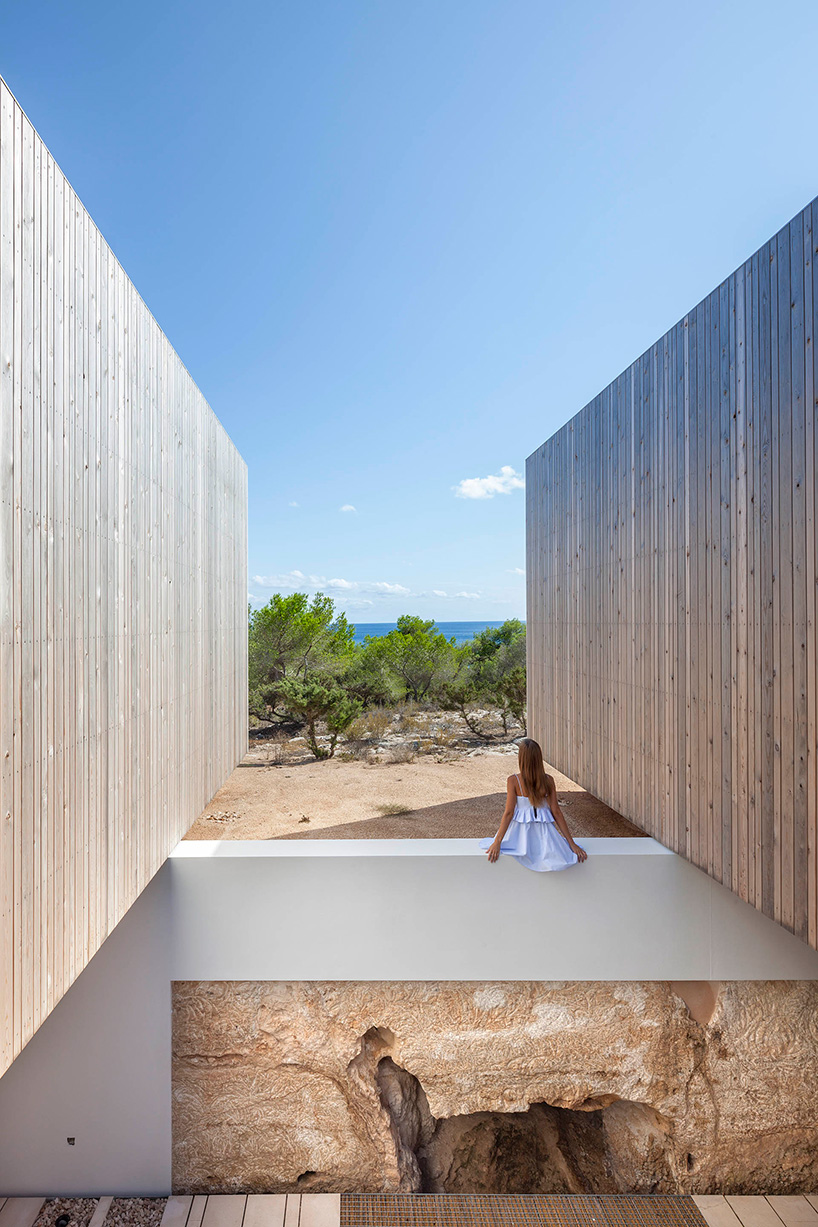 framed views of the earth and the sea

each detail in the house, from the doors to the ladders, is bespoke, giving the house a refreshing originality. the design goes beyond aesthetics, and provides passive bioclimatic systems of proven effectiveness in this climate, as well as water self-sufficiency thanks to a large volume cistern that reuses rainwater. castelló has done a tremendous job designing this home, not only has he created beauty and function, but he has also reimagined what the two terms mean. 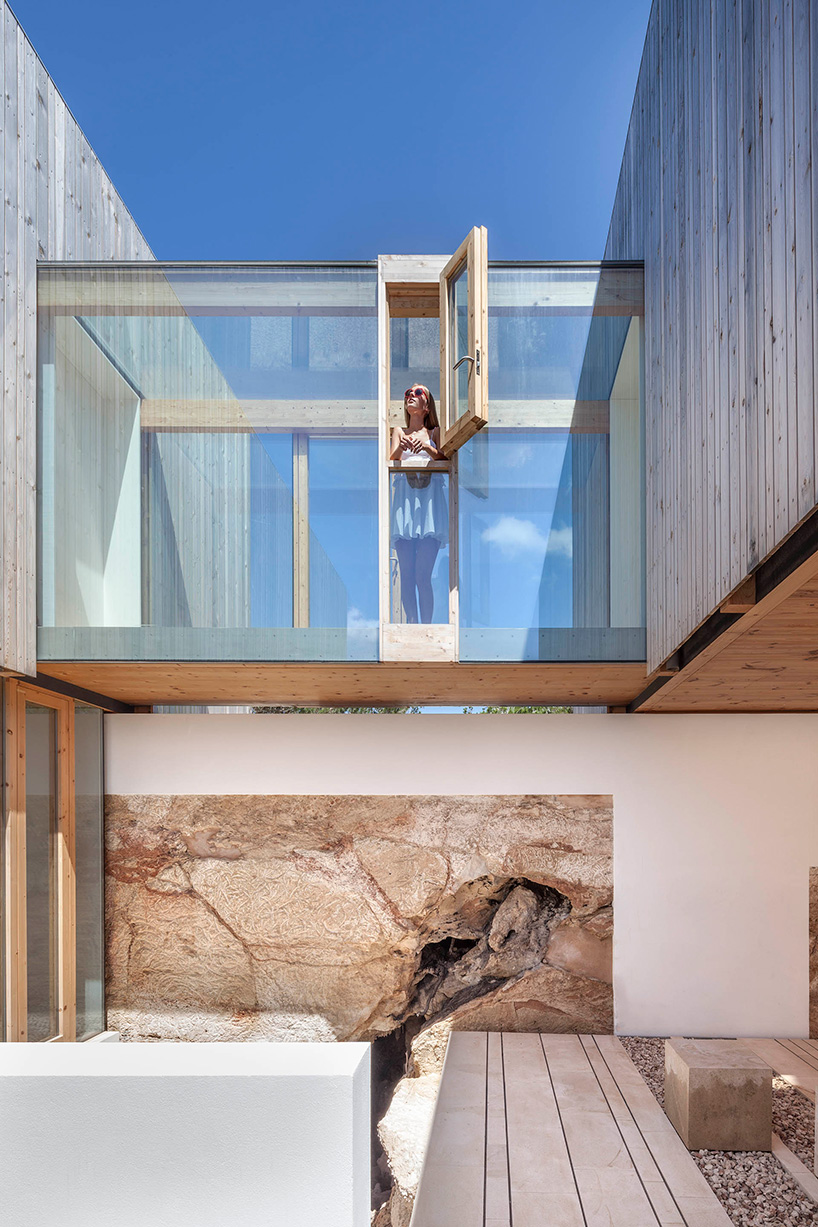 the architect plays with contrast 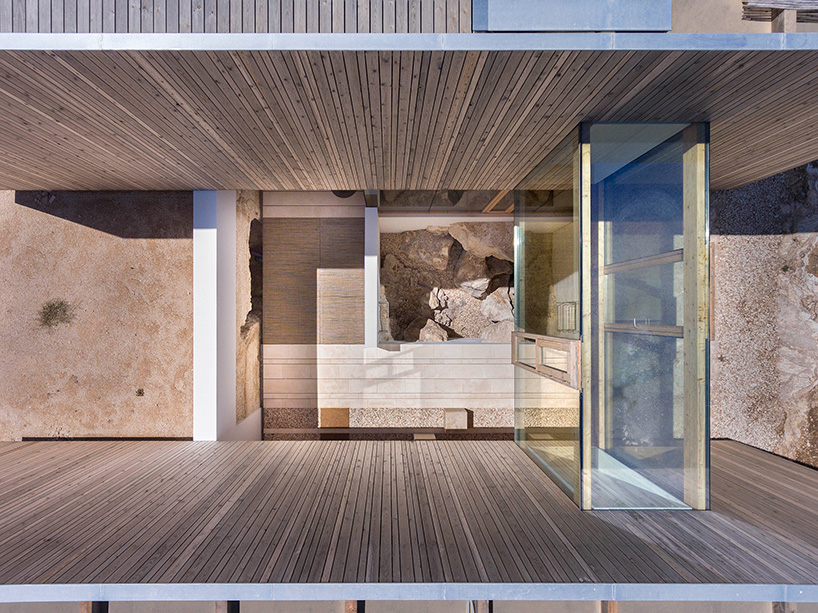 the various pathways between the volumes 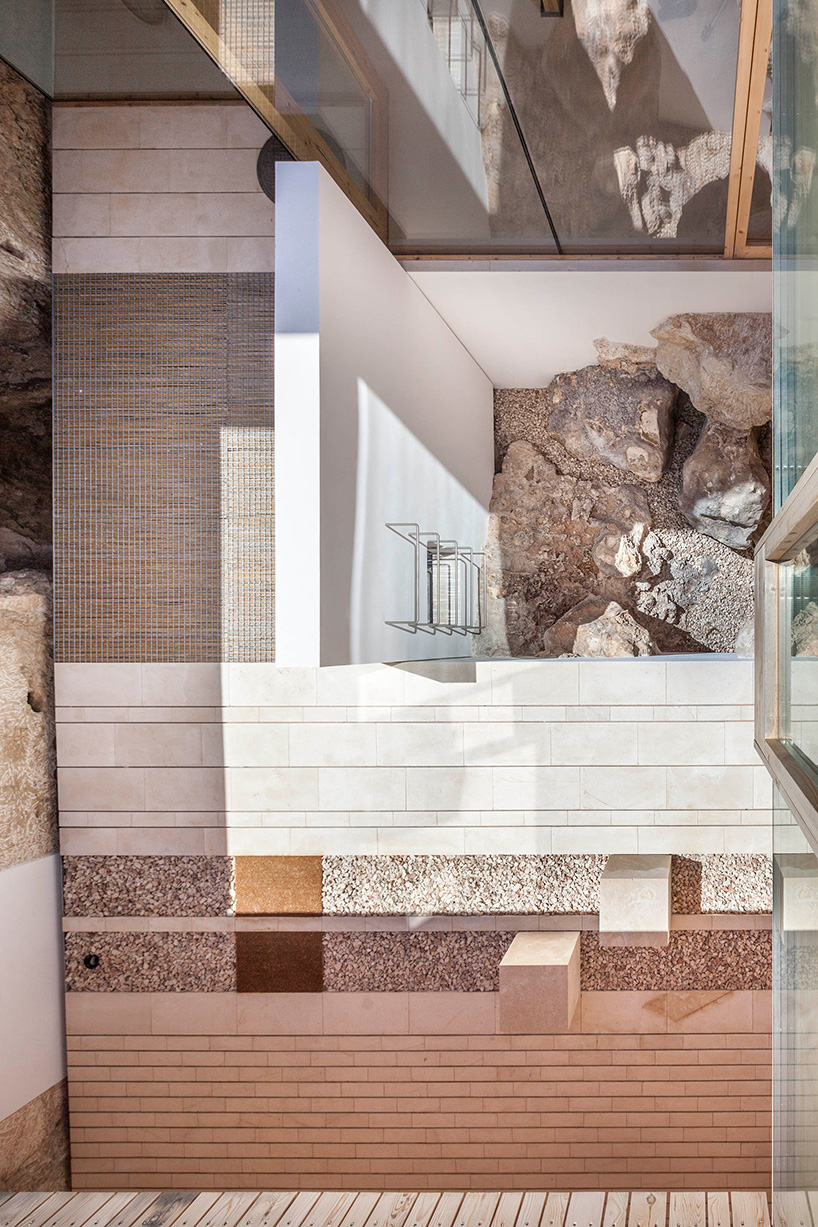 one of the home’s entries into the rock-bed an amalgamation of materials 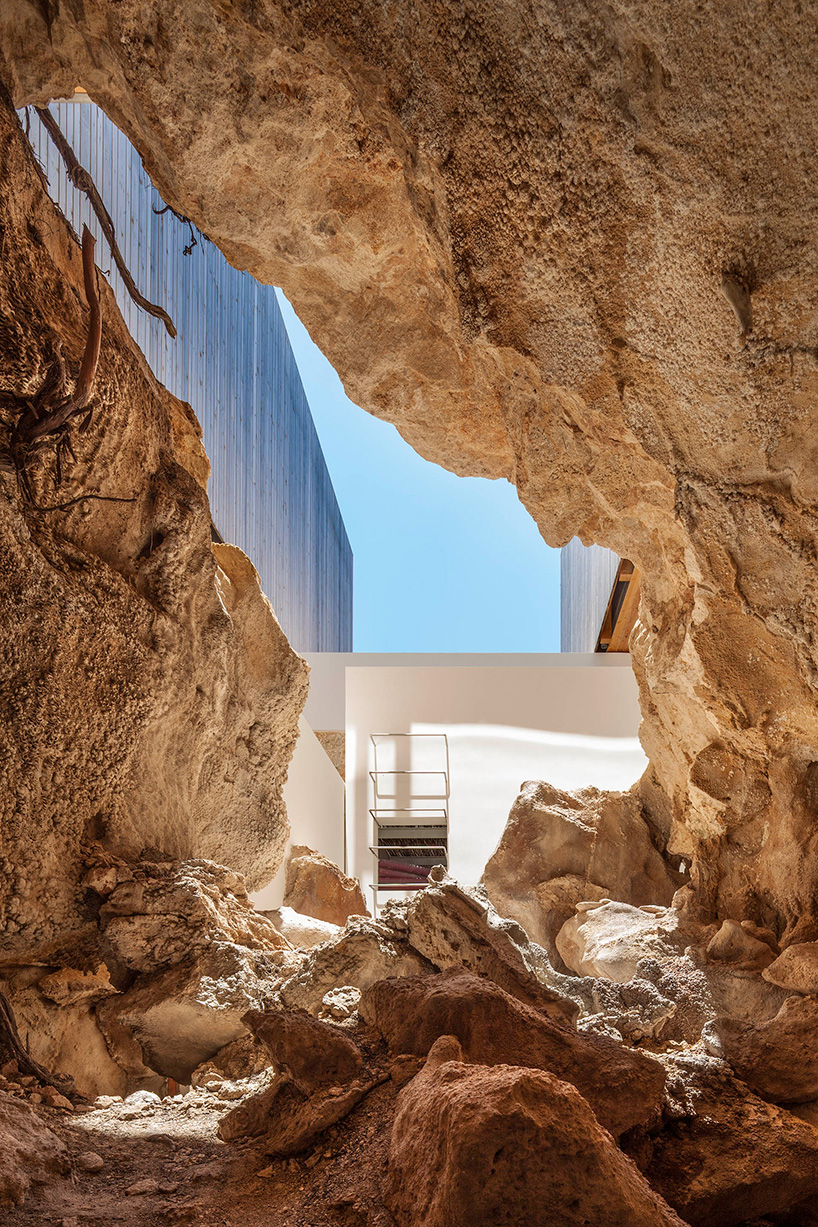 in the rock-bed under the house 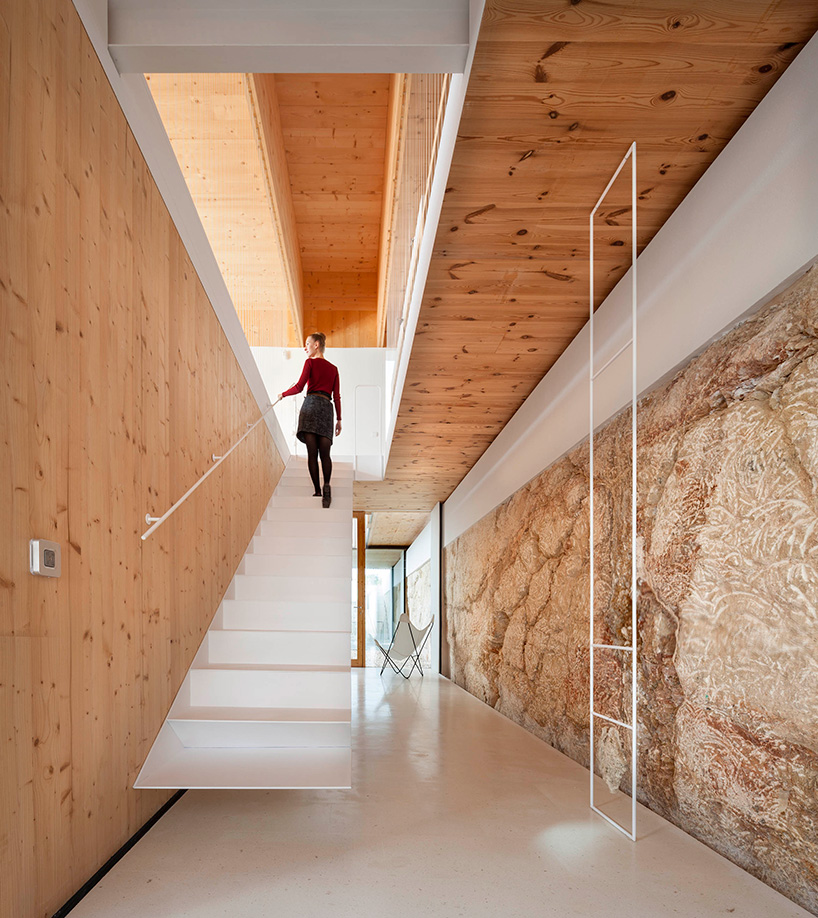 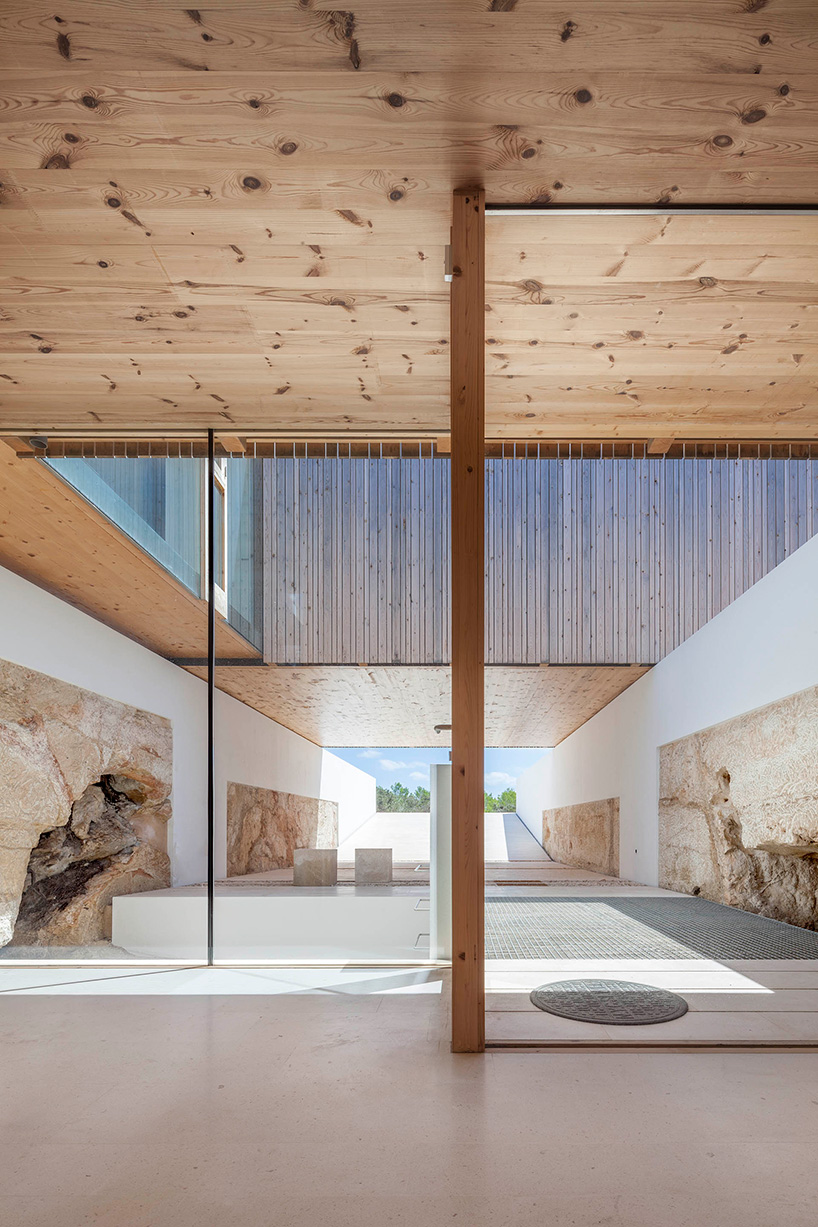 the lower level for a car park and underground entrance 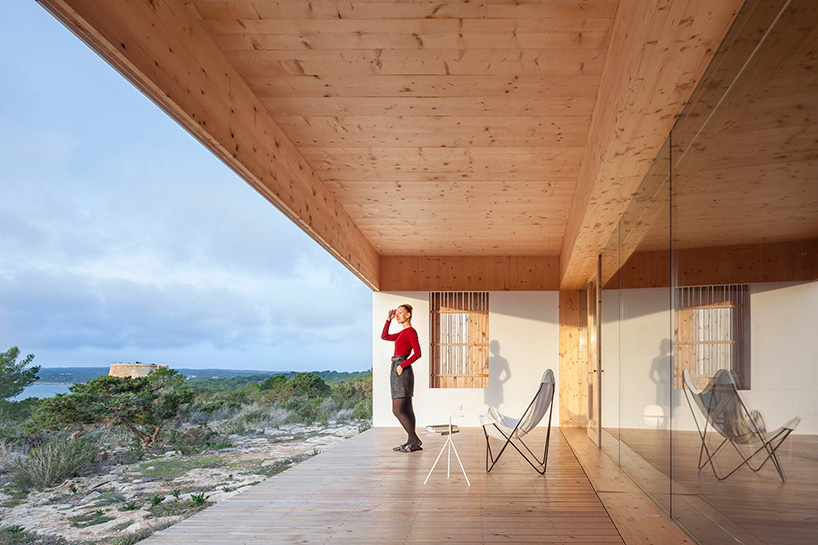 the design frames views of the sea 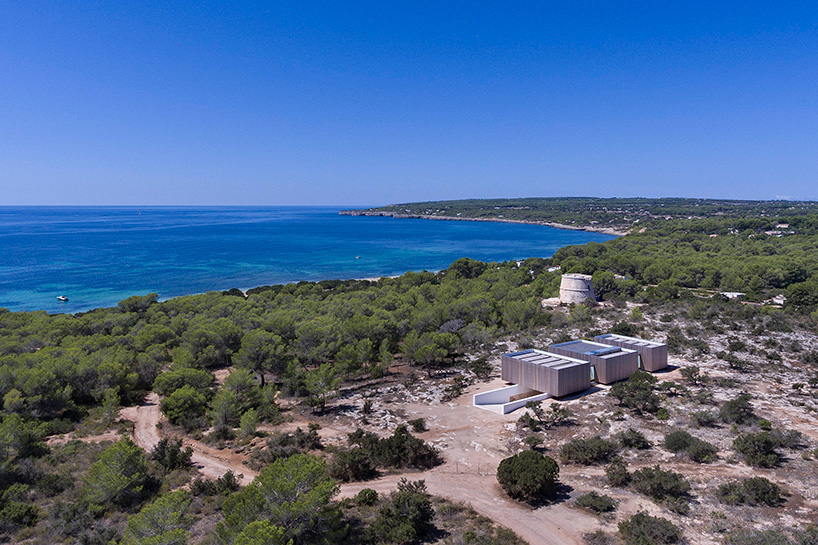 a drone image of the home reveals the comprehensive plan 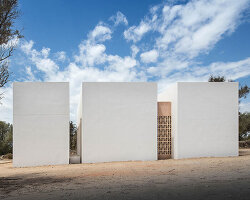 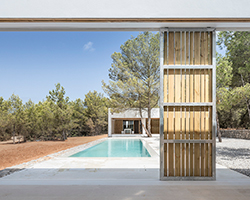 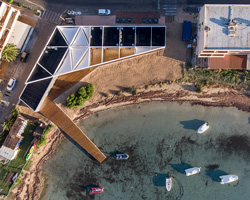 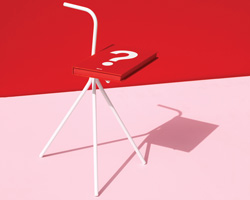