Conservatory for music and dance by MARIN + TROTTIN ARCHITECTS

Marin + Trottin Architects has completed the transformation of a pre-existing library into a dance and music school in Saint-Paul, La Réunion, France. Originally designed by Périphériques Architects in 2015, the structure was supposed to house a media library that never officially opened. The building itself was bought by the Region Reunion Office, and the new owner decided to put different cultural facilities in it by mixing together the regional music school (CRR), the headquarter of an association promoting local music (PRMA) and a part of the literature regional center (CLR). The refurbishment welcomes these new uses, making subtle interventions and forming an efficient multi-functional environment that can stimulate the users’ imagination and get their creative juices flowing. 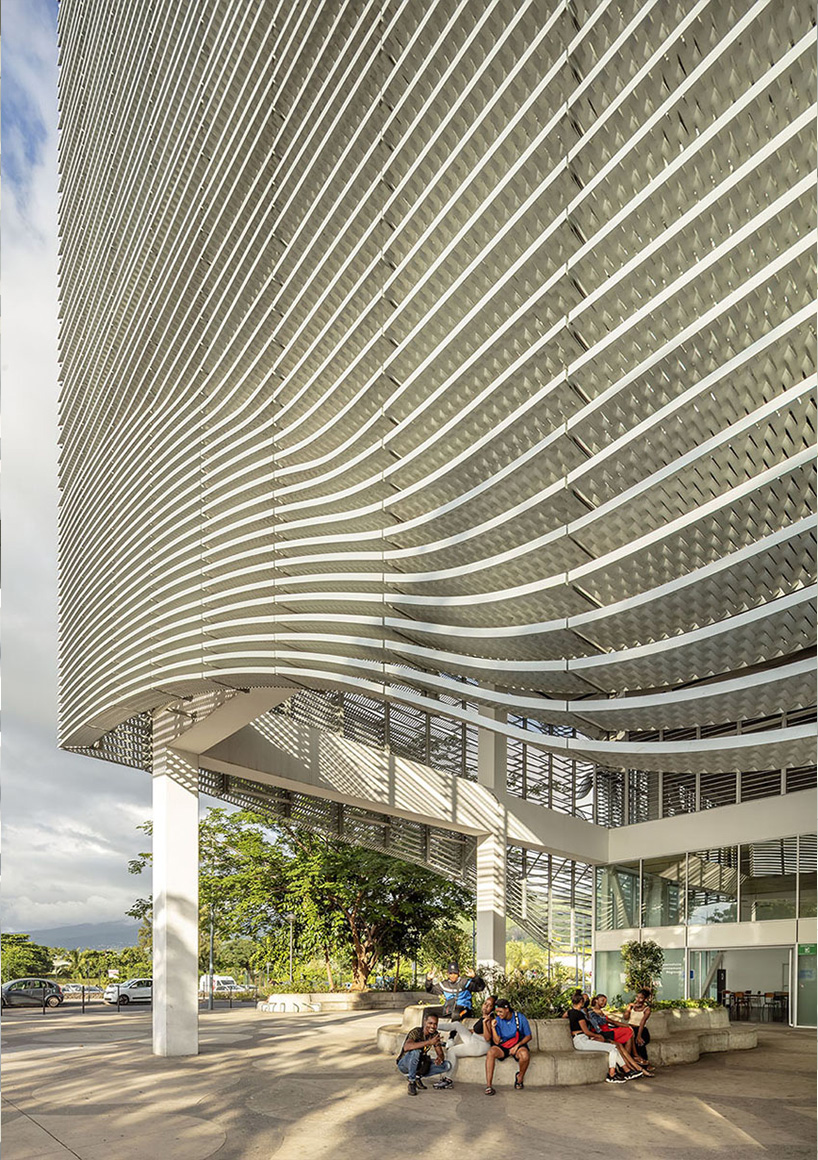 all images by Luc Boegly

Since the building is brand new, Marin + Trottin Architects (see more here) intervened only internally in order to accommodate the new uses. The urban and symbolic qualities of the building are preserved, while its visual and physical porosity also remains the same.

The modifications are very subtle and discreet. The design team has re-used all the large and empty levels made for the previous program. In this way, the space is transformed into a multi-functional cultural environment with a diversity of spaces: drums room, dance studio, co-working space, orchestra roofs, etc. 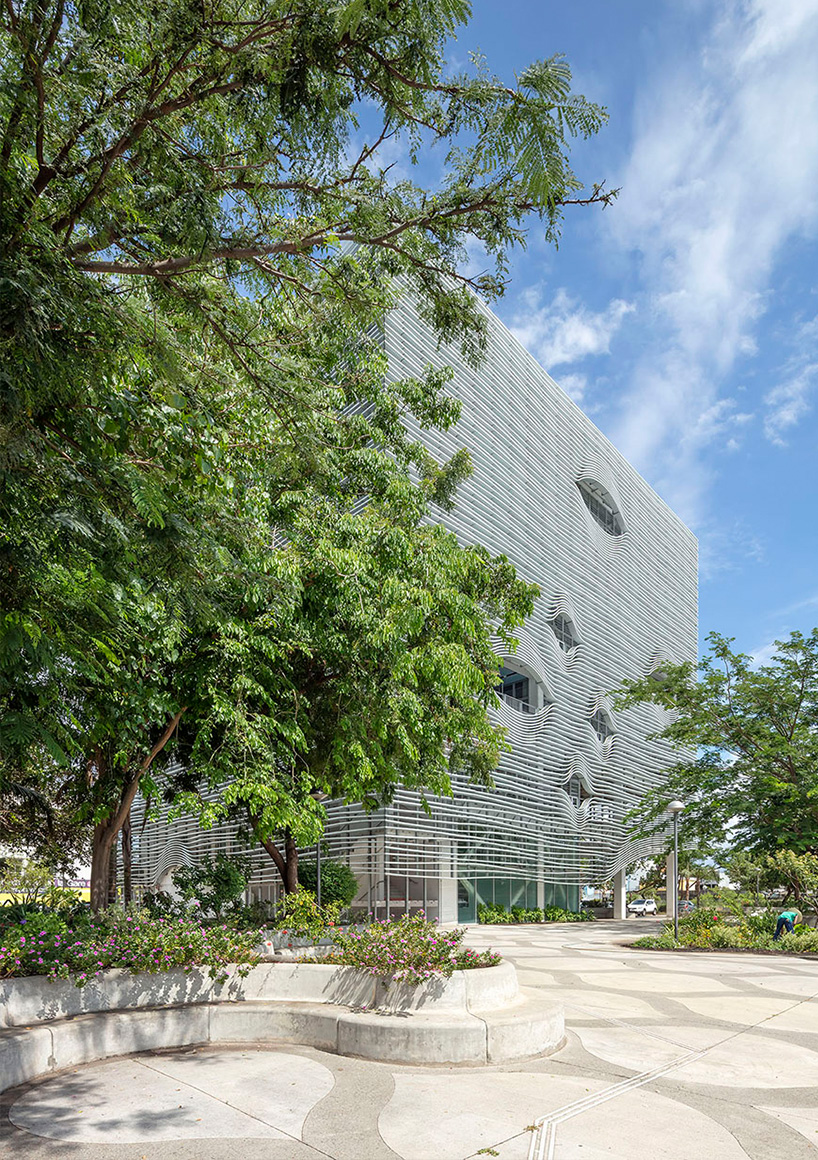 A spatial palimpsest with an uncanny character

The ceilings are decorated with large, strange pictures, serving as a characteristic element of the original project. Now, it’s harder to understand those horizontal paintings, but their presence gives the building a bit of an intriguing uncanny character. ‘If Cimendef building was a book, the cover remains unaltered but the content gets more and more complex, becoming a spatial palimpsest.’ Marin +Trottin Architects explains. 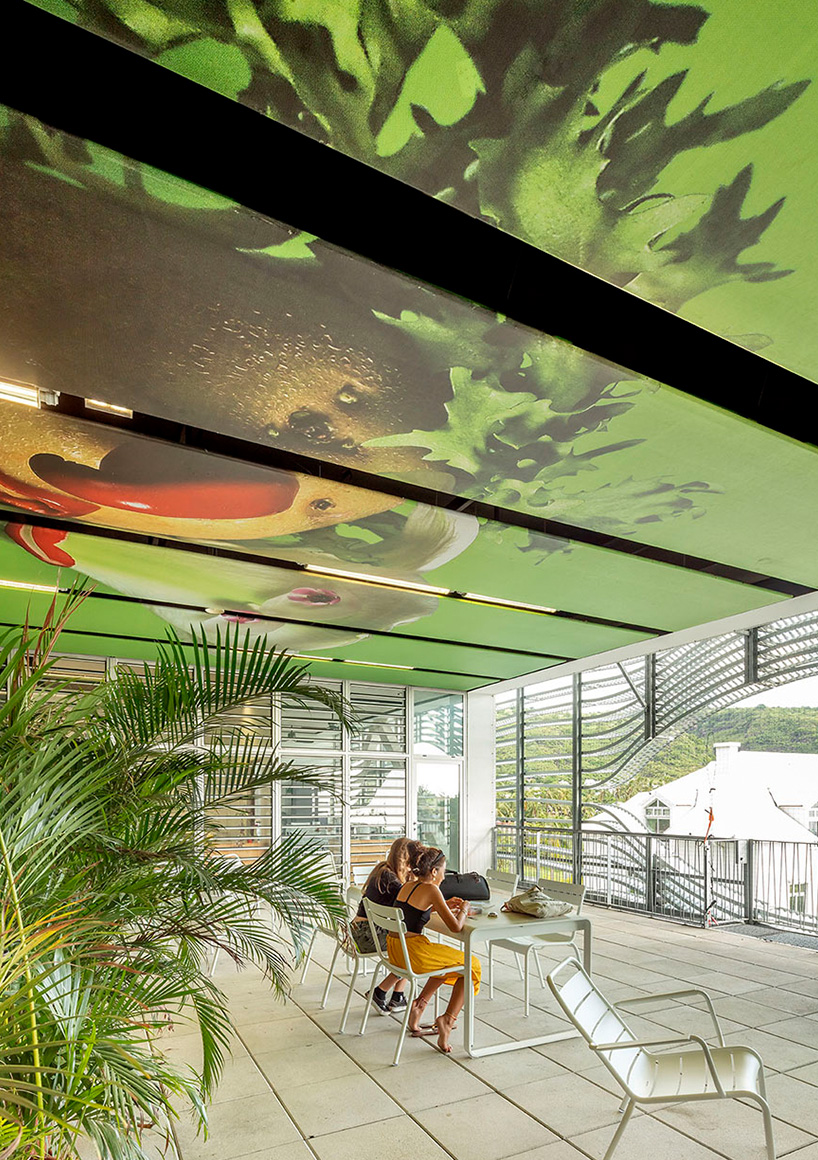 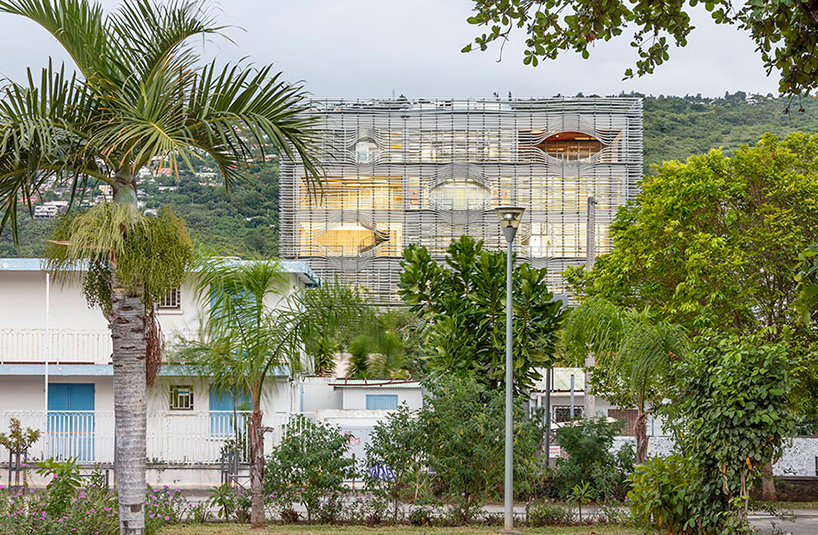 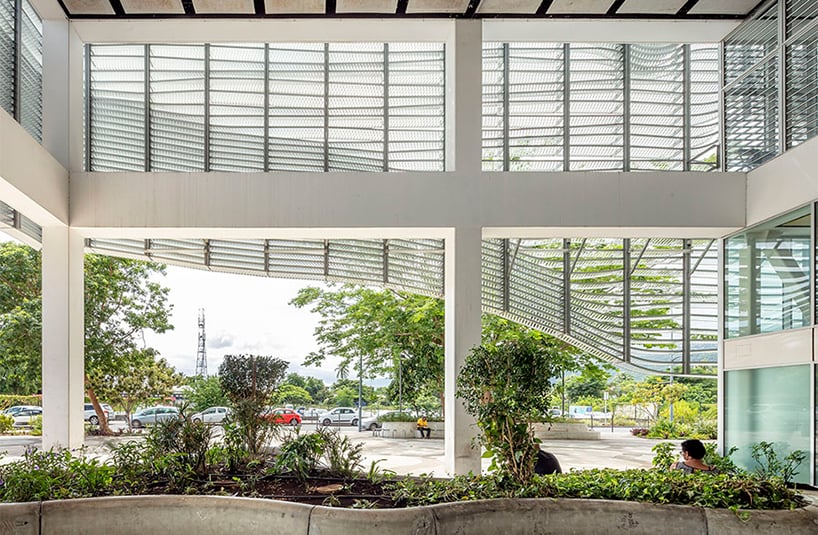 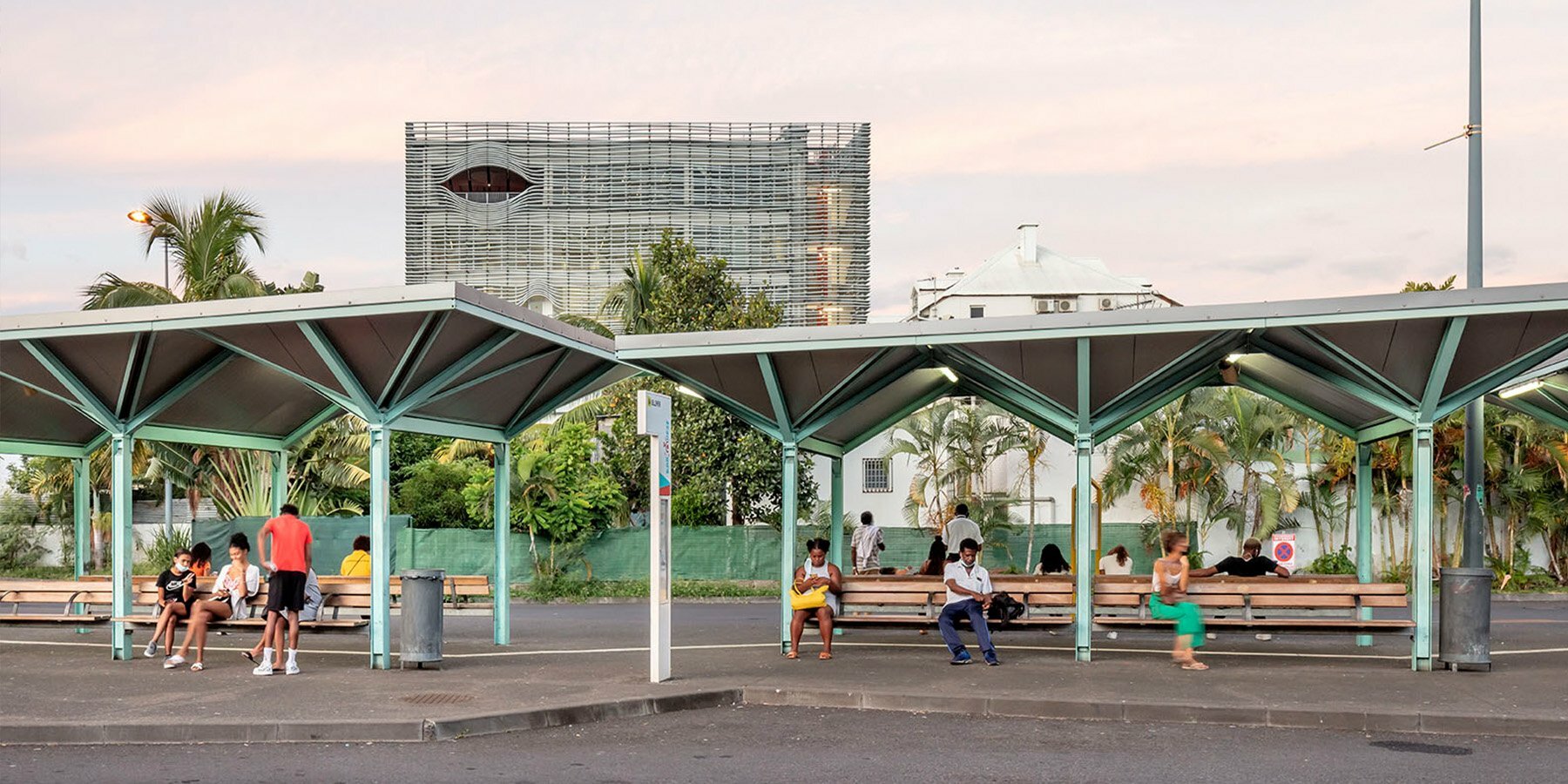 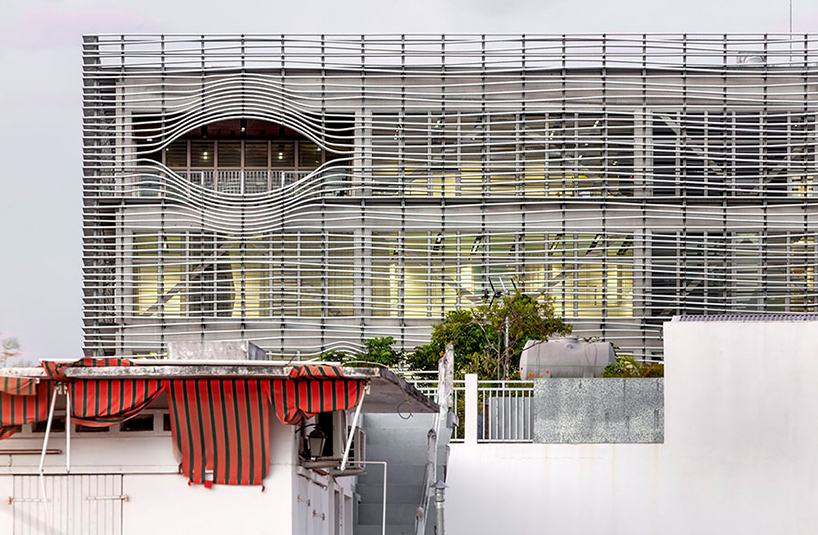 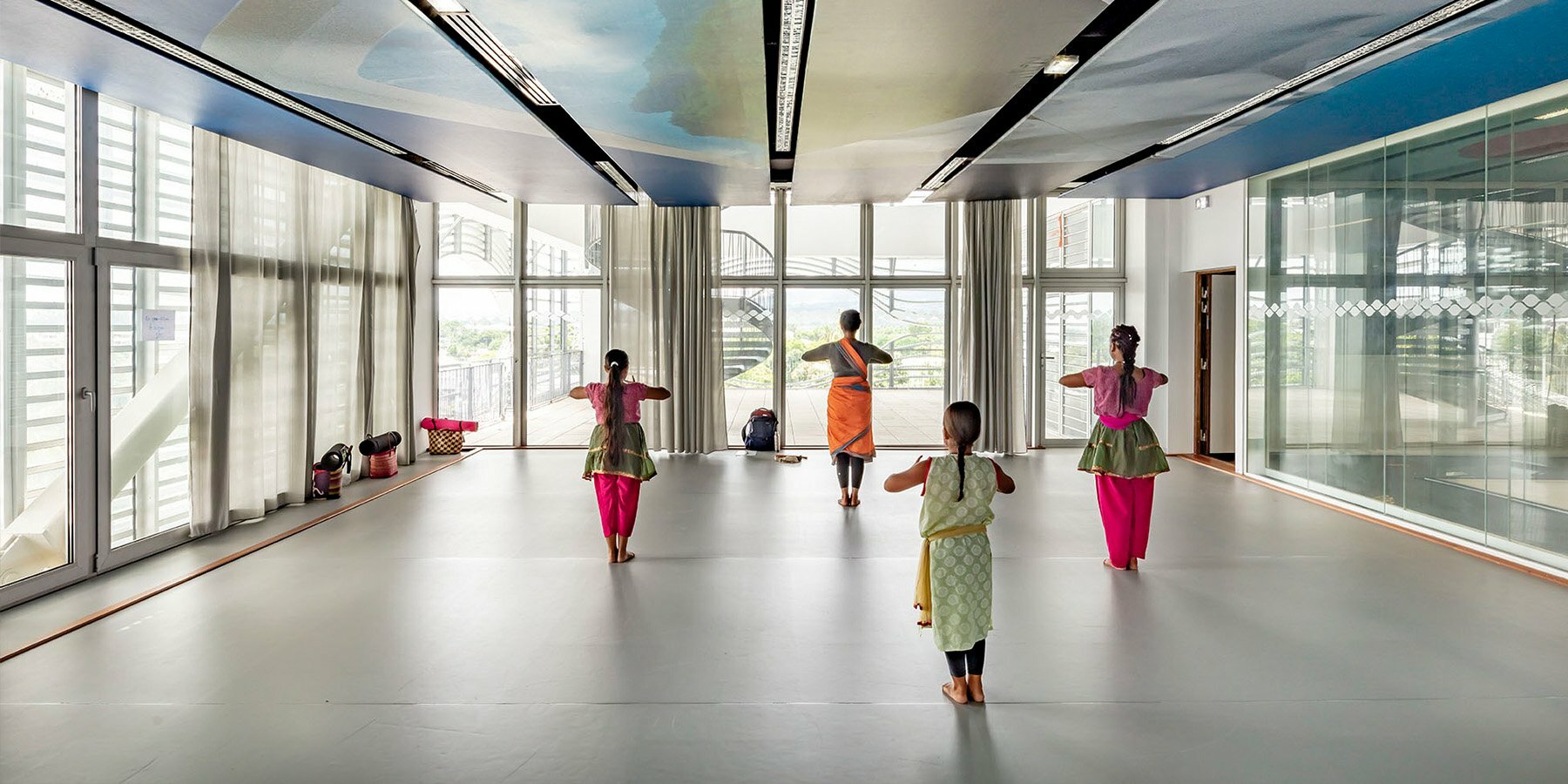 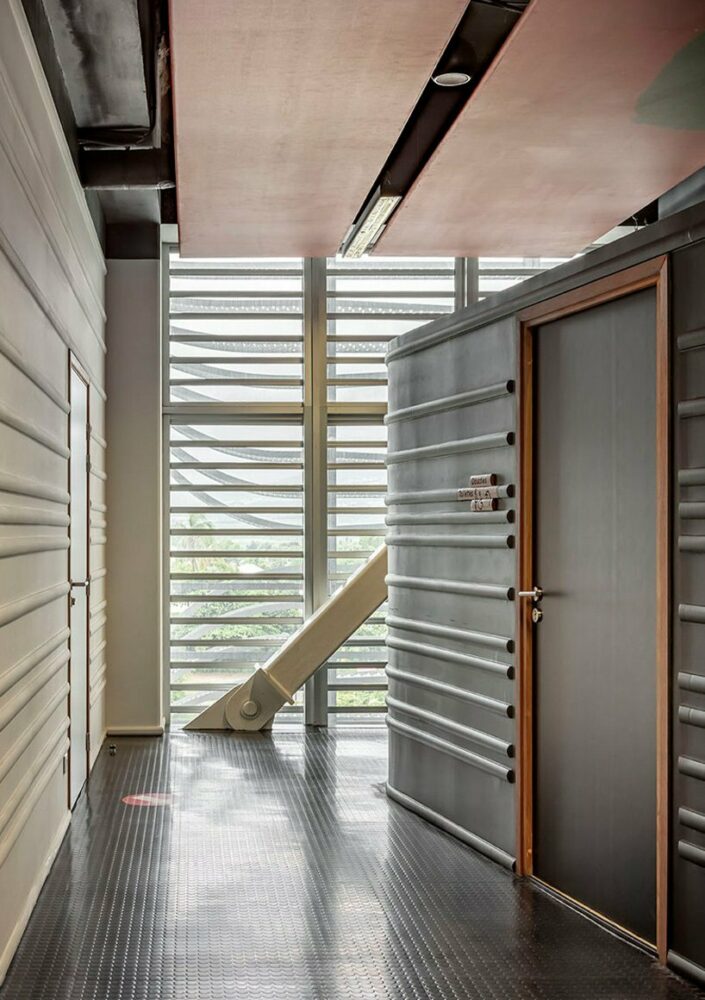 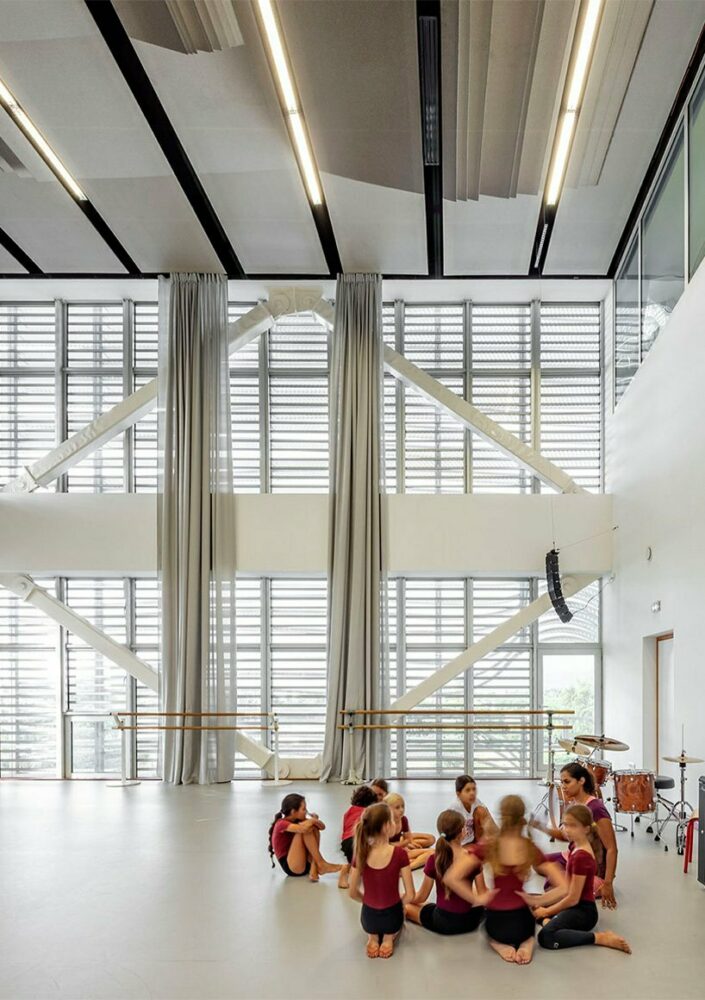 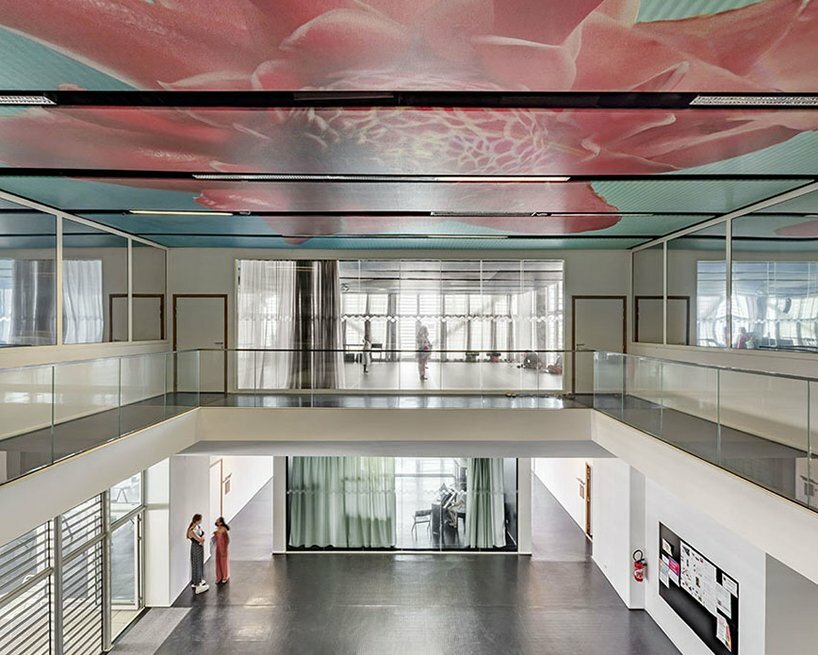 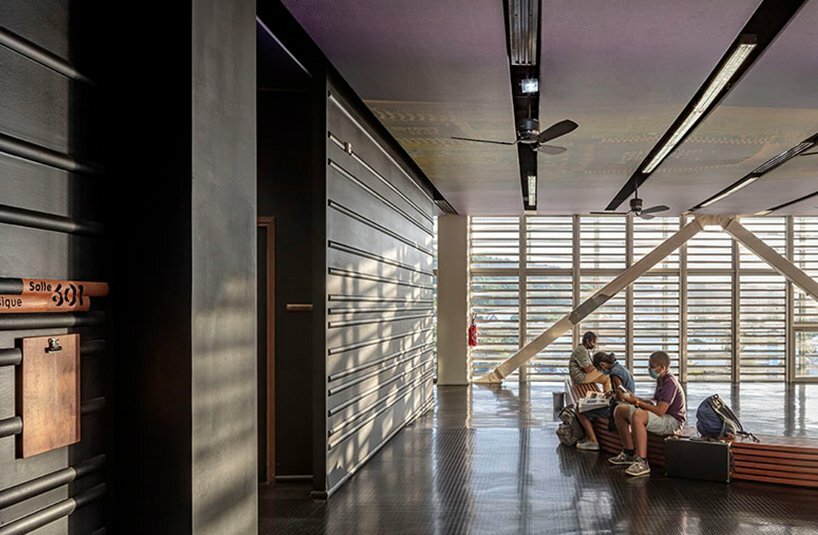 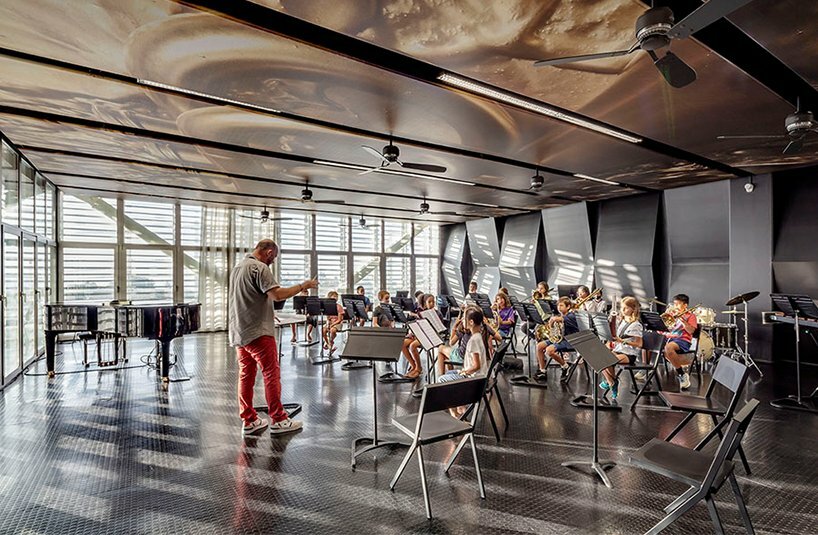 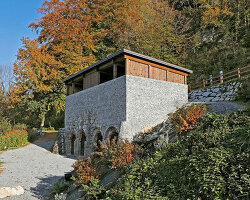 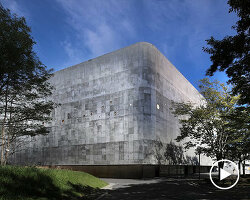