continuing with our feature series on some of the world’s most well-produced design and architecture magazines, we focus on amsterdam-based publication, MARK magazine. as an off-shoot of the highly established FRAME magazine, the bi-monthly read is a relatively new addition to the world of architecture editorial but has found its niche as one of today’s leading journals offering international content with visually arresting pages.

designboom talked to editor-in-chief robert thiemann on the history of MARK, having architects as its main readership, and how to keep the magazine as a physical product.

designboom: how did MARK start?

robert thiemann, editor-in-chief MARK: MARK started as a spin-off of FRAME, the interior design magazine which was launched in 1997. at some point, peter huiberts, co-founder and publisher and I felt that FRAME was more or less making itself. the magazine had become mature and profitable, making room for new initiatives. we thought that launching a magazine that would be related to FRAME would make sense. in that case we could somehow benefit from our exiting readership, advertising clients and distribution network. the idea was that this second magazine should not cannibalize FRAME. hence we thought of architecutre, being a field that FRAME incorporated to a slight extent only. we seem to have gotten it right: there’s some overlap between readership and advertisers of both magazines, whereas only few people swapped FRAME for MARK. 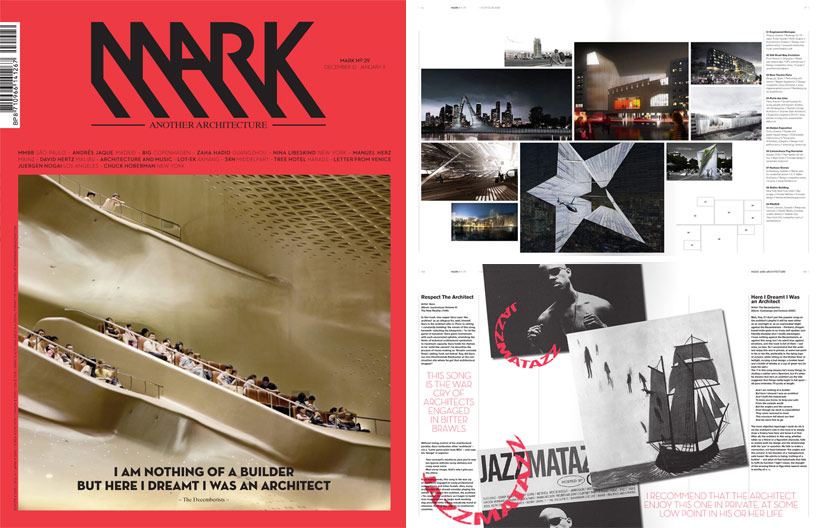 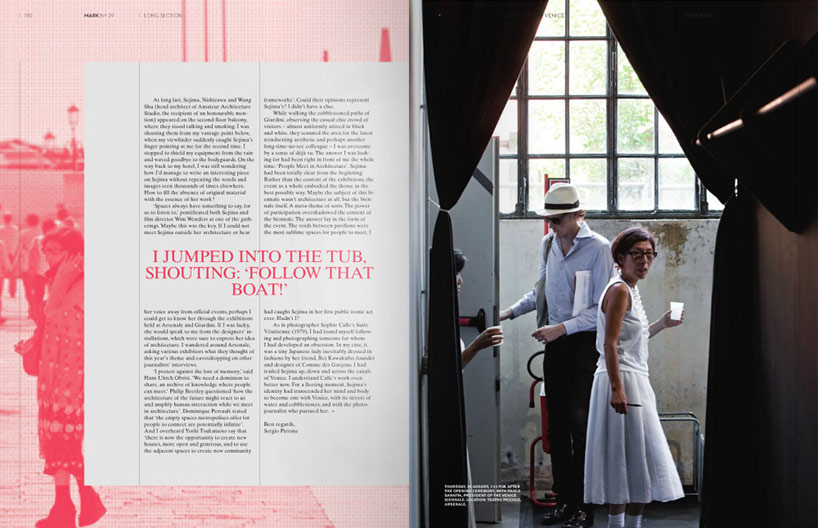 db: what are some key differences between MARK and other architecture magazines?

MARK: we adopt a more personal approach to making the magazine: many stories are driven by personal interest of their writers and we run more interviews than most architecture magazines. last but not least, we not only cover the latest and most interesting architectural production, but also feature stories on mavericks, artists and other phenomena that we think are relevant to the architectural culture in general. 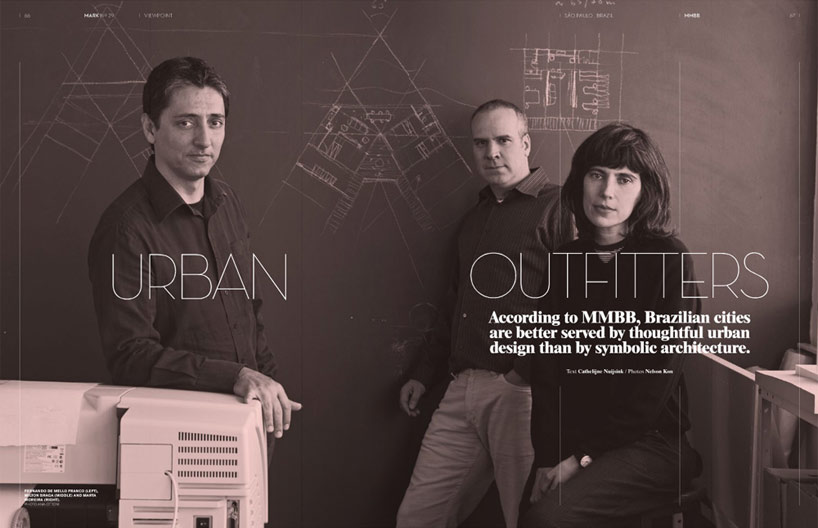 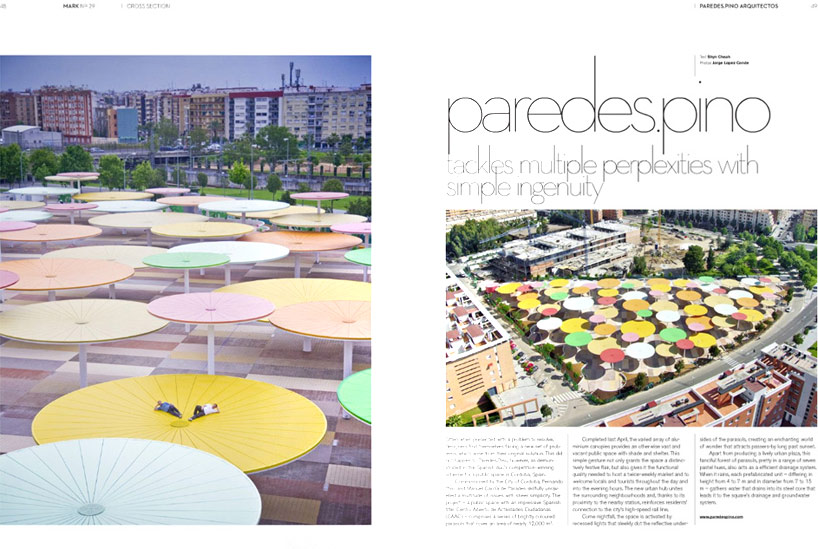 db: how do you know who your readers are and what they would like to see in each issue of MARK? how is each issue put together, thematically? how much advance preparation time is required to conduct this?

MARK: since we have the details of our subscribers, we know exactly who they are: architects. the editors who make the magazine are also trained as architects. in fact, they make a magazine that they would want to read themselves. it’s as simple as that. apparently quite some other architects have the same interests. since MARK is a bimonthly publication, it takes about two months to complete an issue. we don’t work with themes, but create a mix of portraits, interviews, case studies, and travel stories; long and short; text heavy and image driven articles. it’s all about creating the right mix. 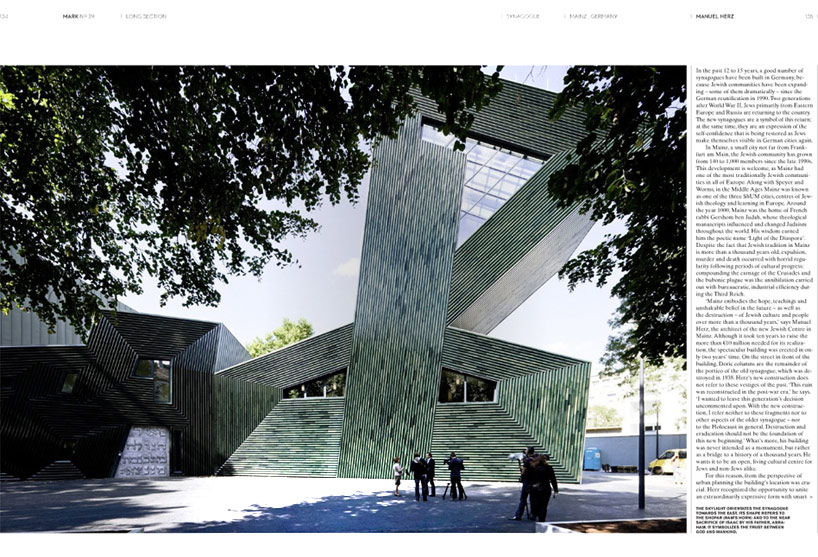 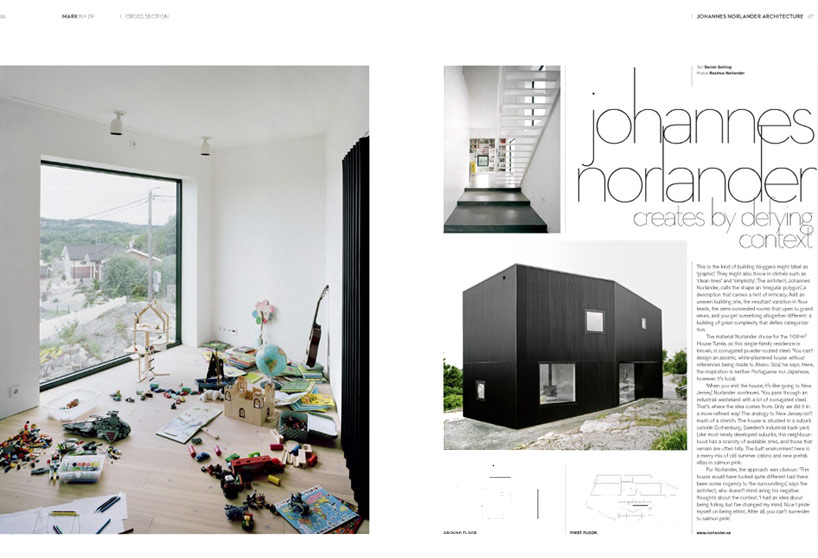 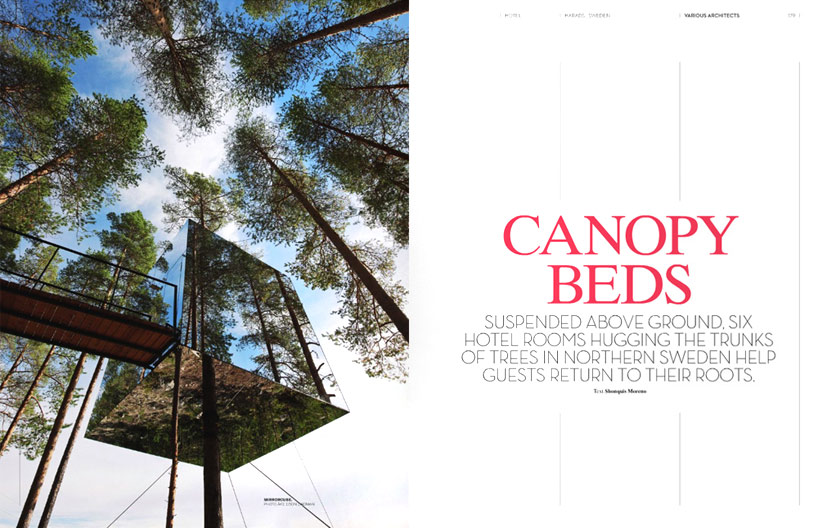 MARK’s feature on the ‘treehotel’ in harads, sweden click here to see more images of the project

db: how do you ensure that your content is always fresh?

MARK: we are curious by nature, always looking for something new. we hate to repeat ourselves. moreover, our writers are well-informed and intrinsically motivated to find the gems in the architectural production and the stand-outs who create them. 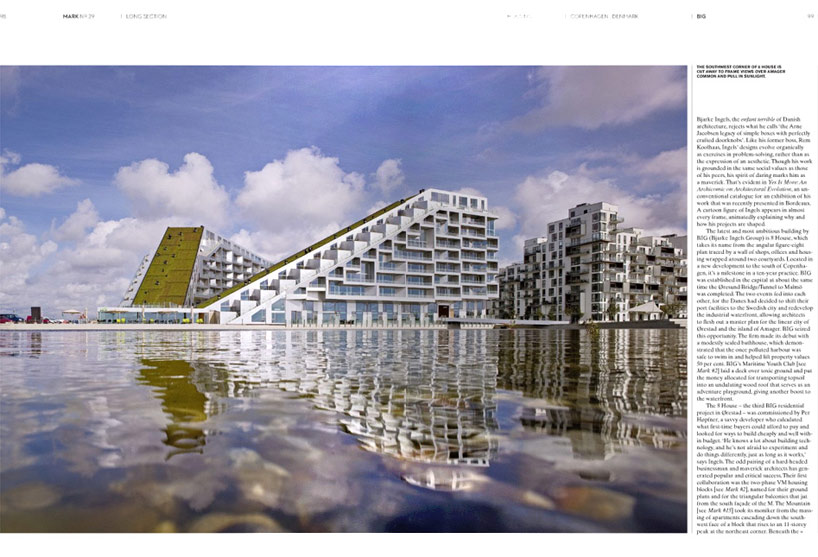 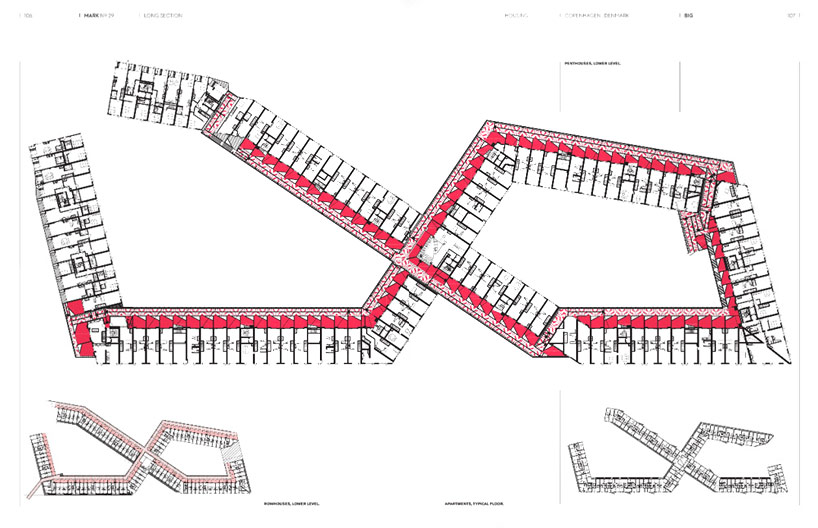 plans for more on the award-winning project, click here

db: being an architecture magazine, the aesthetics of the publication–from font to layout, kerning to cover–is very important. what style would you say MARK is? how has it evolved since the inception of the magazine?

MARK: the magazine changes style every couple of years. the first three issues were very heavily driven by their graphic design. it was very artistic yet so dominant that we didn’t reach the readership we were after–architects–but instead interested many illustrators, designers, and photographers. I’ve very proud of these first issues. they’re real statements in every respect but in the end, they just didn’t work for us. so from issue four, we changed design, size, and price of the magazine, making it lighter, smaller and cheaper. this had the desired effect. after a couple of years we again thought it would be wise to change the design, creating a more mature, self-confident yet fashionable look. at this moment, we’re preparing a slight redesign because we feel that it’s about time. this is, by the way, another way keeping the magazine fresh. 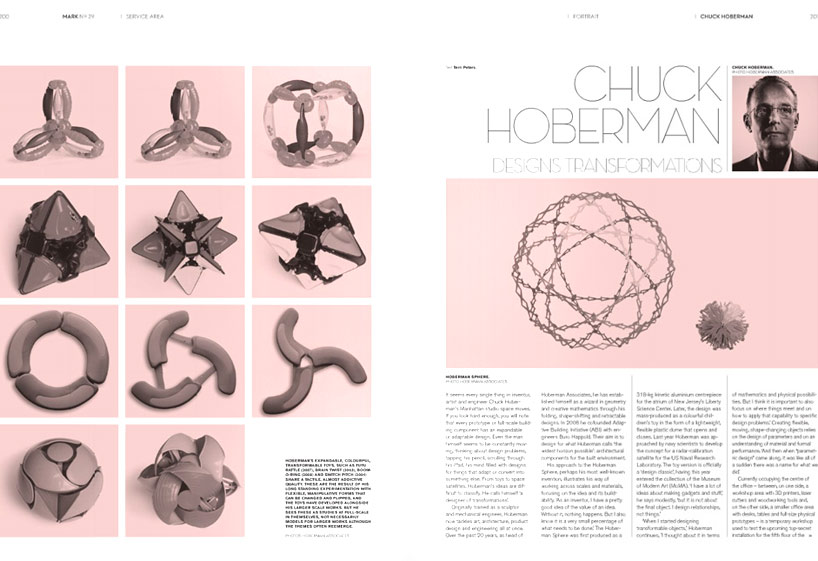 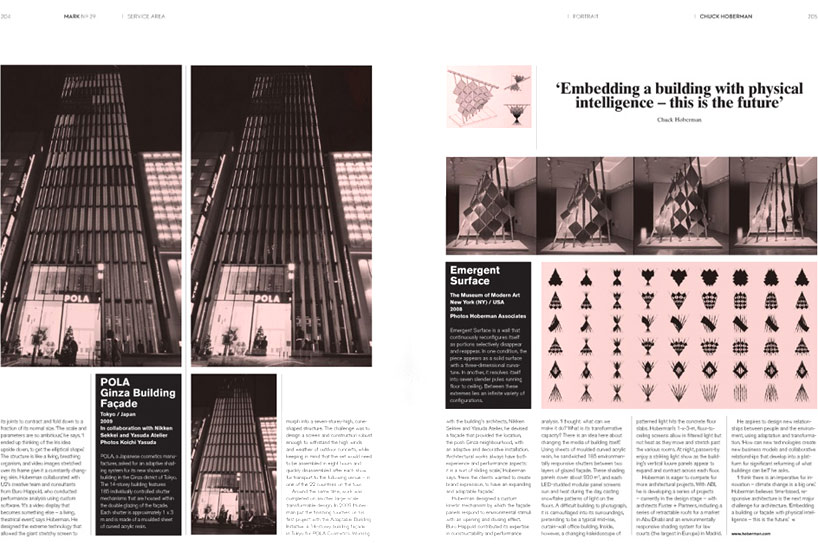 db: many magazines these days are making the transition from print to online. what kind of measures (from publishing strategies to content) are you taking to keep MARK relevant and competitive?

MARK: although MARK is also available in a digital format, we still believe in print when it comes to magazines and books that depend on visuals. to make the paper version even more relevant, we spend quite some time and money on making an interesting physical object. we use three high-quality paper stocks, put much effort in prepress and always make a tactile and attractive cover. this way, we make the most of creating a physical product. 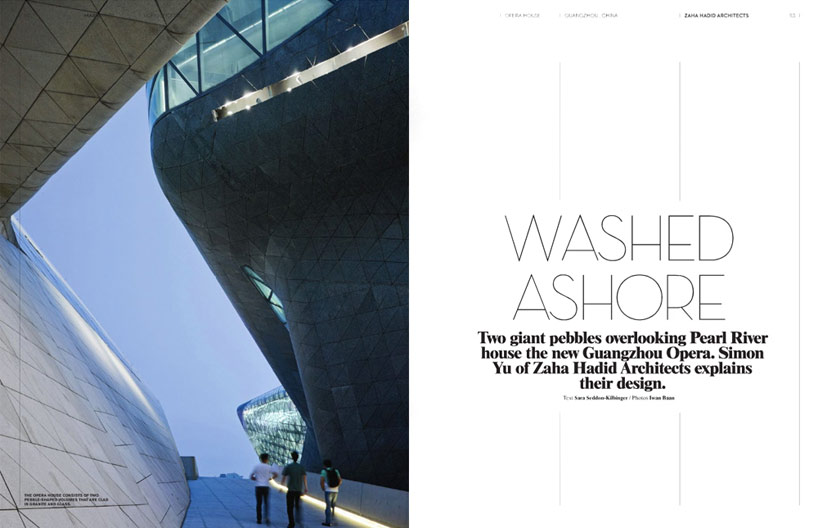 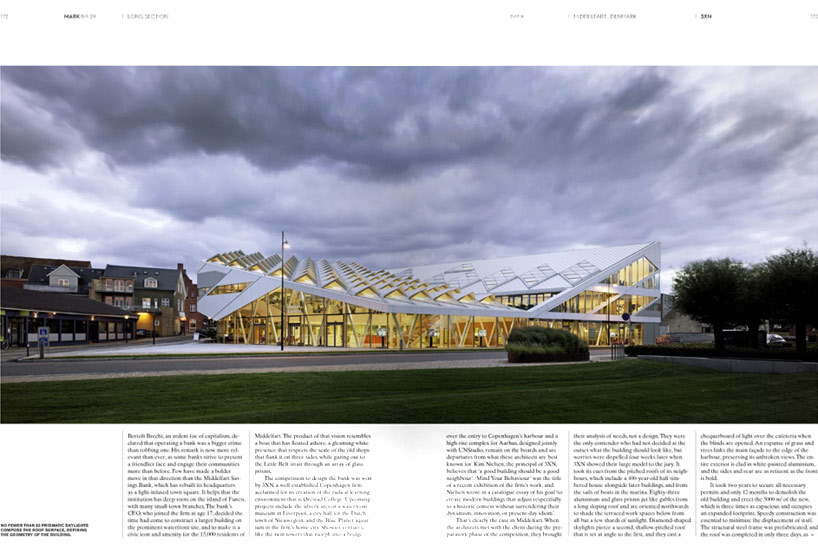 db: what is the future of MARK? MARK: trying to stay relevant and competitive by continuing to make a fresh, surprising, critical and beautiful publication with a close eye on our readership. 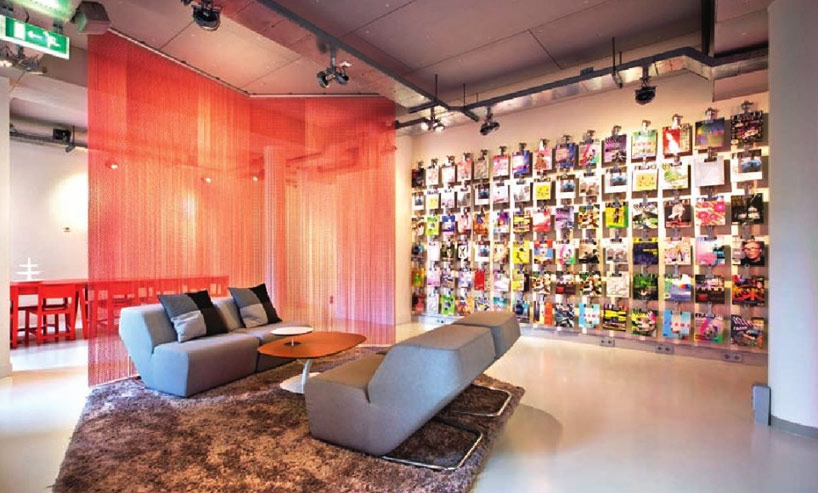 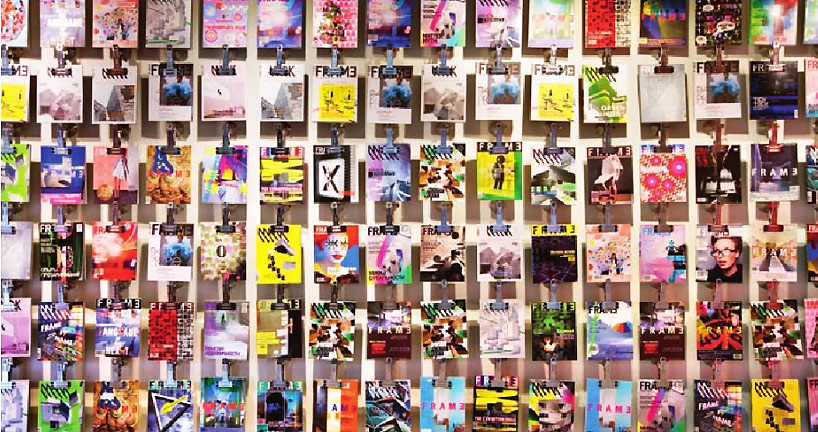 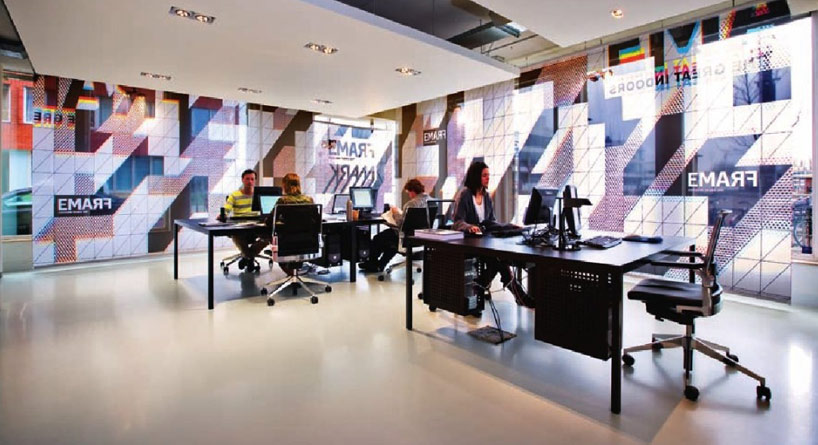 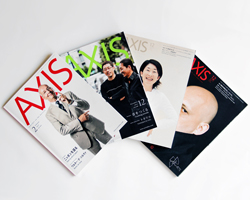 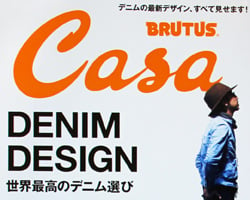 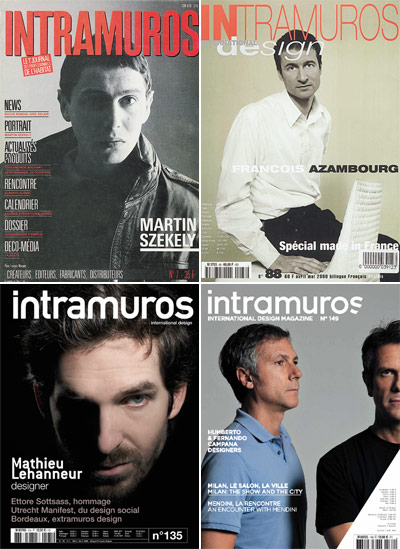