the collaboration is derived from a central, shared aim: to make architecture and art that gives priority to experience of the present, understanding that it is affected by the past, by association and fantasy.

installed within salone 1.10 of the corderia dell’arsenale, ‘piazzasalone’ assembles objects and spaces that pimlott and fretton have worked with for a long time, drawing on their own built works, and re-presenting them as figures of a place whose character is at once urban and interior, a complex of places where people can meet, be conscious of themselves, their relations to other people, places and times. 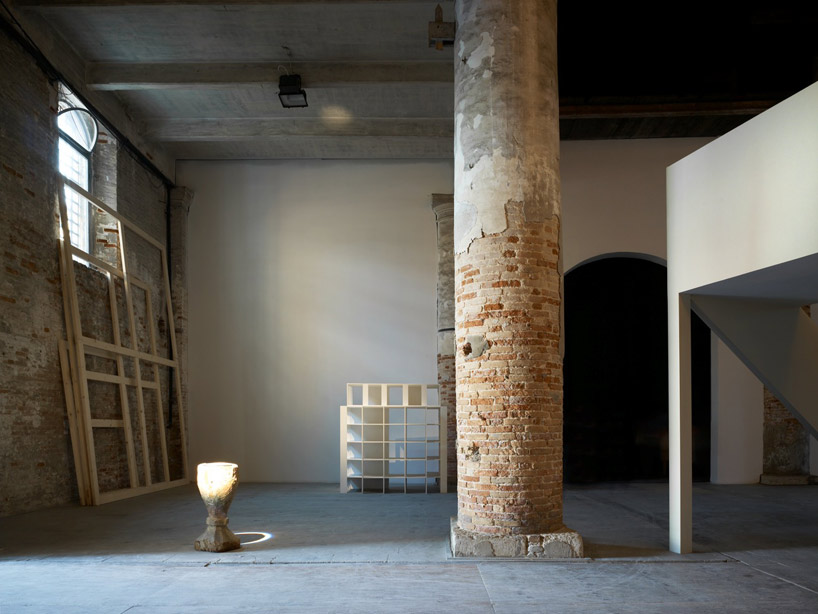 ‘piazzasalone’ unfolds in the arsenale’s setting of very high spaces enclosed by masonry walls and crowded with monumental brick columns, crowned by a dark void suggesting the nocturnal sky. here, pimlott and fretton have made a place whose character subtly shifts from the urban to the domestic through the placement and relations between representational objects. their play evokes a small, monumental piazza, and a salone grande, redolent of venetian palazzi. one’s point of arrival affects one’s idea of where one is and what things are.

from the main entrance, the viewer first encounters a street scene festooned with lights (festoon, 2010). a car (alfa romeo gt1300 junior, 1970), its interior an empty lounge, is parked in front of a loggia or monumental staircase (la scala, 2010). caught in the car’s headlights, a great pile stands in an opposite corner, as though a building viewed from a distance (lisson ghost, 2010). the place is at first like a piazza, though the presence of objects of inconsistent scale lends it an increasingly ambiguous character as one moves through it and the installation. 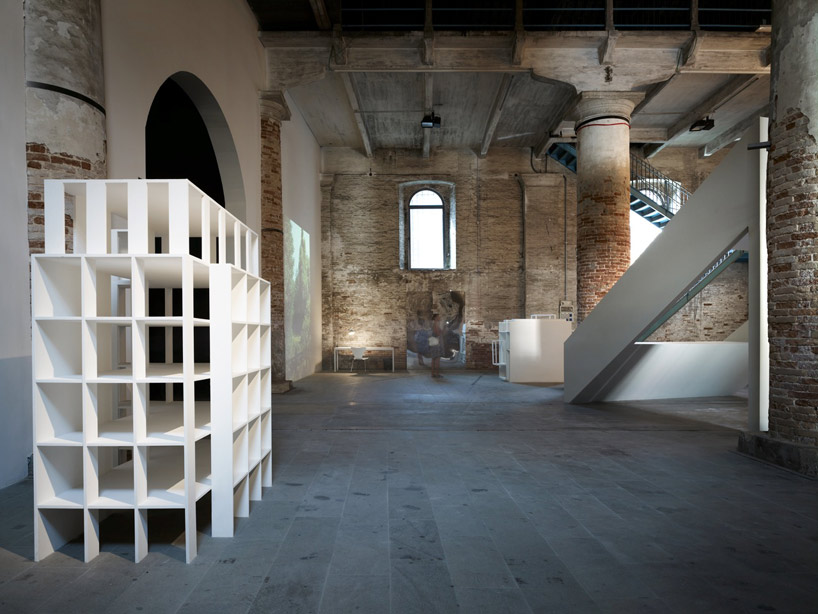 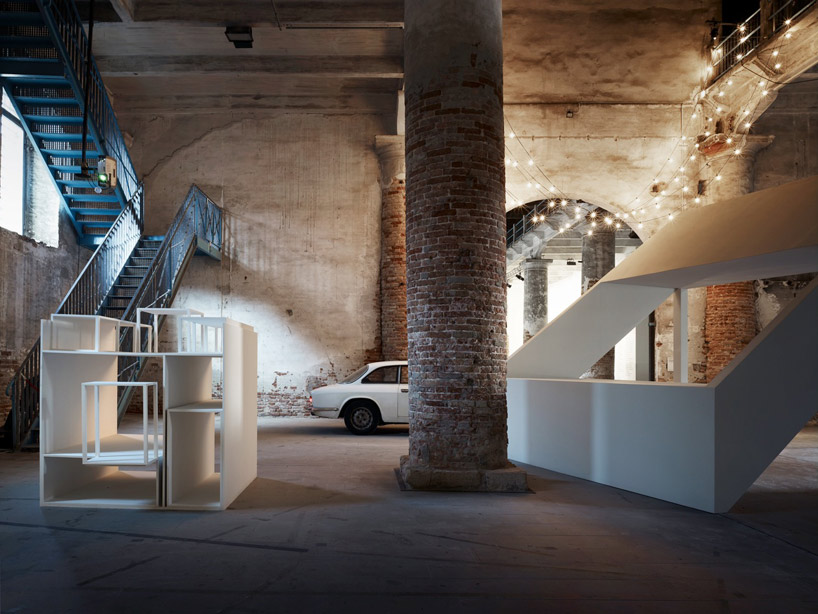 in one instance, lisson ghost reverts to being a simple rack of shelves, and the piazza briefly assumes the guise of a chapel, la scala becomes a baldacchino, inflected by a diminutive, archaic basin (font, 2010) caught in a beam of light. its tiny pool casts shimmering light high onto the walls, reminiscent of the play of light from the lagoon. tall, empty painting stretchers stacked on top of each other in another corner sketch a succession of illusory interiors, a trompe l’œil enfilade of unmade pictures (trompe l’œil, 2010). standing next to them is what appears to be a large, empty bookcase that looks like a building (tietgens ghost, 2010).

one carries on: the space is now a room, a private interior. an image of the dense foliage of trees, their branches swaying slightly in the wind flickers on the wall, suggesting a window to another place (trees, 2010). a pale object stands nearby, its volumes empty, apparently looking at this image, waiting (red house ghost, 2010). a desk sitting in a pool of its own light (architecture as performing art desk, 1986/2010) is an intimate refuge turned to the wall. next to the desk, another opening reflects the viewer, and pictures him to himself, situating him within the places through which he has moved (mirror, 2010).

on leaving the installation, the viewer turns, and looks past the furniture to the waiting city, through la scala to all the players of the scene, before returning to where he began: to its lights, its movement, its fantasy. 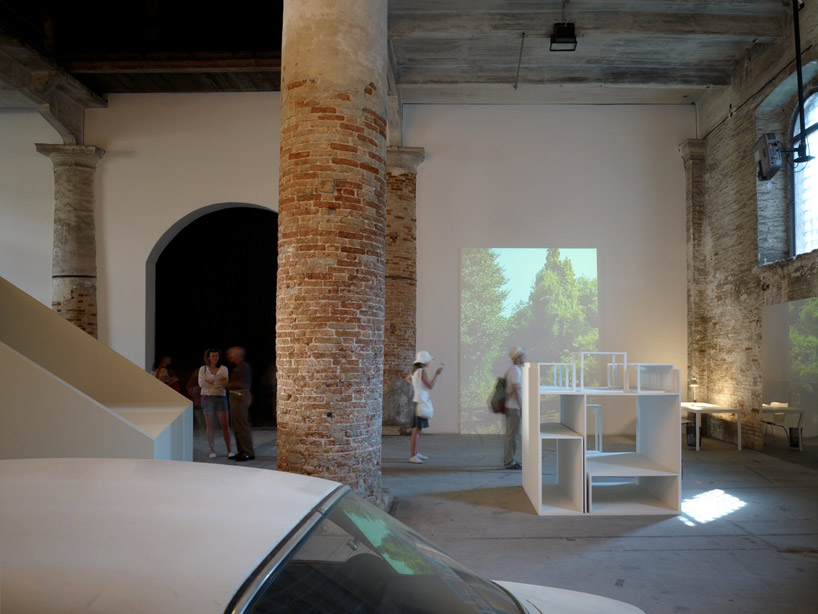 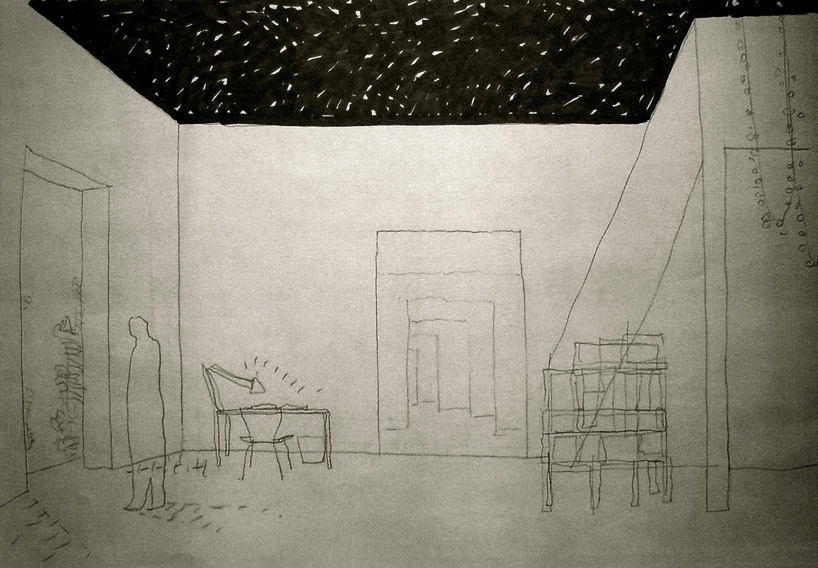 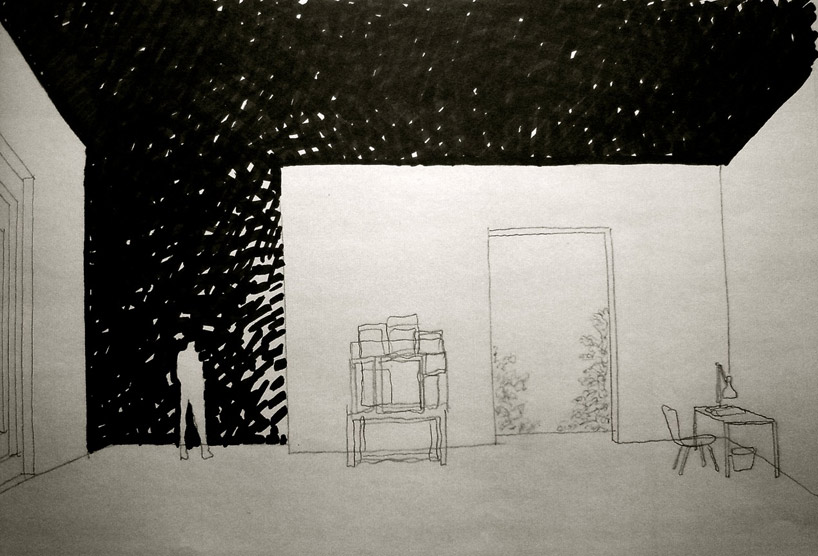 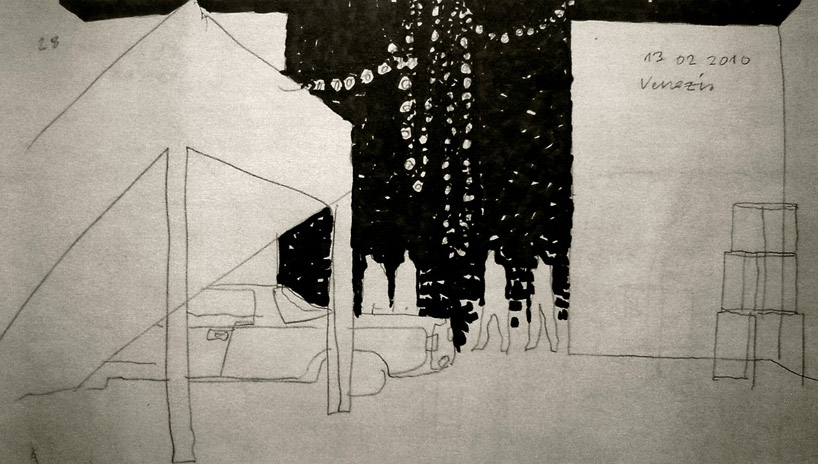 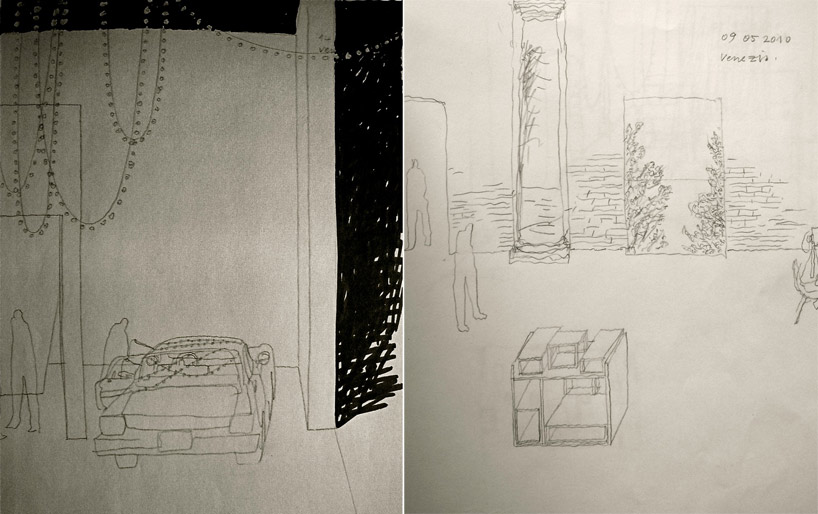 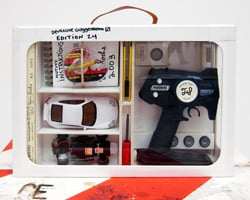