netherlands based studio, marlies rohmer has created ‘fusion’, a multifunctional cultural center in amsterdam’s transvaal neighborhood. inclusive of both turkish and moroccan cultures and activities, the facility – which provides prayer spaces and classrooms for each organization – aims to create a new iconography, synergy and cultural language by merging the two communities.

two separate doors provide access to the defined areas but act as subordinates to the more communal and assertive main entrance which encourages and enables interaction between the two parties. a central stairway extends from the main lobby, connecting each level and merging the two cultures together even further. 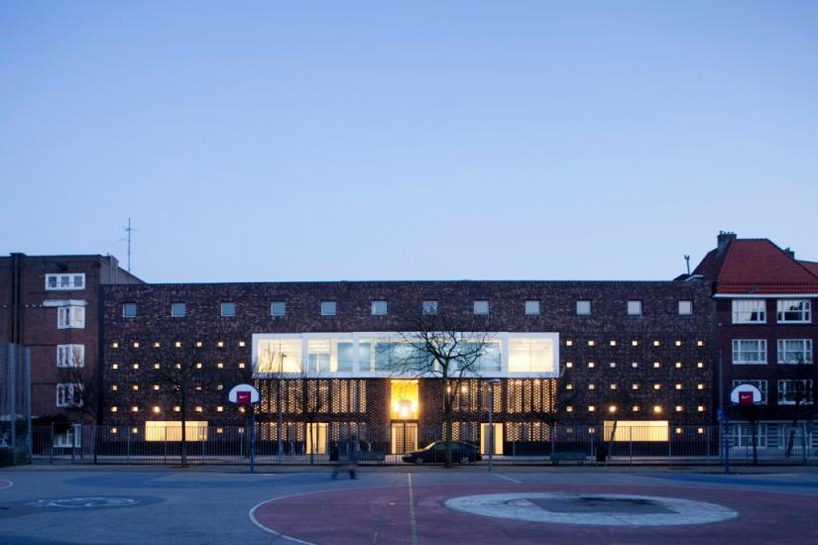 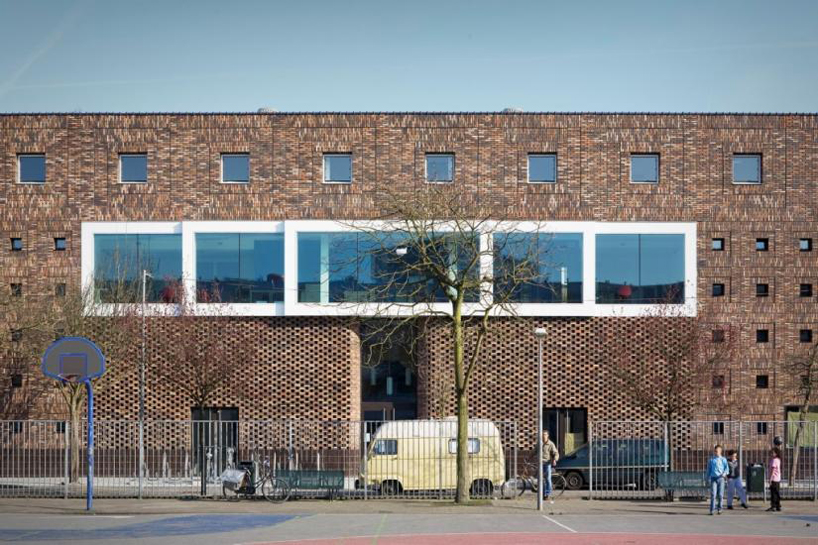 simple and flexible in its design, the main floor accommodates various program requirements that allow the space to be used for multiple functions as required. each subsequent floor features a symmetrical plan that divides the turkish and moroccan organizations equally. 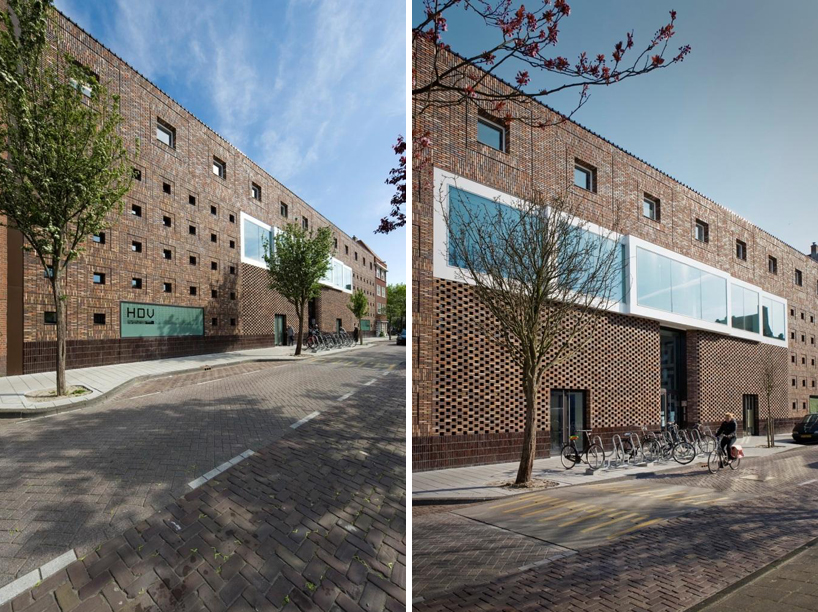 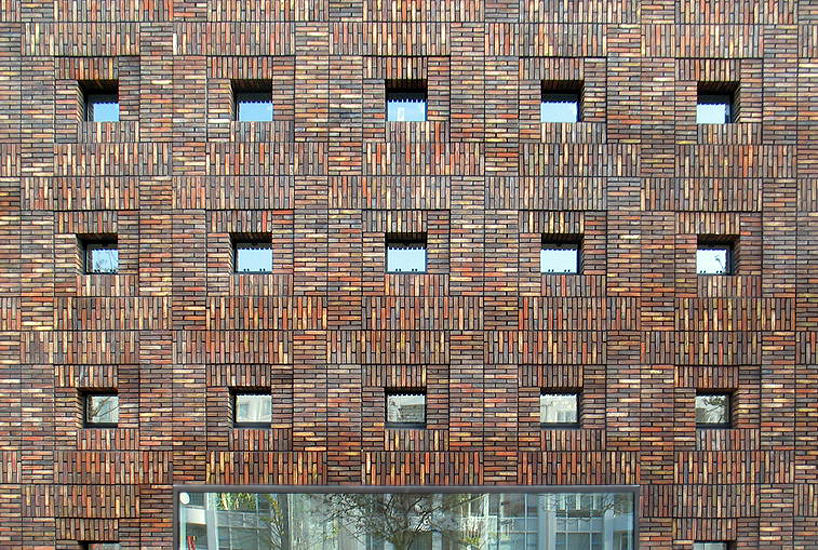 arabic aesthetics and geometric brickwork motifs form a type of hybrid architecture whose exterior does not immediately betray what happens within the facility. modest clay bricks create a varied facade whose surface transitions between permeable walls and sections of solid repeating patterns. inside, turkish and moroccan patterns line each respective space, creating traditional environments within the more contemporary shell. 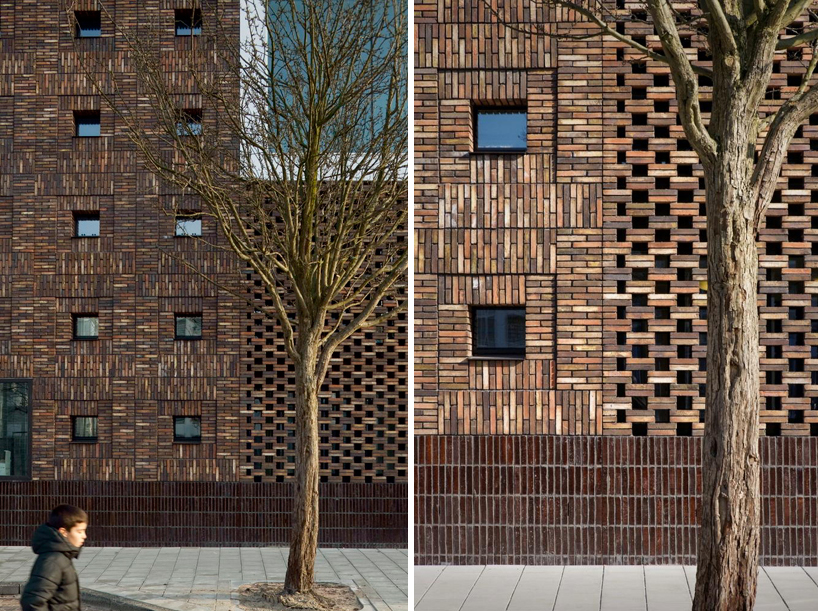 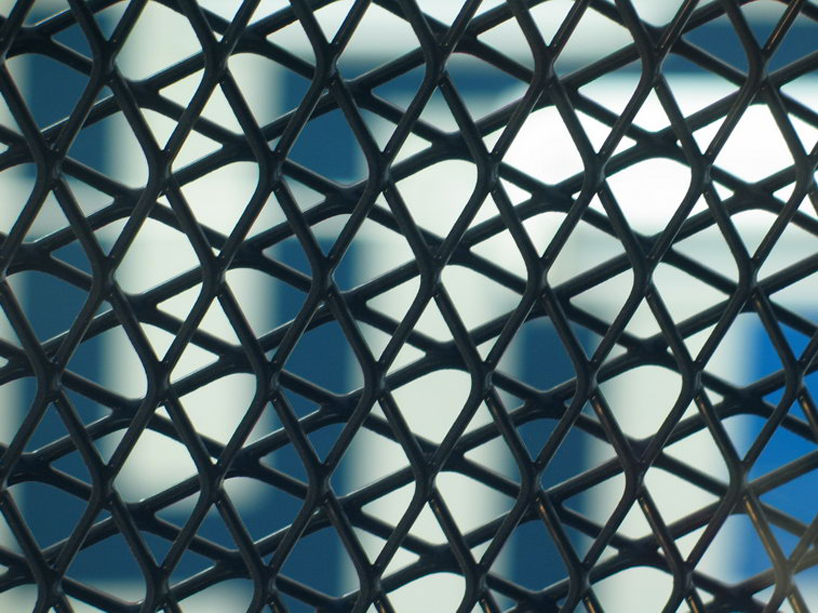 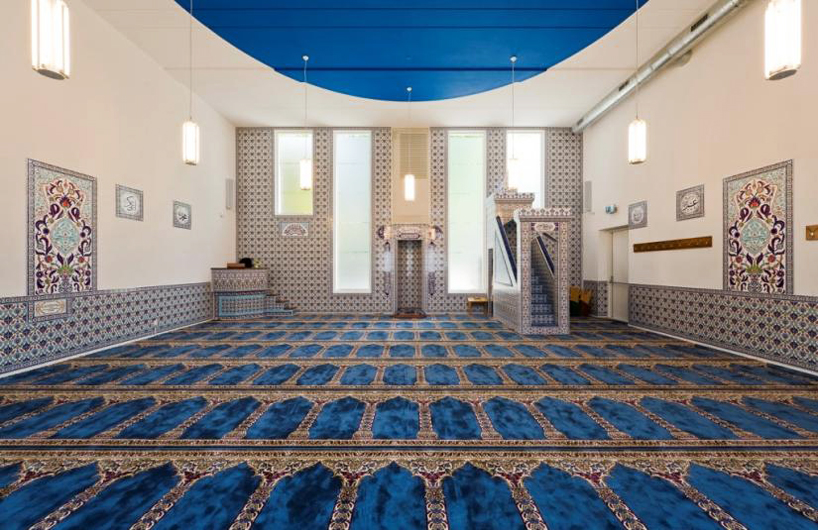 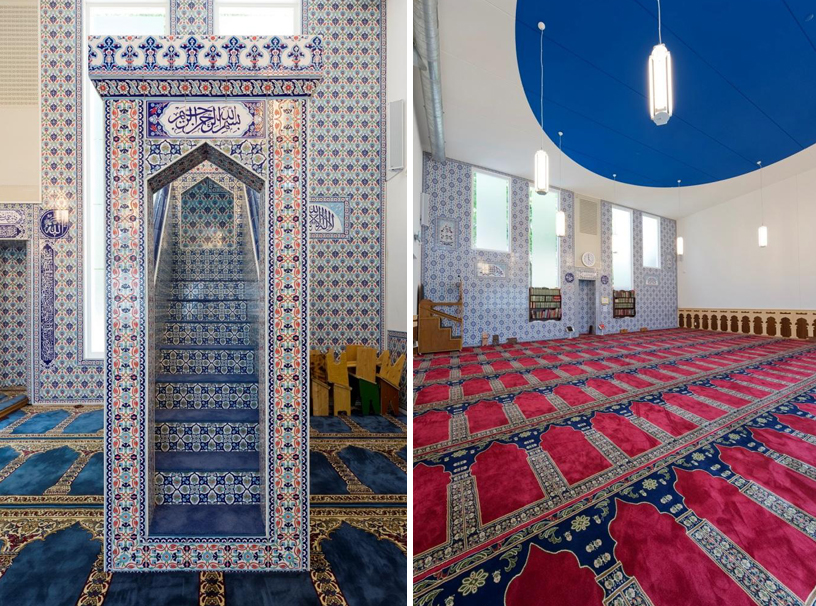 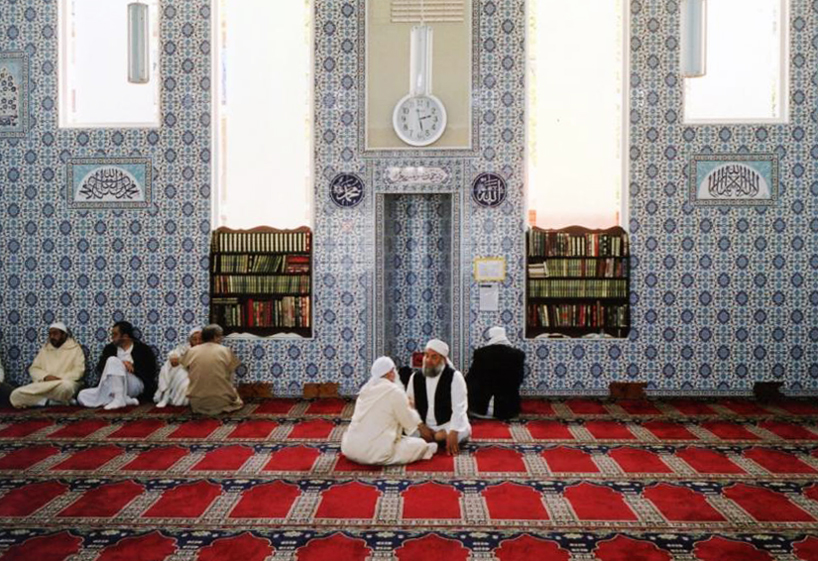 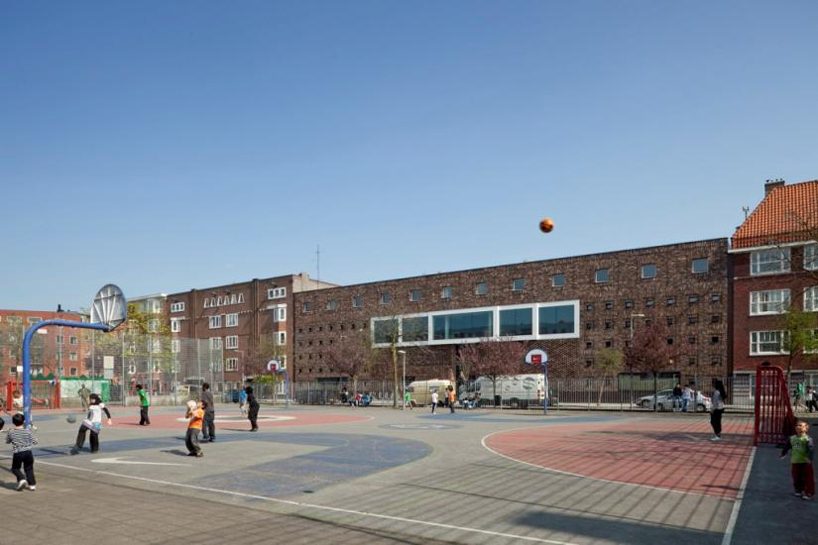 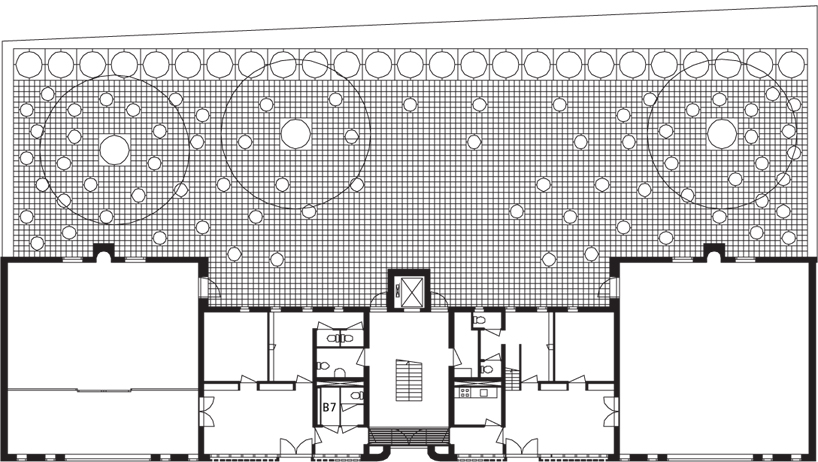 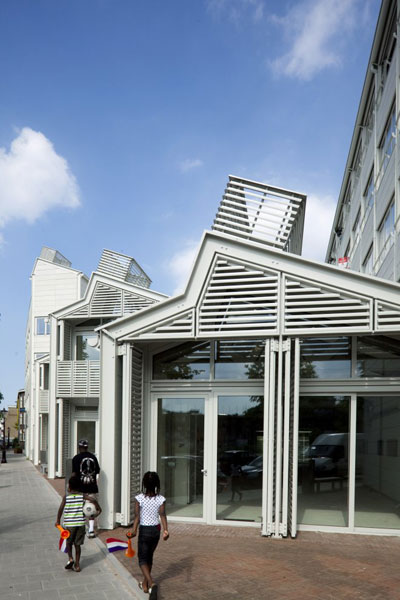 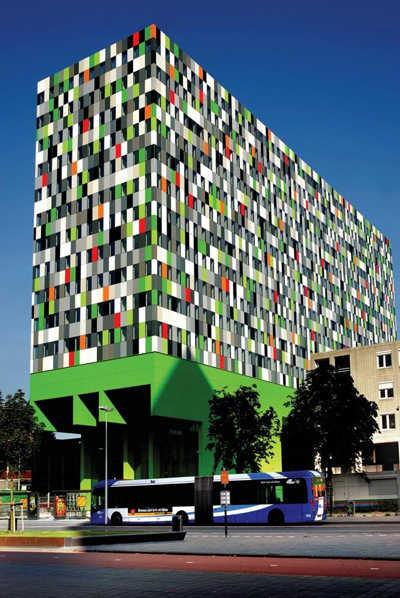