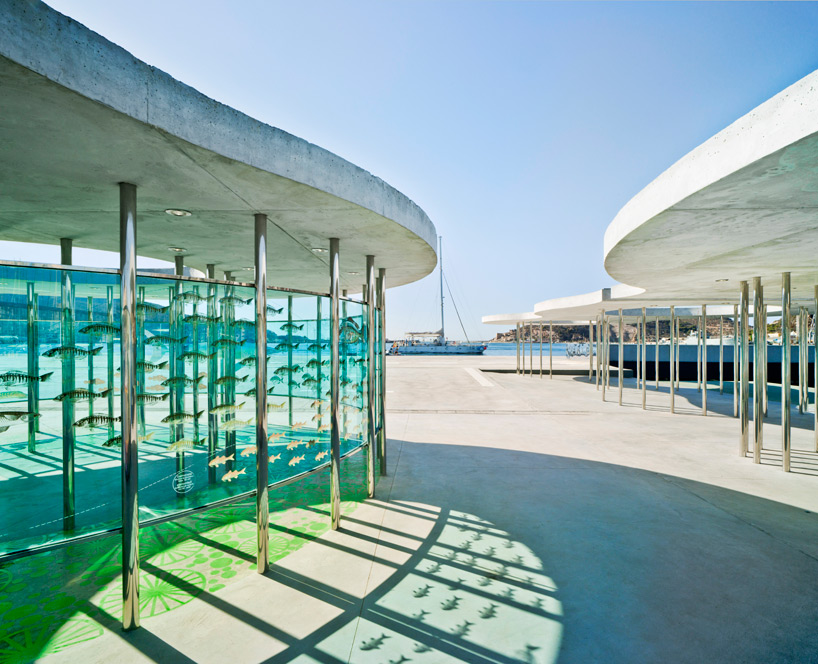 in the port of cartagena, spain, a cruise terminal extension by spanish architect martin lejarraga gives awaiting passengers an open-air pavilion with panoramas of the sea. transparent enclosures allow views towards the ocean with connections to the terminal, acting as a door to the city’s monuments including a roman theater, isaac peral submarine, castle, wall and panoramic lift. visitors may stroll, play and enjoy the public space under a protective roof. the top surface serves as a canvas, featuring a mosaic of ceramic tiles with a seabed image which may be viewed from the decks of the docked ships. beneath the shading canopy, benches wrap the circular rooms to form seating for a classroom, with graphics of schools of fish imprinted on the glass walls. thin pillars define clusters of spaces shielded from the sun including a tourist area and port authority. marquees and temporary elements may be displayed along the esplanade. 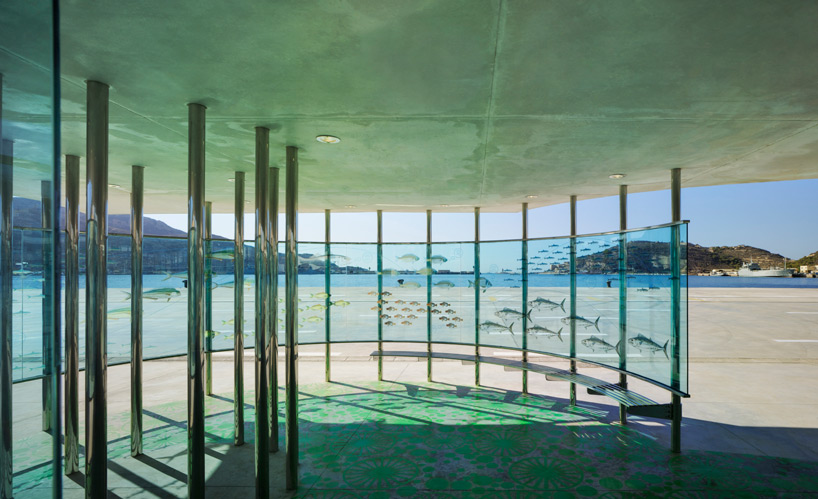 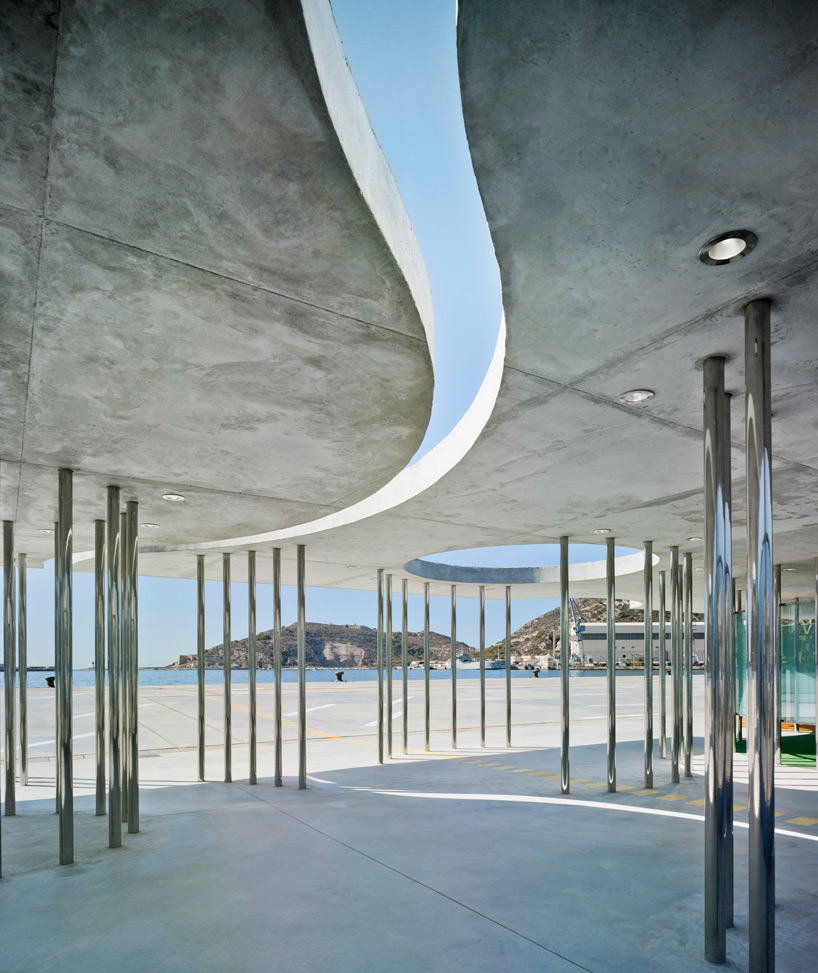 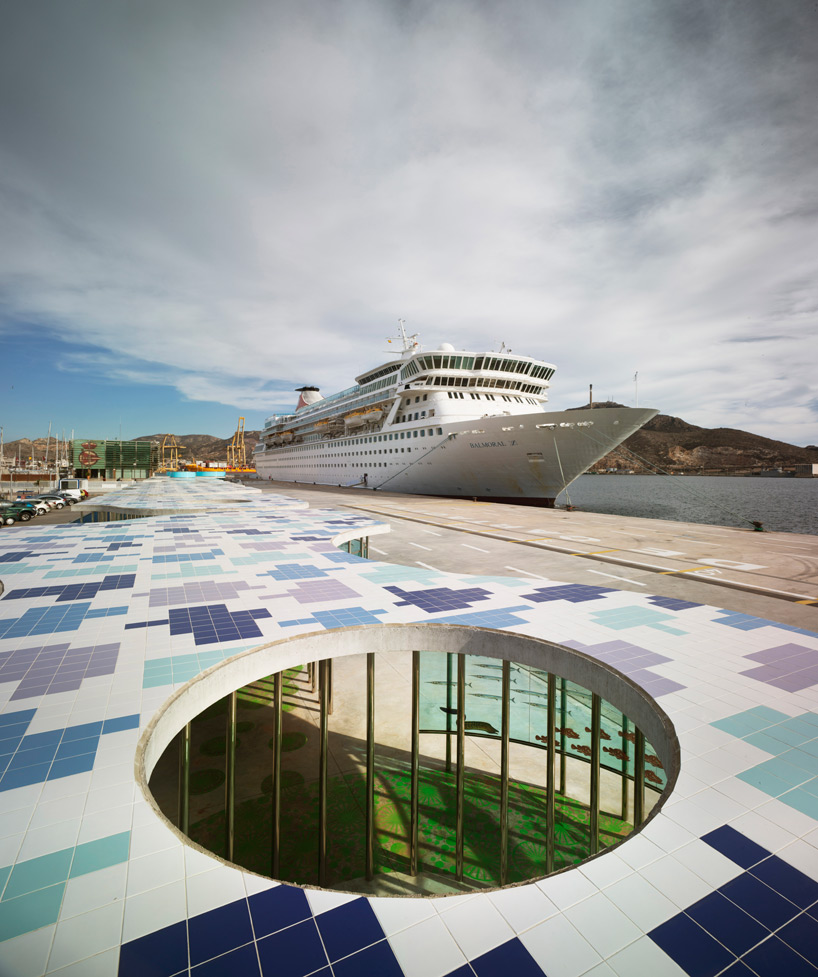 view of pavilion from the cruise ship
image © david frutos 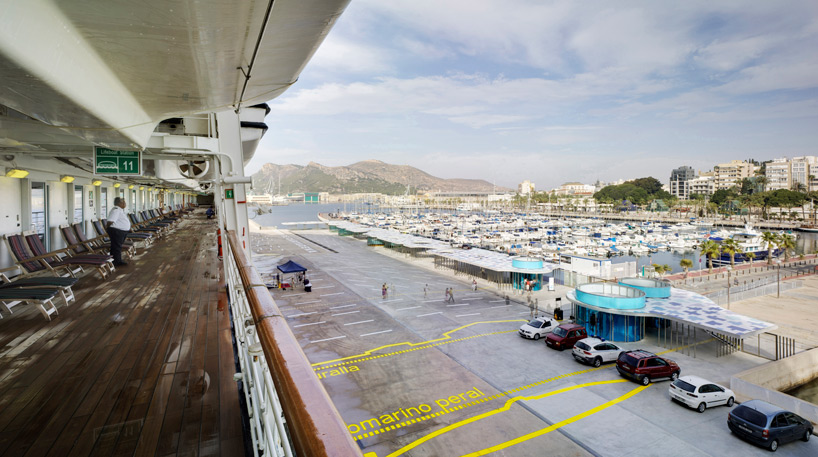 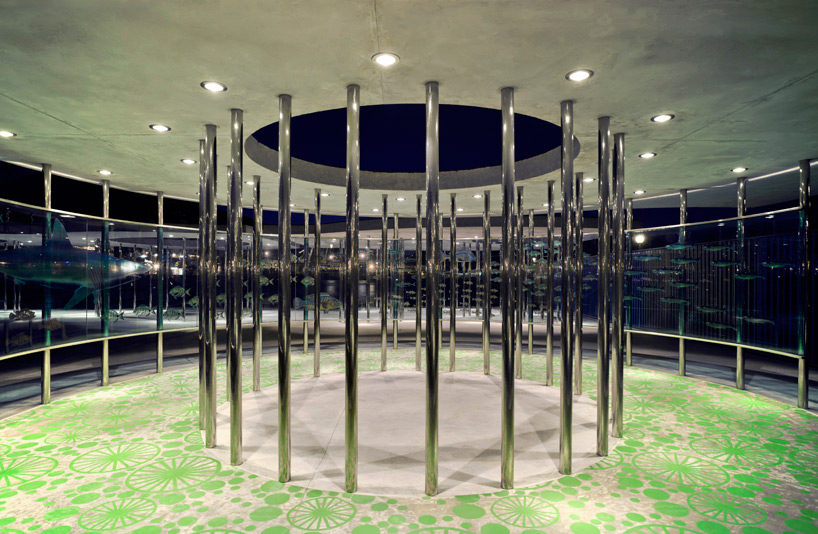 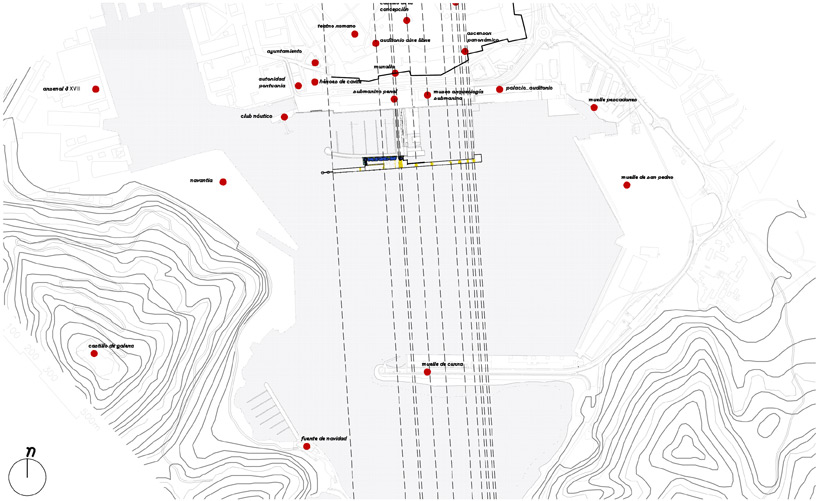 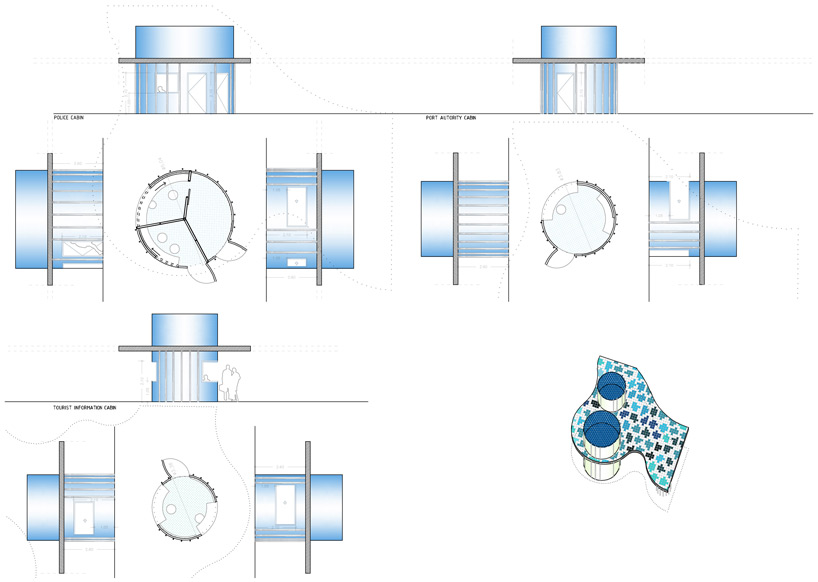 plans and elevations of rooms 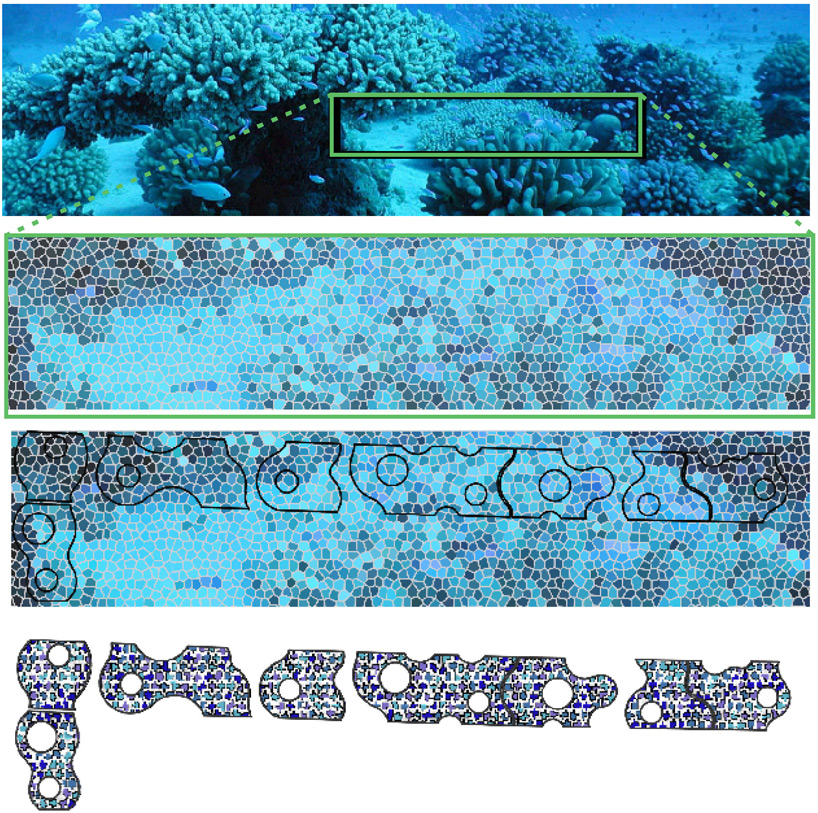 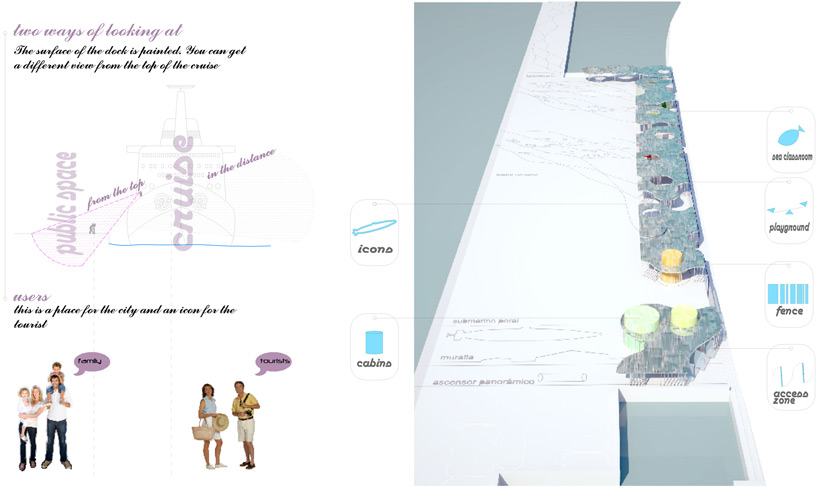 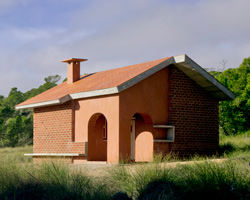 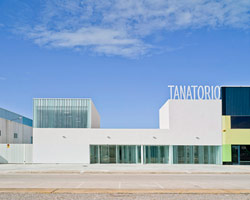 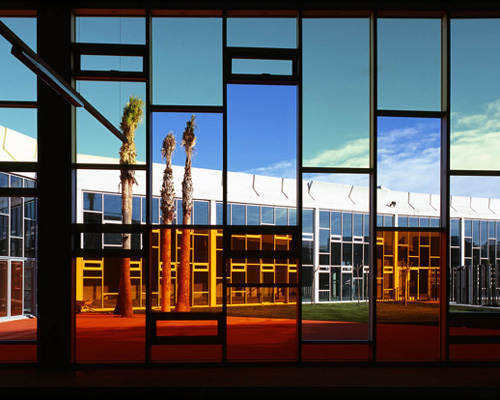