while museum’s were traditionally intended as contemplative spaces, the solomon r. guggenheim museum has become in a sense, a victim of its own success, as a result of human movement being congested within a singular space along frank lloyd wright’s quarter-mile-long spiraling ramp around an iconic void.

‘contemplating the void: interventions in the guggenheim museum rotunda’ is an upcoming exhibition at the guggenheim in which 250 artists, architects and designers have been invited to imagine their dream intervention within frank lloyd wright’s rotunda.

art trap by mass studies is their proposal for ‘the void’ in which they would like to to restore the museum’s environment into a place conducive to experiencing art and to maximize and heighten other experiences brought about by the iconic status of the guggenheim itself.

they began by challenging the singularity of the space, separating it into two components which have different spatial qualities and purposes. the introduction of a third element will interrupt the visual link between the central void and the ramp. it will block the view of the void as well as the movement around the ramp, protecting the spiraling environment from the visual noise of the rotunda and focusing attention toward the peripheral walls and the art work. this separation would act as a trap – forcing a pause, something which was not considered by wright, who had imagined a space defined by tireless motion. the shielding element is composed of 180 saddle-like seats for pausing and viewing the rotunda, and which protrude into the void along the entire ramp. each seat can be accessed by different ladders arranged between the floor and the ceiling over the guardrails. each of the 90 ladders accommodates two cantilevered seats, that are angled gradually as they ascend, providing a view of the central area at ground level that functions almost like a stage – a hybrid between opera house and arena. the 180 protrusions are draped with a single, soft, translucent membrane which functions as a safety net. pop-out pods, about 60 cm deep each, contain seats and are positioned throughout this membrane. each pod has five openings for the head and limbs, making the membrane much like a garment that can be worn collectively by 180 people. this creates a tactile intimacy to a collective experience which would normally only be visual.

this separation will provide two radically different scenes. the first is of 180 spectators who have become spectacles themselves, performing as part of a living baroque ceiling sculpture, resting / observing the view across and below, suspended in the void. the other is the posterior view of the 180 individuals: still, resting, motionless, limbless bodies strung sequentially along the ramp as if they were works of art, hanging opposite the art displayed on the walls. 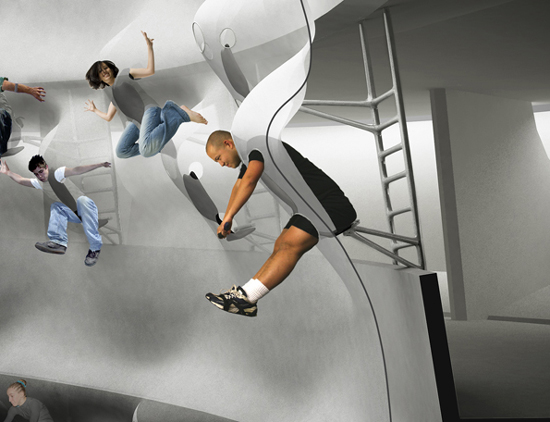 each pod has five openings in which one can put their head and limbs through, hanging over the rotunda 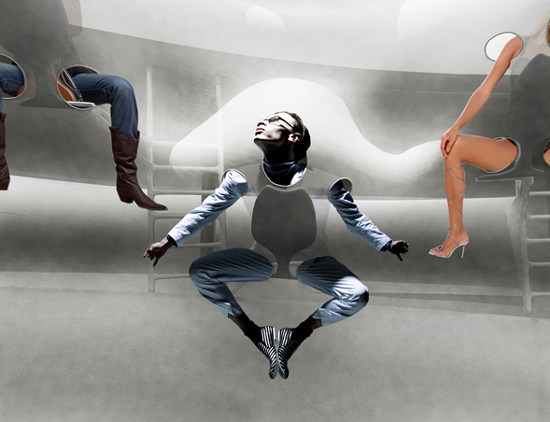 view from within the rotunda 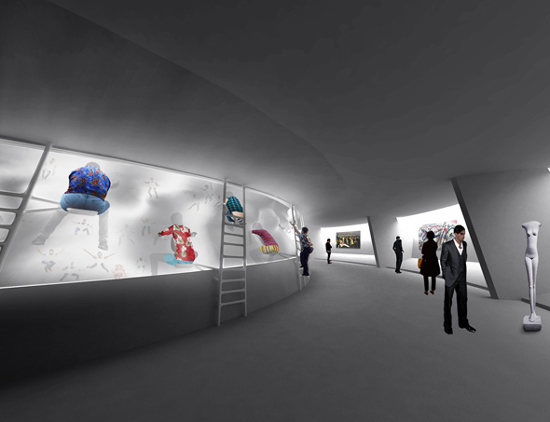 view from the ramp 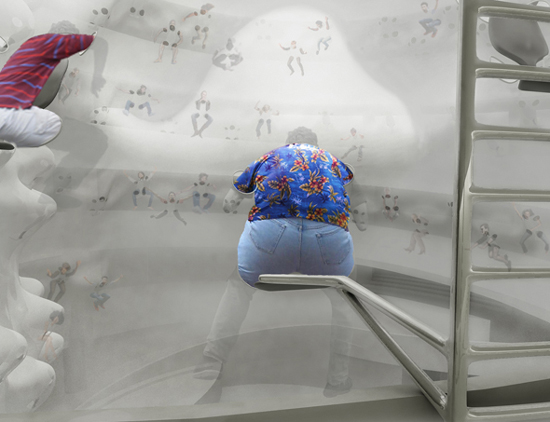 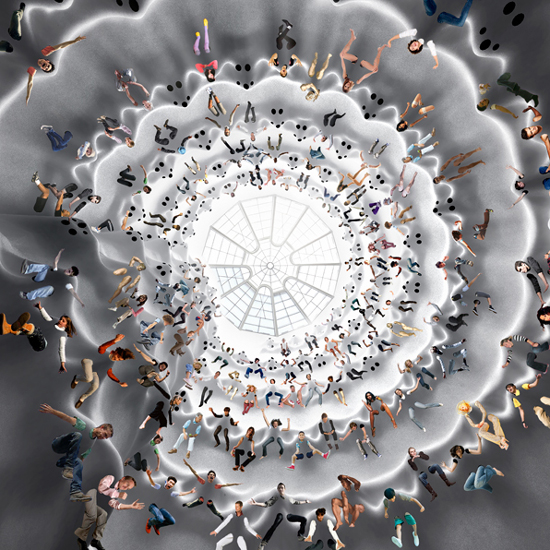 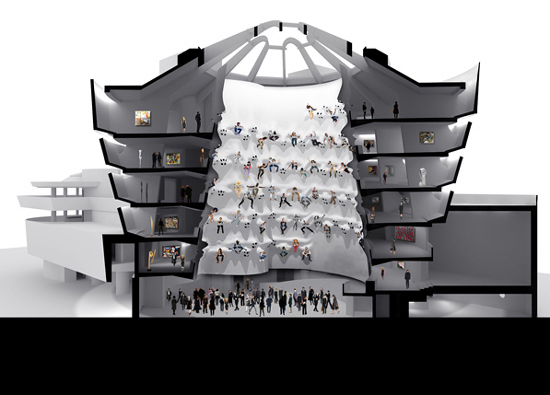