all images courtesy of mass studies

the product of a collaboration between the inquisitive korean architecture firm mass studies and seoul-based interdisciplinary artist jeonghwa choi, ‘flower cushion’ is a project that occupies the culturally complicated space between mass production, urbanism and definitions of contemporary society. choi’s original sculpture ‘you are flower’ is made of monochromatic domestic hardware, continuing a series of floral-form works that use the artifacts of everyday life and korean kitsch to honor the intangible beauty of nature while understanding it’s variously successful integration into urban culture. the output of a consumer-based environment, choi posits, is stamping out the aesthetics of the unbuilt, natural world. the role of design and spatial systems in this process is further questioned by minsuk cho of seoul’s own mass studies. ‘flower cushion’ brings these ideas to the underdeck of a pilotis-raised building in a prominent technopark in bucheon city. these industry-centered complexes are becoming increasingly common in korea, for they provide massive infrastructure and facilities to fledgling local economies and businesses. the collaborative work is a proposition for a meeting, resting and performance space for factory workers. the paving-block floor is raised as if a geometric eruption gave rise to choi’s flower. the rubber steps provide optimal seating conditions while calling attention to the over-saturation of consumable and ultimately disposable objects in the digital age. 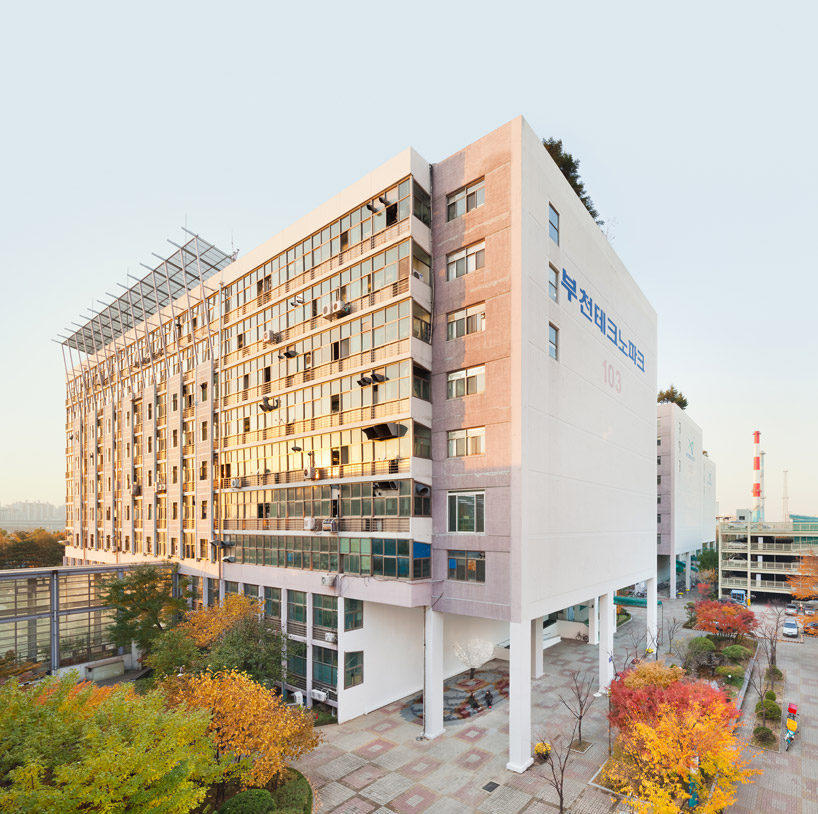 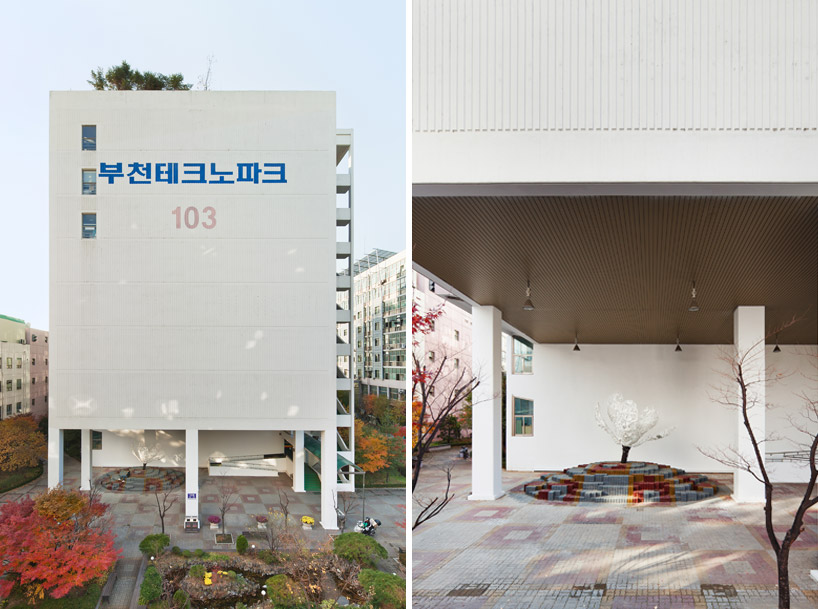 (left): context for the public work(right): the piece is framed by pilotis images © kyungsub shin 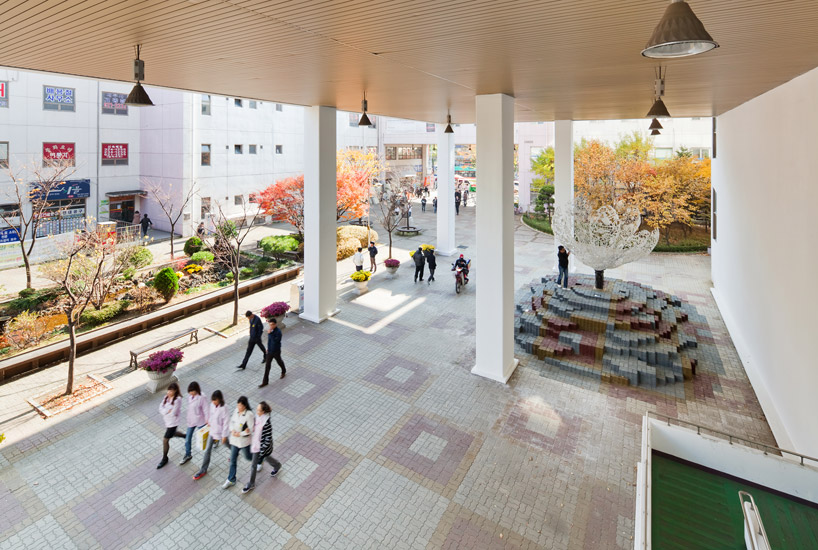 subtle in presence, the installation is meant to give respite to factory workers image © kyungsub shin 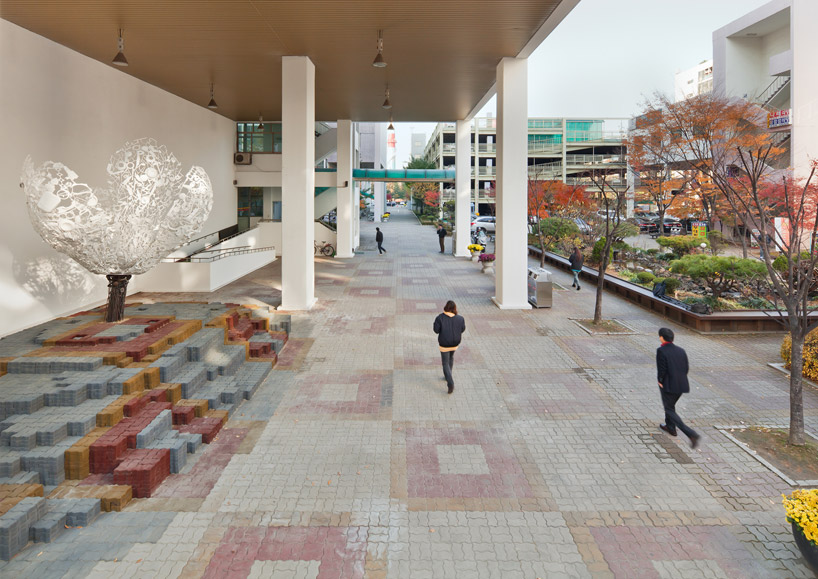 a peripheral view into the industrial blockimage © kyungsub shin 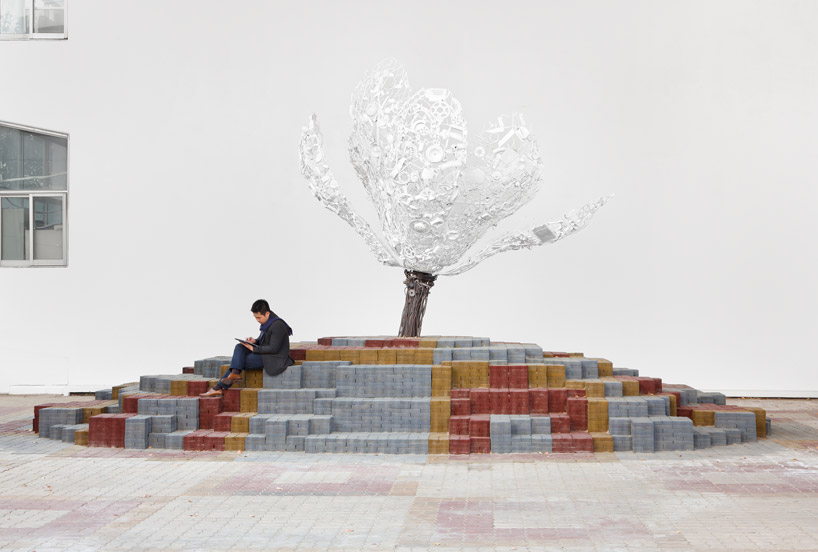 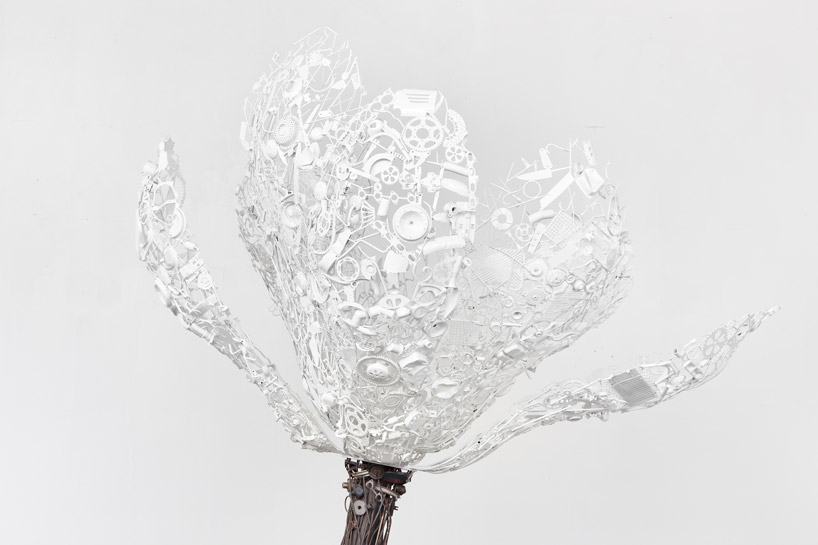 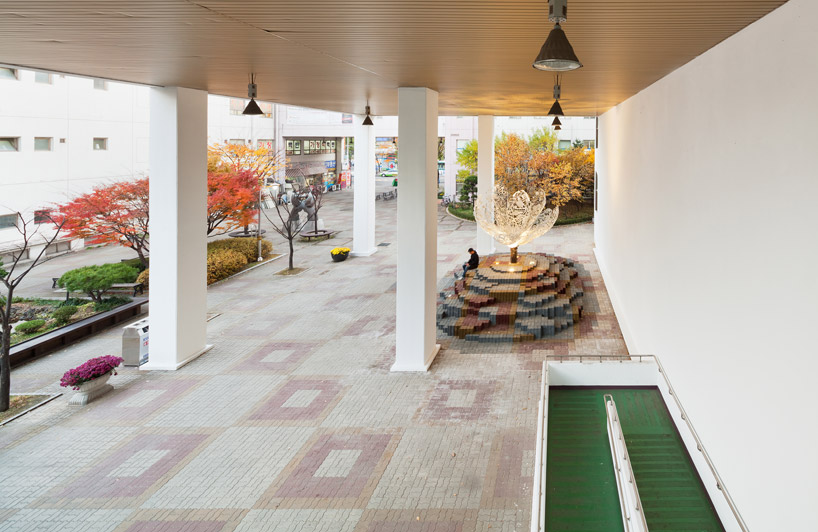 ‘flower cushion’ can be lit from withinimage © kyungsub shin 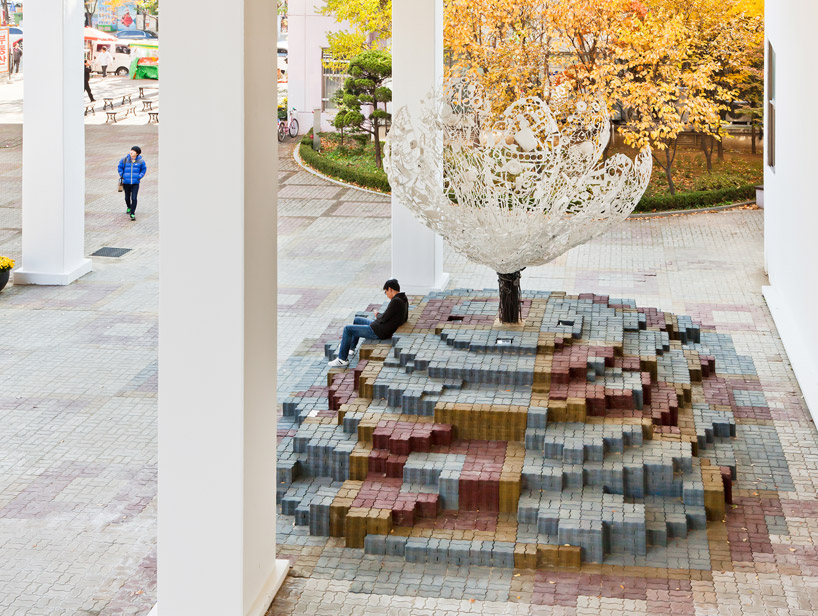 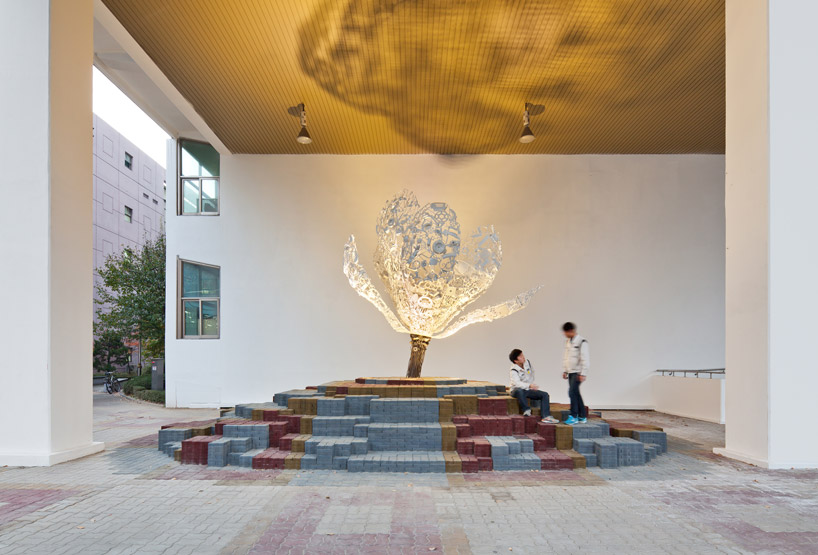 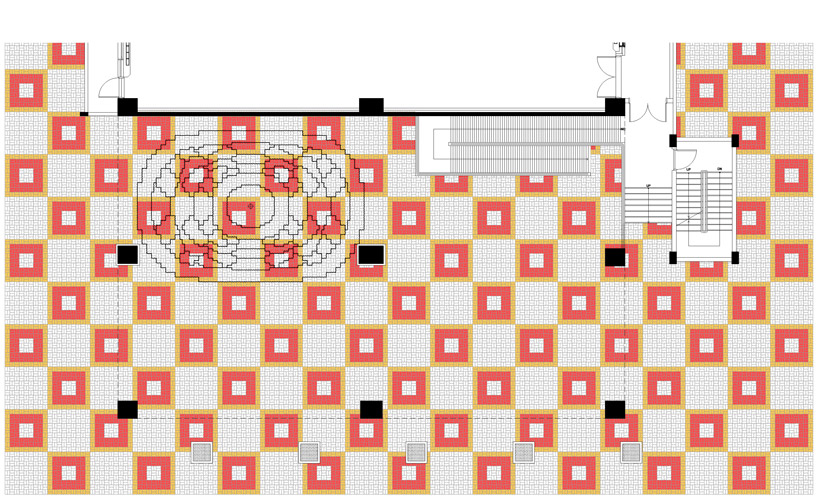 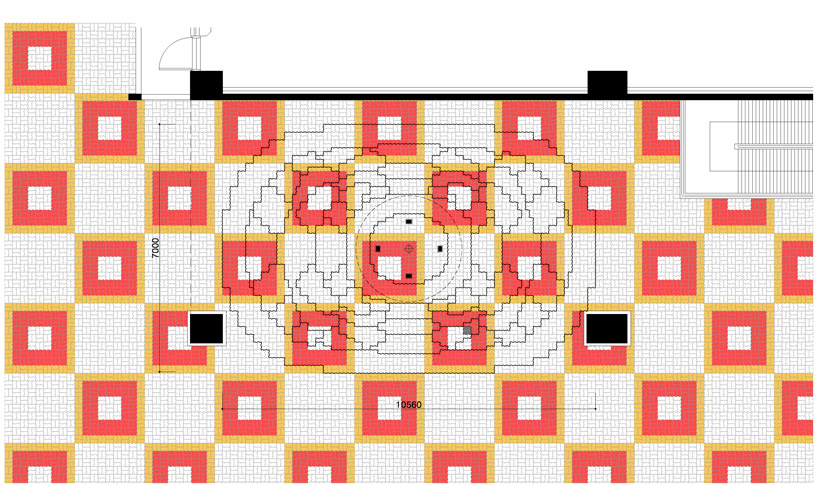 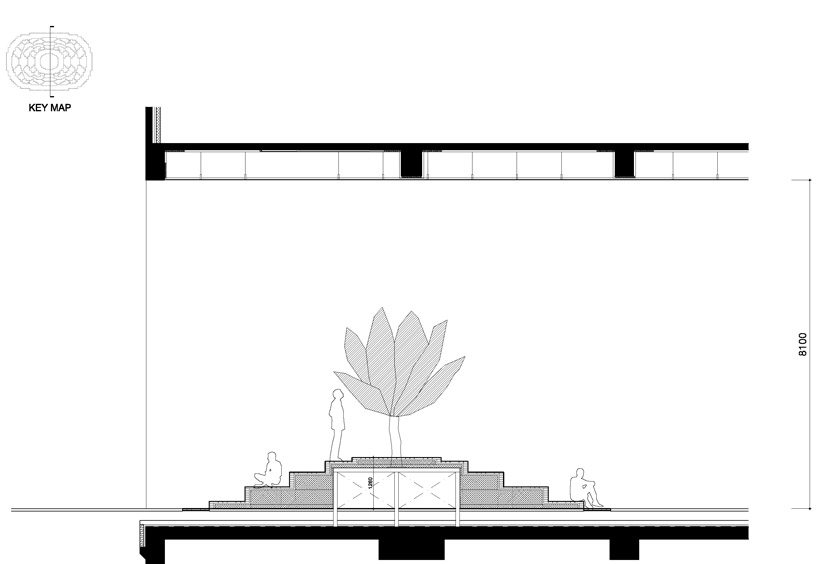 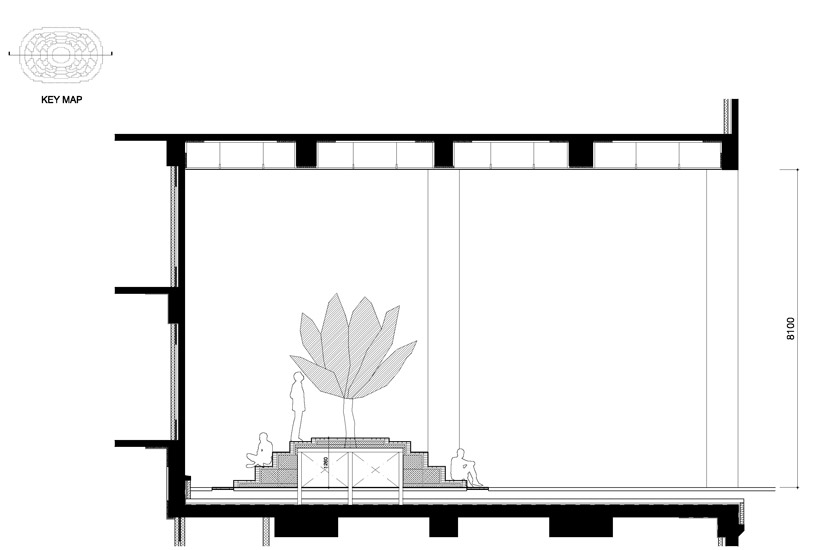 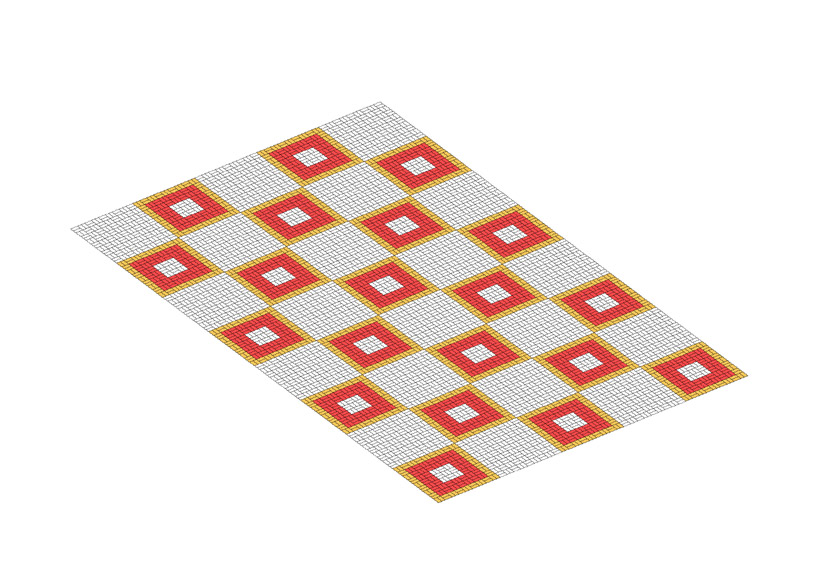 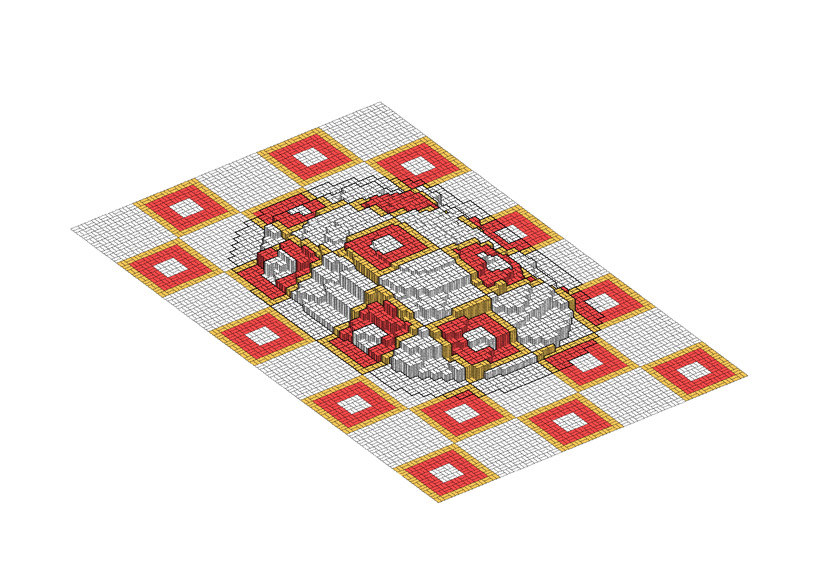 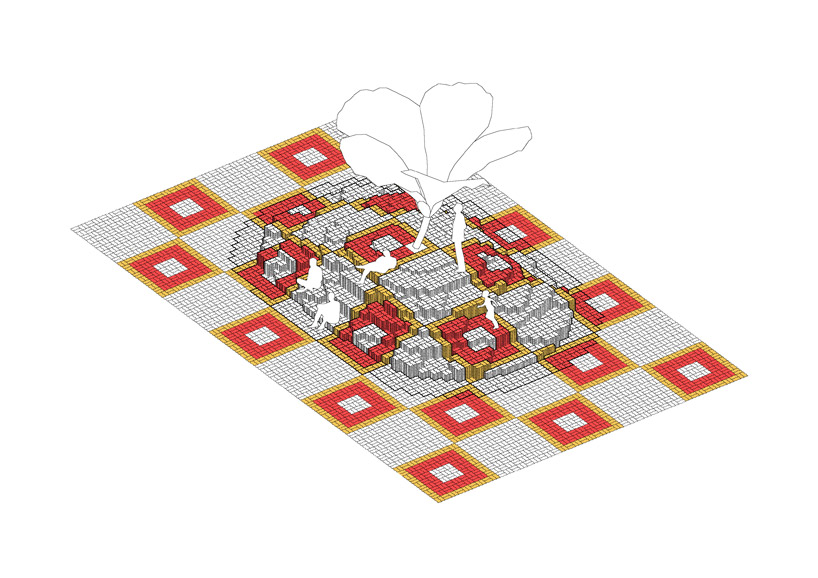 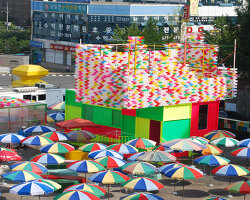 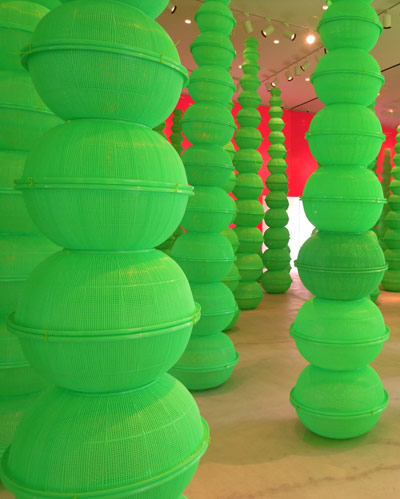