italian practice massimiliano fuksas architecture has completed ‘de blob’, the entrance building to the admirant in eindhoven, the netherlands. located on the september 18 square–also designed by fuksas–the building is a part of a larger urban revitalization project set in the historic centre of the city. the 3000 m2 mixed-use building serves as the focal structure of the masterplan.

the position of the project’s site made the structure take on the role as a natural meeting space for the public. in addition to being an iconic building, it aims to redefine in one form the city centre while connecting the bijenkorf, a chain of upscale department stores, with the old shopping district. the multidirectional intersection it sat next to gave a non-directional shape, resulting in a blobular form. 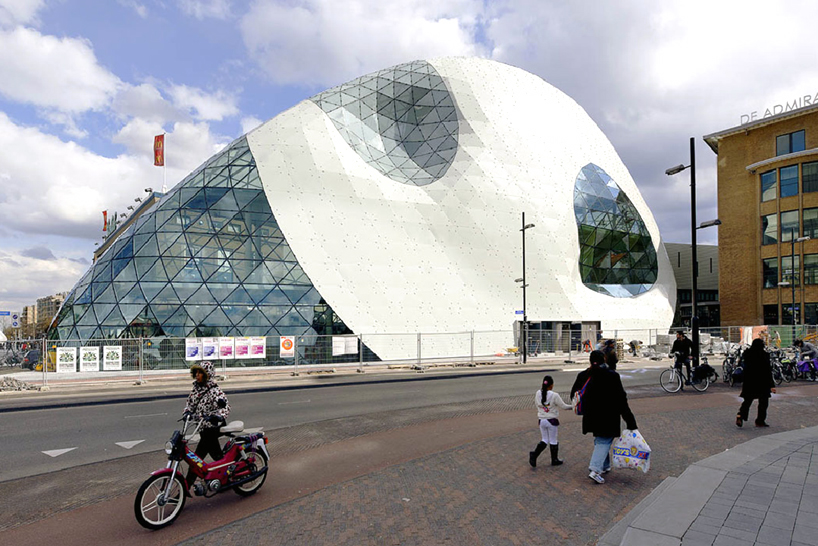 the 5-storey concrete structure is wrapped in a transparent skin constructed out of glass and steel. featuring faceted, triangular details, the otherwise smooth and curvy envelope dips in slightly to form light-reflecting dimples which also alter and play with the spatial configuration of the interior. elliptical cut outs on the floor slabs allow for natural light to reach the level of the square. 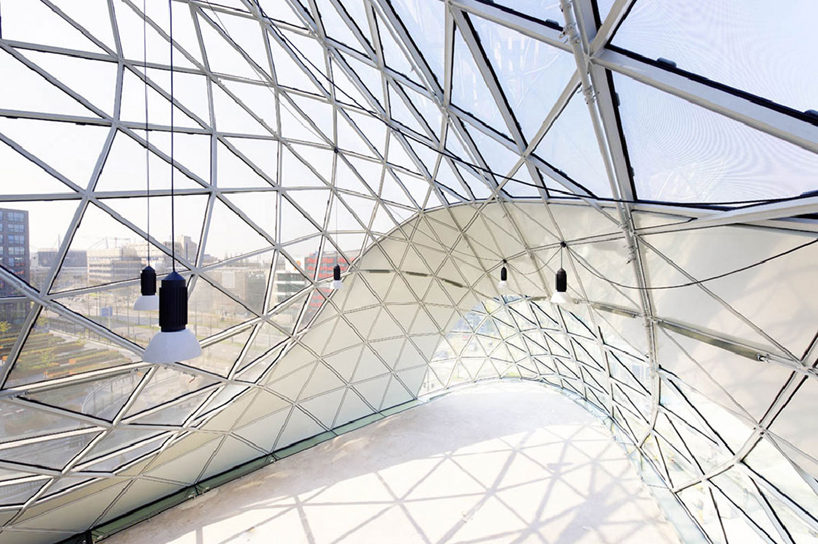 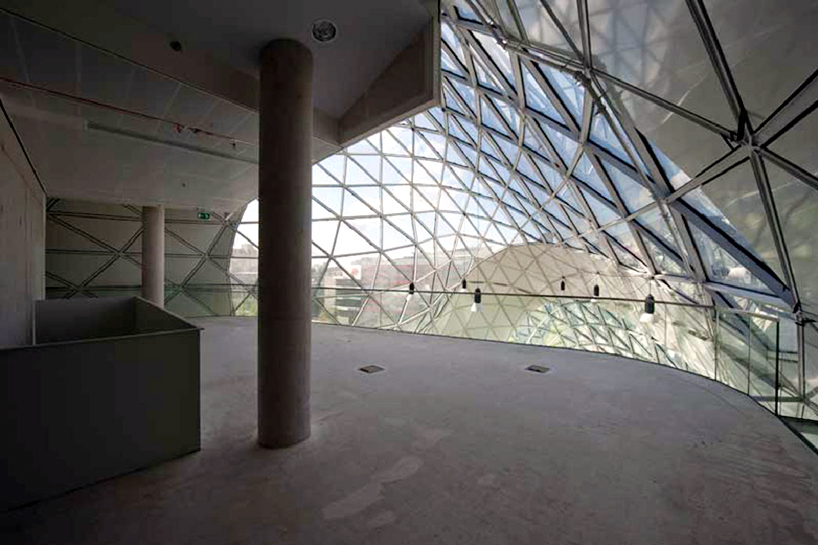 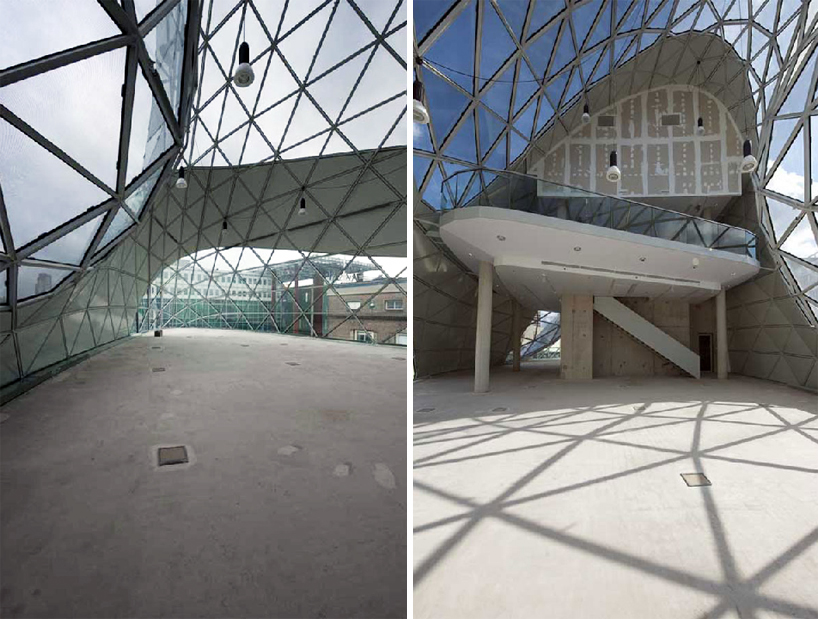 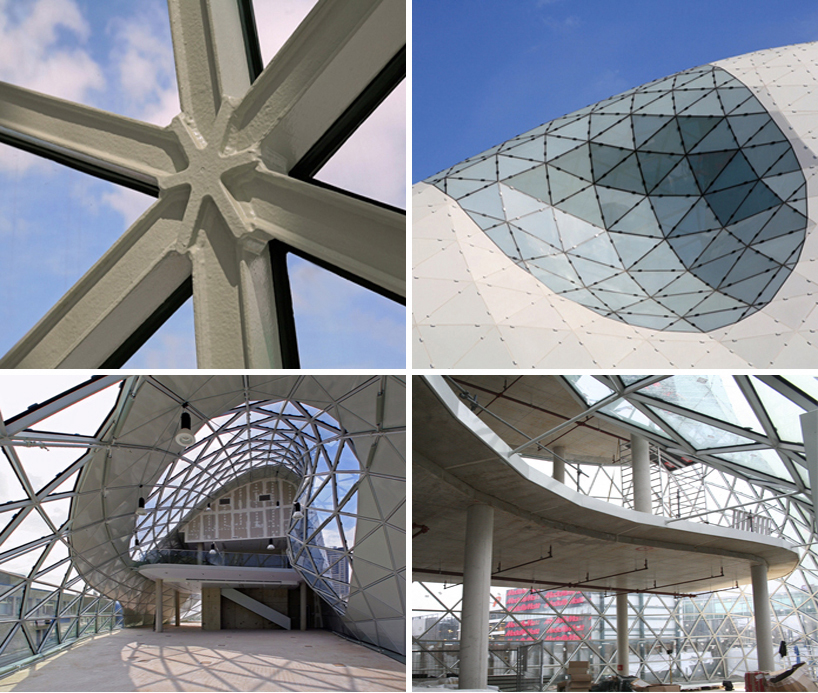 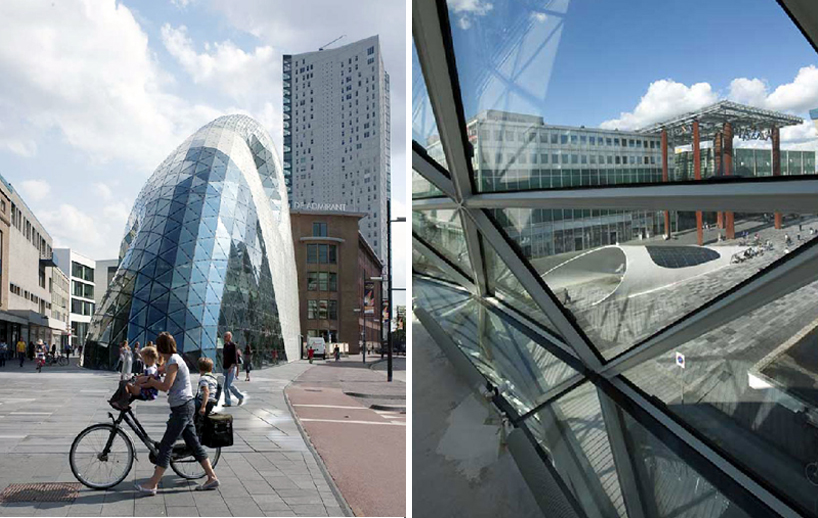 to cater to the bike-friendly city of eindhoven, yet still avoid having the public square cluttered with locked up bikes, underground parking is provided for over 1,700 bikes. to access the bicycle park below, two set of tunnels burrow seamlessly into the square, leading users down a path which is marked by an arrangement of tiles and transparent glass on the ceiling. at night, these transparent glass inserts will light up, turning the paving of the square into a luminous carpet at night. 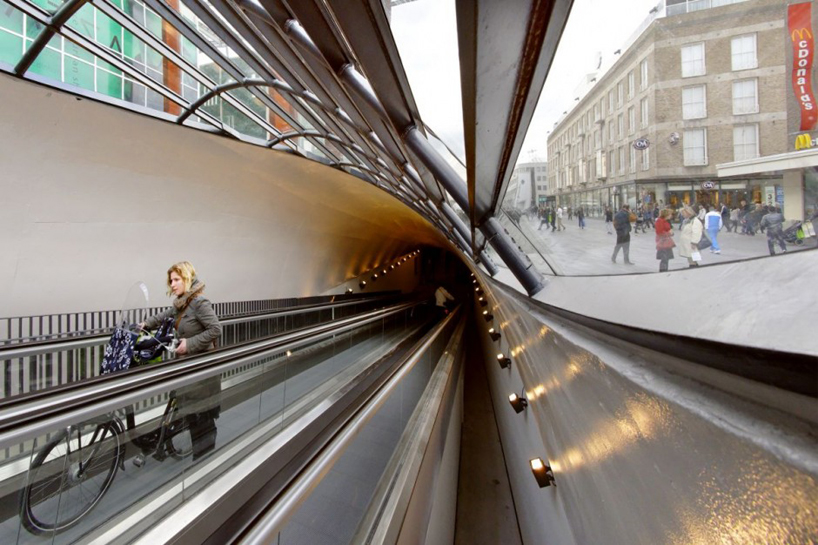 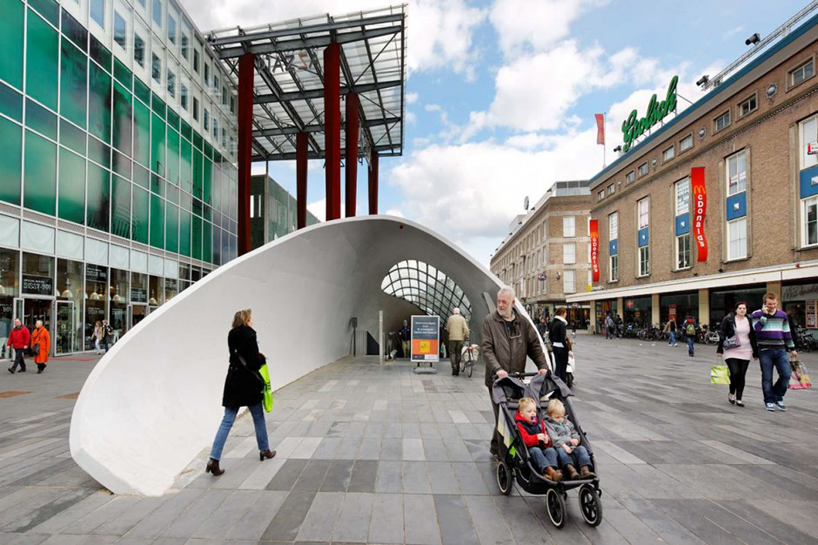 entrance on the square image via contemporist photographer: rob’t hart 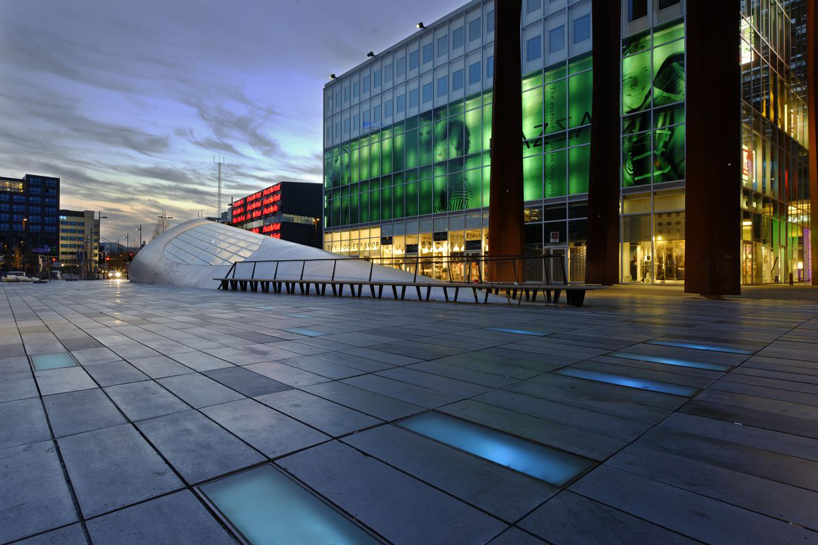 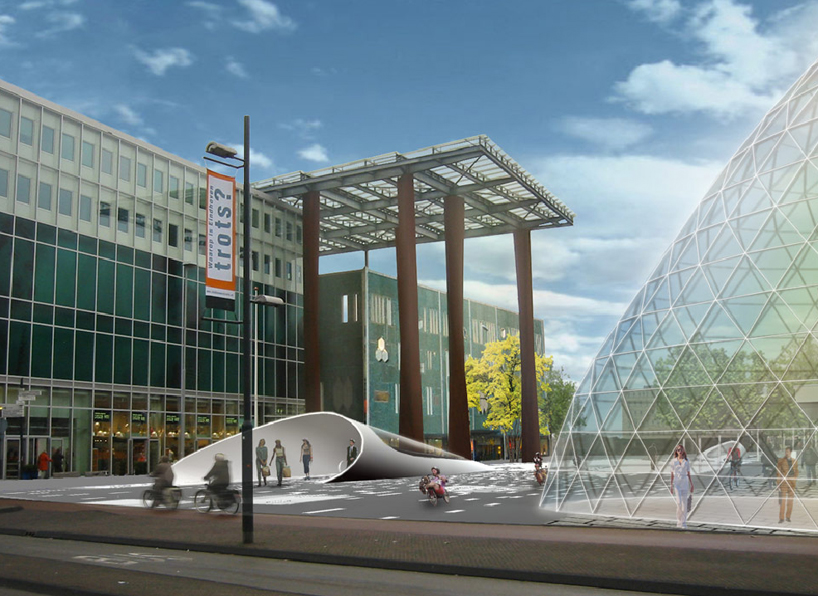 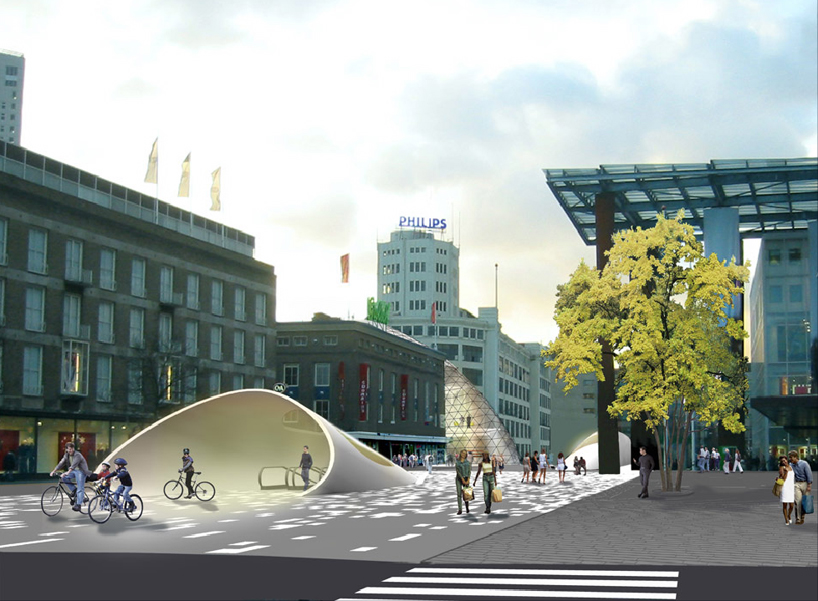 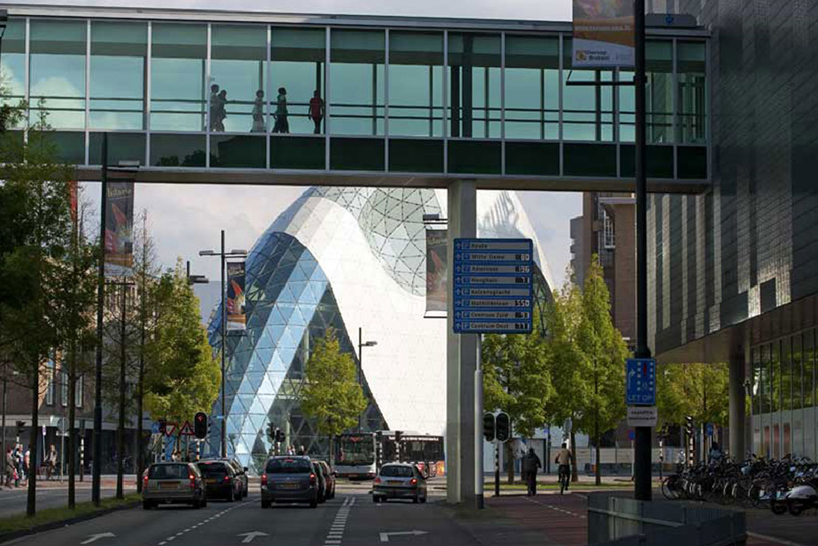 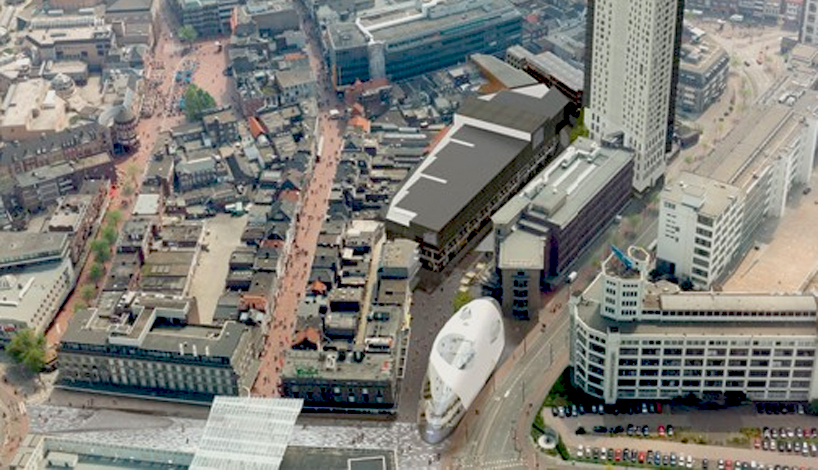 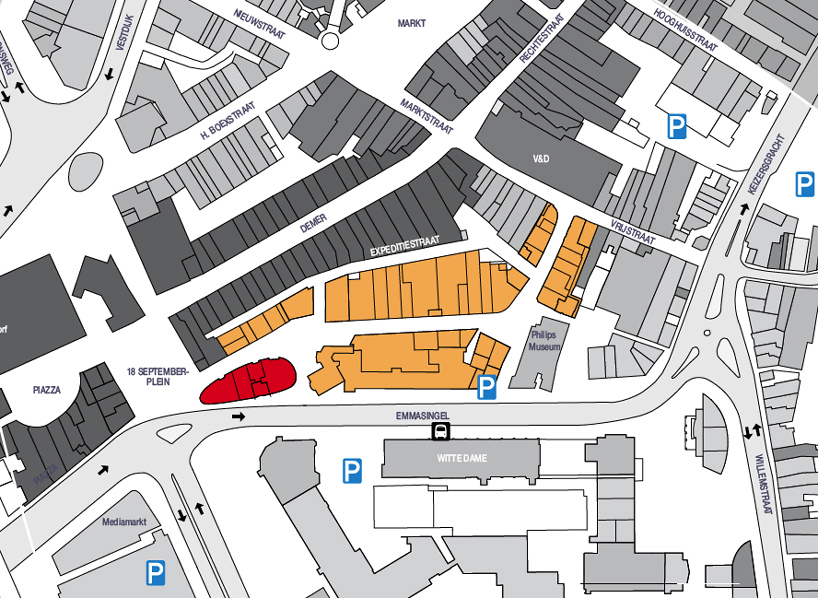