‘cultural center in castello branco’ has been constructed by mateo arquitectura, forming an extension of the public square landscaped by the same practice. located in central portugal, the building floats above the plaza, transforming castelo branco’s old town into a lively and active cultural hub.

separate wood and zinc-clad façades establish a visual contrast for the scheme, allowing the structure to become a reflection of its internal functions. resting on two concrete strips, the center sits above a sheltered ice-rink, establishing a continuation of the public square at ground level.

moving down through the landscaped plaza, one enters the building almost without realizing via a ramp descending into the museum’s subterranean lobby. light enters this basement level through skylights, creating an inviting and tranquil ambiance, accommodating galleries and administration offices.

the ground level serves as a transitional area connecting the site’s various programs, and forming a close relationship with the adjacent public square: an enclosed outdoor volume generating a vivid display of light, color and movement. the efficient program of space continues at the upper two levels of the scheme where a sweeping ramp links galleries at first and second storeys.

a large auditorium is housed at the higher levels of center, with an adjoining bar offering views across the old town. the roof of the structure, as well as concealing the building’s services and machinery, forms a huge open skylight illuminating the upper exhibition halls.

under the structure at night
photo by adrià goula 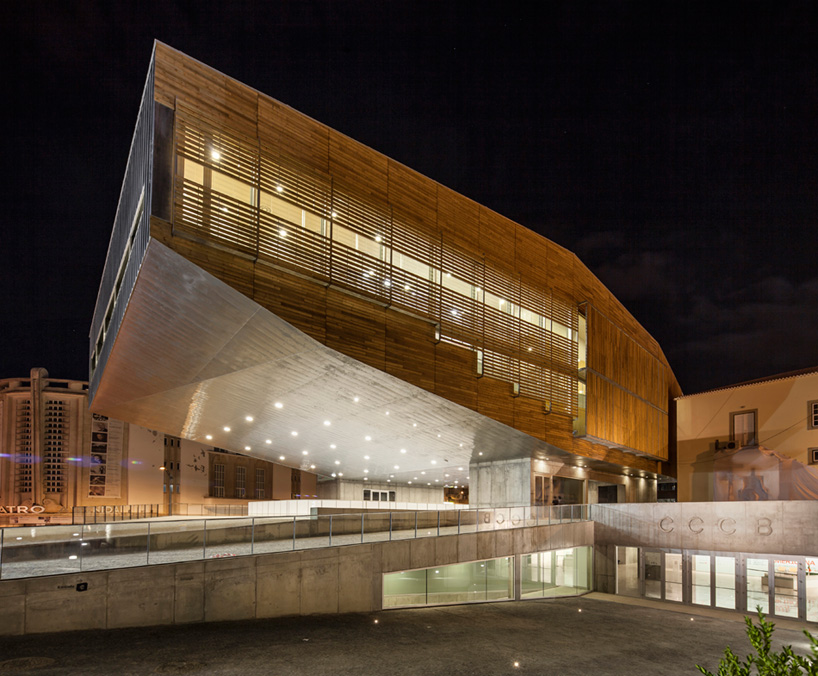 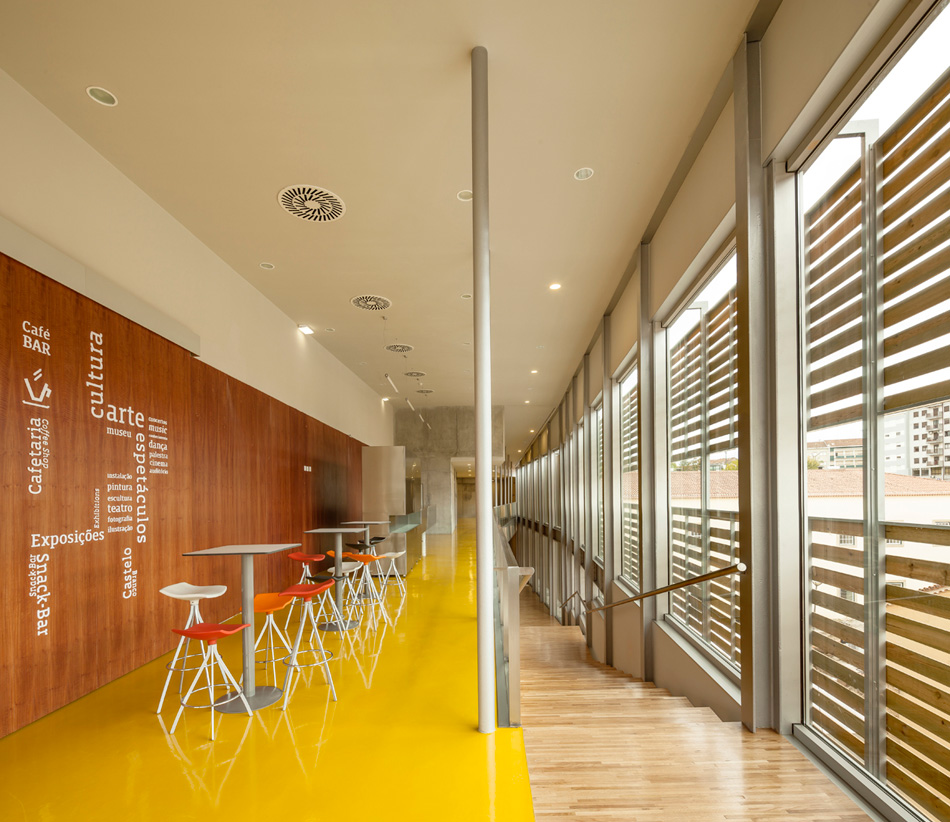 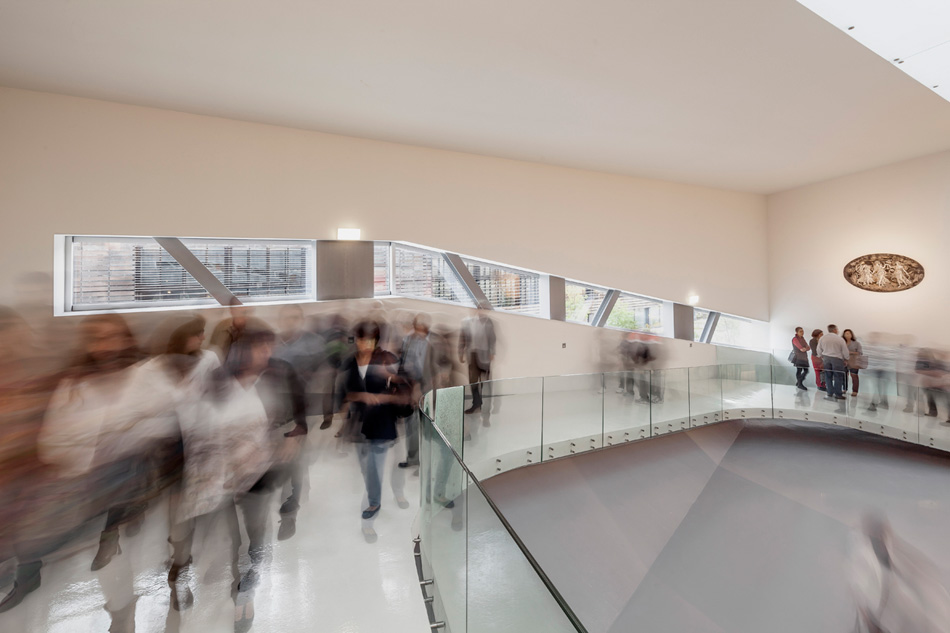 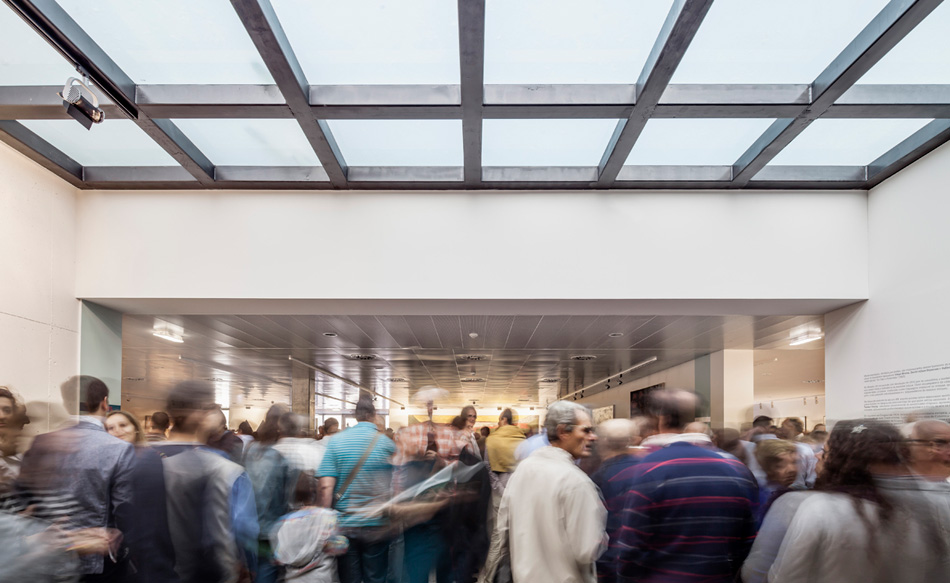 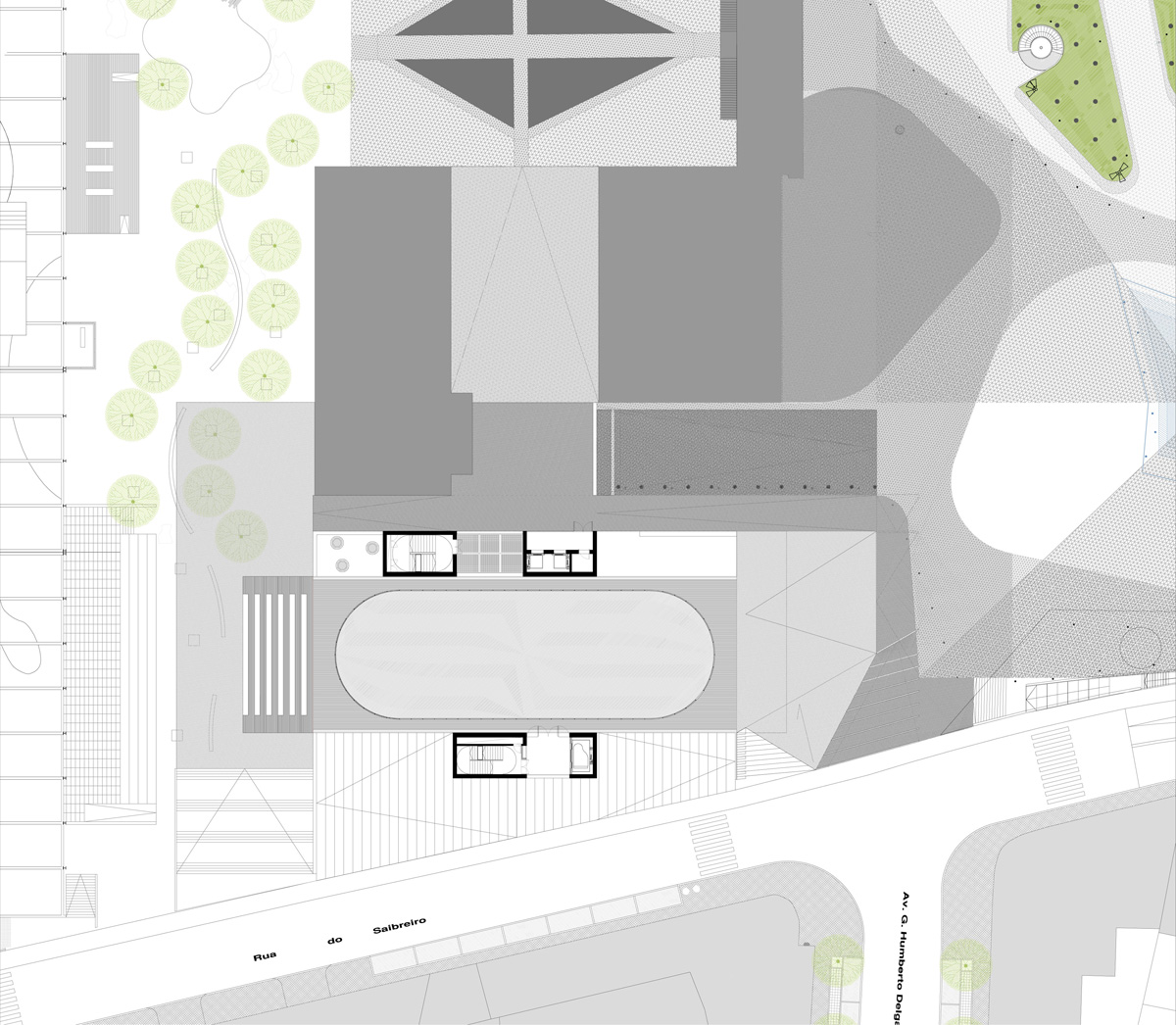 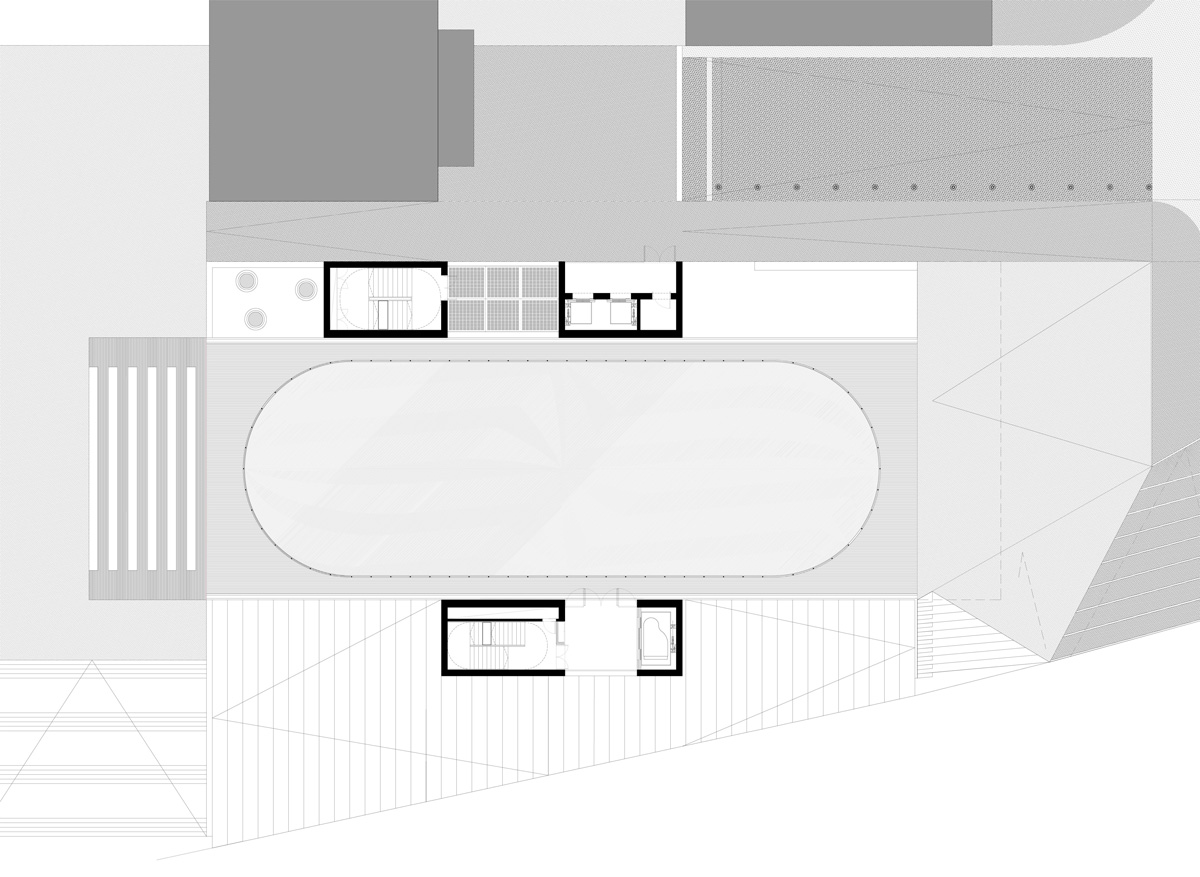 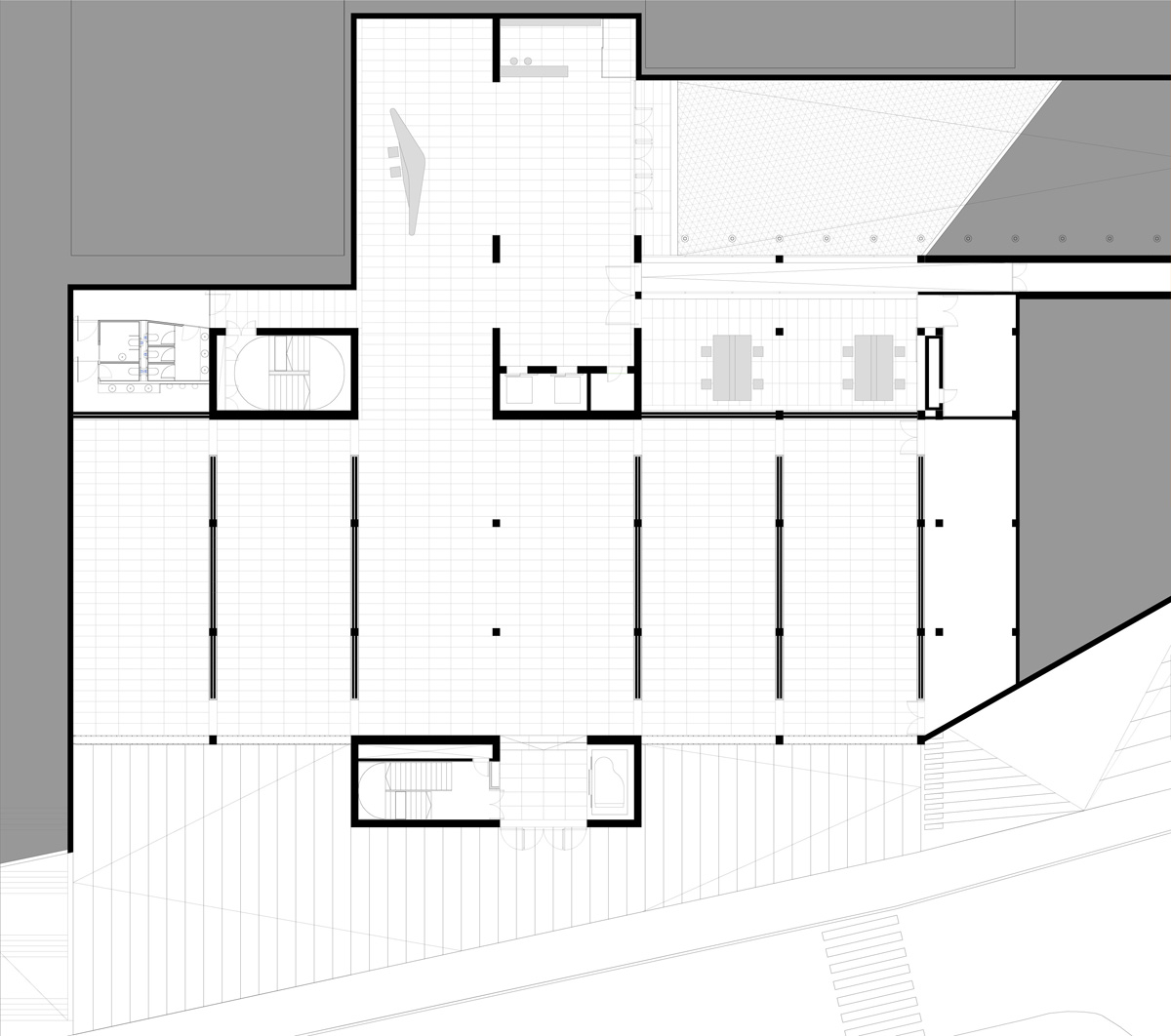 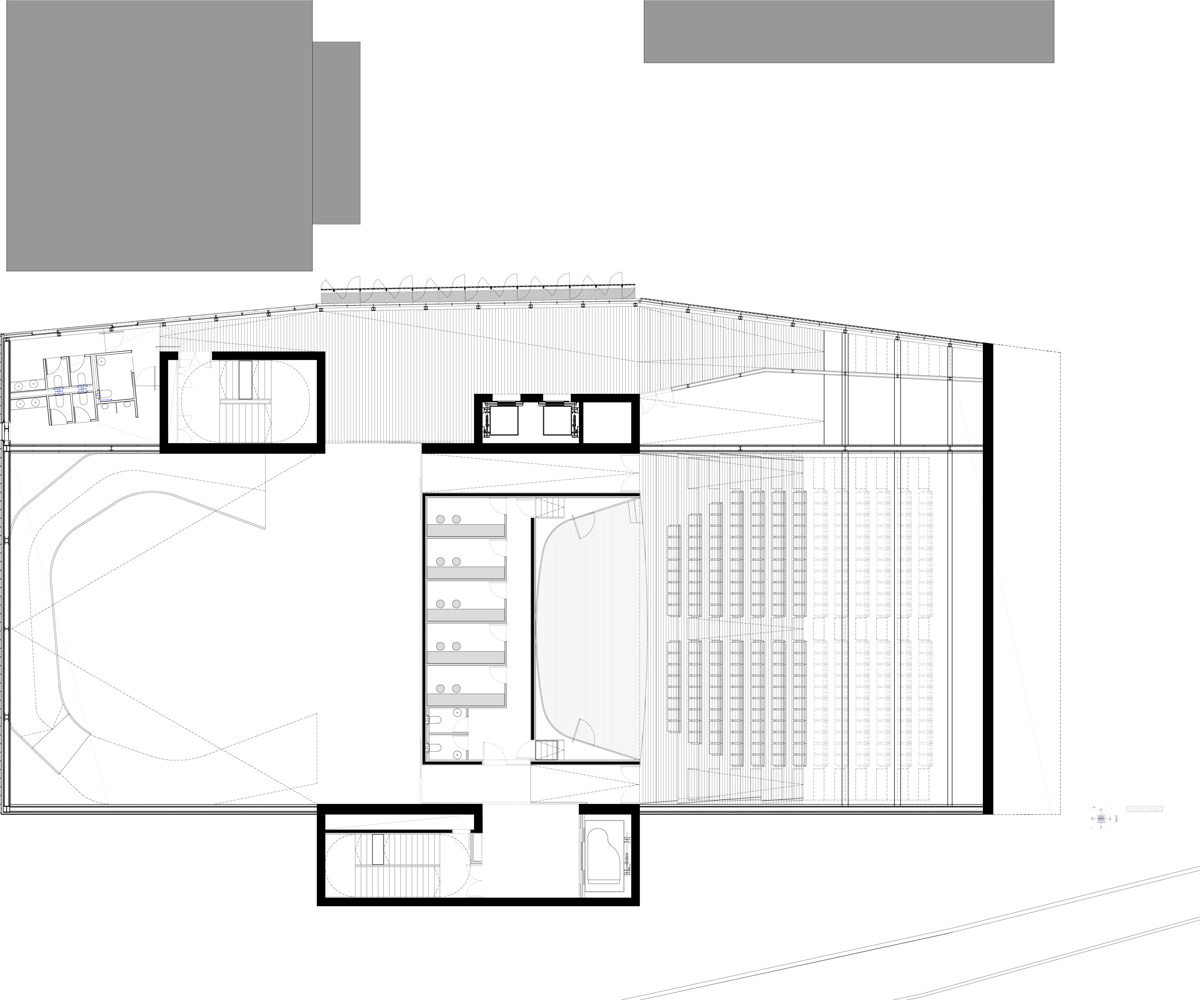 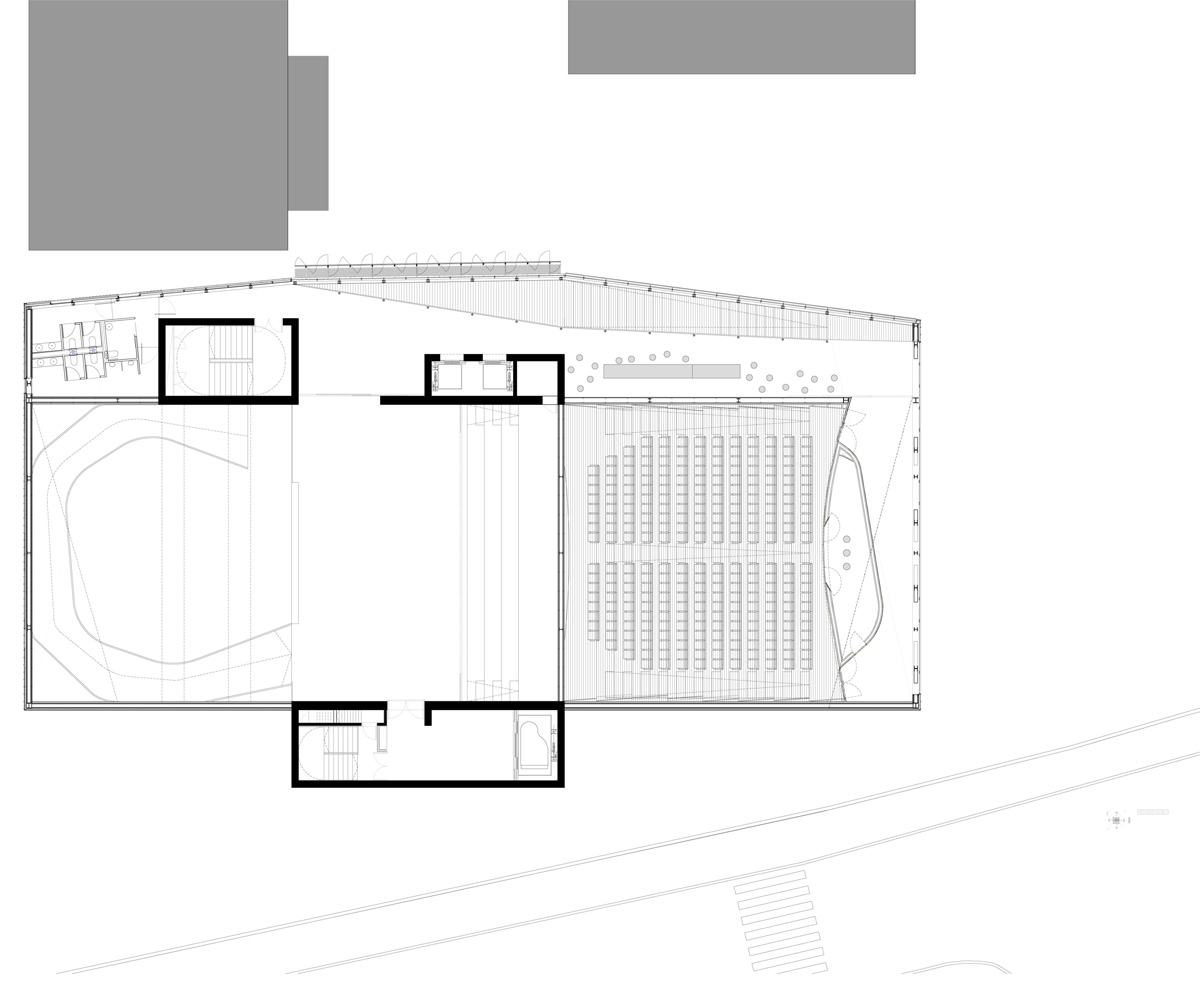 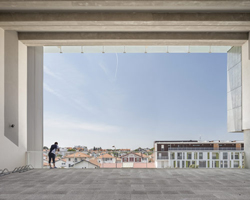 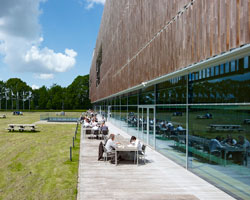 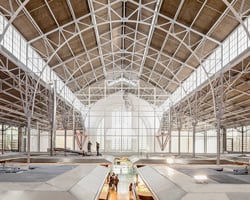 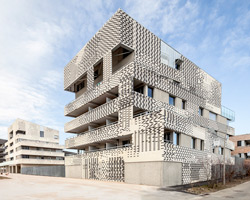 May 14, 2014
mateo arquitectura creates a family of dwellings in toulouse 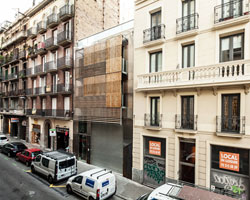