news about the future of work, from unique office spaces to innovative furniture.

influenced by the client’s love of vintage cameras, matt gibson architecture + design has created a faceted office for compulsive productions, film production studio based in australia. the scheme references historic devices of photography and film – lens, glass, mirror, aperture blades – with a series of acoustically lined enclosures that surround the main warehouse space, notionally emulating a camera barrel. aligning with studies of sci-fi and film noir genres, the concept delights in the opposition of darkness and light, and the tension of past, present, and future. 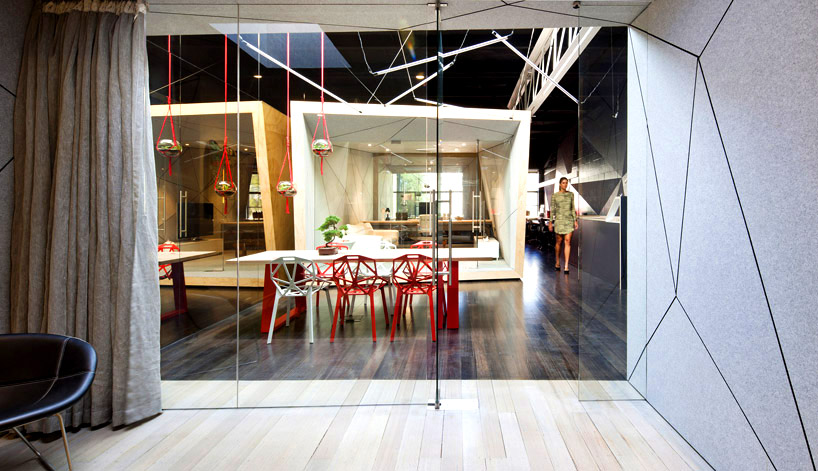 hi-tech pods are open-ended and clad in plywood to play off of the seemingly vast and infinite exposed nature of the existing warehouse, where surfaces are left rudimentary and industrial. this develops a relaxed environment for workers, where they have ability to personalize these leftover spaces. items of the past such as vintage equipment, vinyl records, and musical instruments depict a retro ambiance against the modern visuals. used for production reviews and color grading, these spaces require the ability to control and transform natural light into dark spaces, maintaining a comfort level required for the often long time editing sessions. truncated in plan and section, the volumes play with perspective and depth providing 3D spatial interest while fractal patterns based off of shapes formed by aperture blades are carried throughout the entirety of the project. 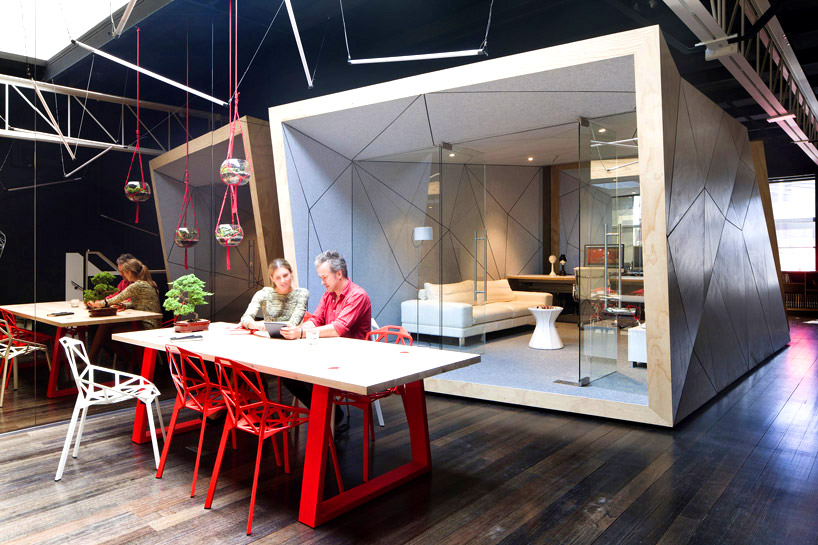 at night, with the ability to use the venue for stage sets and events, the space transforms to create the atmosphere of the film noir genre with the use of low-key lighting and dark reflective surfacing to be ambiguous and mysterious. suspended stick lights provide vertical connections between floors where black and white are deliberately contrasted. a complete iris shift is required as one traverses from the warmth and depth of the upper floor to the stark white hues of the fluorescently lit gallery space and entry on the lower level. the corporate color, red, is interwoven within details of the furniture, objet, and neon artwork. 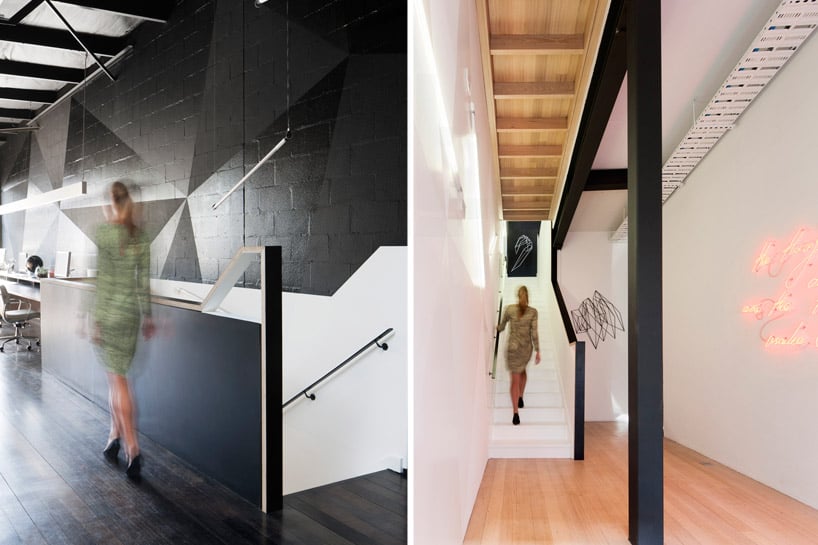 the budget dictated that any major changes and an entire refit was out of the question. in a cost effective strategy that would bring the newer, more sophisticated elements into the foreground, the remainder of the space was finished in various shades of black or clad in bronzed mirror, allowing them to recede in shadow conveniently recessing the existing perimeter components such as the kitchen, stair and existing office. the workplace is multi-dimensional, allowing for cross-pollination and a diversity of events. it provides flexible arrangements that provide multiple avenues for rental revenue while allowing the core business to gain increased exposure and opportunity to gain new work through association and collaboration with its tenants. 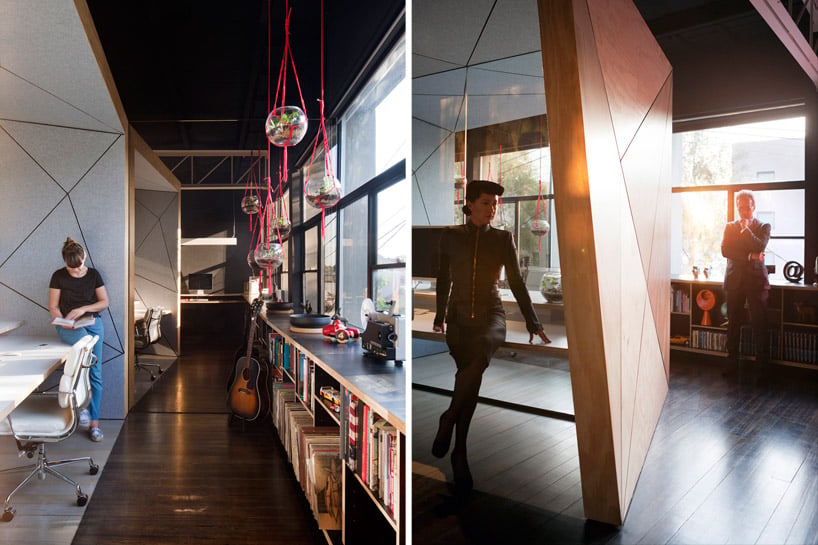 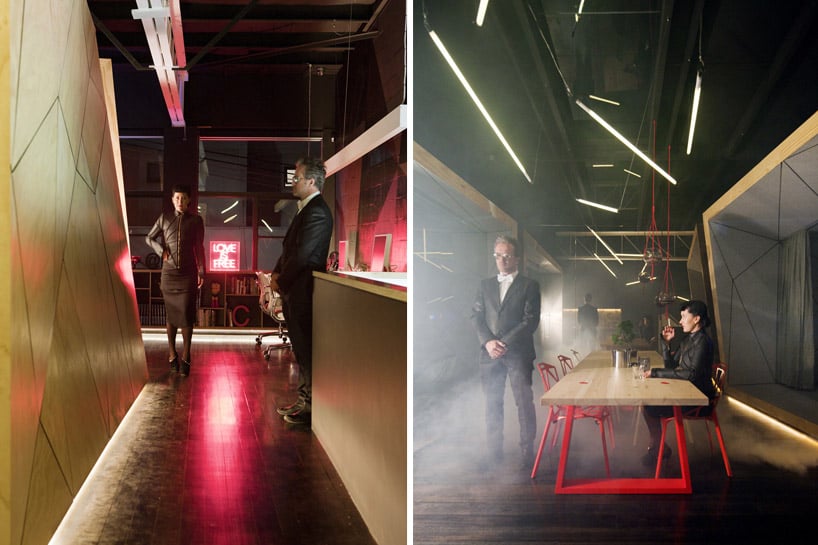 at night, the spaces can be organized for different stages and events
photo © shannon mcgrath 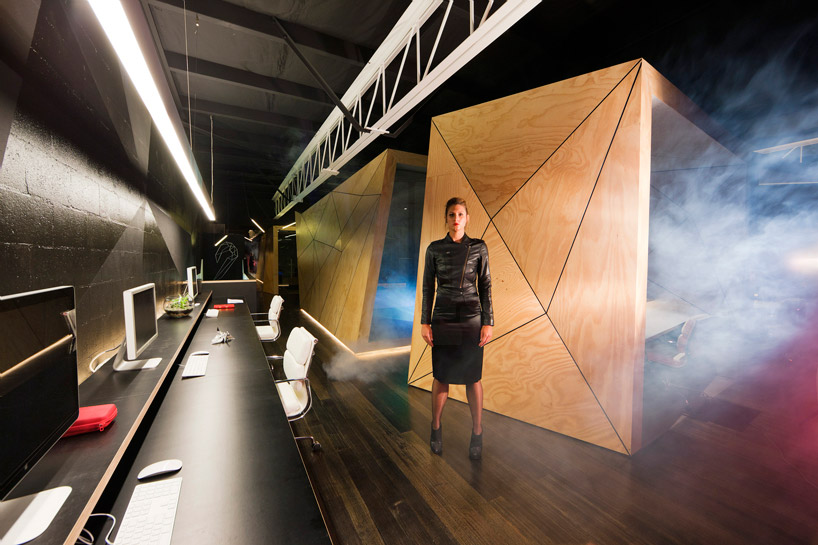 MGA+D
0
0
0
password recover
please insert your email below to reset your lost password
your new password has been sent to your email address
thanks for registering
please complete the form below. 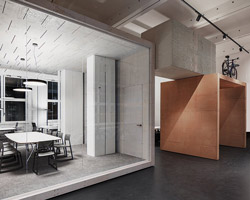 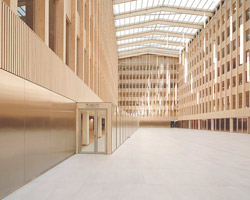 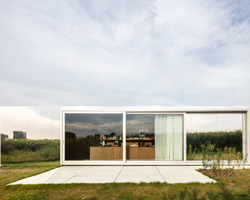 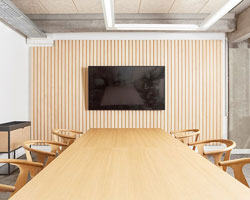 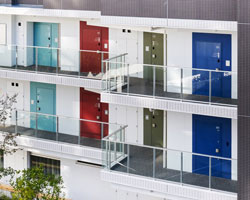 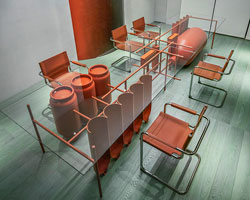 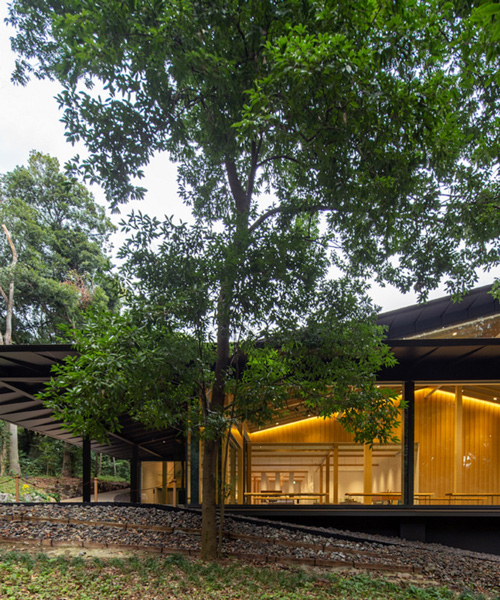 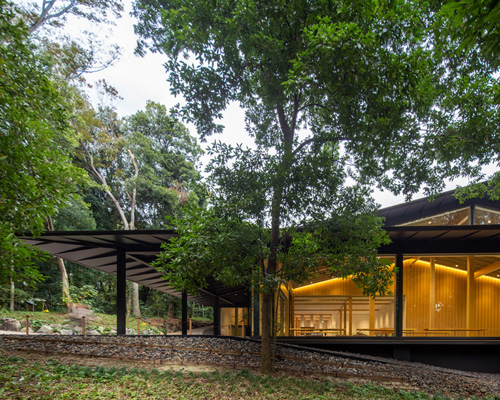 the trees that were cut down during the building's construction have been reused internally and re-purposed as items of furniture.

the trees that were cut down during the building's construction have been reused internally and re-purposed as items of furniture. 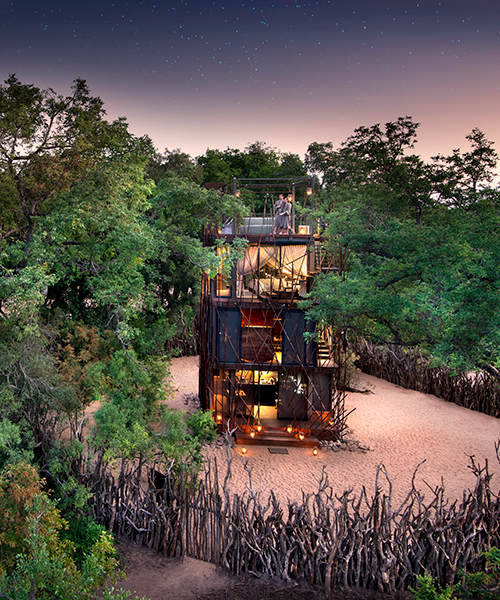 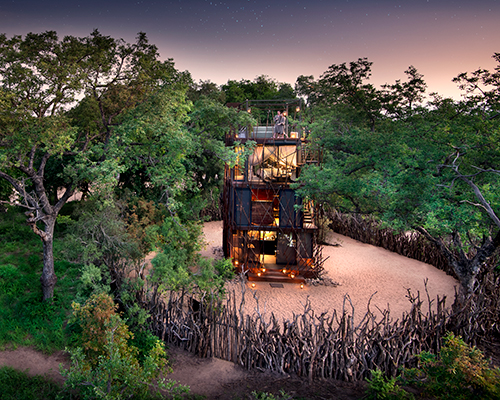 andBeyond invites travelers to sleep in its ngala treehouse, among south african wilderness

living nearby are two of the only three white lion cubs currently living in the wild in the world.

living nearby are two of the only three white lion cubs currently living in the wild in the world.

×
keep up with our daily and weekly stories
503,296 subscribers

keep up with our daily and weekly stories
503,296 recipients