london-based architect matthijs la roi has developed a proposal for the tallest tower in the netherlands. the design is a response to the strategic ambitions of the city to build two new skyscrapers next to the central station of rotterdam. the new zoning regulations allow for one of the two skyscrapers to be built as tall as 180 meters. 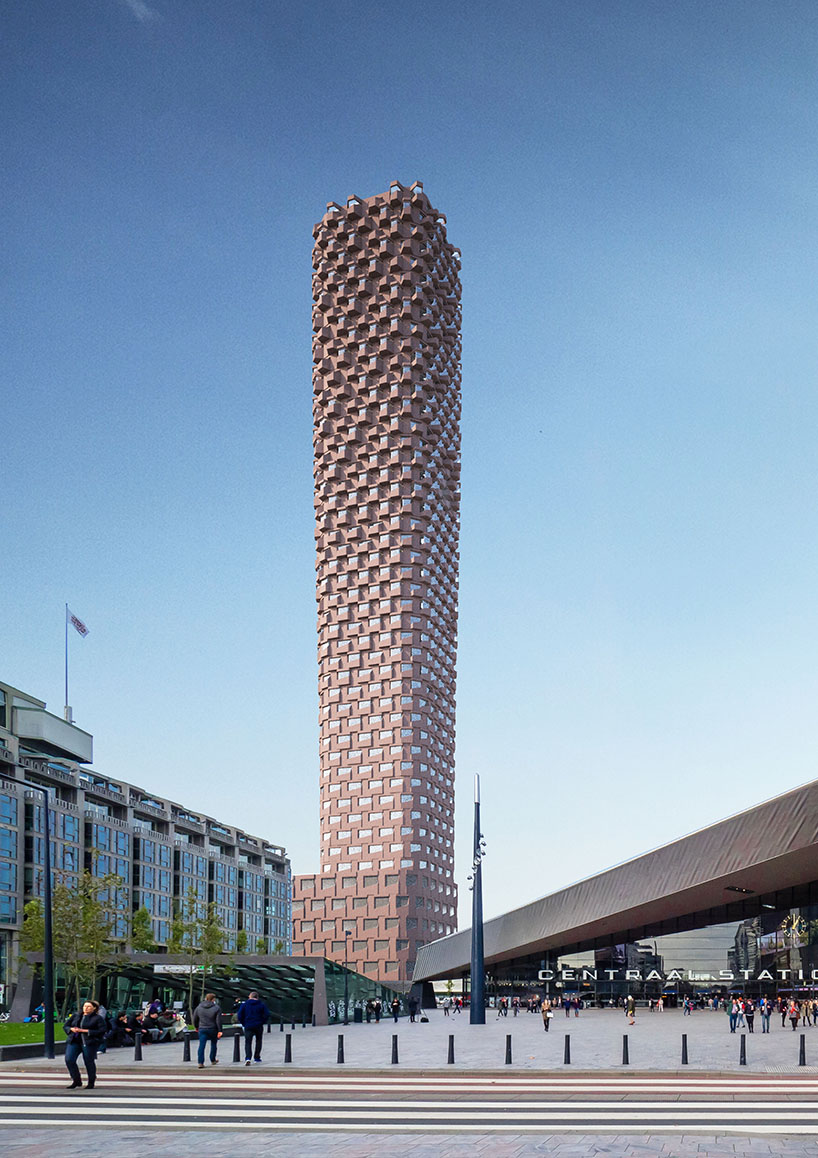 view from the plaza in front of the train station
all images © matthijs la roi, frans berkelaar

the overall massing consists of an eight-floor ‘landscraper’ combined with a 42-floor slender skyscraper. together they will achieve a gross floor area of roughly 60.000 sqm. the podium will host both retail and office spaces, while the program of the tower is exclusively reserved for housing. the low-rise part is designed to connect to the transport hub and is accessible from both the ground level as well from the level of the station platform. the building is situated next to the monumental post-war ‘groothandelsgebouw’ and the new central station building with its iconic canopy. 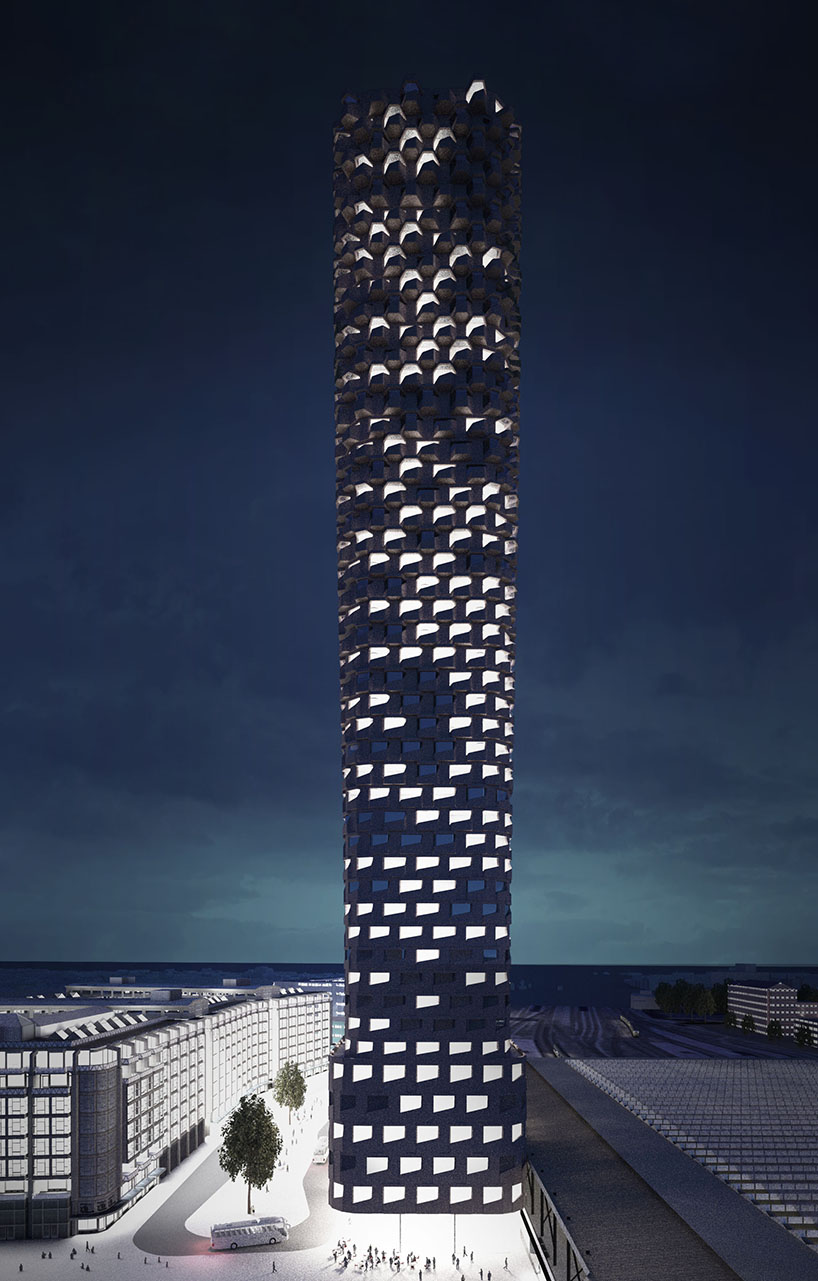 east elevation of the tower

the facade references the articulated facade of the ‘groothandelsgebouw’ with its use of depth and focus on human scale proportions. in order to not compete with the iconic station roof, the tower and ‘landscraper’ facades become less expressive towards the bottom as they near the station. brick is chosen as the main exterior cladding material of the building, giving the whole scheme a monolithic appearance. the facade consists of a variation of protruding windows and balconies. the windows start out flat towards the podium of the tower and become more undulating towards the top. the more undulating windows enable a wider range of views towards their surroundings and achieve a larger area for the adjacent floors. 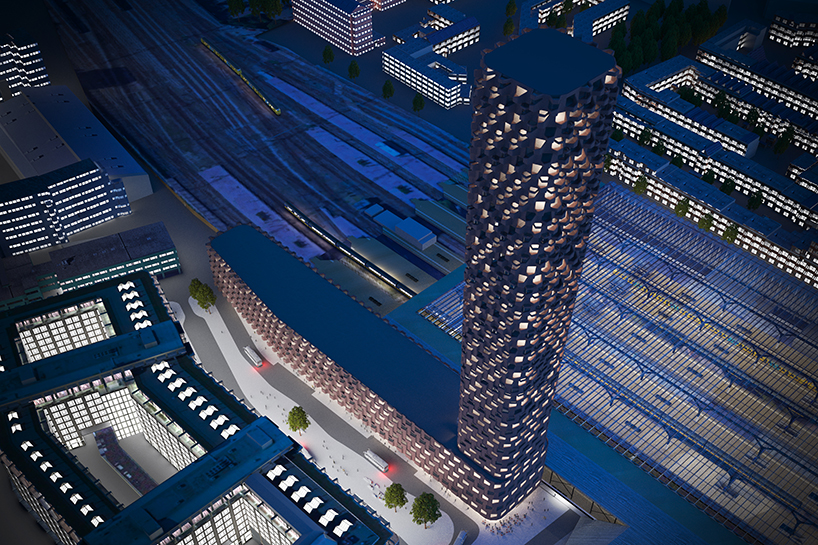 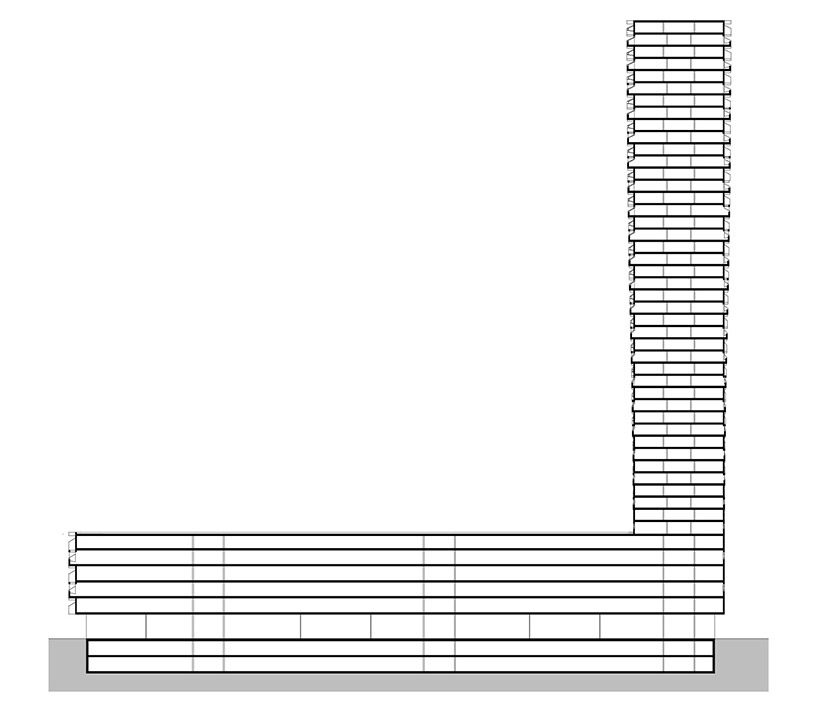 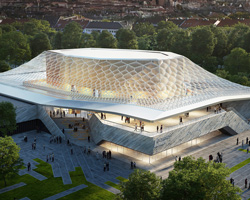