mauricio ceballos x architects (MCXA) has realized ‘casa mague‘ in malinalco, mexico, with a design that carefully considers nature and the pre-hispanic history of the place. the site, which was chosen by the clients for its unique micro-climate and large trees, borders the cerro de los idolos (hill of the idols), which is where the aztecs carved a ceremonial center out of the mountainside. 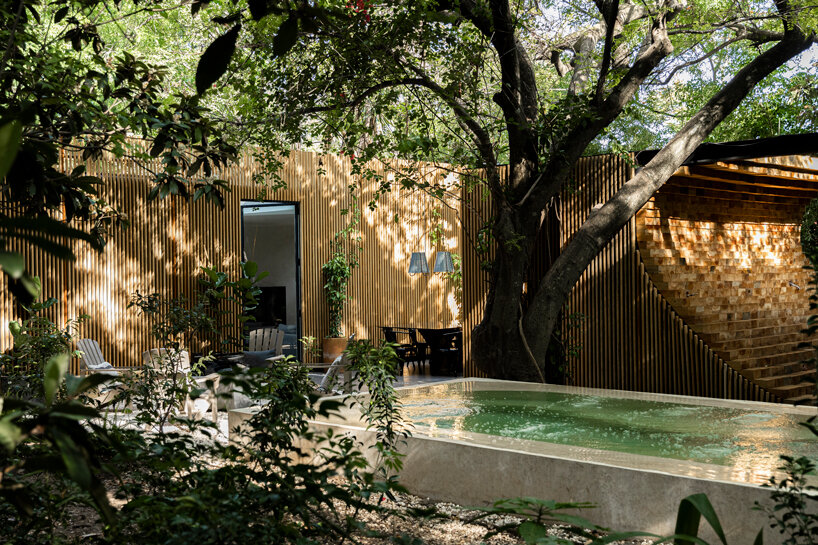 when they first embarked on the design process, the team at MCXA considered the following questions: how to create a construction with contemporary language within a pre-hispanic context, which manages to merge with the natural and cultural environment, respecting 100% of the existing vegetation? how to develop a flexible and timeless home? how to develop a construction that mimics nature? 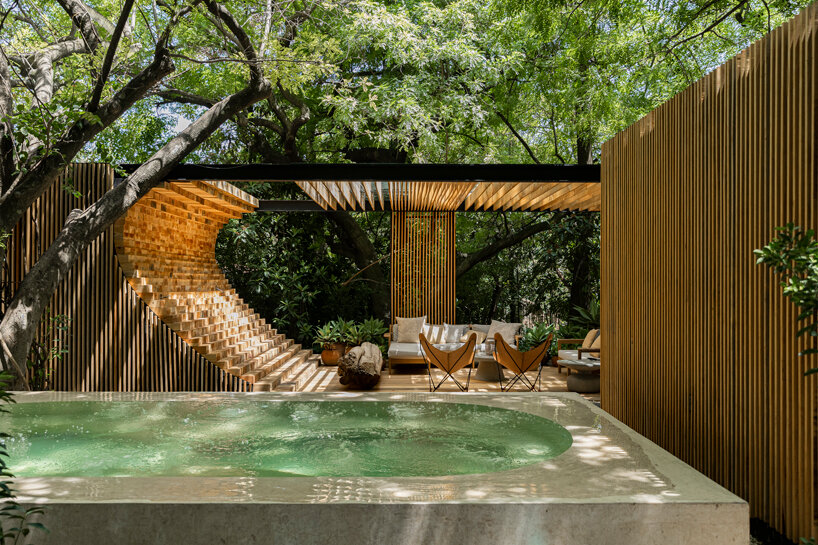 in their architectural response, they decided to follow the mesoamerican worldview, where trees have a symbolic meaning from the roots, to the trunks, to the canopy. just like these three parts of a tree, they divided the project into three levels: the first one, a mirror base that reflects the ground and gives the architecture an appearance of floating; then, the living space, all on the same level where everyday life occurs; finally the natural outer cover formed by the foliage of the trees. 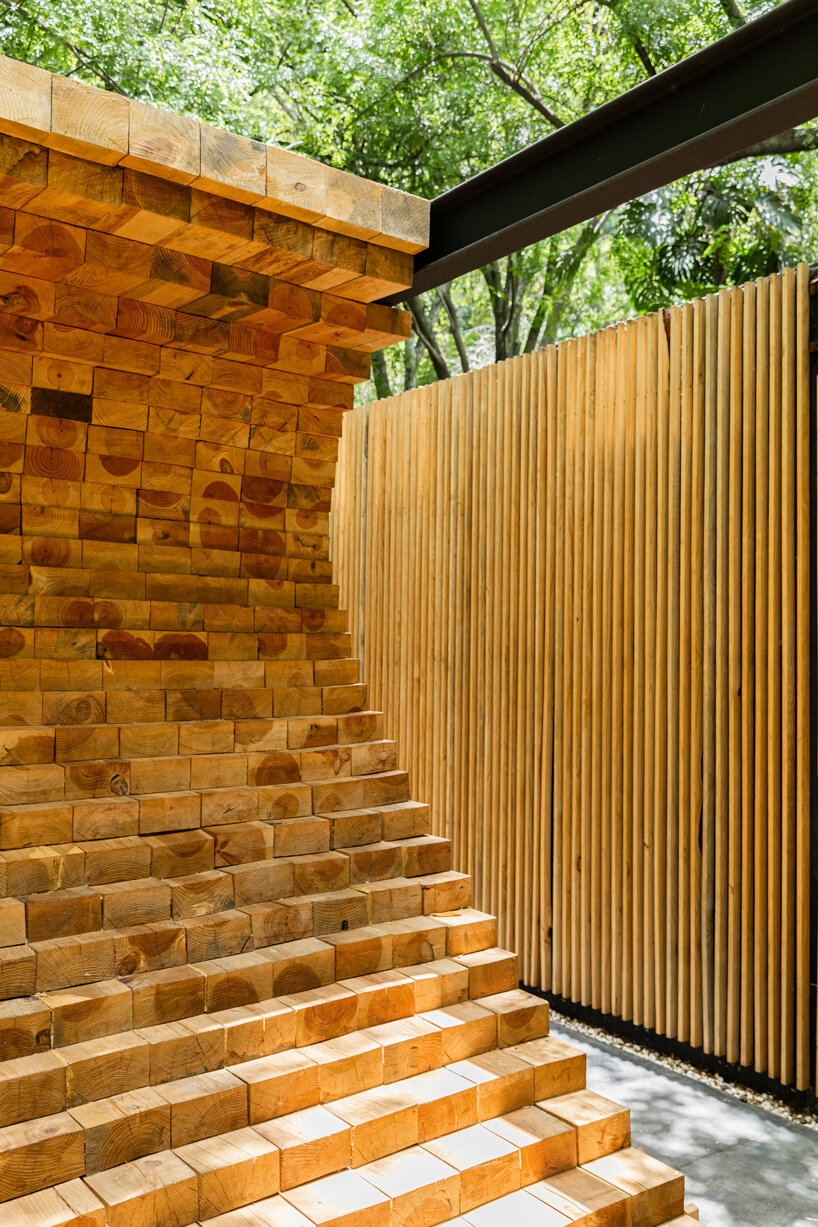 when arranging the residential program on the site, MCXA was careful not to disturb any existing trees, resulting in a floor plan that meanders around nature. built across a single-story, the house is made up of a series of flexible volumes that are divided by open spaces including the main circulation, a number of terraces, and a large social area. in this way, indoors becomes outdoors, and residents are always in close contact with nature as they go about their day. 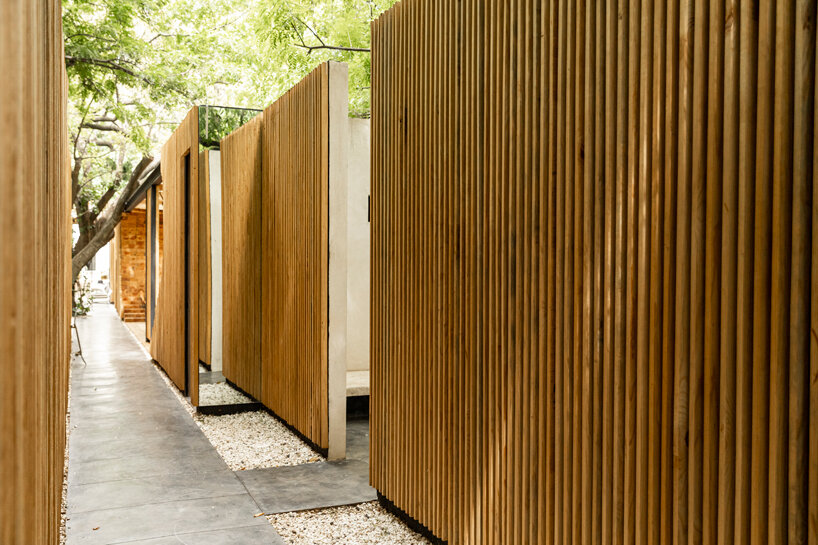 the main feature of the project has to be the open living room that echos the nearby aztec structure with pyramid-like blocks of wood that curve up and around. opposite this space, there’s also a jacuzzi and a fire pit made from stone in reference to the ‘molcajete’, which is a tool traditionally used in mexican cuisine. 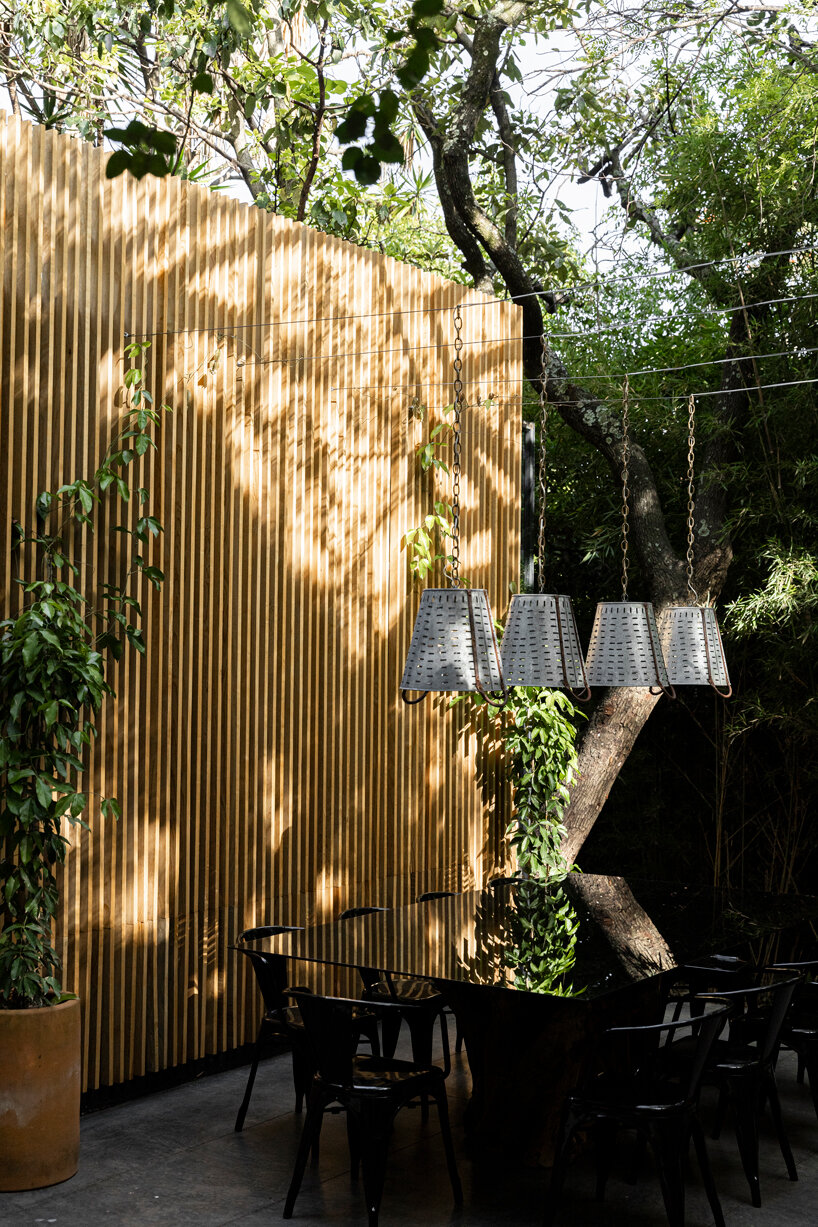 for the material palette, the design is dominated by natural and local materials such as wood, stone and chukum (ancient mayan stucco). MCXA also prioritized sustainability on the project with a number of strategies: minimal footprint, rainwater harvesting, gray and black water treatment, reuse for irrigation, reduction of energy consumption through lights and sensors, management of waste for the creation of compost, and recycling of glass, aluminum and cardboard, using only local materials with low levels of VOC. 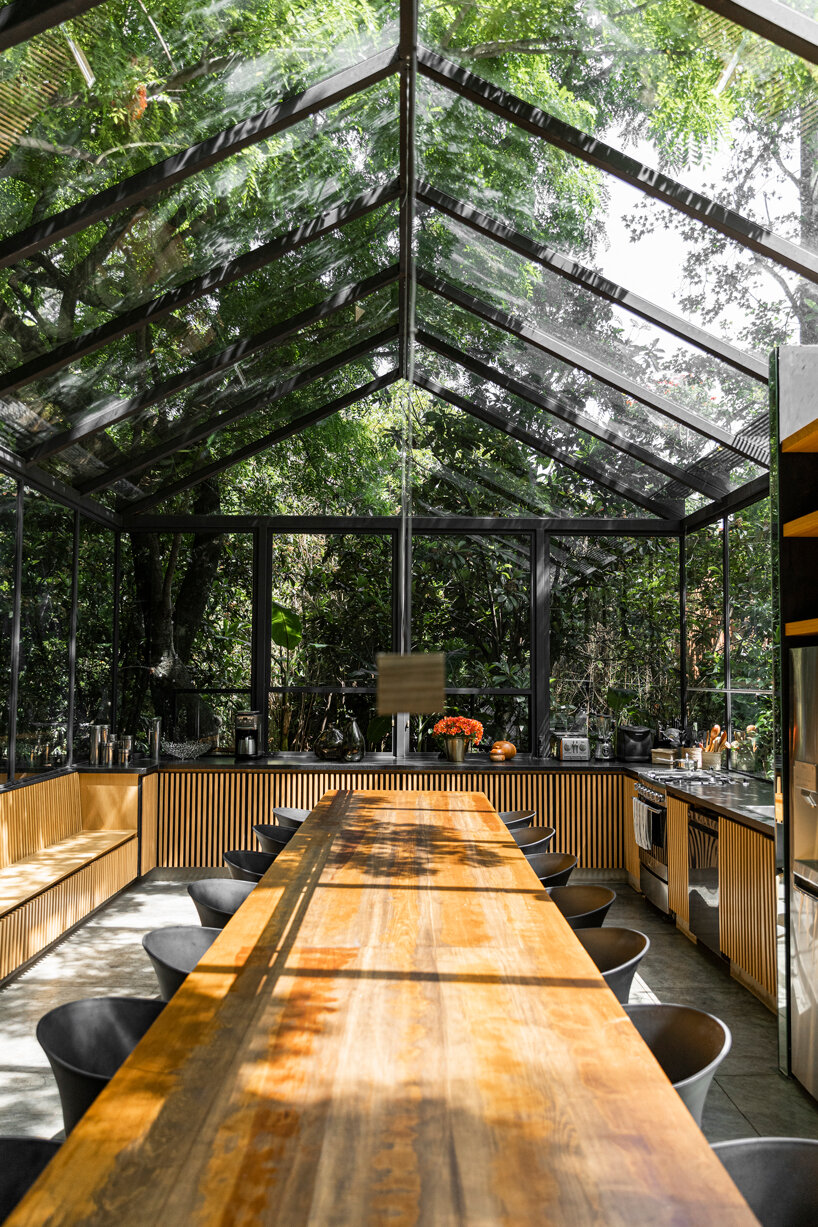 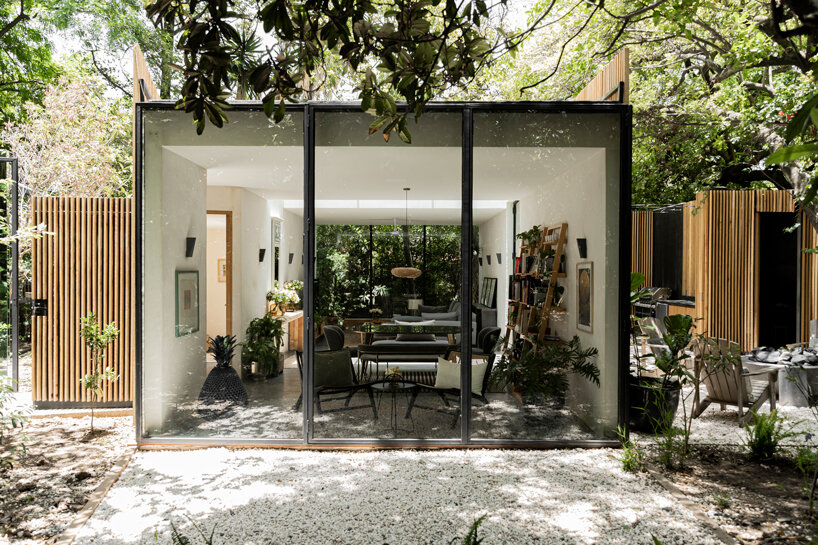 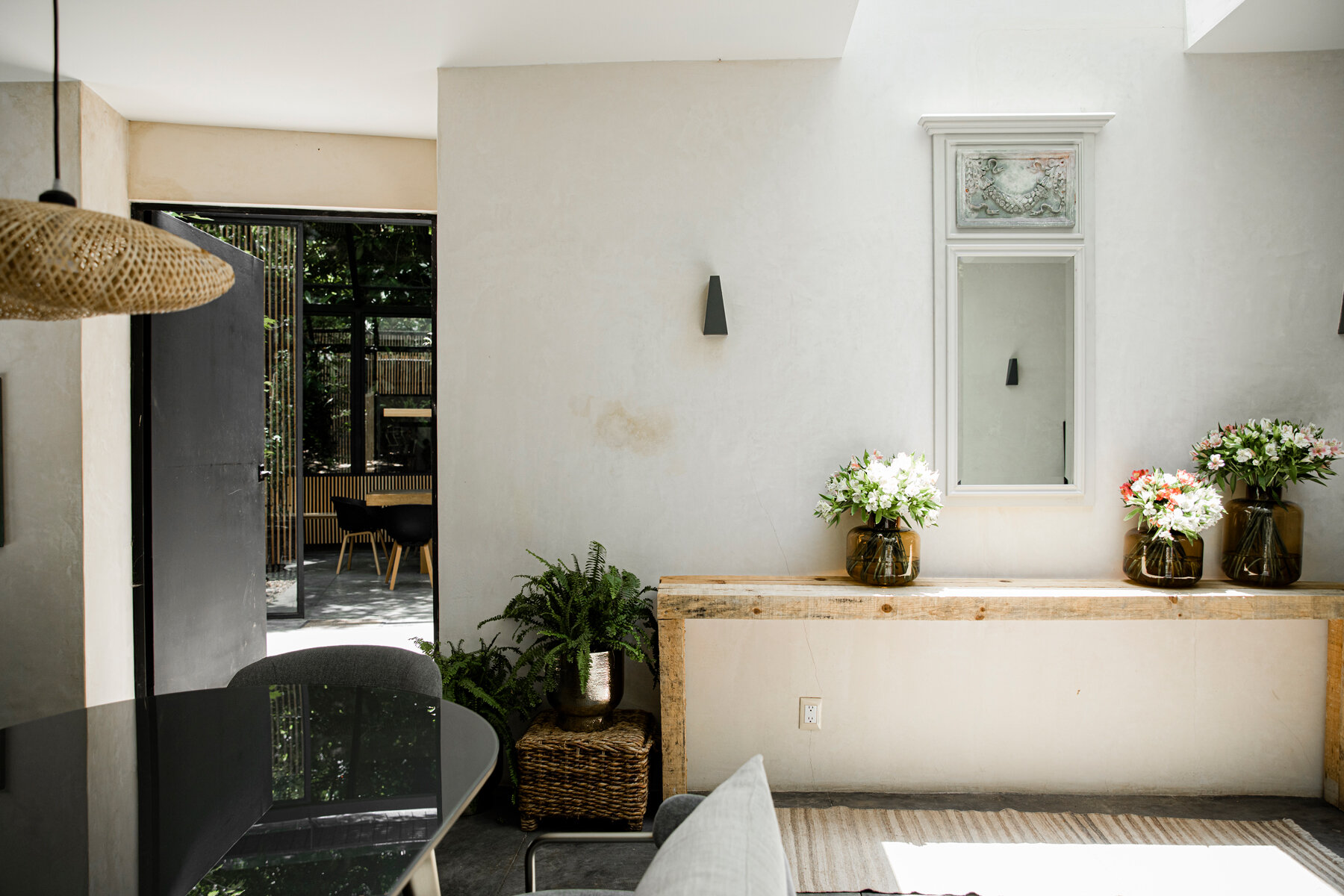 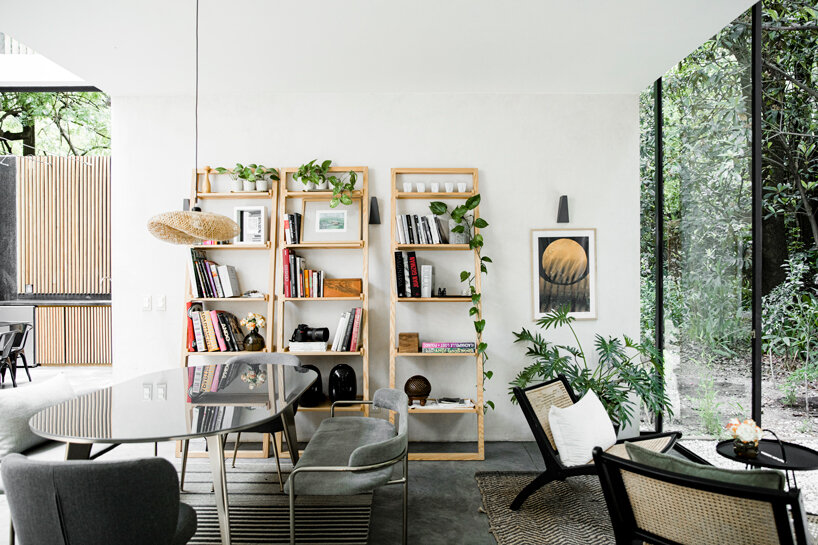 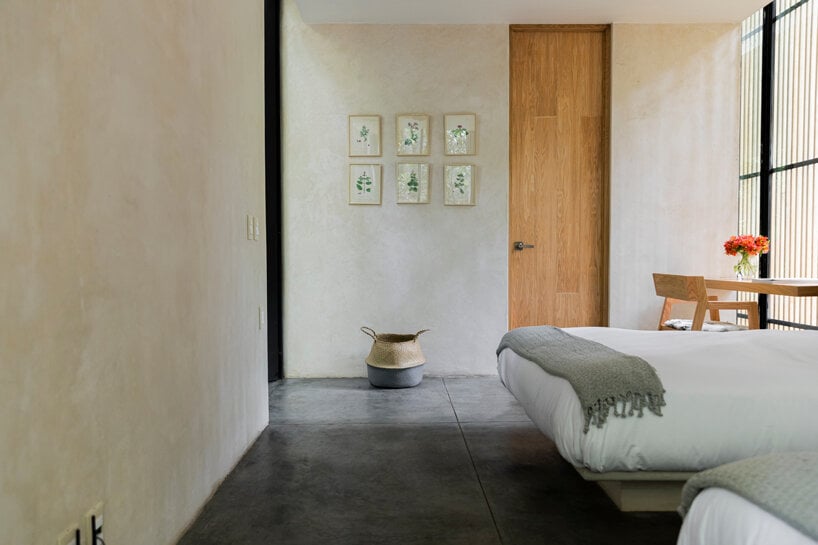 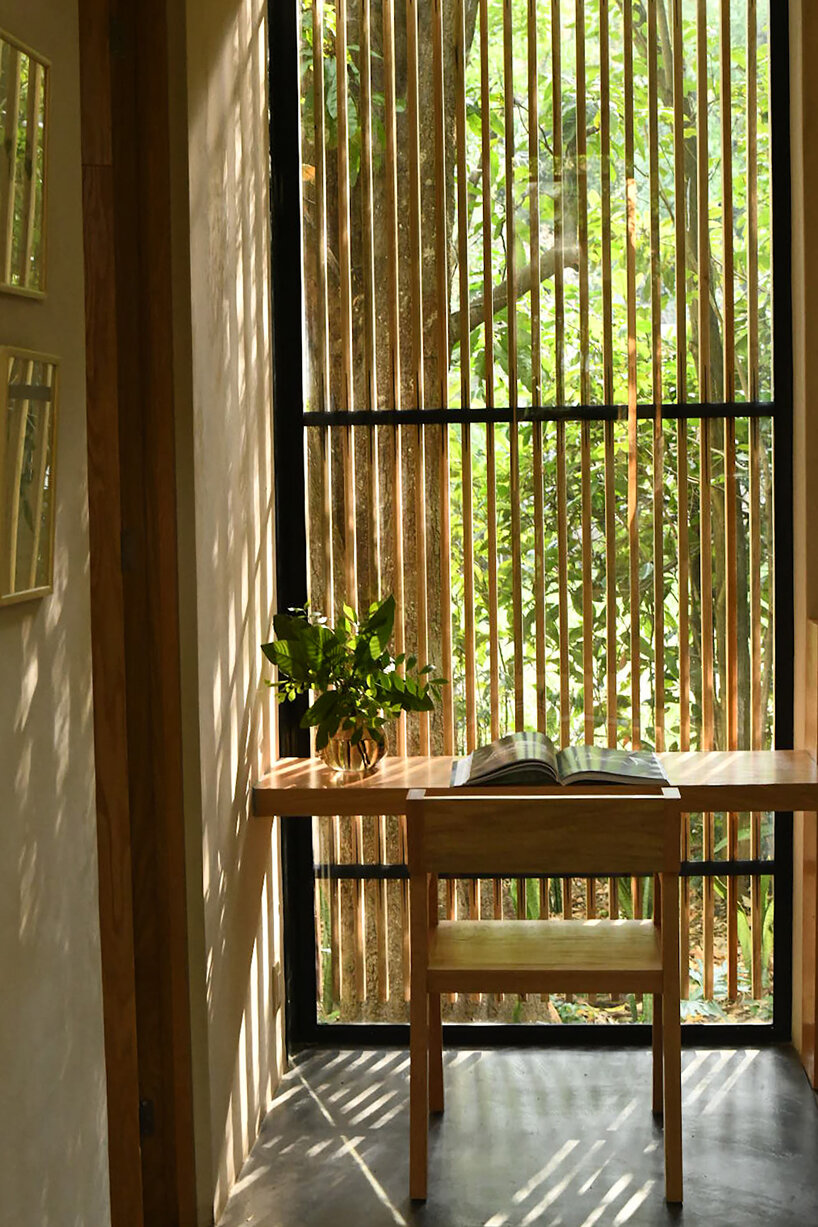 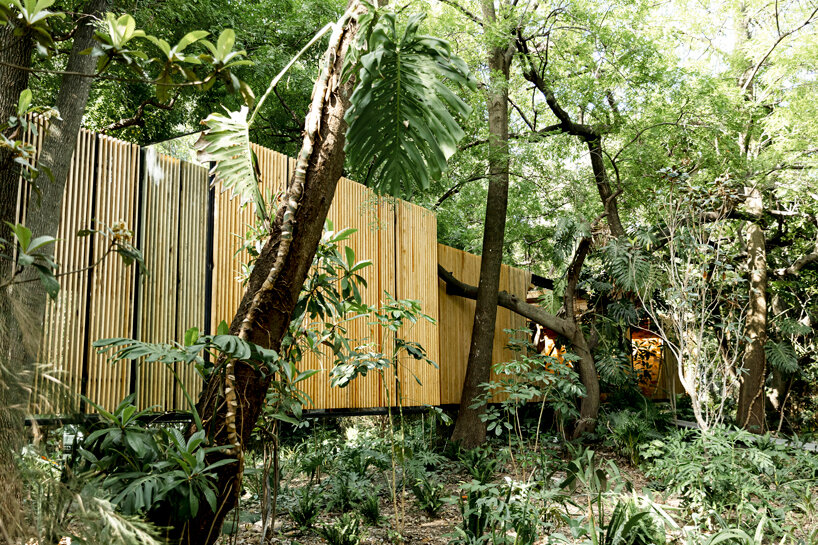 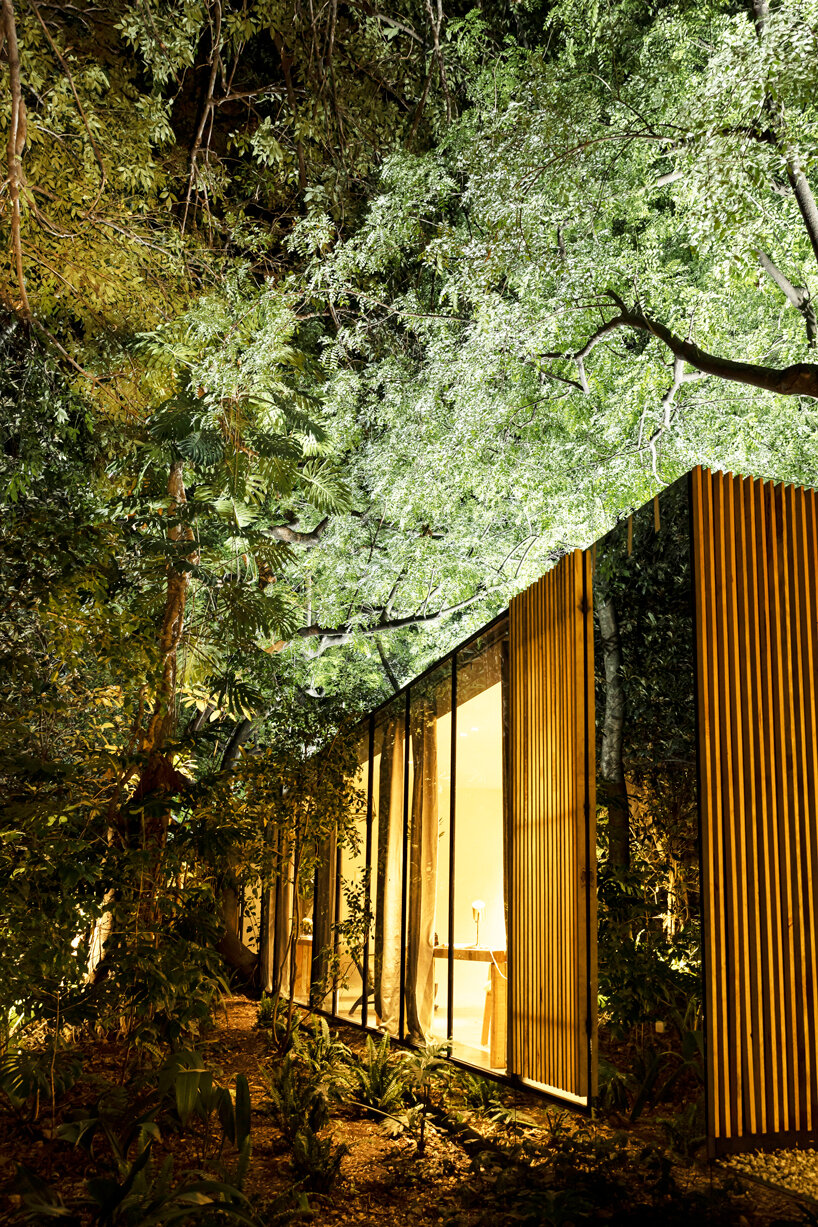 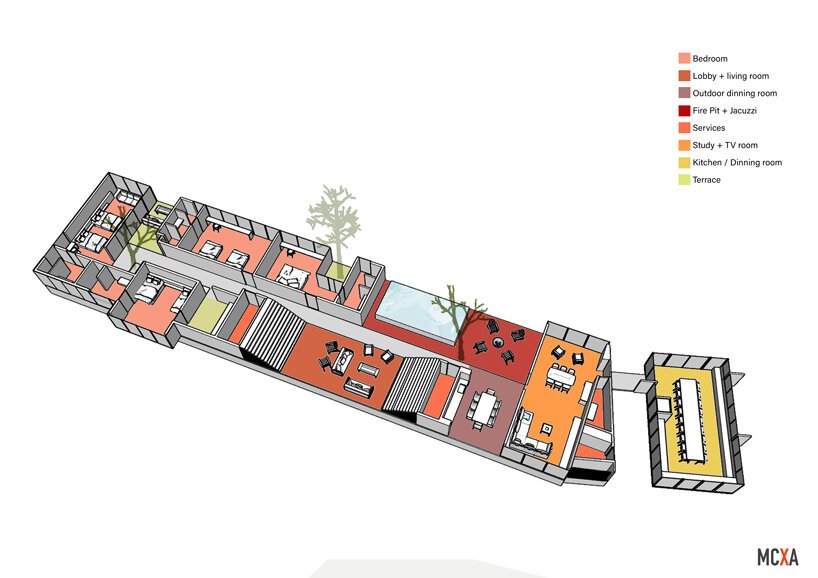 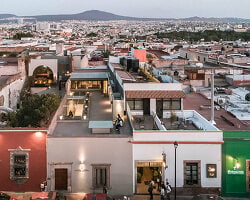