located in the historical center of chisinau, moldova, maxim calujac has designed the ‘ARTCOR – creative industries center’. positioned in the courtyard of the existing art academy (AMTAP), the volume of the new intervention has been determined by the tricky site constraints. surrounded by neighboring buildings and a late 19th century architectural monument, the new creative center intends to become a new focal point while also considering and preserving the historical context. 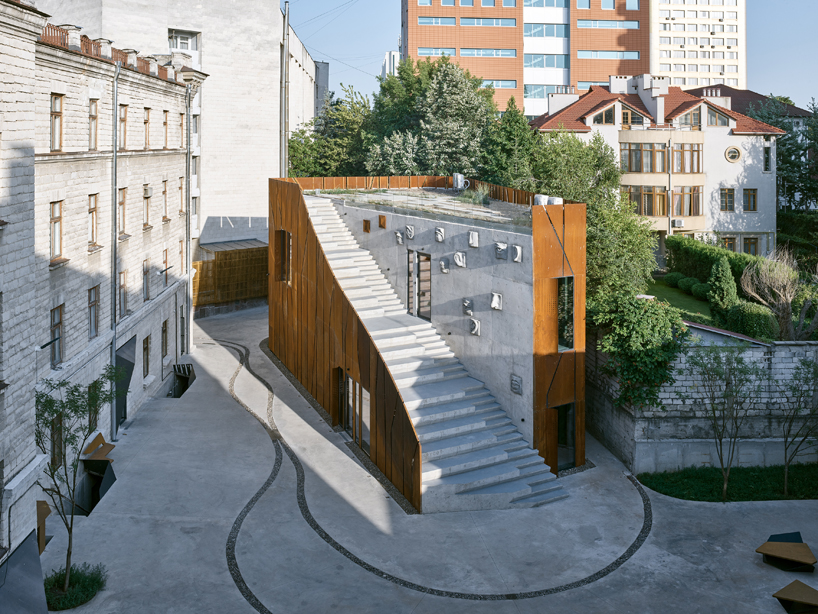 all images courtesy of maxim calujac

with a site area of 1200 m², the overall scope of the project by calujac includes a new building (400 m²) and part of the old academy (450 m²). within the new building, the program provides both cultural and business space, with the second floor offering a space for workshops and startup collaborations. characterized by the large external staircase that ascends to the roof, this space is designed by calujac to create a new public space with an open-air auditorium on the steps and a green terrace on the rooftop. 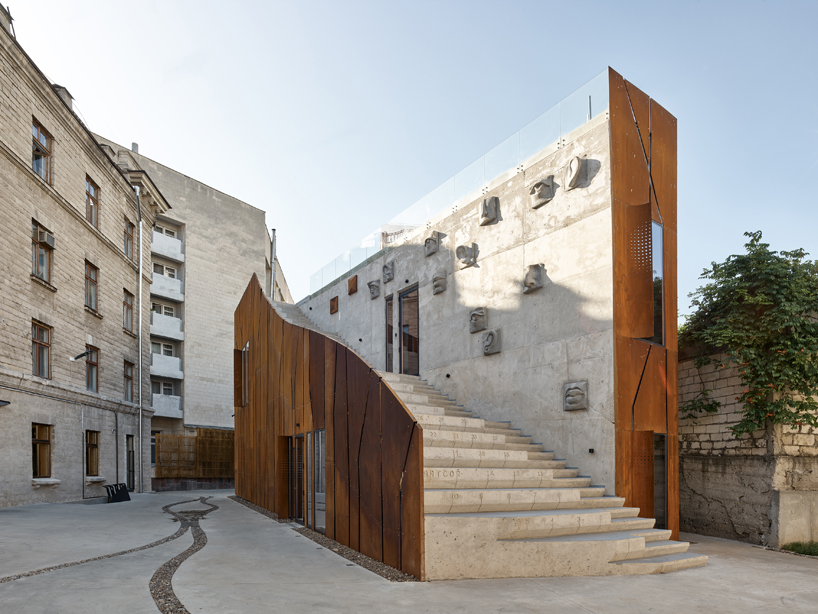 regarding the intervention within the existing 1950s academy building, space has been built for a media library, workshops and meeting rooms on the left side of the first floor. additionally, space has also been created for the overall administration of the center, while the sound recording space and rehearsal rooms have been moved to the refitted basement. 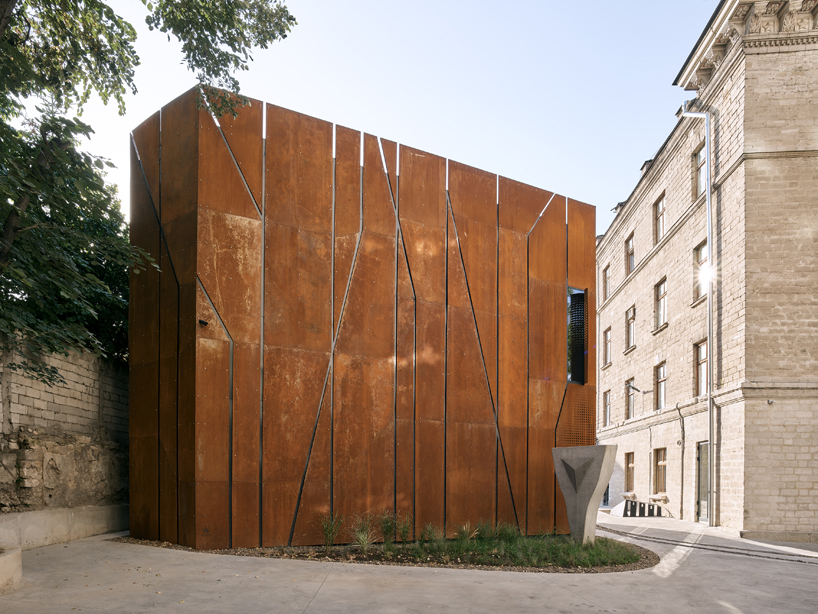 the structure of the new building is constructed from reinforced concrete, which can be seen throughout the interior, creating an honest architectural expression. the concrete volume is wrapped in corten steel, only breaking at the large external staircase, which acts to invite the public up to the open-air space and makes the insertion of the center appear more as an extension of the existing courtyard. 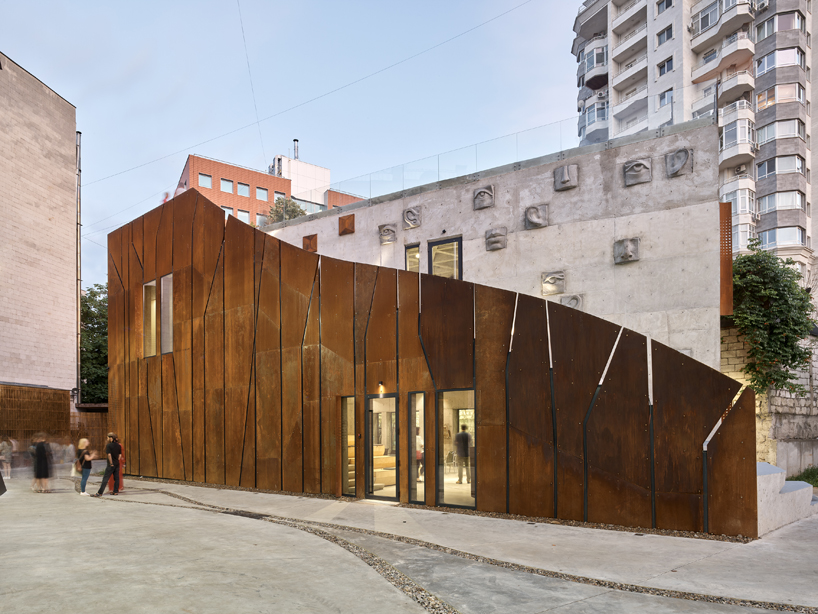 considering the prominent site location, when designing the center, maxim calujac also placed emphasis on activating the public space to create a new point of attraction in chisinau. by transforming the courtyard into a new urban zone, accessible for all visitors and by making the roof exploitable, the intervention functions to invite people in. 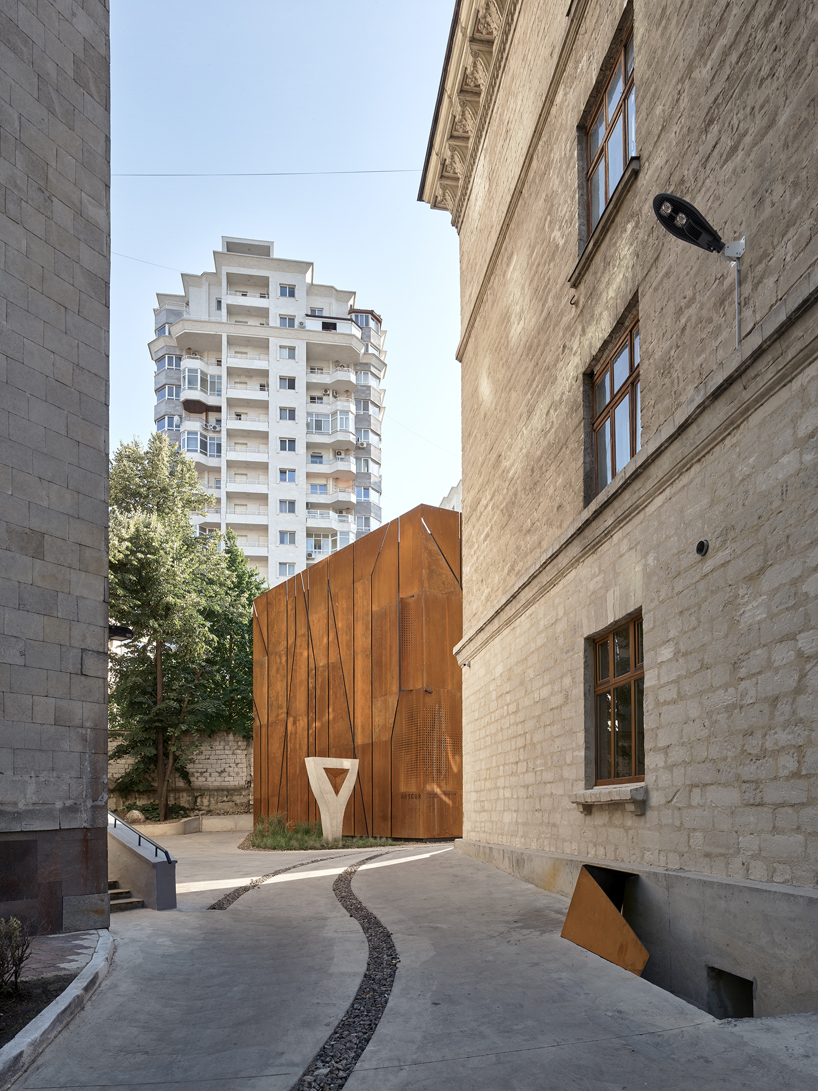 landscaping has also played a key role in embedding the new volume into the site by implementing greenery, art space and urban furniture that appears almost as an art-installation. from the entrance at the driveway, a sculpture, titled ‘the knowledge tree’ can be seen, that intends to convey the origin of creation. the courtyard plot has also been cut by ‘stone rivers’, that are used as a drain for storm water. 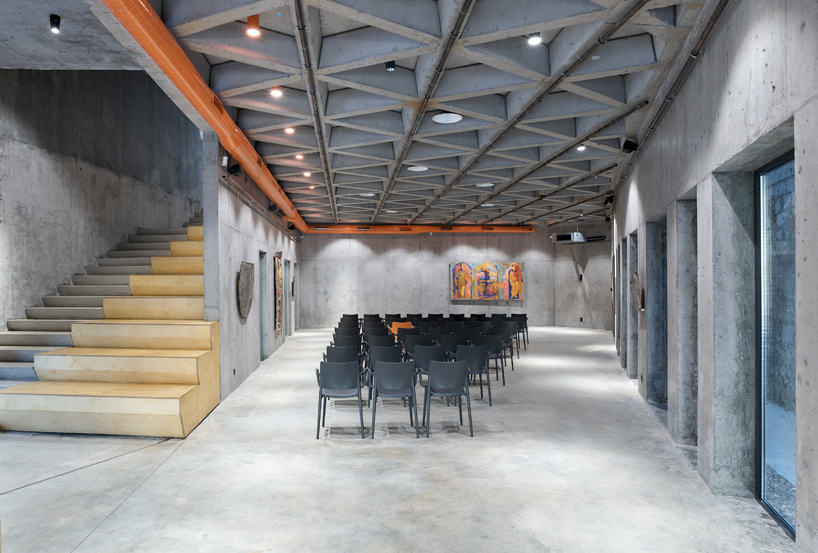 overall, with tricky site constraints, maxim calujac has formed an intervention that is appropriate to the site context in terms of scale, materiality and presence. by focusing on not only the program of the center but also rooting the new building in a new public space, the result is an architectural intervention that is both considerate and a new beacon for creative processes in chisinau. 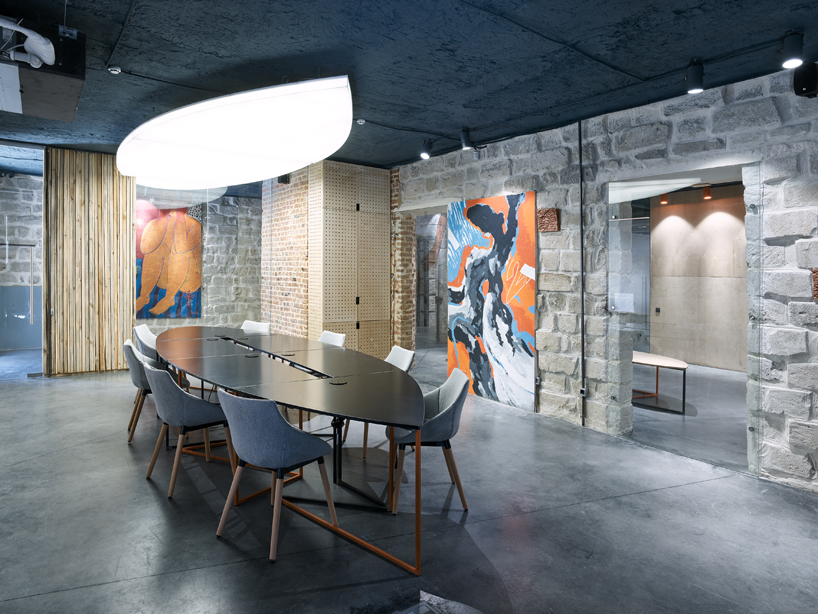 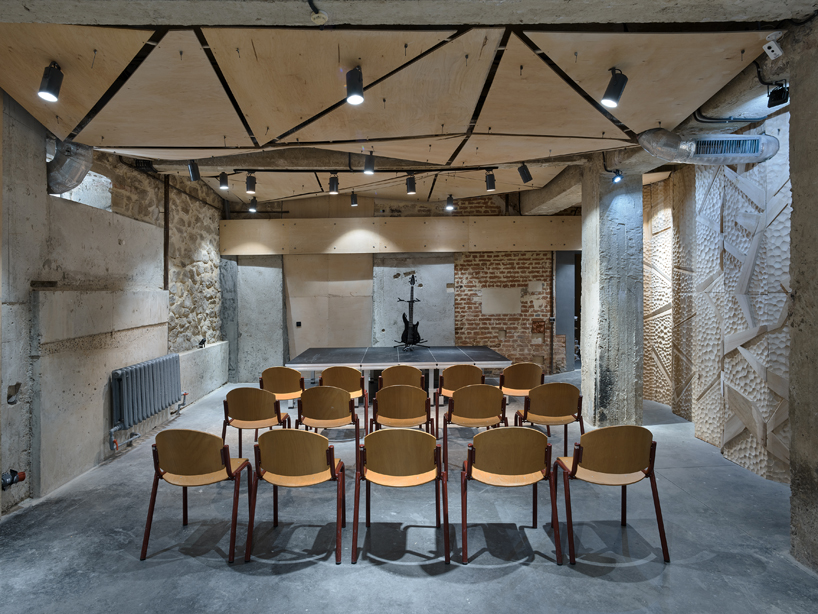 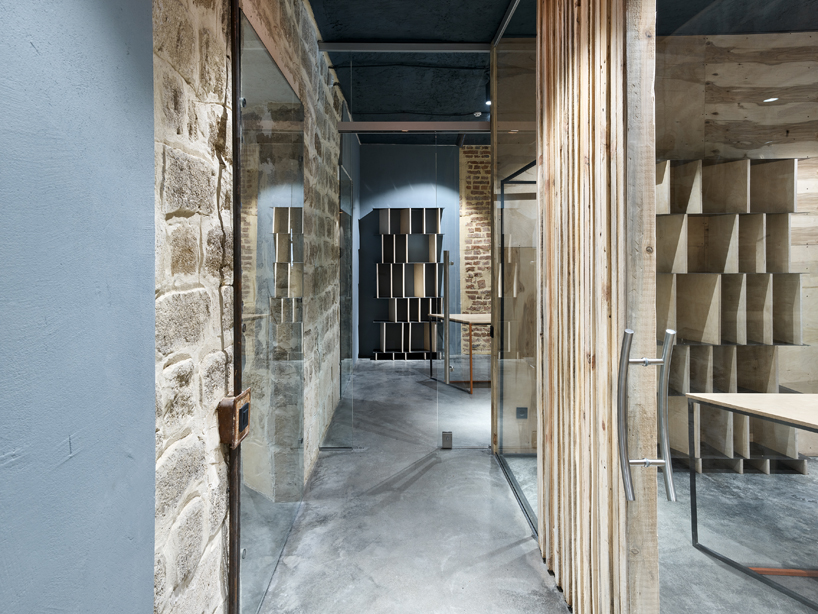 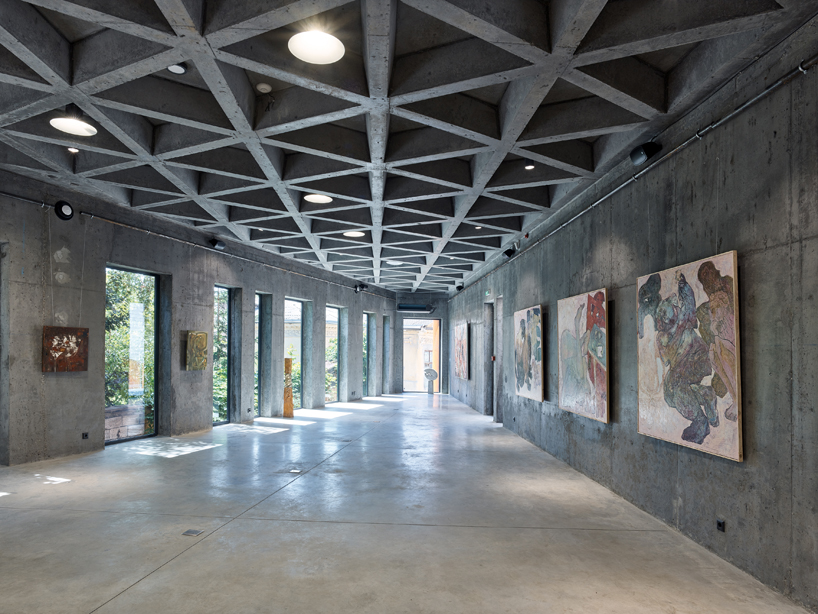 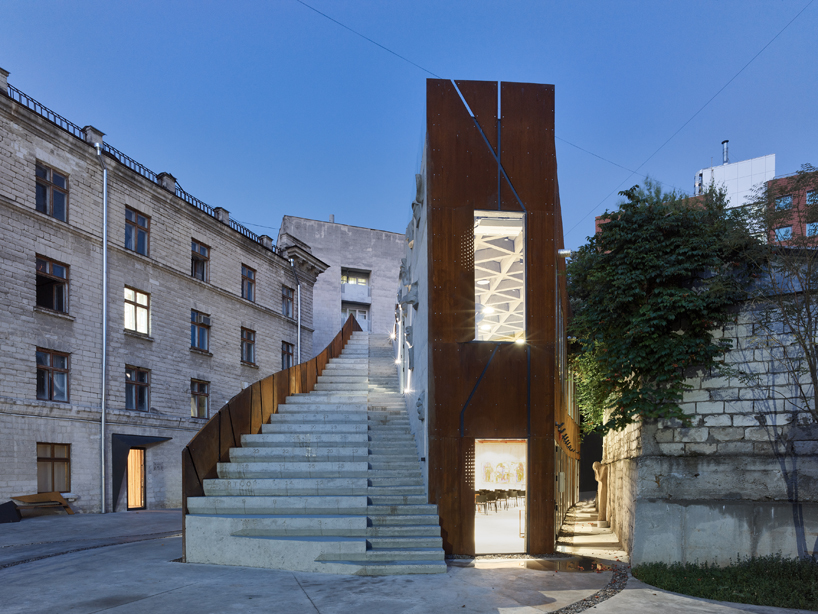 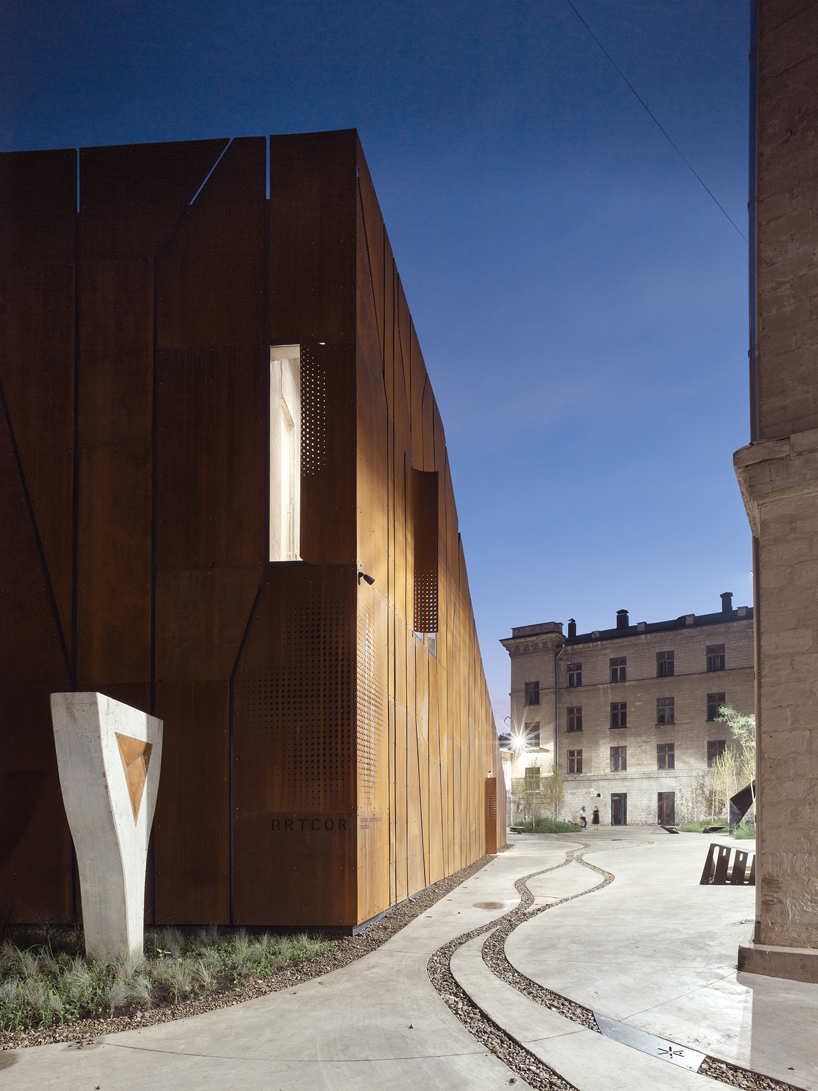 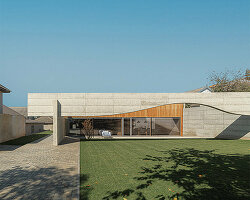 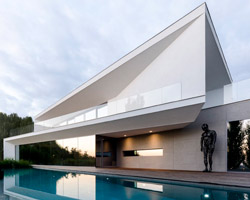 Feb 05, 2019
private house by line architects is conceived as an art gallery 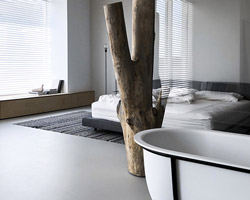