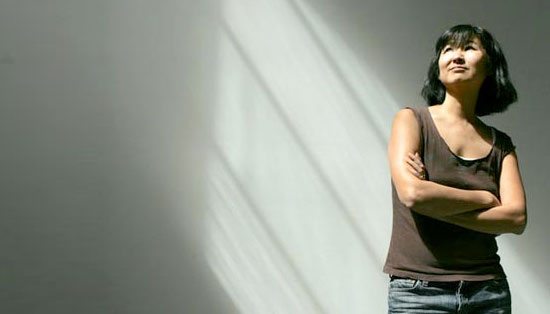 the museum of chinese in america opens its doors on september 22, 2009 with its new
core exhibition, with a single step: stories in the making of america.

the museum of chinese in america‘s newly renovated facilities at 211-215 centre street
with its 14,000-square-foot space is six times bigger than its original home.
the building, a converted industrial machine repair shop, was designed by maya lin.

a key element of the opening exhibition is its dialogue with maya lin’s architectural
centerpiece – a sky lit courtyard at the heart of the museum. the exhibit wraps around
and engages with the courtyard, which represents the idea of china – a collective origin,
which for many after the first generation, becomes a constructed, rather than an actual,
memory. not unlike the rooms of a chinese house, each section of the exhibit is connected
to the courtyard via portals. each one containing films of people narrating personal life
stories, demonstrating how history is propelled by individual moments of decision
making in the face of circumstances larger than themselves. external walls dialogue
with the inner, in order to provide the larger historical context for chinese american
struggles and achievements.

maya lin, 49, was born in athens, ohio, one year after her parents arrived in america
from china. she believes in giving back to the community with her architectural works.

‘their mission statement is to teach people about chinese-american history.i became
interested in chinese-american history when i taught a course at university of california,
berkeley, and i met other chinese-americans who grew up in different parts of the country.
i didn’t realize how isolated i was until i started sharing my story’ she said. ‘it means a lot
to me, i have got two girls, and it is important that they know that part of their heritage.’

one feature of moca’s new space is a ‘journey wall’ with bronze tiles bearing names of
chinese american families, where they emigrated from in china and where they wound up
in the united states. the new museum — which faces chinatown on one side — also will
have a display of portraits from different eras that will travel from one floor to the next. 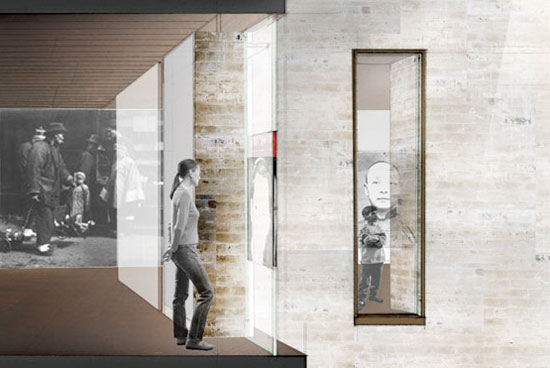 lin avoided the stereotypical chinese pagoda design common in chinatown.
her work in general takes its inspiration from different sources, from minimalism to
shaker design.

ms. s. alice mong, who formally assumes her new duties as museum director comes from
the committee of 100, a chinese-american leadership group whose founders include i. m. pei
and yo-yo ma.

the museum of chinese in the americas (the new name charles lai gave his organization in 1995)
is the east coast’s first and only chinese american history museum.
when lai created the new york chinatown history project in 1980, he
planned to spend three years documenting the history of chinese-new
yorkers. he discovered a surprisingly vast amount of material and 25
years later he
is still researching the legacy of his chinese-american pioneers.

moca collects documents, artifacts, rare papers, and cultural and folk history.
in the initial phase, with most exhibits still being installed, the museum is open only on
thursdays, with no admission charged.