the british city of hull has approved a new landmark bridge designed by london-based practice mcdowell+benedetti. work is set to begin in january 2016 on the ‘princes quay bridge’ after planning permission was granted by local authorities. the crossing is to open during hull’s city of culture celebrations in 2017. the bridge will span over the heavily trafficked A63 road, helping to reconnect the city center, old town, and princes quay areas to the marina, fruit market and humber dock to the south. the project has been conceived by lead designer arup working with architects mcdowell+benedetti. 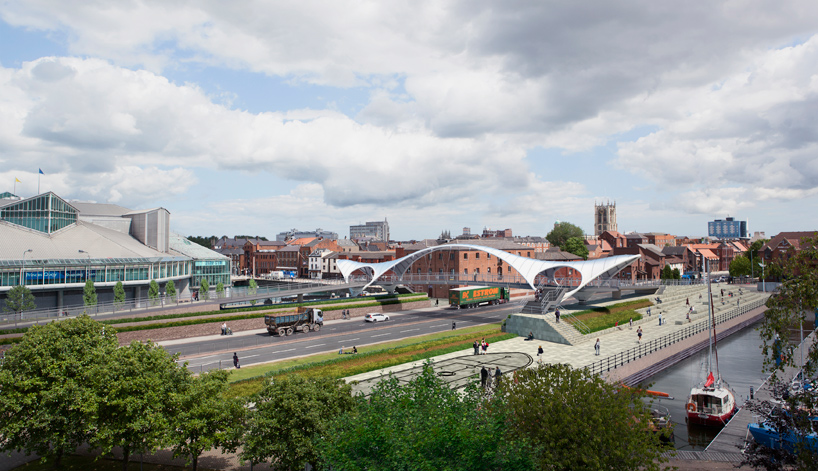 the bridge will help connect the city center with the marina

the scheme offers an accessible and safe connection, while landscaped approaches create a series of distinctive spaces for the public to enjoy the waterside, and views over the historic town and humber. the bridge deck itself is suspended from a steel hybrid arched-shell structure that also acts as a canopy to provide shelter for people using the crossing. 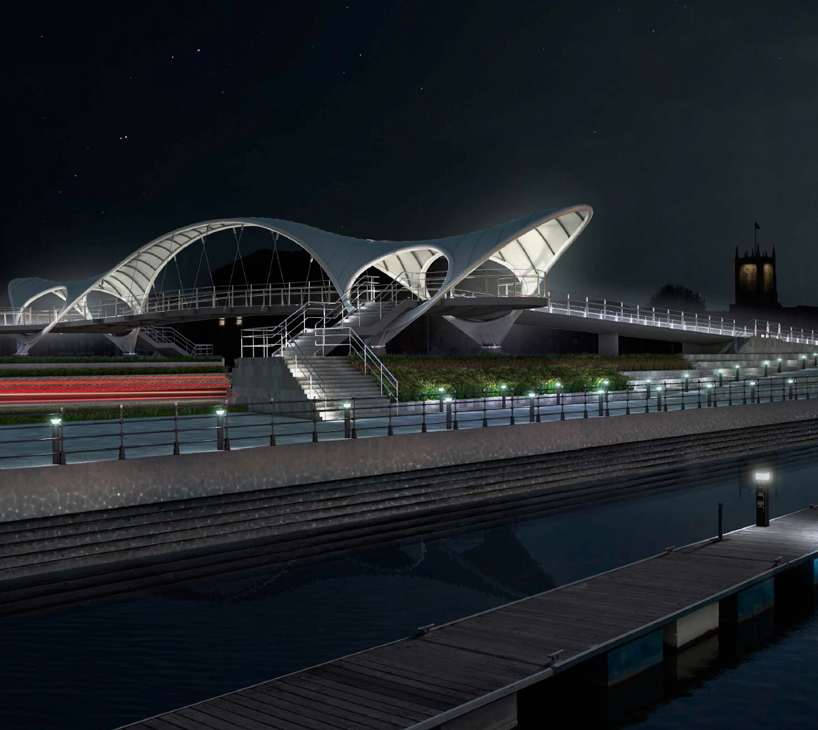 work on the bridge is set to begin in january 2016

the landscaped approaches are banked up towards the road, providing the necessary sloping paths, while screening public spaces from traffic. the north side has a predominantly soft-landscaped character, with trees and ornamental grasses. the south includes paved terraces with integrated ramps and steps to give views over the marina. the £11.5 million bridge is being funded by highways england with a £4m contribution by hull city council.