mecanoo has installed a striking timber roof canopy at keukenhof, the world famous flower garden in the netherlands. the structure — which serves as the site’s main entrance — rests on two built volumes, forming a engaging gateway to the park. the stepped roof structure of interwoven isosceles triangles provides shelter, while casting an ever-changing play of light and shadow. 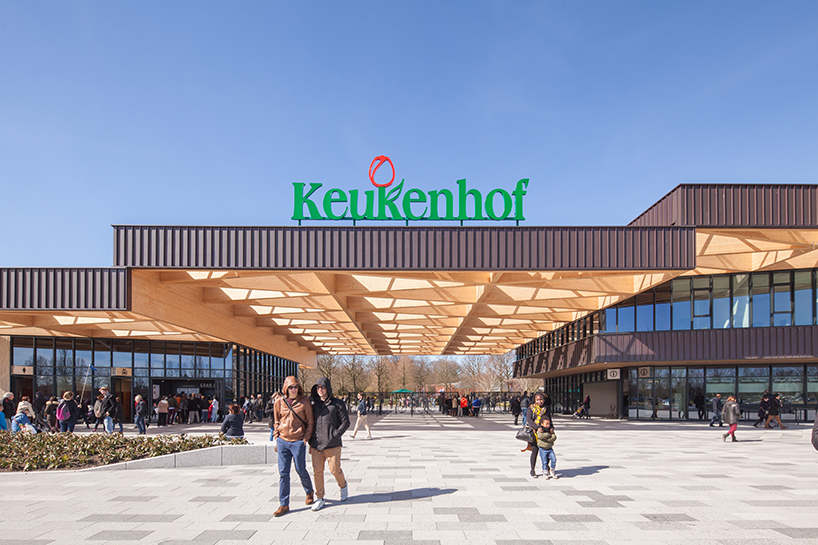 keukenhof, also known as the garden of europe, is one of the world’s largest flower gardens. located in the town of lisse, the attraction welcomes more than 1 million visitors each year from more than 100 different countries. ‘the gatehouse is the transition between the outside world and the world of keukenhof and all its flowers,’ explains francine houben, mecanoo’s creative director. ‘while walking through the entrance, you will see the beautiful dutch skies above framed by timber triangles. look down and you will see an intriguing pattern of triangular shadows on the ground.’ 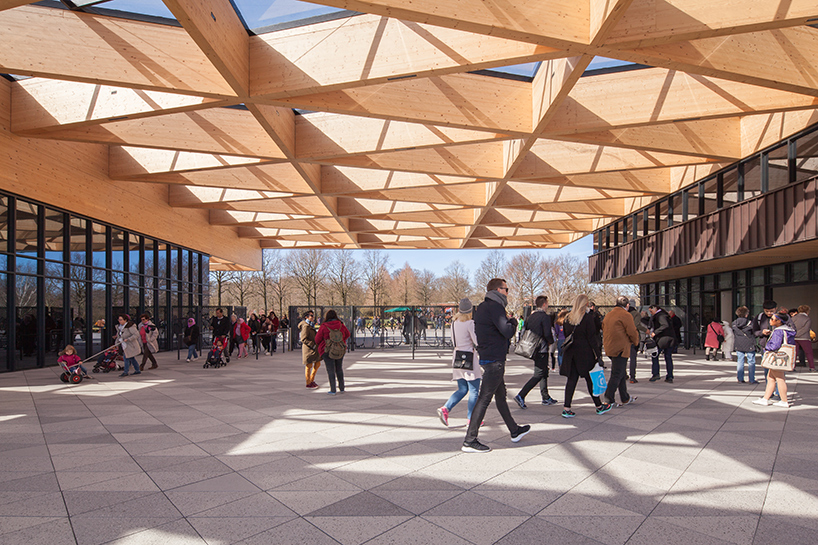 the structure serves as the site’s main entrance

the design comprises a forecourt that leads visitors from the main car park to the entrance. the gatehouse contains public functions such as cash registers, information desks, and retail outlets, while the offices on the first floor — used throughout the year — offer sweeping views across the park. on warm days, the glazed façade can be opened almost entirely. the scheme employs a range of natural materials, including wood, copper, and brick, so as not to detract from the rural landscape. 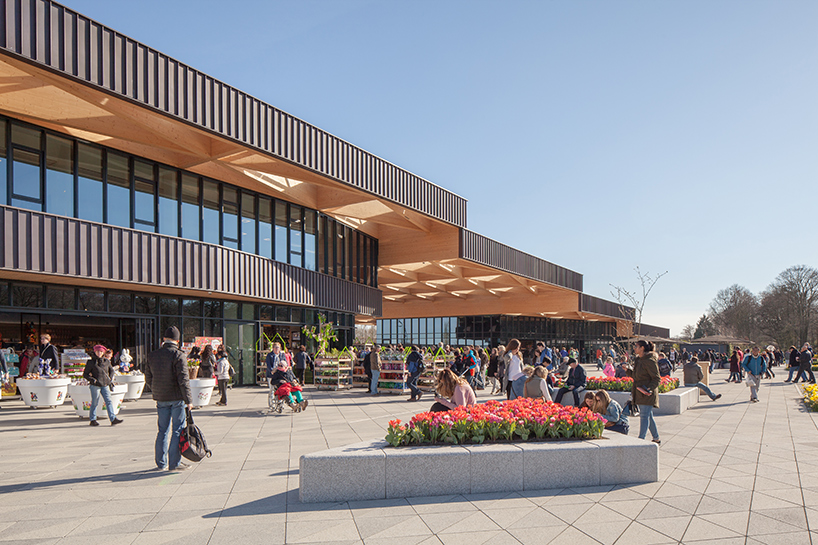 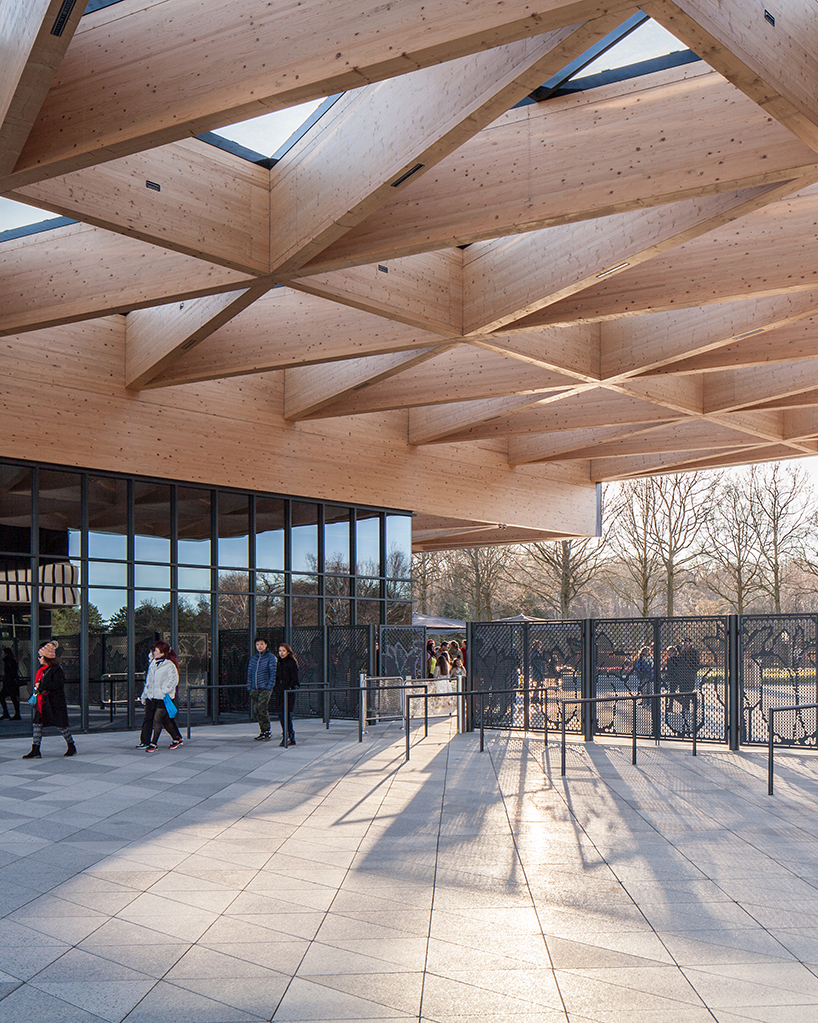 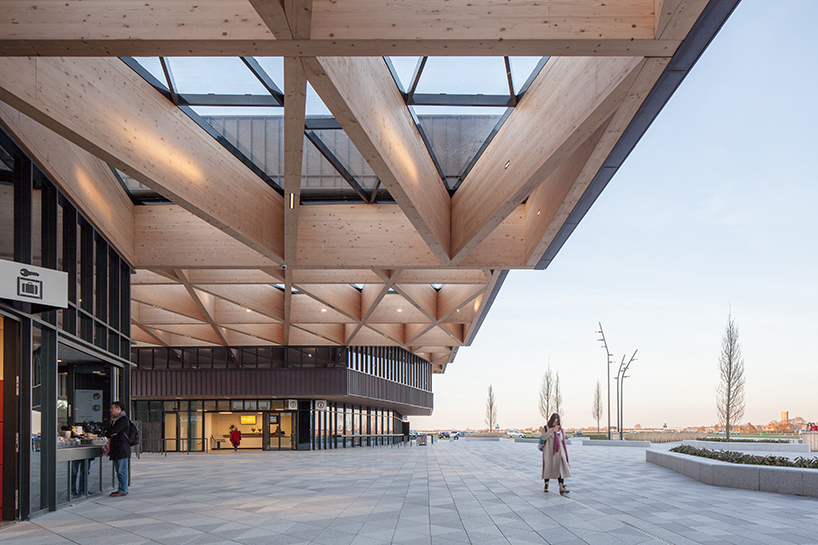 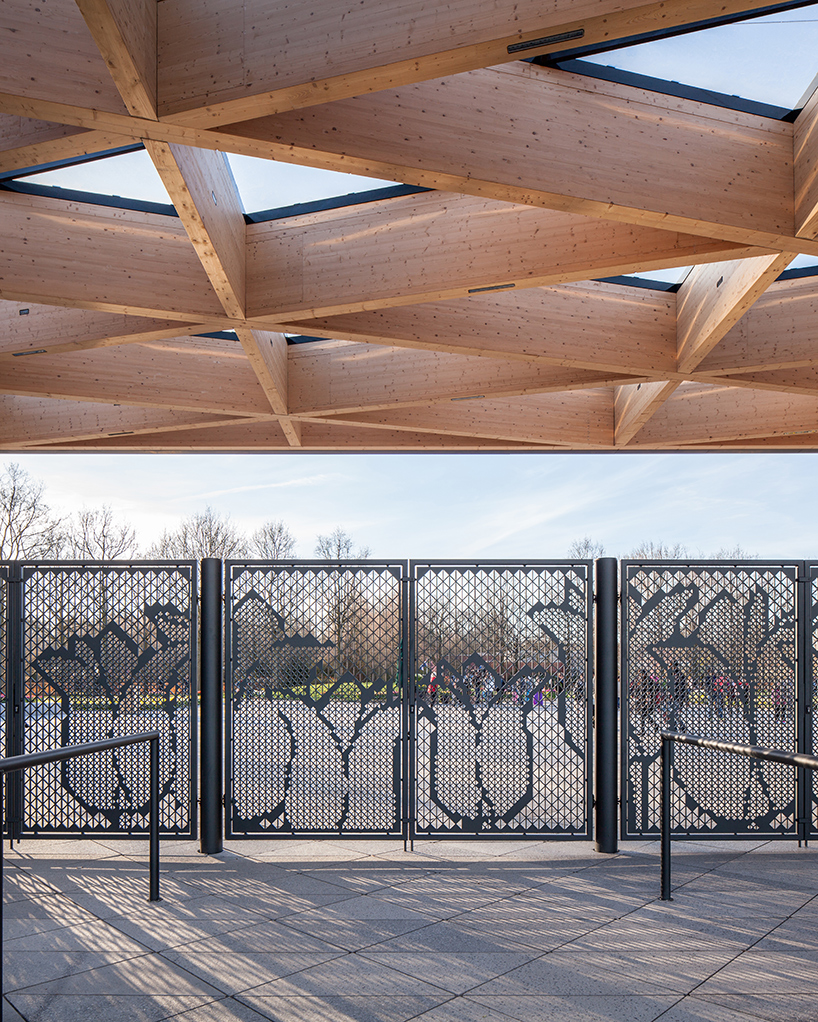 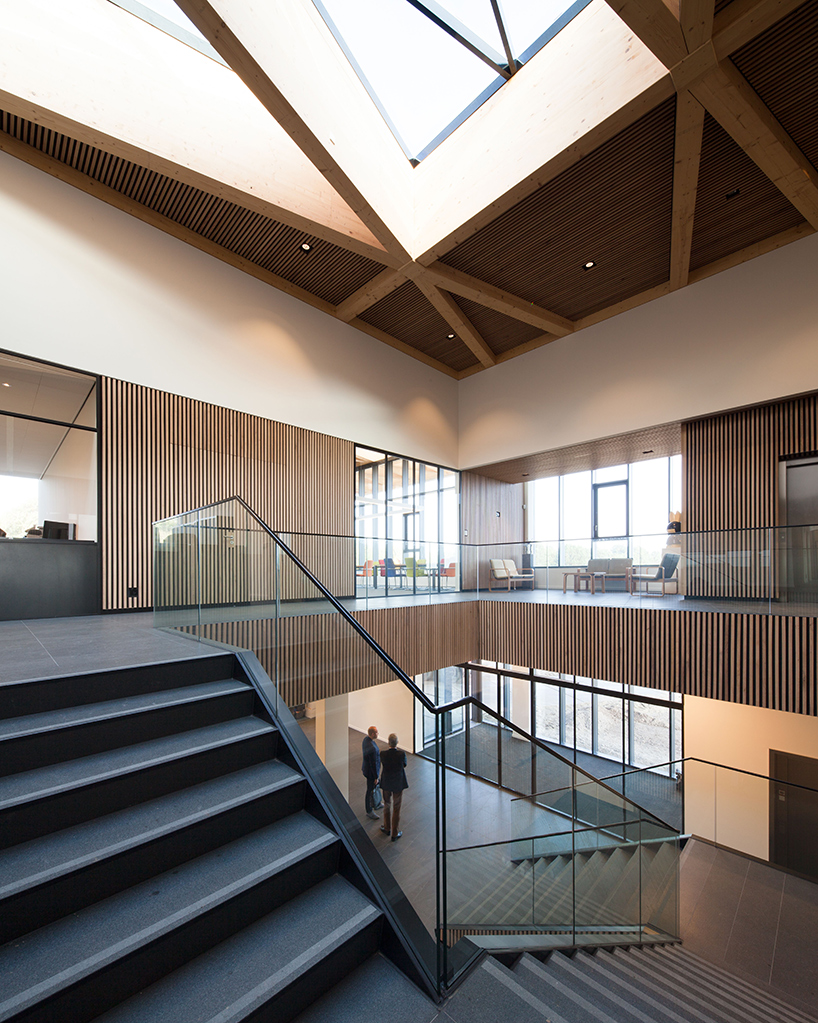 offices on the upper level offer sweeping views across the park 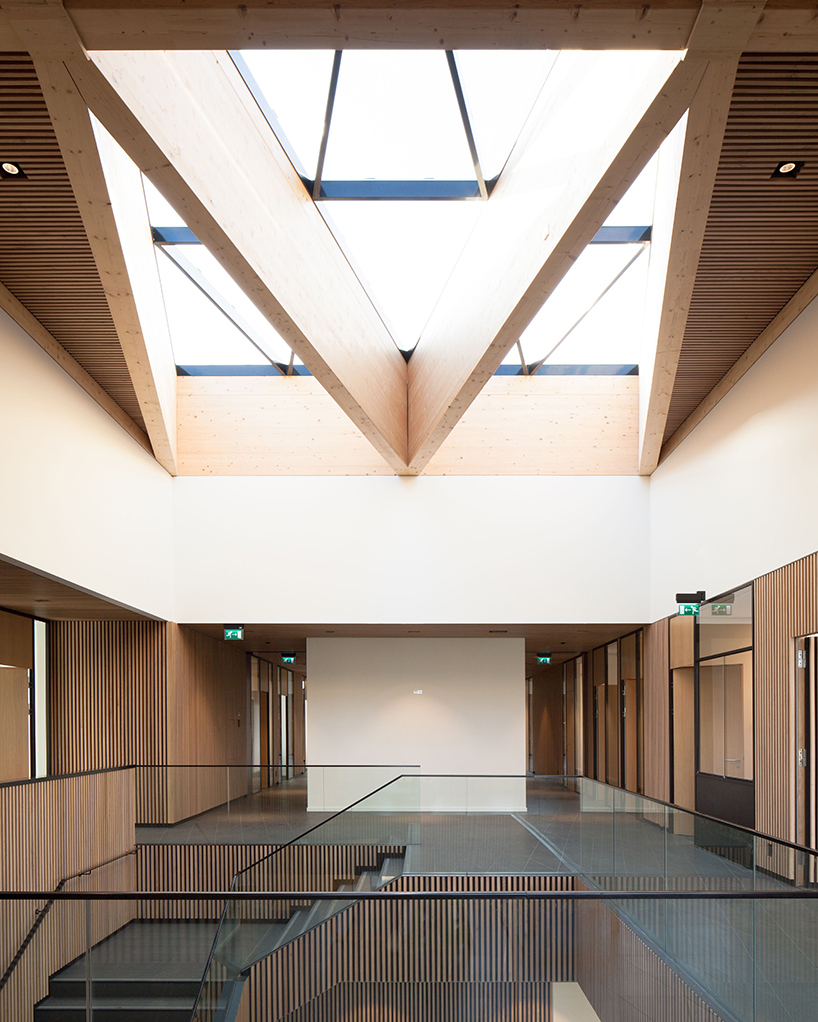 the scheme employs a range of natural materials, including wood, copper, and brick 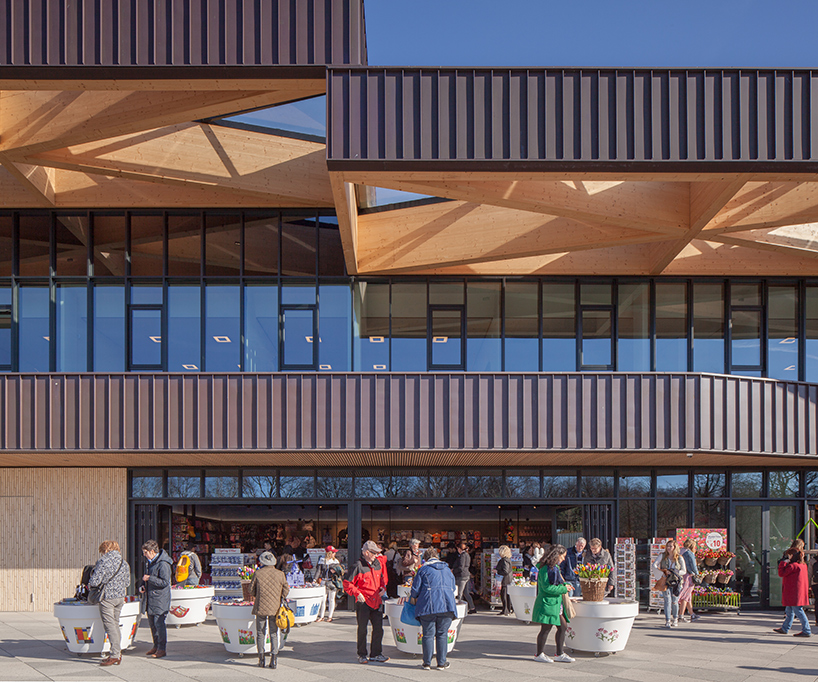 keukenhof, also known as the garden of europe, is one of the world’s largest flower gardens 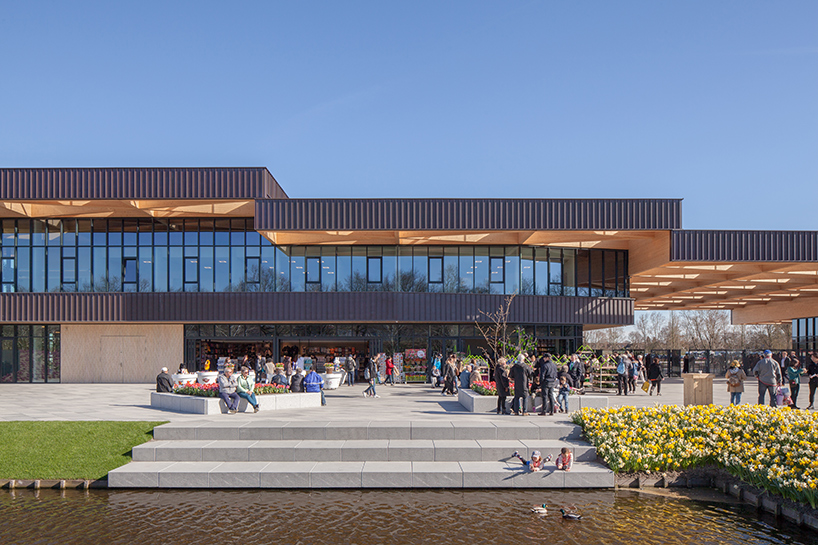 the attraction is located in the dutch town of lisse 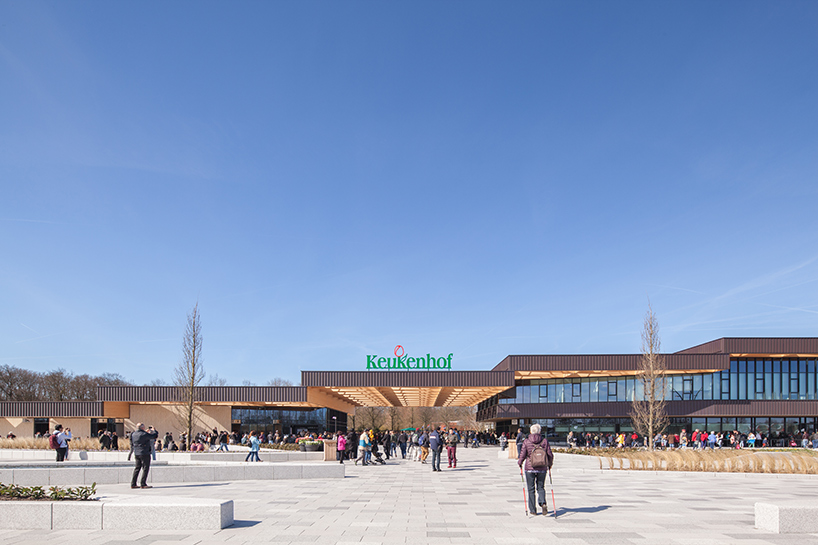 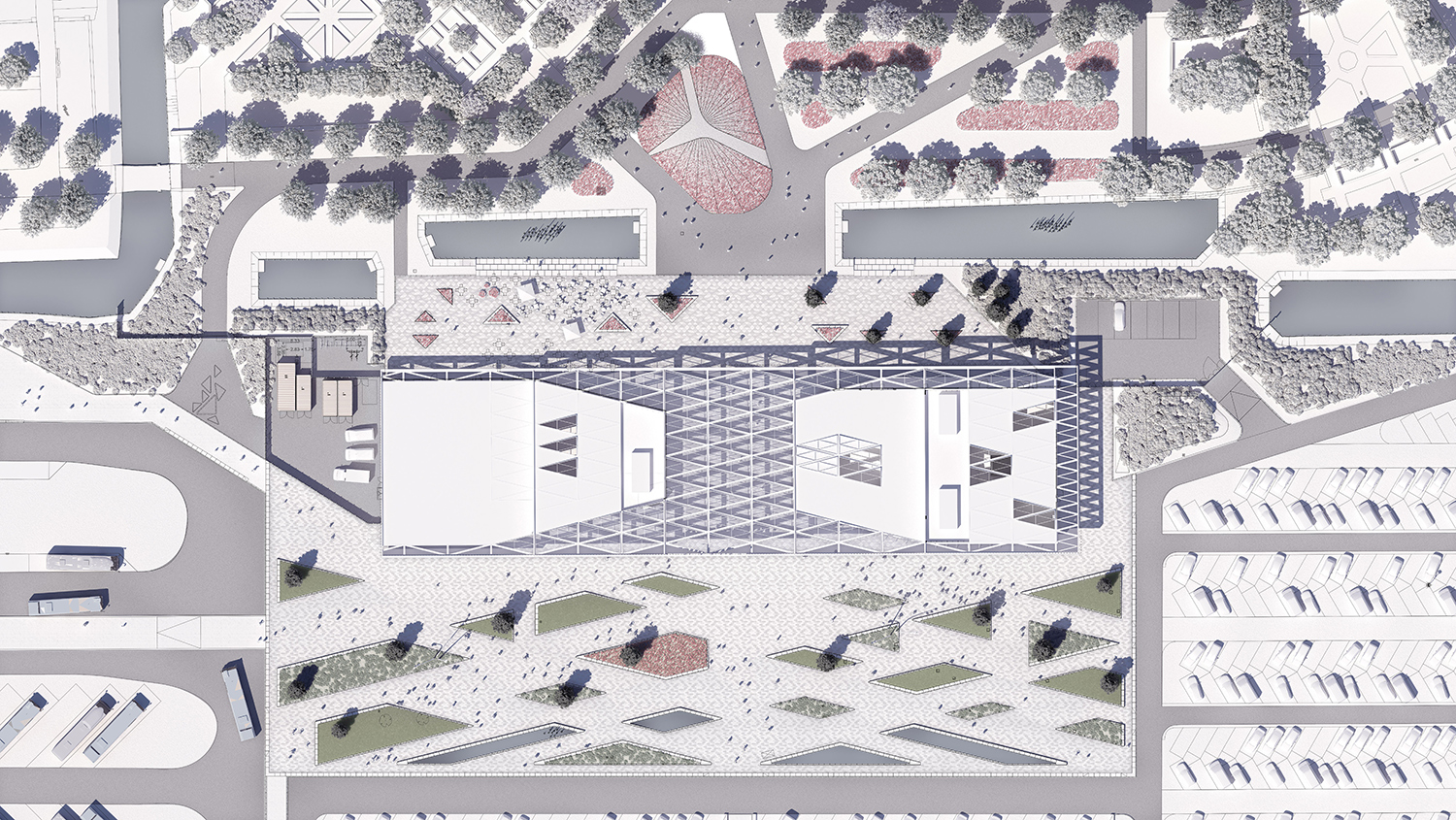