dutch architecture studio mecanoo has presented plans for a 14-storey tower in seoul, located next to one of south korea’s oldest and largest markets. since its origins as a government managed commercial space in 1414, the namdeamun market has become an important 24-hour destination for trade, as well as a popular tourist attraction. according to the architects, the area’s history and regional traditions have informed the design of the ‘namdeamun office building’, connecting the past with present. 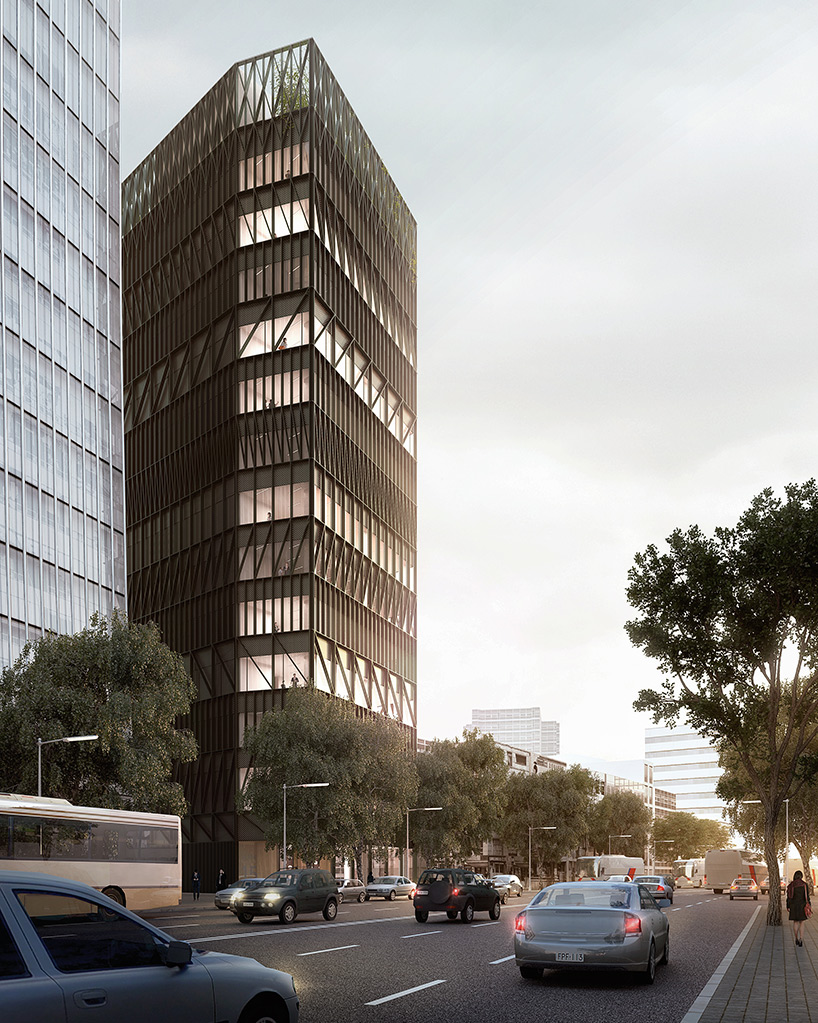 the building viewed from the passing street at dusk

currently under construction, the building’s façade is a reinterpretation the windows found on traditional korean homes. ‘the role of the frame extends beyond decoration, continuously creating different atmospheres, filtering incoming light and making shadows across the interior spaces,’ explains mecanoo. the slender building sits on a prominent corner plot opposite the market, maximizing the land allocated for the scheme. 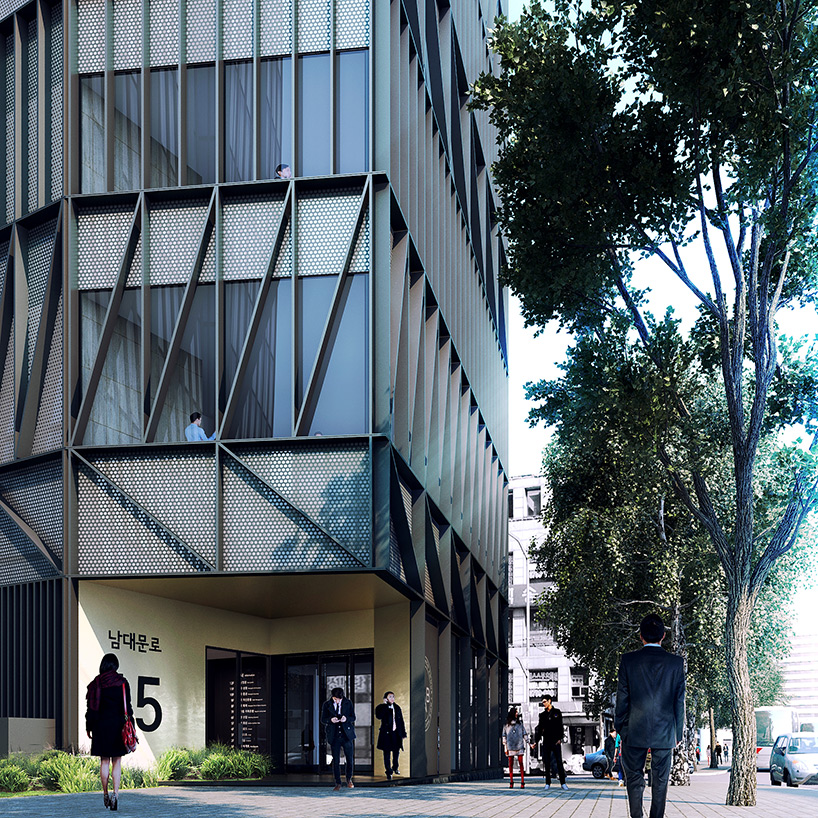 entrance to the 14-storey office tower

the tower’s rational form and monochrome materiality acts as a visual counterbalance to the colorful frenzy of the adjacent marketplace. ‘the relationship between the building and its surroundings reflects the passing of time, changing from day to night,’ continue the architects. during the day, the façade reflects sunlight, while during the night, the building glows subtly from within, revealing the elevation’s distinctive pattern. the project is expected to be complete by the end of 2016. 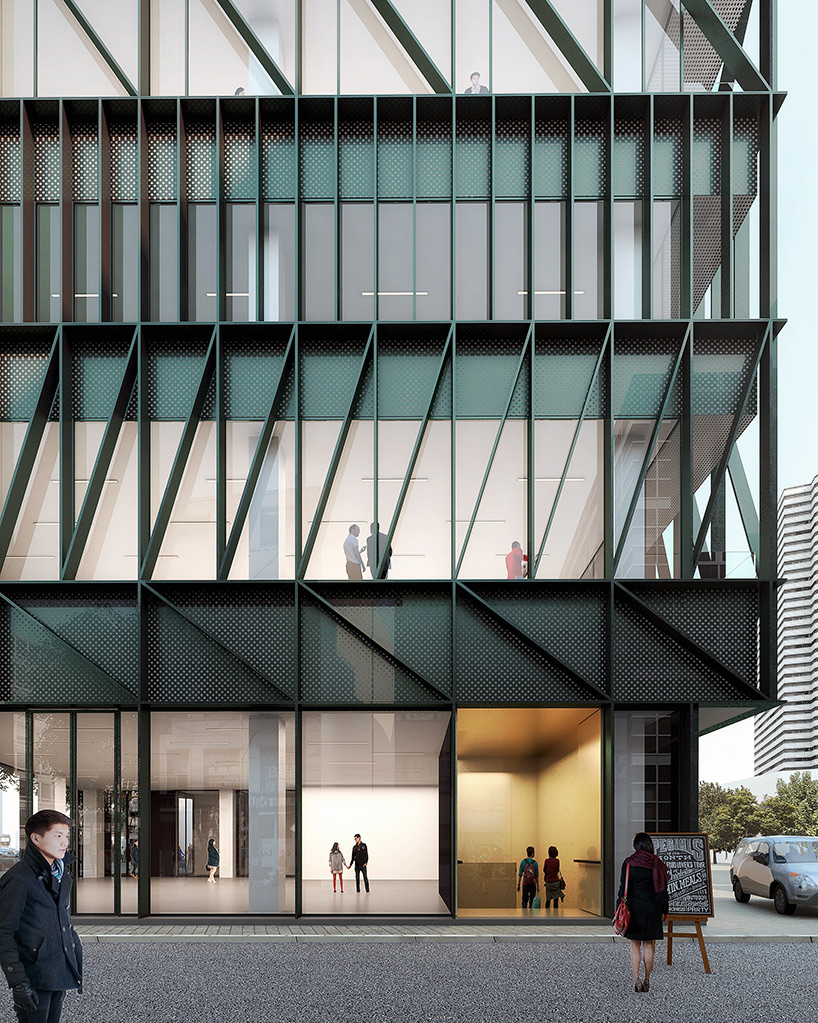 the building contains a restaurant at ground level 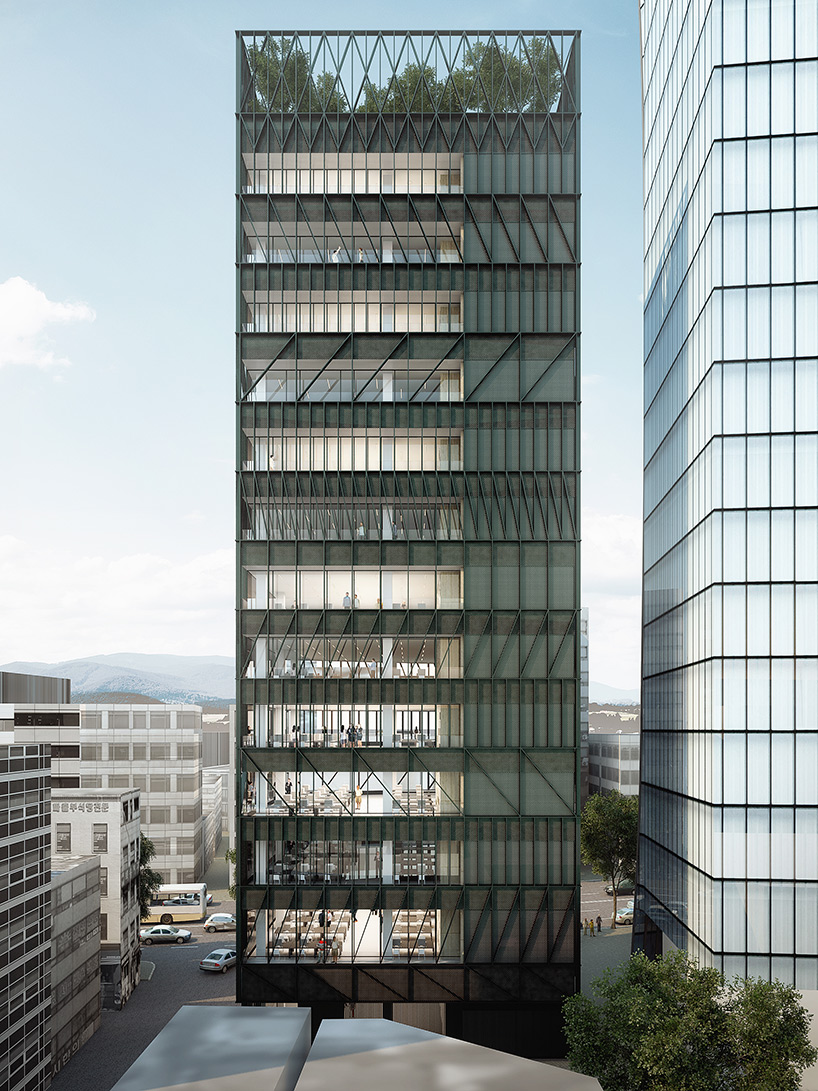 during the day, the façade reflects sunlight 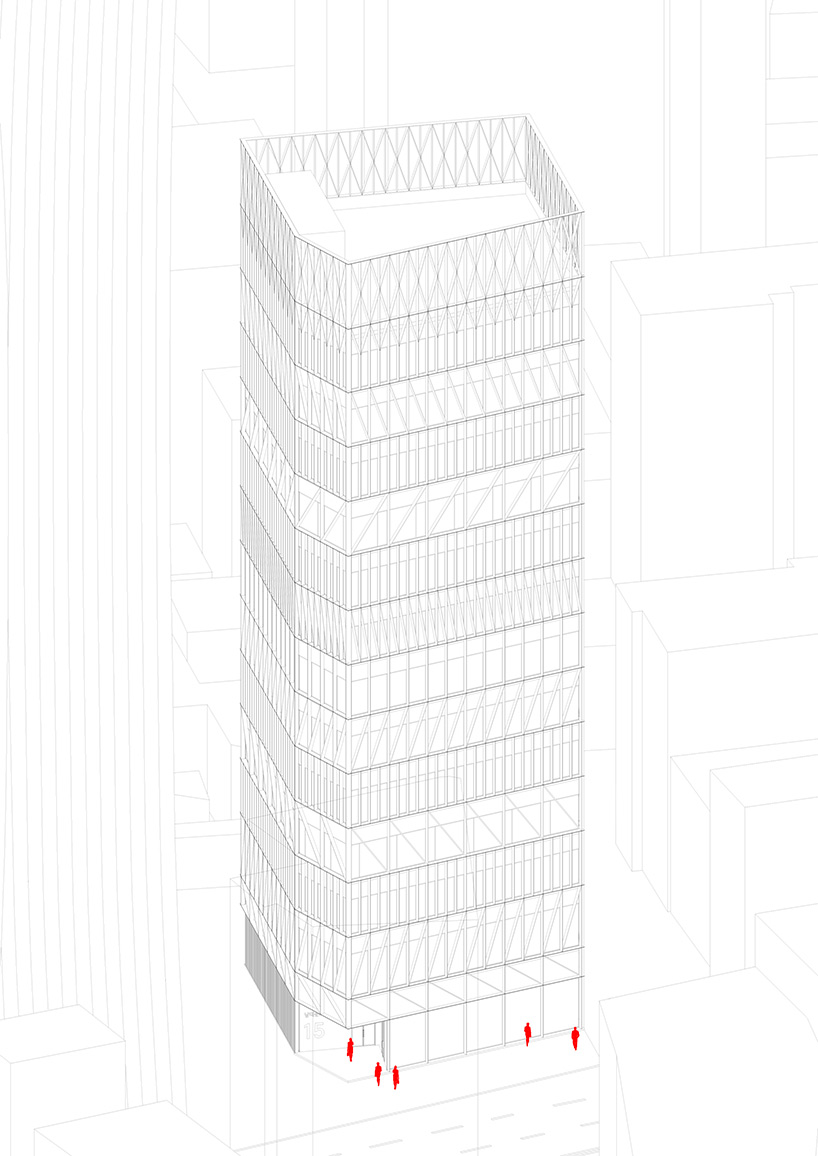