in celebration of their ten years anniversary, yamaguchi center for arts and media (YCAM), commissioned megumi matsubara and hiroi ariyama of japanese architecture firm assistant to design a temporary summer structure. the team also  collaborated with the organization’s educational program. the resulting korogaru pavilion sits on the lawn of the cultural center known for introducing and exposing cutting edge technology-based art and media to japan and the world. the design consists of two circular enclosures intended specifically for the exploration of children. one of the volumes is open to the sky and has a translucent skin that plays with one’s perception of the world beyond its boundary. the other has an opaque fabric roof and is mostly enclosed by the material at the perimeter. each has a central structure that becomes a playground for the young visitors. the way in which they are finished creates different environments. for example the more solid part is not completely finished, allowing light and air stream into the space in a different way from its counterpart. these variations provide experiences of that differ greatly from the indoor atmosphere of the main technology, art and performance building. 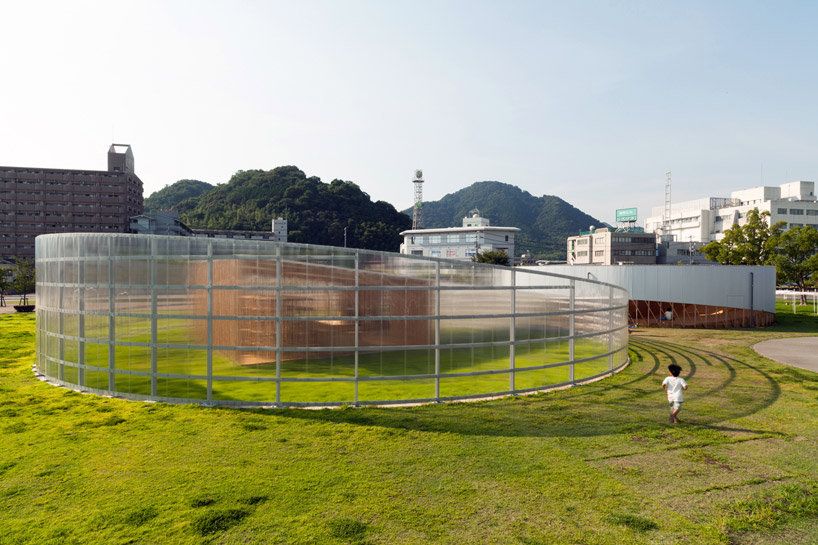 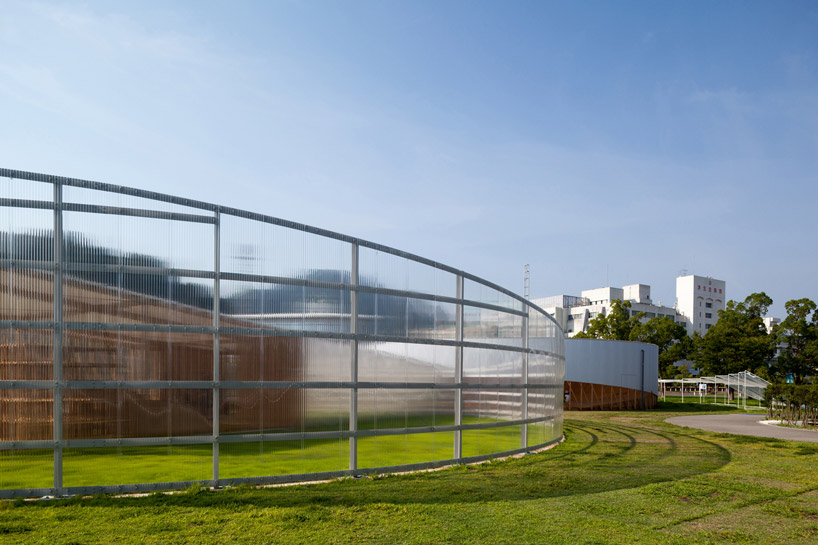 each part of the pavilion is distinctly finished, giving the children a variety of ways to experience nature
image © YCAM 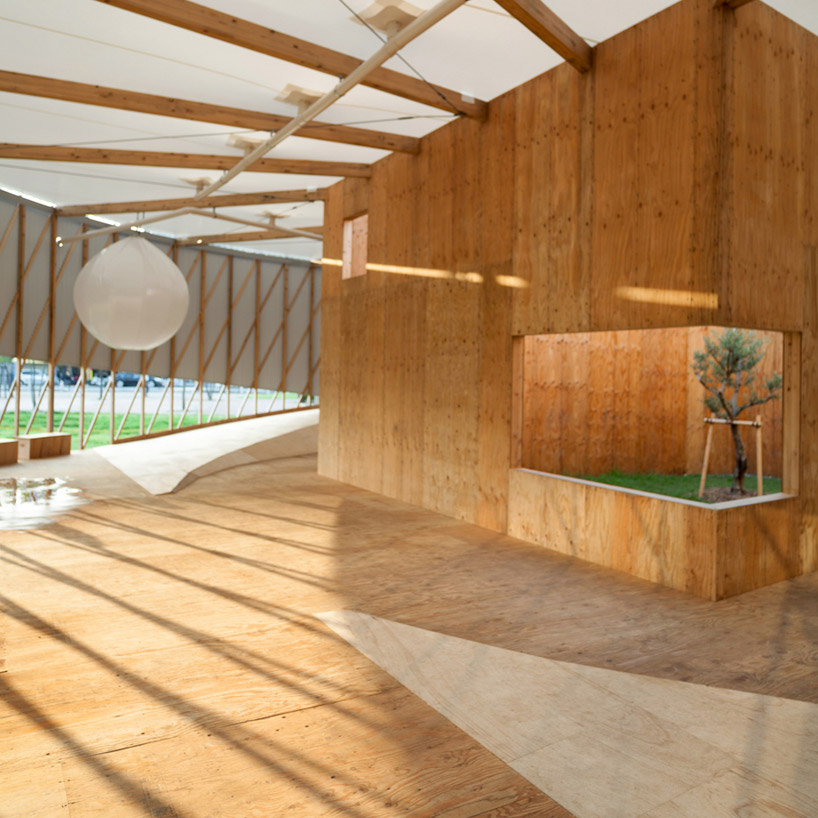 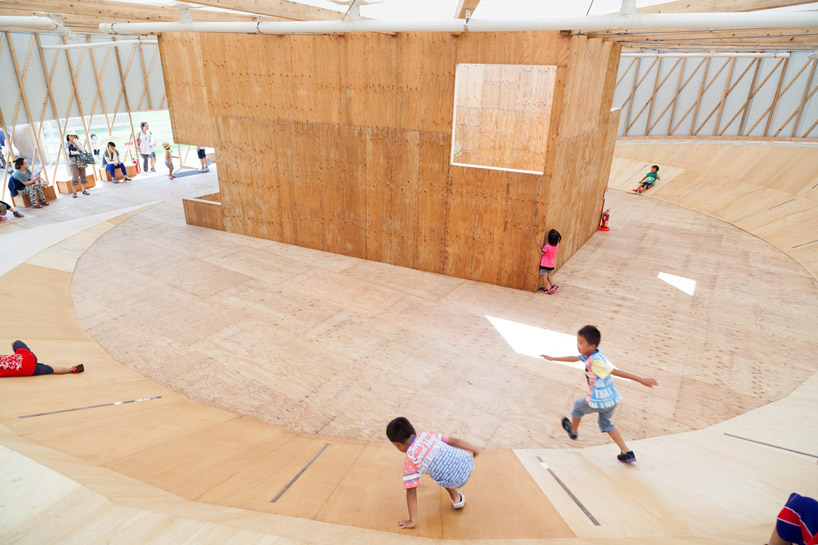 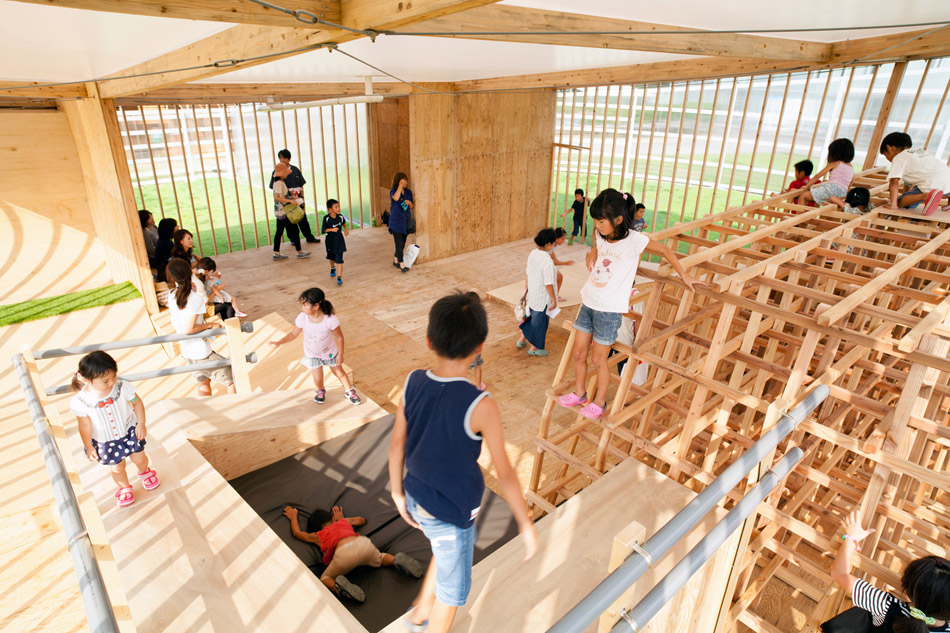 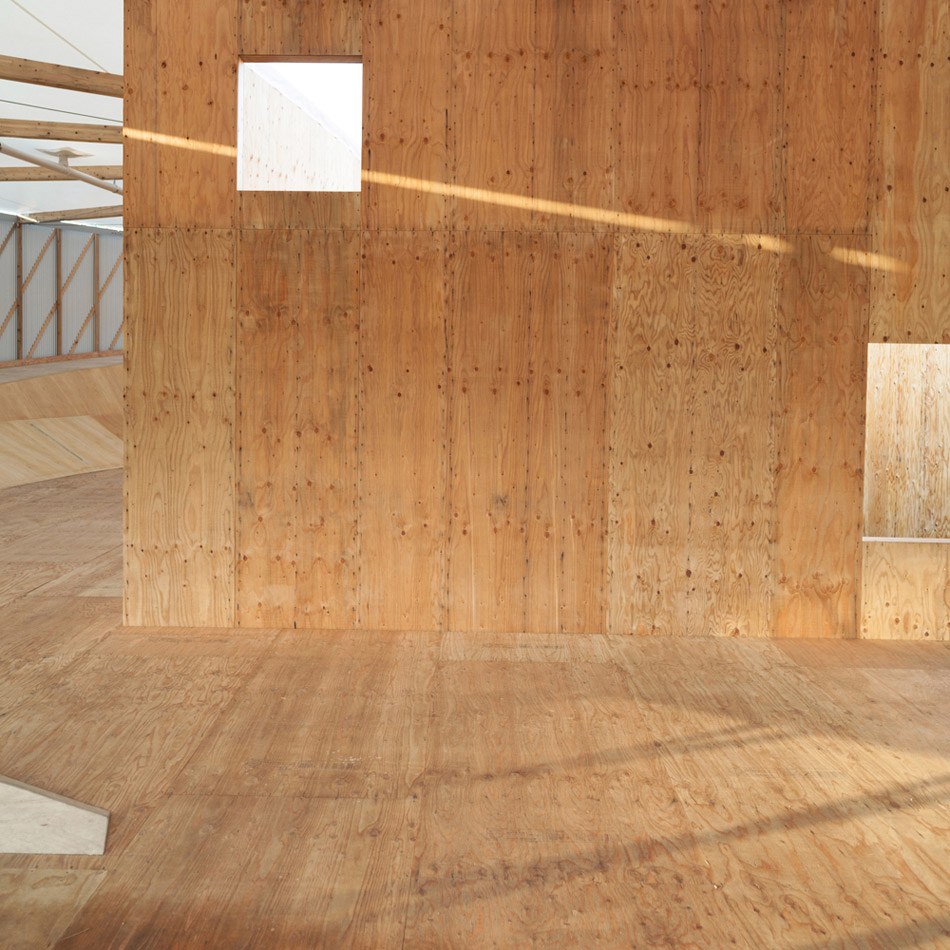 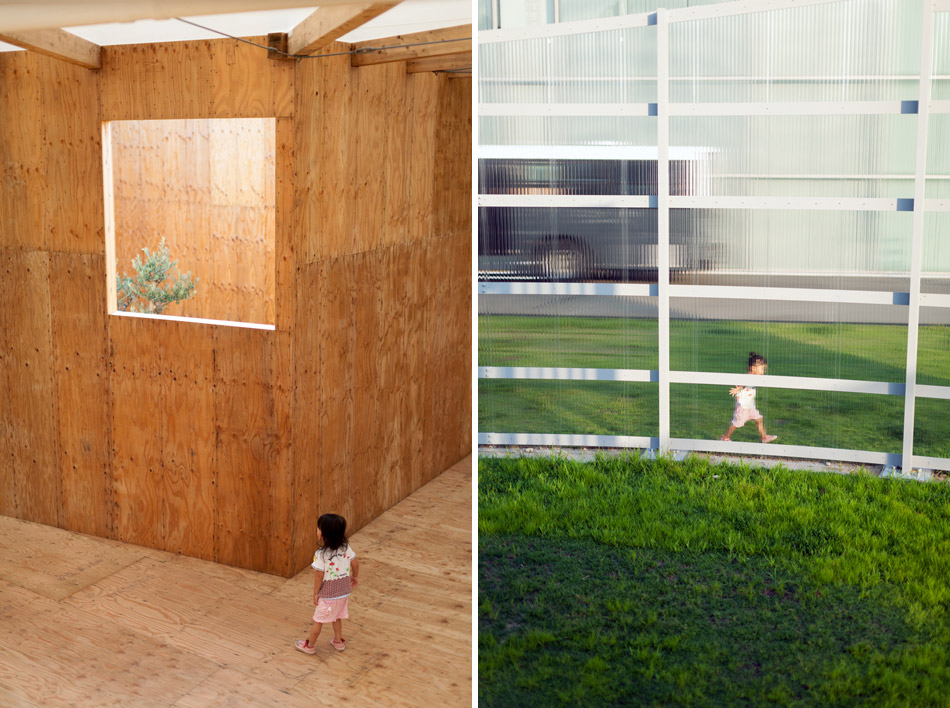 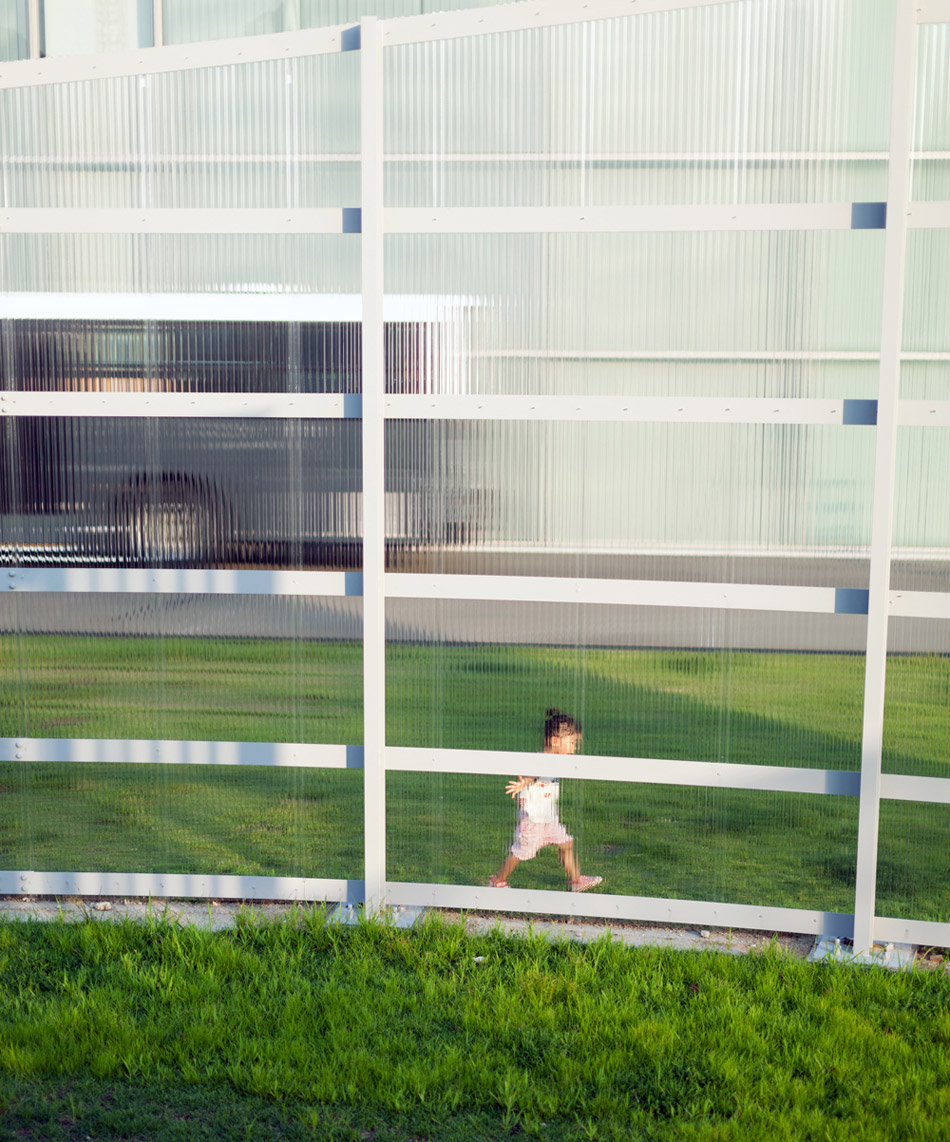 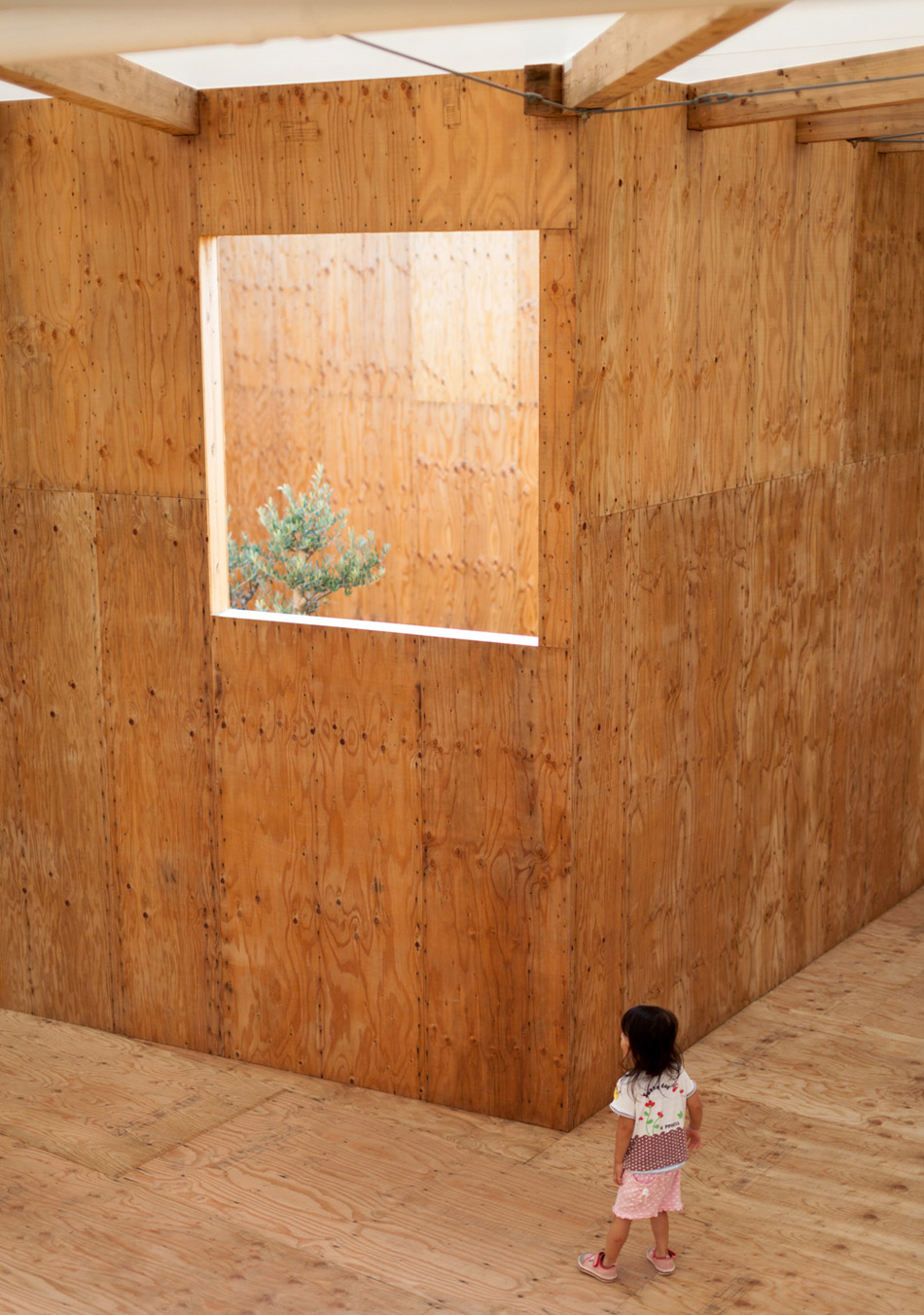 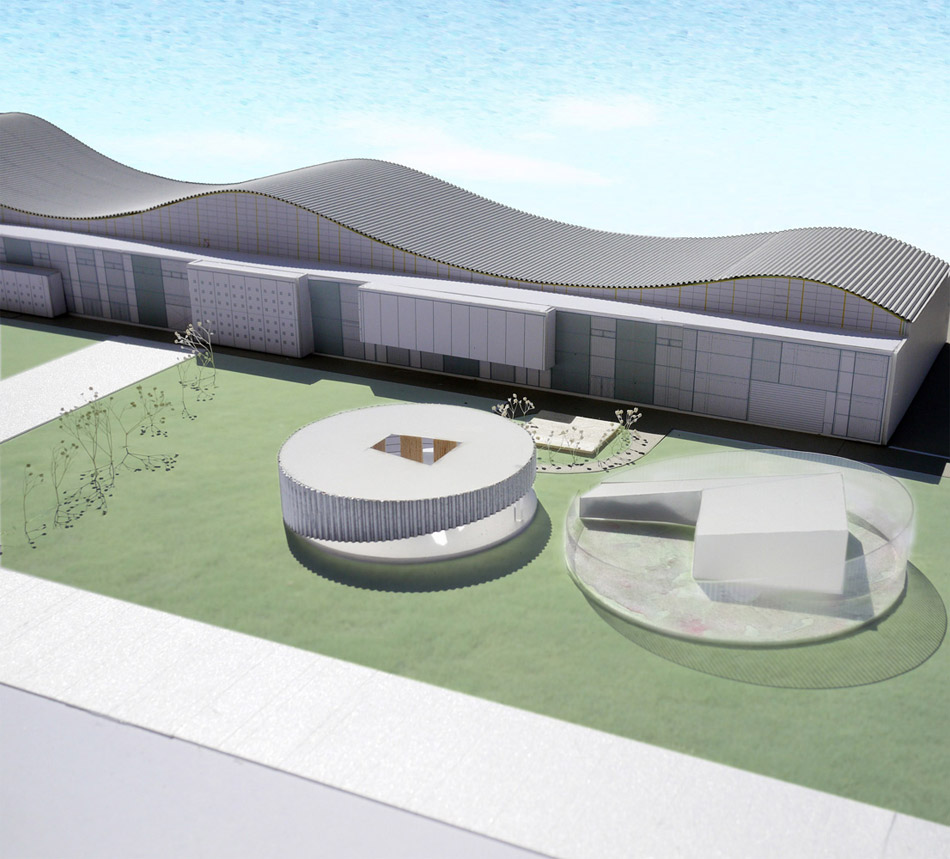 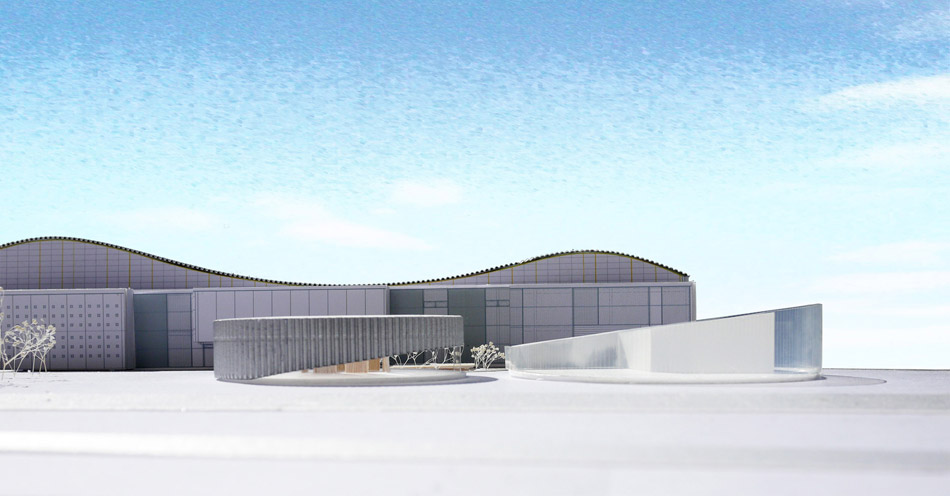 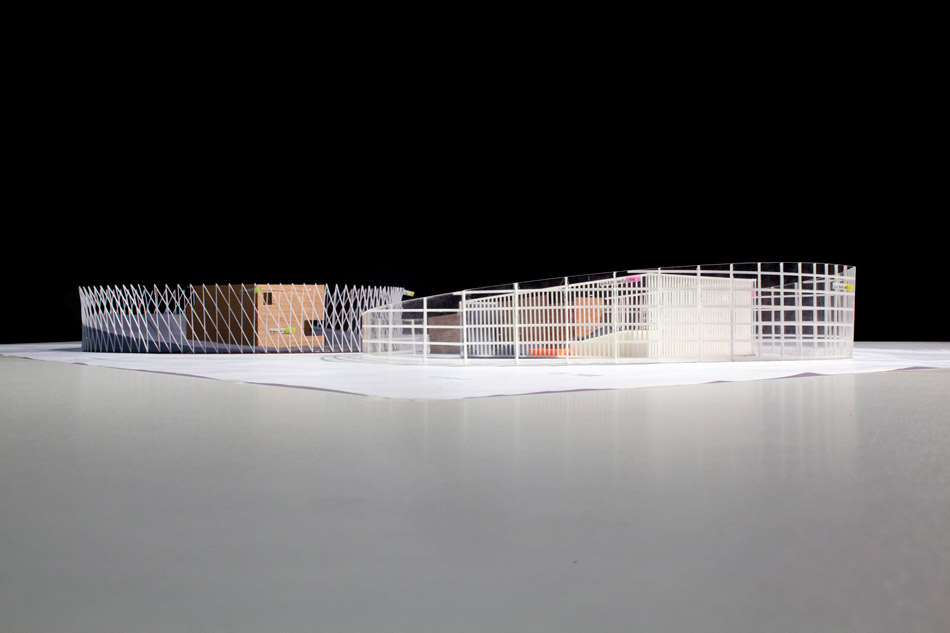 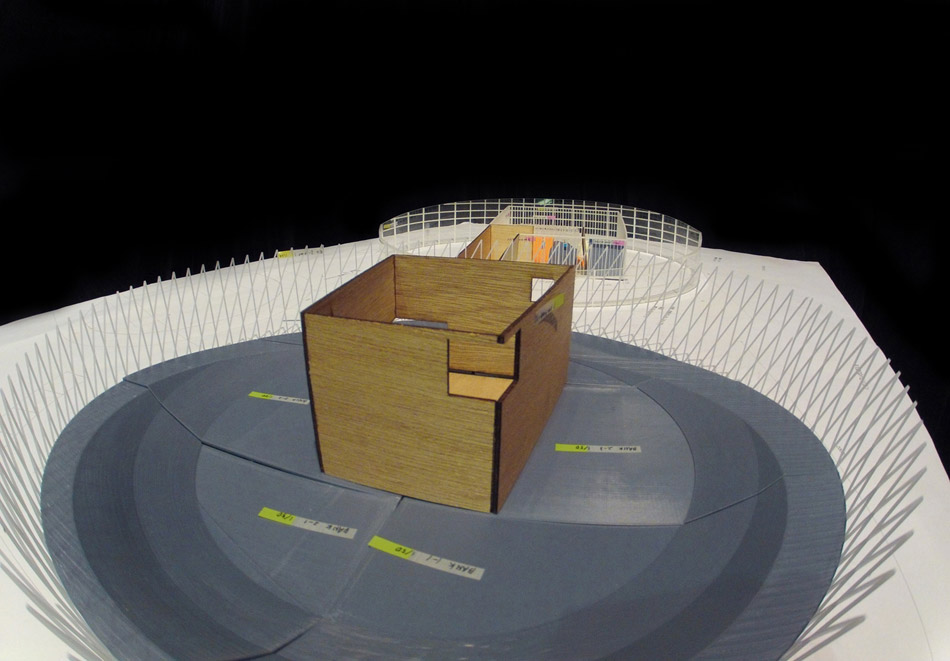 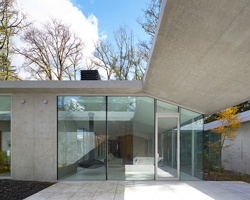 Mar 28, 2017
'it is a garden' house in japan organized around five courtyards 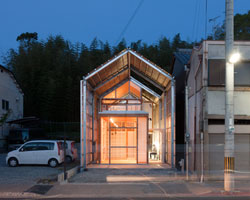