a new residential tower by mei architects and planners on the streets of churchilllaan, utrecht, hopes to revitalize property design in an area typified by post-war reconstruction. entitled ‘de verkenner’, or ‘scout’, the building stands as a gatekeeper to the district of kanaleneiland. the tower is comprised of a mixed architectural program of housing: there are 71 private sector dwellings in the upper portion, 15 social sector dwellings specifically for autistic youths, and 9 live-work units in the base of the building.

the facade of the building is ‘slow made’ with an emphasis on sourcing local materials and production techniques. tonally, the color of the exterior harmonizes with the surrounding brick buildings, but is itself made of concrete. the vertically focused design of the project is a response to the predominantly horizontal articulation of the flats that dominate the kanaleneiland area. in an attempt to reduce noise pollution in the living areas, mei architects and planners has designed ‘de verkenner’ as mostly closed in character, but balconies and openings increase towards the top of the building. 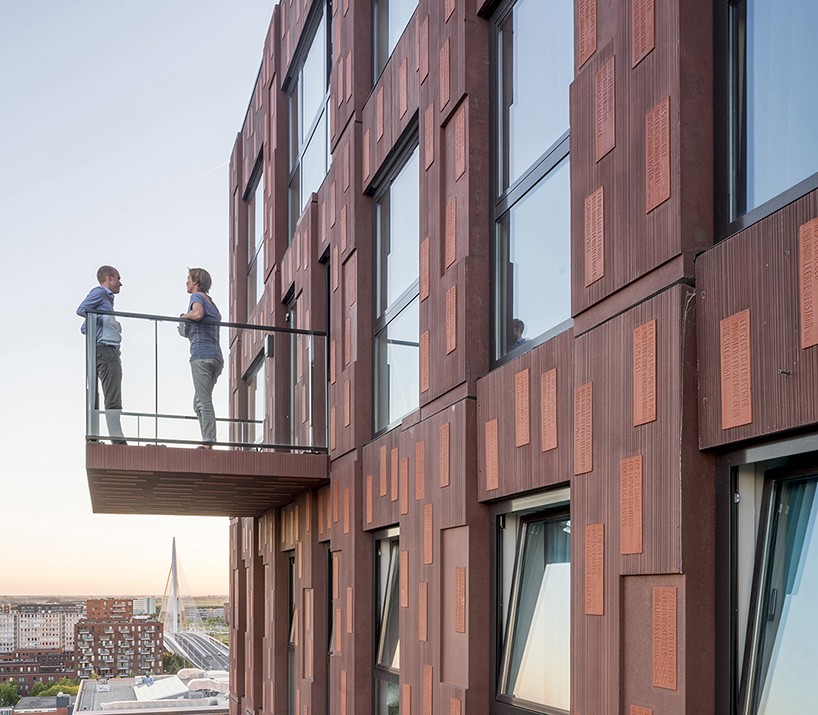 this is especially true on the development’s sunny southern side, where de verkenner dramatically opens up, making way for balconies and outdoor spaces. to allow for optimal daylight penetration and warmth, the balconies here are made of ultra-strong concrete, just 7 cm thick. a typically neglected aspect of apartment design, the texture of the exterior extends onto the under-side of the protruding balconies, creating a cohesive, fully realized presentation. inside, de verkenner is outfitted with yellow rails and champagne-colored frames, a scheme the firm hopes will help brighten the development on even the rainiest of days. 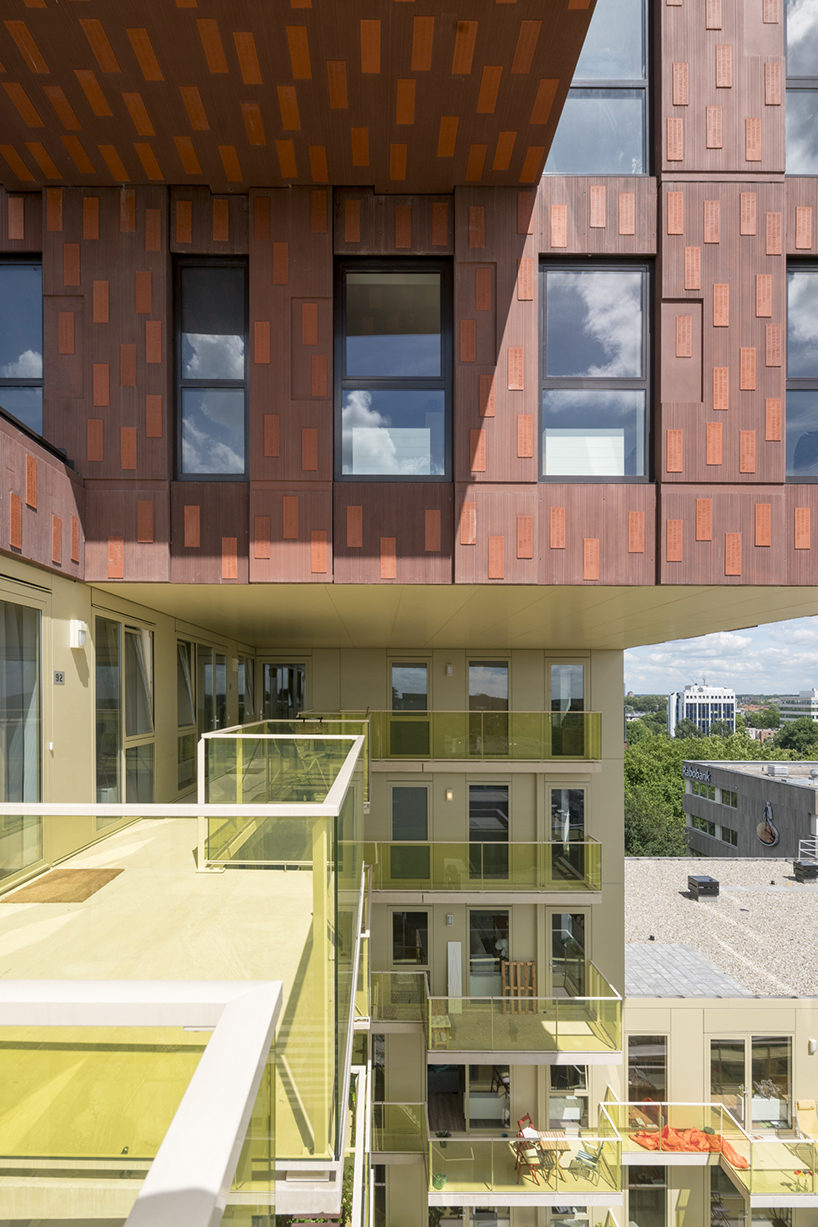 in a personal touch, mei have collaborated with visual artist milou van ham and poet tsead bruinja to pepper the face of the building with custom made ceramic tiles, inscribed with lines of poetry. in keeping with their locally sourced mean of construction, the firm has enlisted the help of royal tichelaar makkum, the oldest company in the netherlands, to produce the tiles. the tiles, collectively entitled ‘rose & concrete’, are intended to be read either as individual poems or as part of a broader narrative. the verses tell stories of ordinary life — of living in flats, houses or apartments, in cities or towns — together. passers-by can combine and compare the poems, creating a fresh, exciting narrative each time, reflective of life in the city.

in an region of utrecht that has been flagged as a problem area by the dutch ministry of housing, the tiles are heartwarming addition to the building, encouraging a sense of history and community. 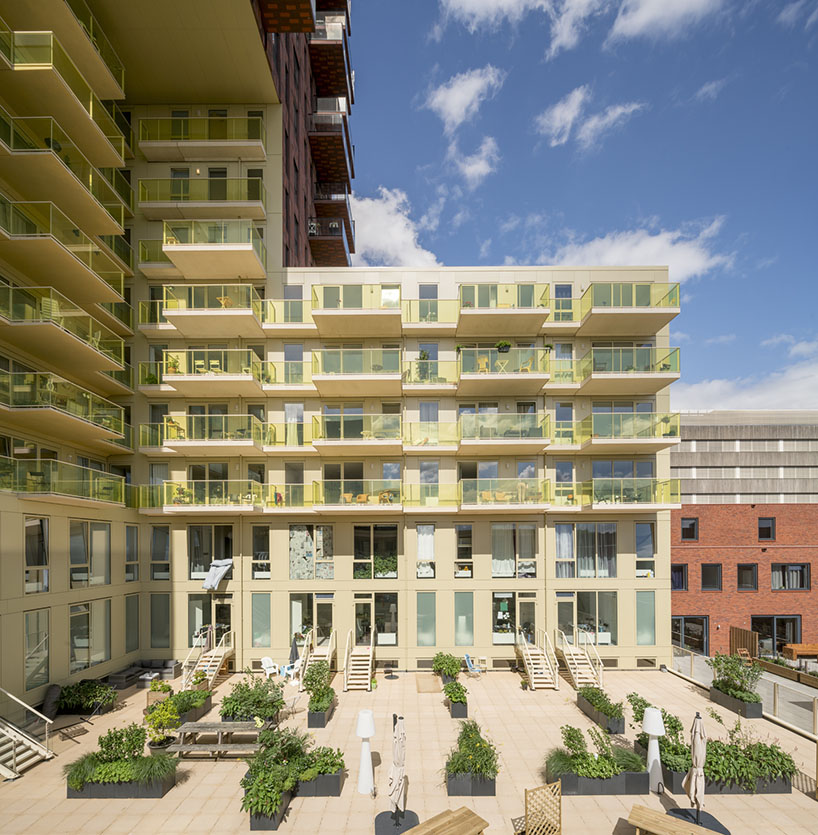 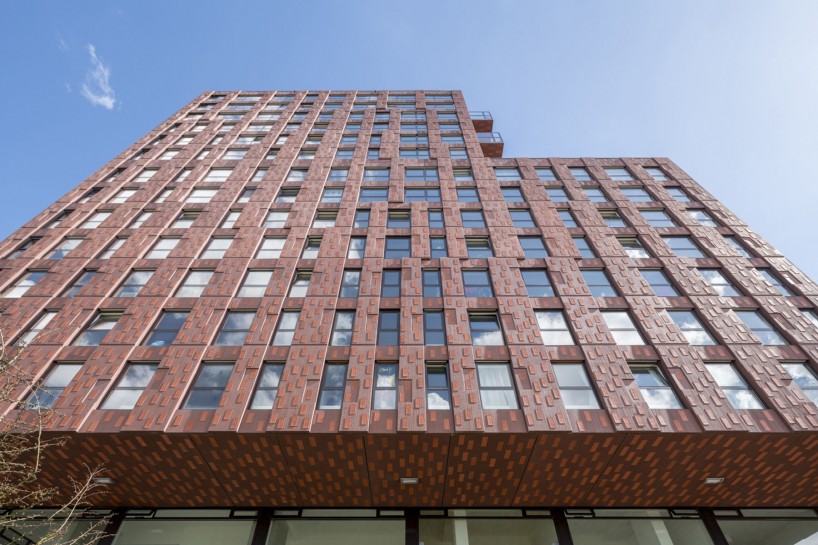 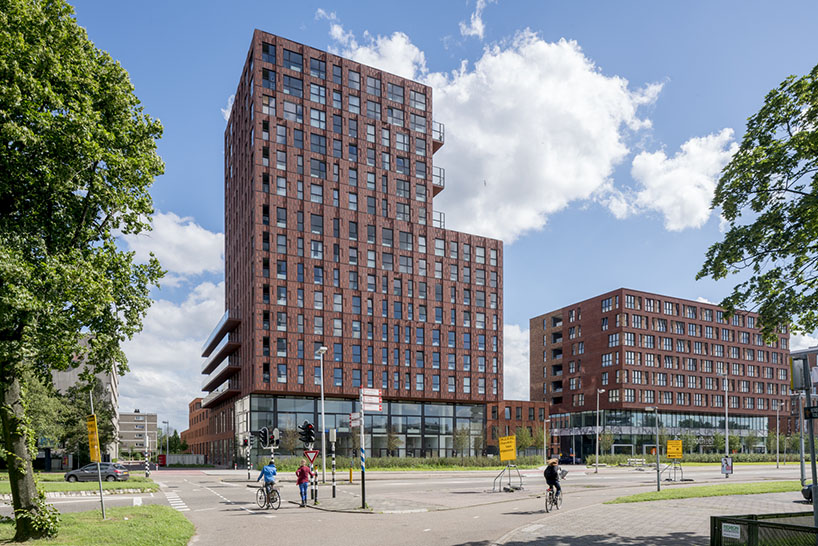 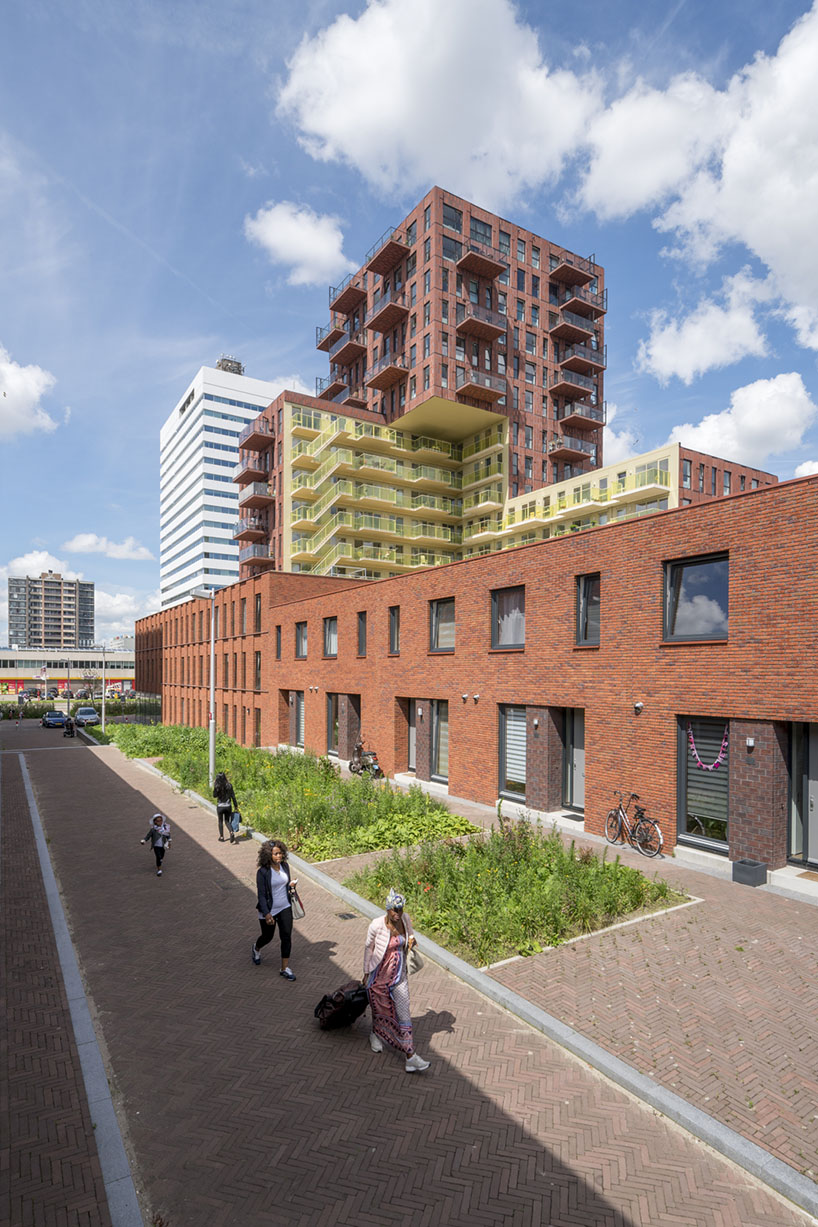 15 units are designed for autistic youths, while 9 are live-work spaces
image by ossip van duivenbode 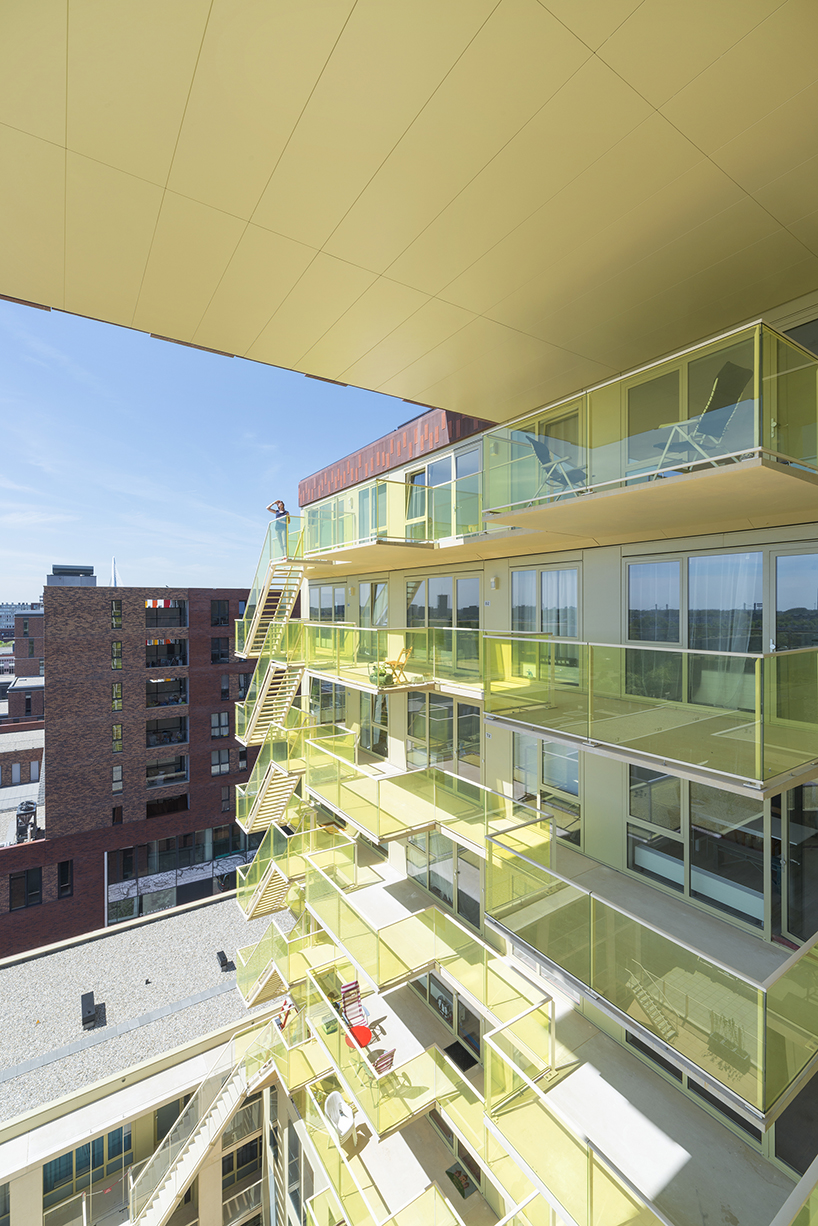 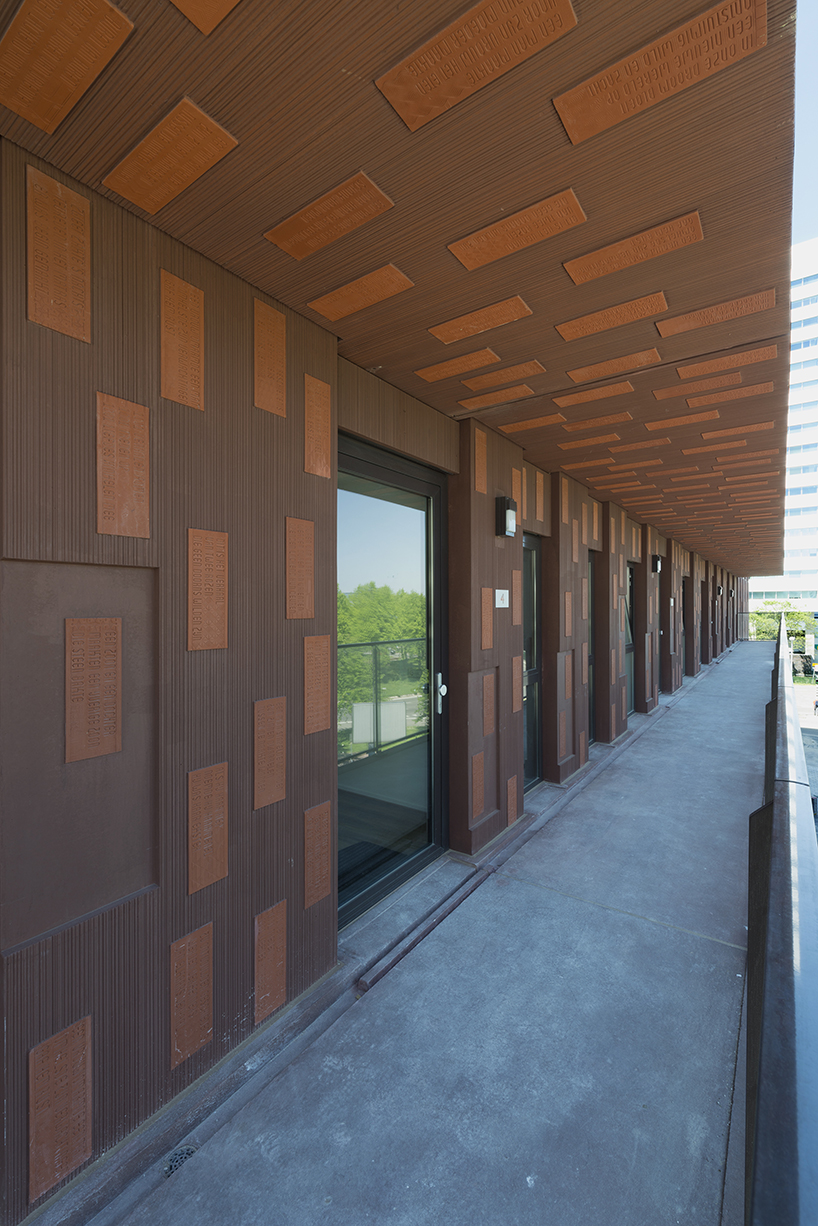 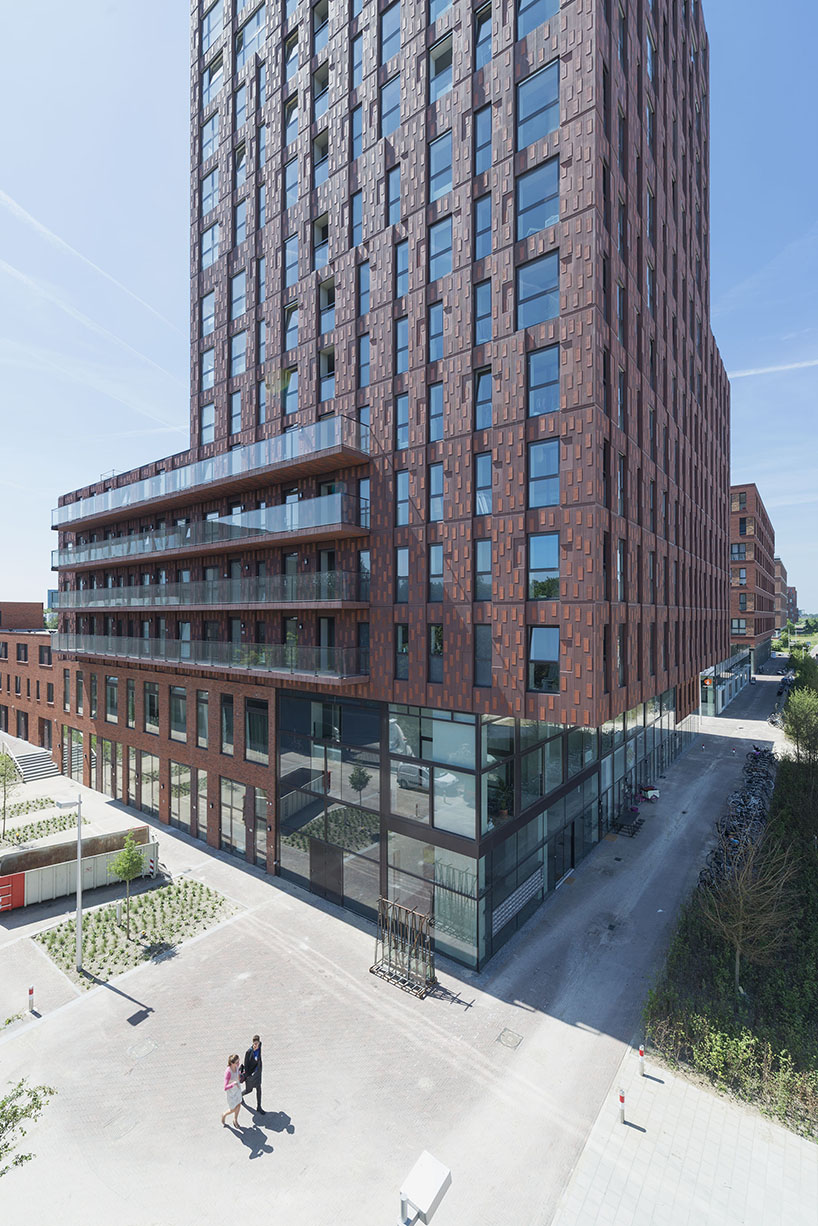 the tiles can be read as a collection, or unrelated
image by jeroen musch 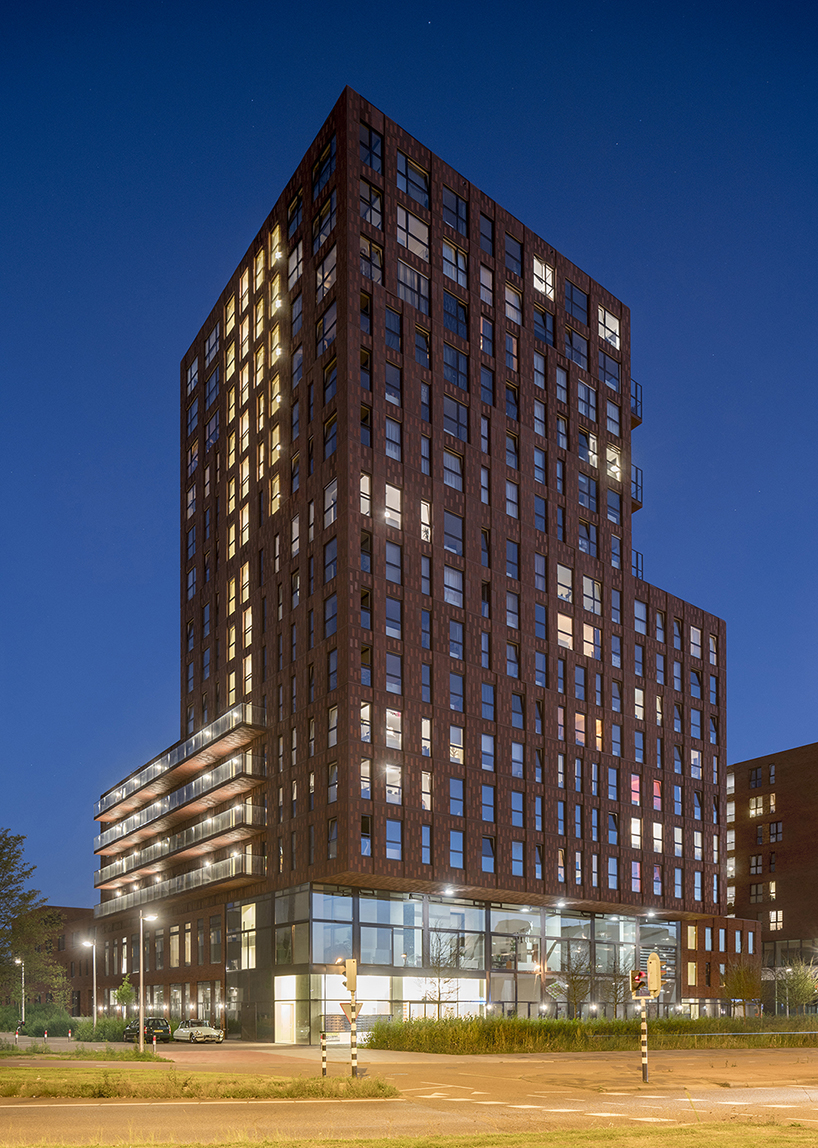 the tower is vertically alligned, and soars above the surrounding buildings
image by ossip van duivenbode 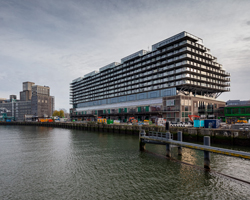 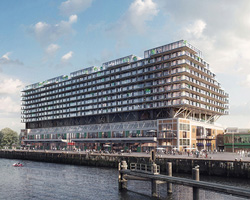 Aug 25, 2015
mei architects to redevelop fenix I warehouse in rotterdam 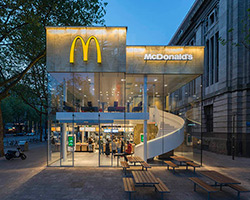