since it was announced that zaha hadid will undertake the construction of toyko’s national stadium for the 2020 olympics, concerns were raised regarding the size and scale of the design. consequently, a group led by architects toyo ito and fumihiko maki have launched a petition, calling on local and national authorities to defend and protect the city’s meiji jingu gaien stadium and its neighboring gardens. the appeal seeks to find a solution that pays more attention to human scale, ethics and the integration of public green space. 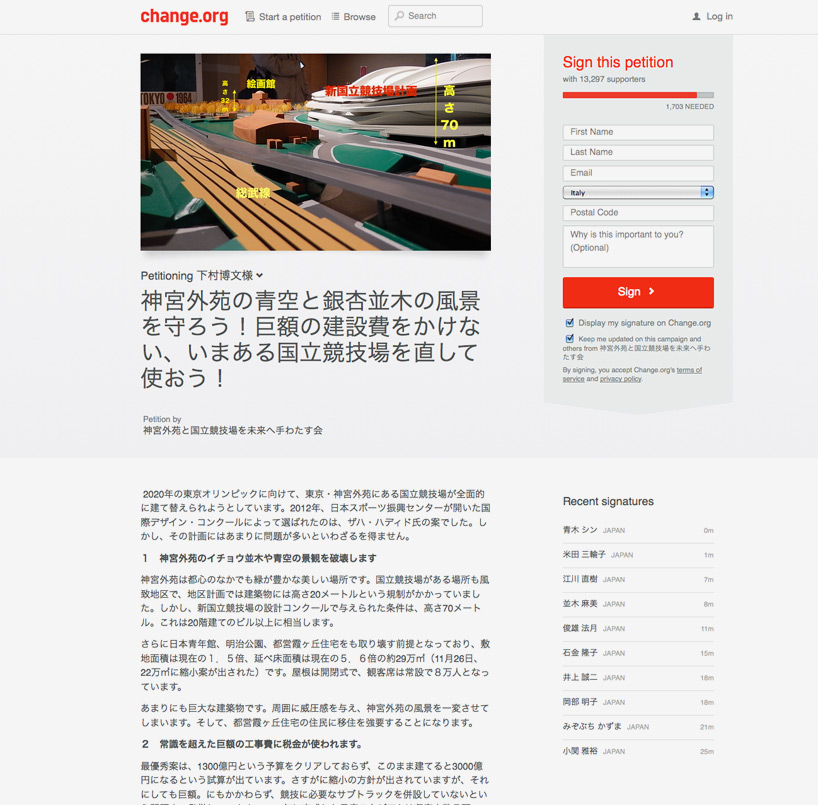 hadid’s stadium reaches a total height of 70 meters, the equivalent of a 20 storey building, dominating – and arguably overpowering – its surroundings. the group called for the arena to be reduced from 80,000 seats to 50,000, with temporary seating accommodation for large and global events. responding to these points, toyo ito has sought to find a more viable solution, with a plan that involves the upgrading of the existing stadium without disturbing either the environment or the community.

in addition, professor nasrine seraji, dean of école nationale superieure d’architecture paris-maraquais has made a statement about the proposed demolition which can be read here.

at the time of writing, the petition needs another 1,700 signatures in order to lodge an official challenge, and can be signed at change.org. 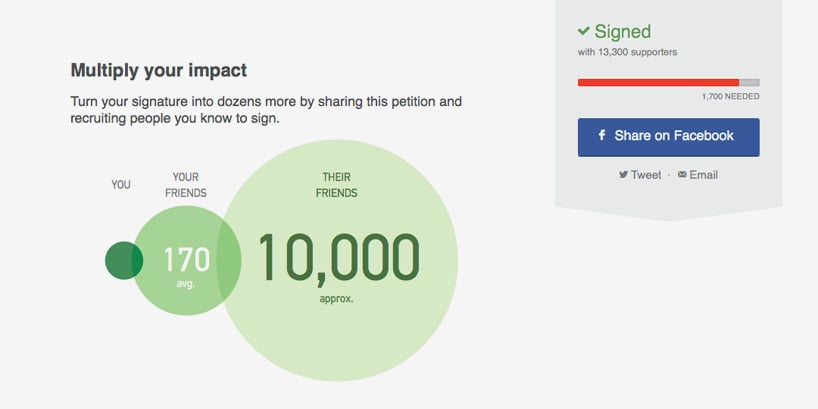 the appeal is being hosted change.org 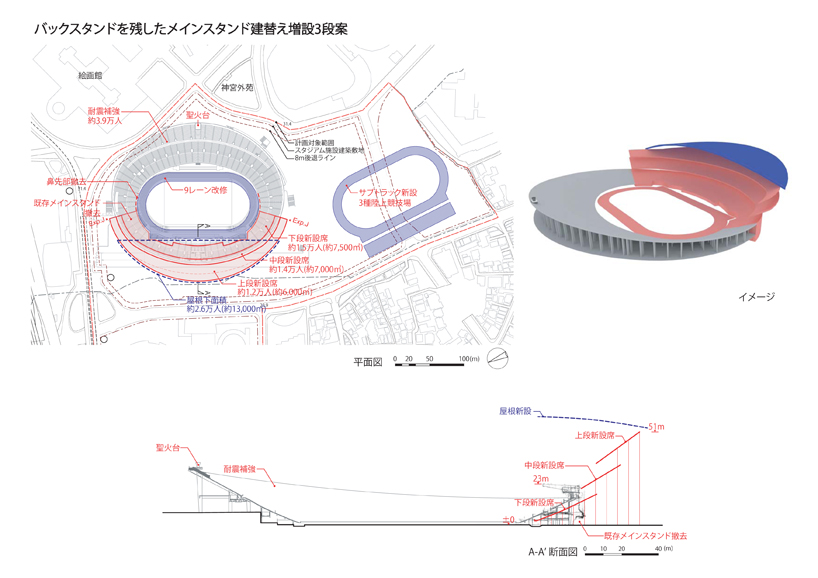 updated: we have updated this article on may 23rd, 2014 with two images depicting toyo ito’s plan for upgrading tokyo’s existing national stadium; including a statement by professor nasrine seraji, dean of école nationale superieure d’architecture paris-maraquais regarding this issue.