japan-based architecture practice mejiro studio has sent us images of ‘SGC’, a three-storey private dwelling in downtown tokyo. working with the slim plot in between two adjacent buildings, the design adopts a layout that clearly defines two areas that taper in towards the centre to accommodate a parking space for a single car. 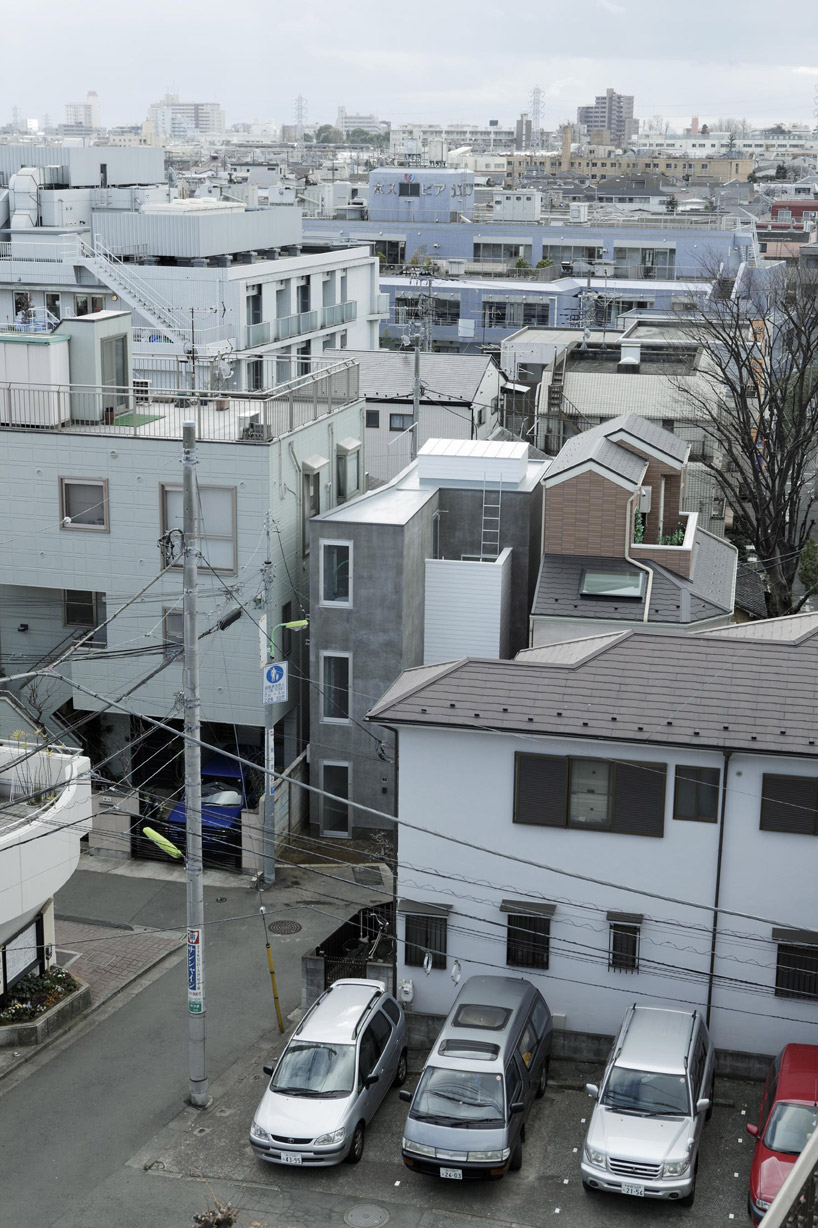 featuring a simple street facade to the front, the house reads as a tall grey volume with a smaller white box inserted mid-height. the latter form frees up the ground floor for the parking space and accommodates a guest room and outdoor terrace. unassuming in its appearance, the main entrance is tucked in under the floating volume, creating a sheltered and private doorway. 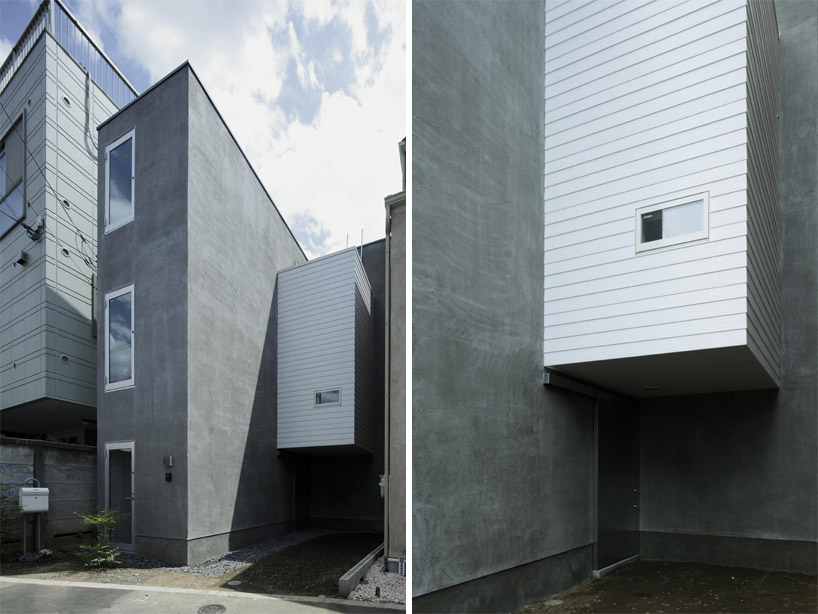 taking advantage of the thin middle that generates two different areas on each floor, the interior lacks wall partitions and remains open. a spatial hierarchy is set for private programs, which rests at the top level in descending order. built in storage units eliminate the need for additional furniture objects, keeping the circulation and living space uncluttered and open. natural daylight intake is secured through the gap that the design left between the house and the neighbouring structure. 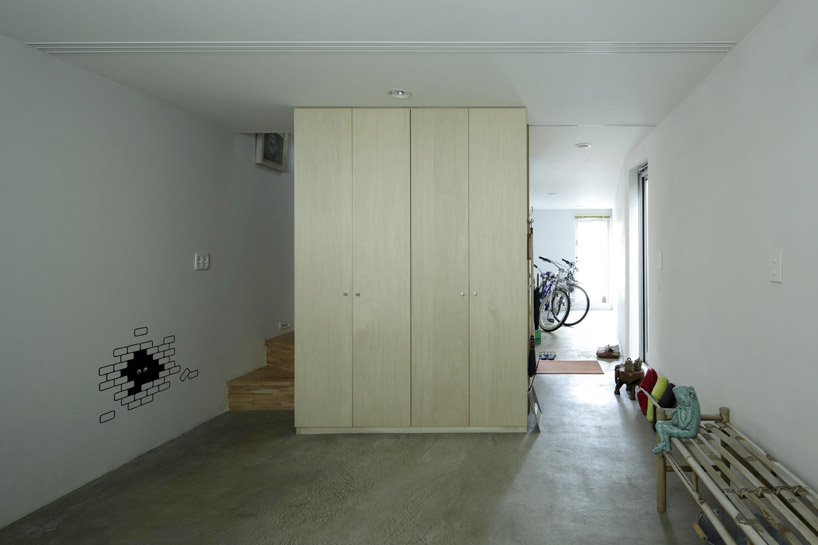 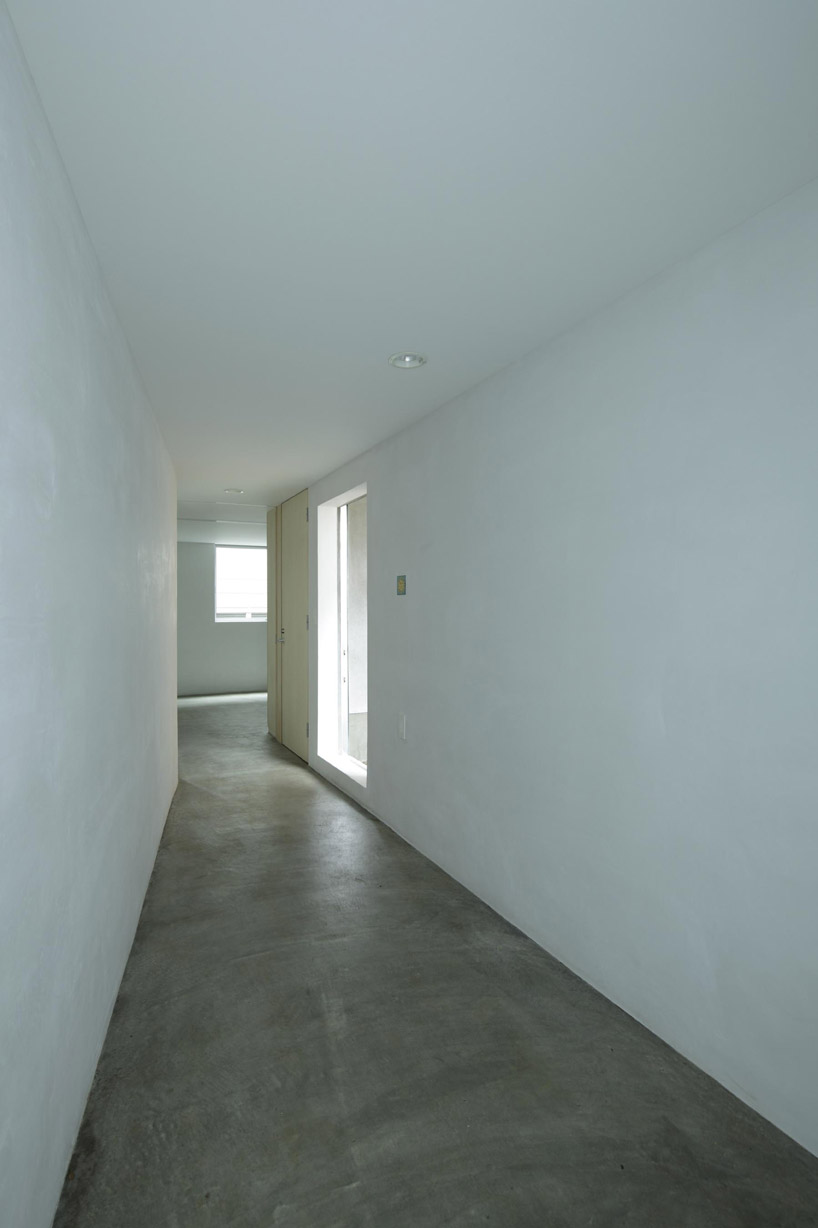 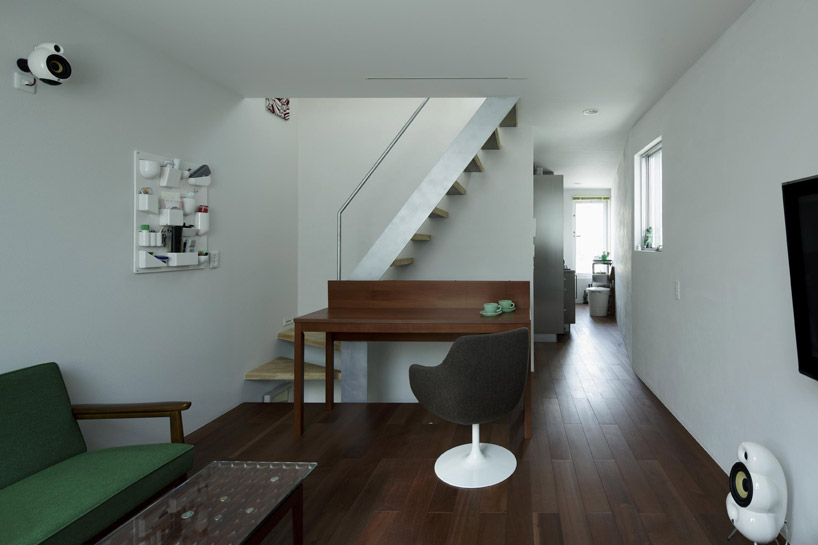 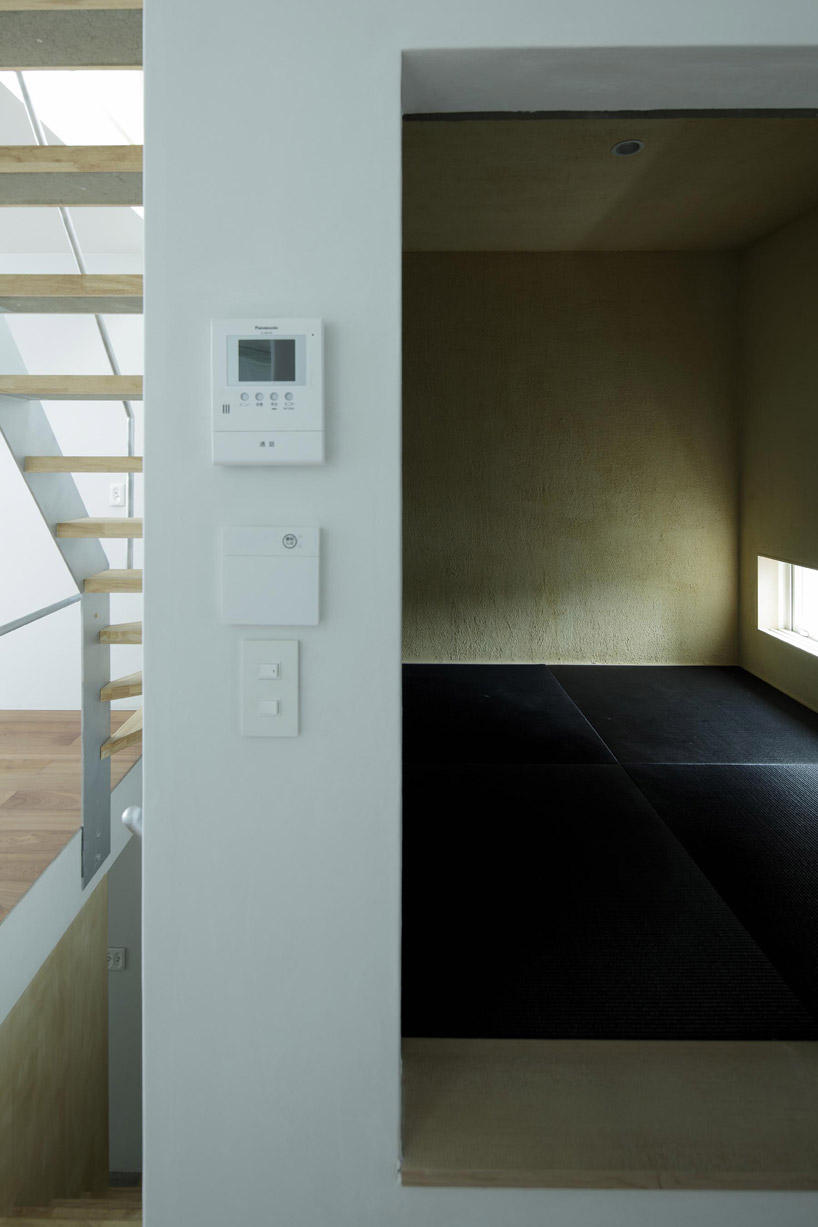 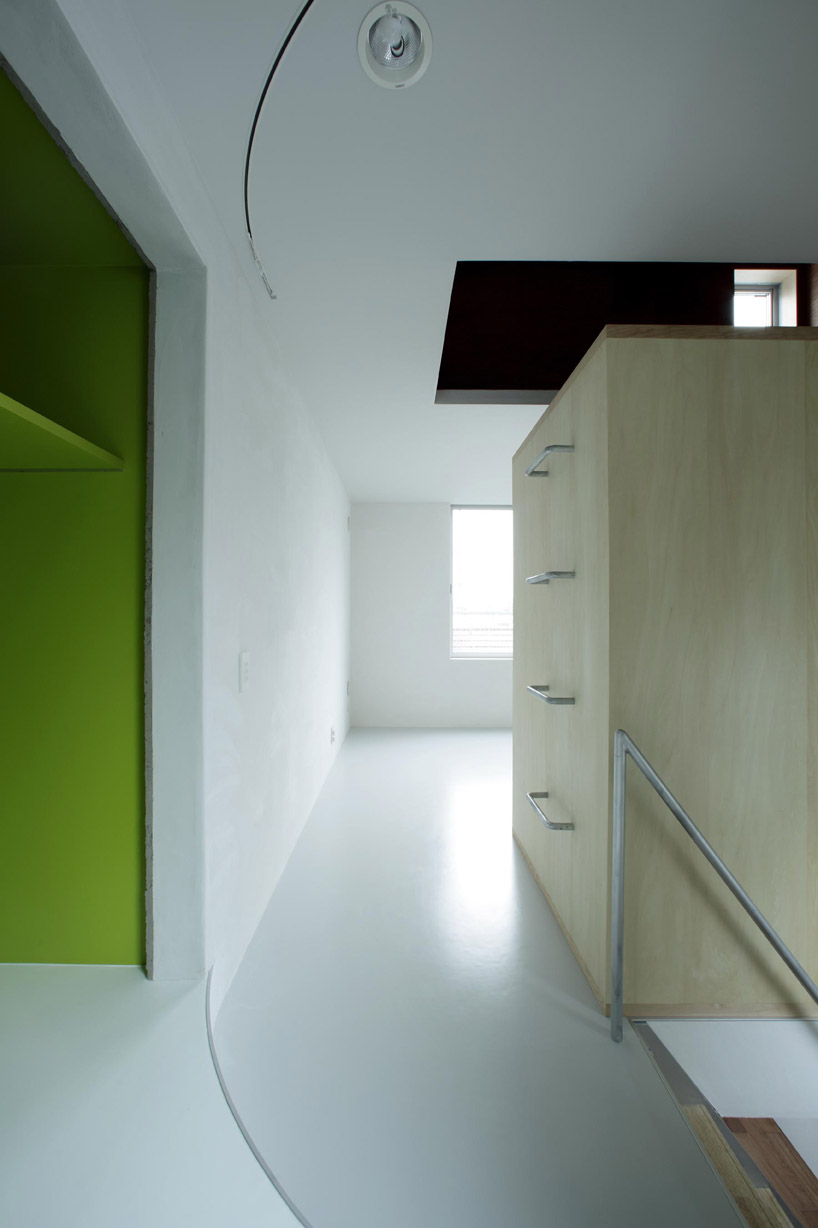 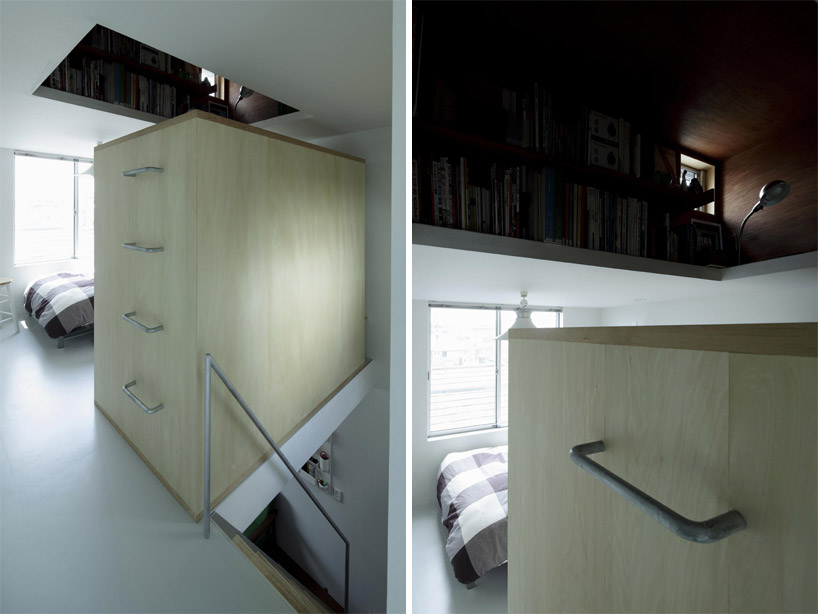 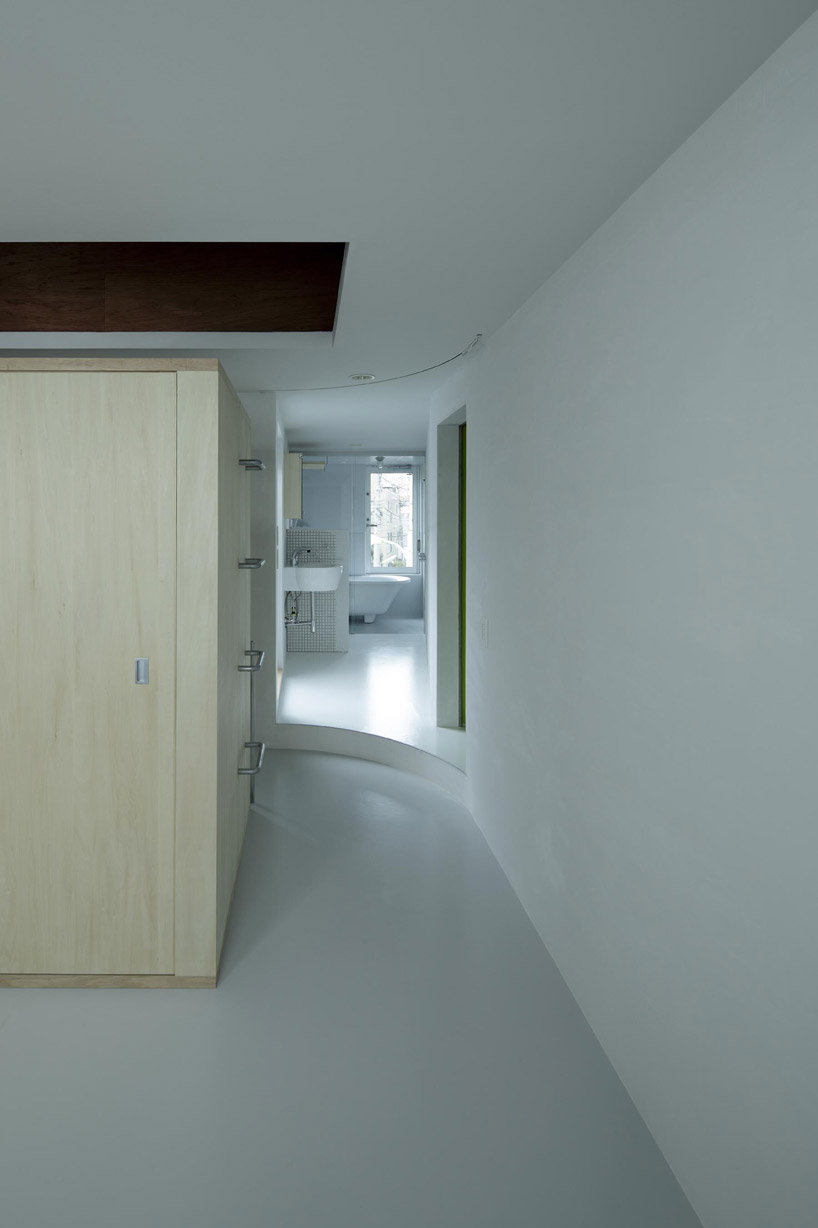 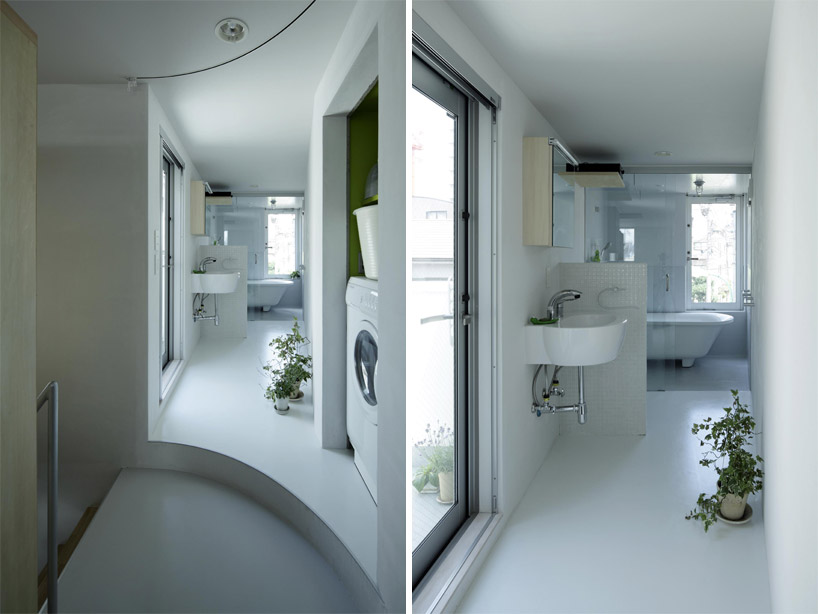 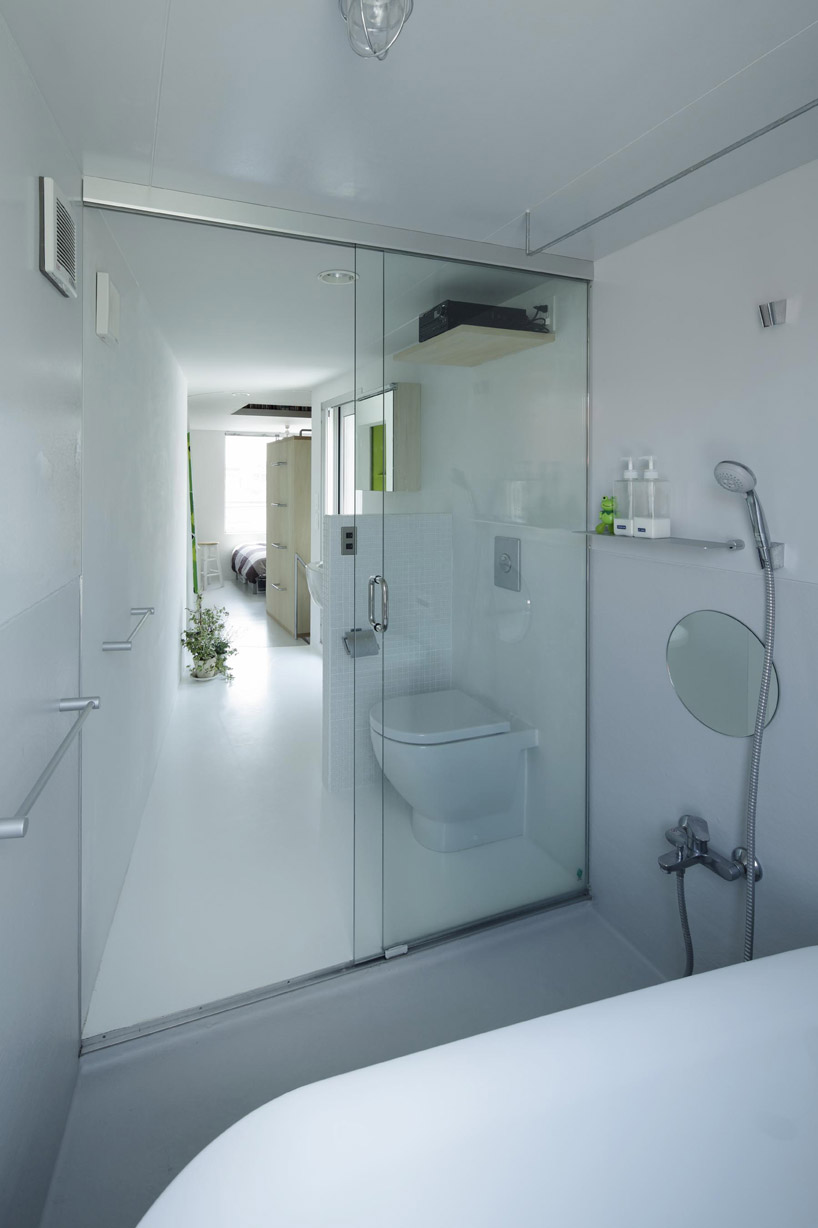 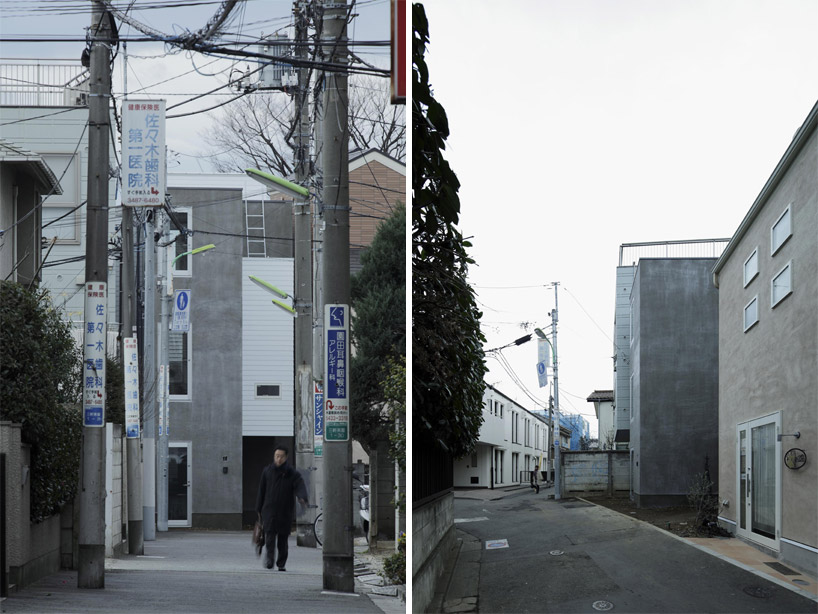 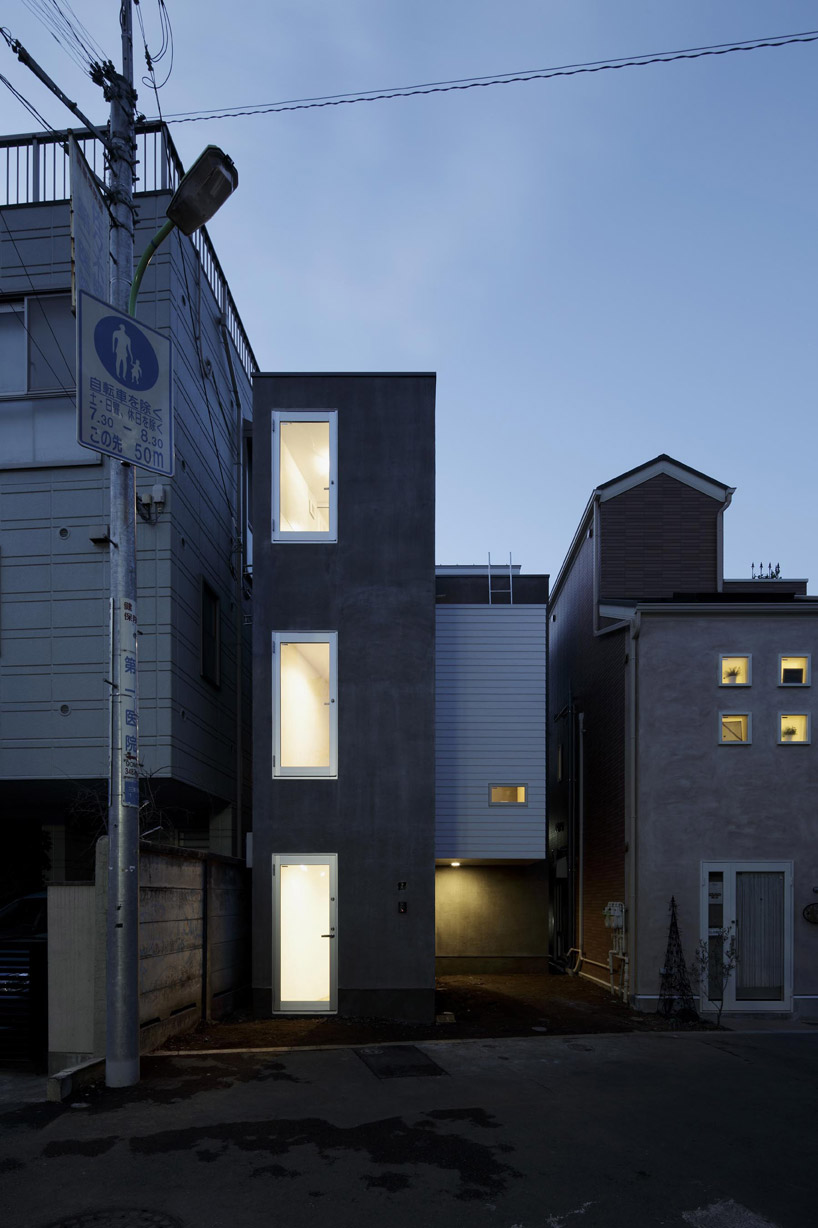