spanish architecture studio menis arquitectos won the competition for the jordanek music hall in torun, poland. the city is embarking on the project in an effort to win the bid to become the european capital for culture 2016. the new music hall aims to bring a world-class venue to the UNESCO protected old town in torun. the building site’s on a large plot, most of which will be used for park space. to keep the building unimposing, the architects kept it as low as possible. brick will be used on the interior to recall the brick facades of the historic buildings nearby and the exterior will be a light concrete that is intentionally cracked to reveal the red brick inside. fernando menis designed the interior space to be very flexible, modelling it after the polish dish zurek (a soup served in a hollowed out bread bowl). 2 halls dominate the space, a smaller one seating 1000 and the main one, which seats 3000. however these two halls are parallel and can be combined for big performances. the music hall is set for completion in 2012. 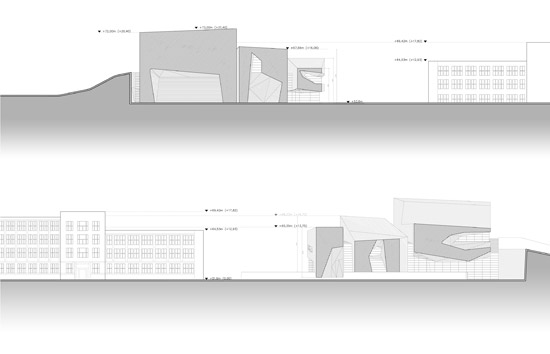 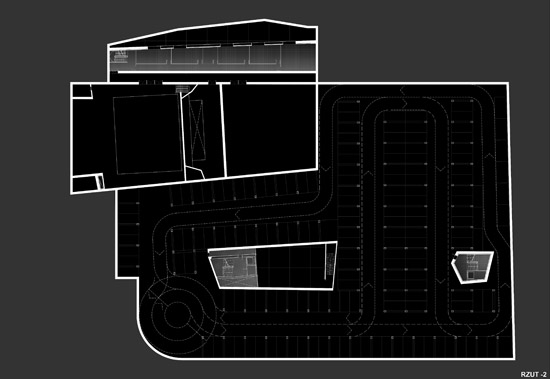 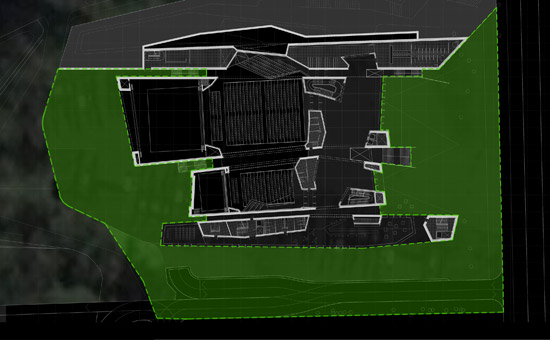 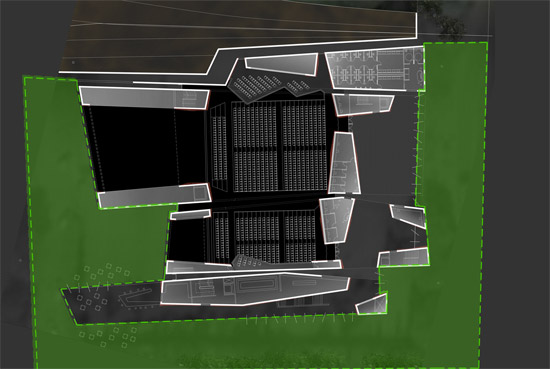 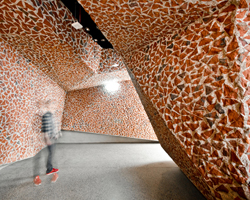 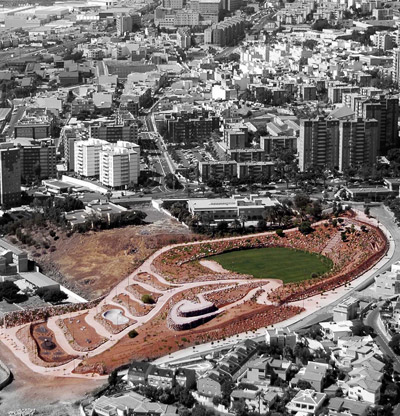 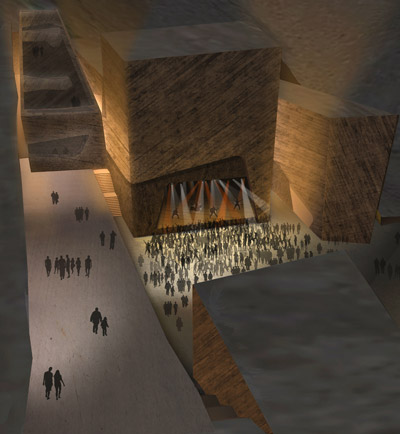