spanish studio mestura arquitectes has completed a fire station in gava, barcelona, spain. informed by the virtually untouched landscape, the design is composed of low, modest volumes that respect both the site and the larger environmental setting. drawing from the interactions between place, function, accessibility and orientation, the structure seeks to mitigate its presence while remaining highly efficient and convenient.

view from across turn-about

structured around a large turn-about, the l-shaped form distinctively divides programmatic functions with one wing acting as the bay, the other the station house. consisting of three defined volumes, the unit contains a series of highly structured spaces and light-filled rooms. 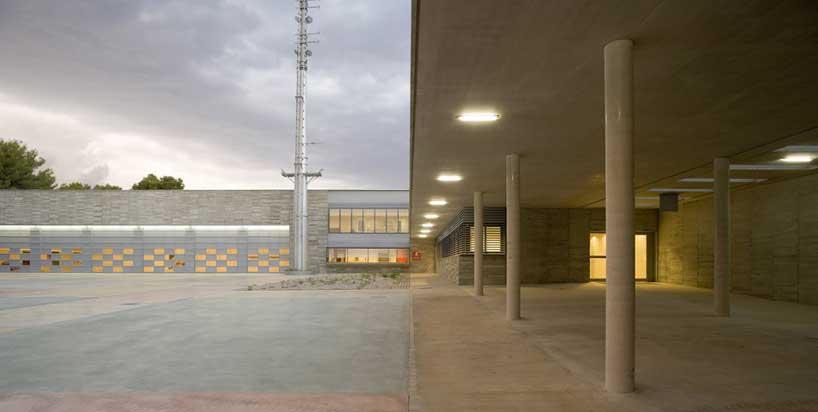 on the street side elevation, a translucent upper half lightens the mass, gradually integrating the stone clad structure into the surrounding environment. neutral bricks surrounding the ground level generates a pseudo-urban relationship between the structure and the road, the only other indication of intervention in the area. 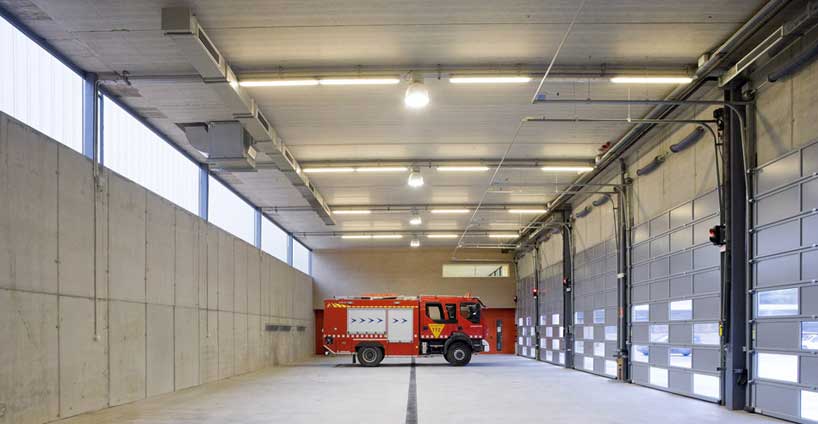 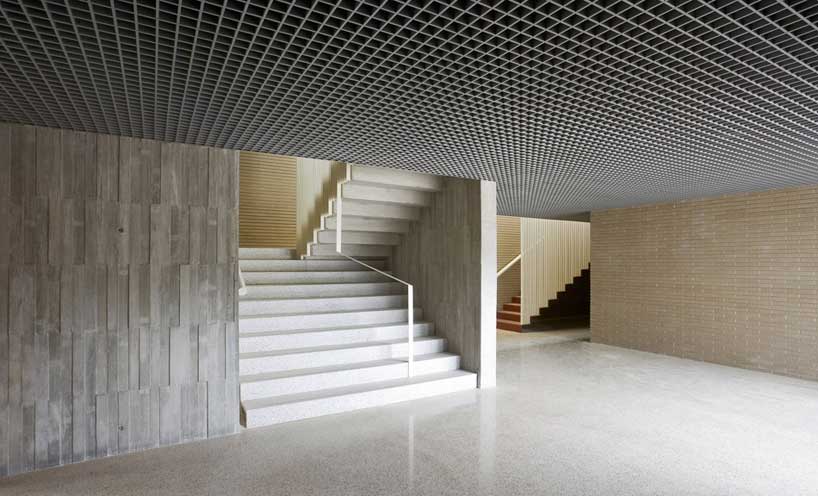 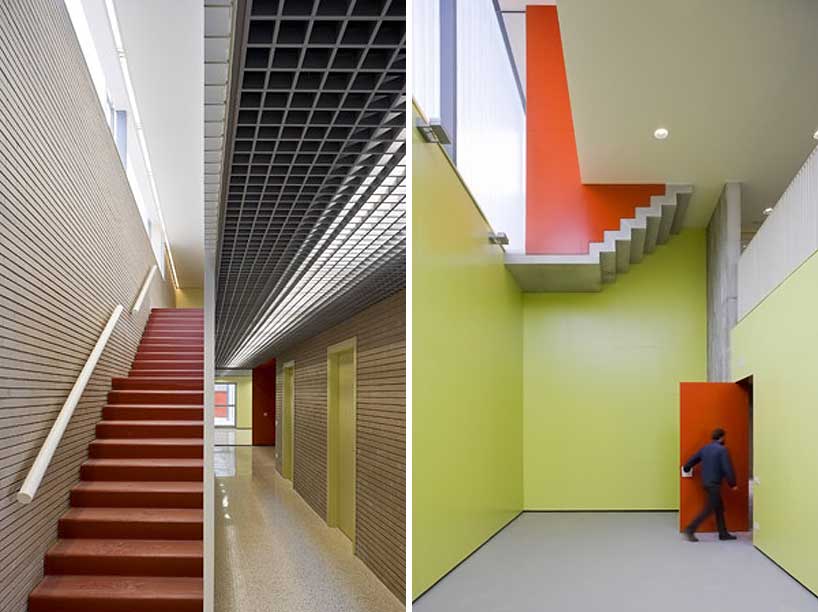 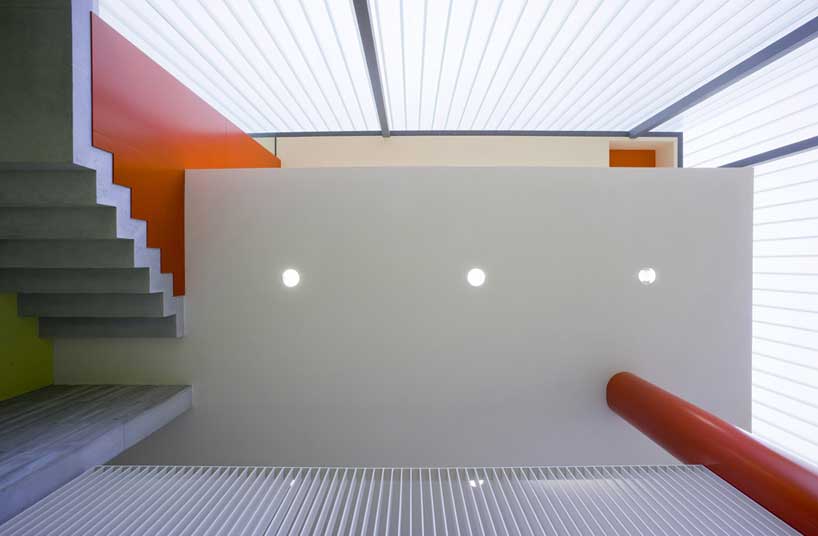 looking up at suspended floor surrounded by translucent panels 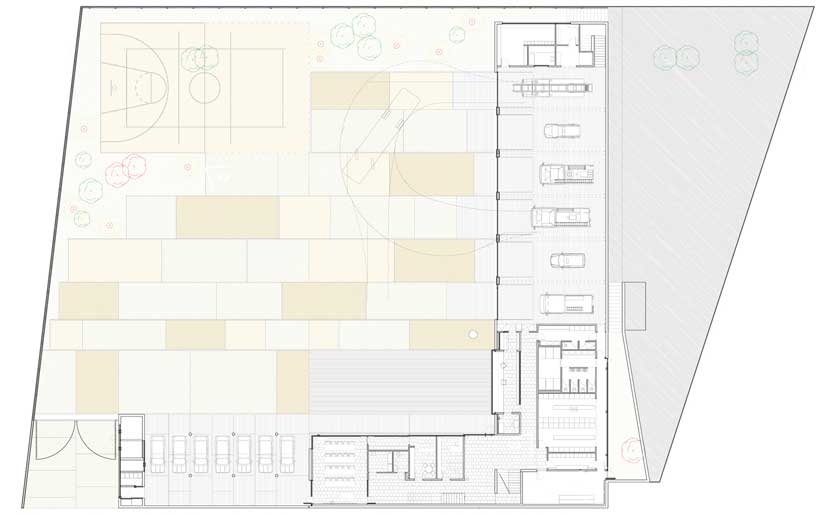 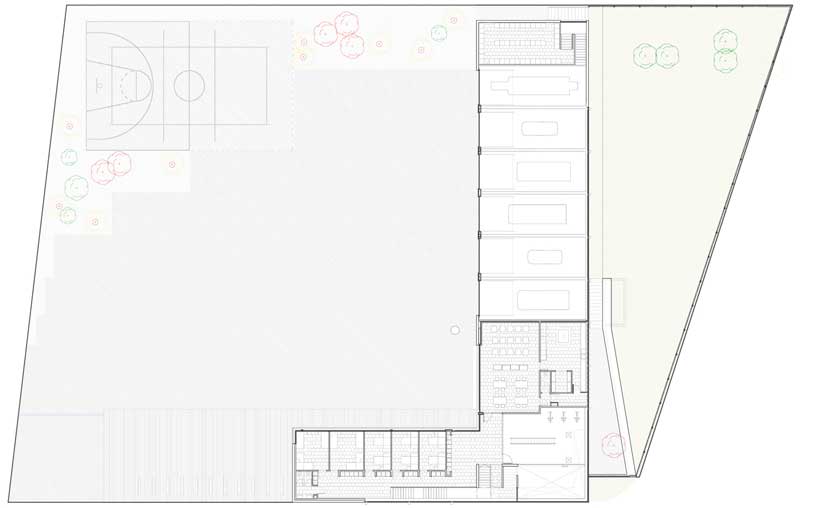