in a suburban region of são paulo, brazilian practice metro arquitetos associados has completed a residential dwelling consisting of two stacked volumes. the majority of the scheme’s program is found within a ground floor that stretches across the width of the plot, containing both living and sleeping accommodation. above, the partially cantilevered second storey houses an office that overlooks the enclosed garden at the rear of the site. 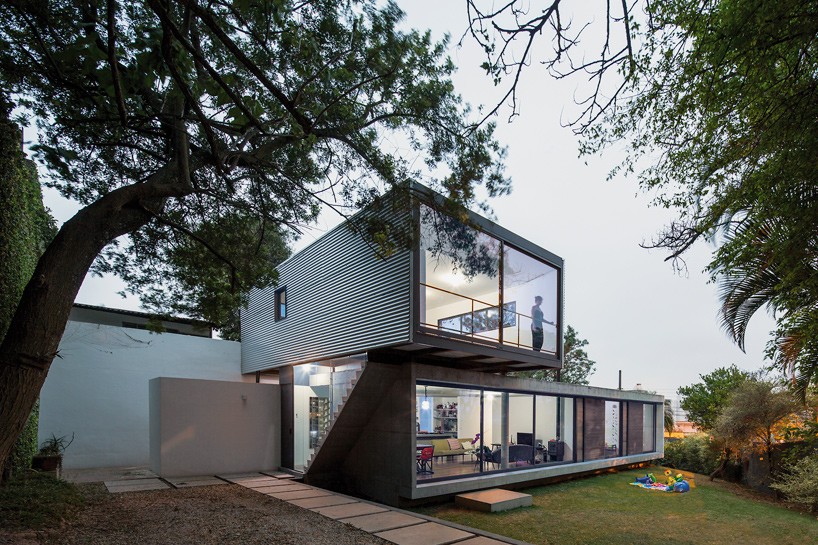 the building is constructed from reinforced concrete, with enclosures made from concrete, glass and wood. a narrow gap between the floor beam and the roof slab accentuates the idea of two independent volumes, united by an external stairway positioned outside the property. 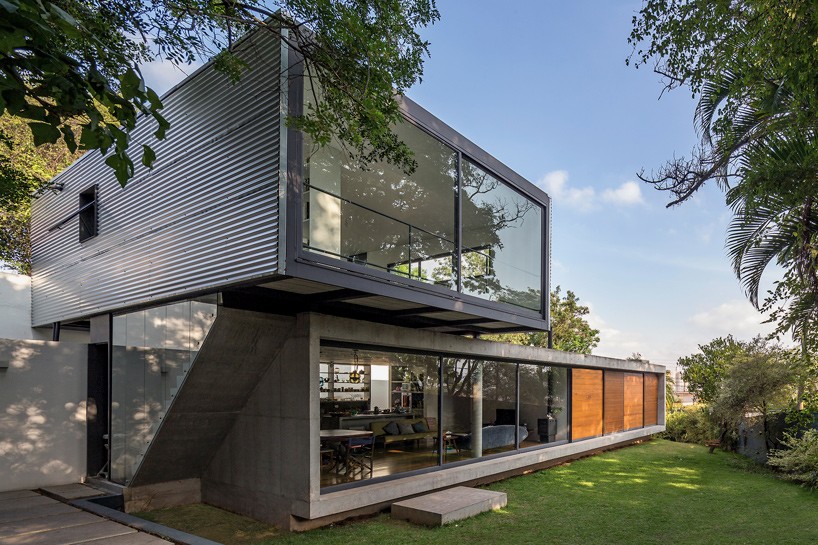 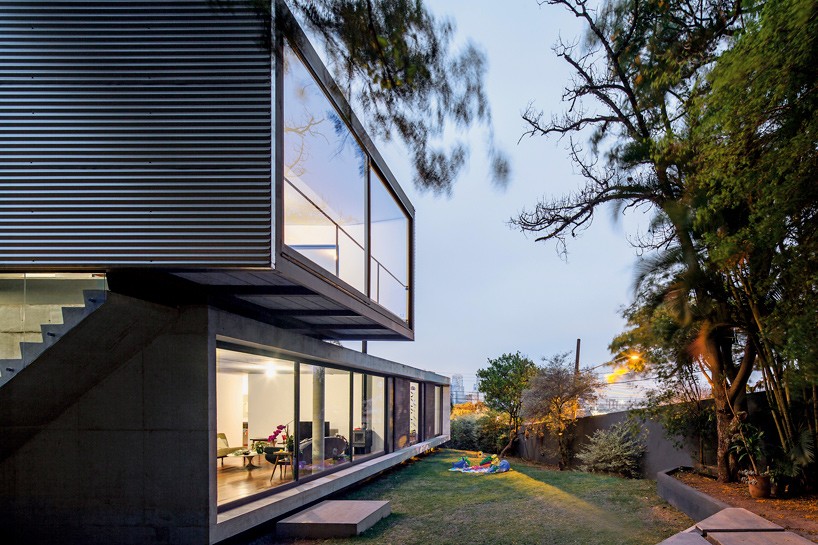 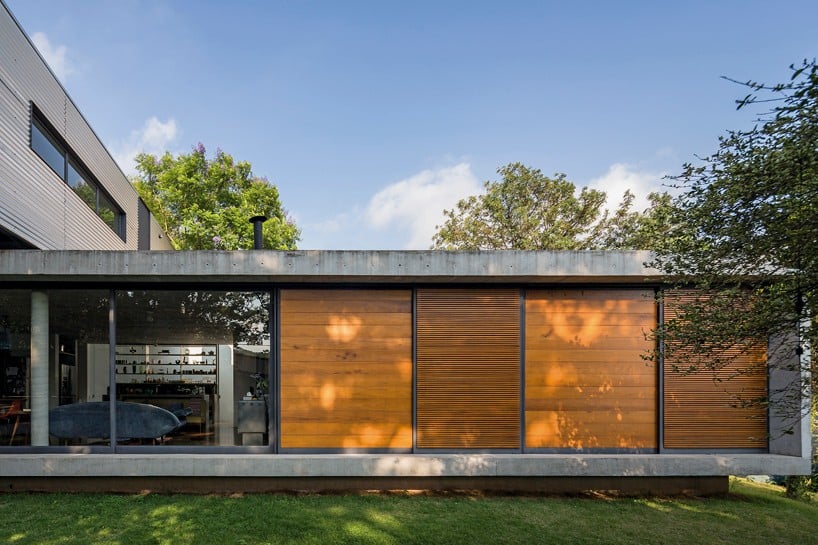 enclosures are made from a combination of concrete, glass and wood
image © leonardo finotti 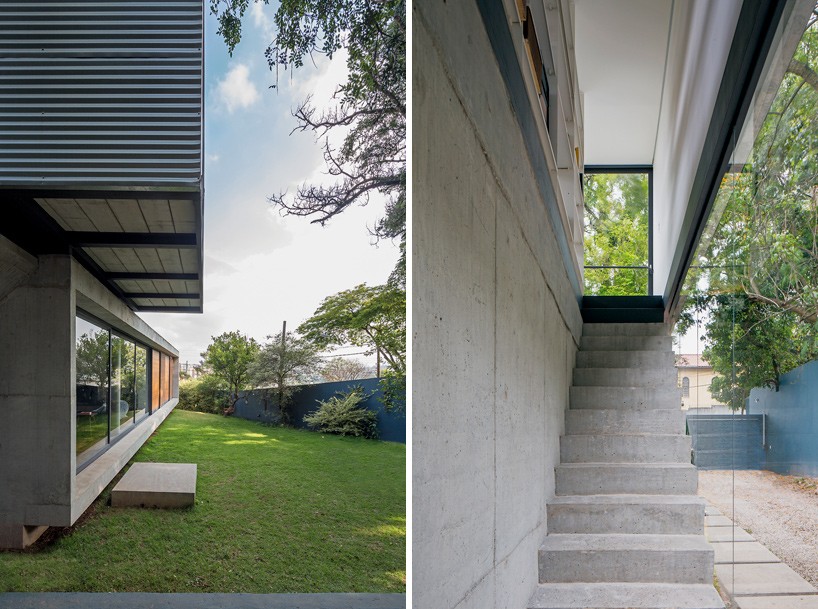 an external stairway is positioned alongside the property
image © leonardo finotti 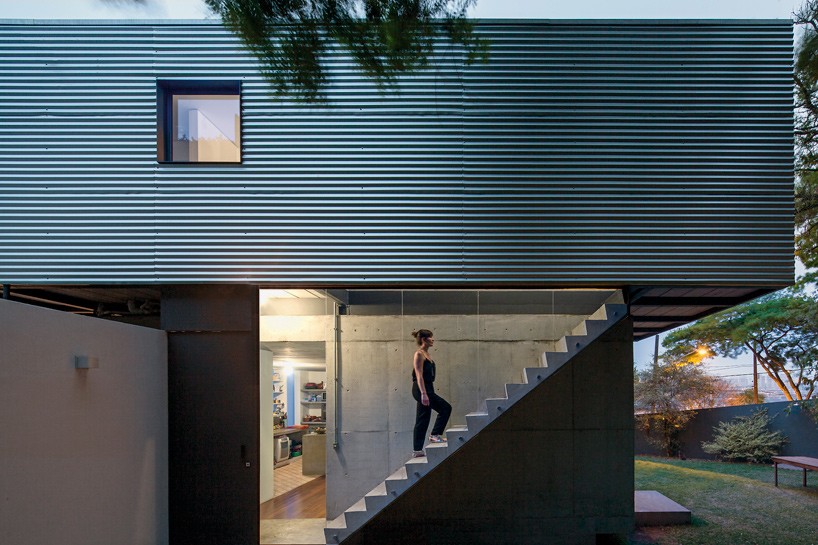 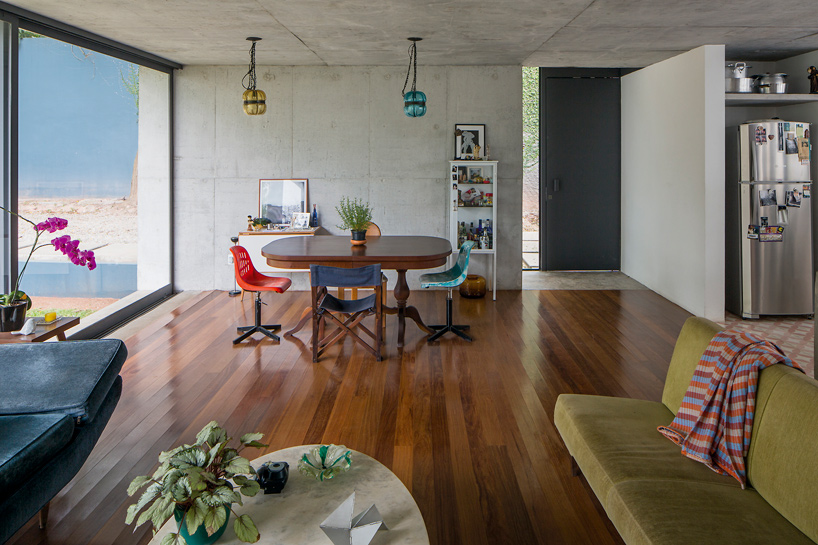 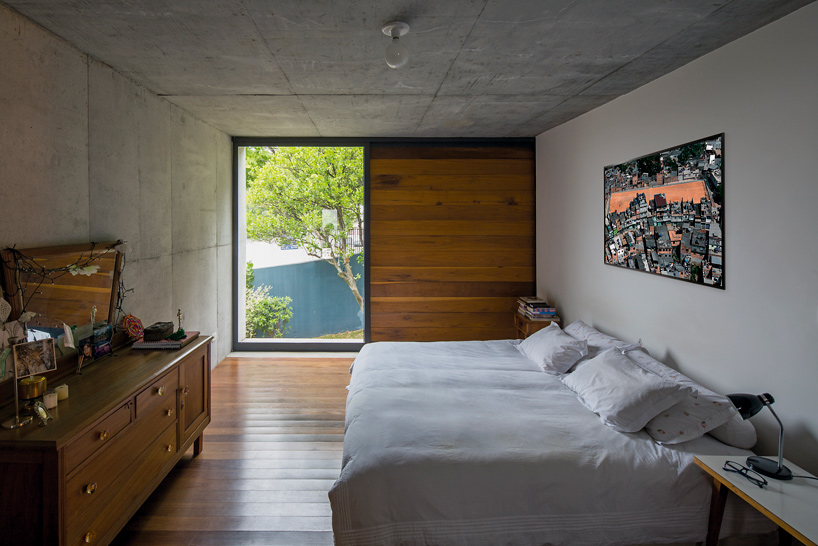 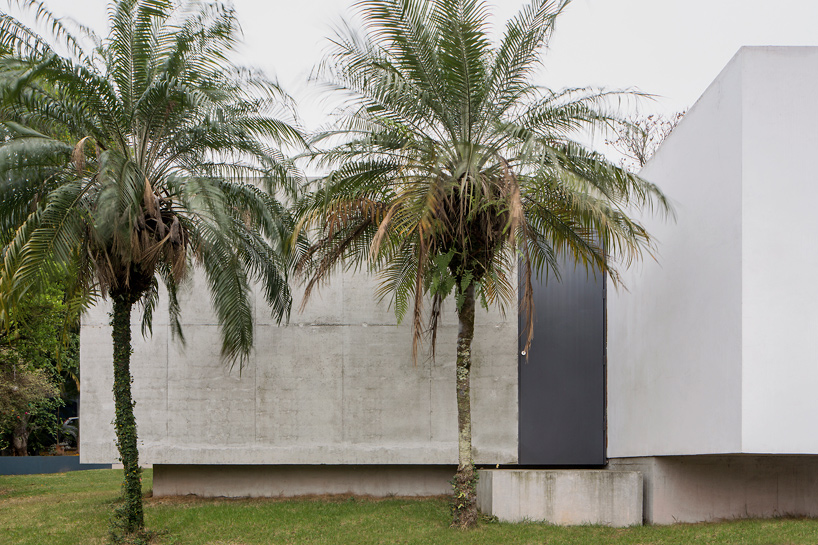 the house is constructed from reinforced concrete
image © leonardo finotti 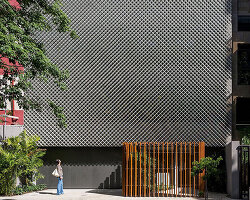 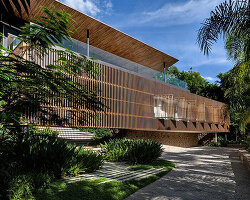 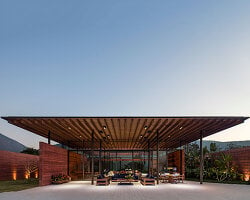 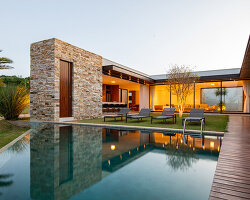 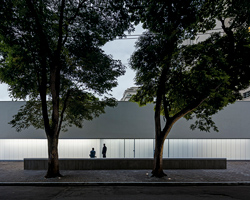 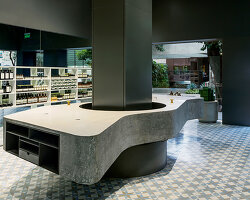 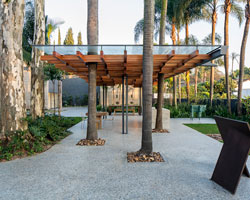 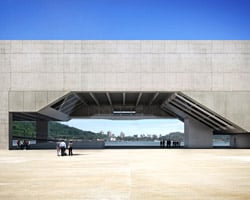